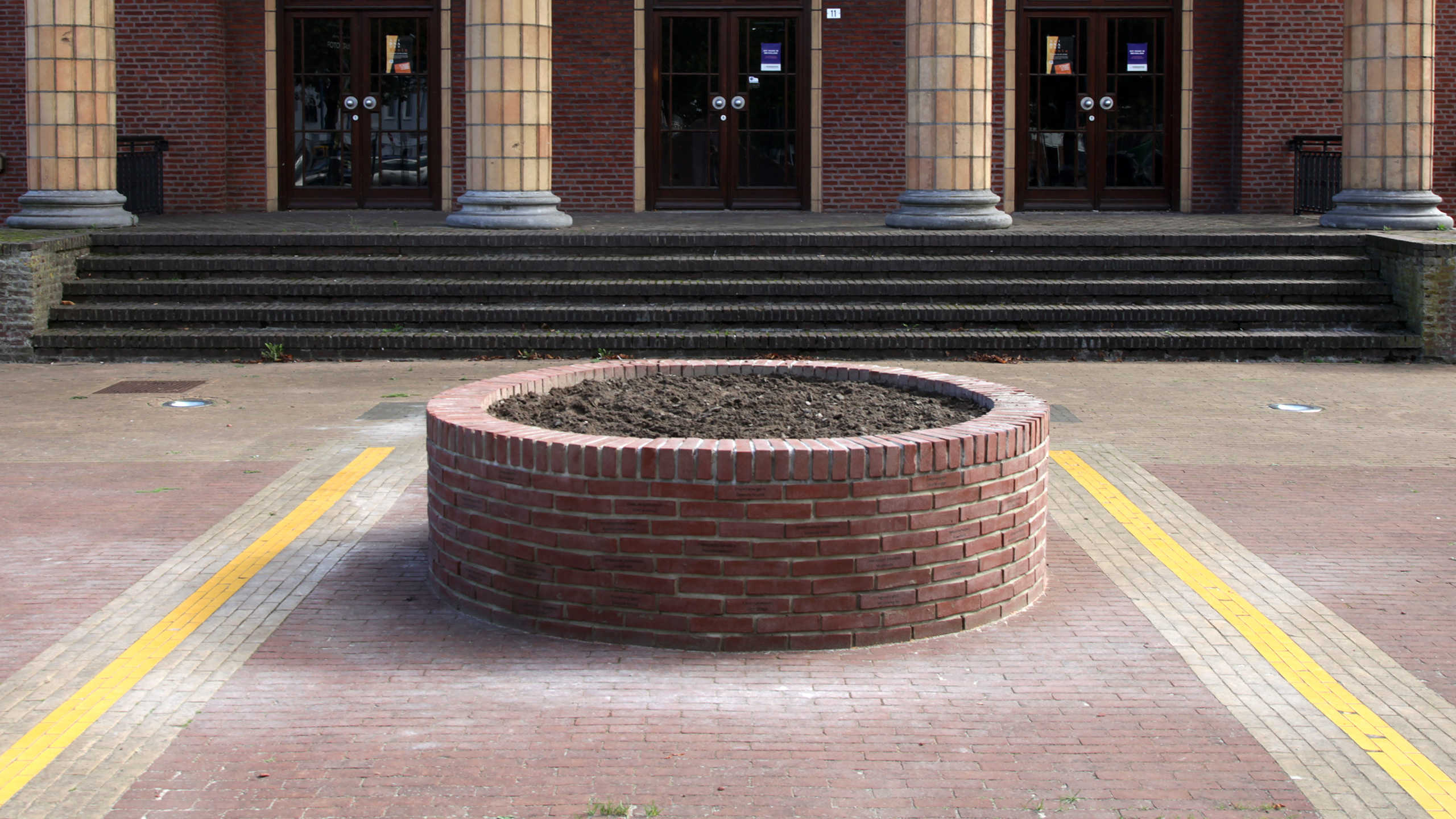 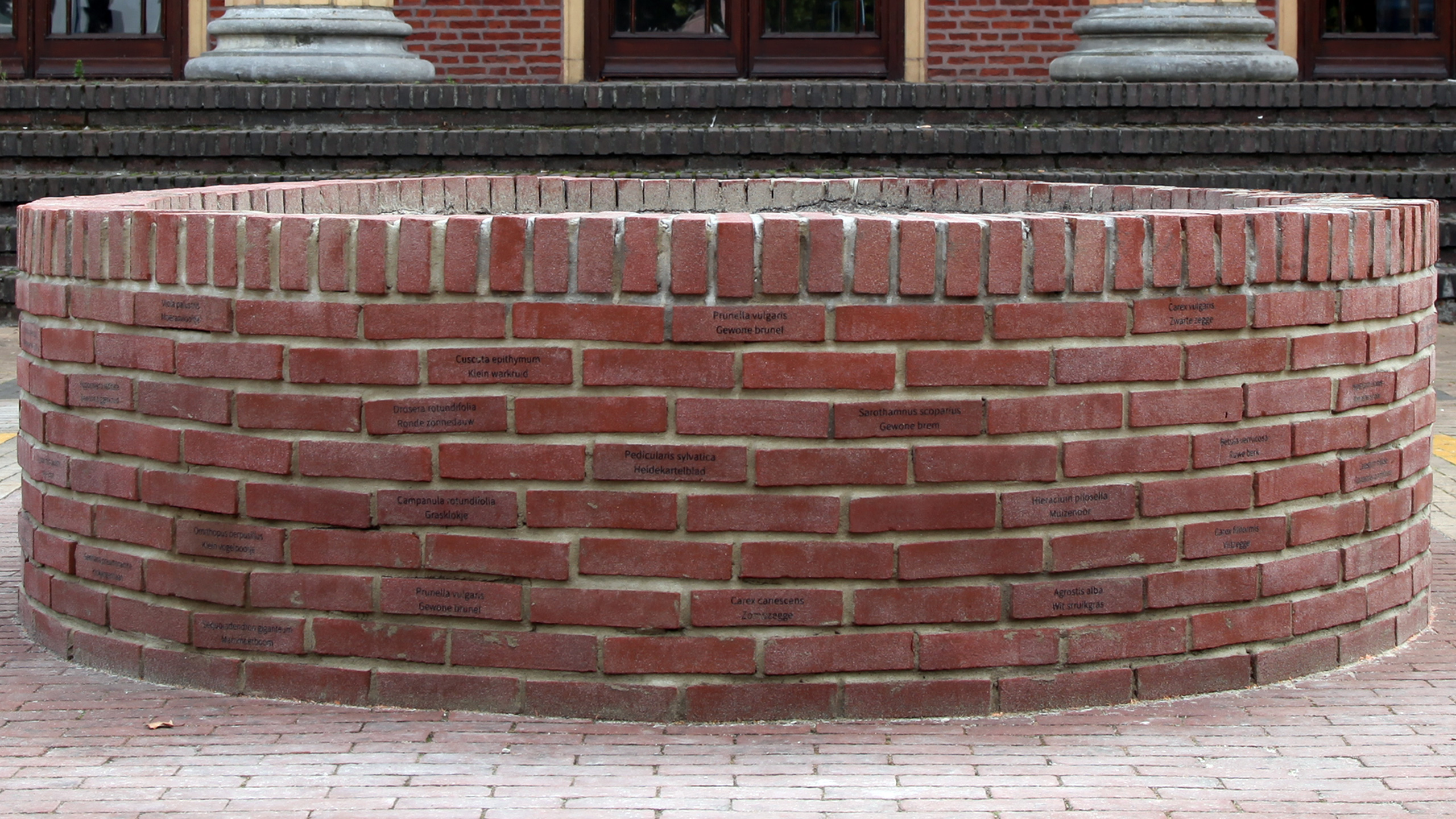 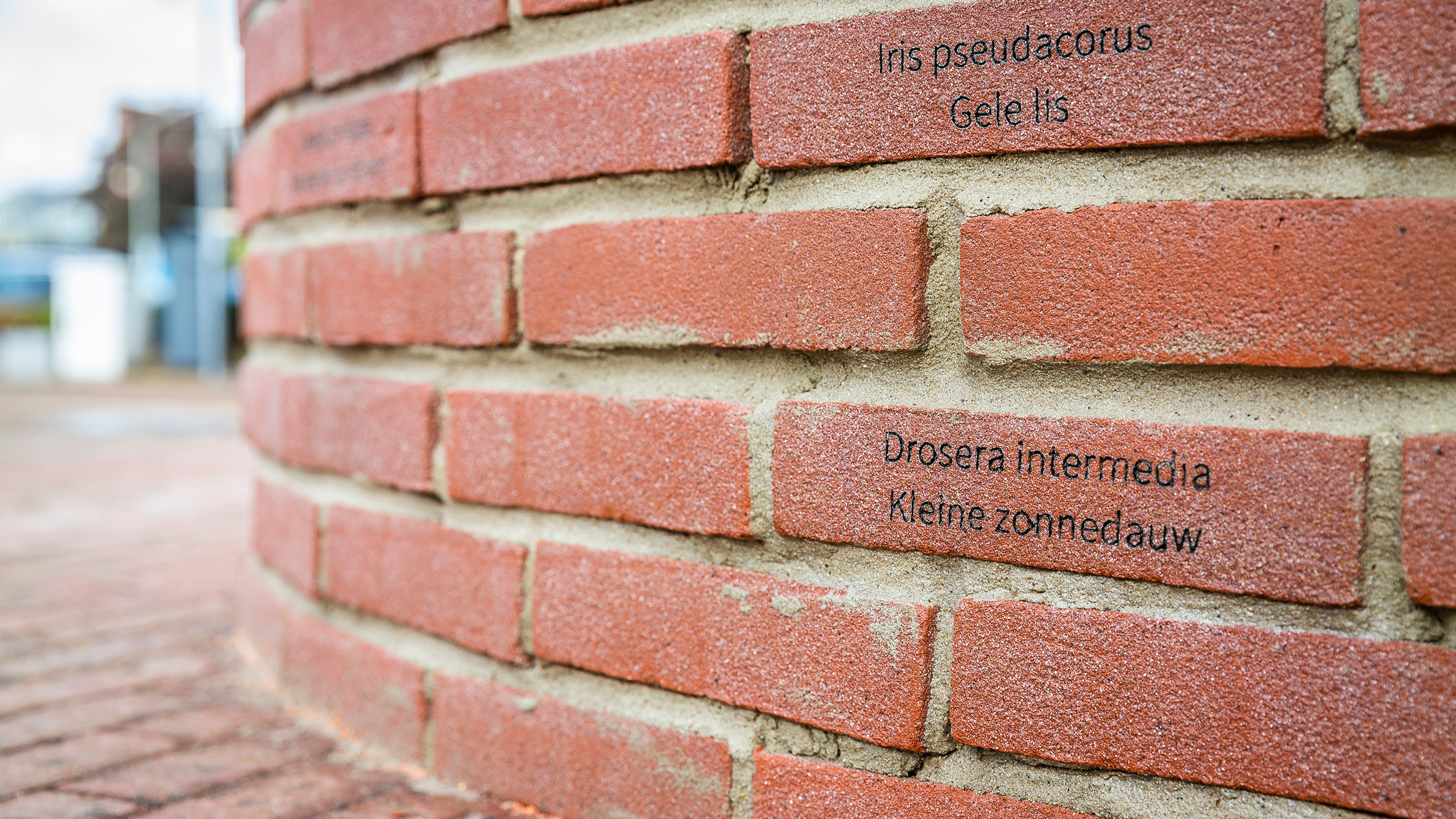 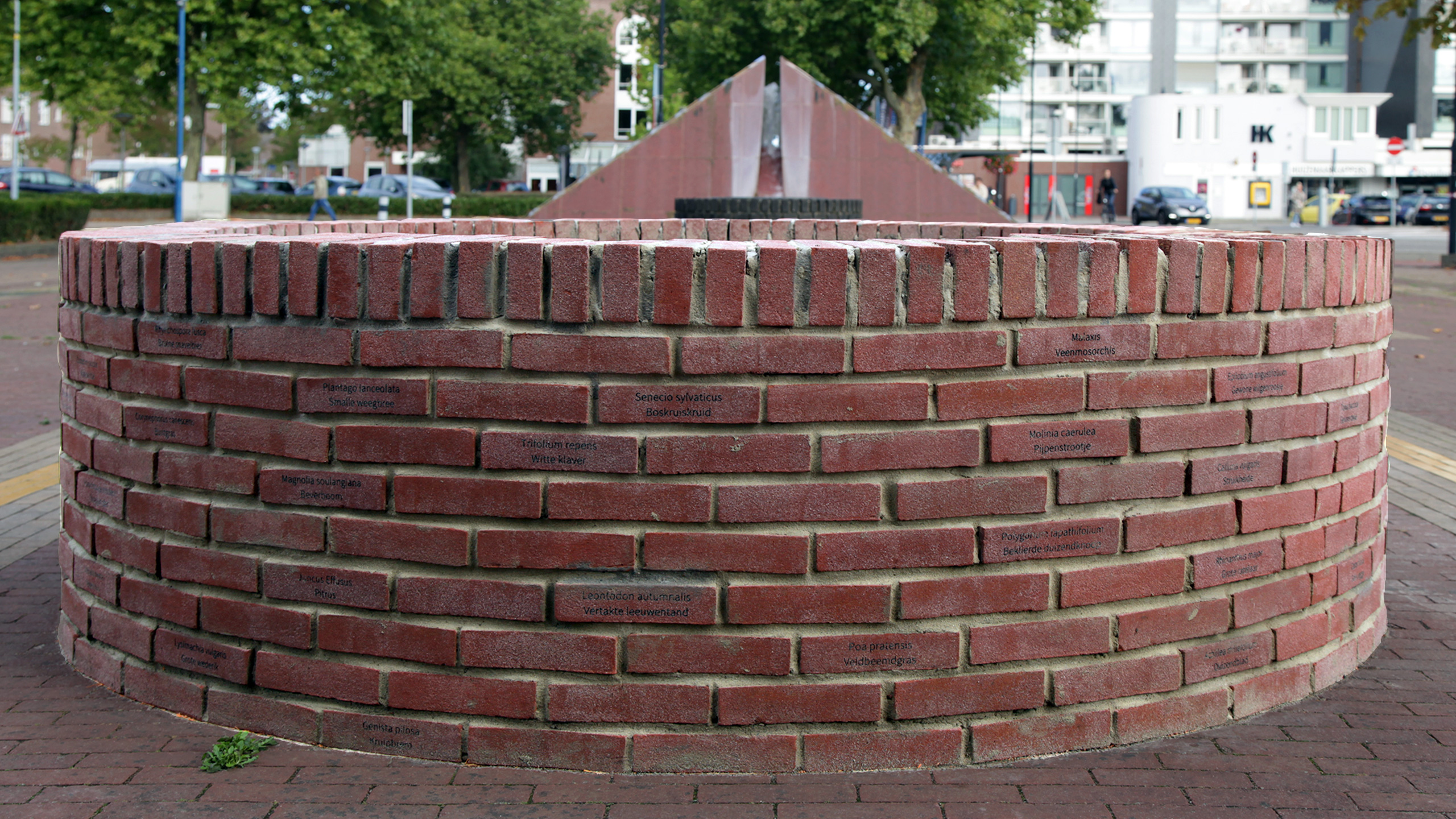 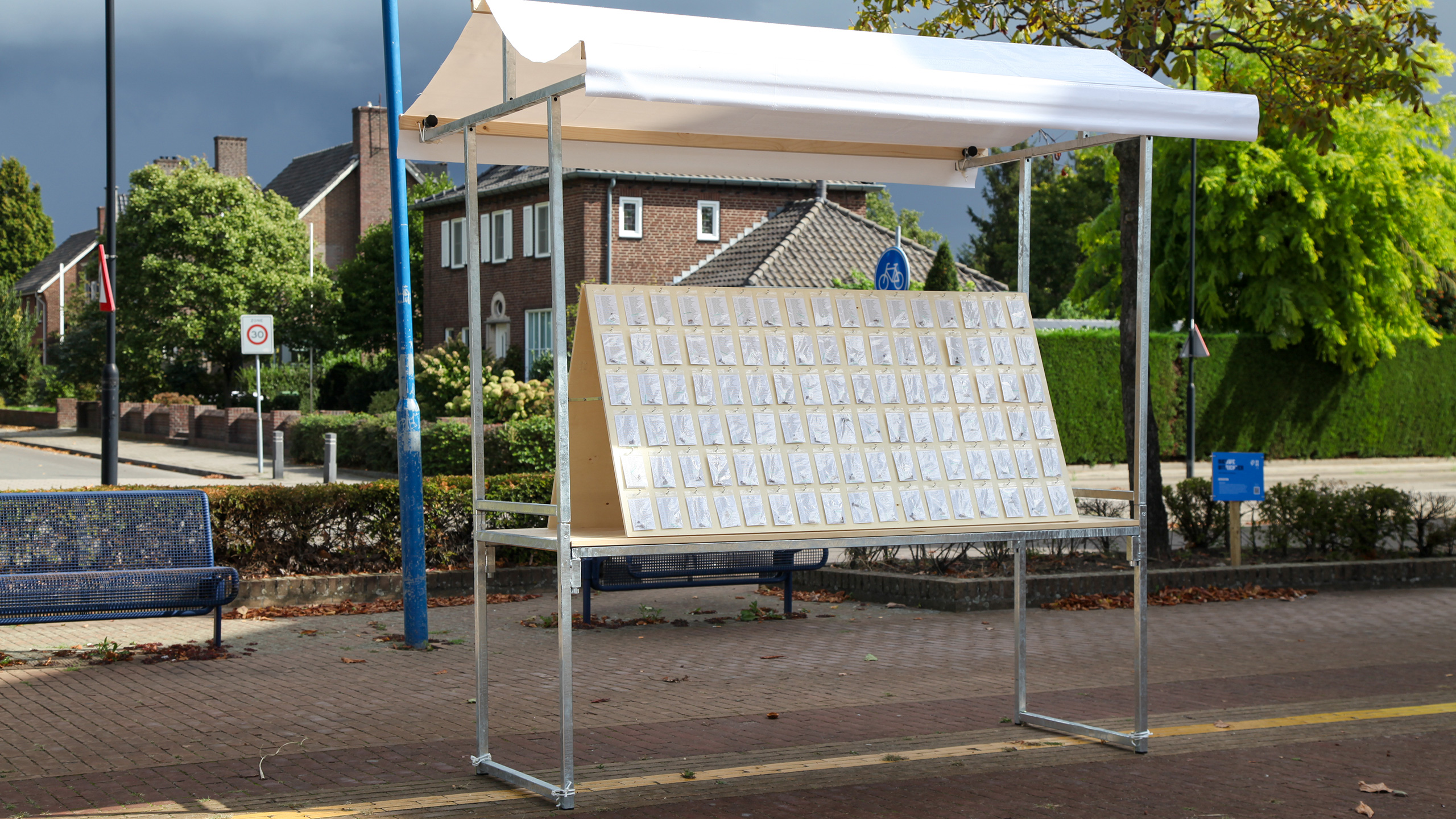 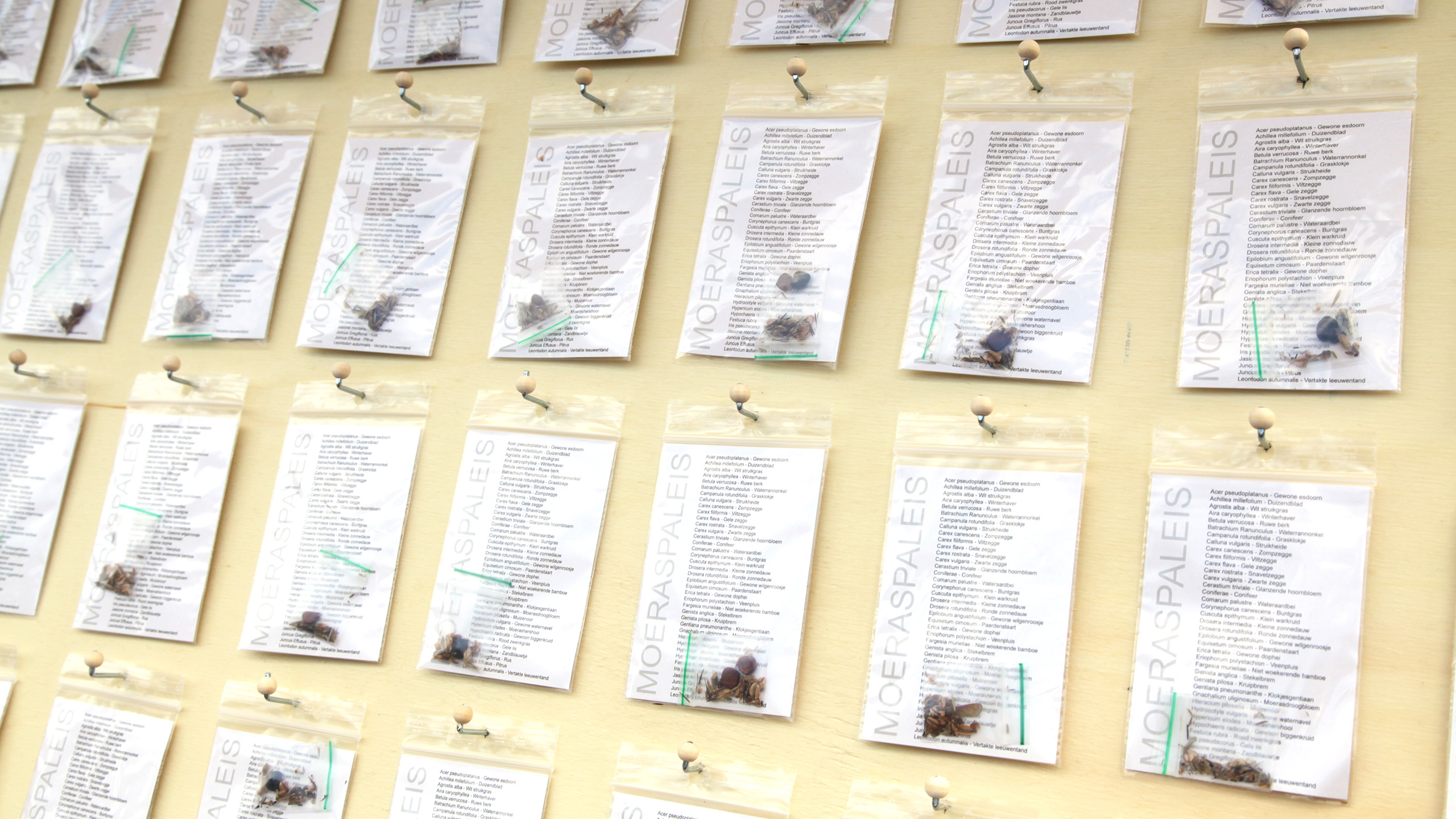 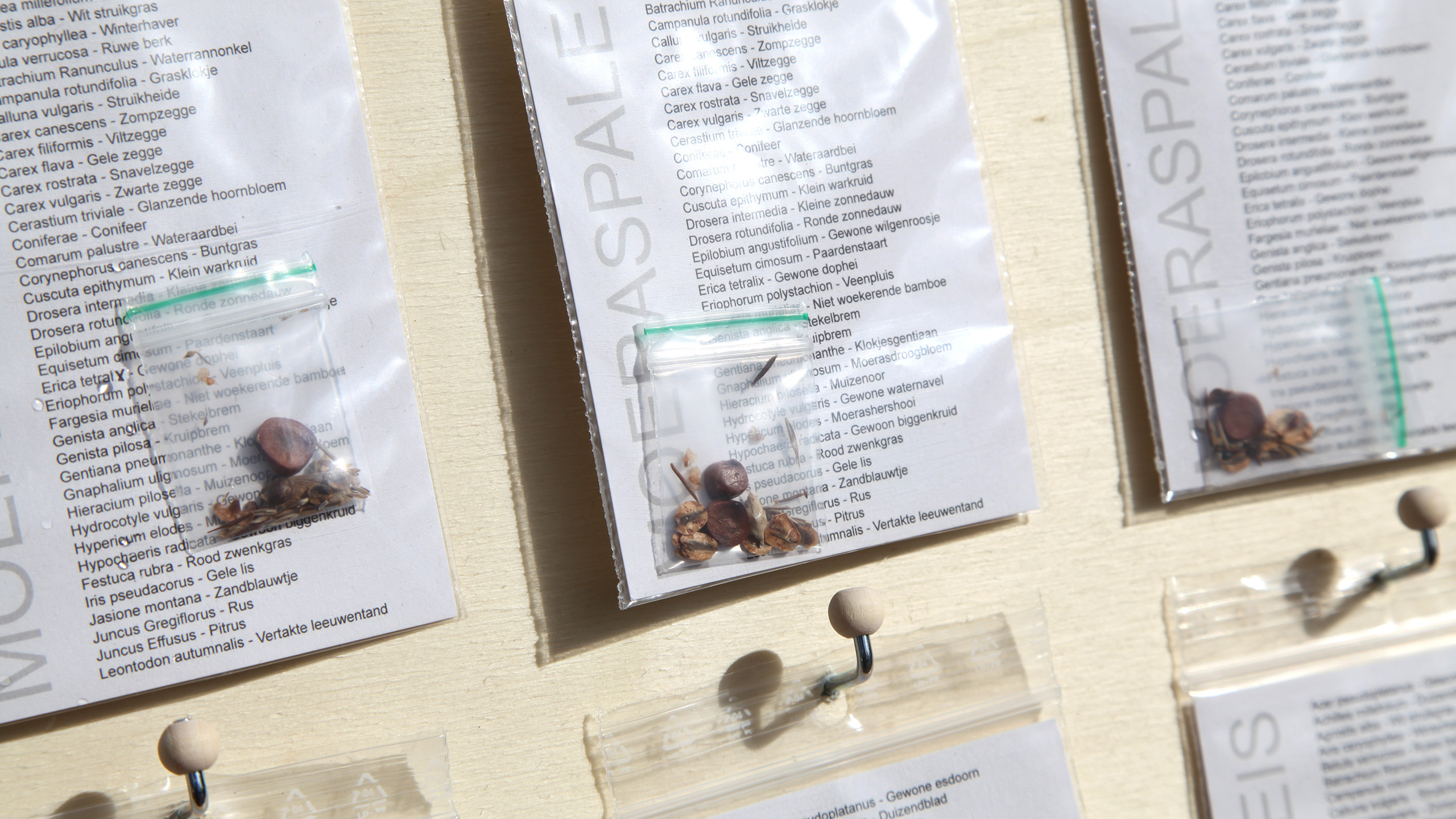 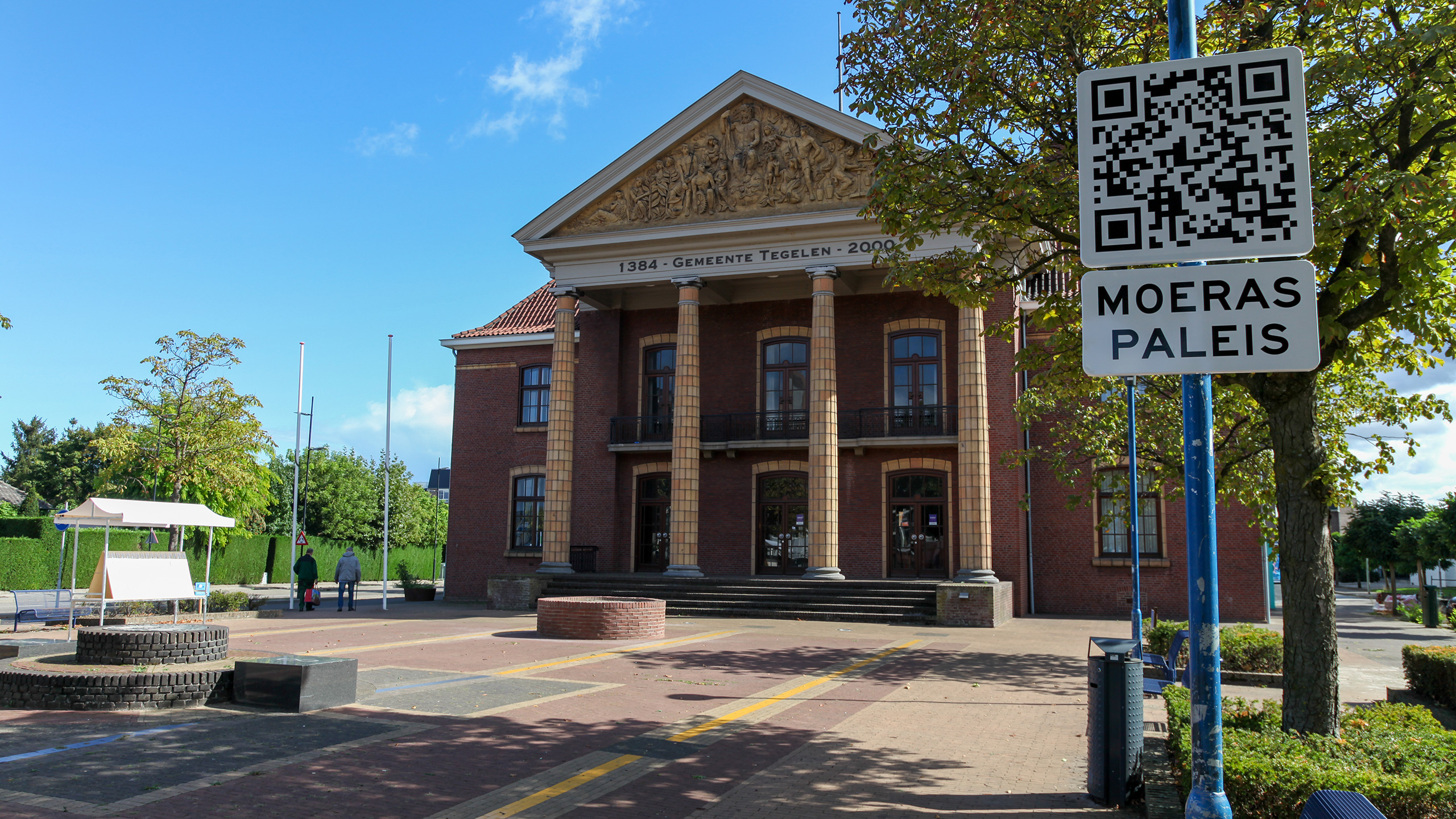 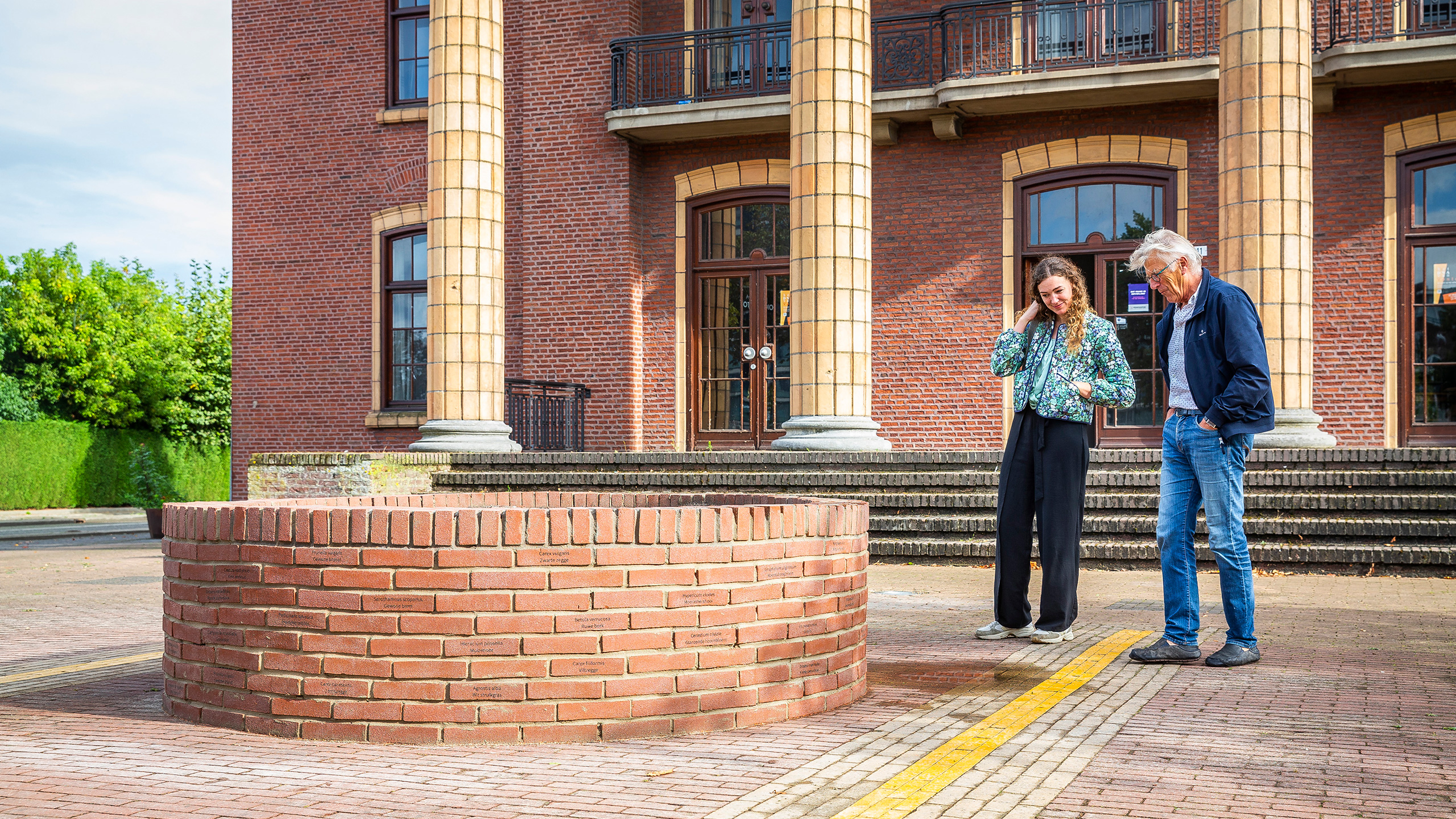 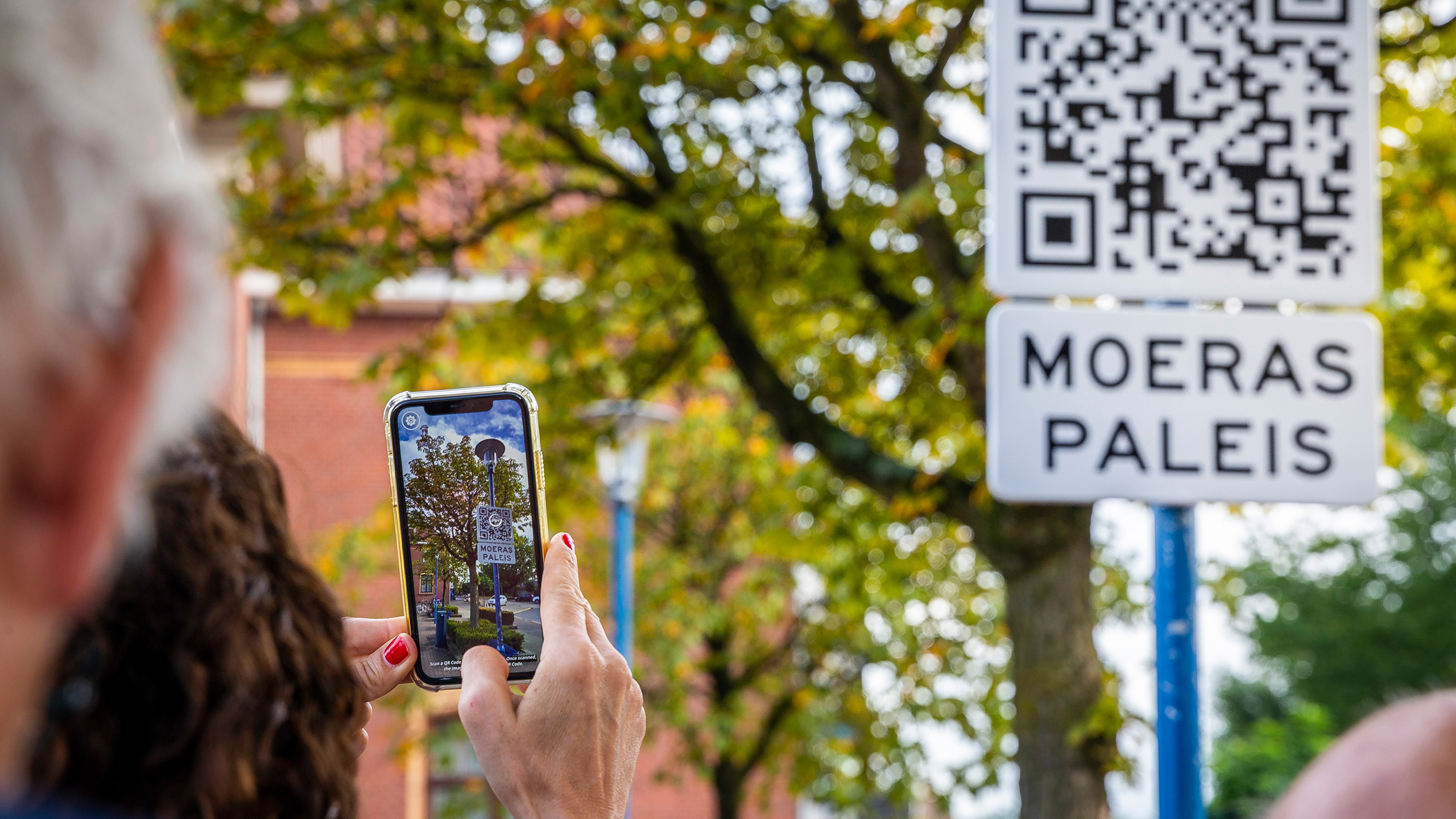 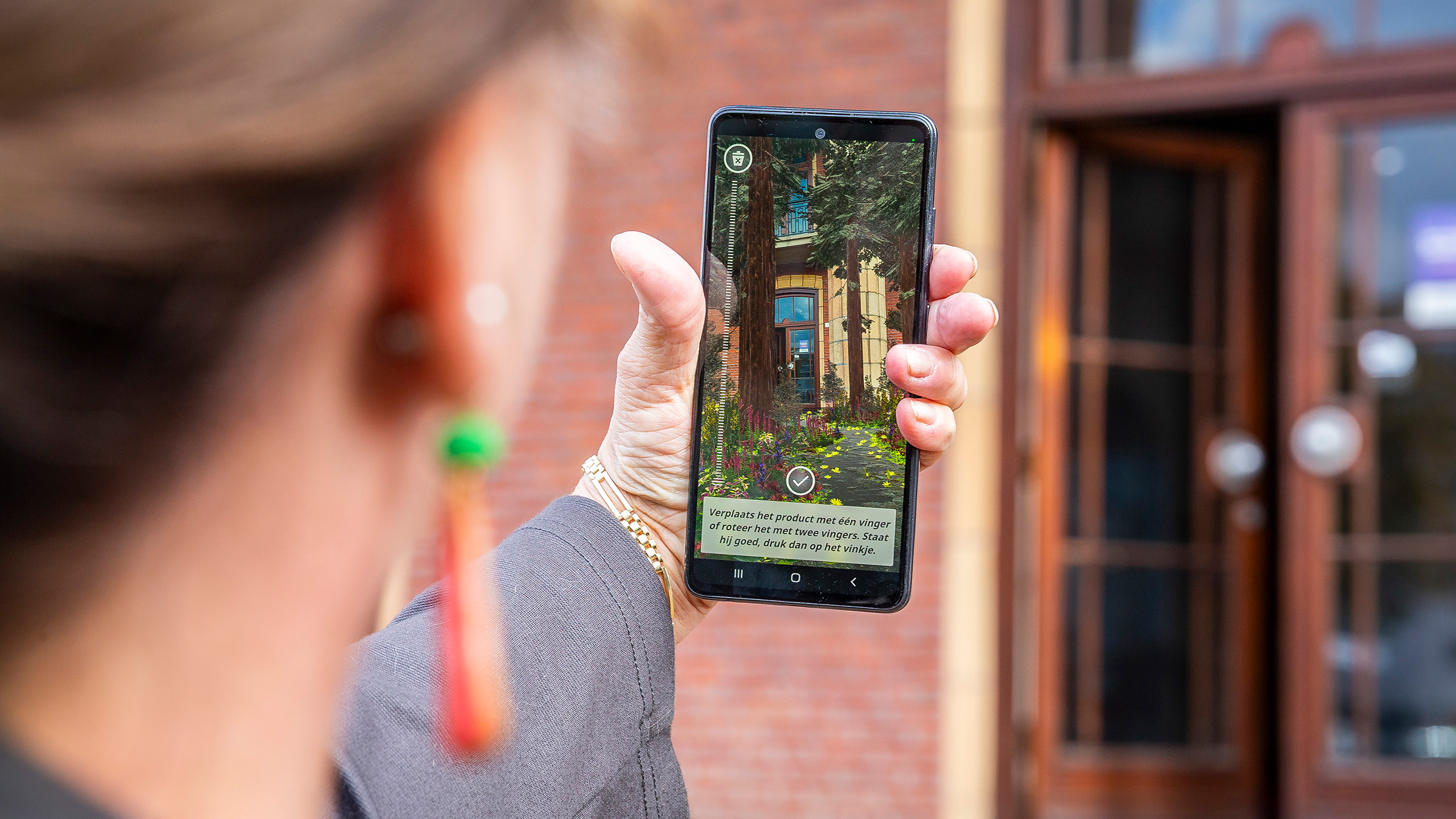 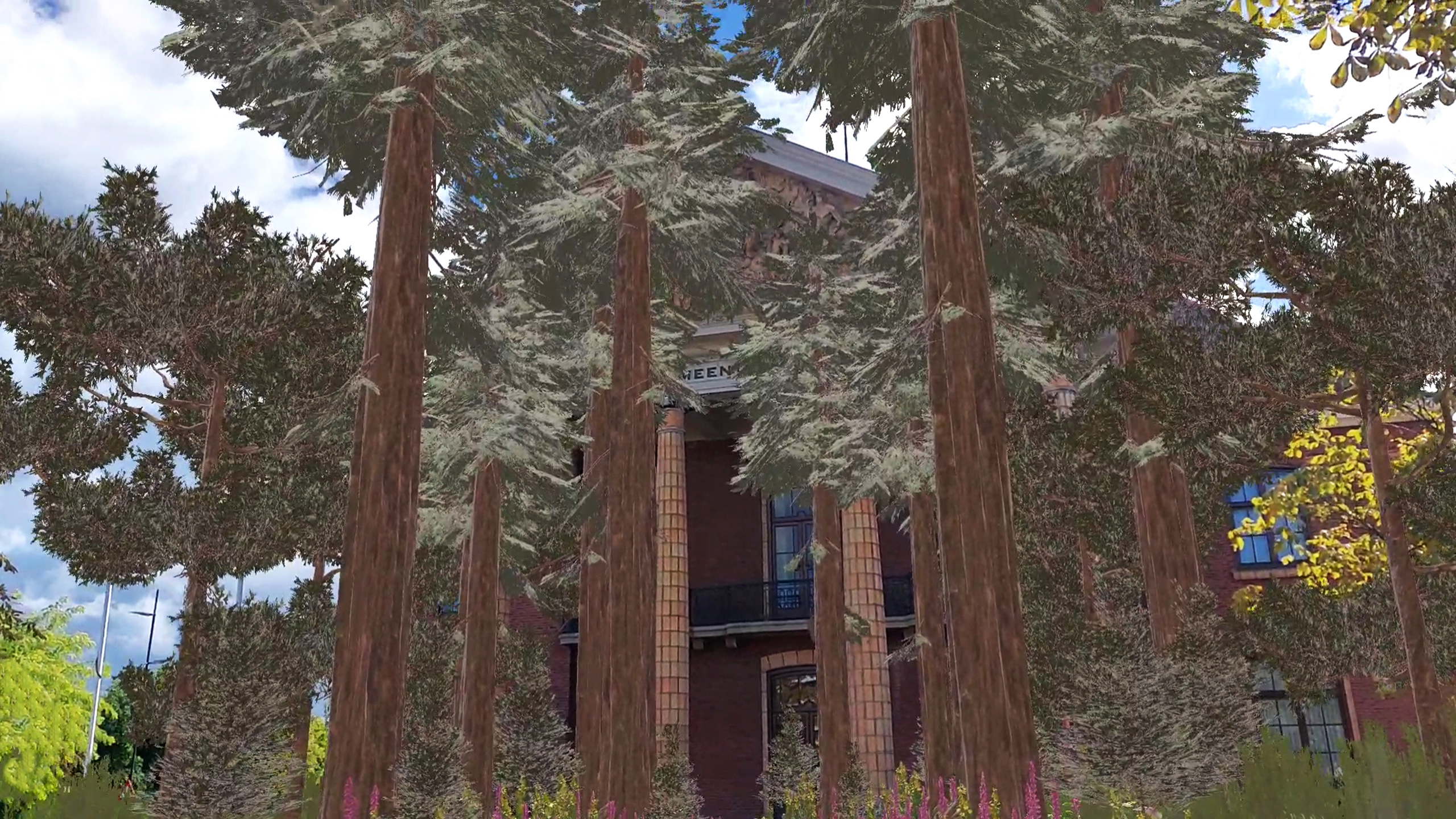 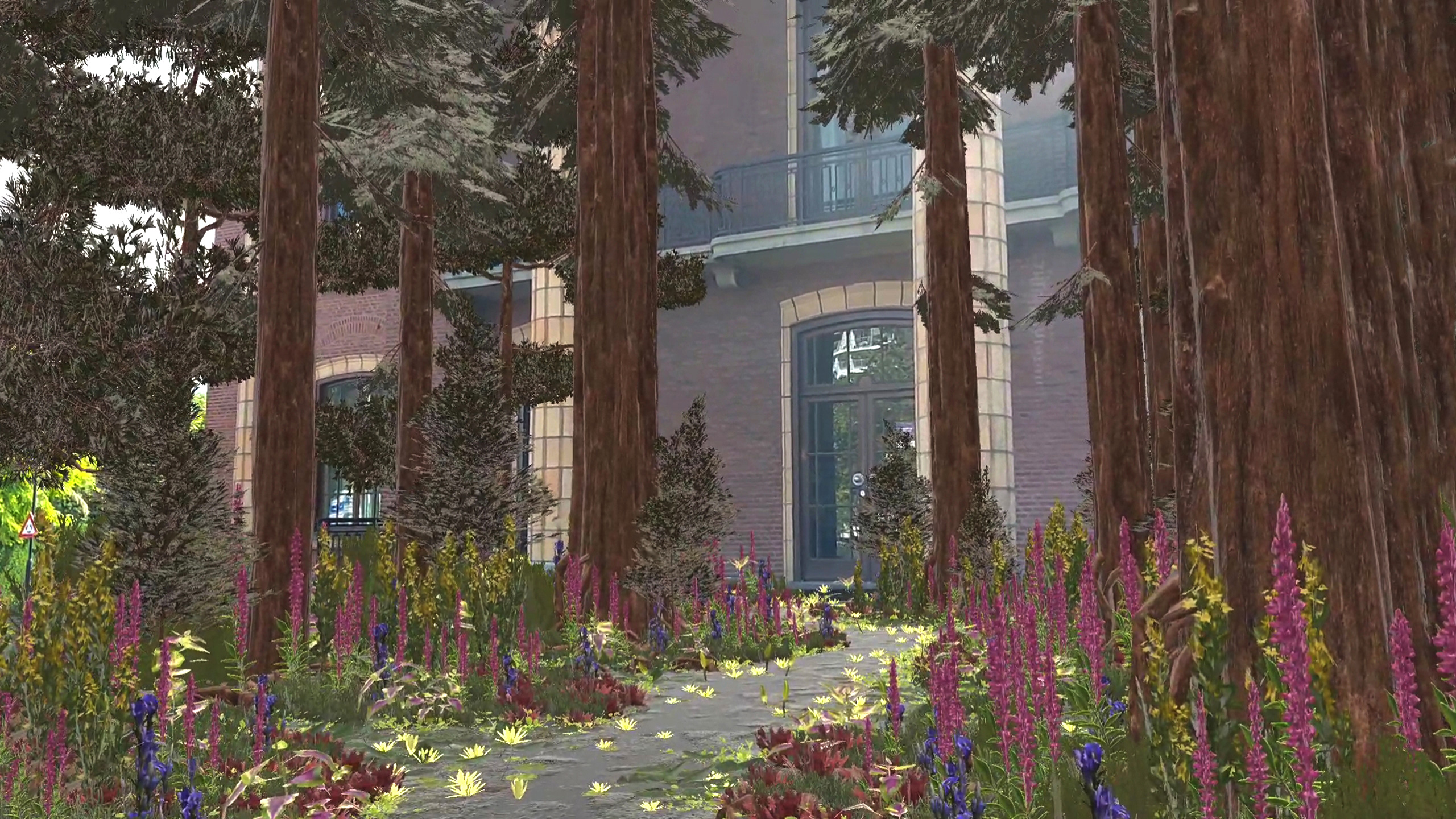 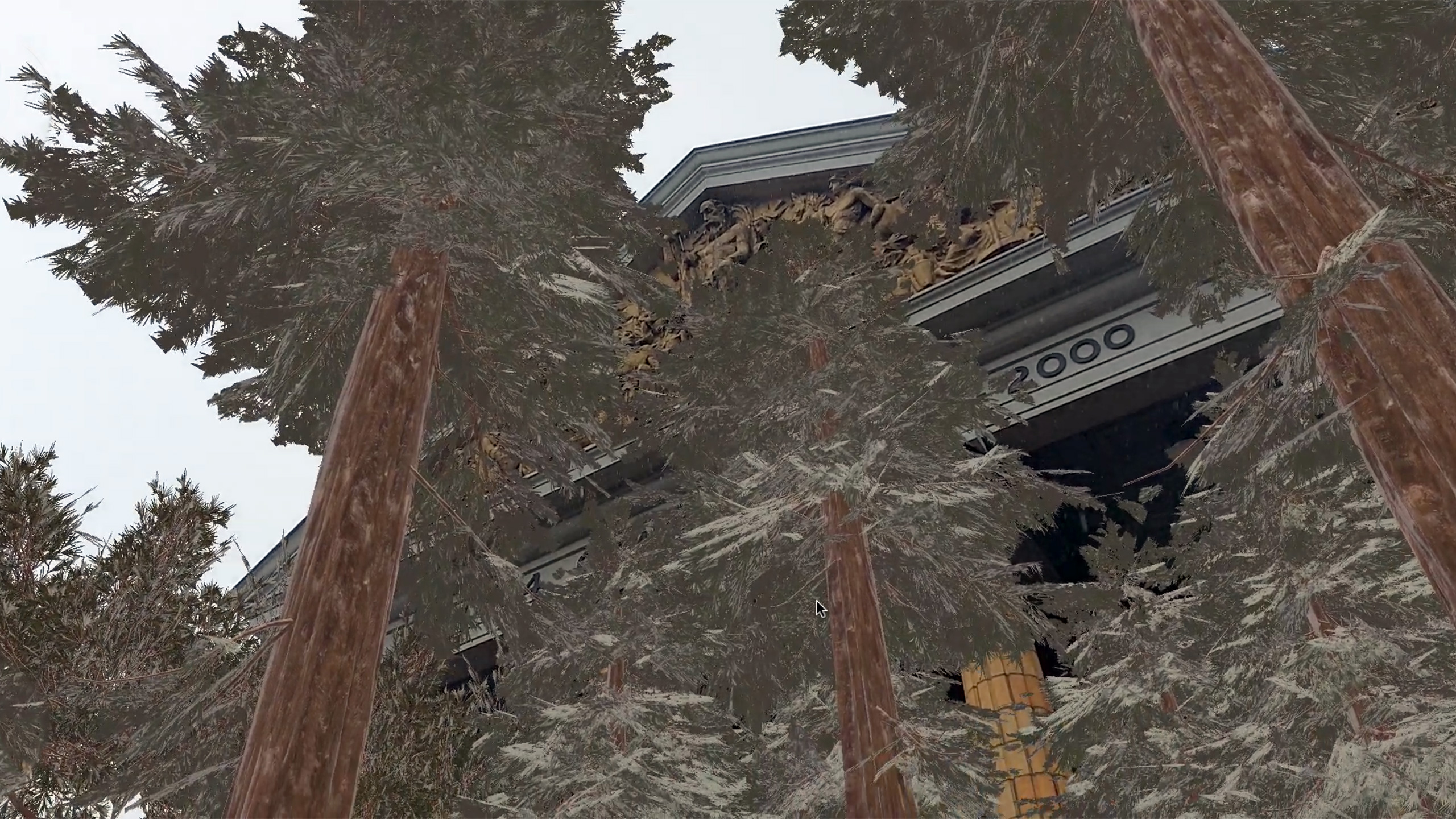 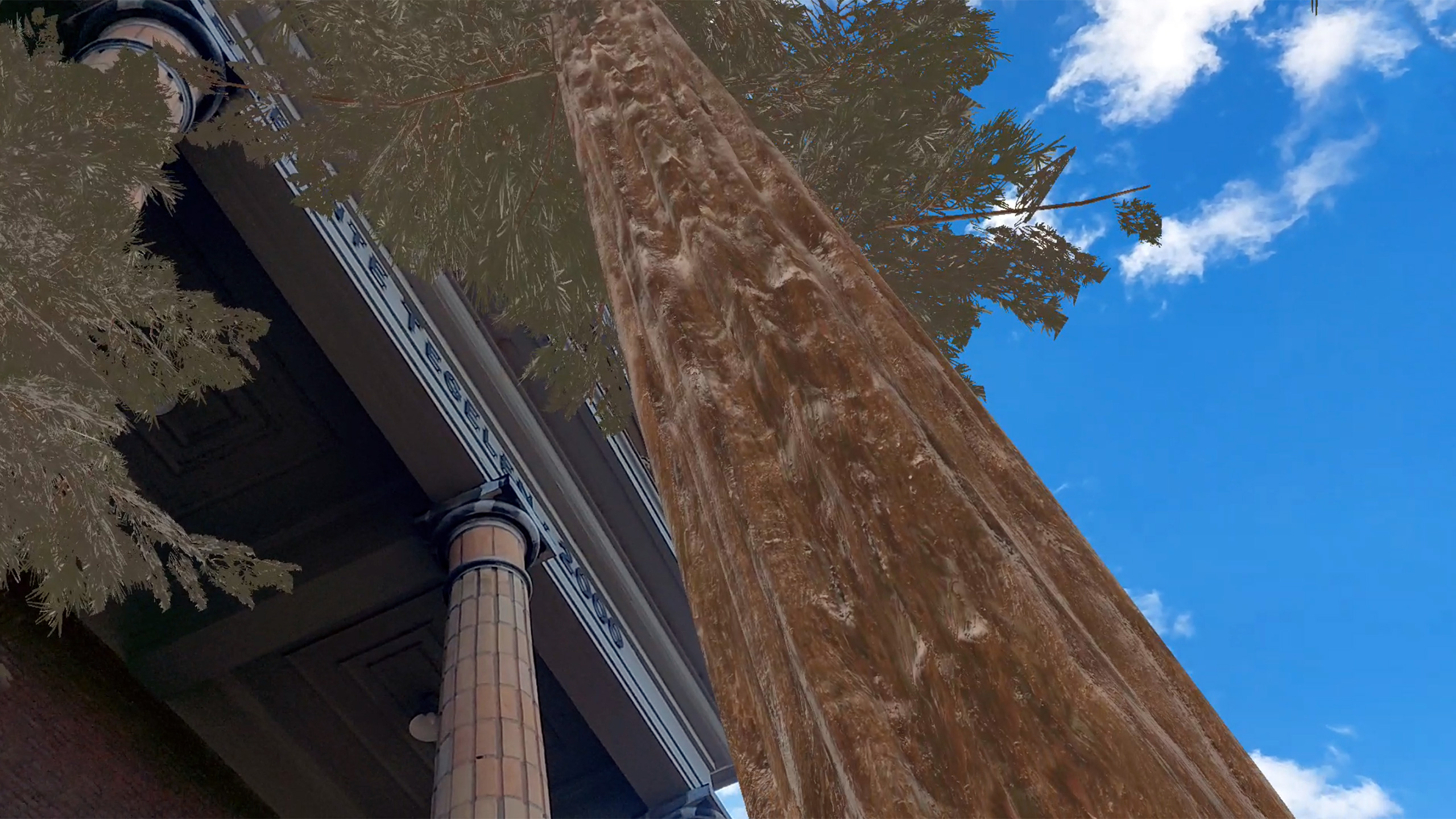 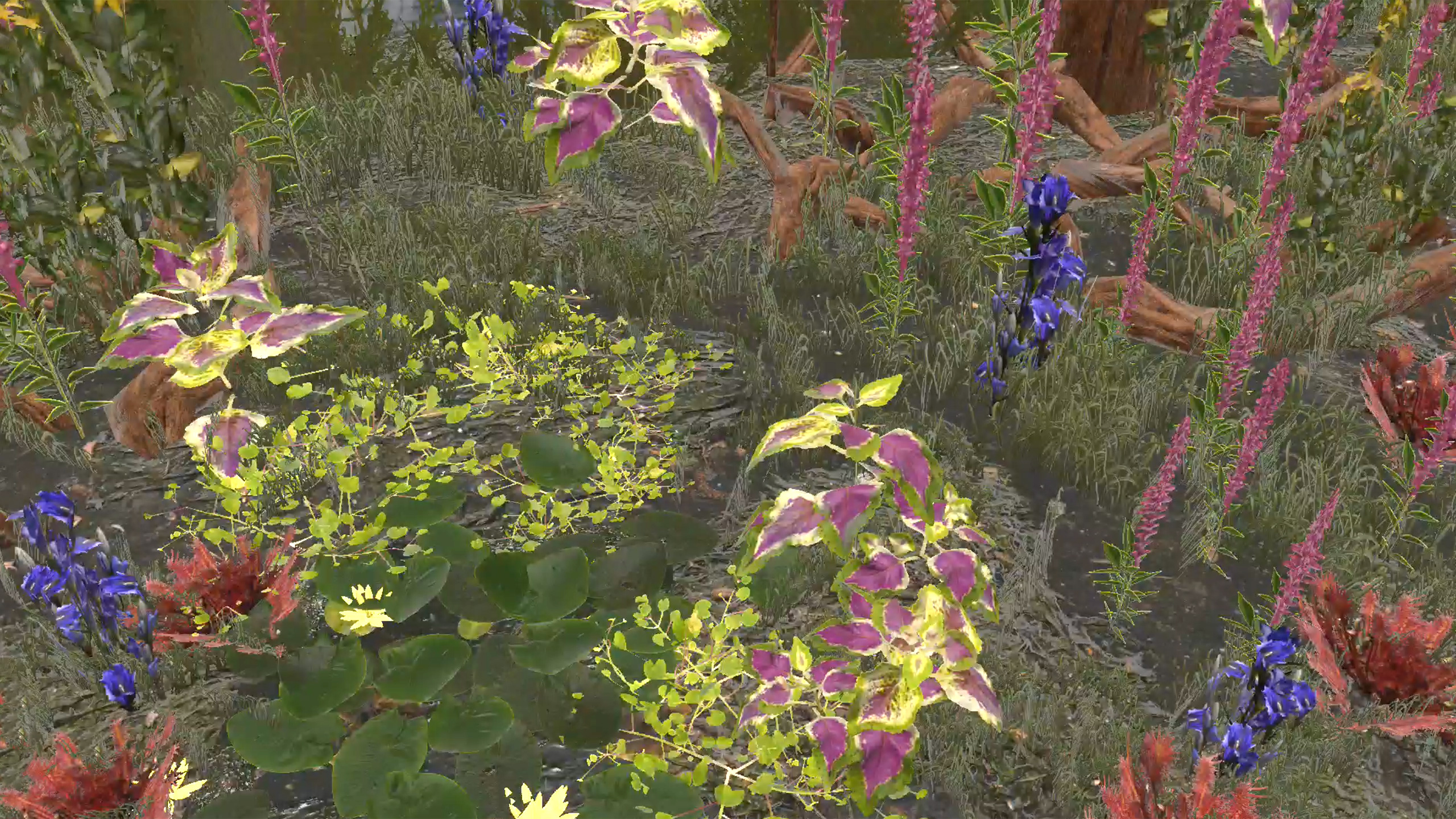 (Dutch for ‘Swamp Palace’) is a site-specific work situated in front the former town hall of Tegelen. At the start of the construction, people nicknamed it ‘Swamp Palace’, as some believed that the ground would be too wet for such a monumental building. Deep Time Agency transforms the town hall into an actual swamp palace as a speculative design proposal with the aim to reconstruct an ancient wetland biotope for the center of Tegelen and to open a discussion on the current redevelopment plans for the city. We do this through three different components; a temporary intervention during the duration of the exhibition, a virtual AR (Augmented Reality) overlay and a permanent intervention. The project refers to the work of paleoanthropologist Eugene Dubois (1858-1940), who conducted ecological experiments on the nearby ‘De Bedelaar’ estate, where he tried to grow a primeval forest, based on fossil seeds he found in Tegelen’s industrial clay pits.

Eugene Dubois devoted the last years of his life to a startling paleoenvironmental experiment, in which he transformed the Bedelaar estate into an ancient forest and wetland. In doing so, he envisioned a natural park that he called Kallilimne (Greek for “beautiful lake”). On his estate, he experimented with the introduction of new plant species, including tropical plants like those whose seeds and pollen grains were found in the two-million-year-old clay. He imported seeds from other countries, planted exotic trees, established a bird forest and changed elevations in the landscape. The 38-hectare area was transformed from a depleted peatland to a dense forest and wetland area. Reportedly, many new species grew and flourished, including a dozen species of water lilies.

Following Dubois’ forgotten experiment, Deep Time Agency undertakes a similar experiment. At different moments during the duration of the exhibition we install a market stall on the square in front of the former city hall, to distribute seeds from the Dubois collection to passersby, offering them the opportunity to recreate parts of the primeval natural landscape of Tegelen in their own garden. The virtual layer shows the plants and trees that may emerge from this in the long run, turning the former city hall into a “swamp palace”, that visitors can enter by scanning a QR code visible on the square. The circular brick sculpture contains soil in which all the seeds are planted that derive from Dubois ́ collection, mimicking the wild ecological experiment on the Bedelaar estate. The sculpture is made of (clay) bricks, in which the names of the fossil seeds are engraved.

Swamp Palace is commissioned by Museum van Bommel van Dam and Odapark, Venlo/Venray (NL). The exhibition project (Nieuwe Uitzichten) asked artists to imagine new ways to integrate nature into our immediate environment, as ways to adapt to the worsening climate crisis. We proposed to build a swamp in the middle of the city for the center of Tegelen, based on the idea that wetlands play a huge role as carbon sinks and biodiversity hotspots and could compensate for the city’s polluting history, when it was a thriving industrial town, described as the ‘forest of chimneys’.