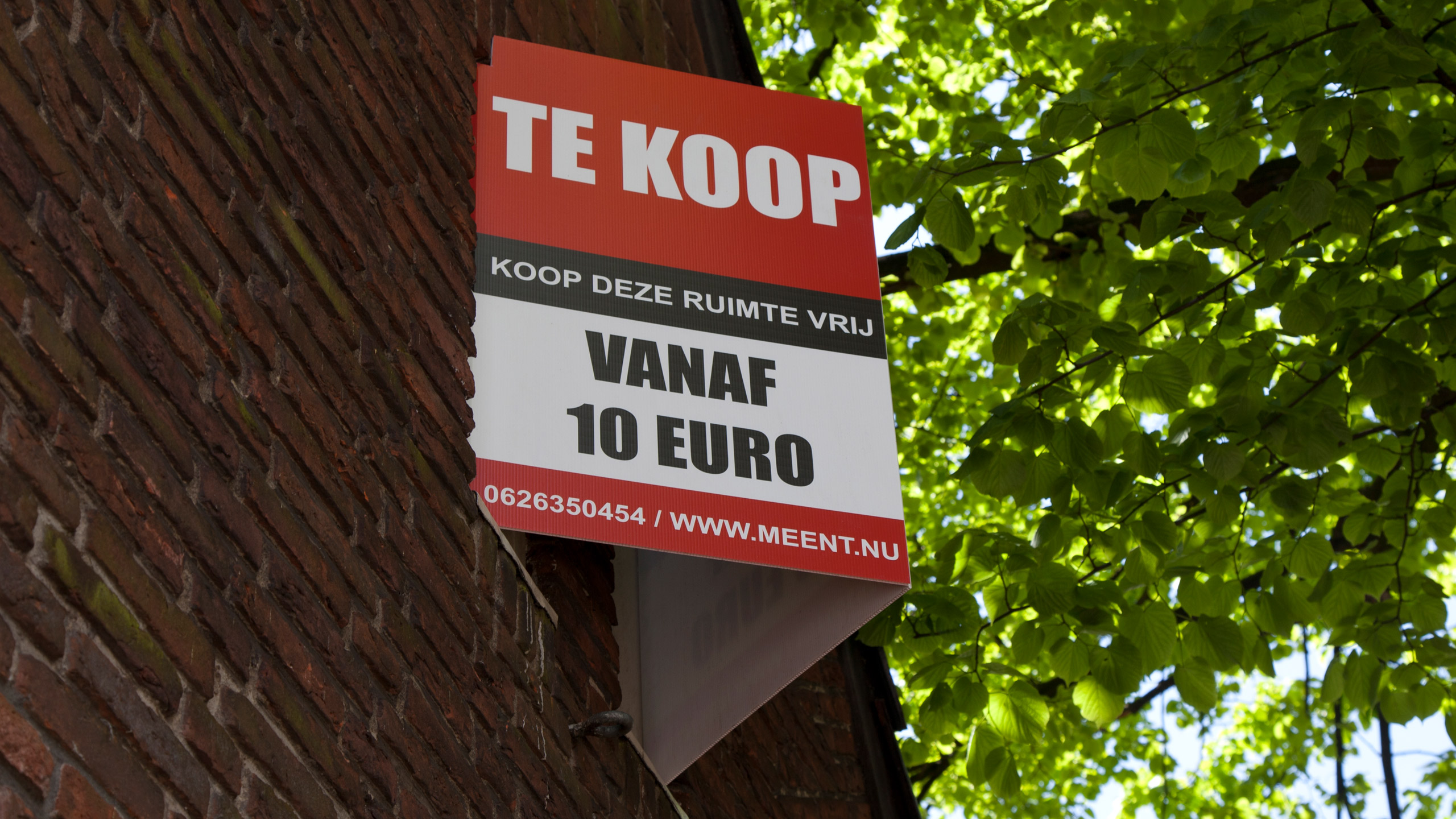 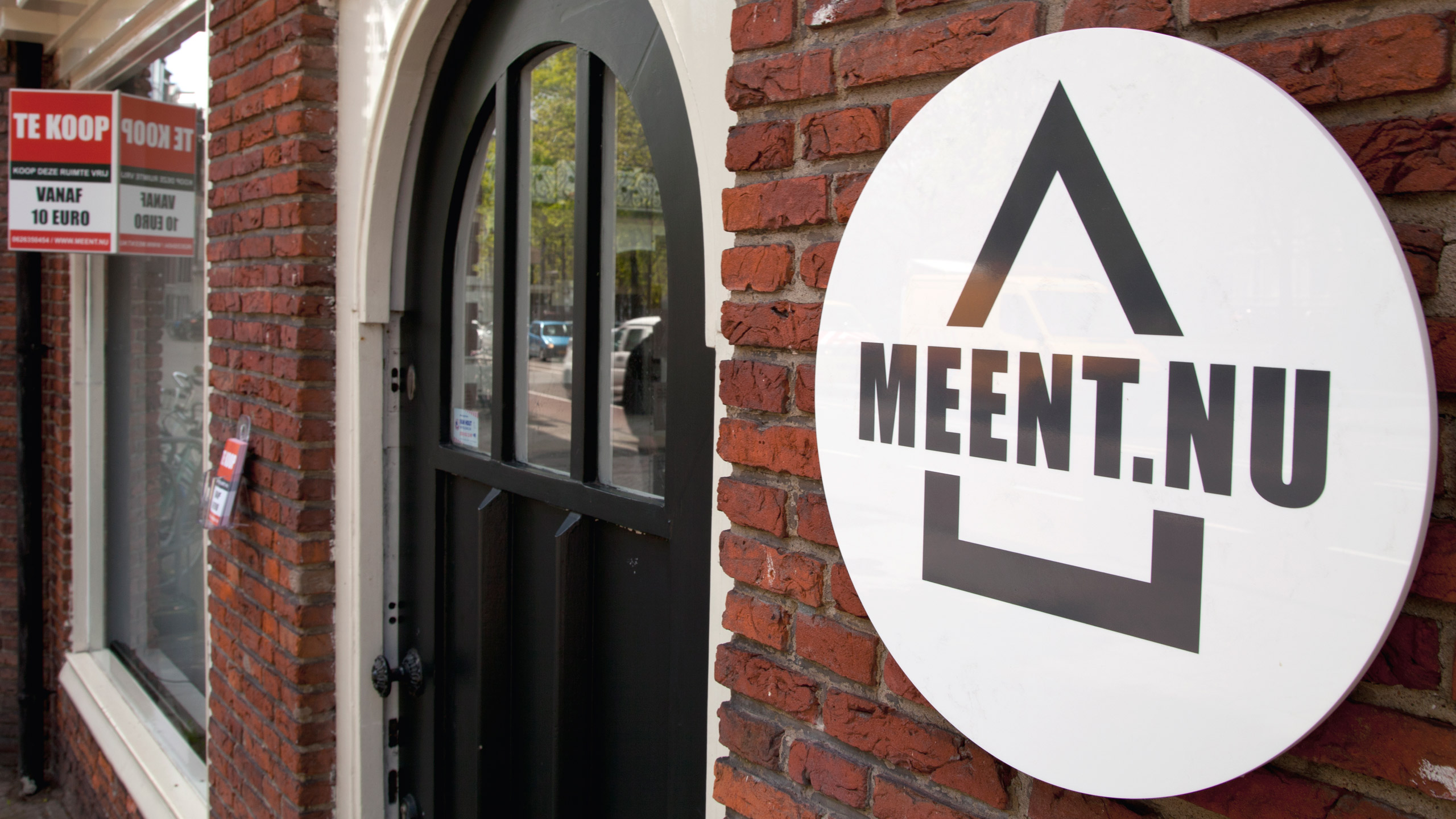 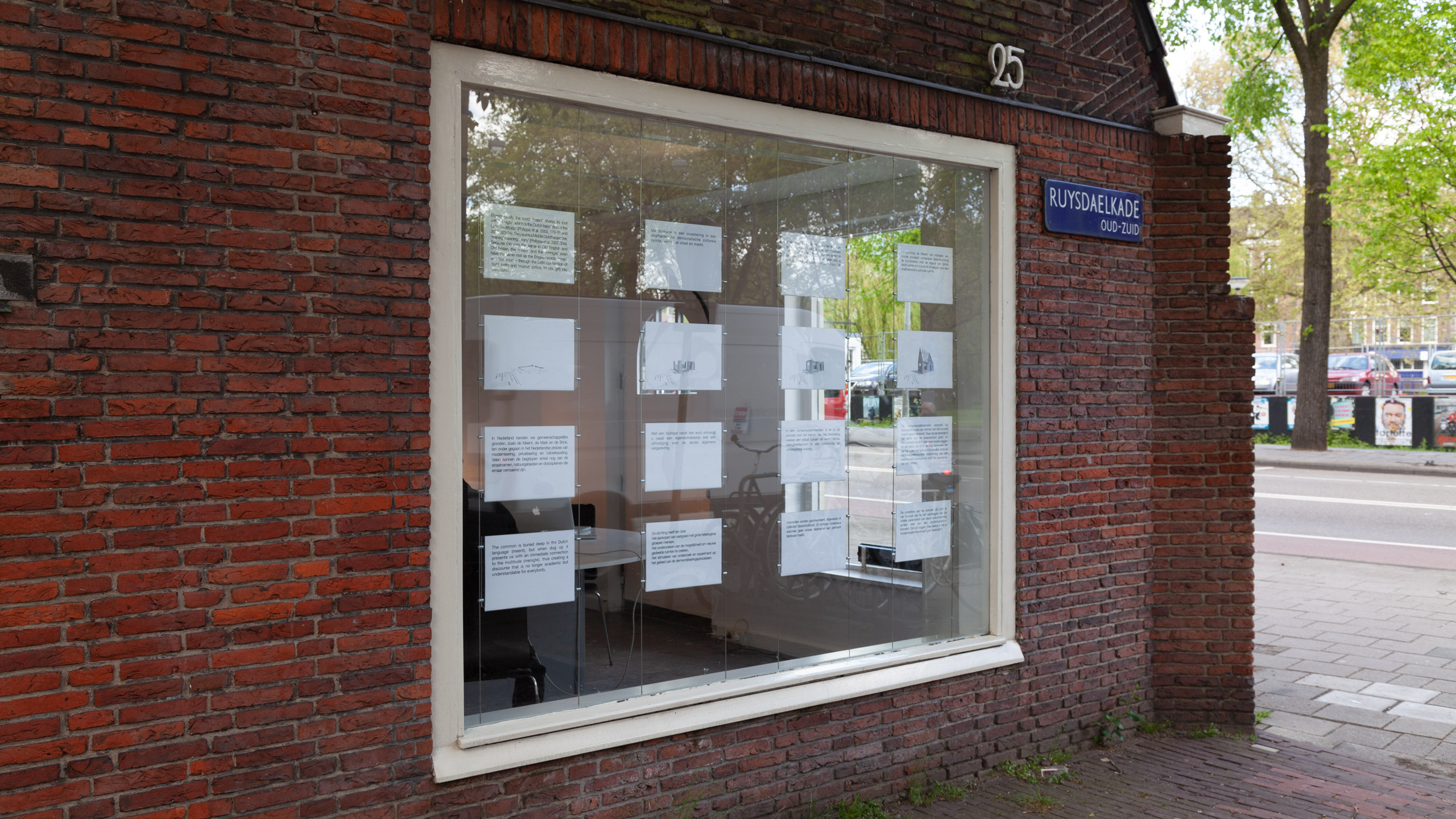 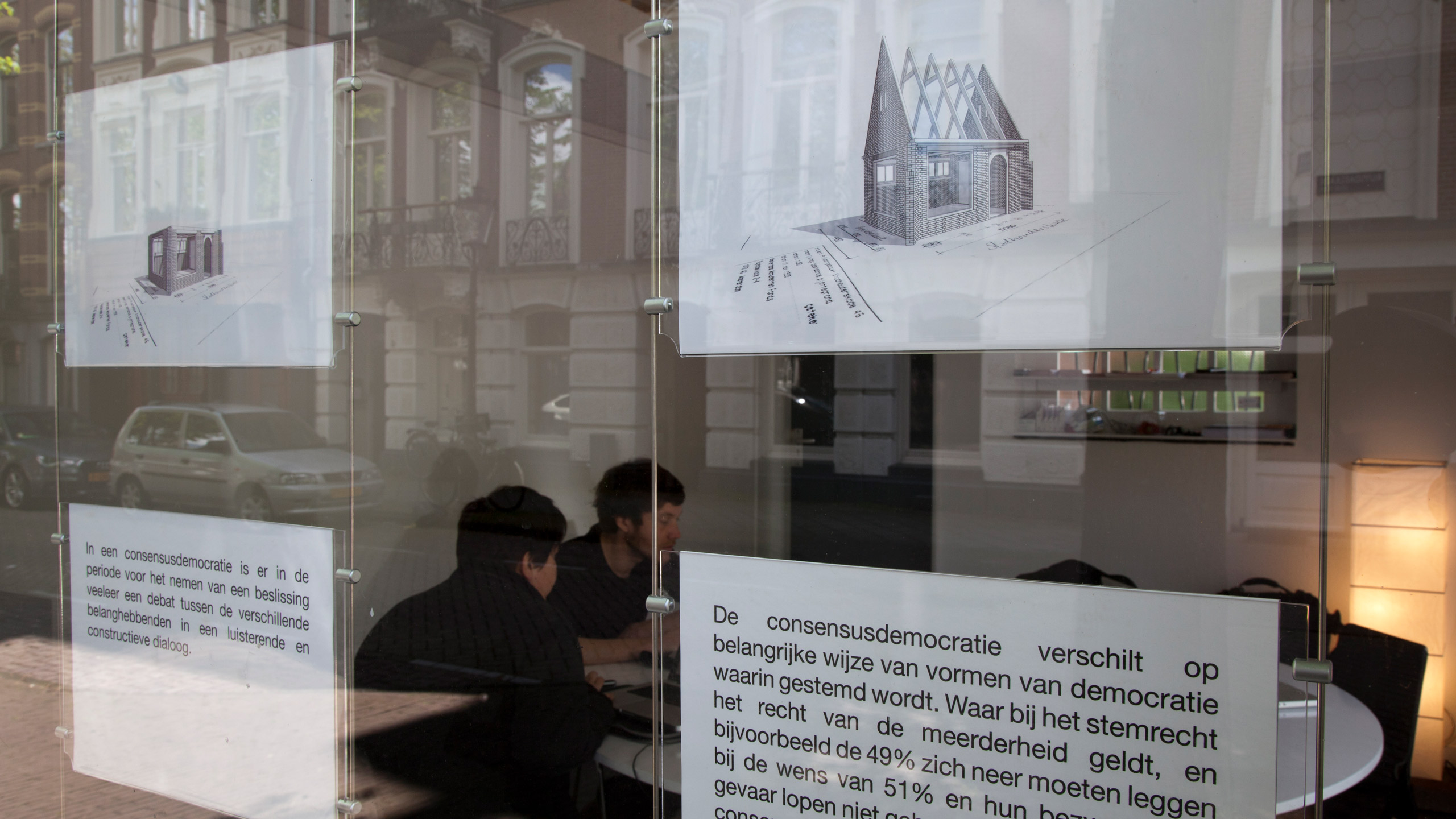 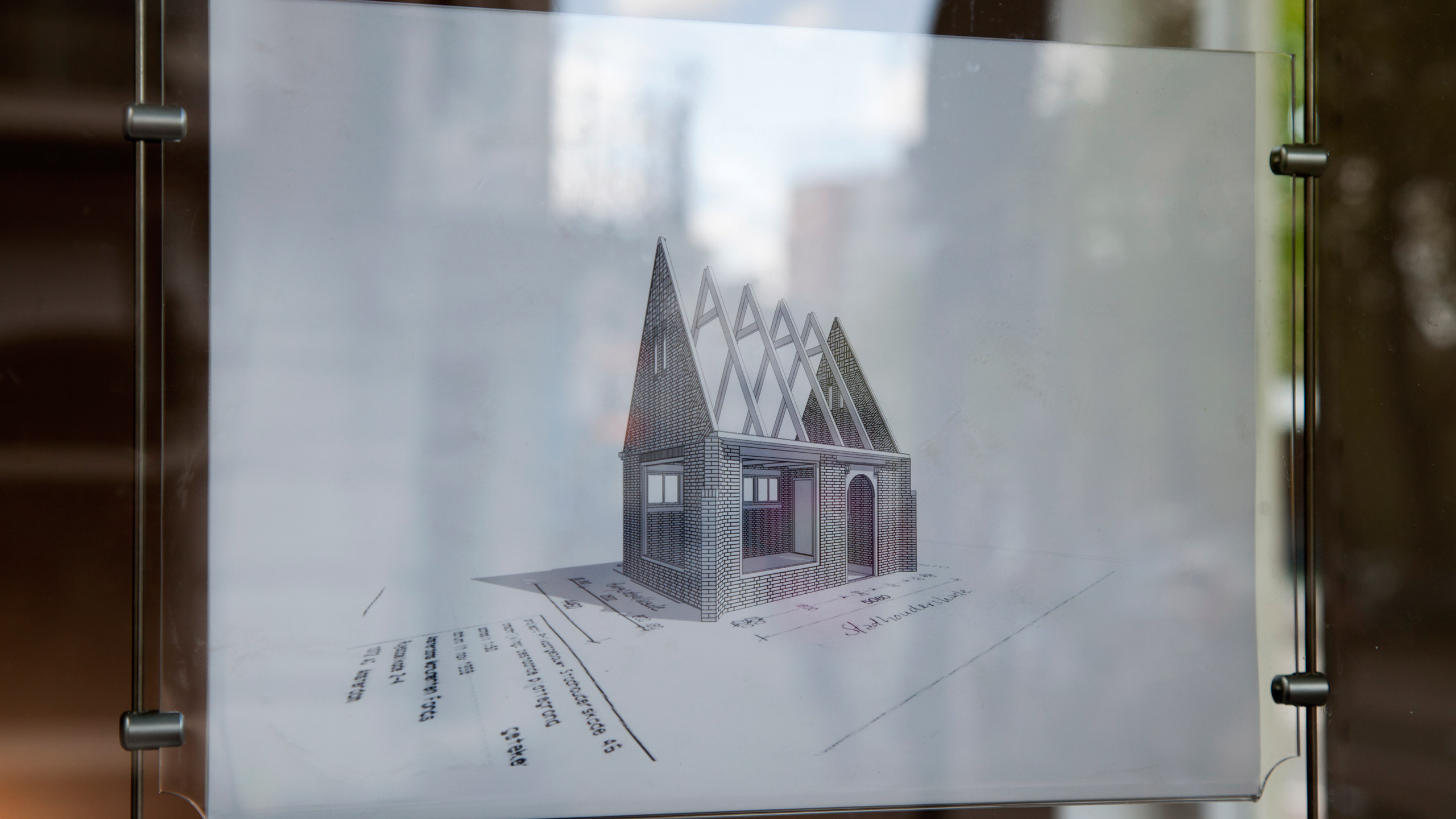 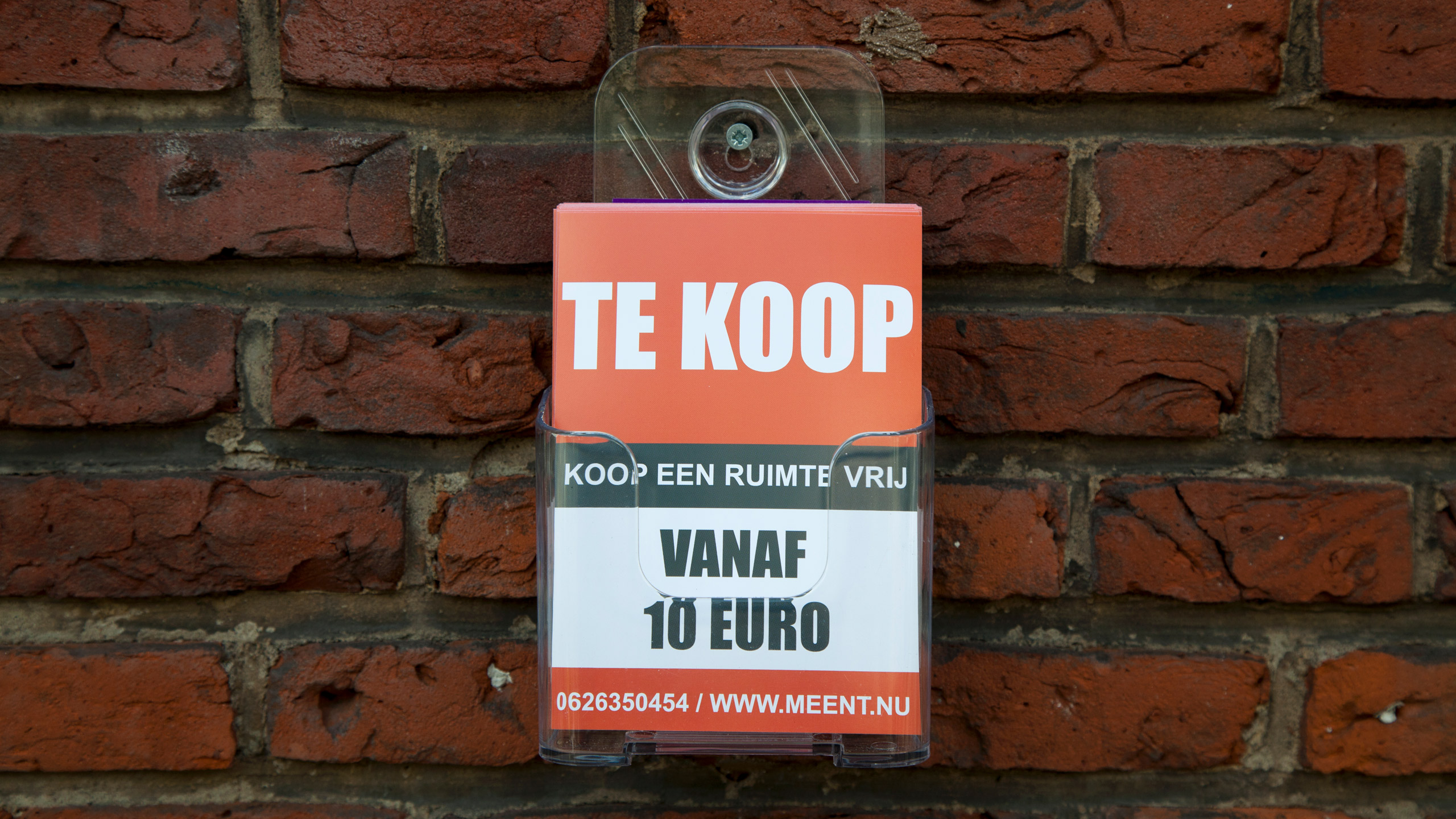 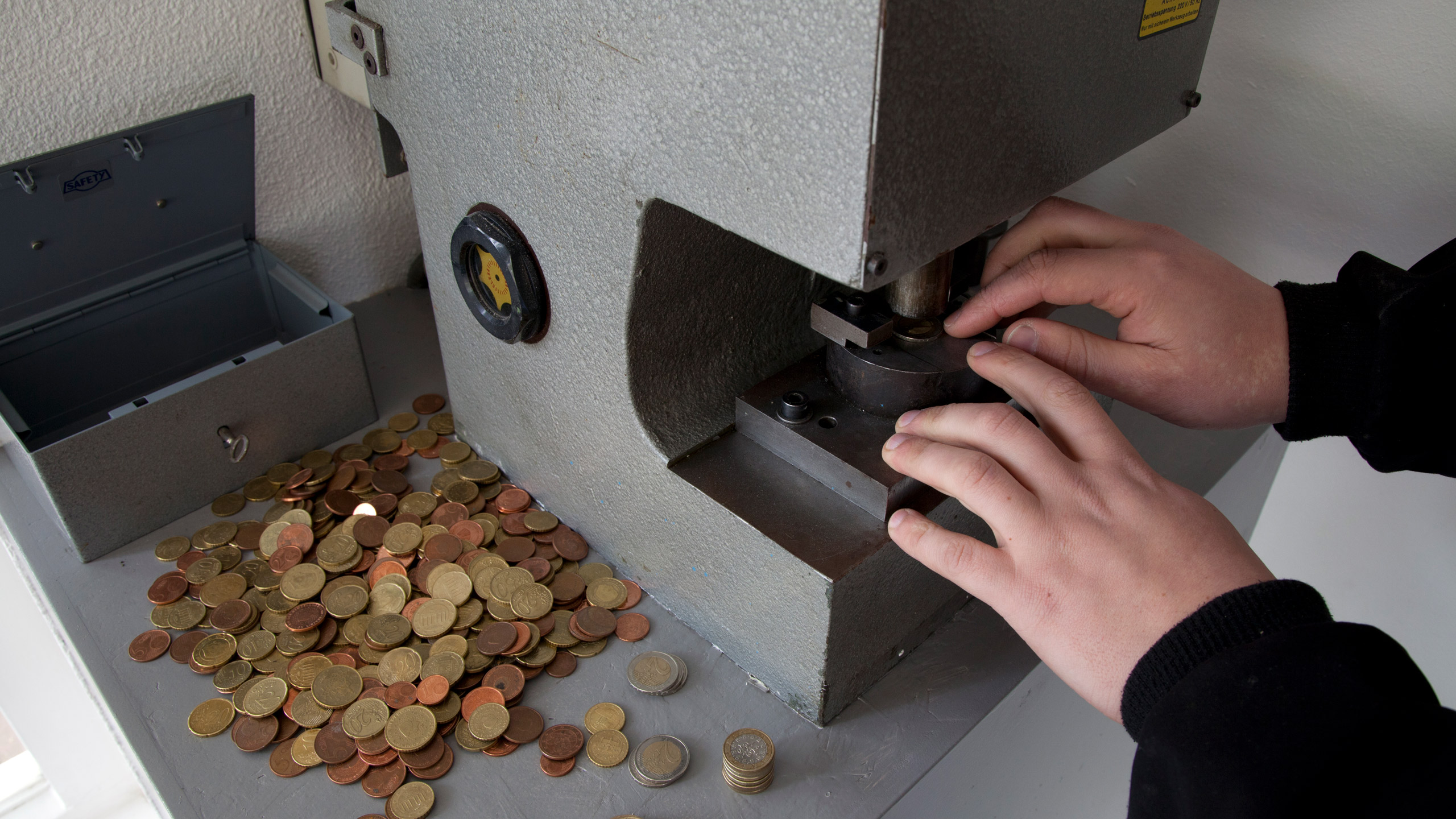 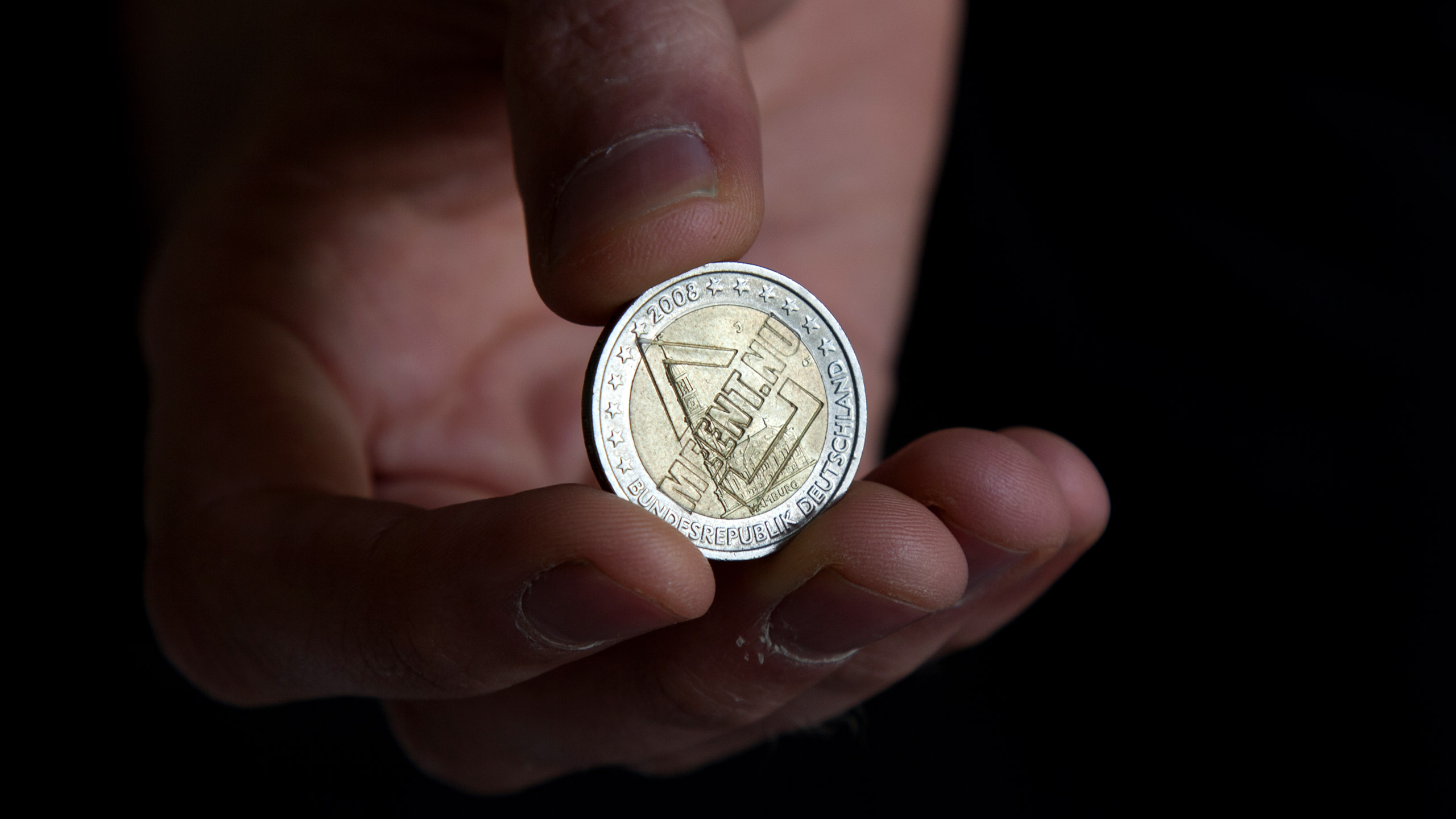 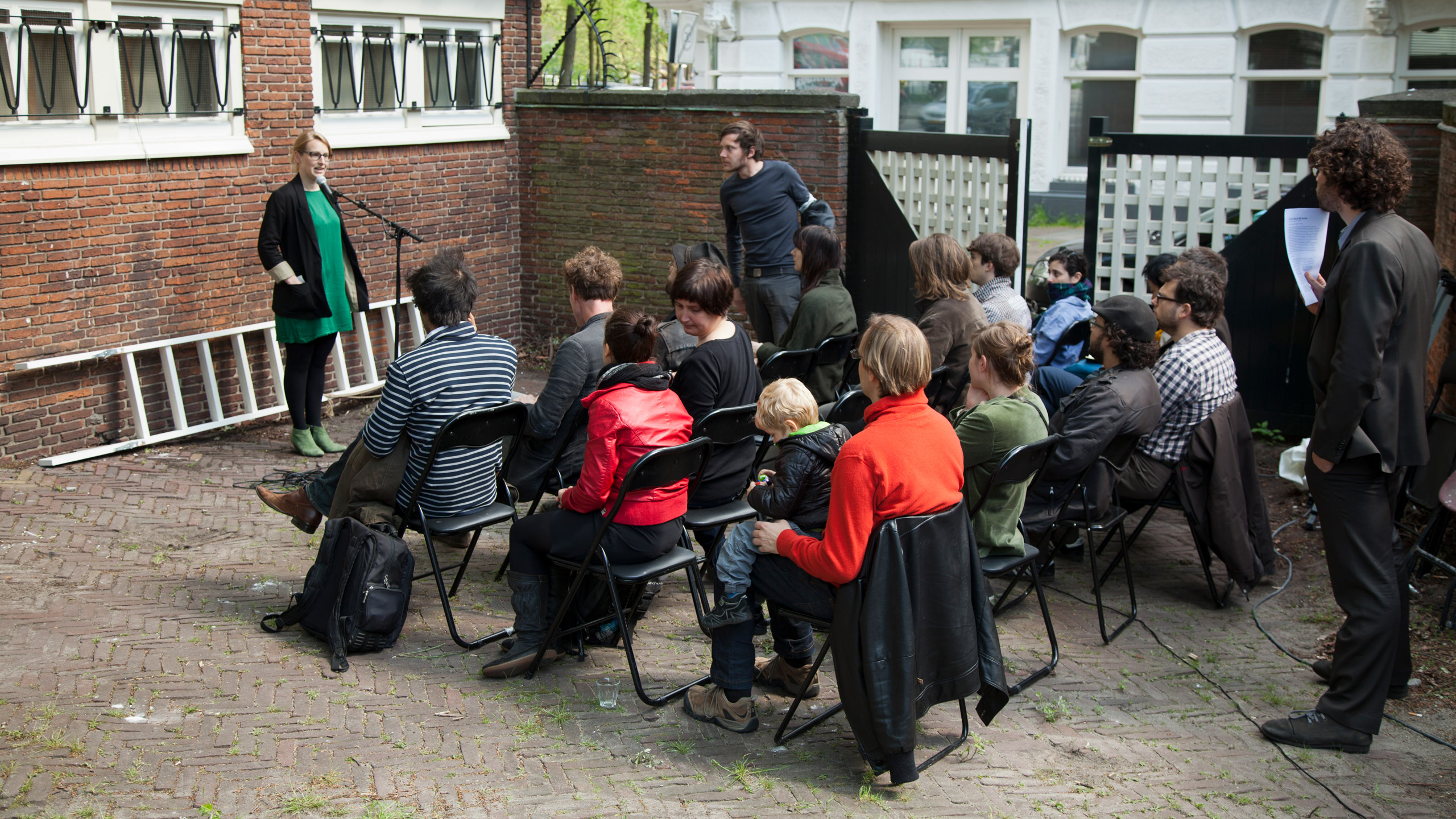 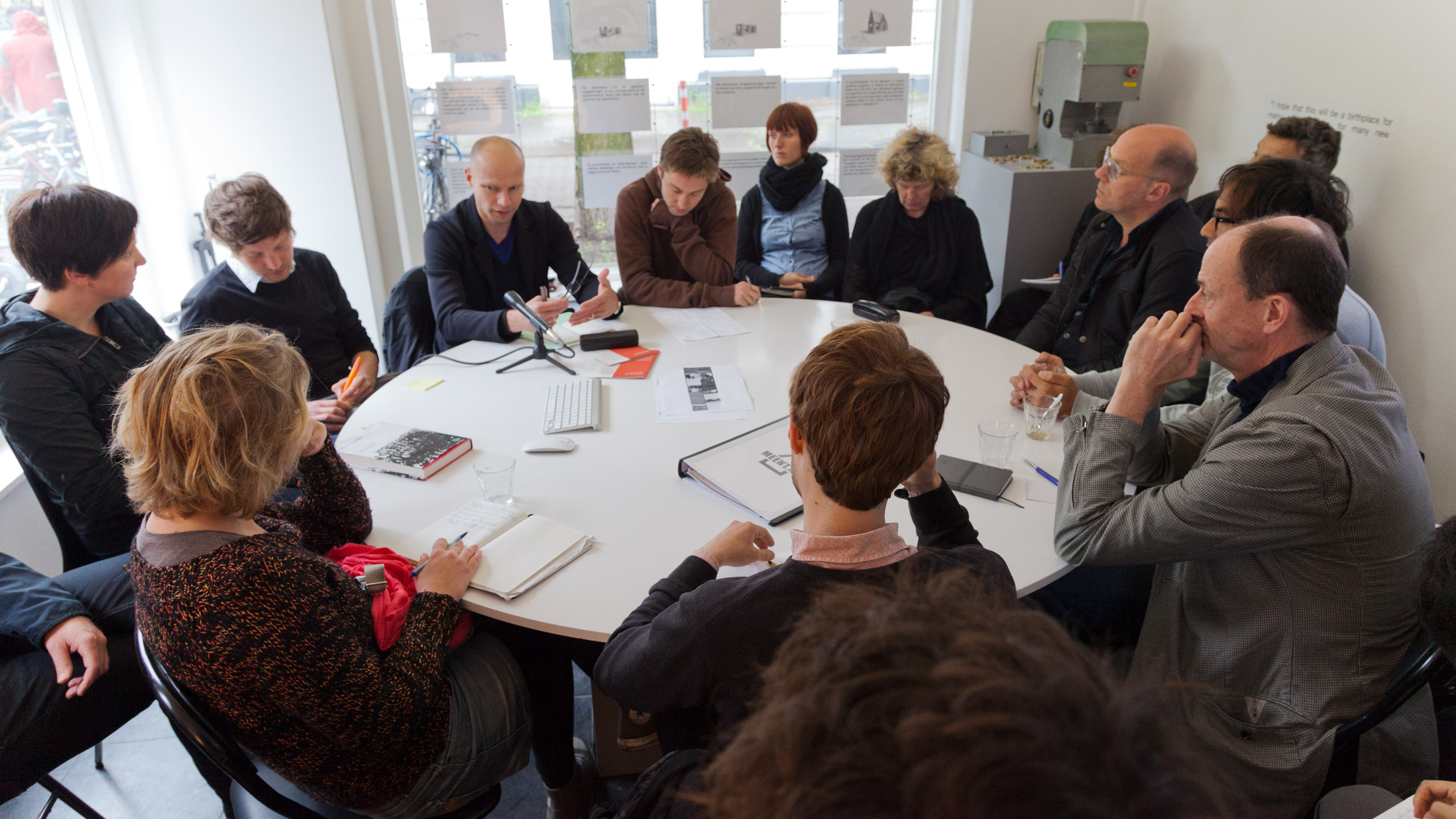 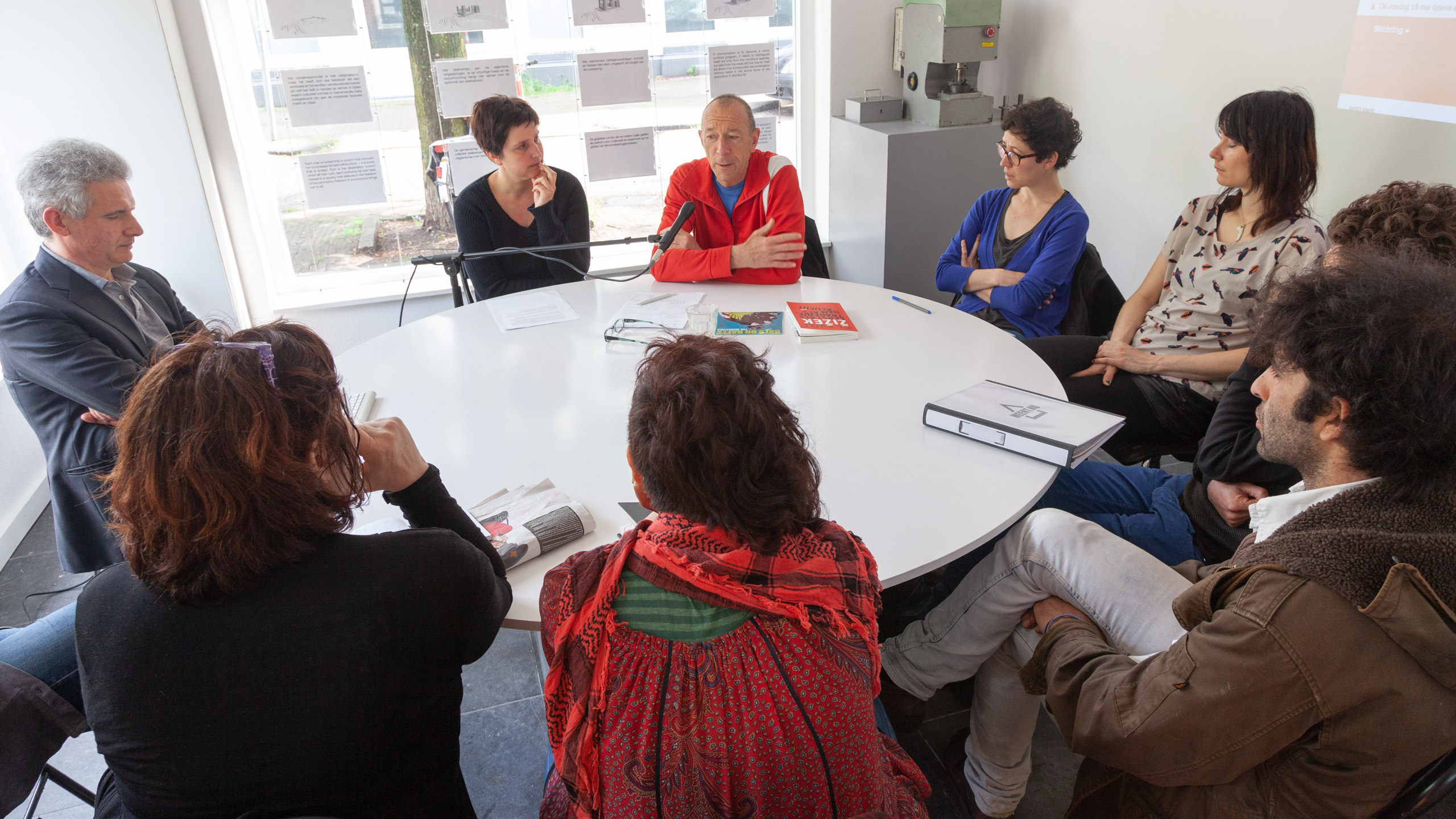 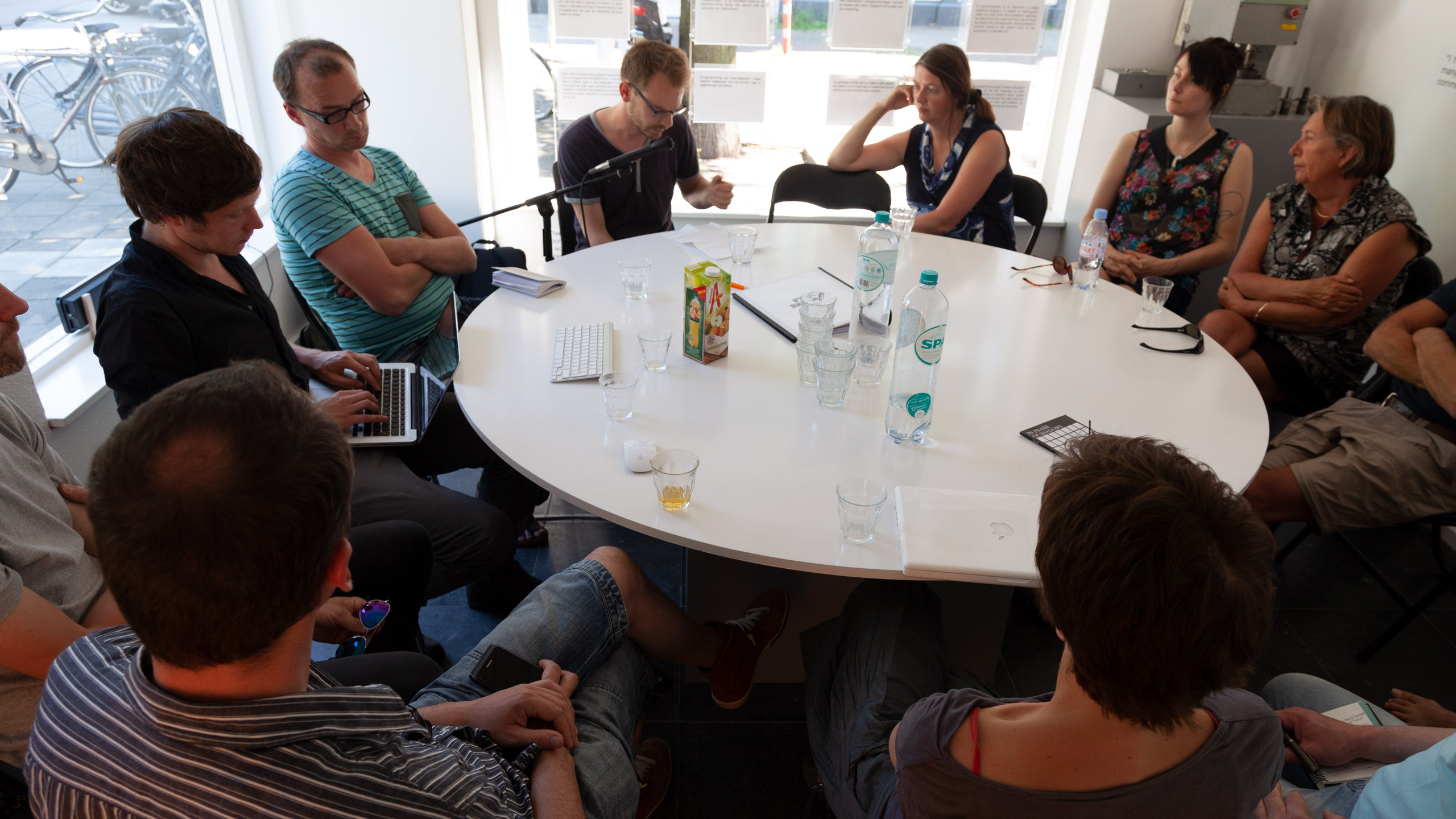 (Dutch for ‘The Commons’) entailed the purchase of a small building through a crowd investment. In recent years, the tiny house was used by SKOR (Foundation Art and Public Space) as an exhibition space. Due to budget cuts within the cultural sector, SKOR had to stop its activities. In response, we intended to purchase this 20m2 house with a large, heterogeneous group of participants, and subsequently run it democratically with all shared-owners. As part of the campaign a series of Open House days were organized. Lectures and workshops were offered about the value of creative commons-licenses, crowd investment and grass roots democracy.

This project proposed to re-boot an old-Dutch concept ‘De Meent’. This concept (the Dutch version of what in English is called The Commons) was traditionally understood as a field or area that belonged to everyone and no-one. It addressed the capacity of people to manage property commonly. De Meent, entailed the purchase of a small building through crowd investment.

In recent years, this tiny house at the Stadhouderskade in Amsterdam was used by SKOR (Foundation for Art and Public Domain) as an exhibition space. Due to the recent national cut backs within the cultural sector, SKOR stoped its program. As the last artists that were invited for an exhibition we proposed to purchase this 20 m2 – house with a large, heterogeneous group of participants, and subsequently run it democratically with all shared-owners. In this manner the project aimed to use the protection offered by the acquisition of private property to set up a Meent, a Commons.

The underlying motivation for this initiative was not to conserve previously state-funded organizations, or to criticize authorities for their policies nor was it a capitulation to the logic of the market. The project simply suggested adopting and alternating principles of private ownership in order to establish a new permanent common space that hovers between private and public property. People were invited to participate in a crowd-funding campaign. All investors would become equal co-owners.

As part the campaign, a series of Open House Days were organized. Each Sunday afternoon in May and June 2012, lectures and workshops were organized about the value of creative commons-licences, crowd-investment and grass-roots democracy. The crowd-funding campaign stopped at the end of 2012. In total 2810,- Euro was collected from 125 participants. Unfortunately not enough to buy the property, which was appraised at 150.000 Euro. The money was donated to Stichting Noodzaak, who helps undocumented migrants with housing problems.