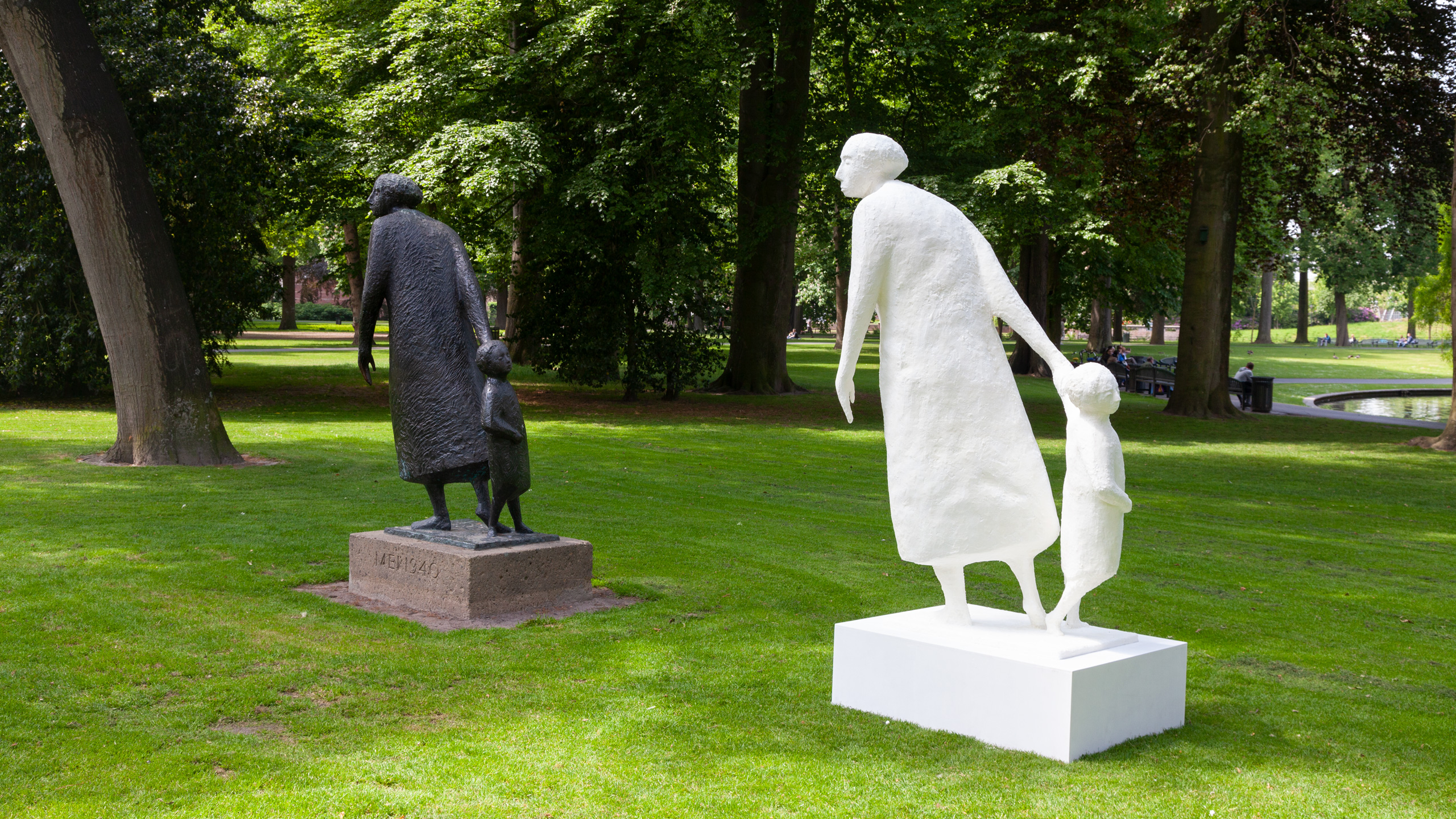 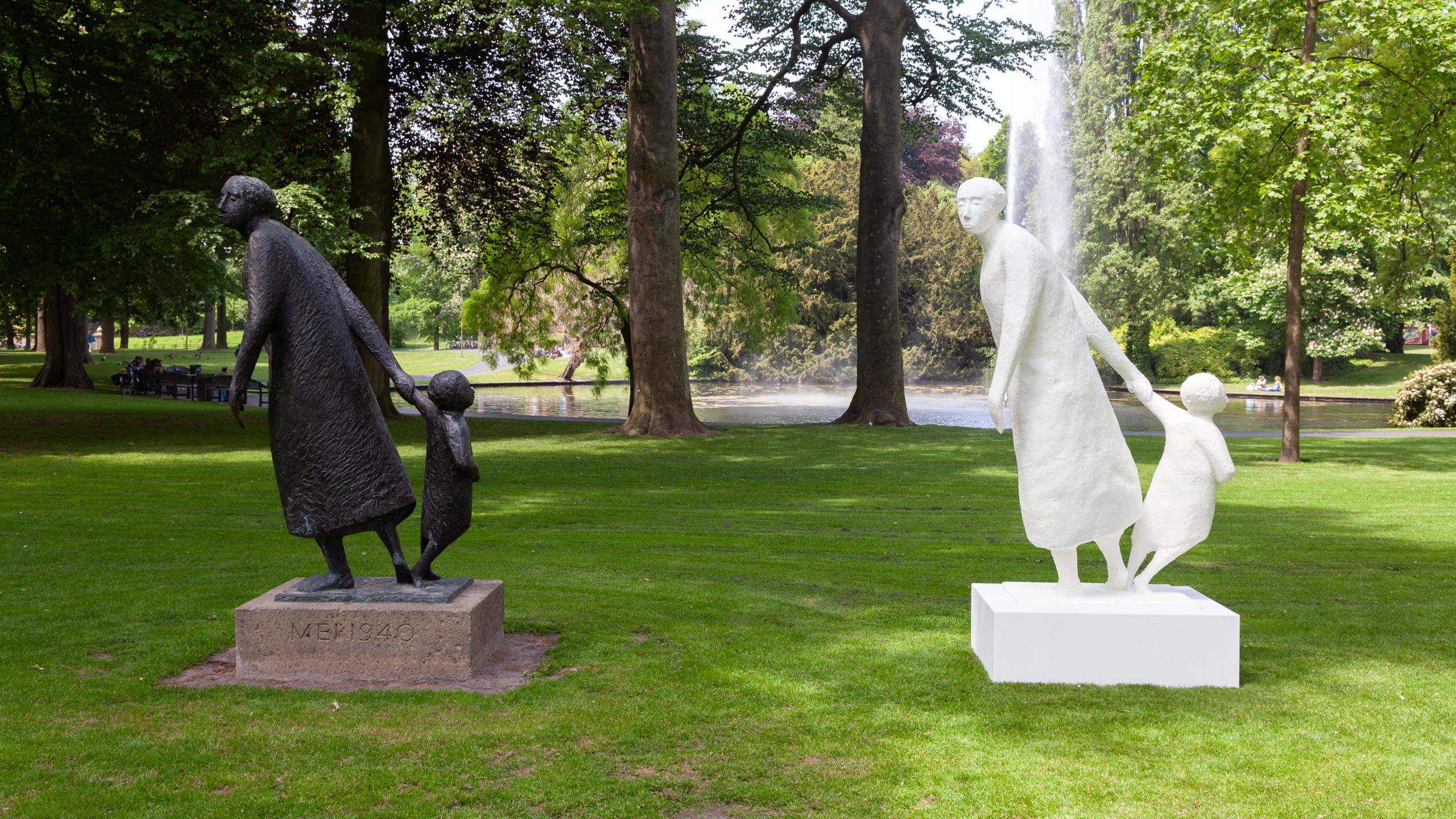 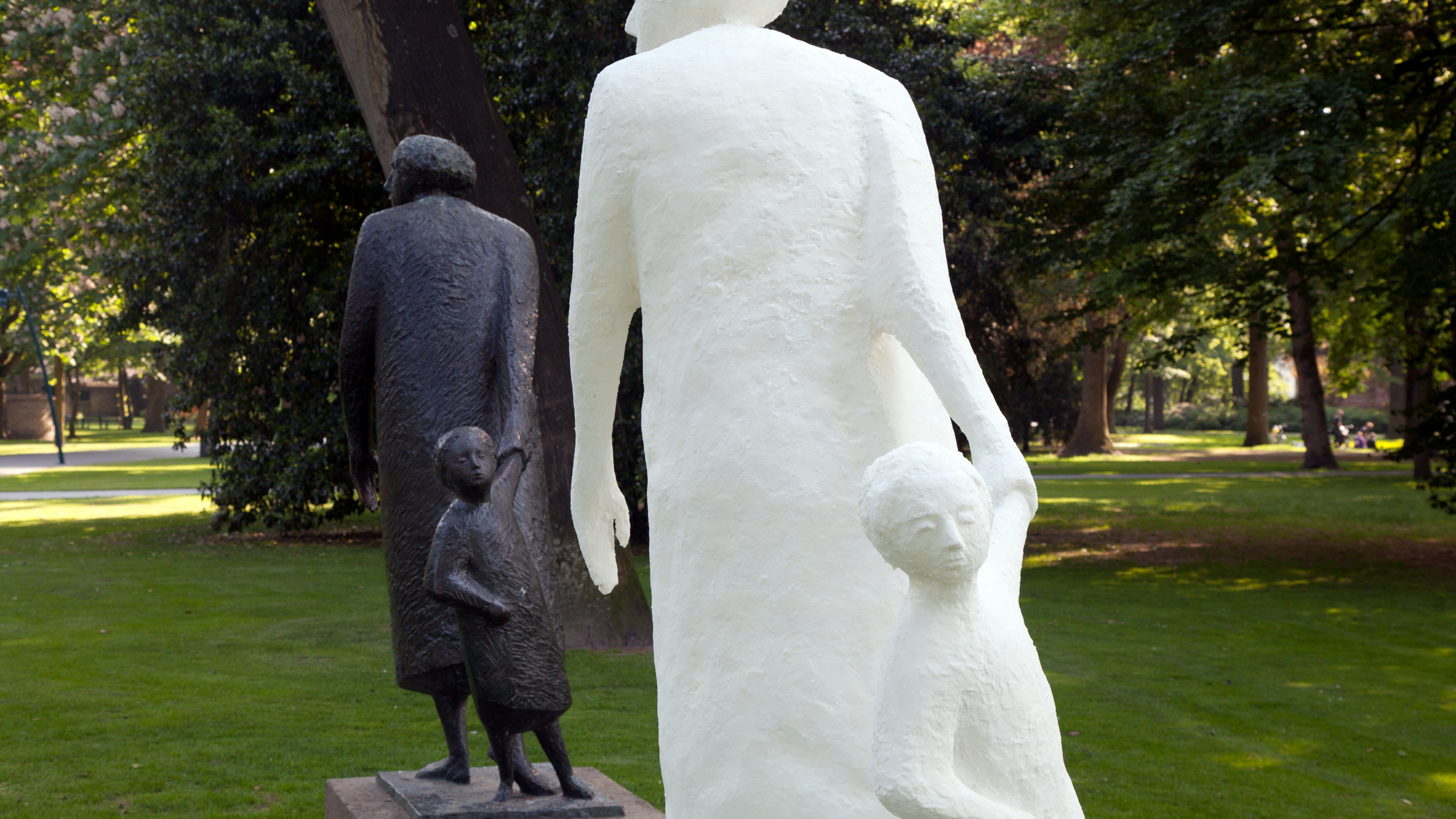 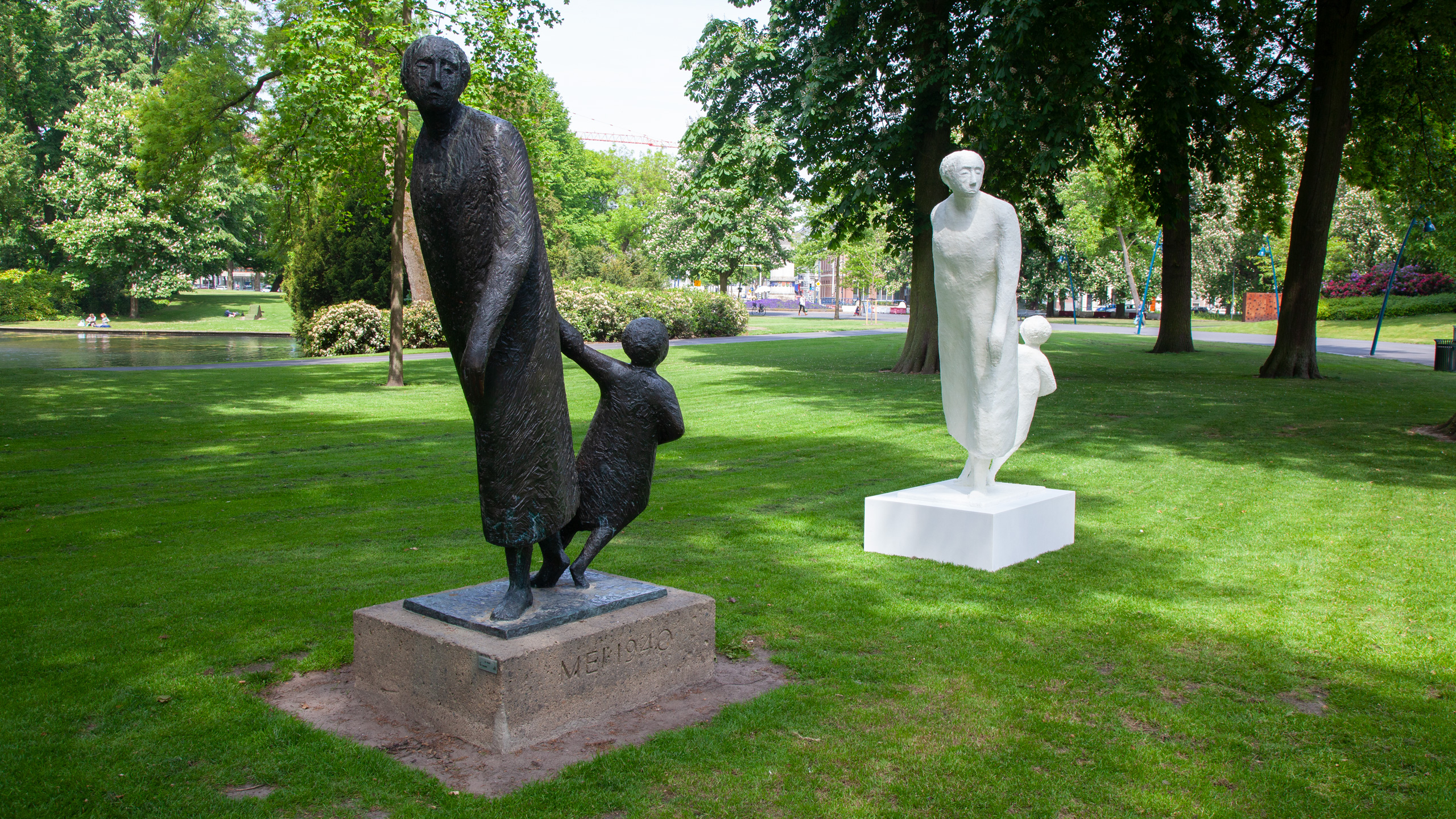 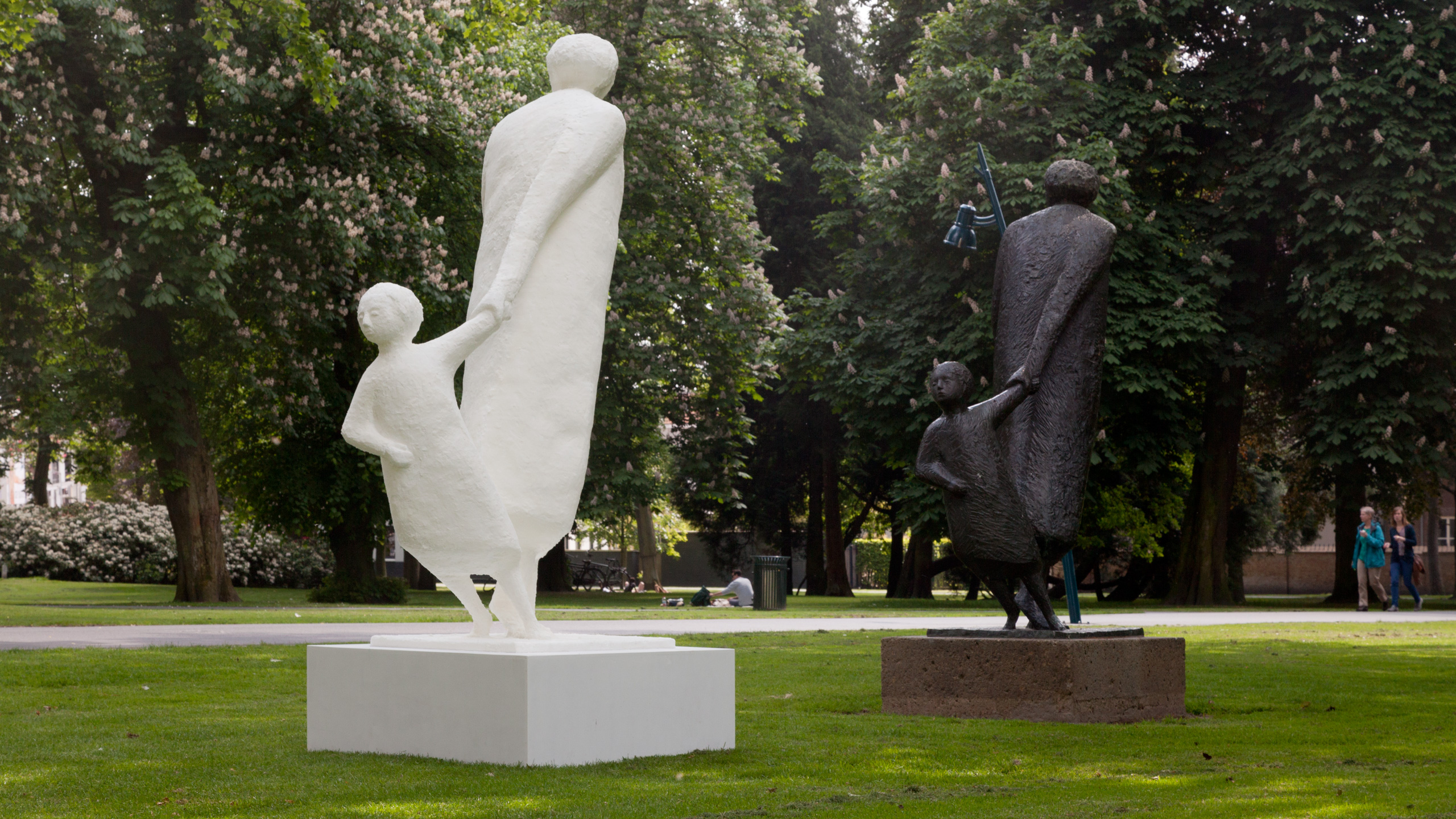 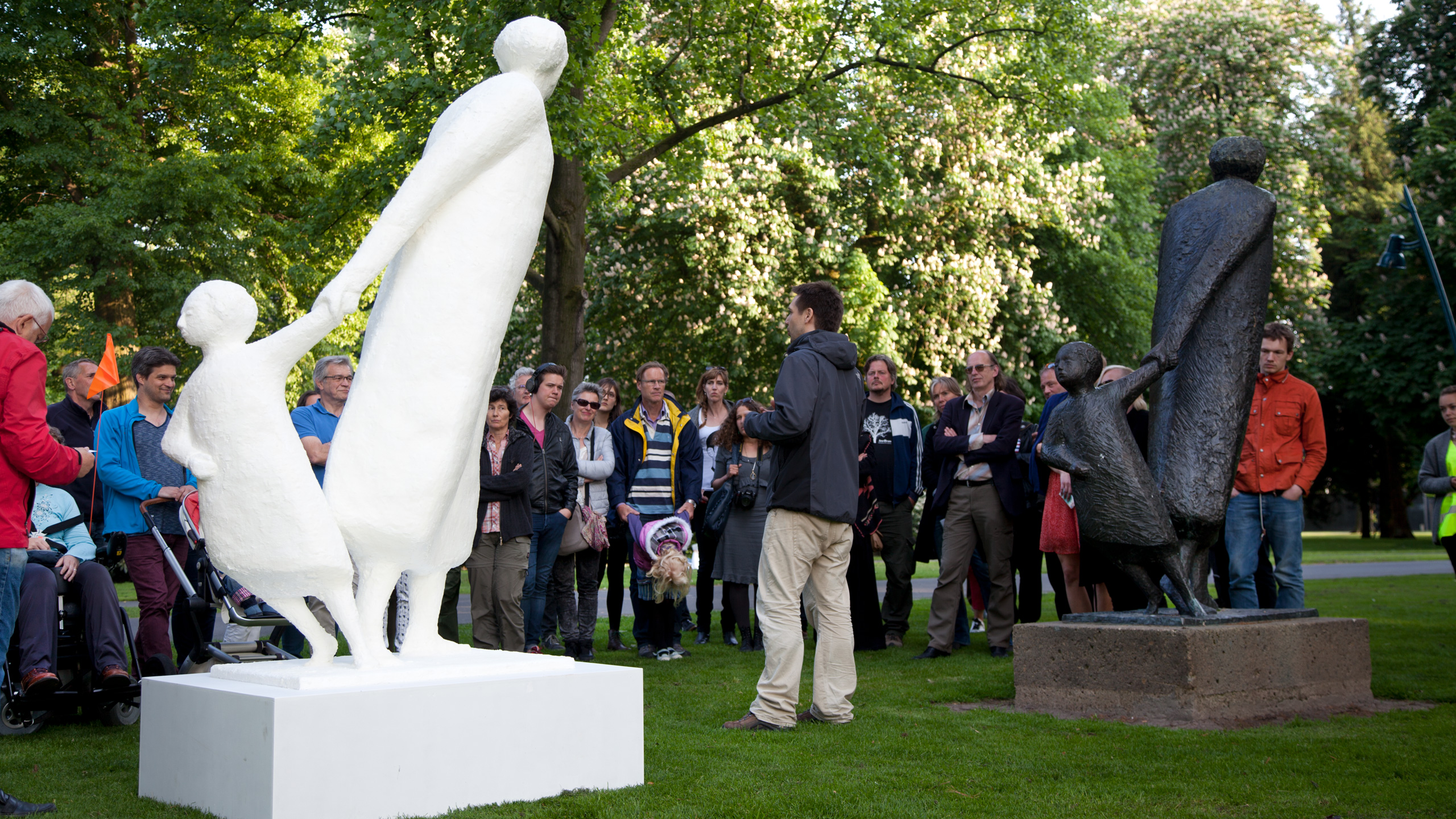 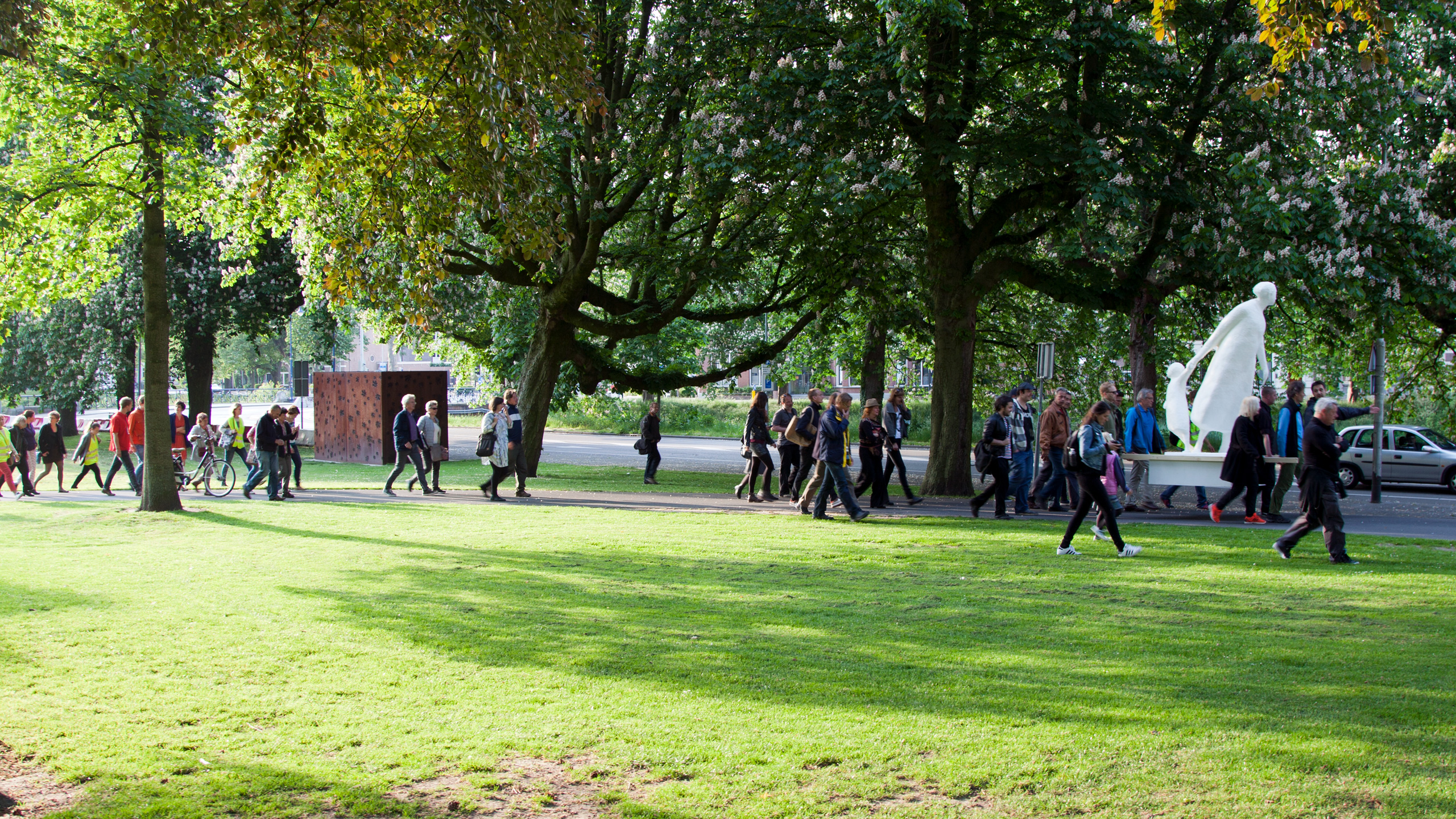 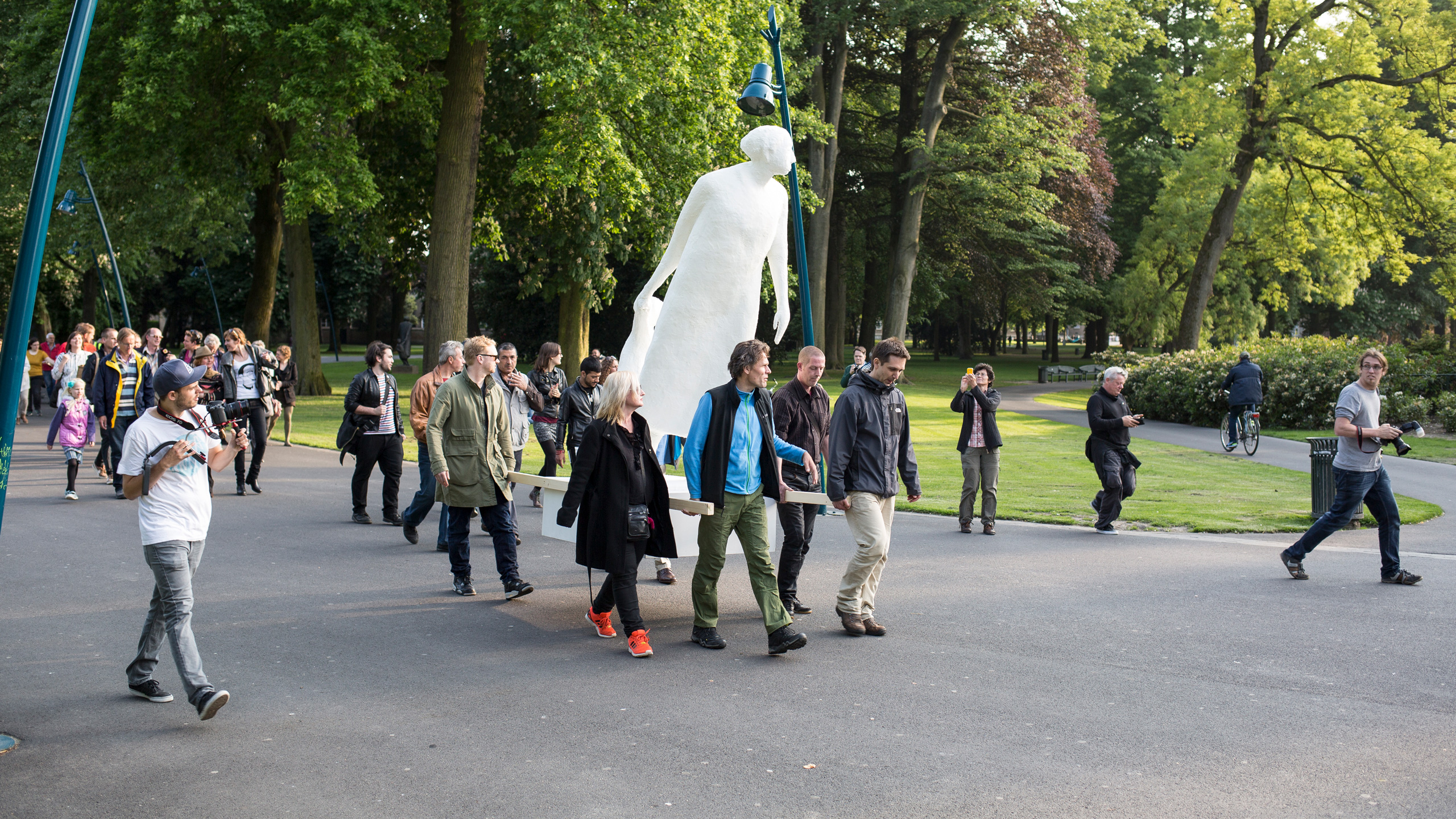 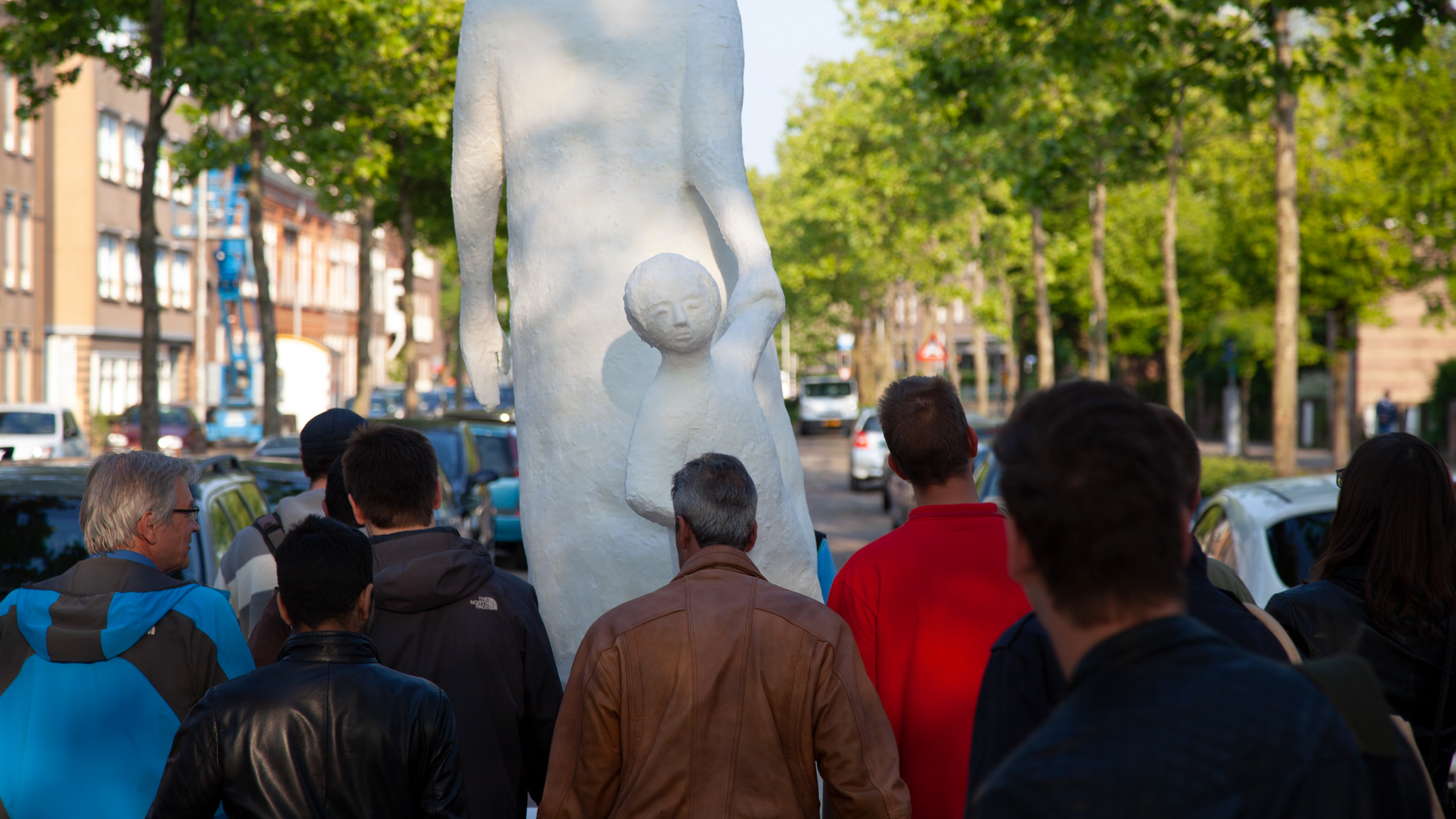 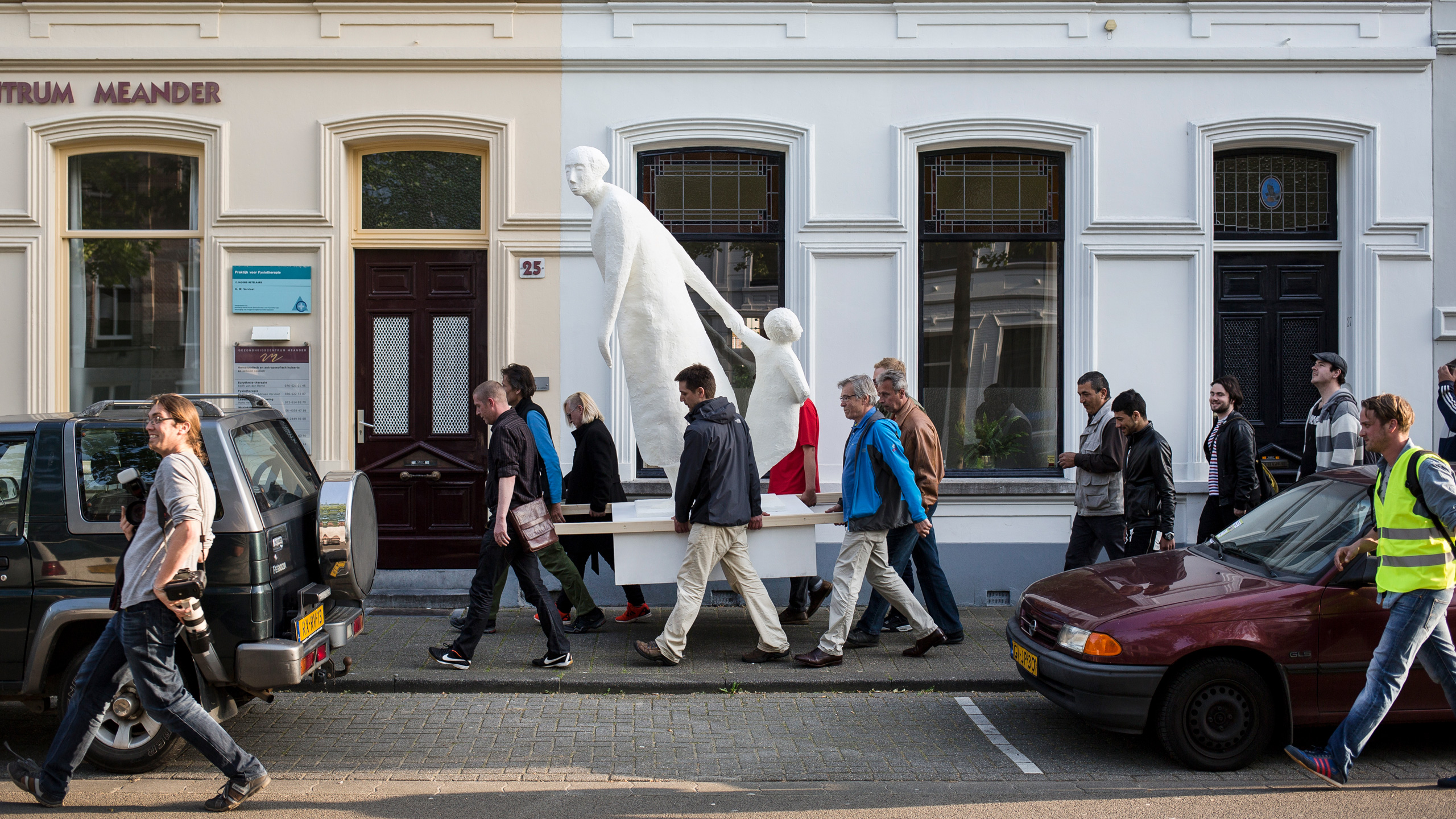 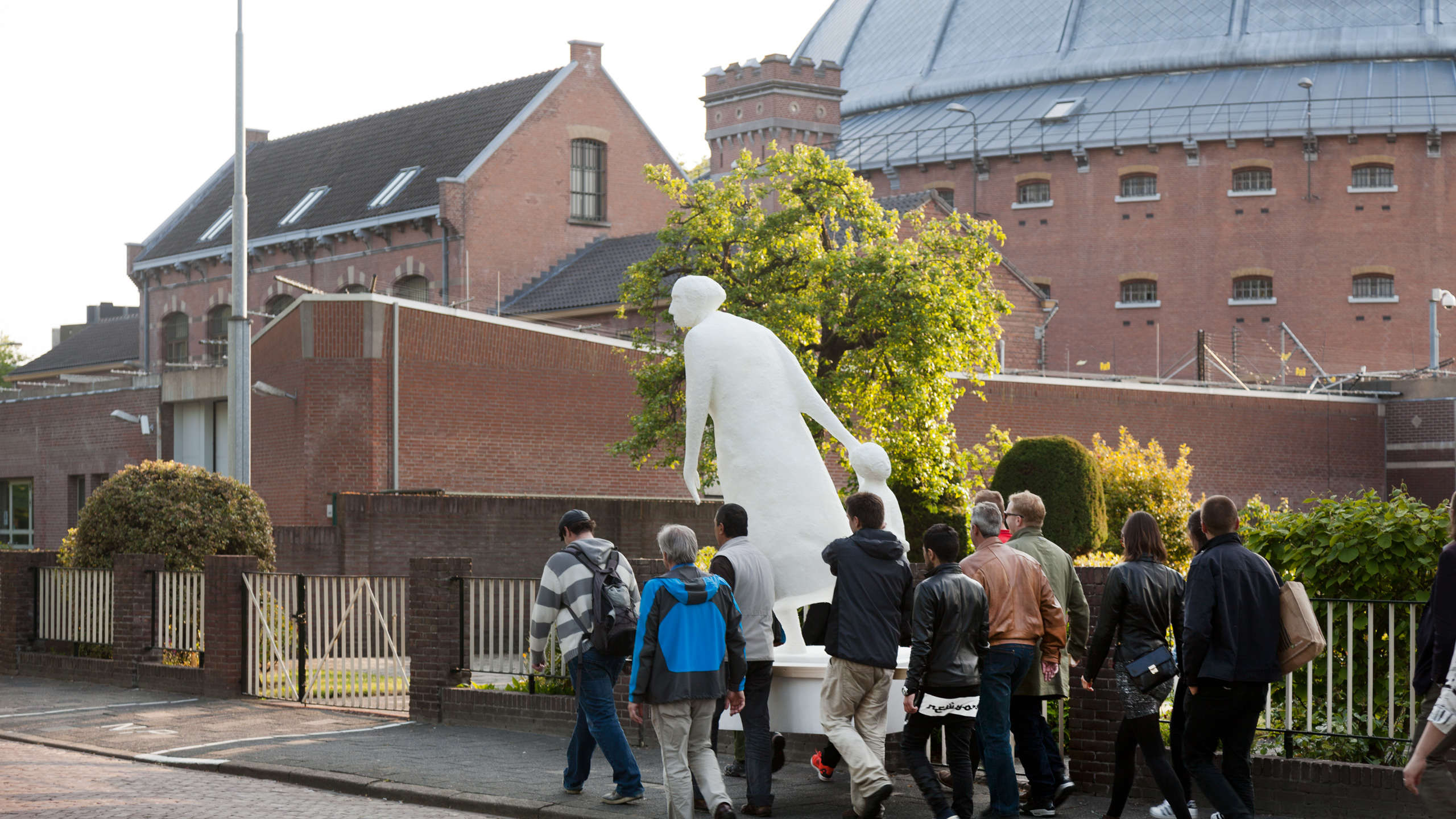 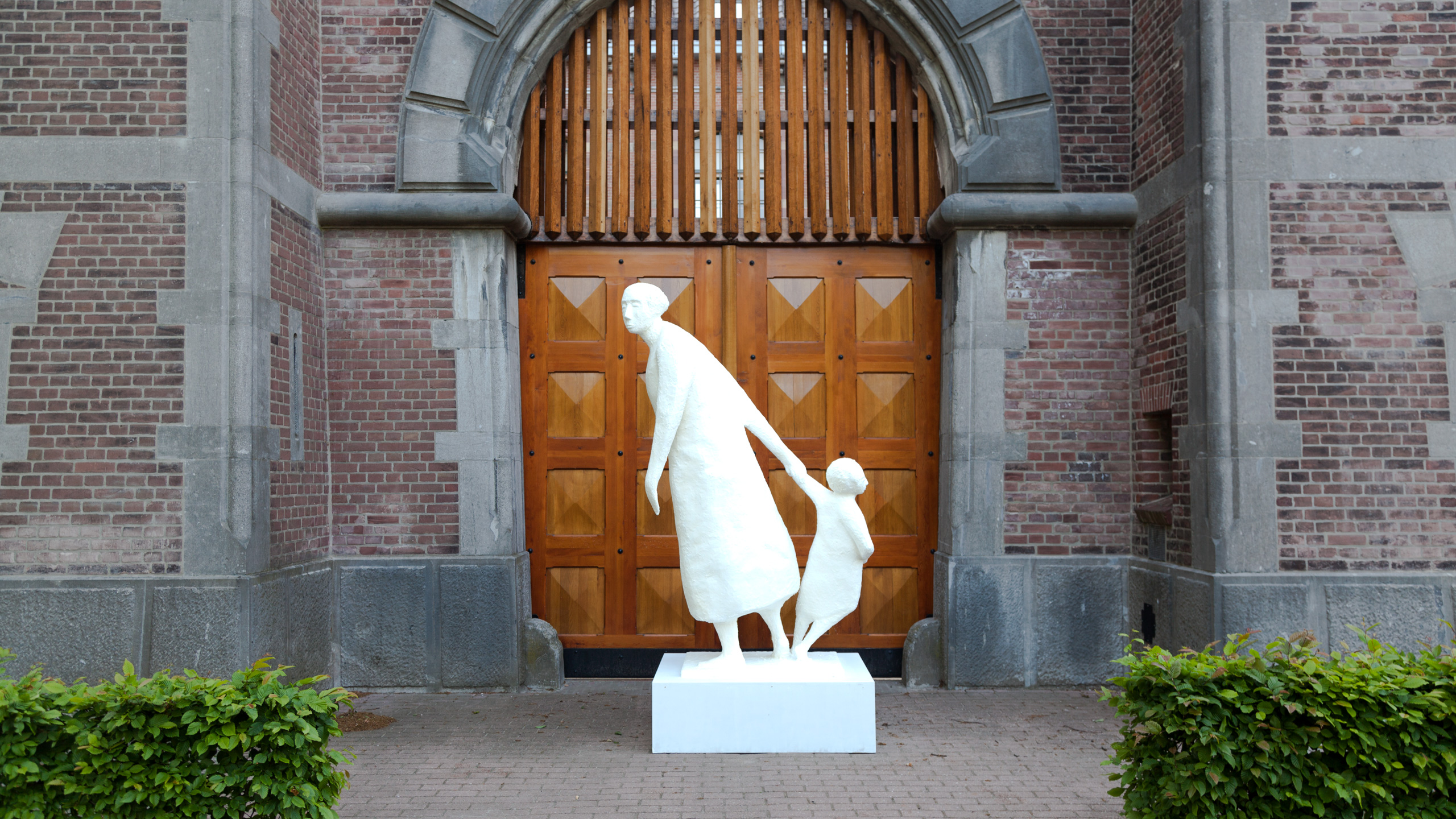 (Dutch for ‘The Flight’) is a copy of a namesake monument, which commemorates the moment in 1940 when citizens of Breda had to flee their city due to the impending war. The project deals with the protests over the opening of a temporary refugee center in 2015. In response, the project presented a replica of the original monument made from sugar, obtained through a door-to-door collection in the streets surrounding the asylum center. After the ceremony the sculpture was replaced to the entrance of the refugee center.

The original monument is made by the Dutch sculptor Hein Koreman, located in the Valkenberg Park in the city center of Breda. Every year on the 4th of May this monument is used to commemorate the casualties of the Second World War, but in particular it reminds us of the so-called ‘Vlucht van Breda’. On the 12th of May 1940 the citizens of Breda fled their city due to the impending war.

I created the sugar monument as a direct response to the commotion that was caused by the arrival of 400 refugees in a newly opened asylum center in a former prison in the city center. During the last years many local inhabitants protested against the opening of this asylum center. They feared an increased crime rate and a decreased value of their properties.

As a response I collected sugar by asking the citizens of Breda for a cup of sugar. This traditional custom is often referred to as a token of hospitality. Furthermore sugar is inextricably linked to the city because of its rich history of sugar related industries. Hundreds of kilos were collected and transformed into a replica of the original monument. The monument was officially unveiled on Friday the 22nd of May in collaboration with a committee which organized a welcoming party for the refugees of the asylum center.