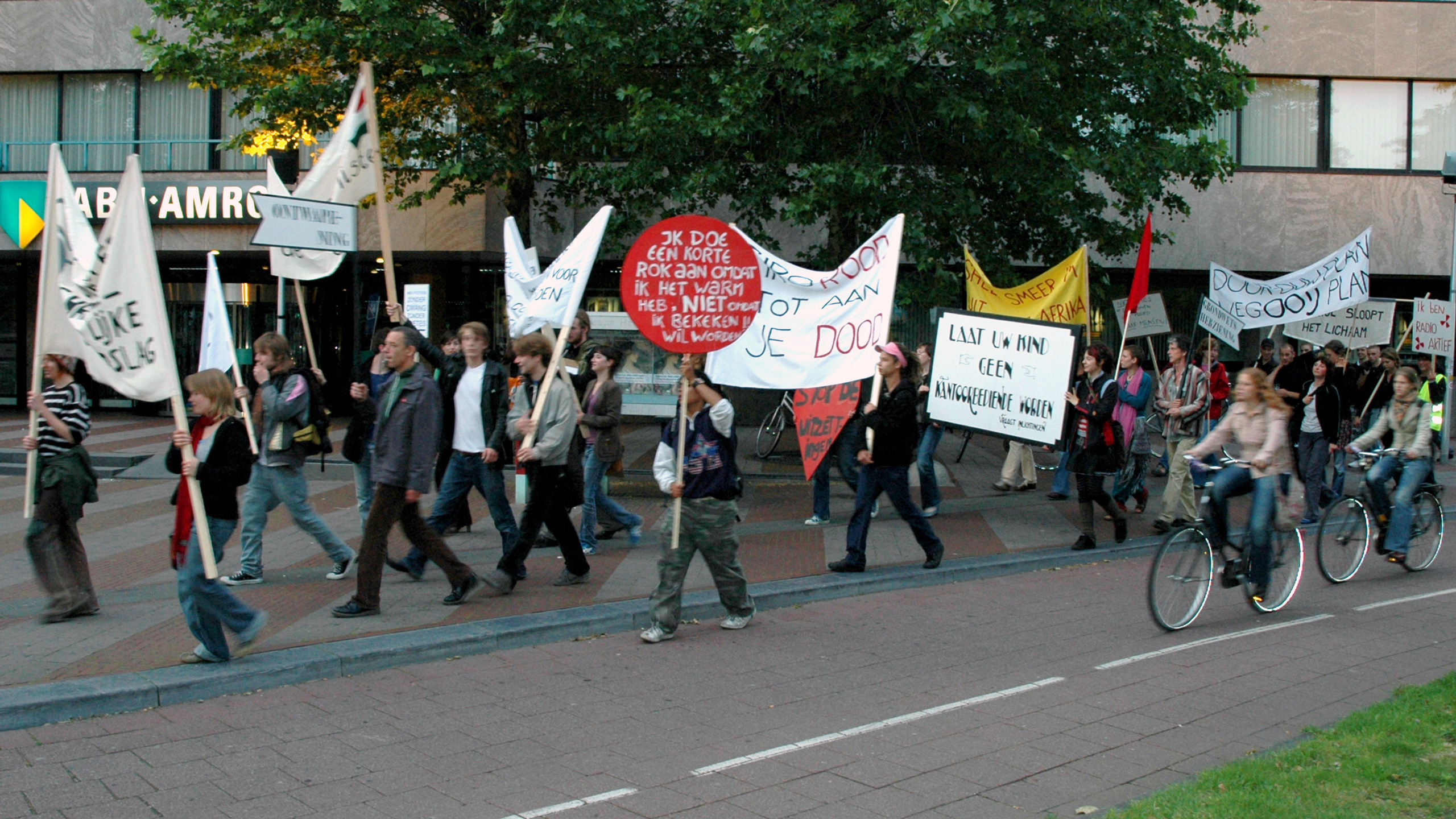 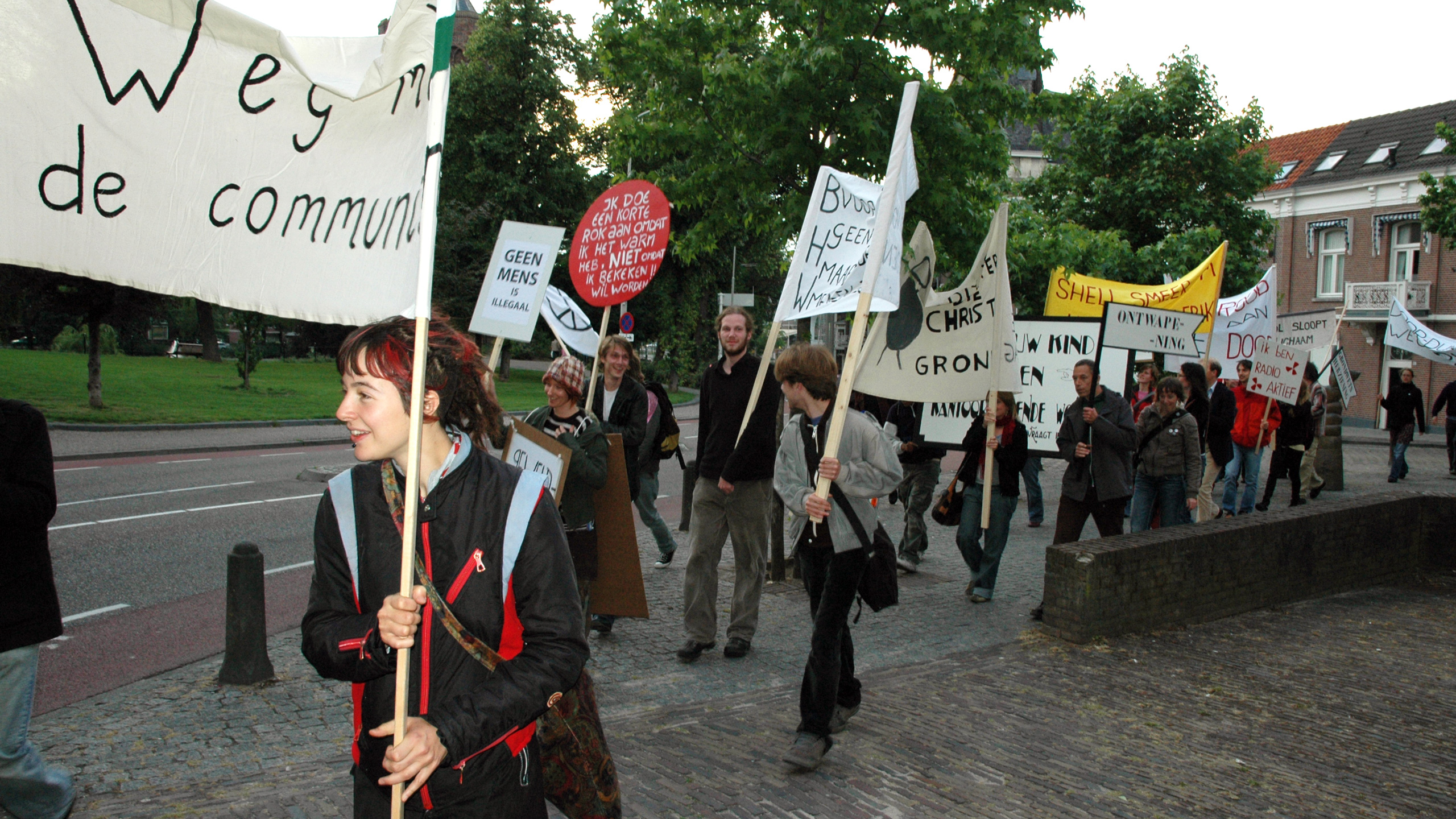 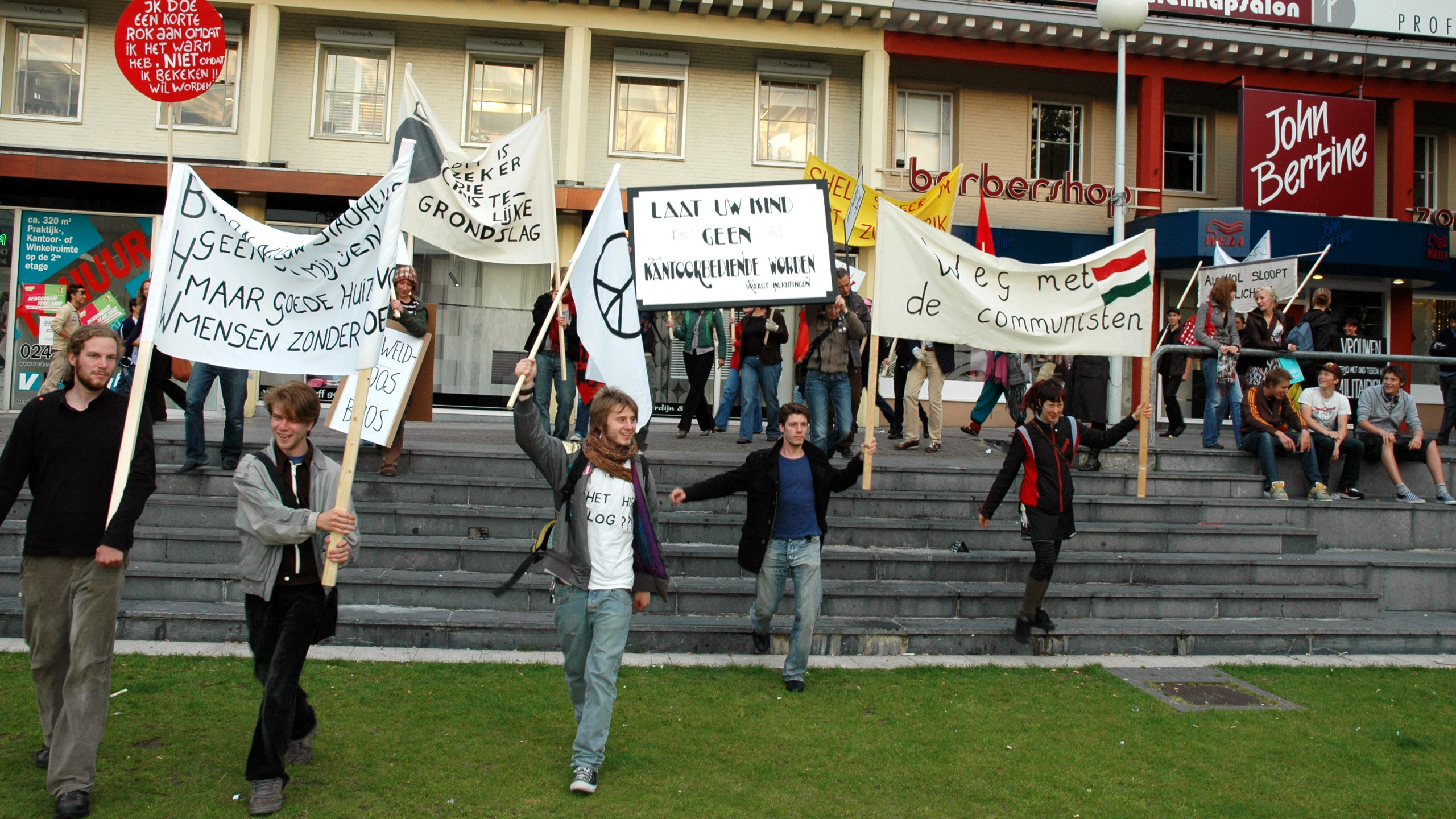 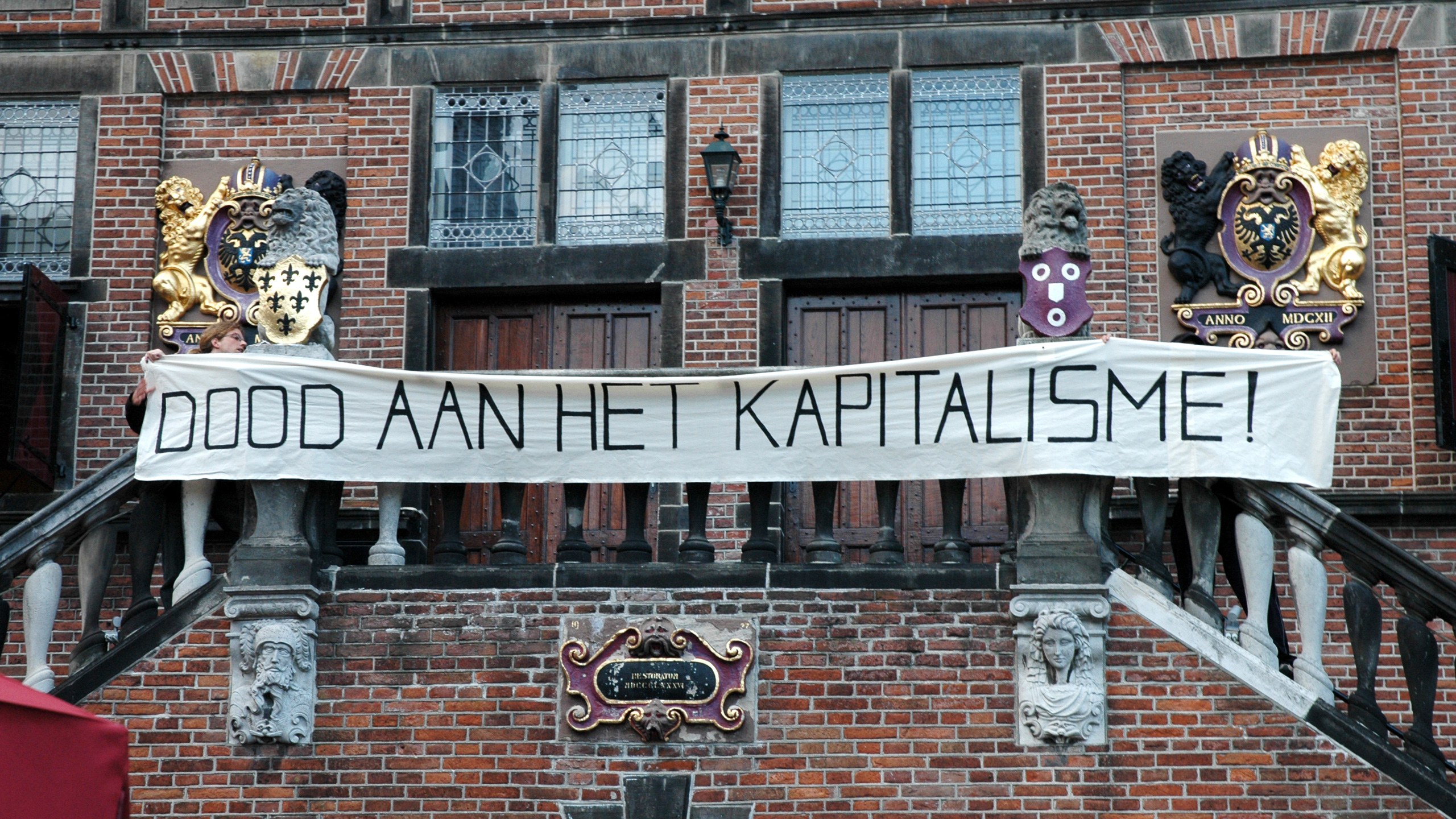 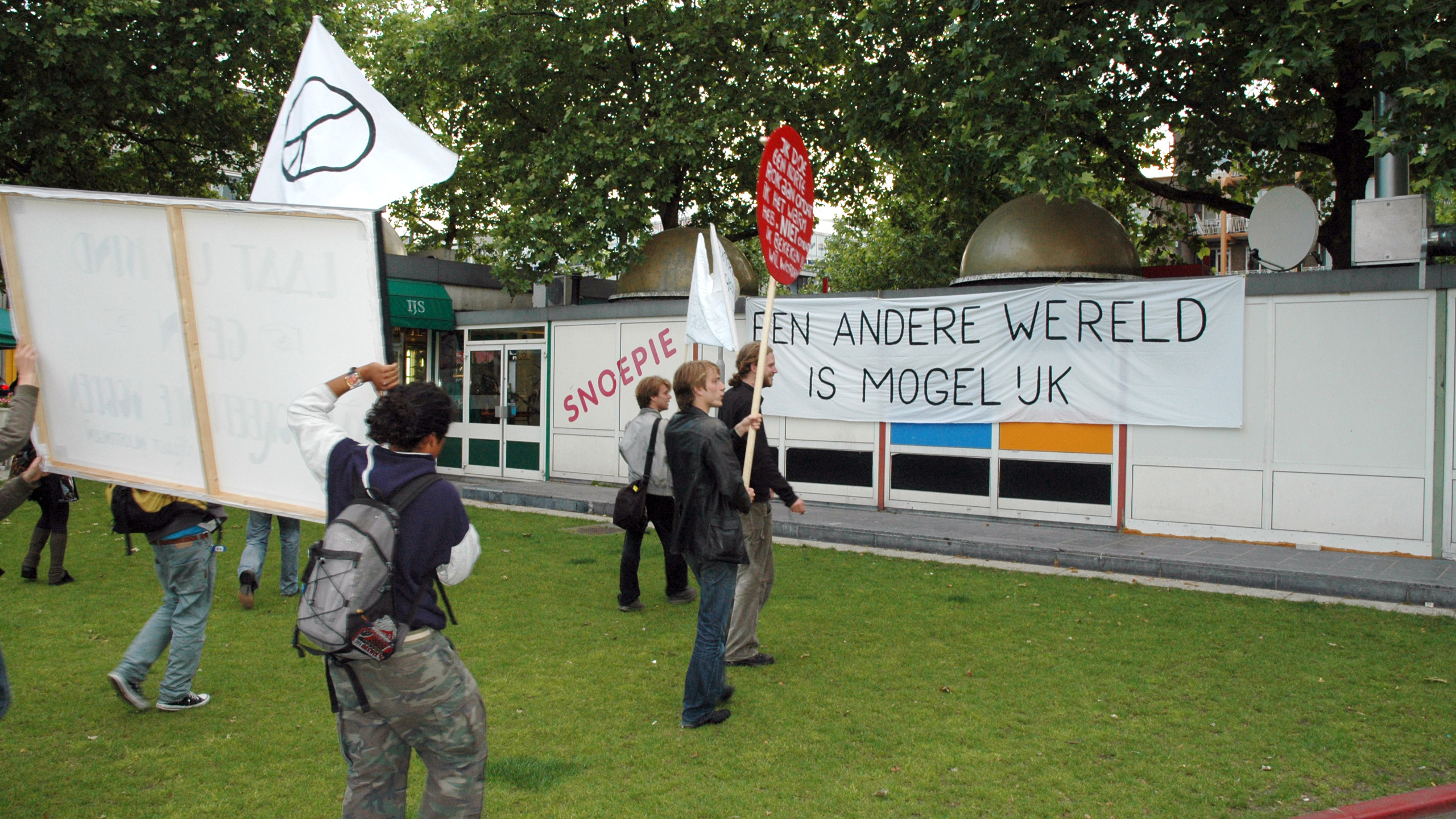 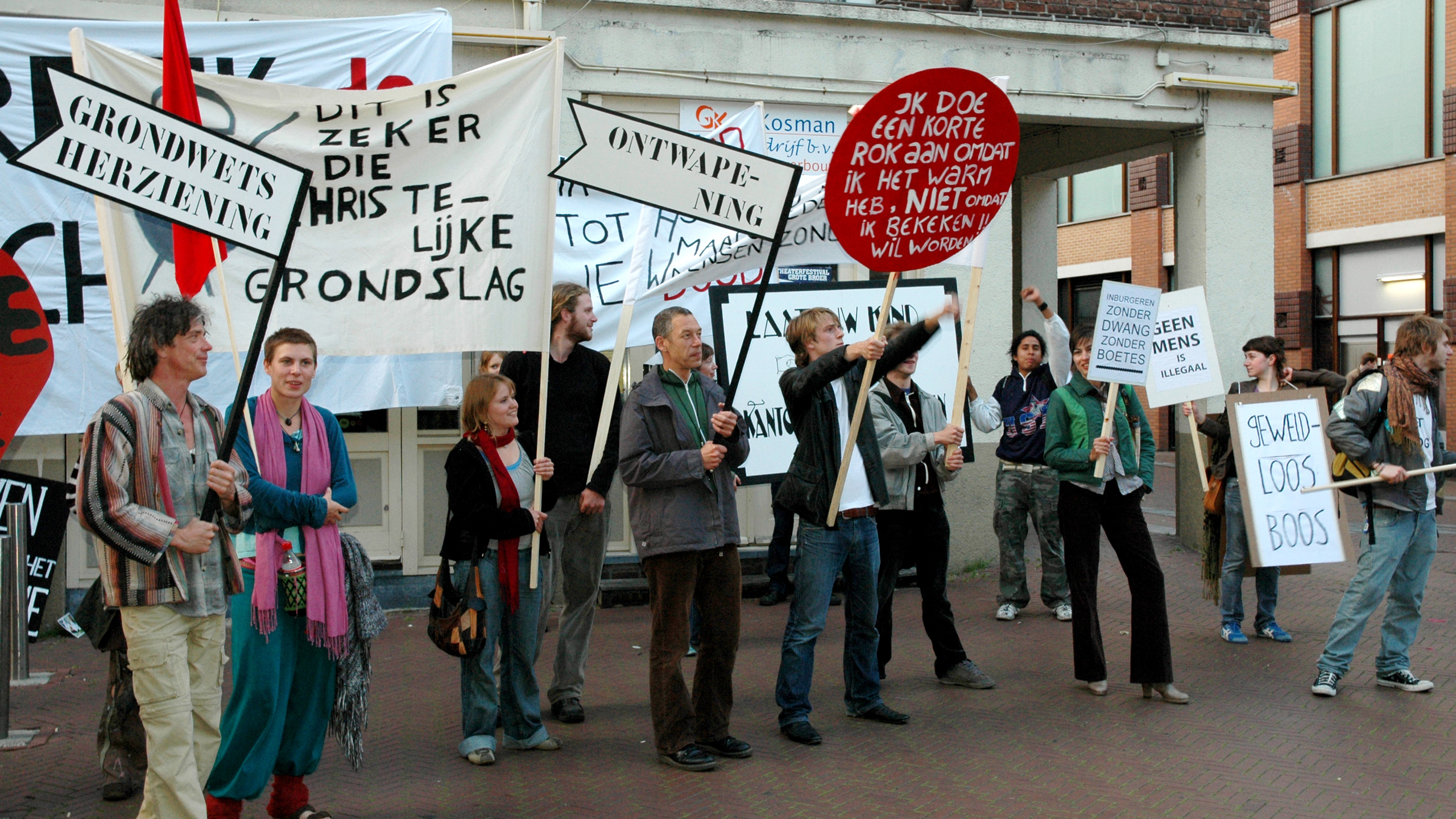 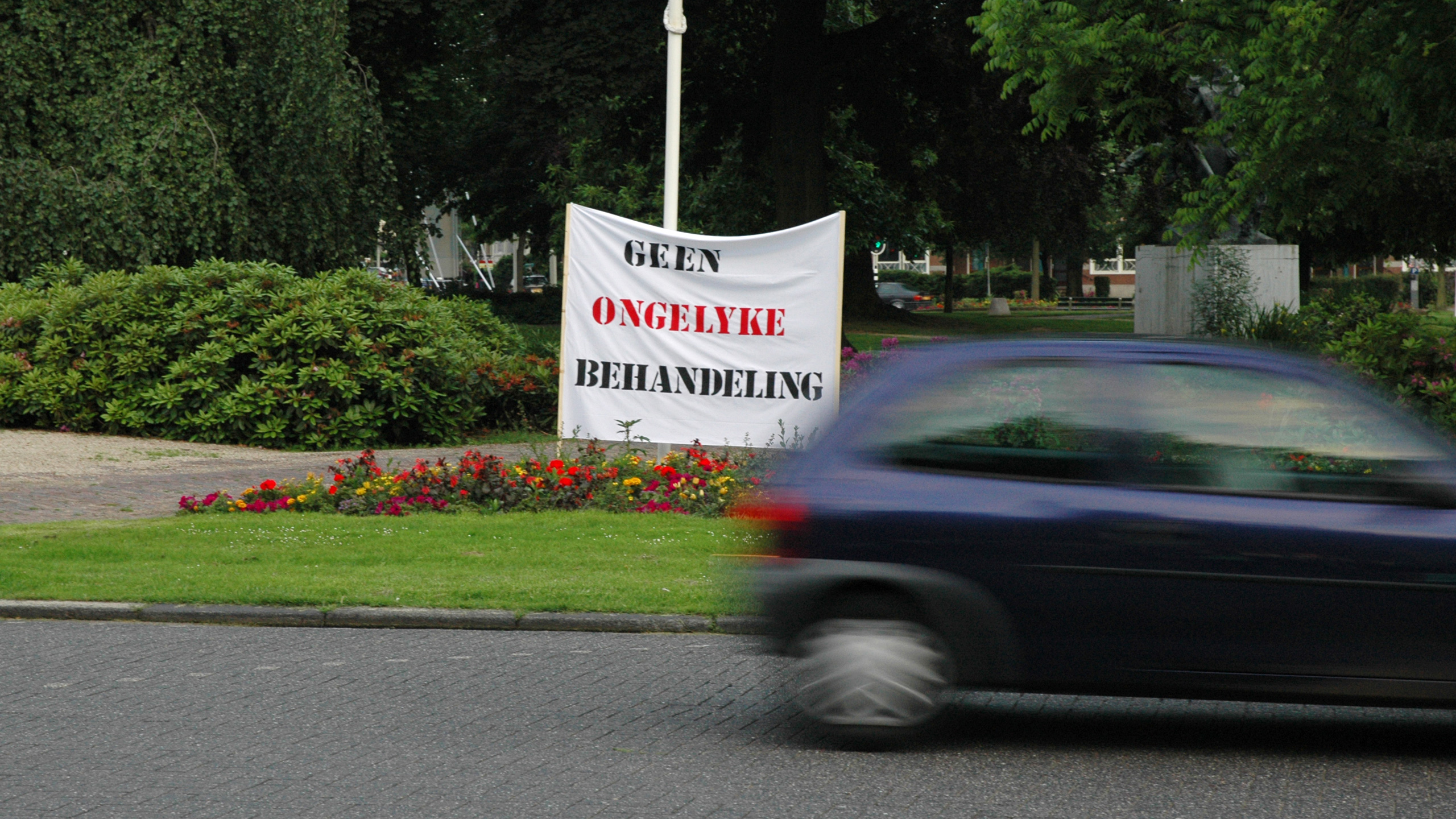 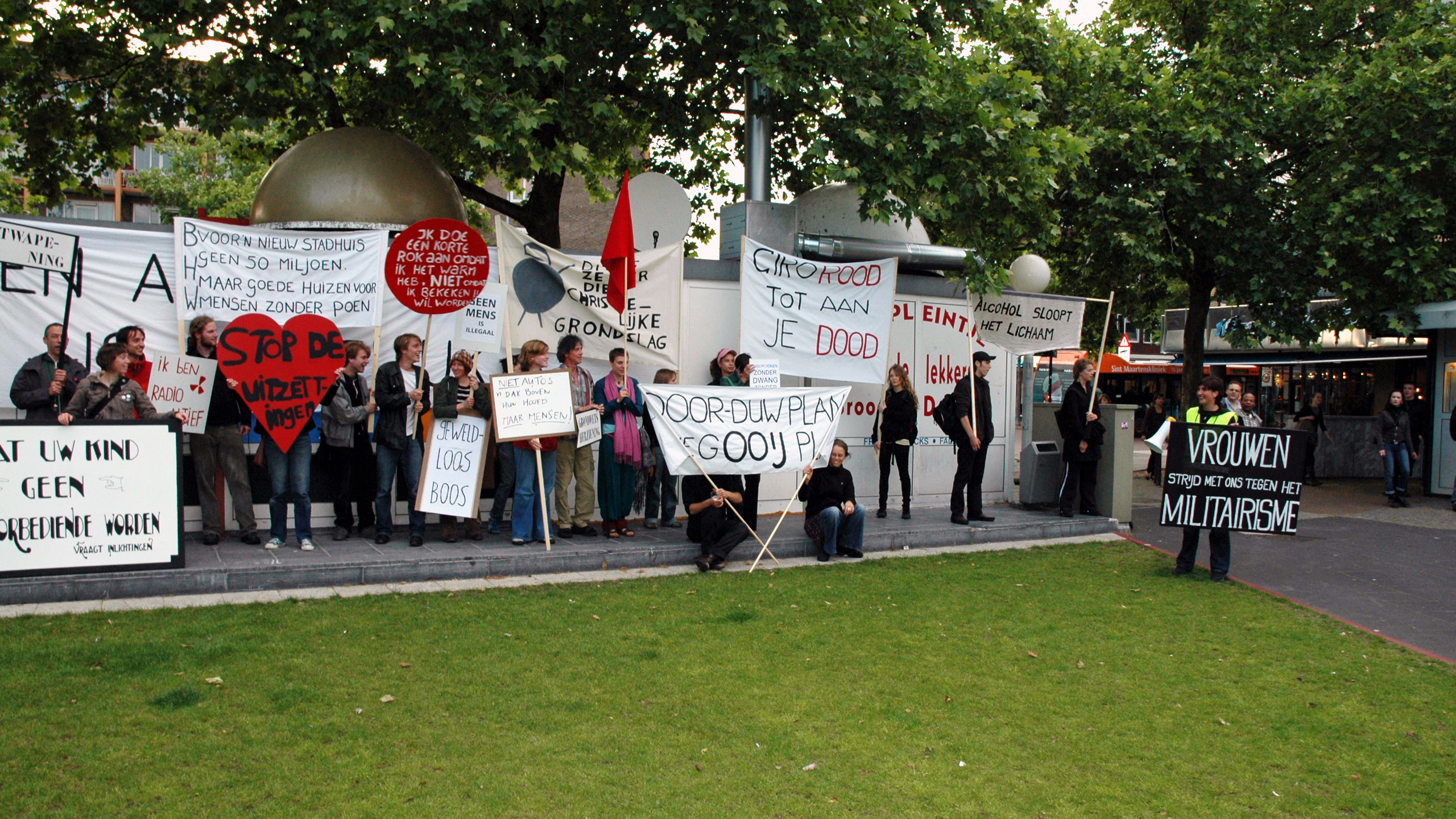 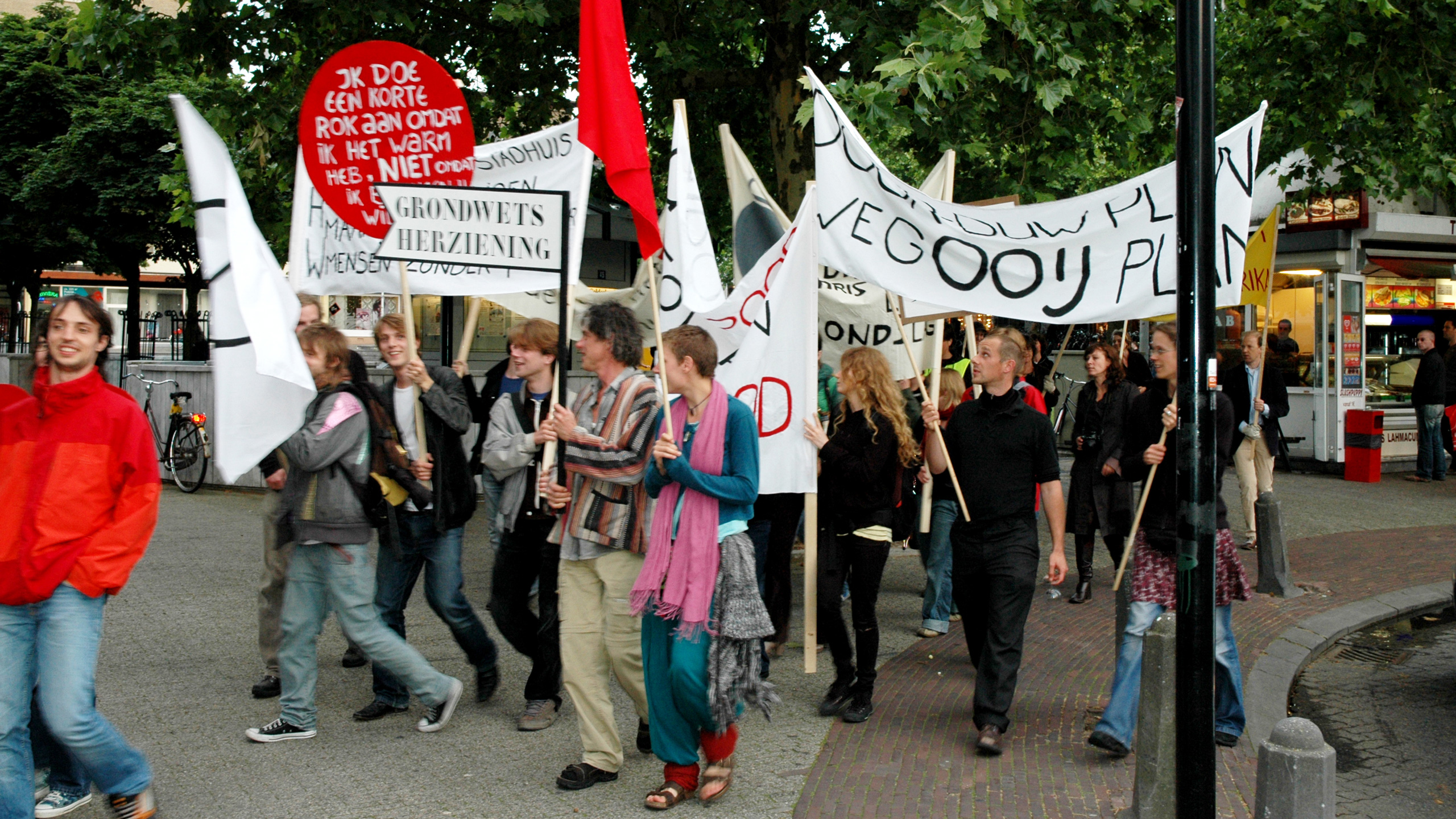 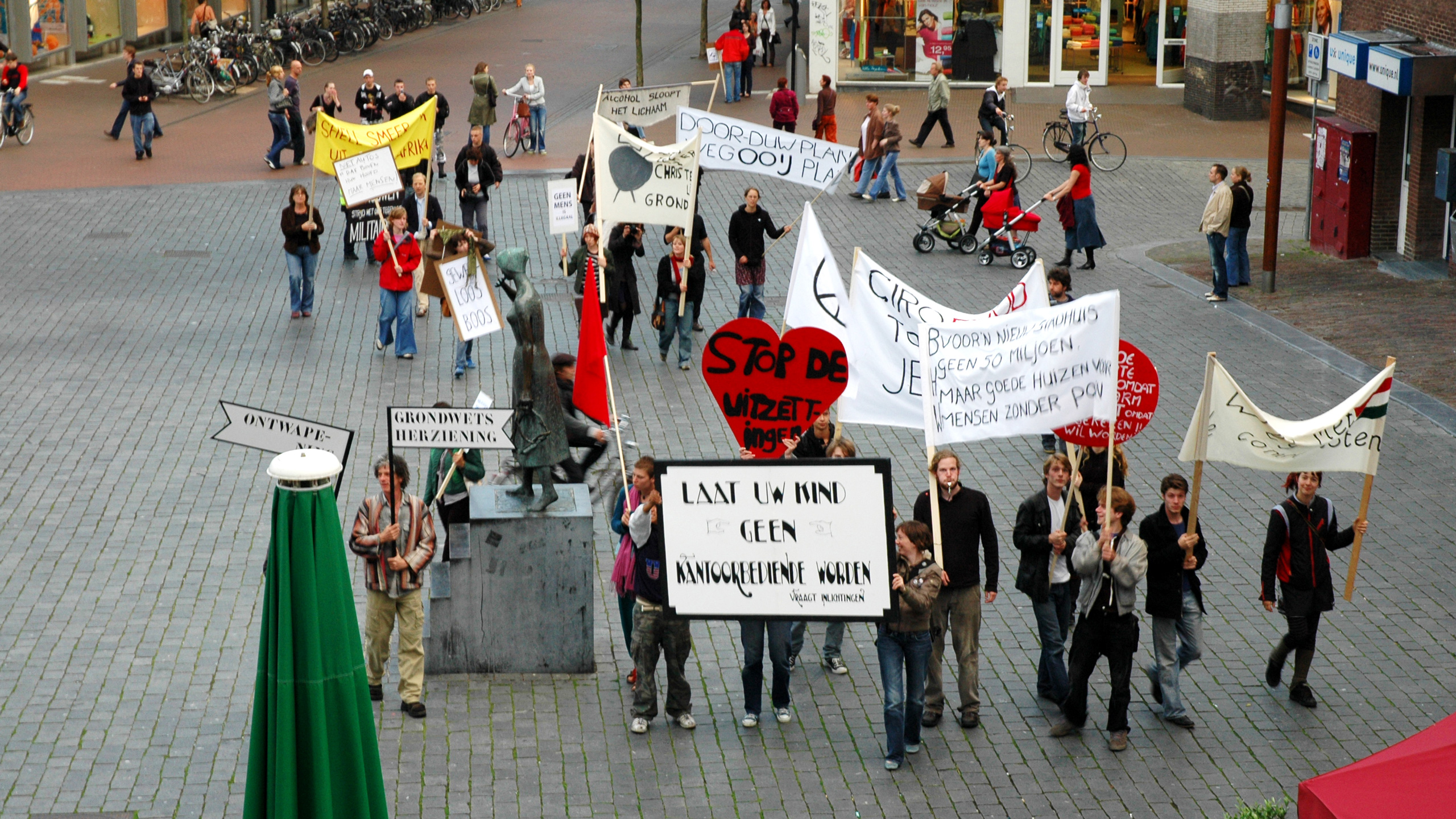 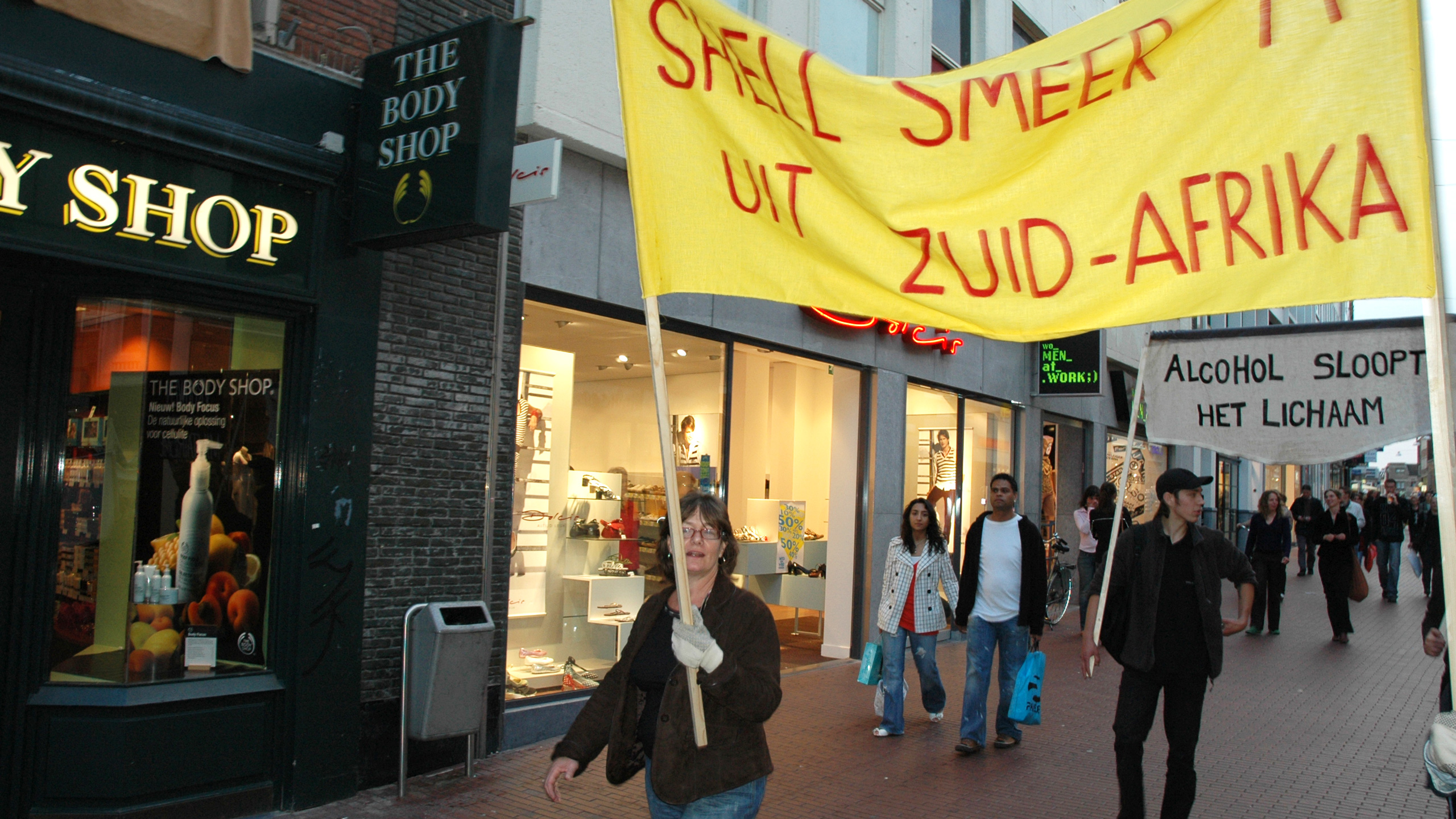 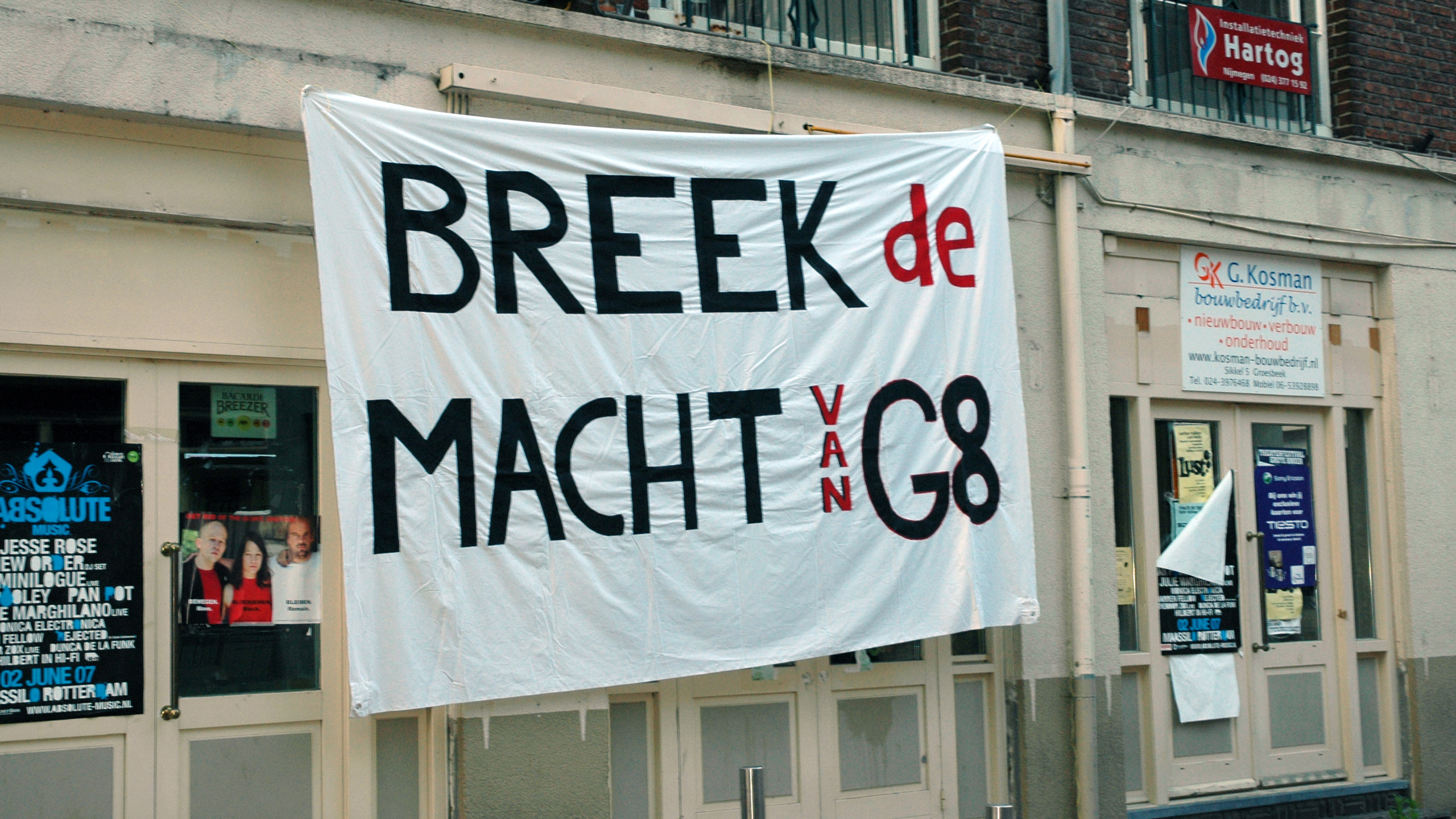 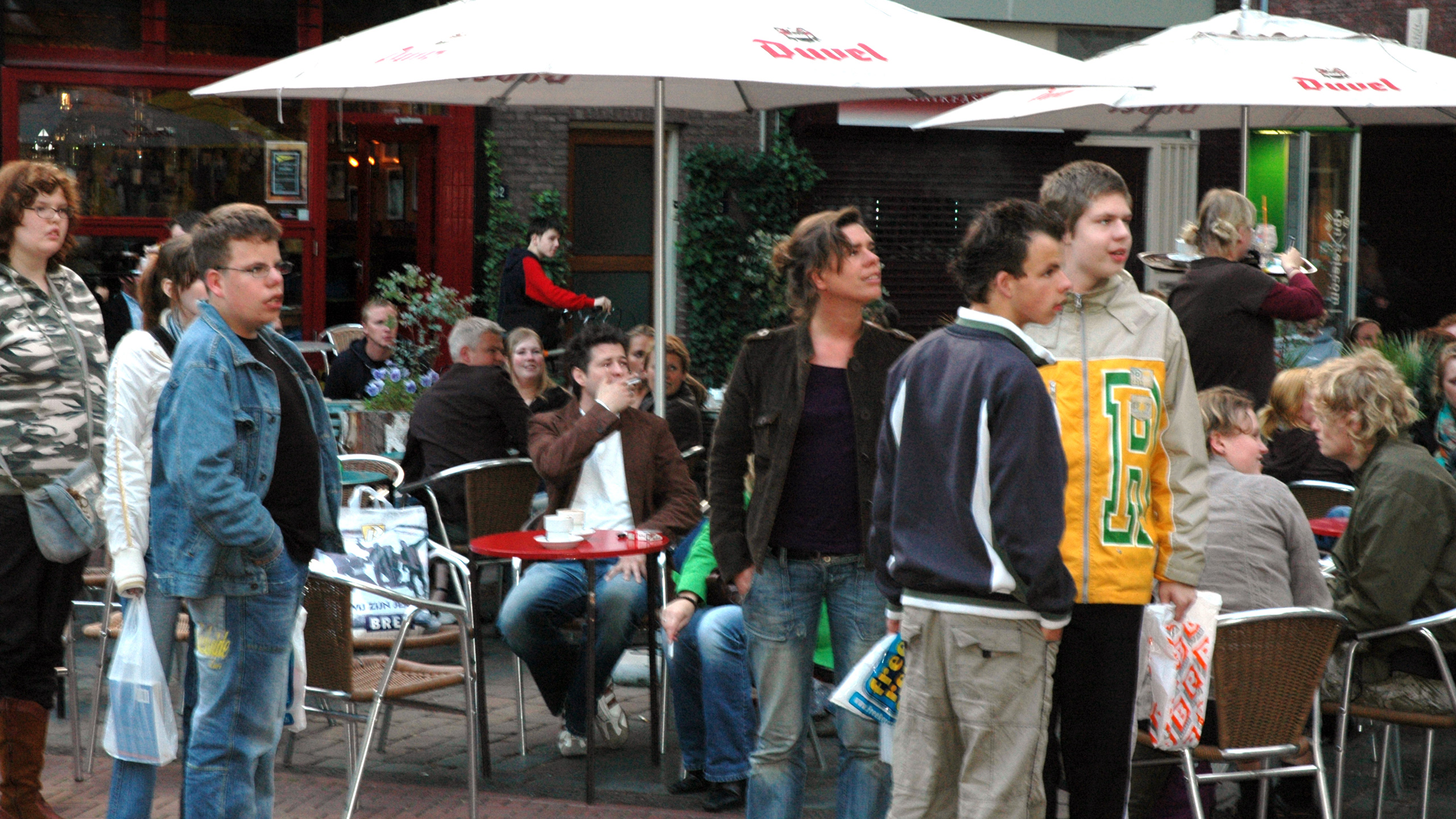 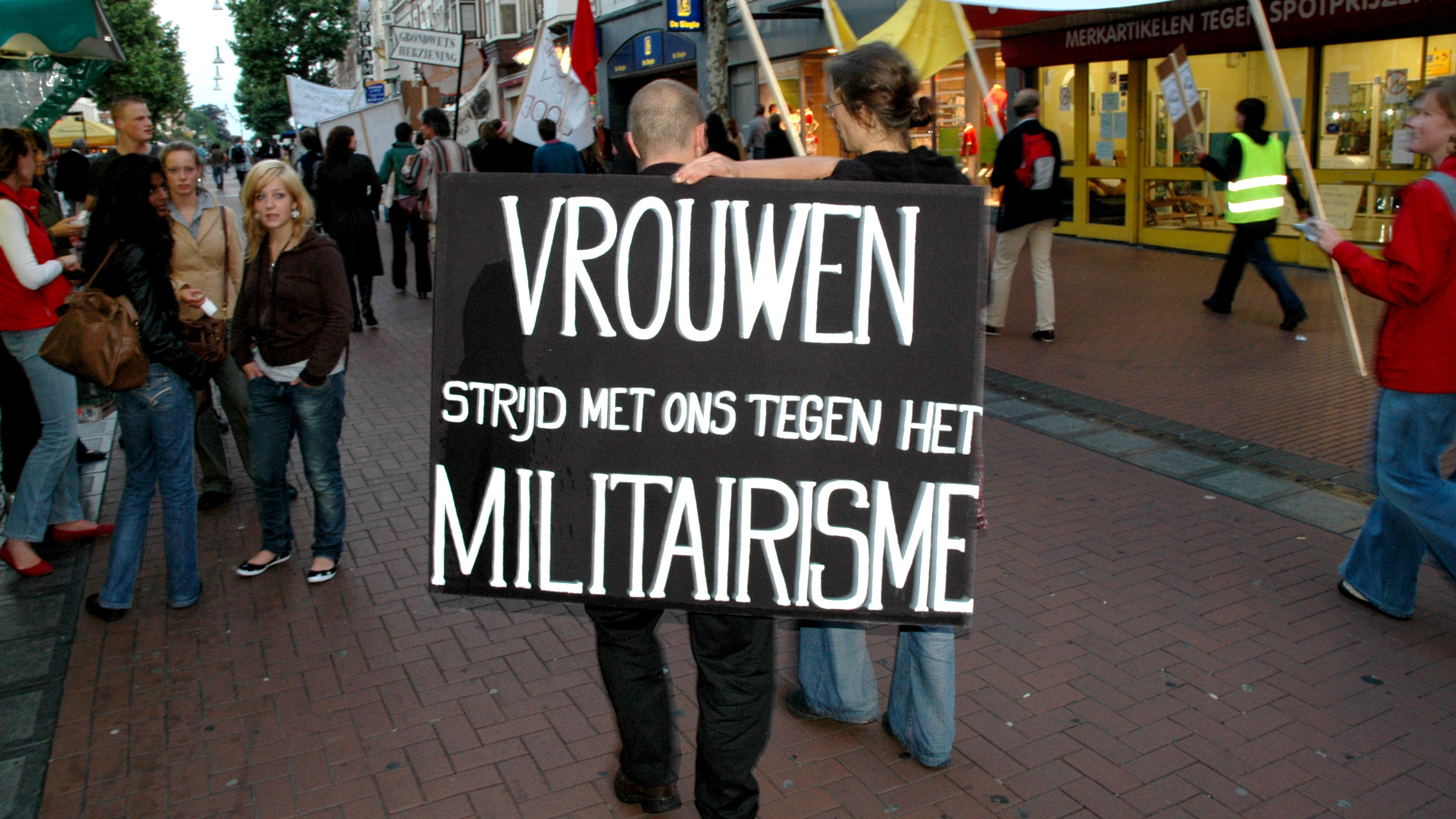 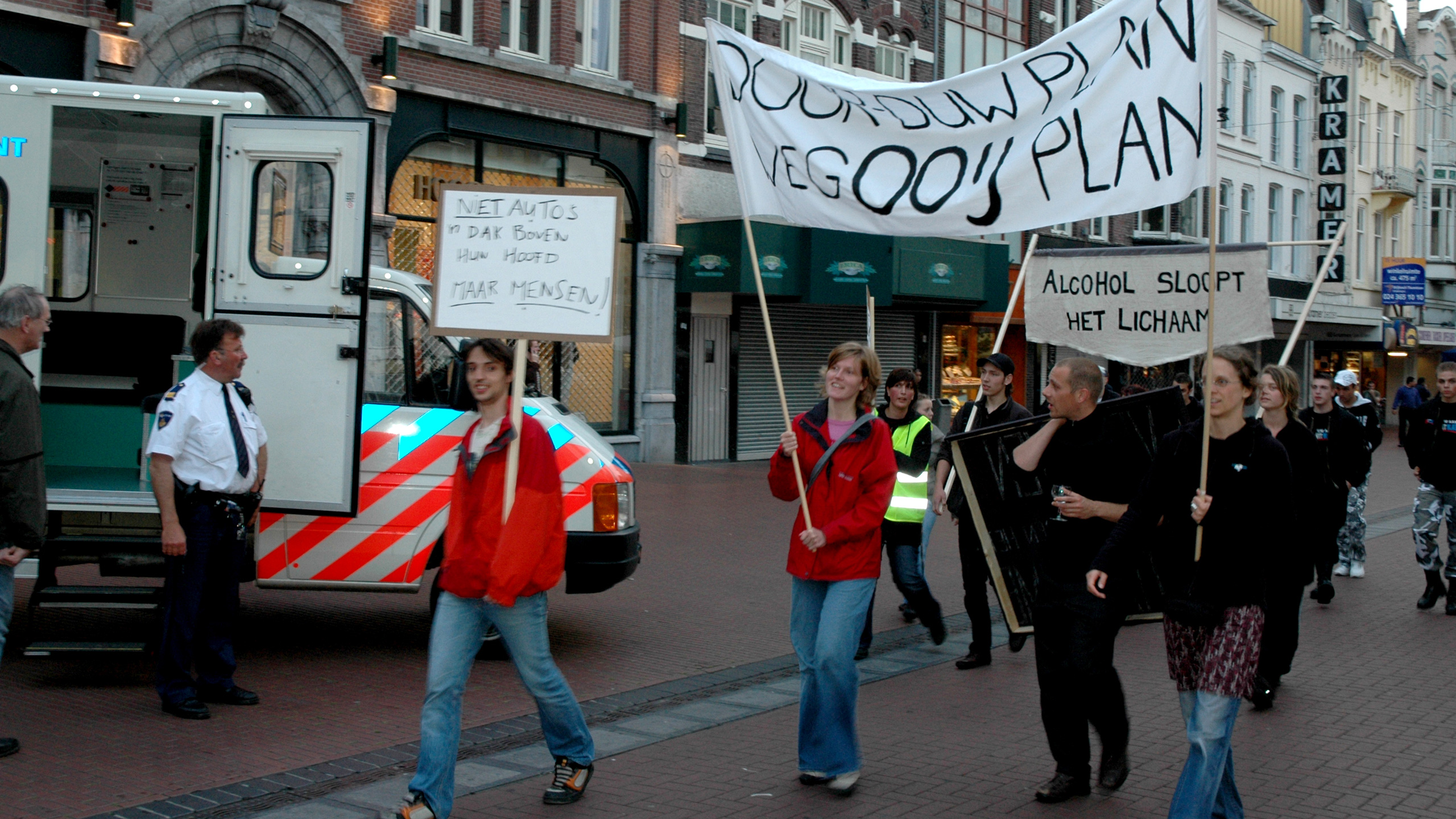 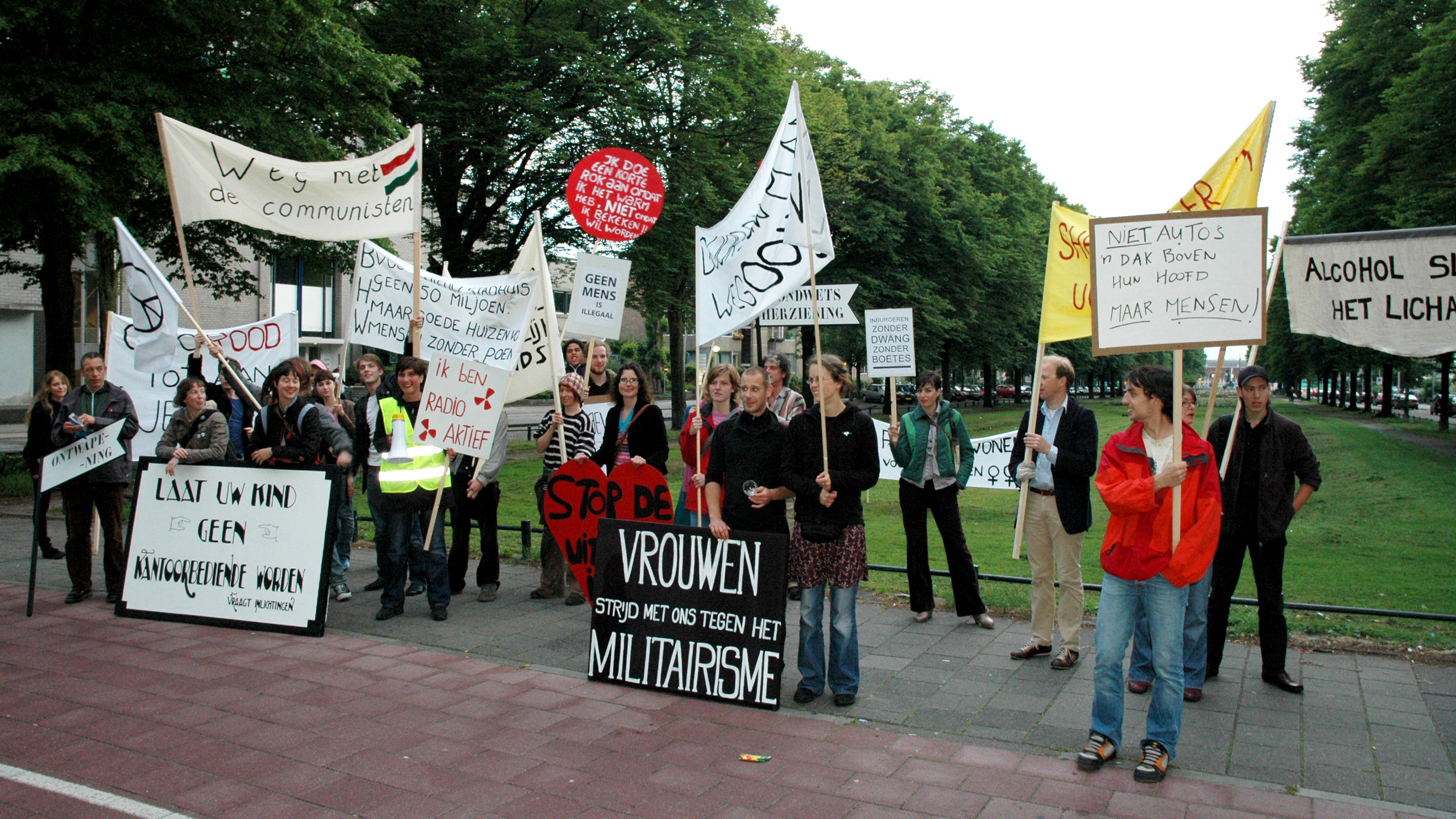 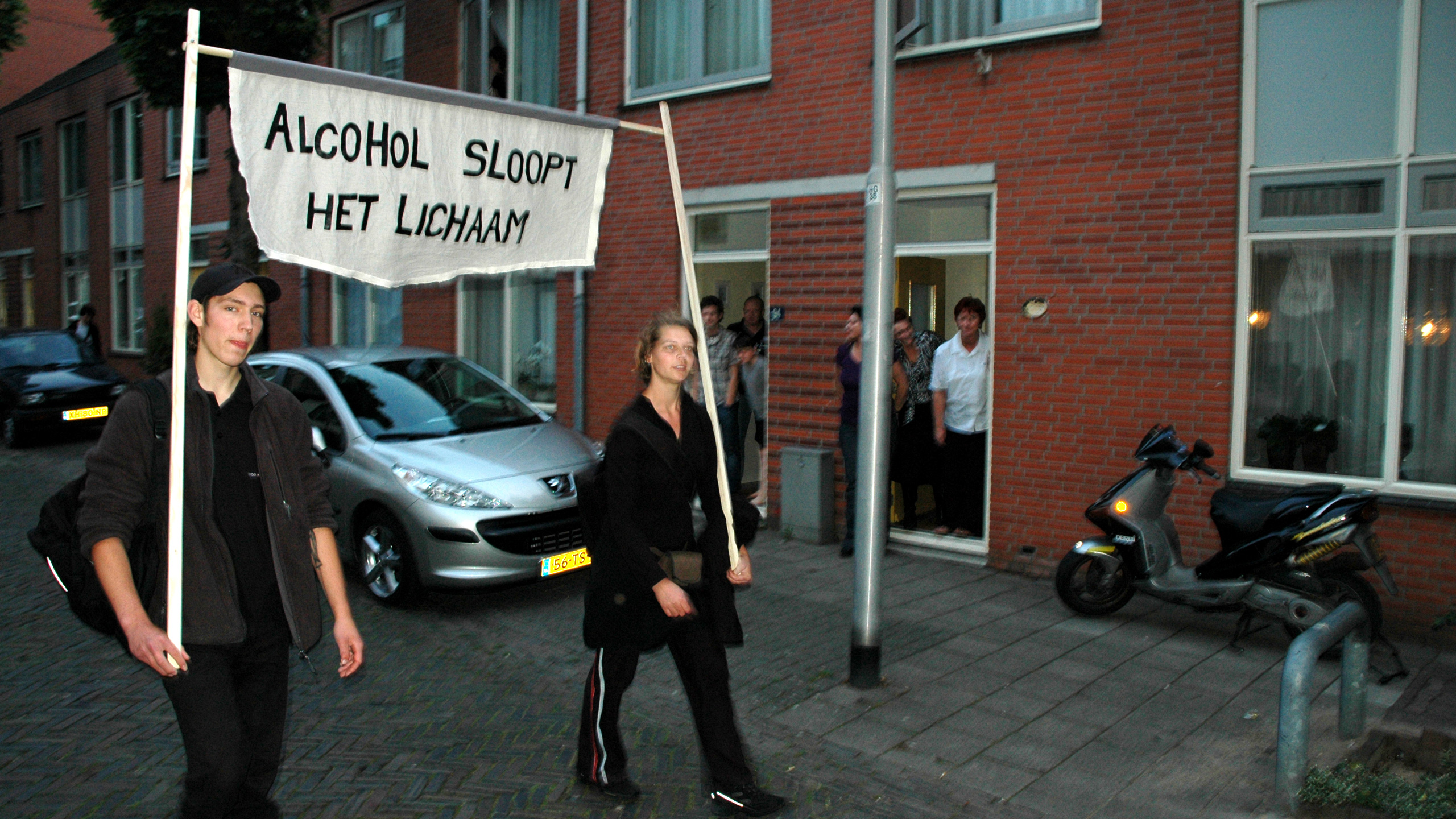 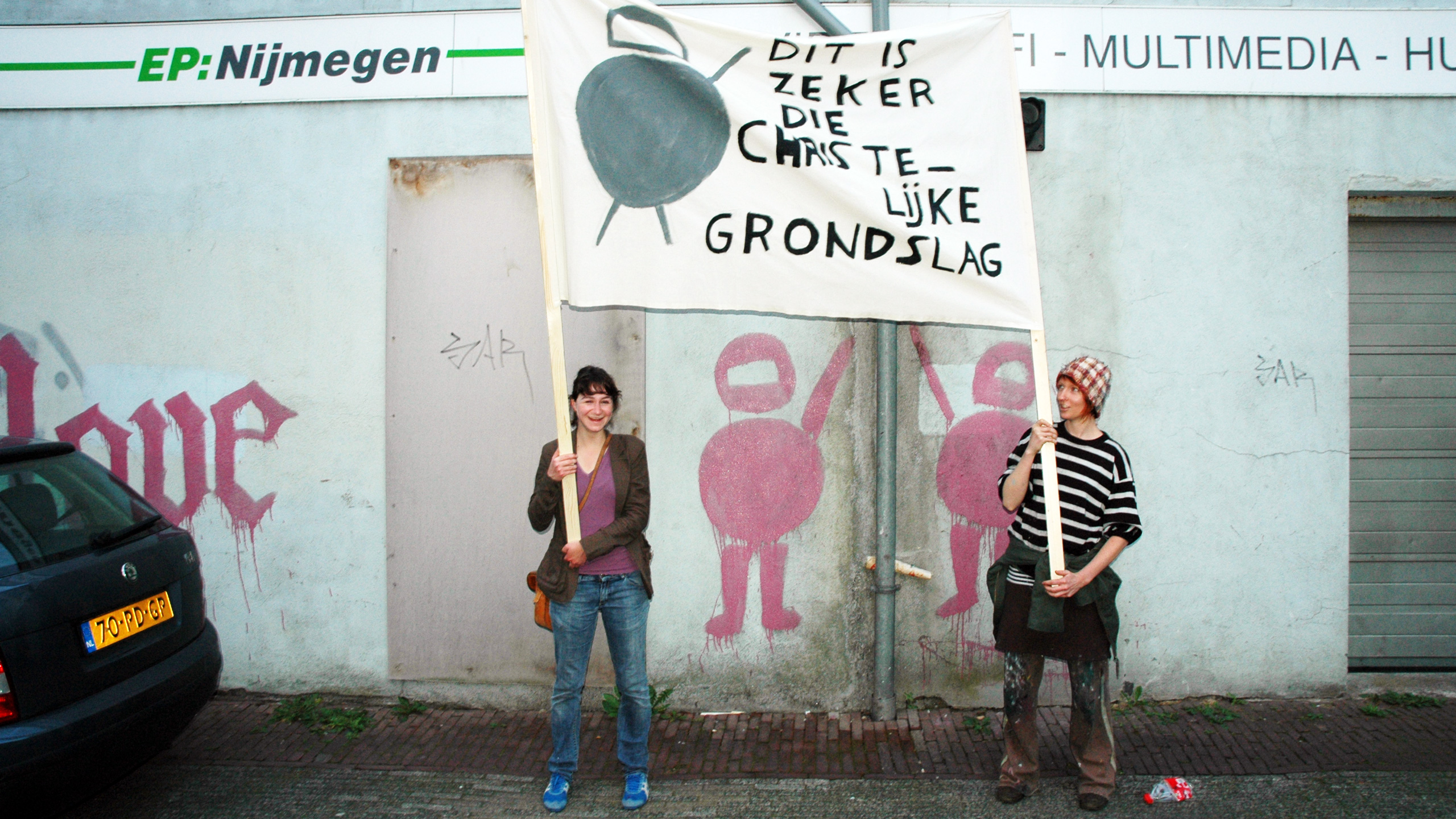 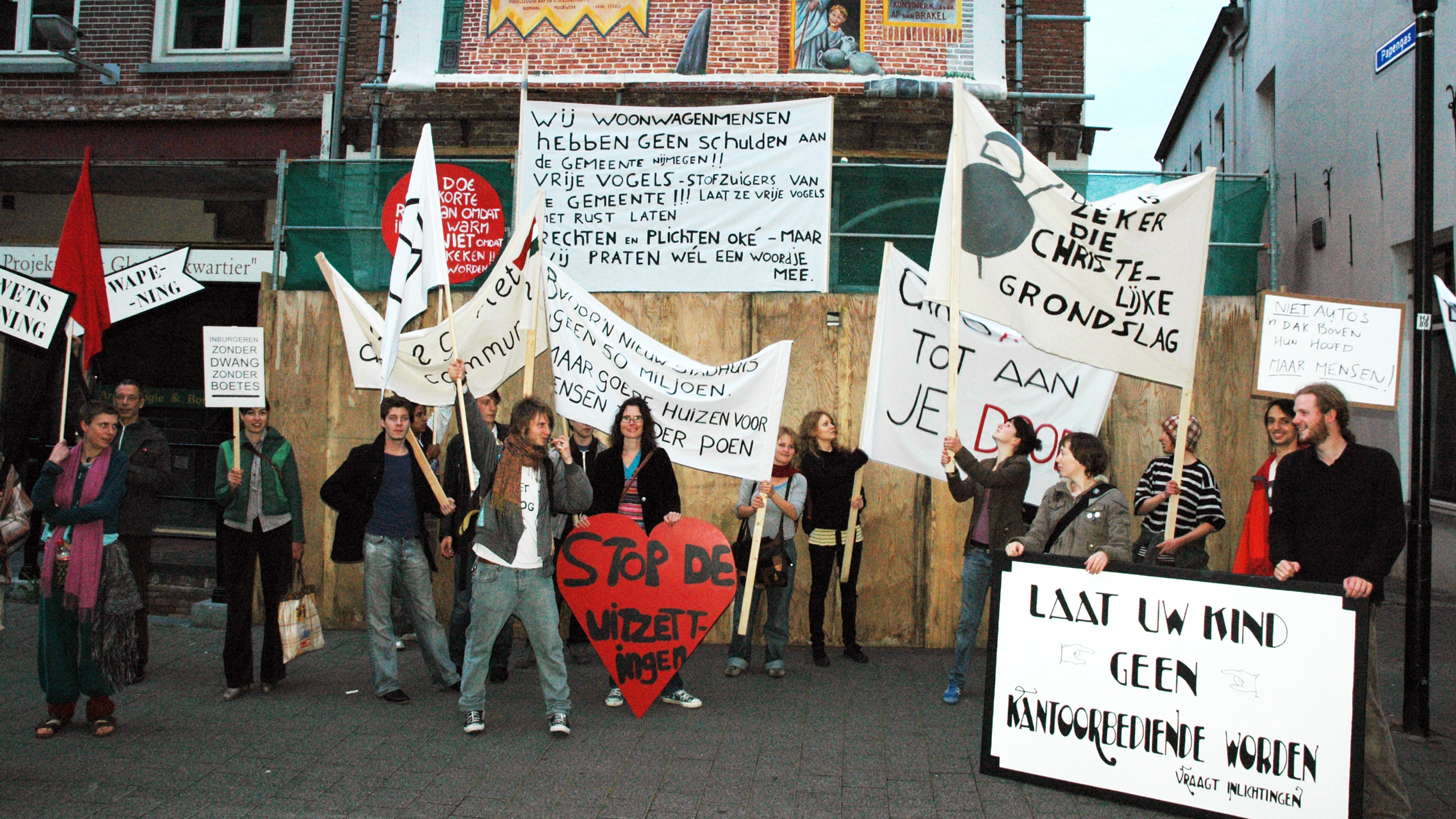 The work was a performance based on the rich history of protest in Nijmegen, a city in the Netherlands. The banners and placards were replicas of the ones used during previous protests, as found in the archives. The performance took place with visitors of a performance festival. The oldest banner was originally used in a Catholic procession of 1913 and the most recent one came from a manifestation against G8 at 6 may 2007.

‘In memory of protest’ was a demonstration of hundred years of protest in the city of Nijmegen. In preparation of ‘Conlang’, a serie of performances to explore the relationship between language and performance, we got intrigued by the language of protest. In the city archive of Nijmegen we searched for pictures of various demonstrations and selected a broad range of banners, covering many different political issues. After the initial research we made exact copies of a selection of banners.

We used a variety of slogans; “I’m wearing a short skirt because it is warm outside, not because I want to be seen” (1978, demonstration of feminists), “No human is illegal” (2004, against the deportation of asylum-seekers in the Netherlands),  “Alcohol destroys your body” (1913, against alcohol abuse among workers), “Get rid of the communists” (1956, against the Russian military invasion in Hungary), etc.