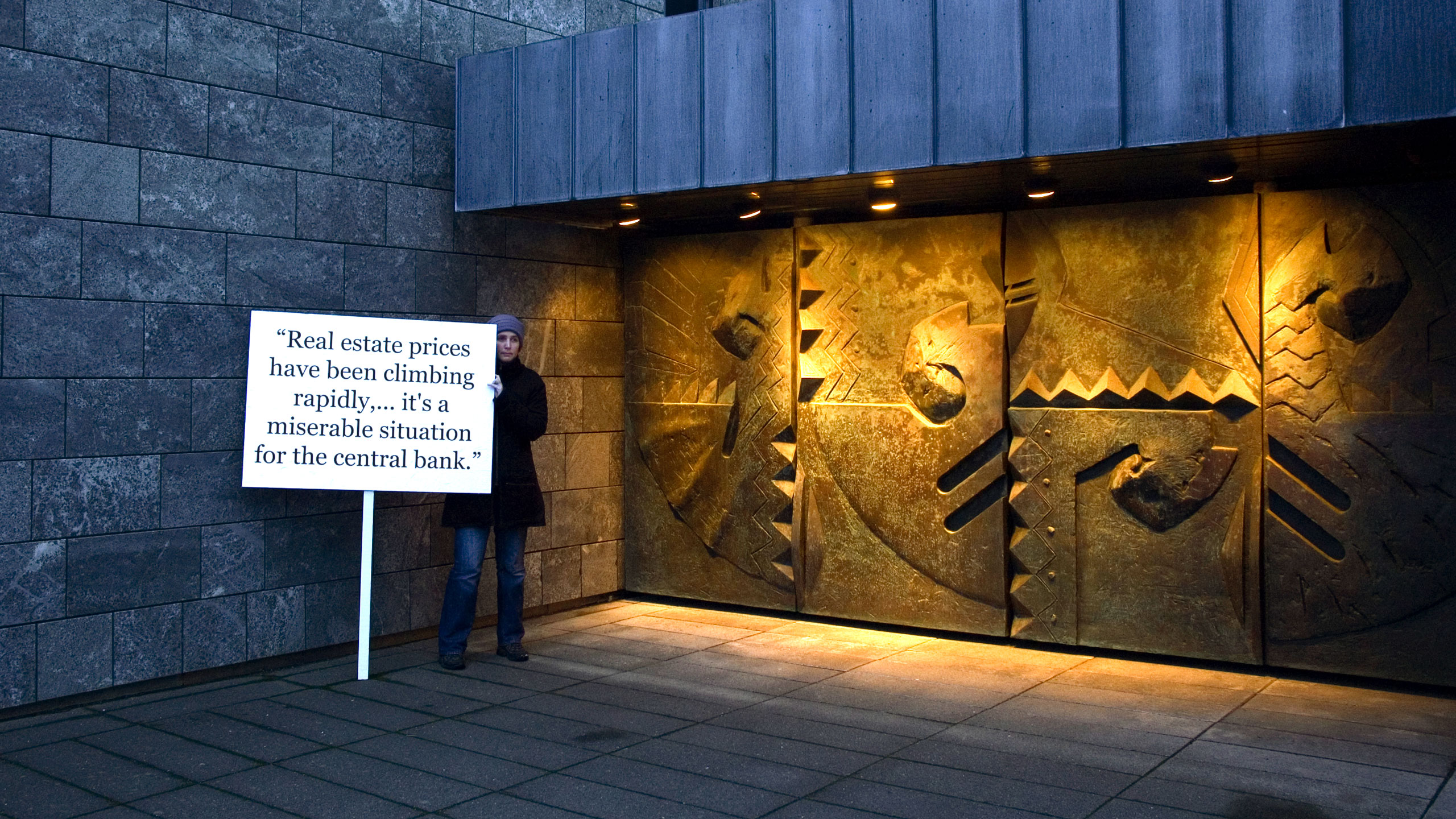 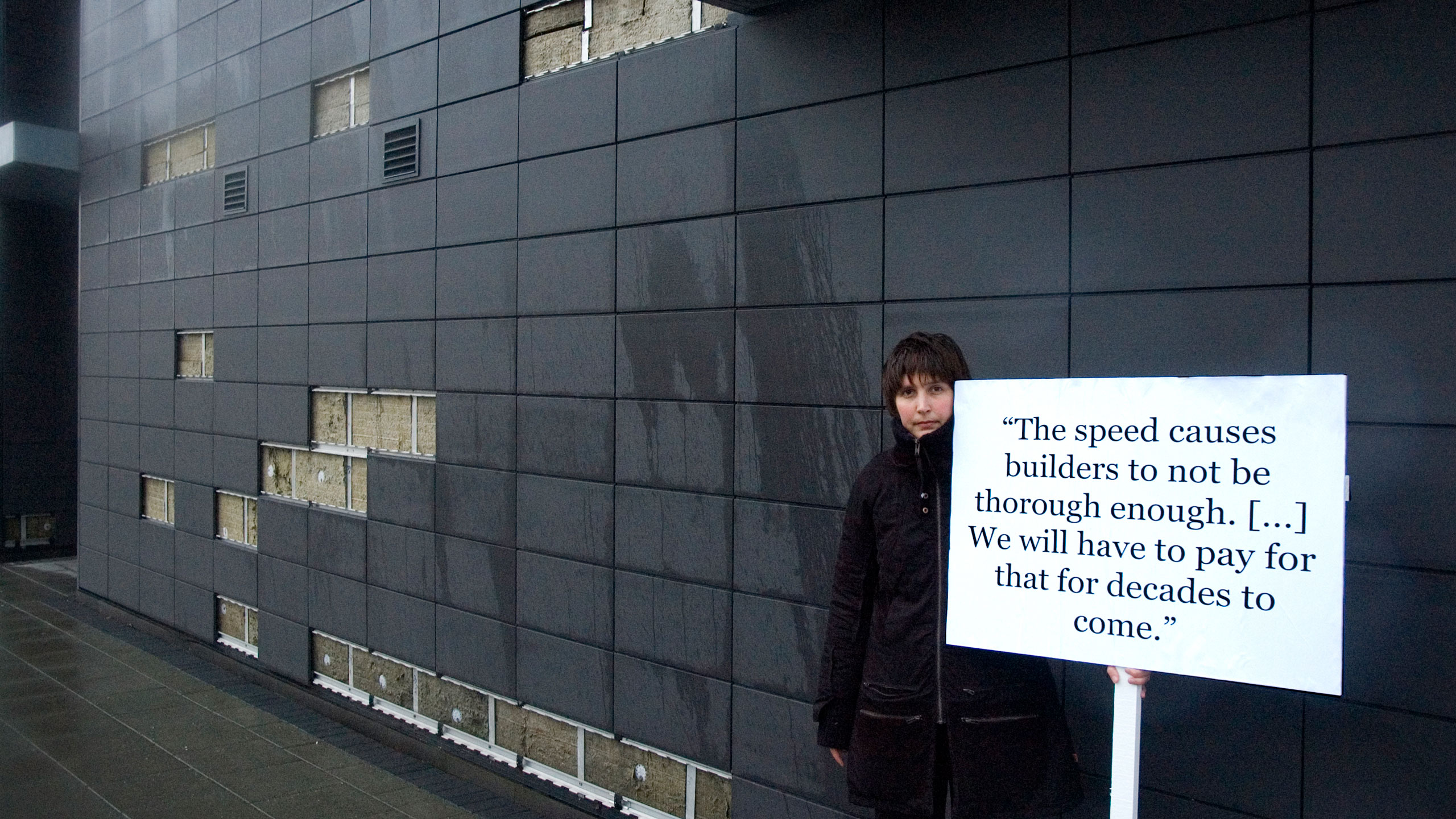 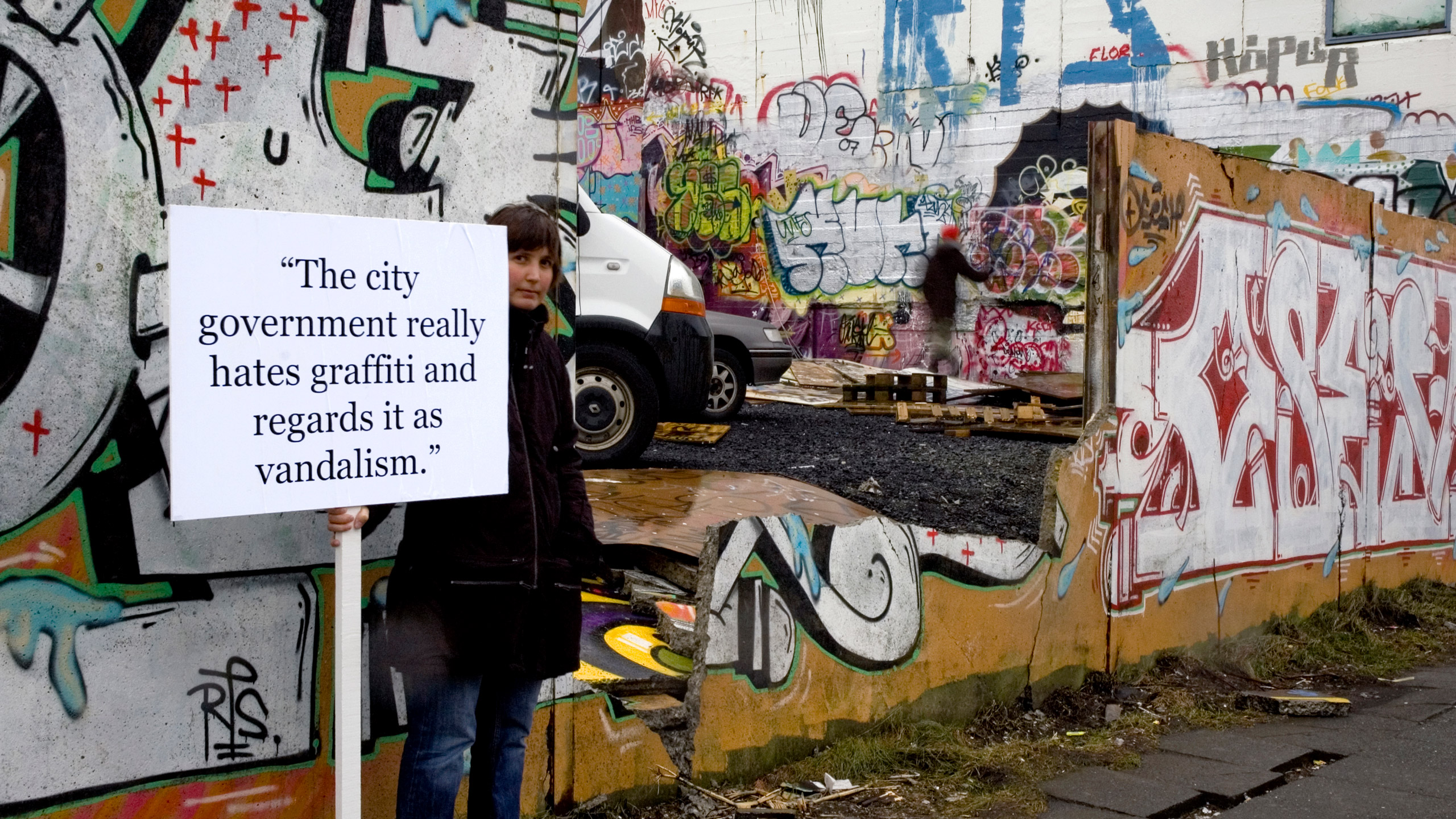 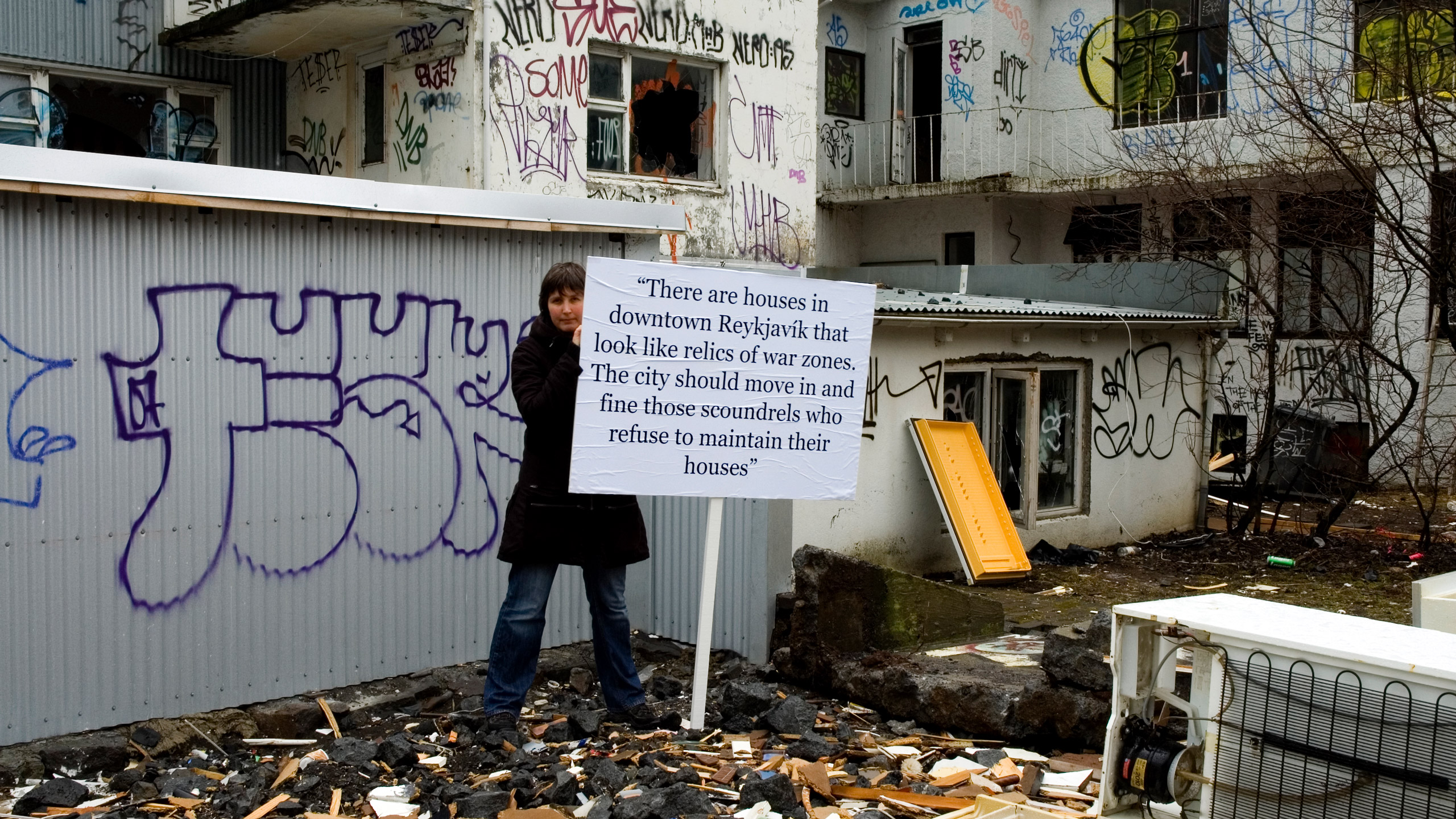 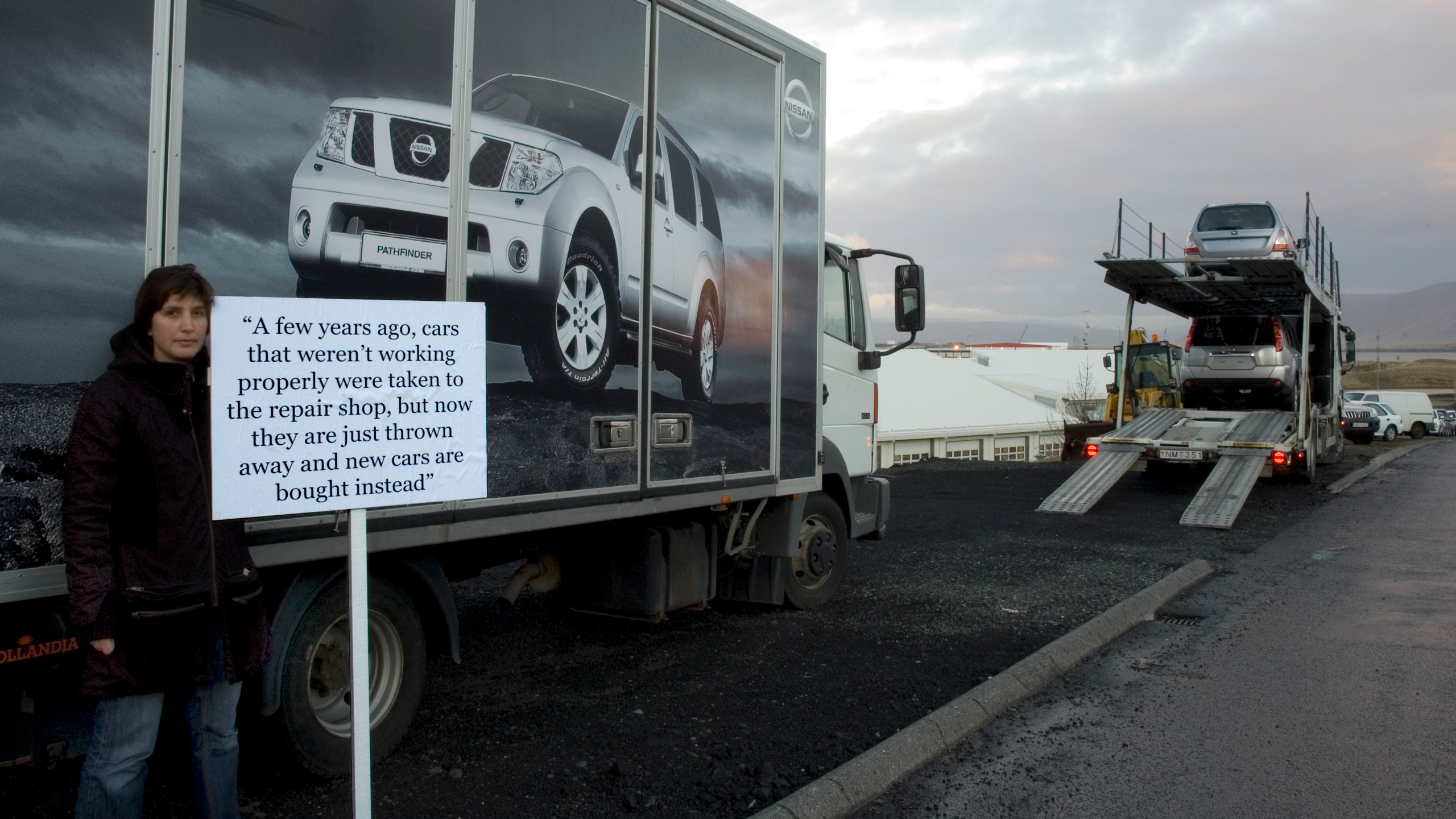 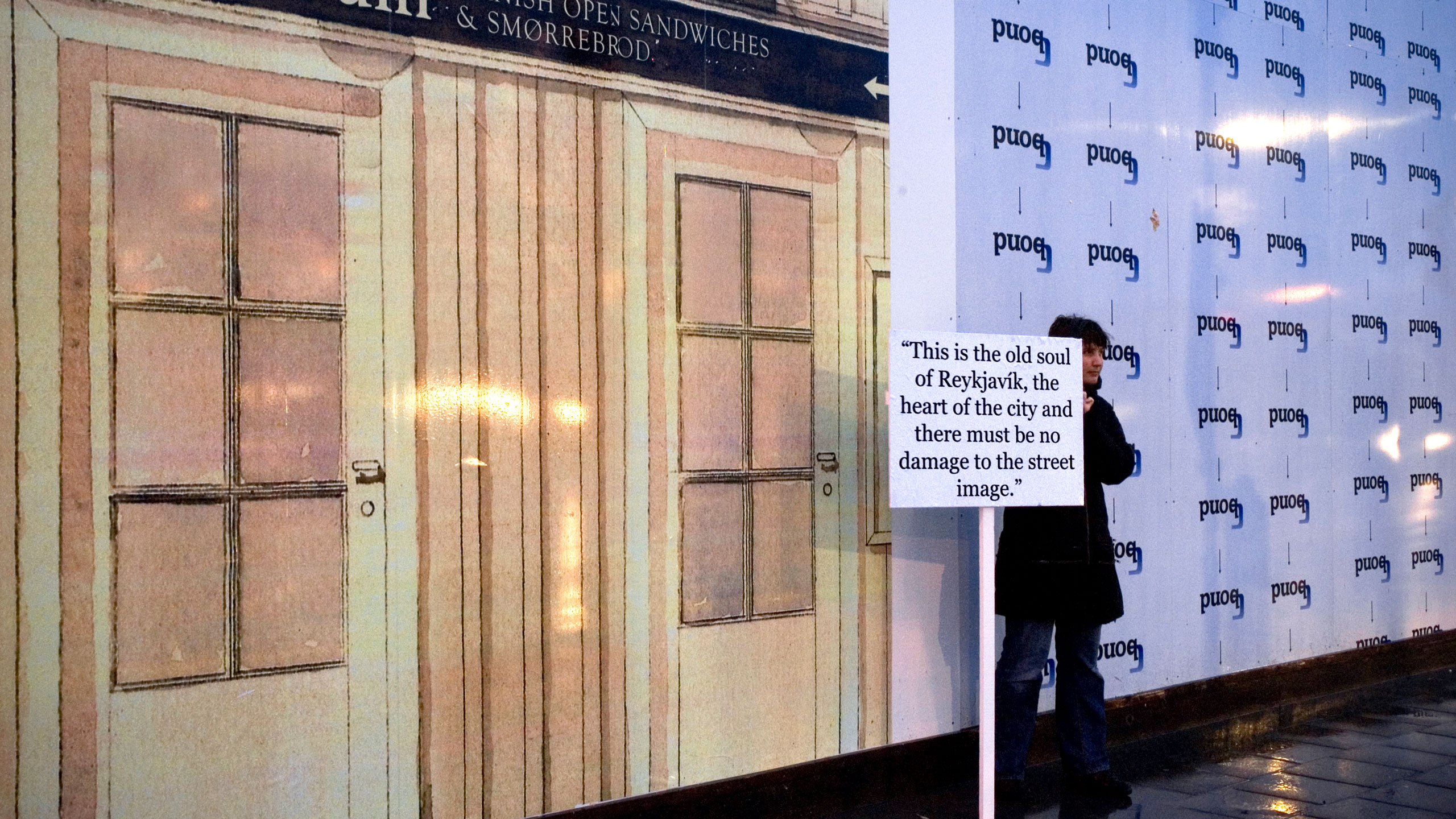 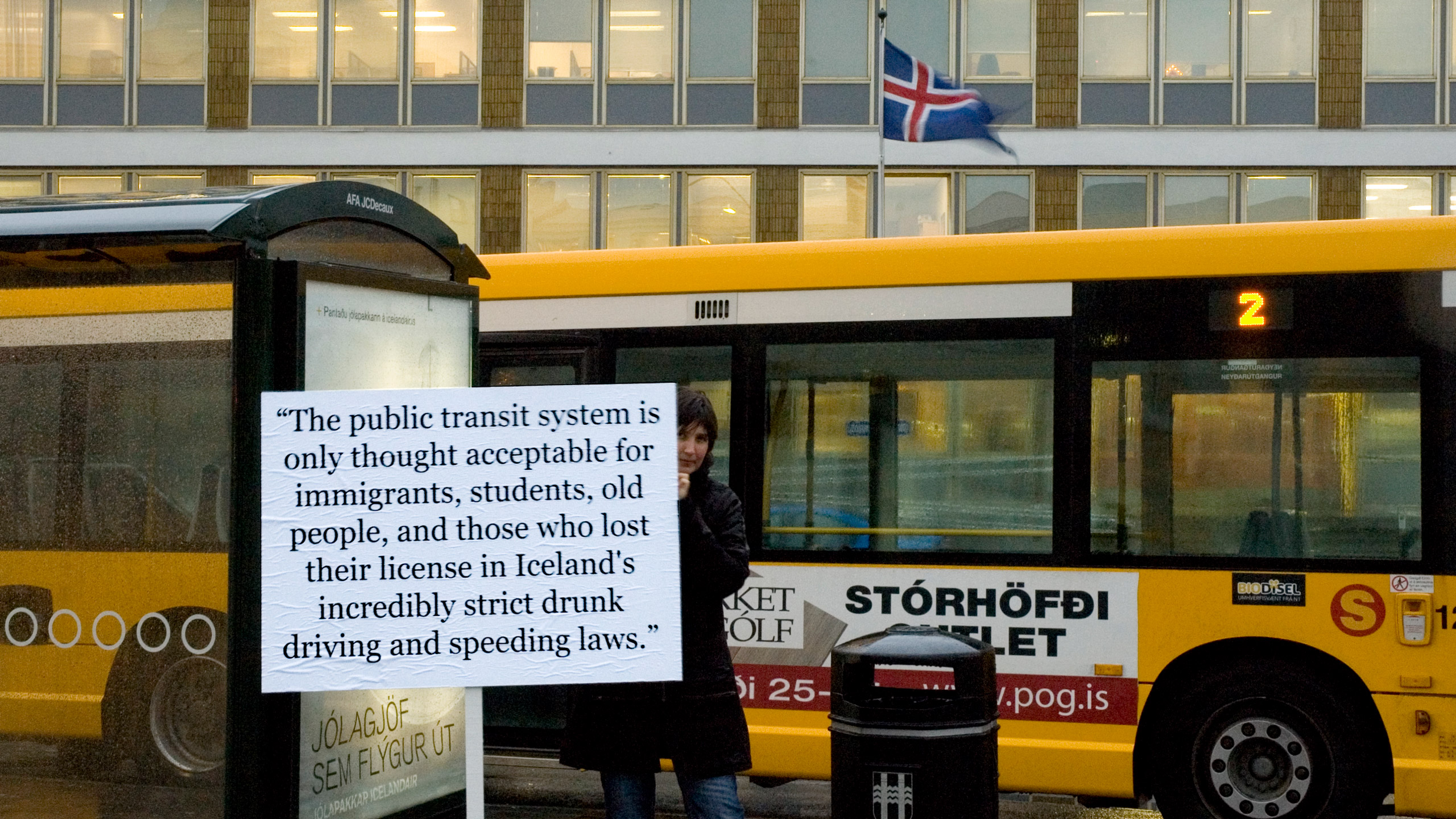 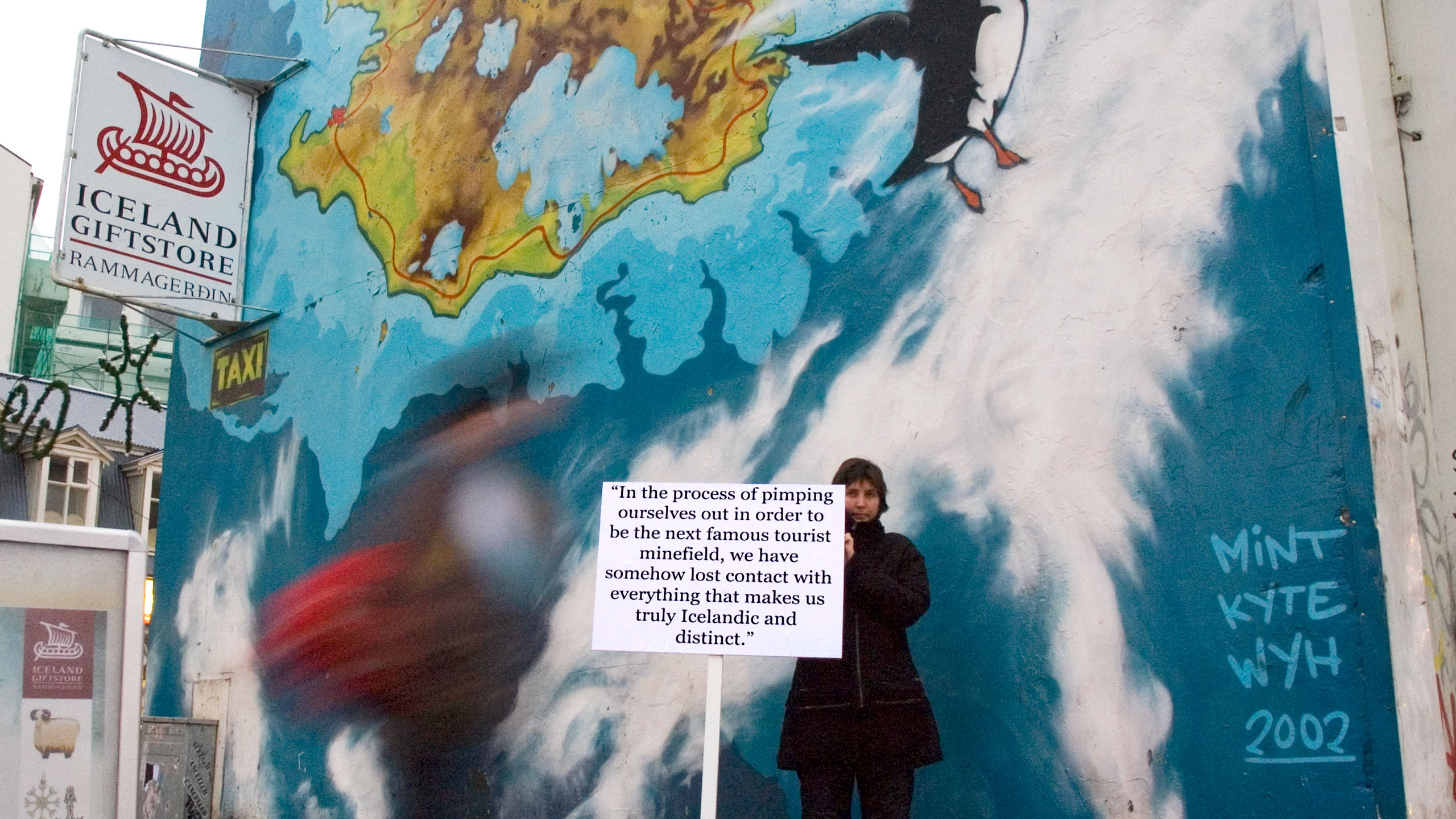 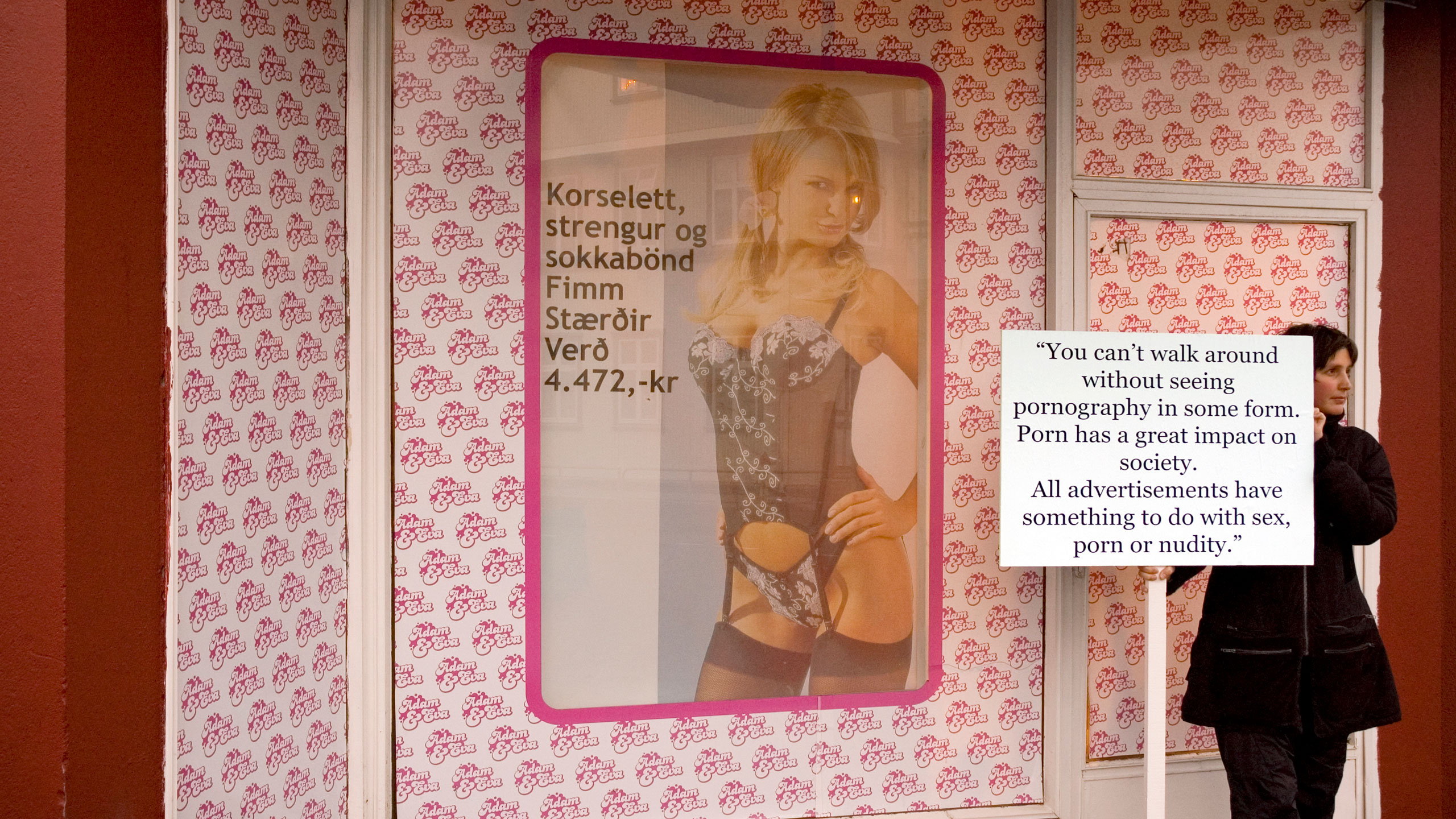 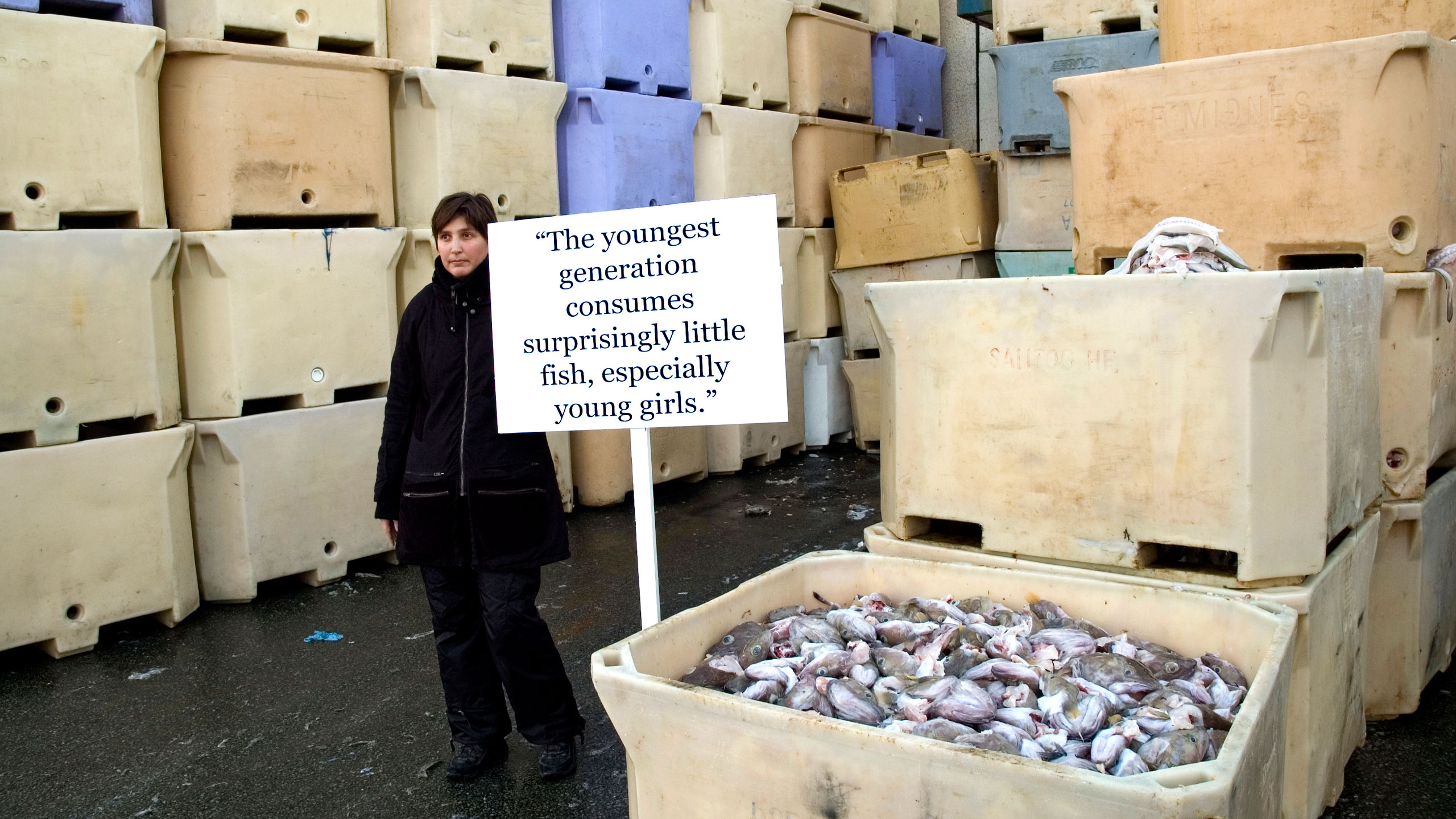 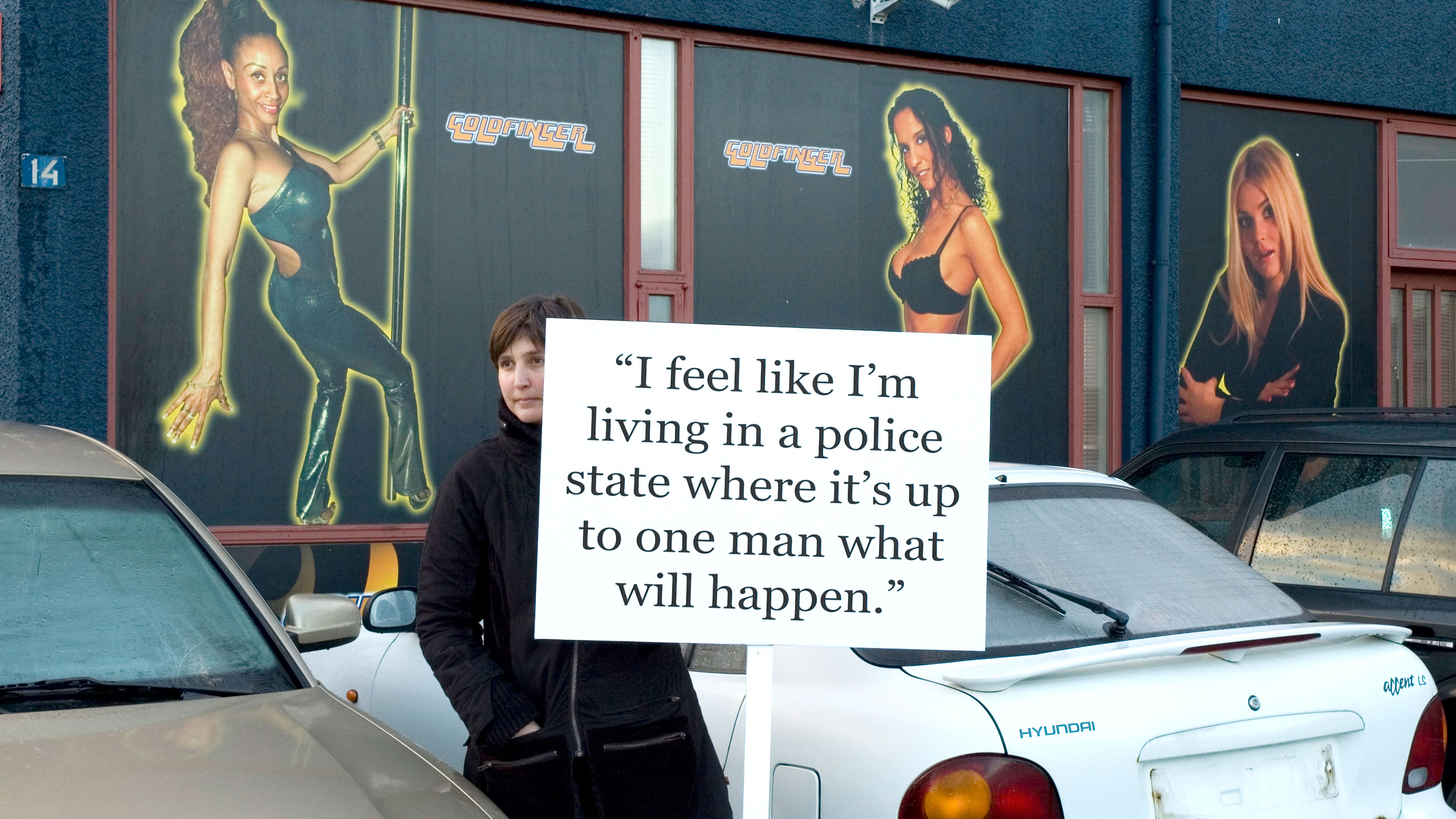 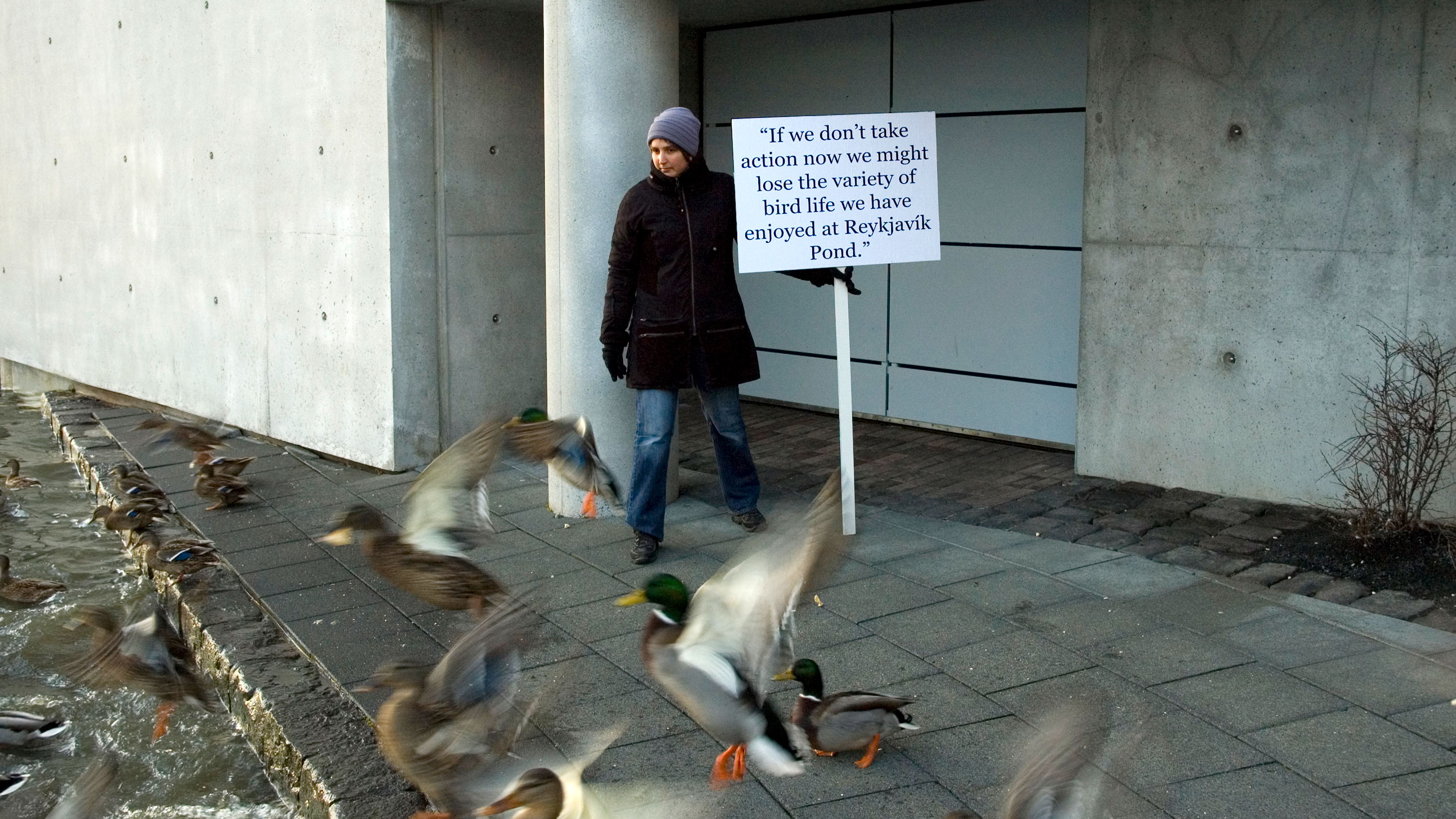 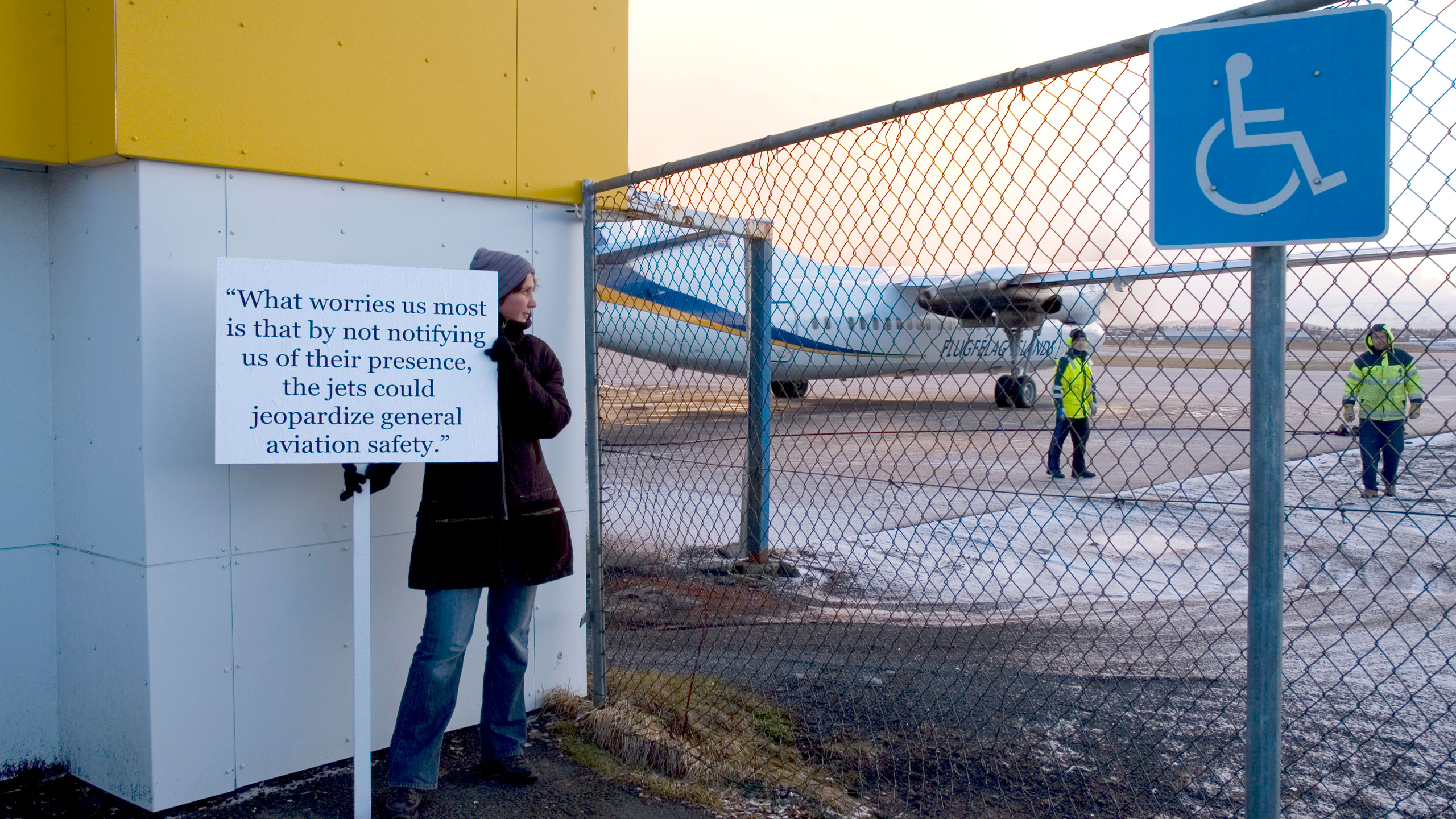 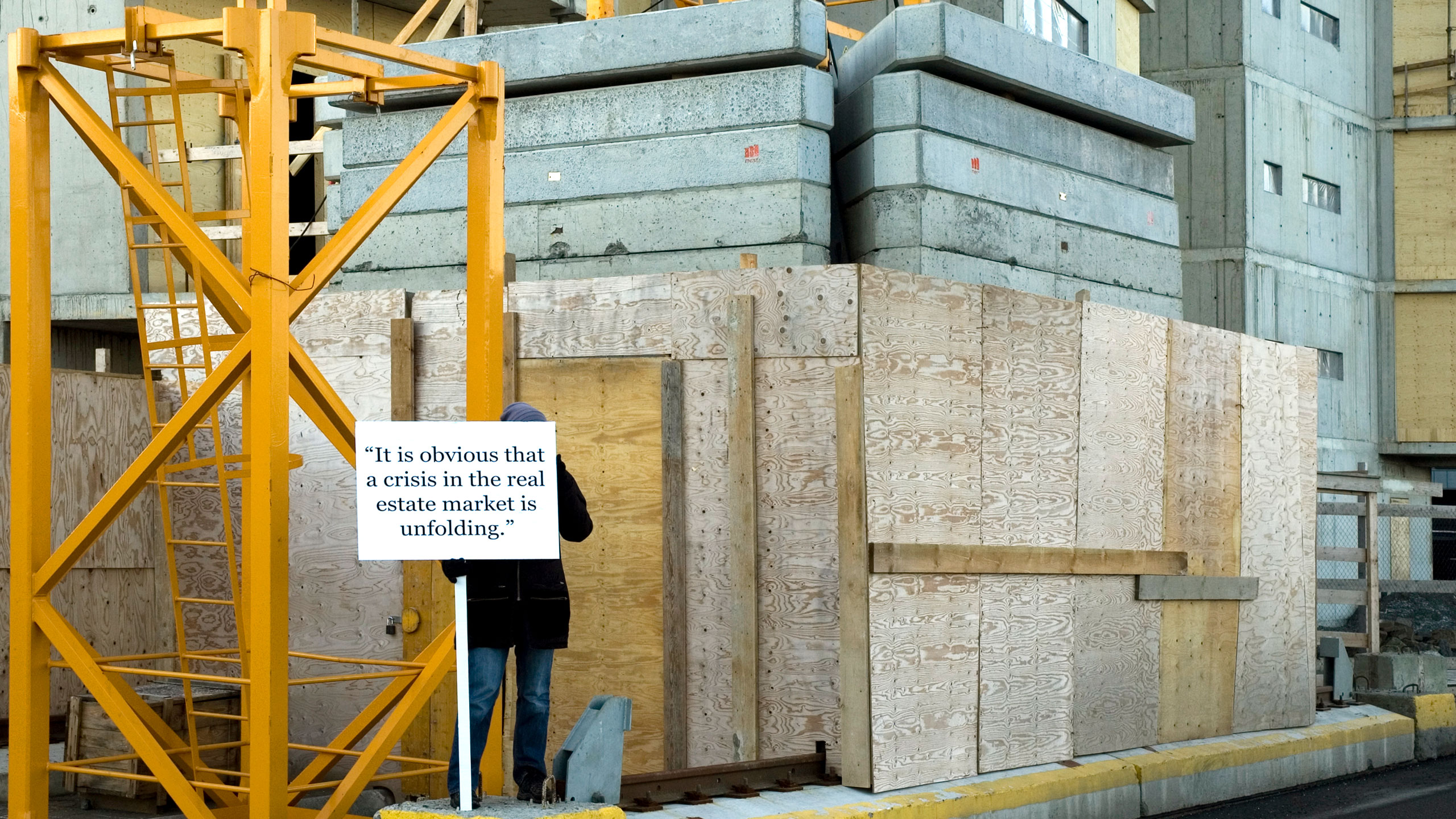 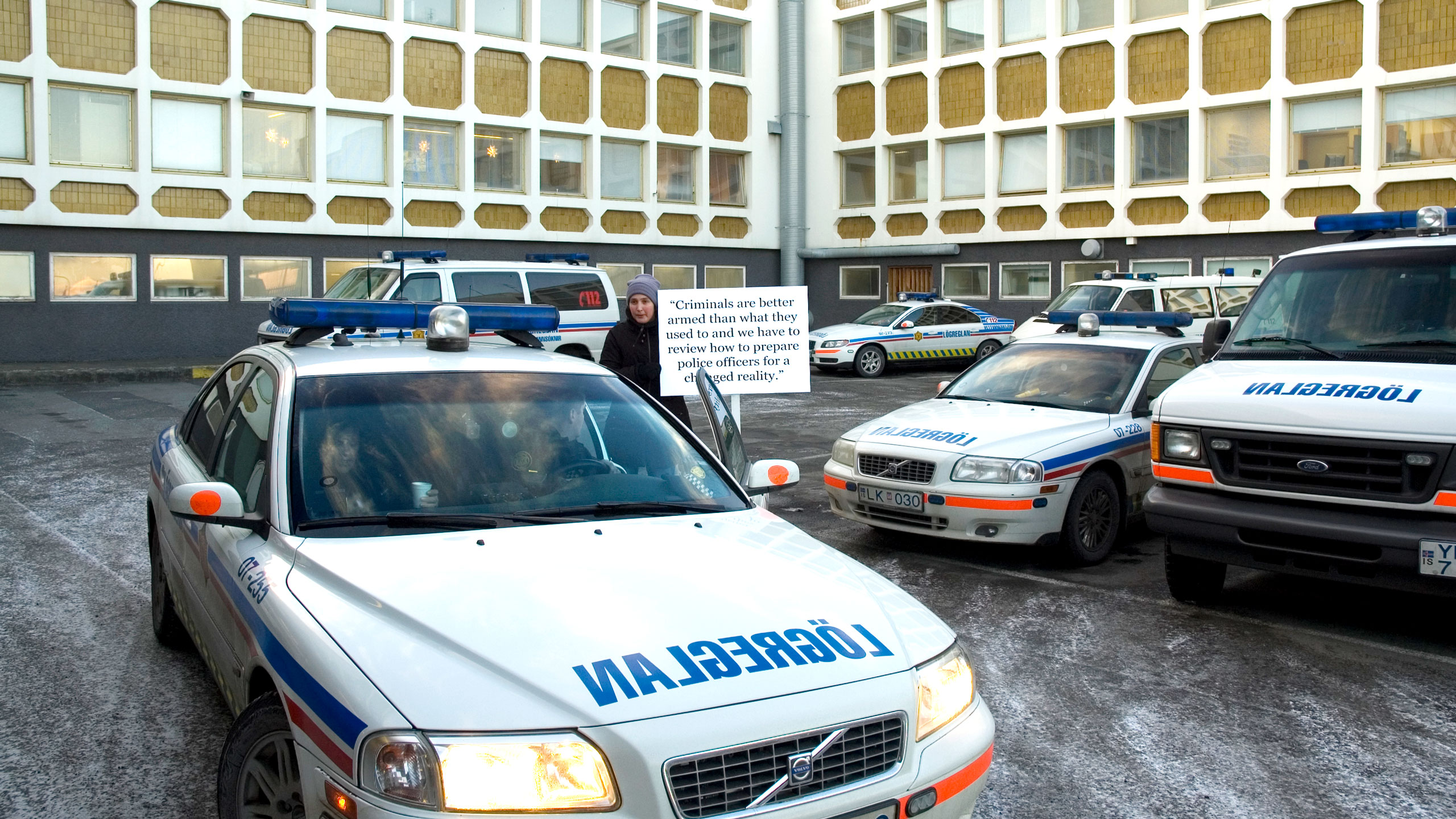 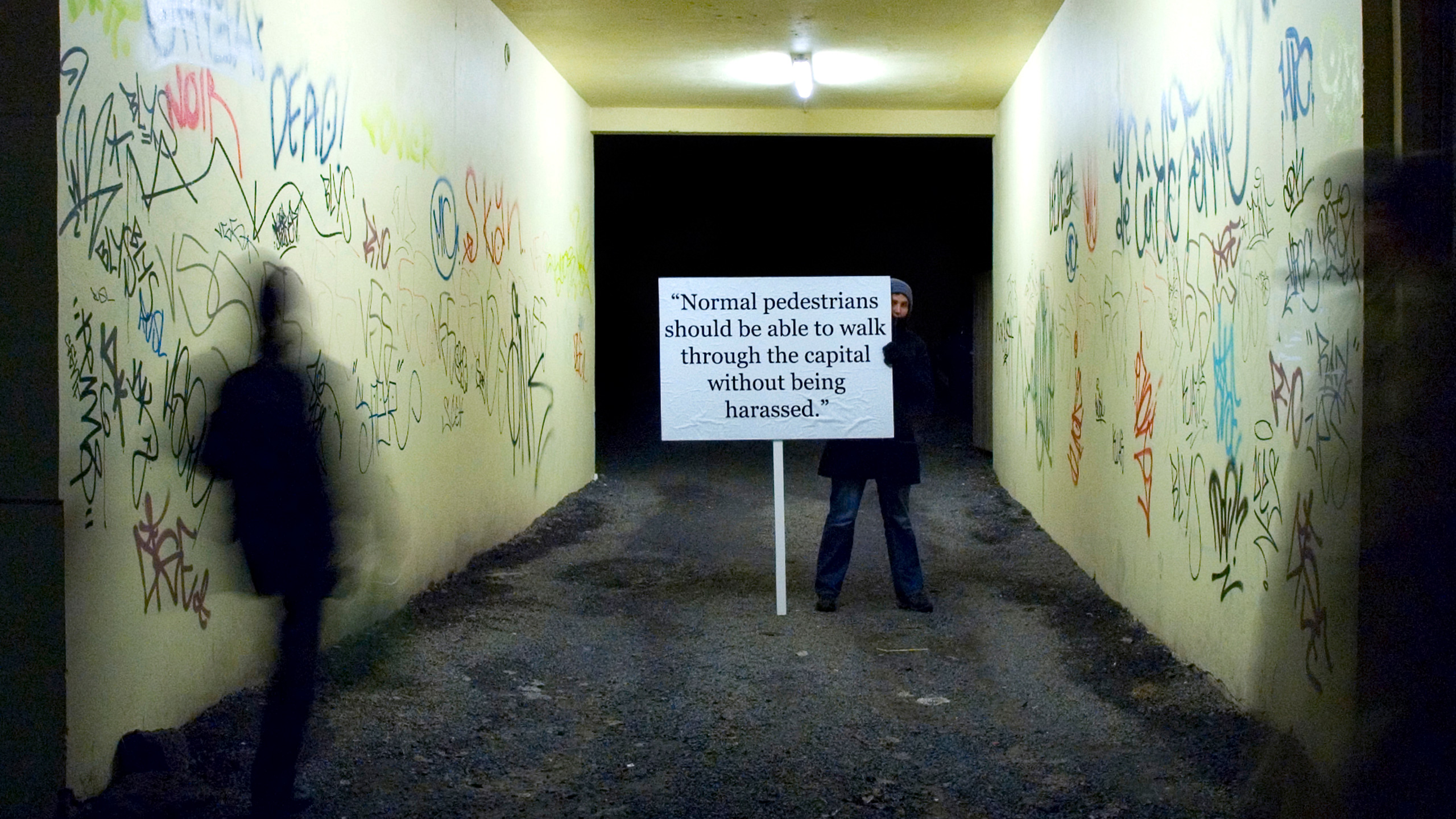 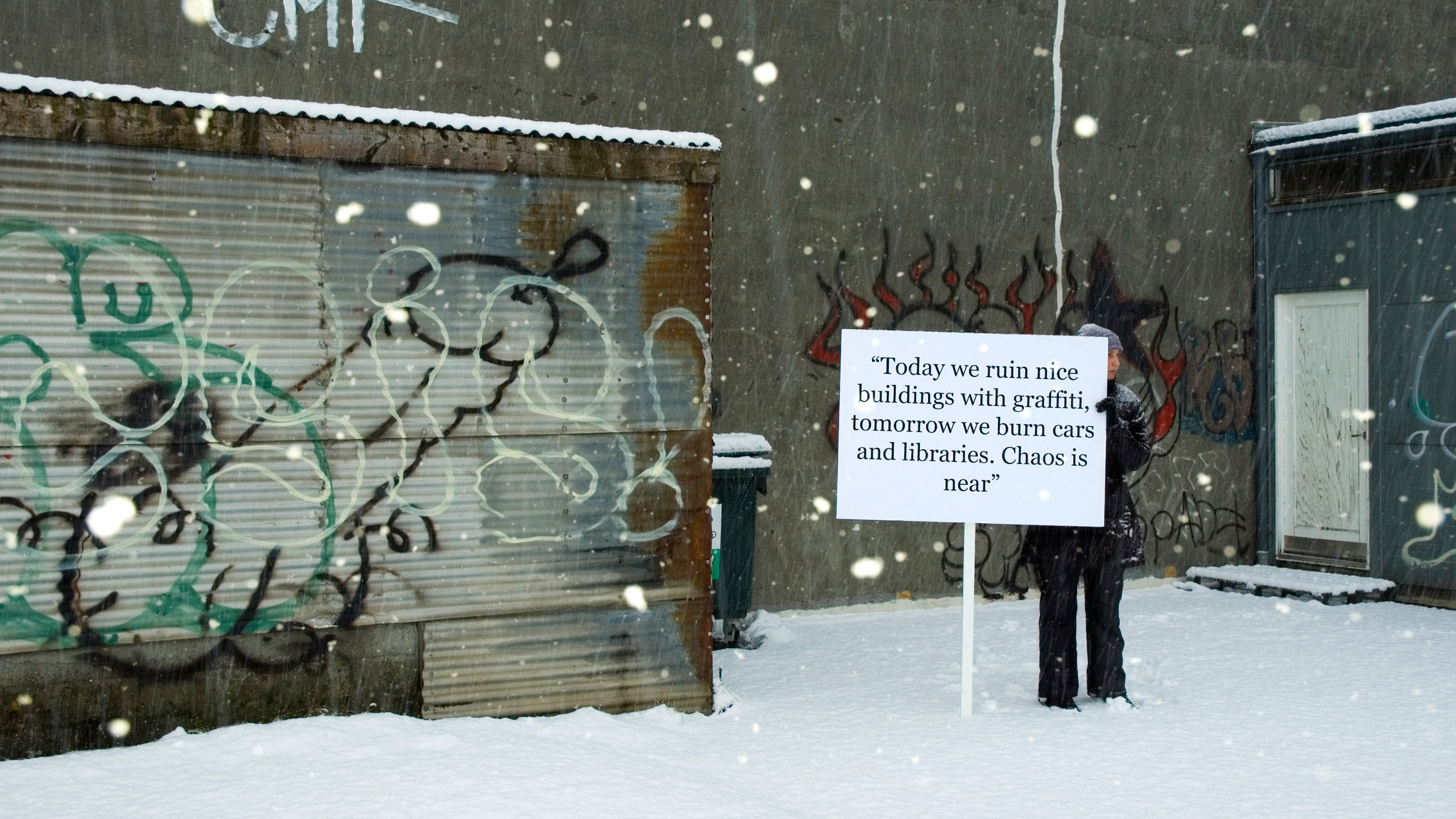 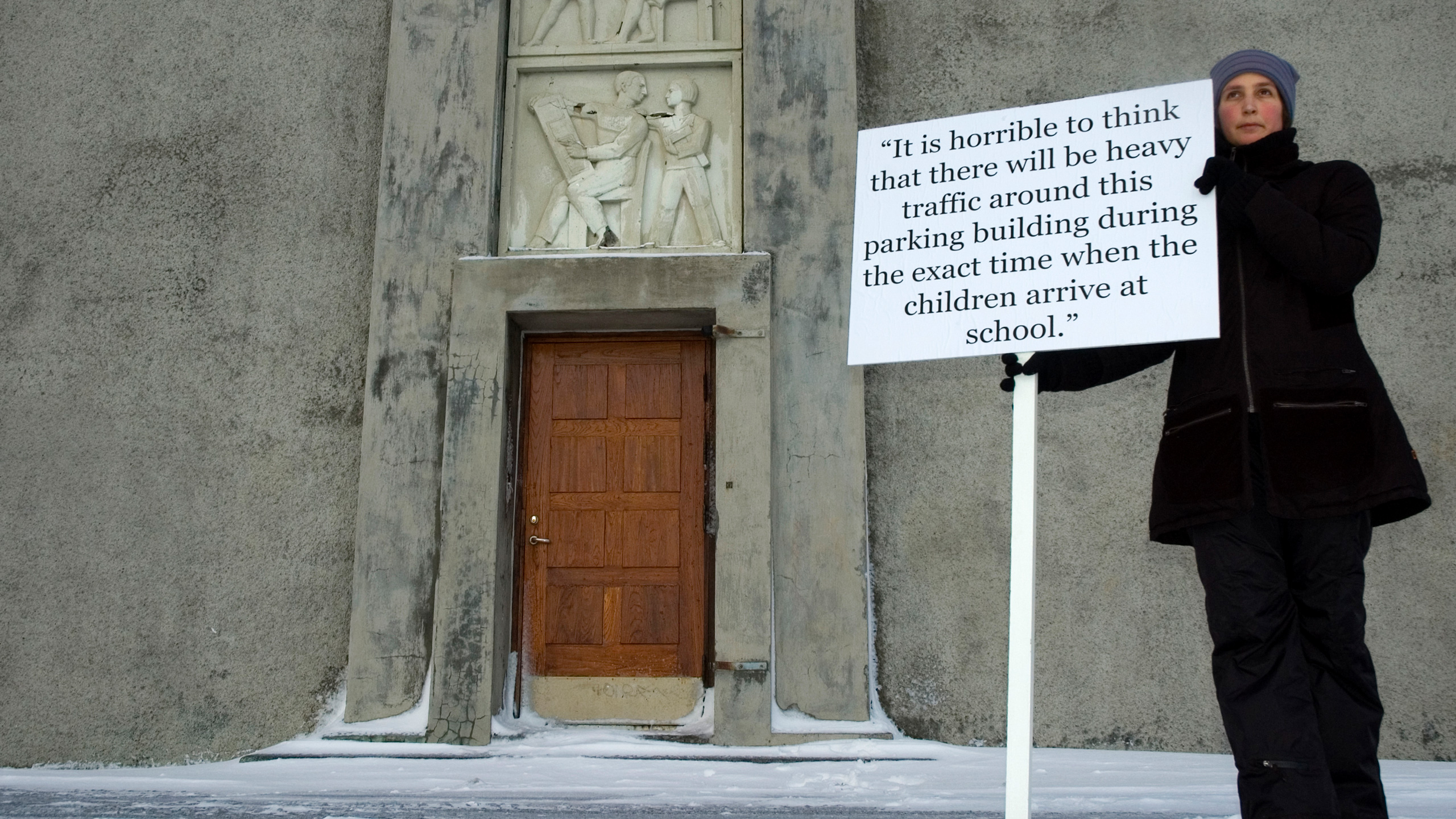 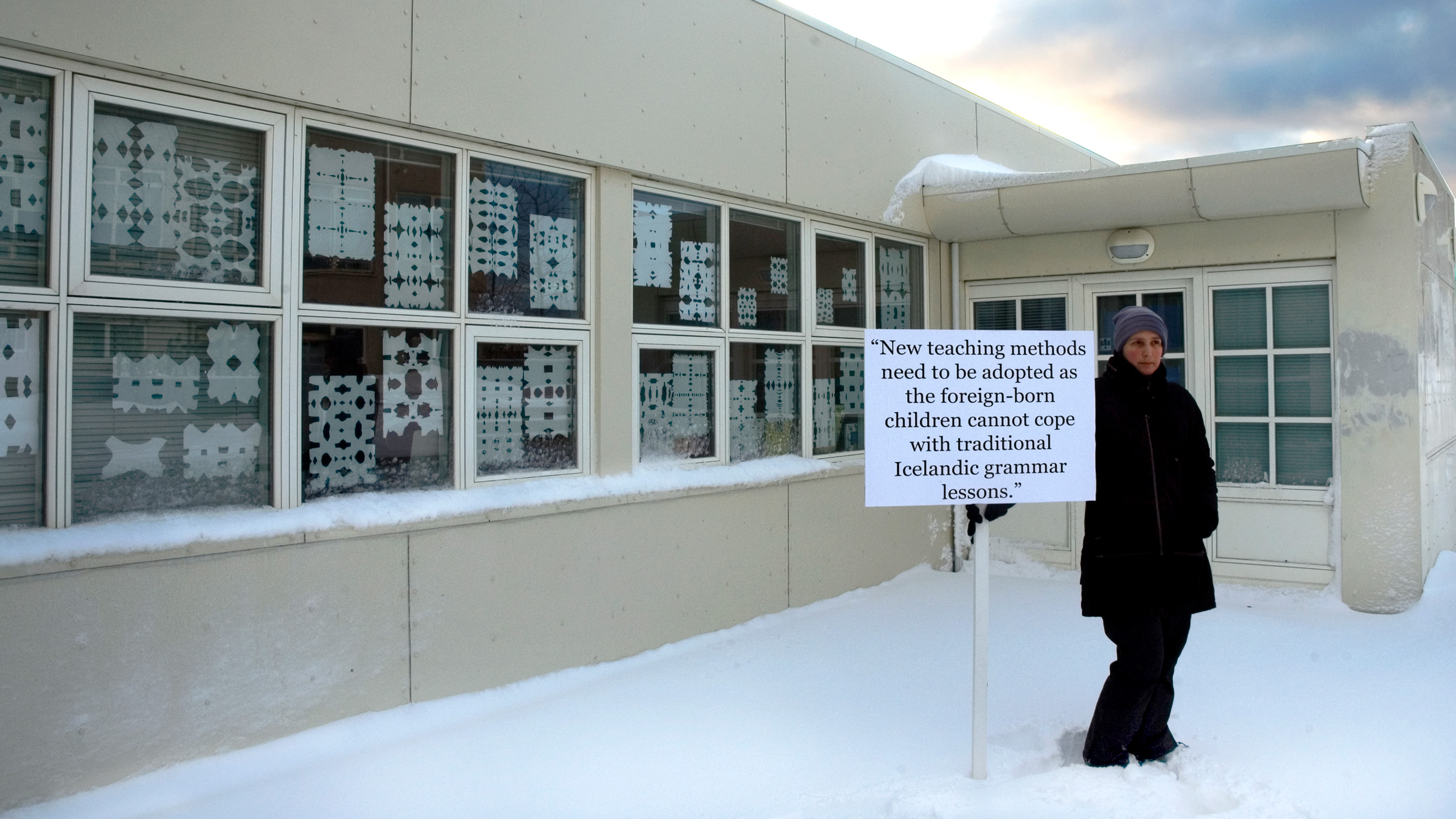 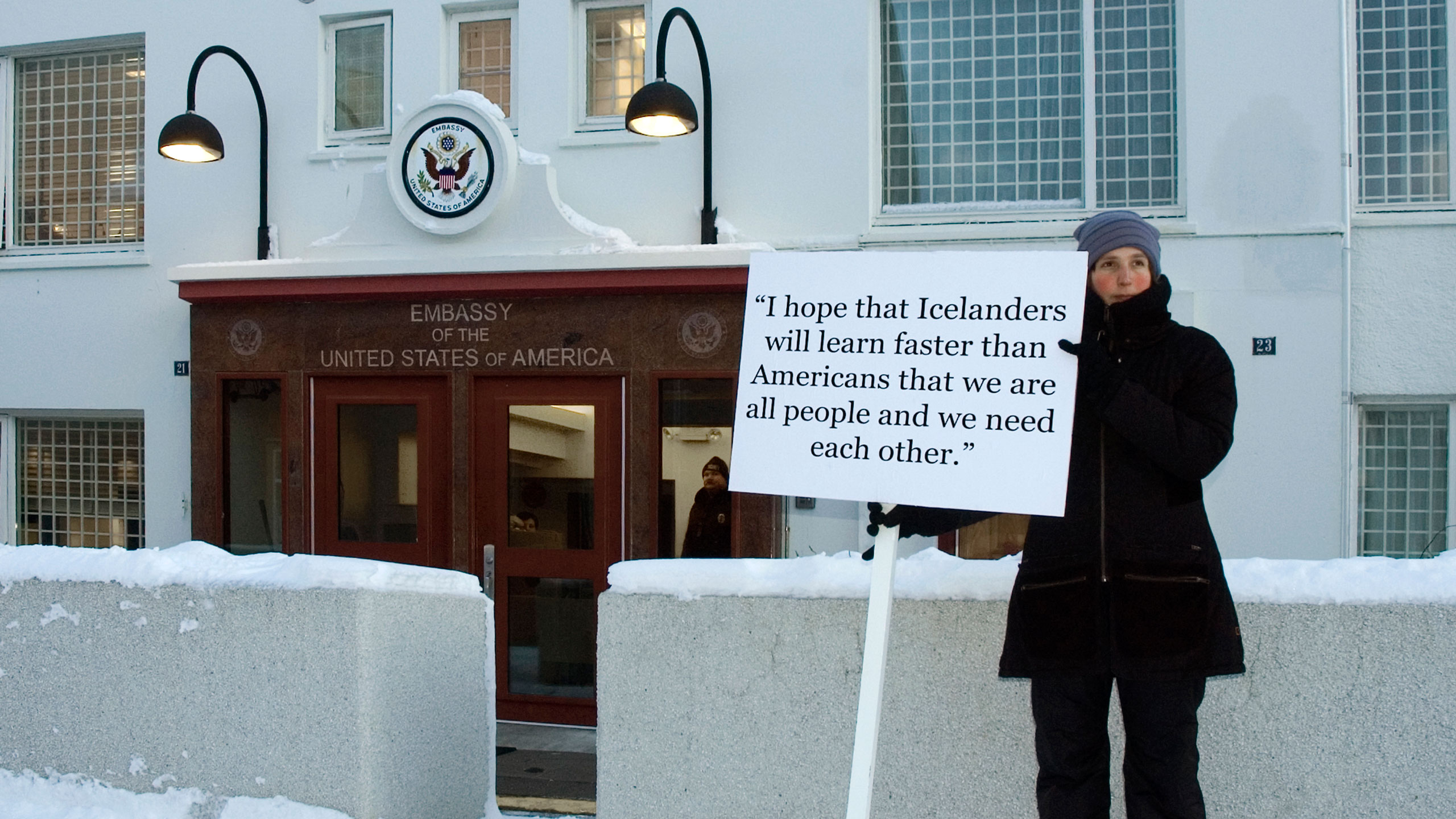 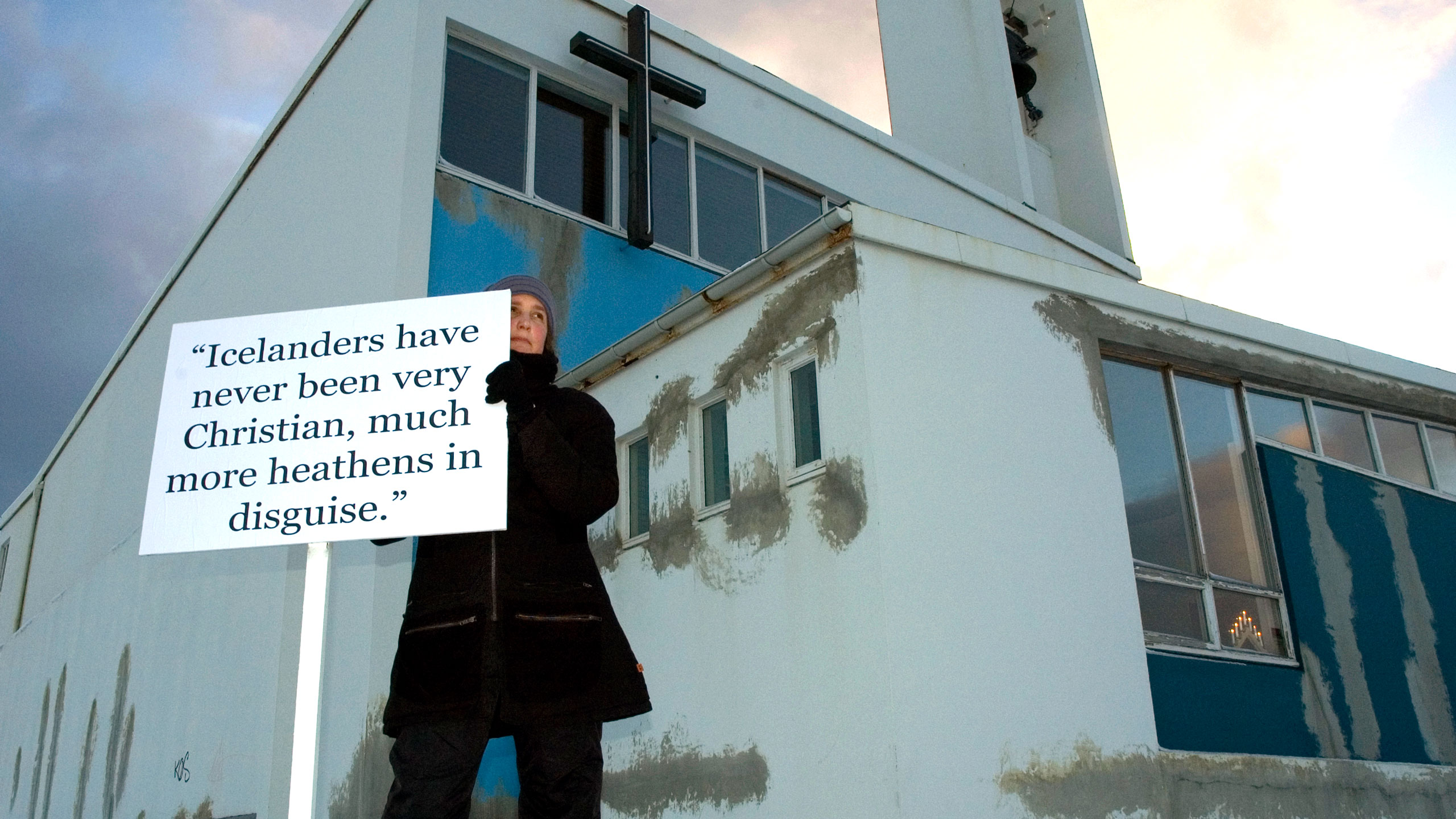 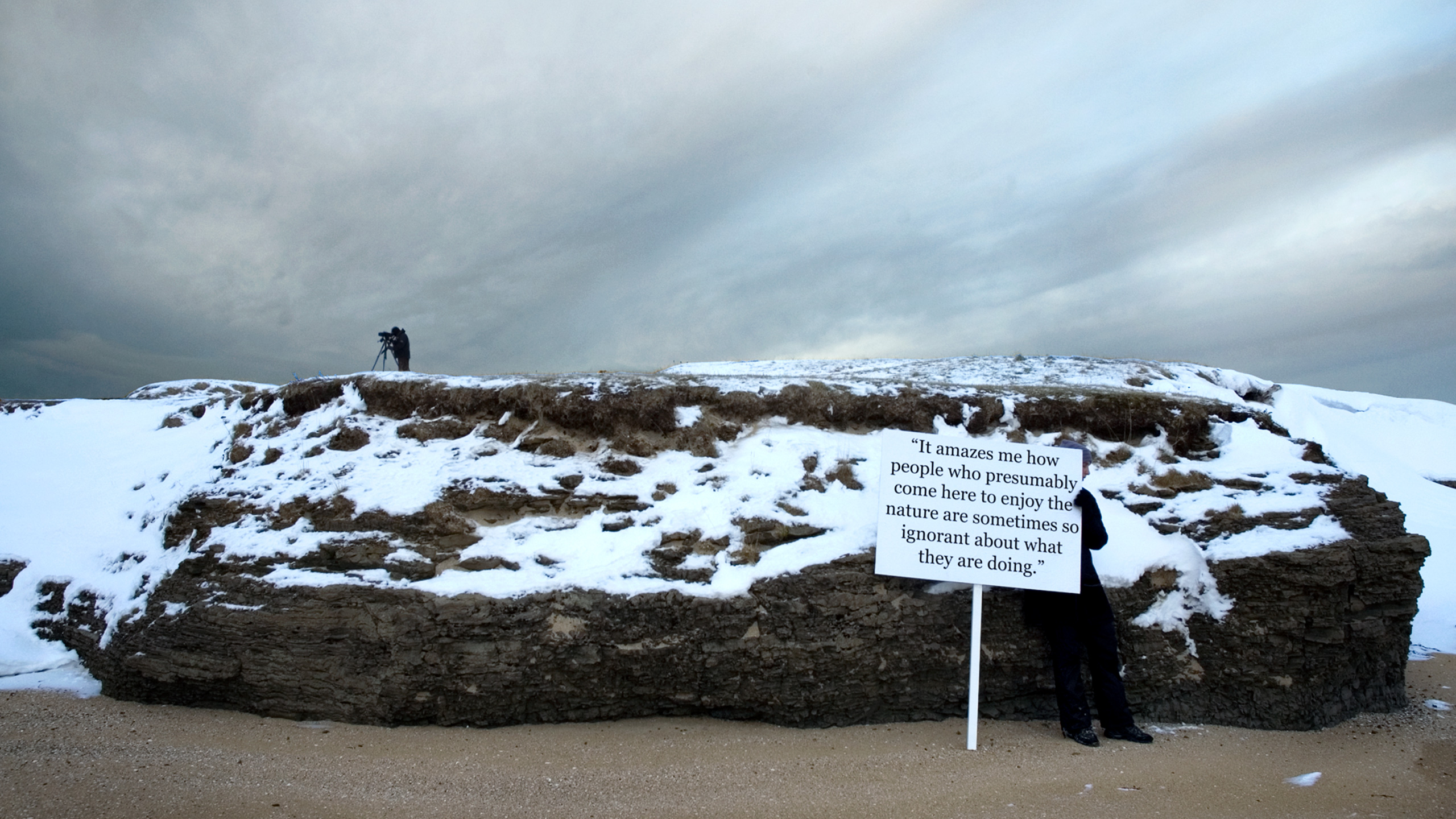 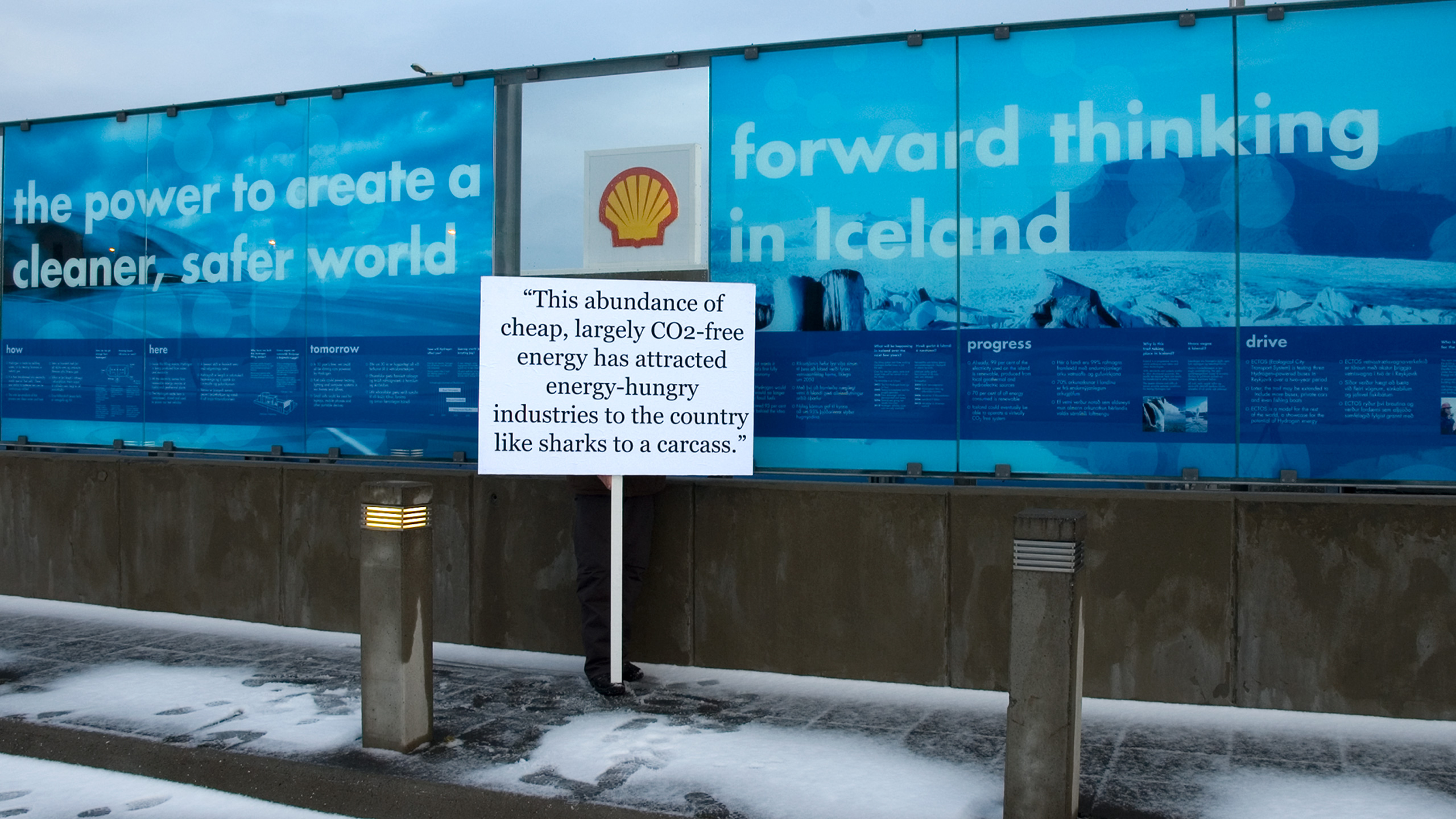 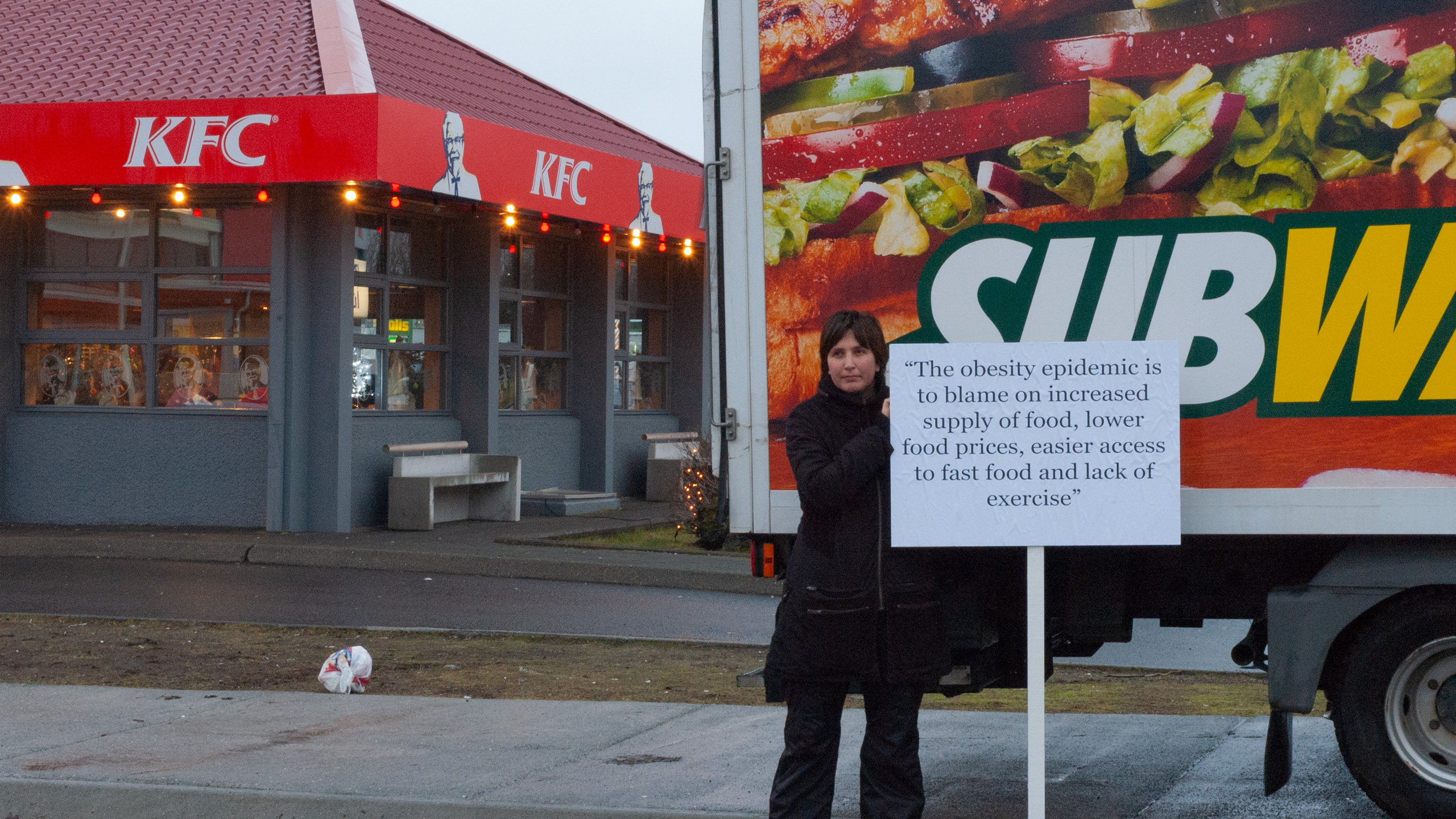 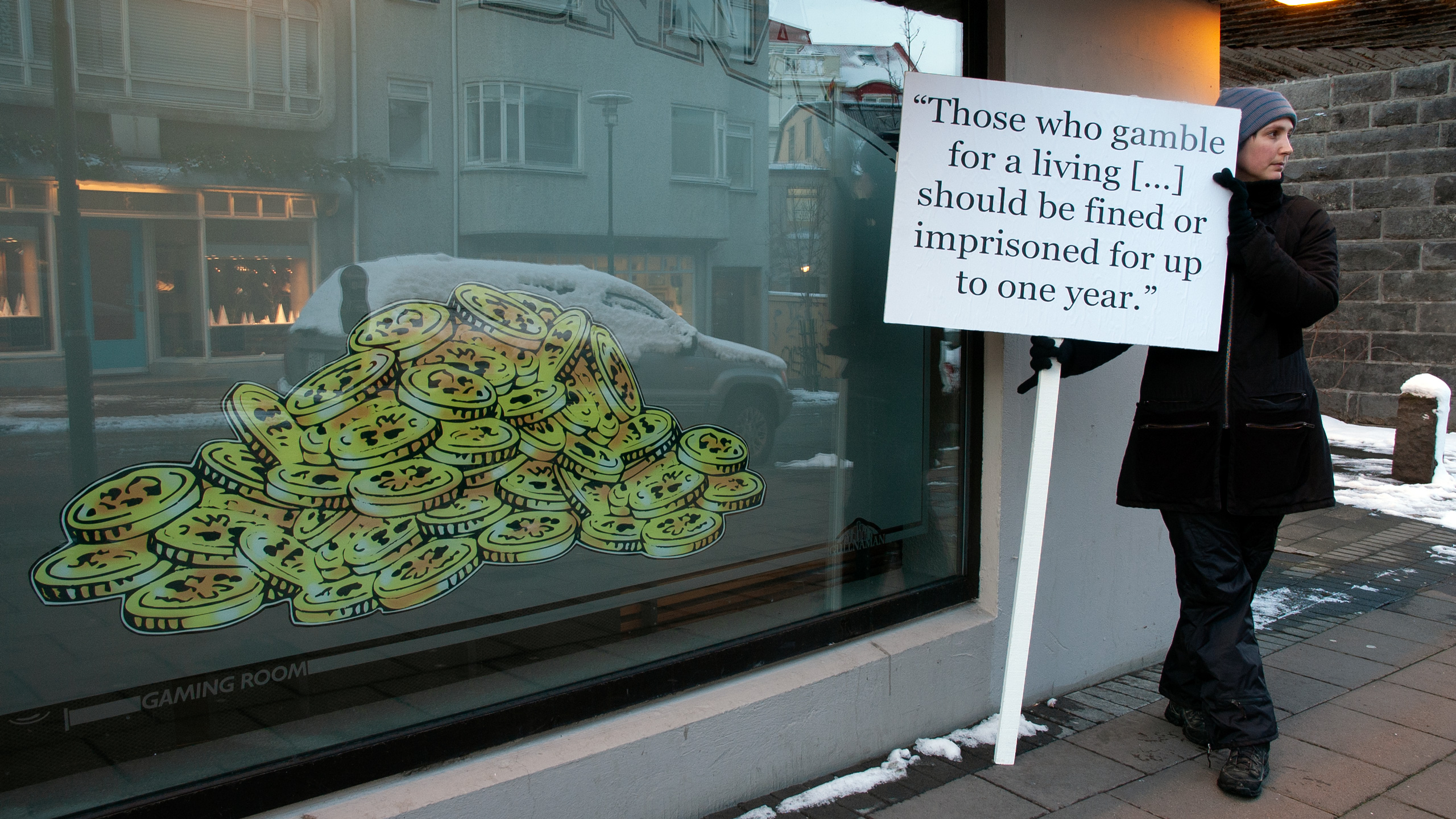 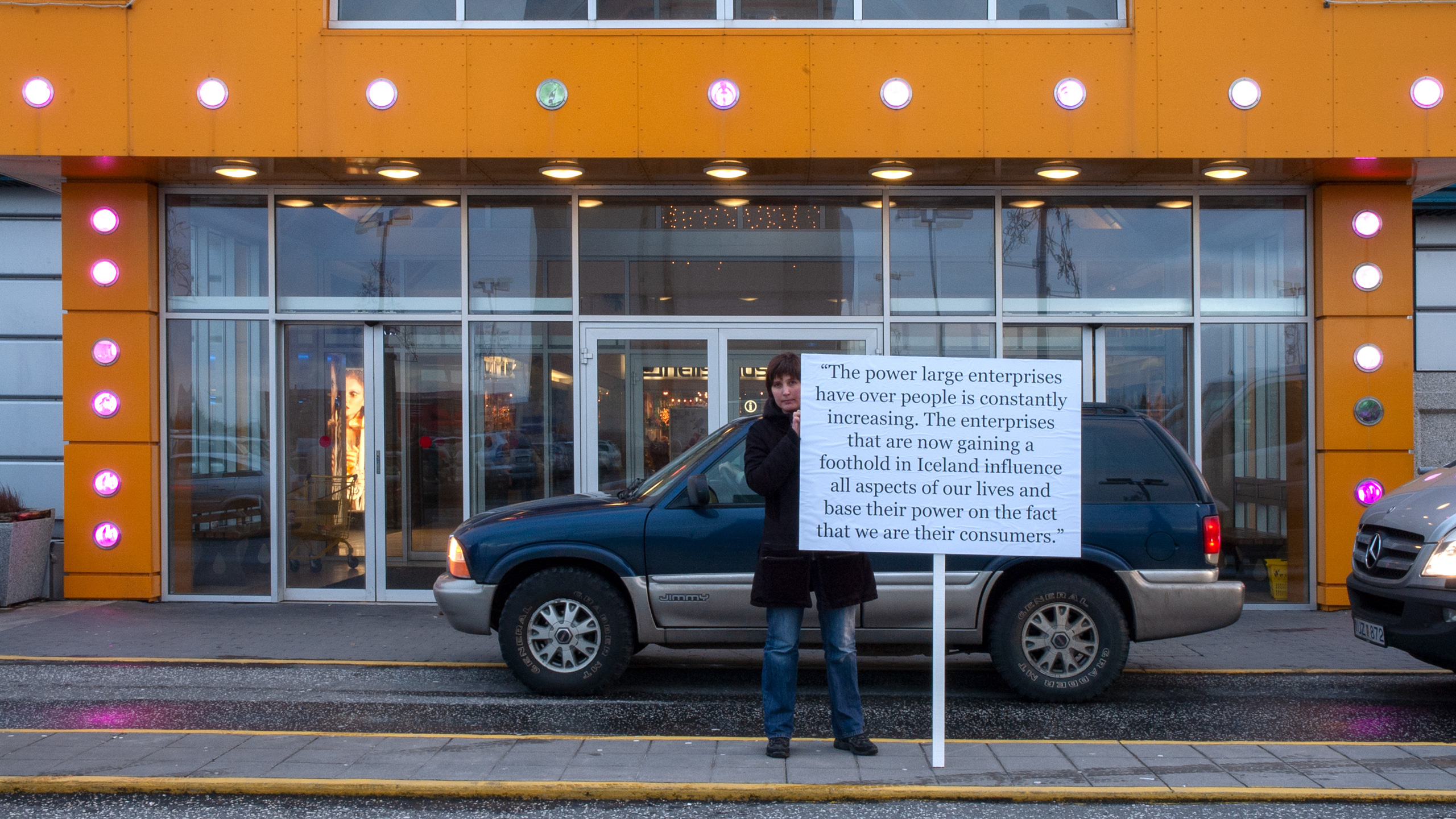 In the Human development-ranking index of 2007, Iceland came out as the best place in the world to live. The performance tried to test this result, by collecting critical quotes from online news sources (translated versions) from 2007. These quotes were then used during 30 different performances at locations corresponding to the themes addressed in the quotes. The project is a reference to the one-person protests of Helgi Hóseasson, often credited as being the “first protestor in Iceland”. In retrospect, the project was a grim forebode of what was to come. In 2008 Iceland’s banks collapsed. The currency crashed, unemployment soared and the stock market was more or less wiped out. What followed were the largest protests in Icelandic history.

Just before we visited Iceland, the annual U.N. table was published. In the Human development-ranking index 2007 (HDI), Iceland came out as the best place in the world to live. On first sight this report correspond to the first impressions we got of Reykjavik. The city and its suburbs looked very wealthy, peaceful and neat. We asked ourselves; is there nothing to worry about in this country?

To get a better understanding of the political situation on the island, we started to read different news websites and blogs. We found interesting critical quotes and strong statements of well-known and less known Icelanders. We decided to collect these quotes and to make an archive that represented a broad range of different political developments in Iceland of the last year. Since it was almost the end of the year, we thought about making an alternative review of the year. Therefore we only focussed on articles found on the Internet that were written in 2007.

In the last decade or so, journalism has changed enormously. The Internet has personalised and democratised the news reports to a great extend. Blogs and other websites increased the political public awareness and made it possible for everybody to voice their opinion. The new communities on the Internet share information and organize ongoing discussions of diverse topics. For the project ‘Iceland best place to live’ we explicitly chose quotes from the Internet because we wanted to investigate the ‘Freedom of speech’ on the Internet compared with the freedom within the physical public space.