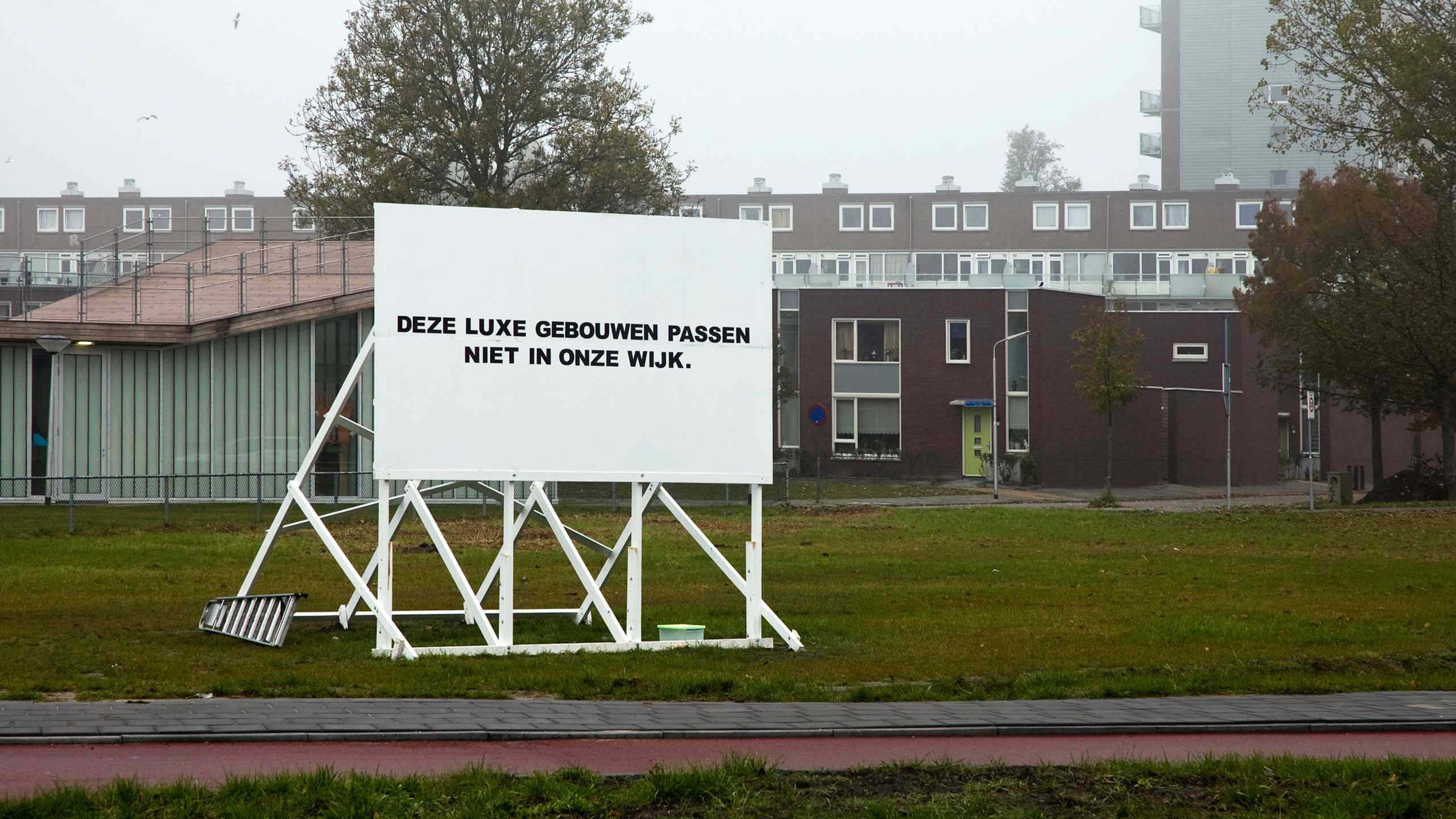 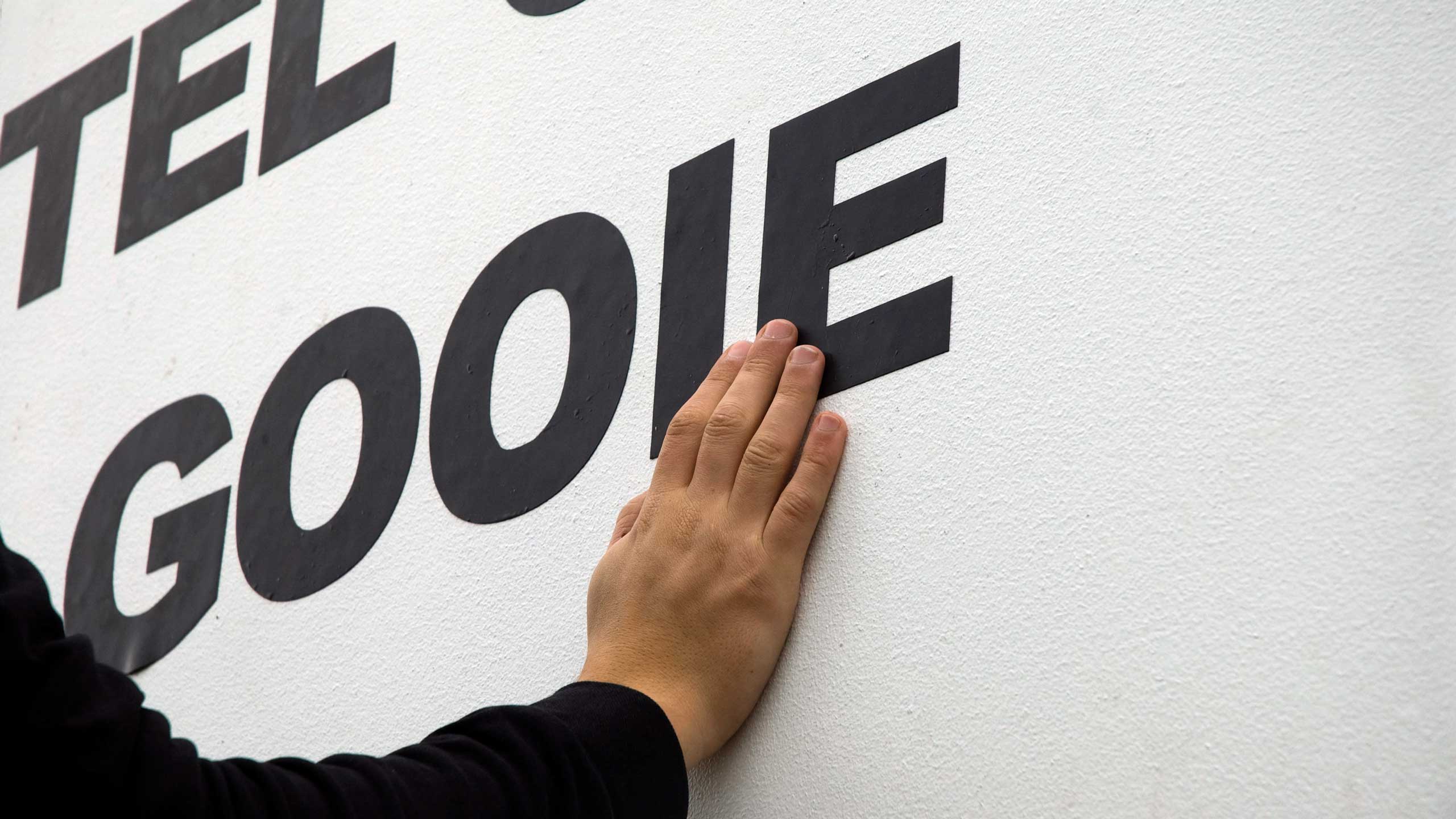 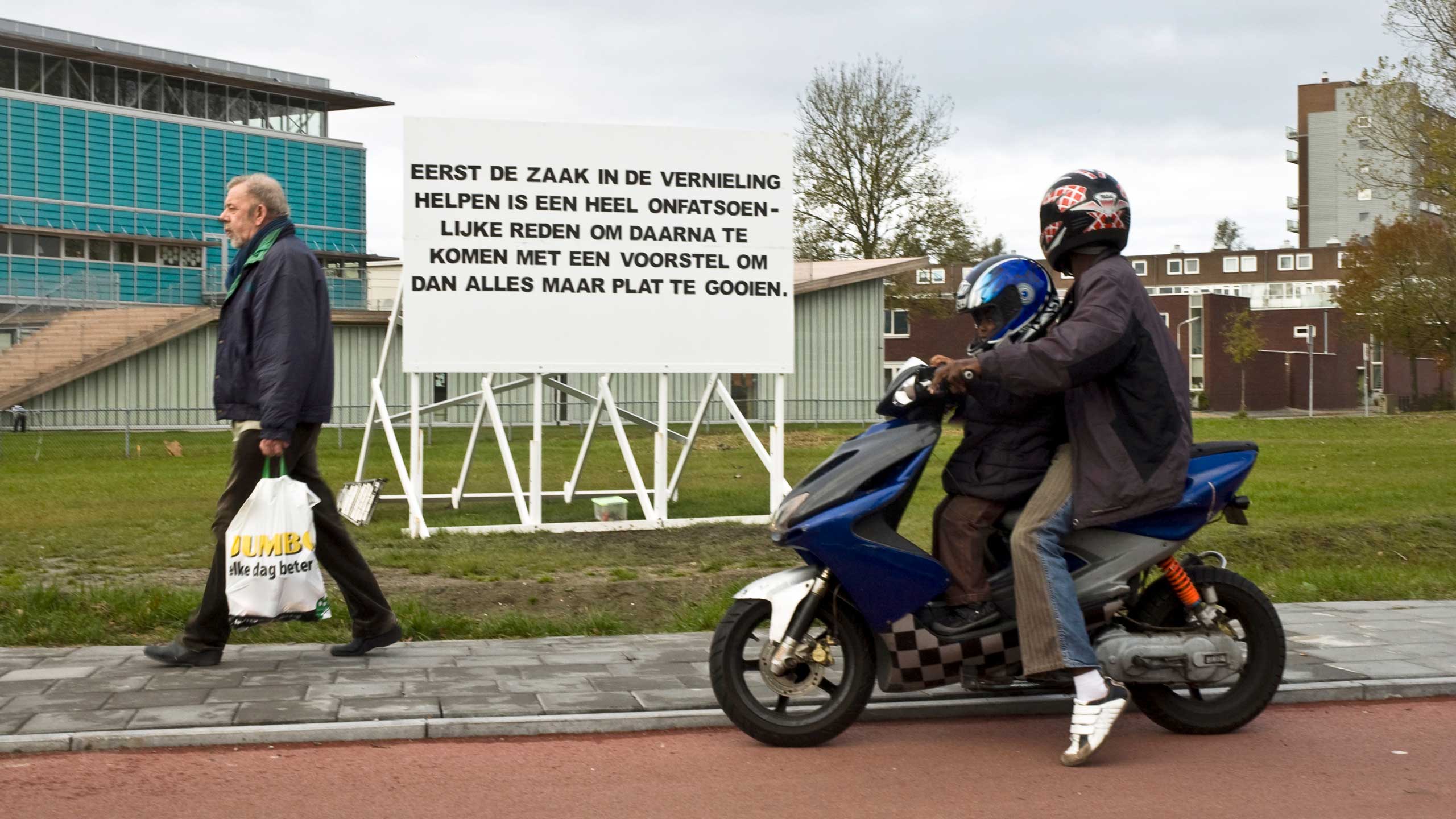 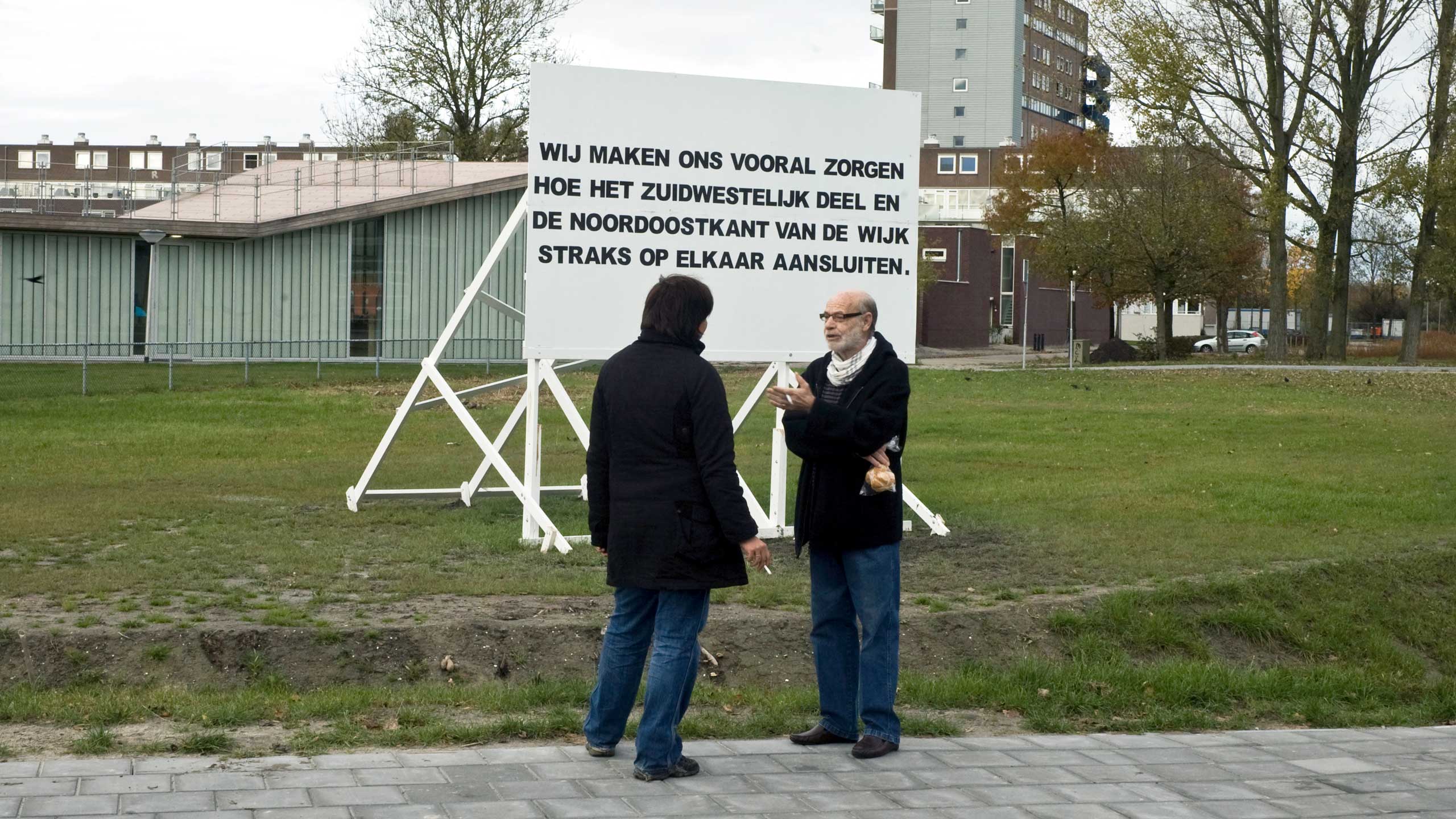 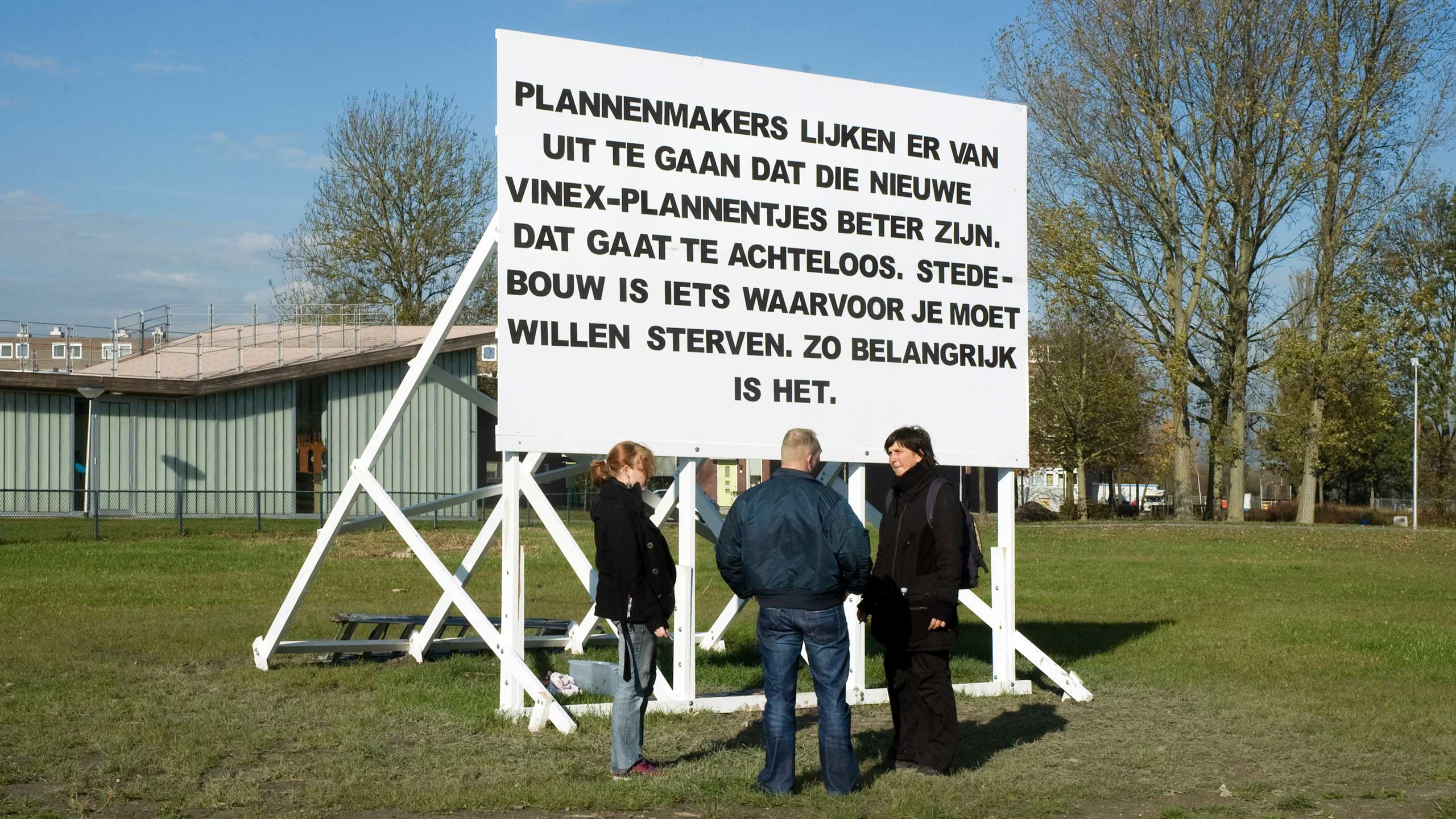 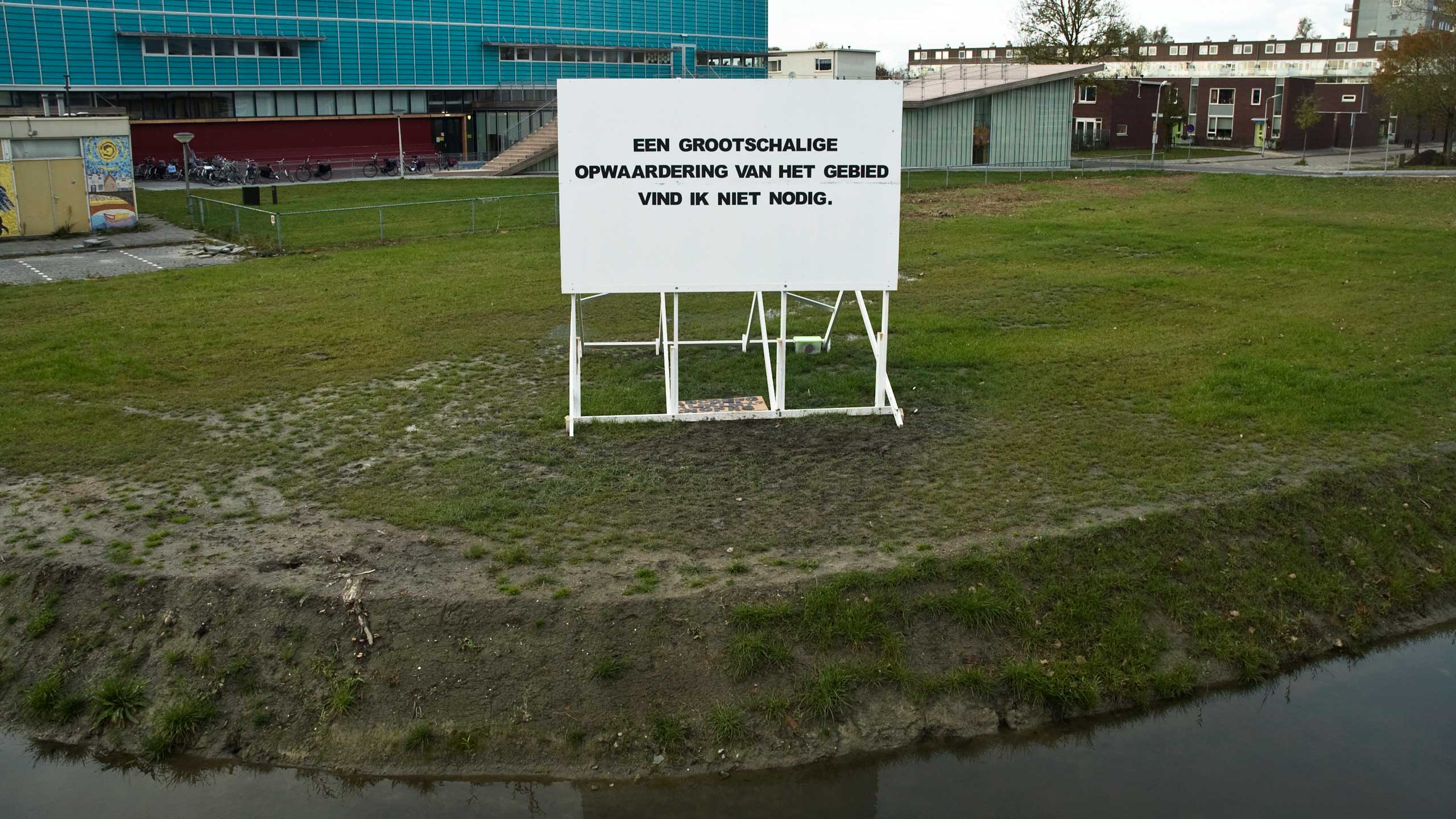 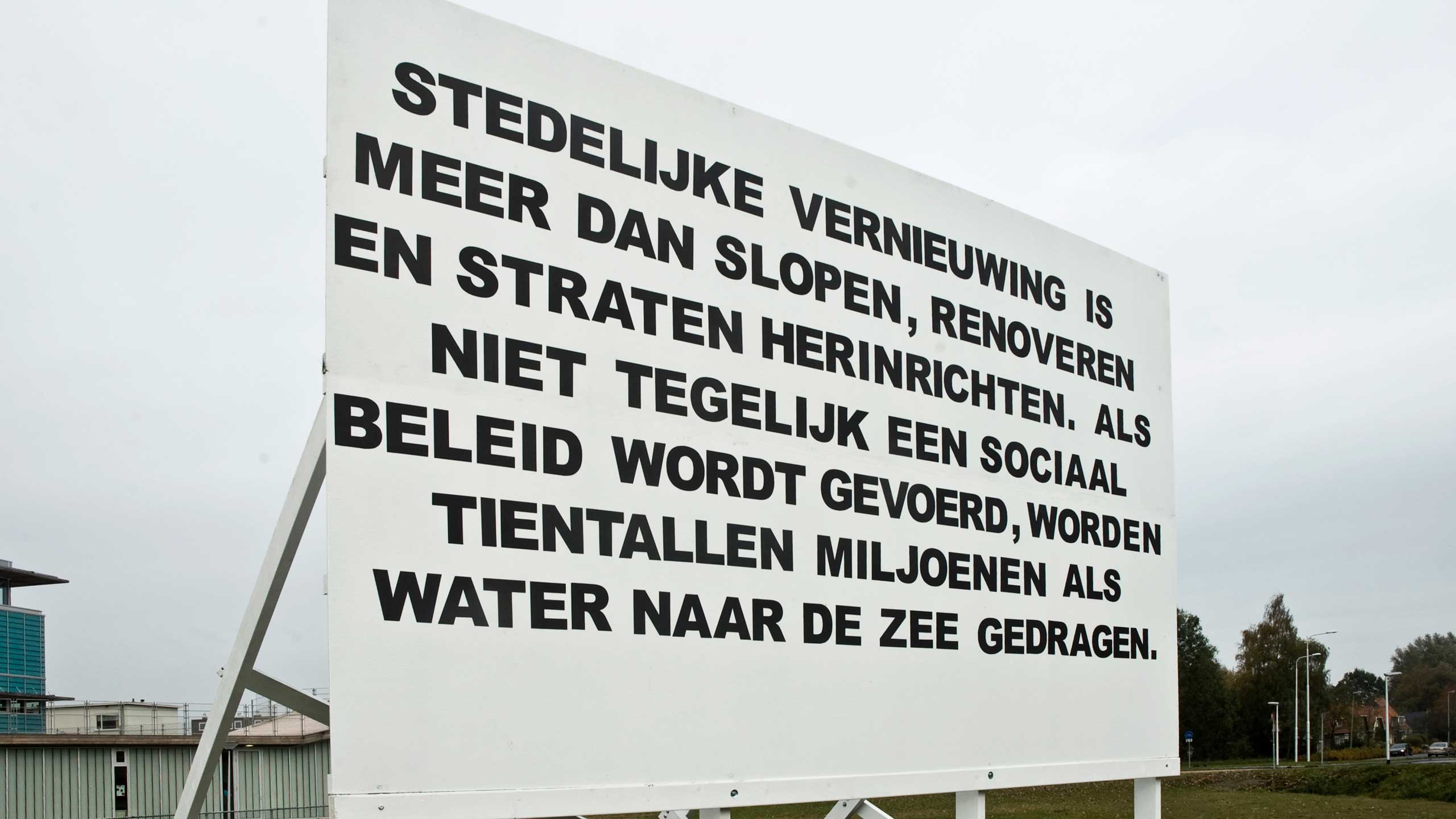 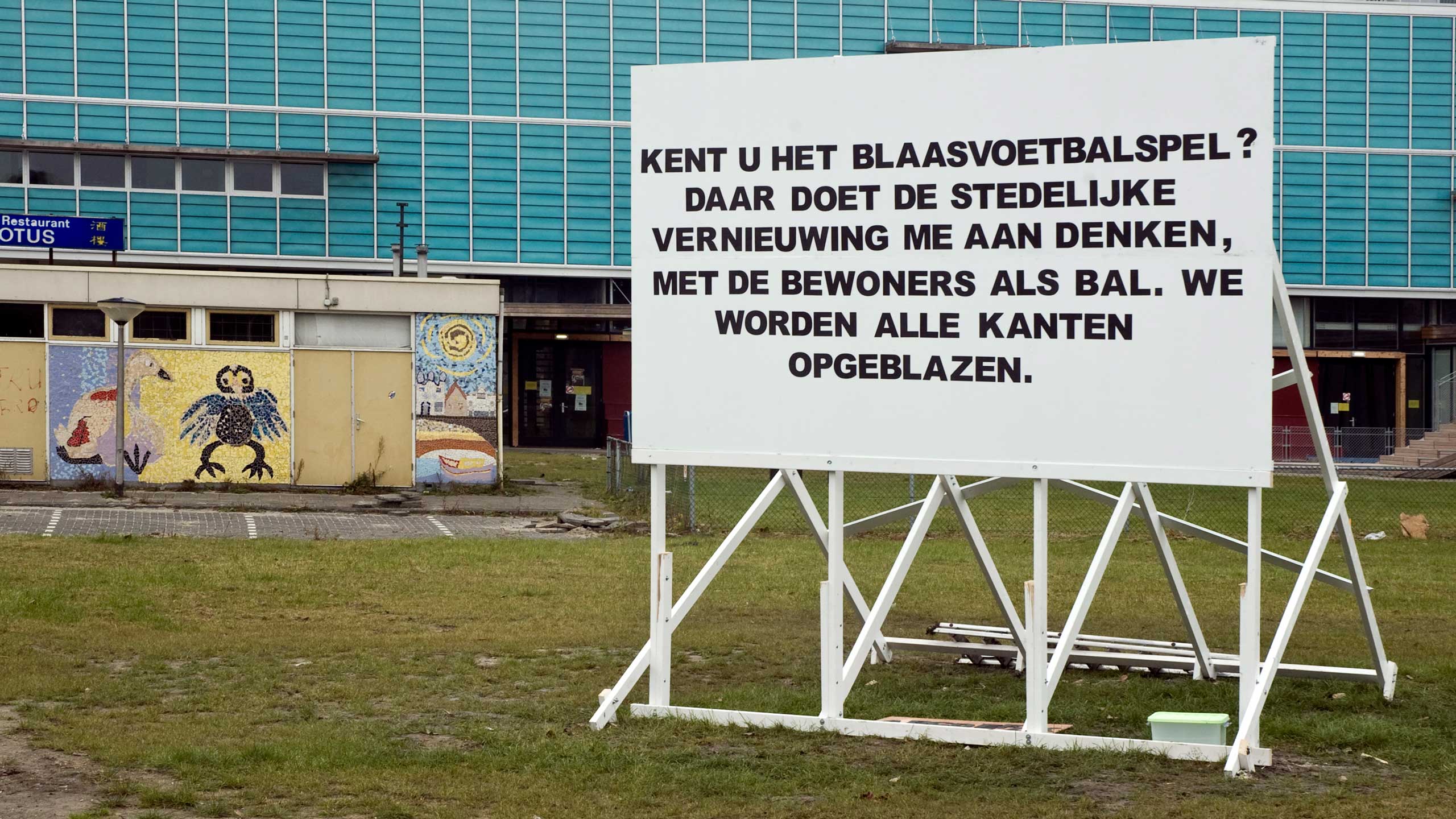 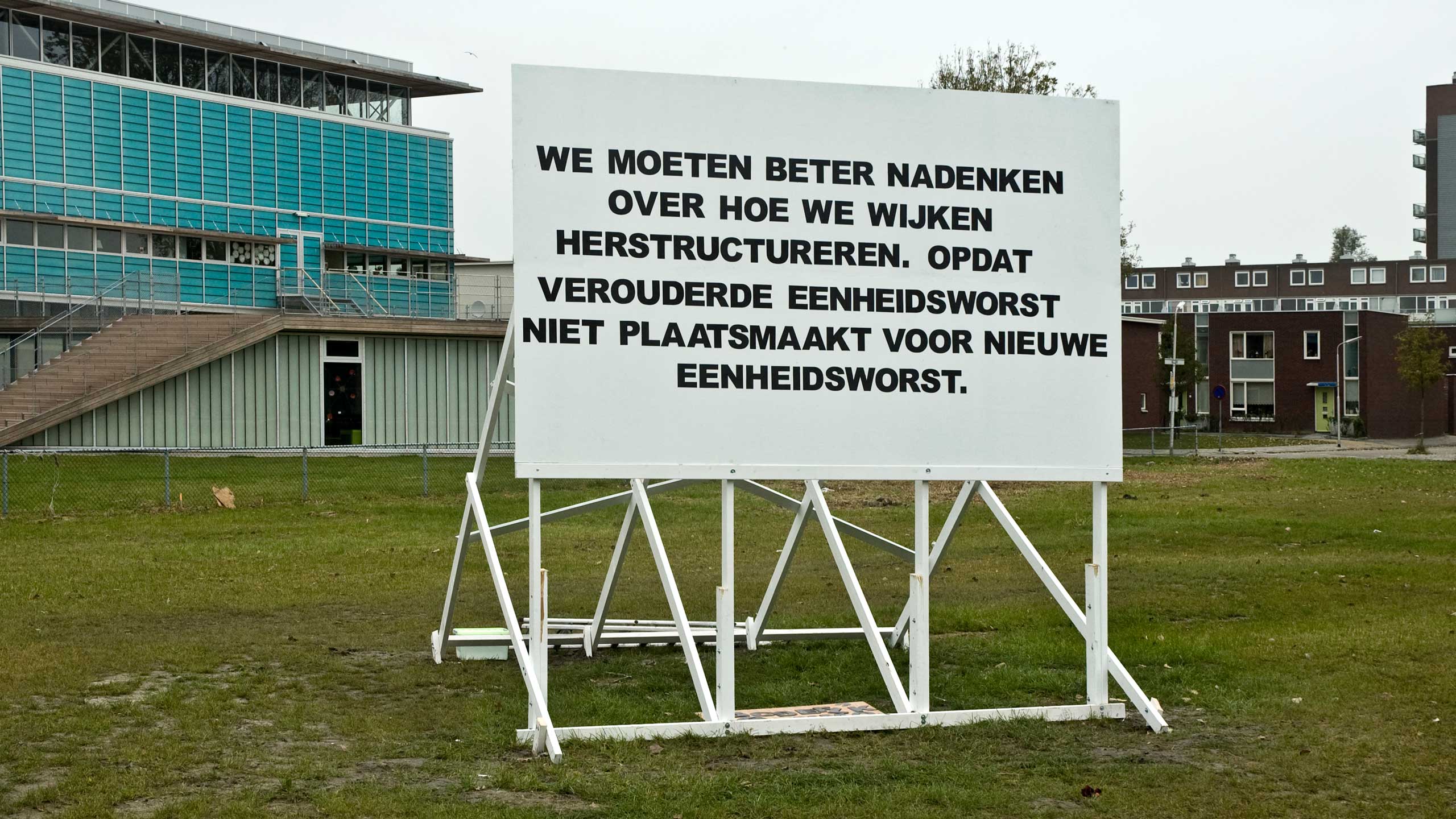 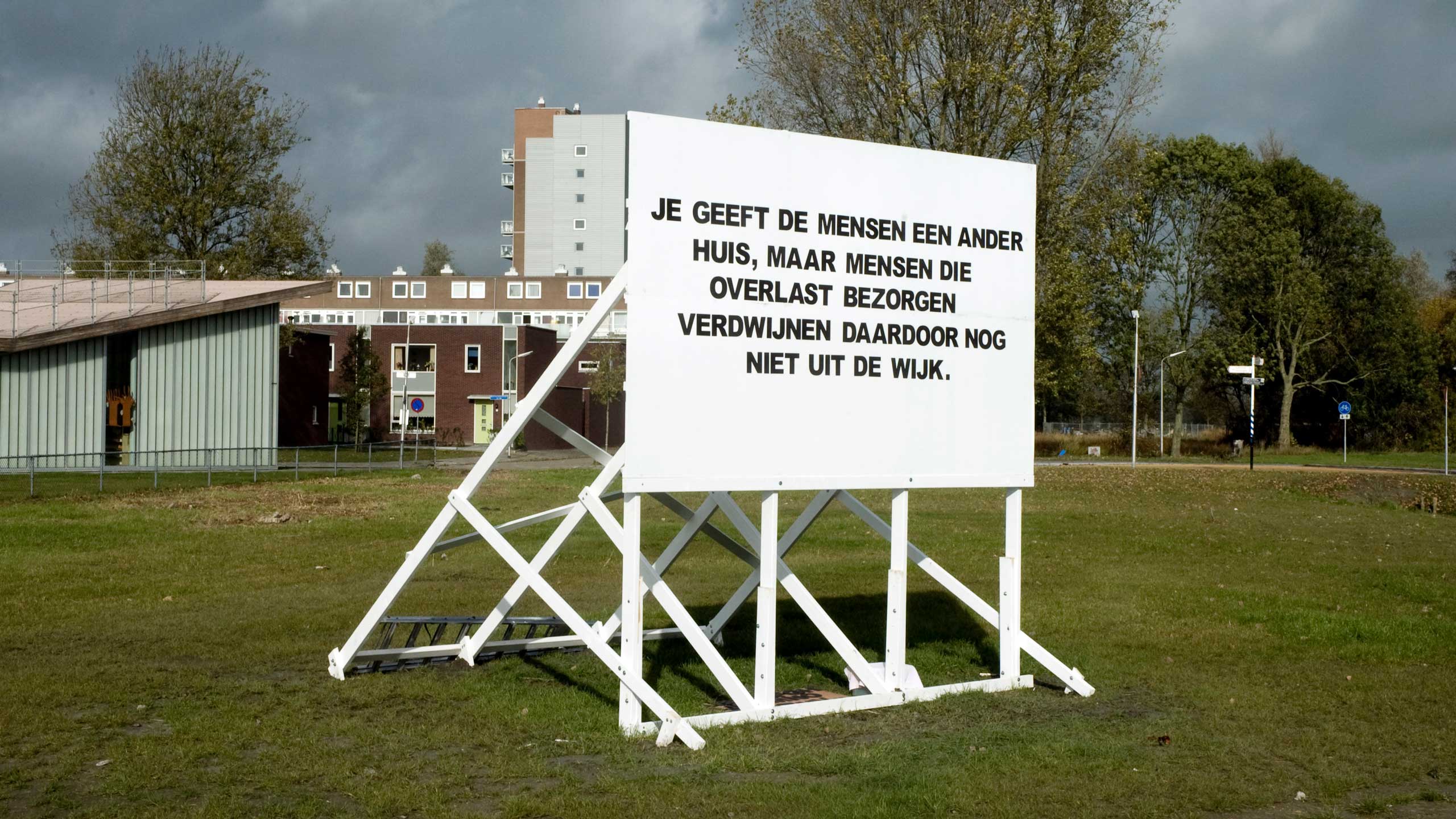 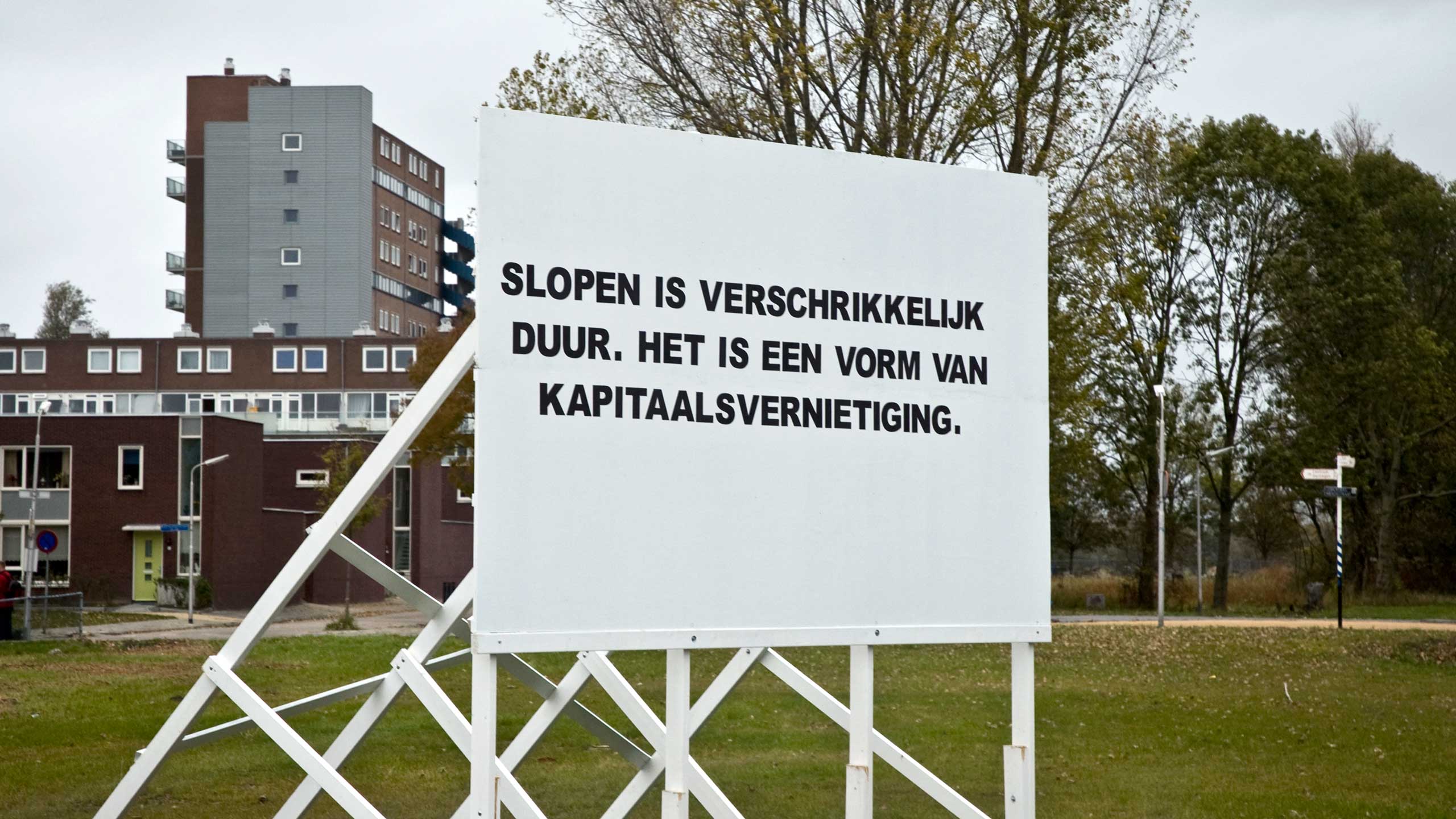 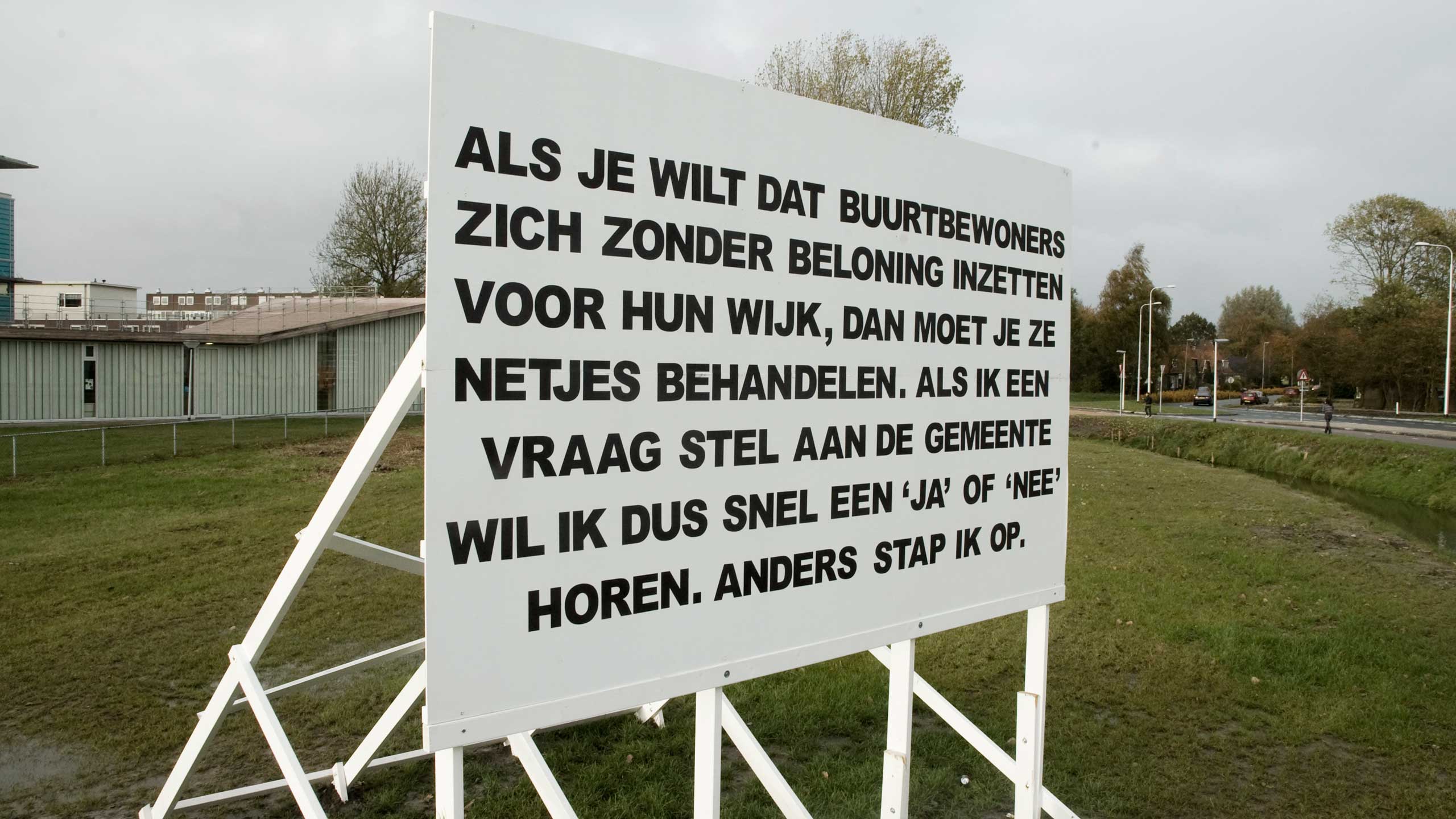 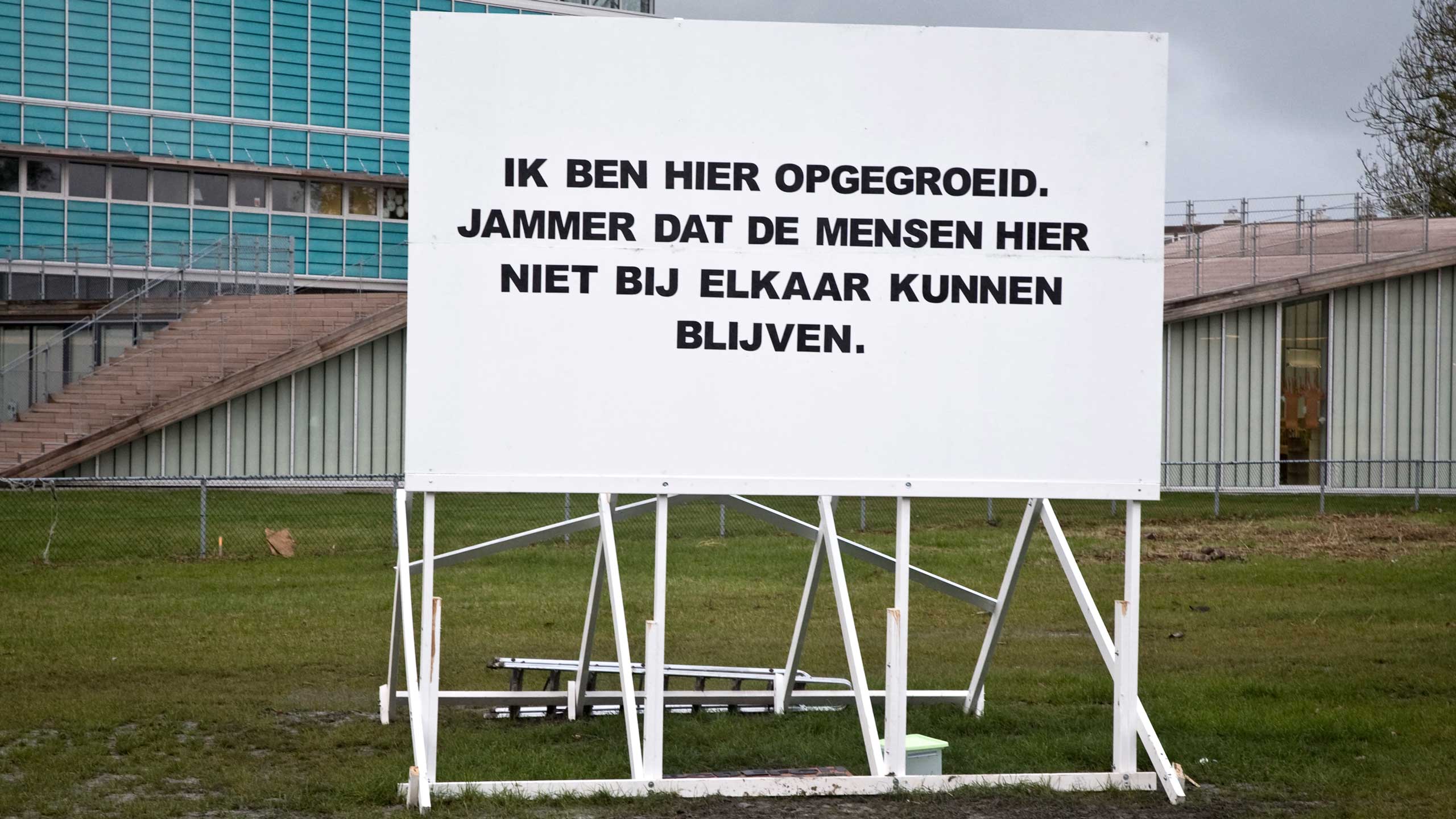 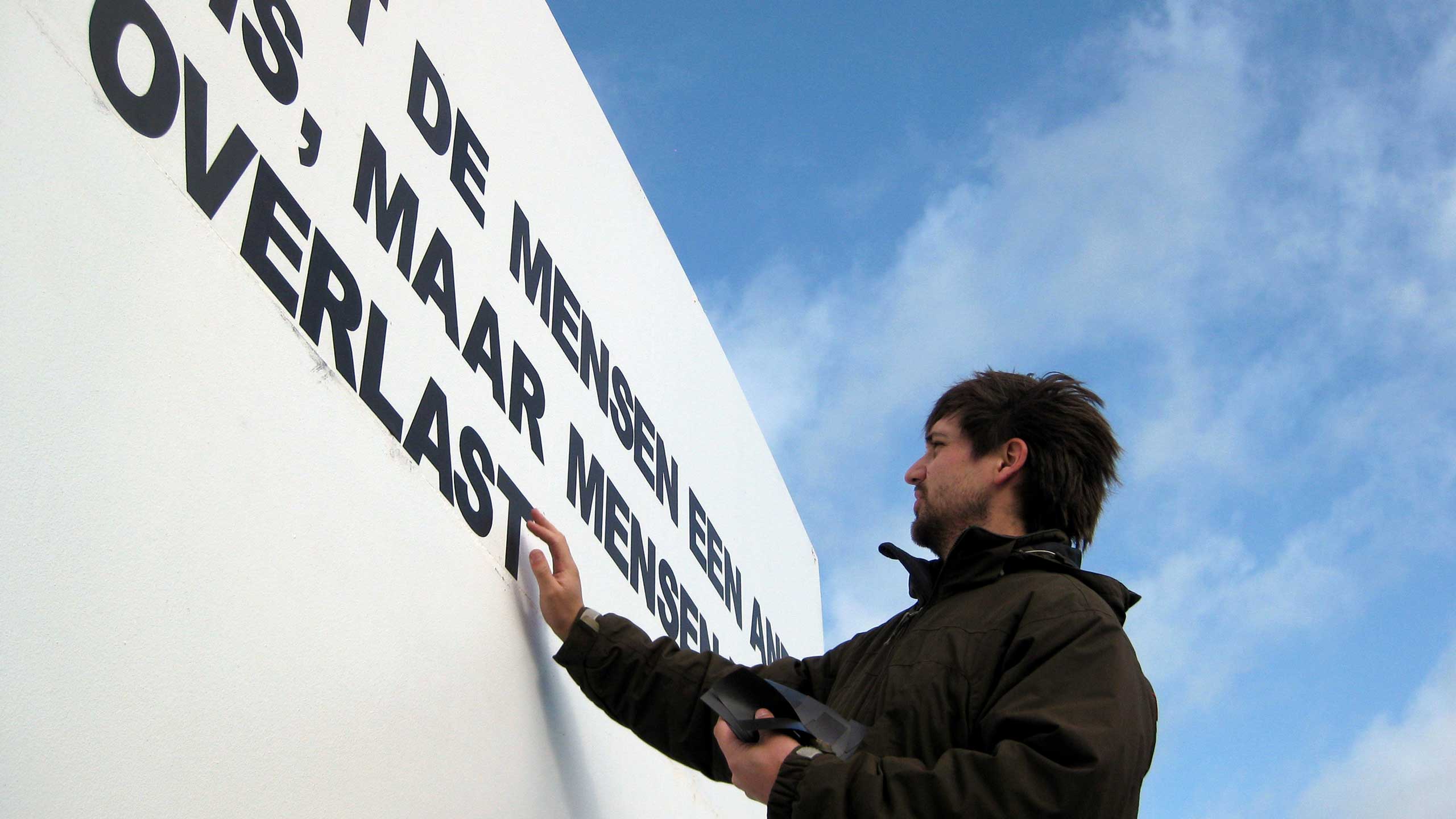 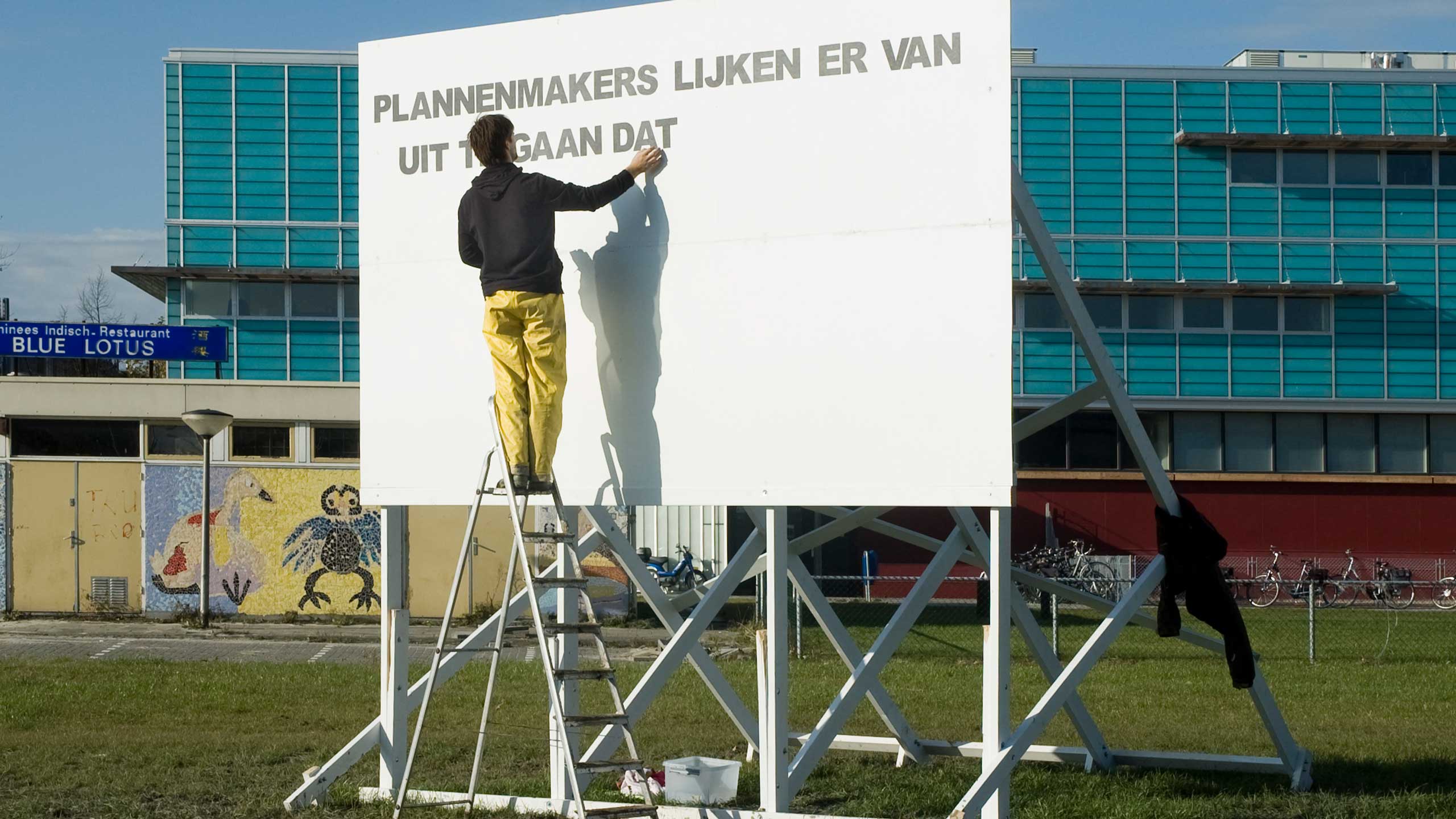 (Dutch for ‘Public Consultation’) took place in a neighborhood, notorious for a broad range of social problems. In 2000, the city council started with the redevelopment of this area. During this renewal process, the importance of citizen participation grew and a lot of different voices were heard . Now that all the renovation is finished, the question remains whether their suggestions were met. Different quotes from the consultation sessions were used in order to stimulate reflection upon the transformation of the area. For a week long, the quotes were shown on a billboard in the center of the neighborhood and residents were encouraged to reflect on their involvement in the democratic process.

About 15 years ago, the city council of Leeuwarden started with the redevelopment of the neighborhood. The first step in this process was to change the old name, ‘Lekkumerend’ to ‘Vrijheidswijk’ (Dutch for ‘Freedom neighborhood’). Changing its name didn’t prove to be very effective and for several consecutive years the neighborhood ranked among the poorest in the Netherlands. Around the year 2000, the actual renovation began. With new governmental support, the city council started the demolition of large sections of the old neighborhood to make room for new apartments. By the year 2009, all the gentrification proposals were realized.

Different quotes from the consultation sessions, interviews and hearings were used for this project in order to stimulate reflection upon the transformation of the area. The quotes were shown on a billboard in the center of the neighborhood. Every quote was shown for half an hour after which it got replaced by the next one. A week long residents were encouraged to reflect about the changes in their neighborhood and their involvement in the democratic process. All interviews were published on a website.

By means of this public intervention we tried to develop a better understanding of the interaction process between governmental strategies and ideas of citizens. How is the communication organized between the residents and the other interested parties: the municipality, the project developers, the urban planners and the architects? The temporary intervention investigated different perspectives and interests.