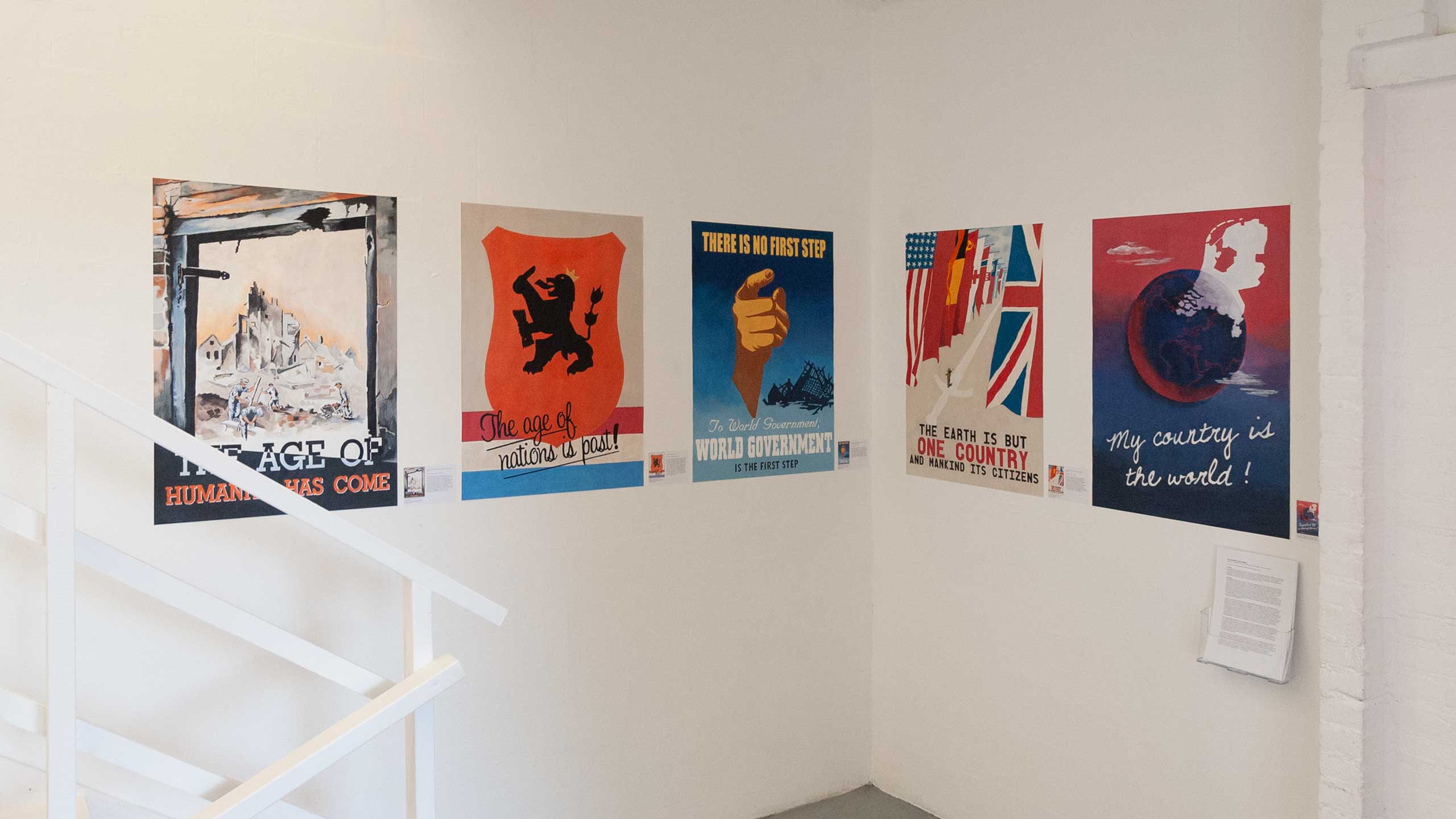 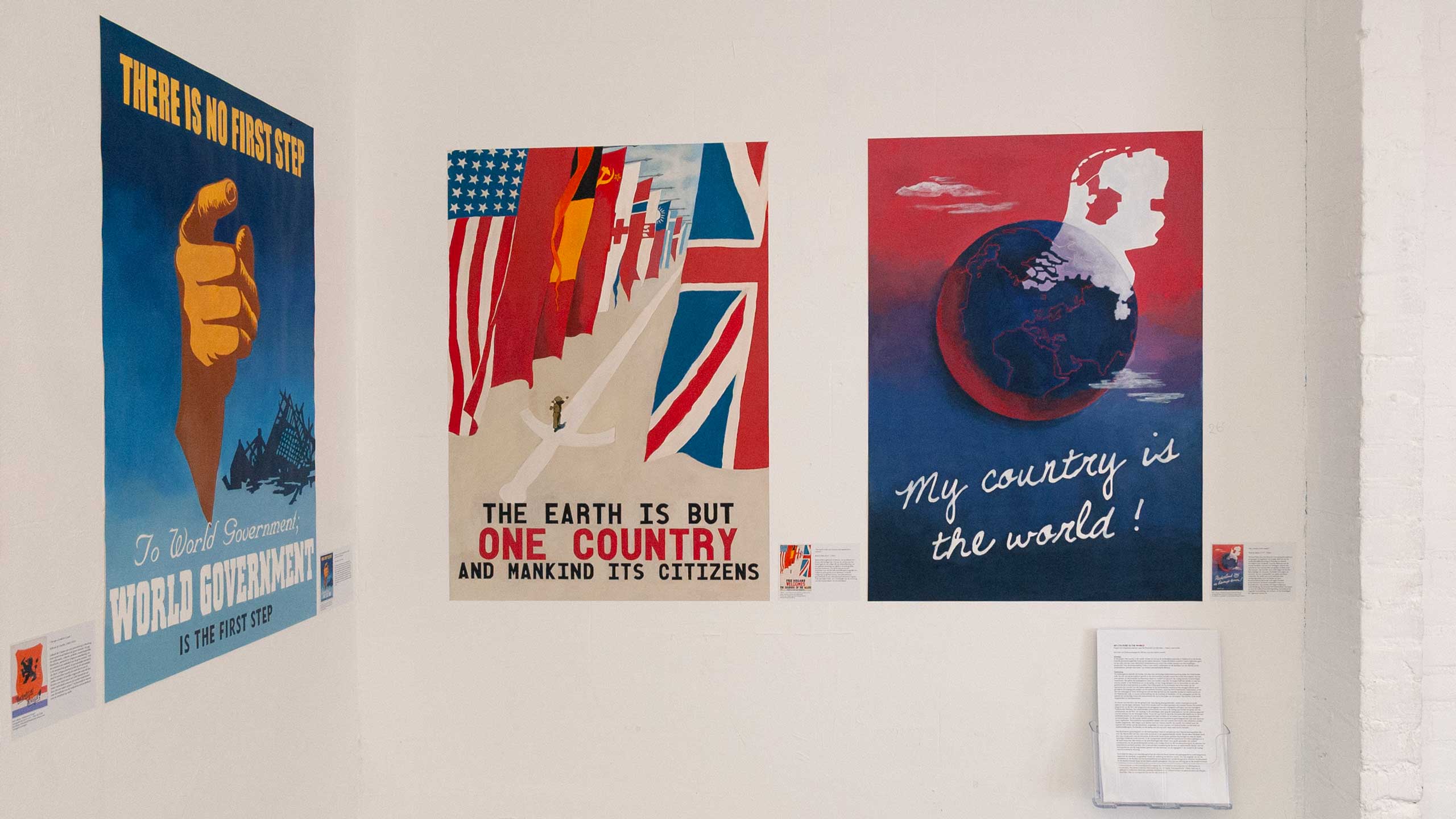 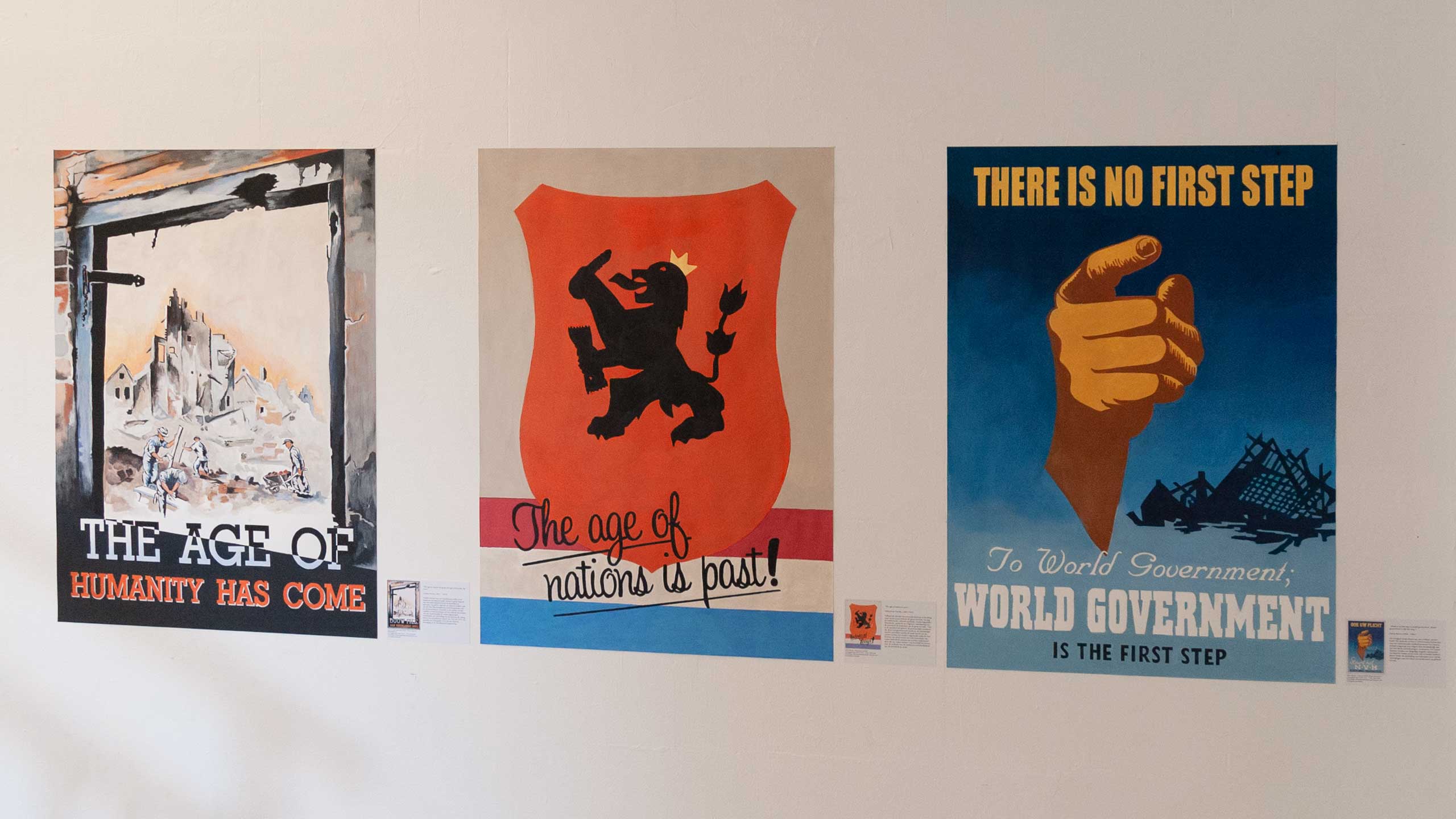 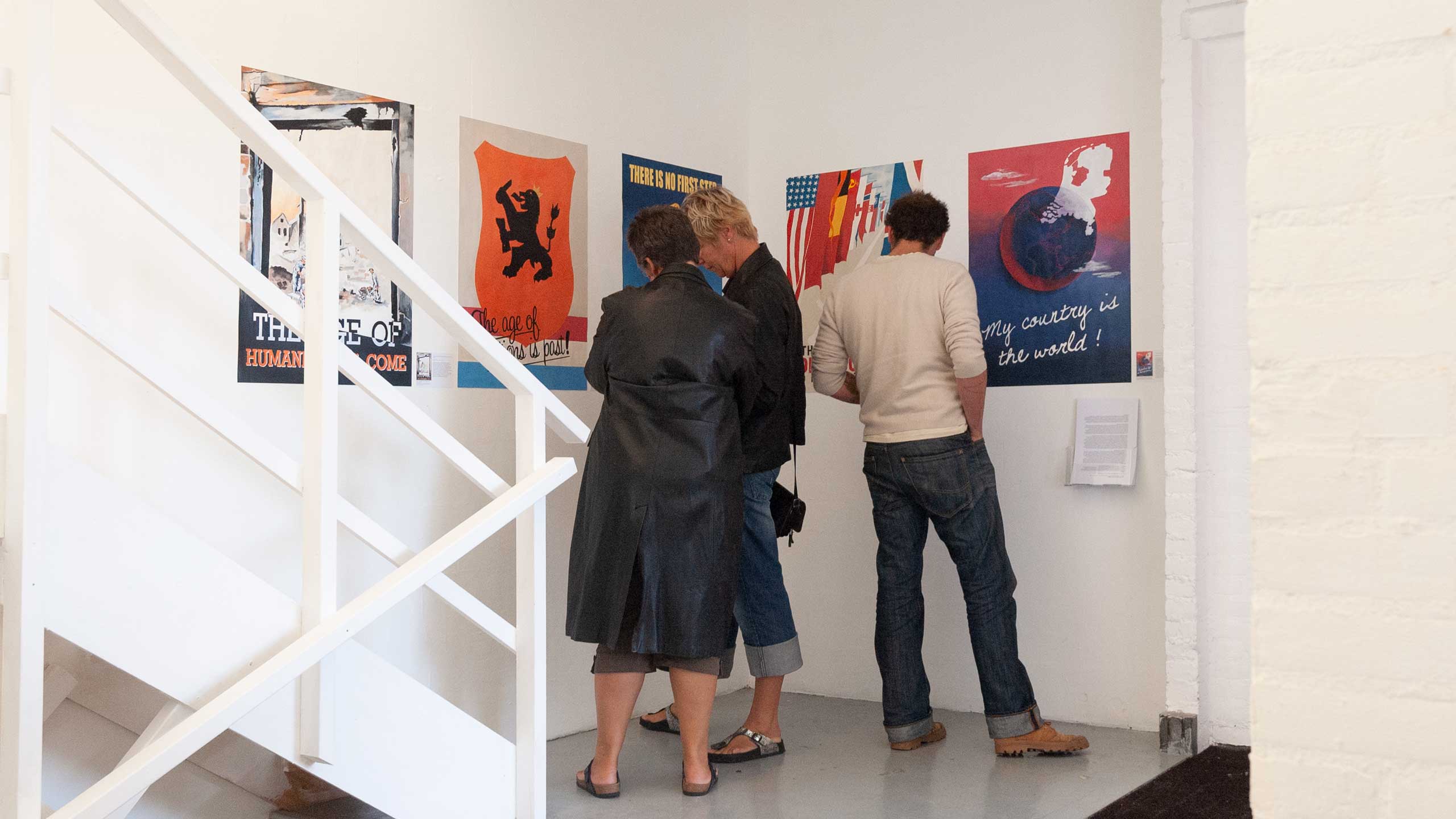 My Country is the World

‘My Country is the World’ revisited the lost futures of the post-war period. Years that were characterized by strict internal rationing and wage and price controls. Despite the problems, there was great public unity, idealism and a shared hope for a better future. The decade after the war had the potential for radical political change. One of these unrealized political ideals which proclaimed a safer and better world was the Cosmopolitan ideology. For the project ‘My country is the world’ we redesigned 5 post war propaganda posters with quotes from cosmopolitan thinkers as a proposal for an alternative history.

The Exhibition De piramide van IJmuiden – I hear a new world was a manifestation against the fragmentation of the collective. The participating artists were challenged to think of alternative, future models that counterpart the existing tendency in which the collectivity of our future expectations is shattered in personal networks around our work and personal interests. For our contribution to the exhibition we glanced back in time and focussed on the post war period in the Netherlands. Strict internal rationing and wage and price controls characterized these years. Despite the problems, there was great public unity, idealism and a shared hope for a better future. The decade after the war had the potential for radical political change. One of these political movements was the Cosmopolitan ideology. This philosophy proclaimed a safer and better world but its momentum was never fully exploited.

The post war period was characterized by a collectively shared dream for a better future. The war had created a void that needed to be reconstructed. This emptiness formed a promise for a new world, as seen in the propaganda posters from government agencies, such as NVH (Dutch People’s Recovery). The foundation’s objective was to restore the material, physical and moral position of the Dutch people, in close cooperation with the government. We re-used and re-interpretated these campaigns presenting a future vision of national unity. The slogans of the NVH propagandising progress were focused on rebuilding the nation state. Anno 2010, many of these sayings will fit nicely within the political program of the PVV (Party for freedom), a program that falls back on a nostalgic longing for a homogeneous Dutch identity.

During the postwar years the United Nations emerged out of a shared wish to prevent another world war. After the war cosmopolitan ideas revived. Cosmopolitans suggested a world in which all nation-states were banned. They envisioned a new world: one world. A world in which capital would be equally spread around the world. Liberal cosmopolitans who saw the benefits of a free market economy in a globalised world soon hijacked the idealistic philosophy of cosmopolitans. The cosmopolitan ideology paved the way for multinationals and neoliberal ideology. In a world without borders capitalism could progress limitless and that meant that widened the gap between the North and the South. Another consequence of globalization is the current trend of re-nationalization and the emergence of populist political parties. It is ironic that the once optimistic ideals of cosmopolitans indirectly led to more segregation and the reemergence of (neo)nationalism.

Yet the ideal of world citizenship is still a relevant idea within the discussion on global issues like the distribution of wealth and power. That’s why we proposed a renewed recognition of the idea of cosmopolitanism. Is it possible to reinterpretate and redesign the cosmopolitan heritage? The question we’re asked through this project was what would have happened if the world had turned into One world after world war II?’