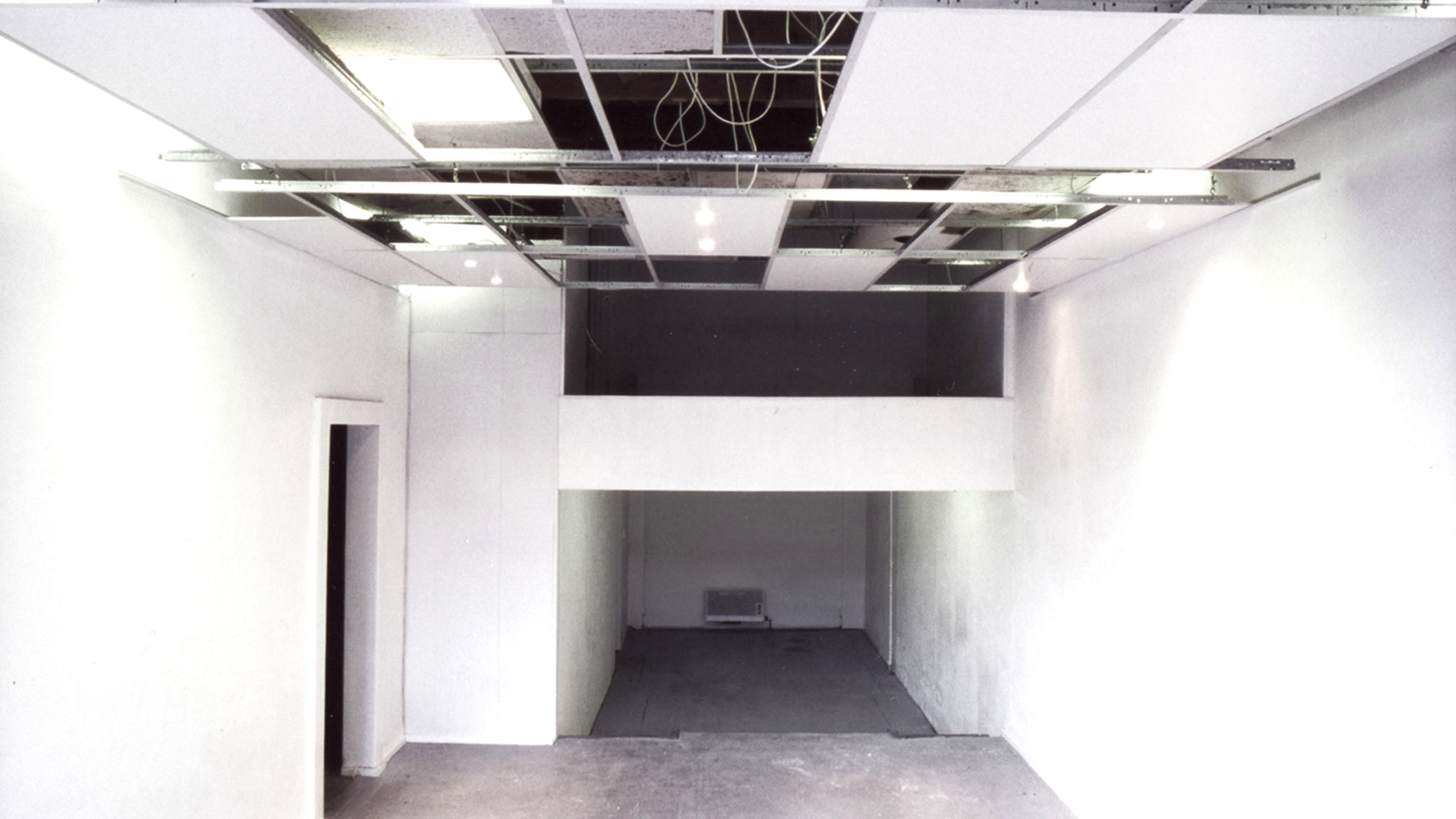 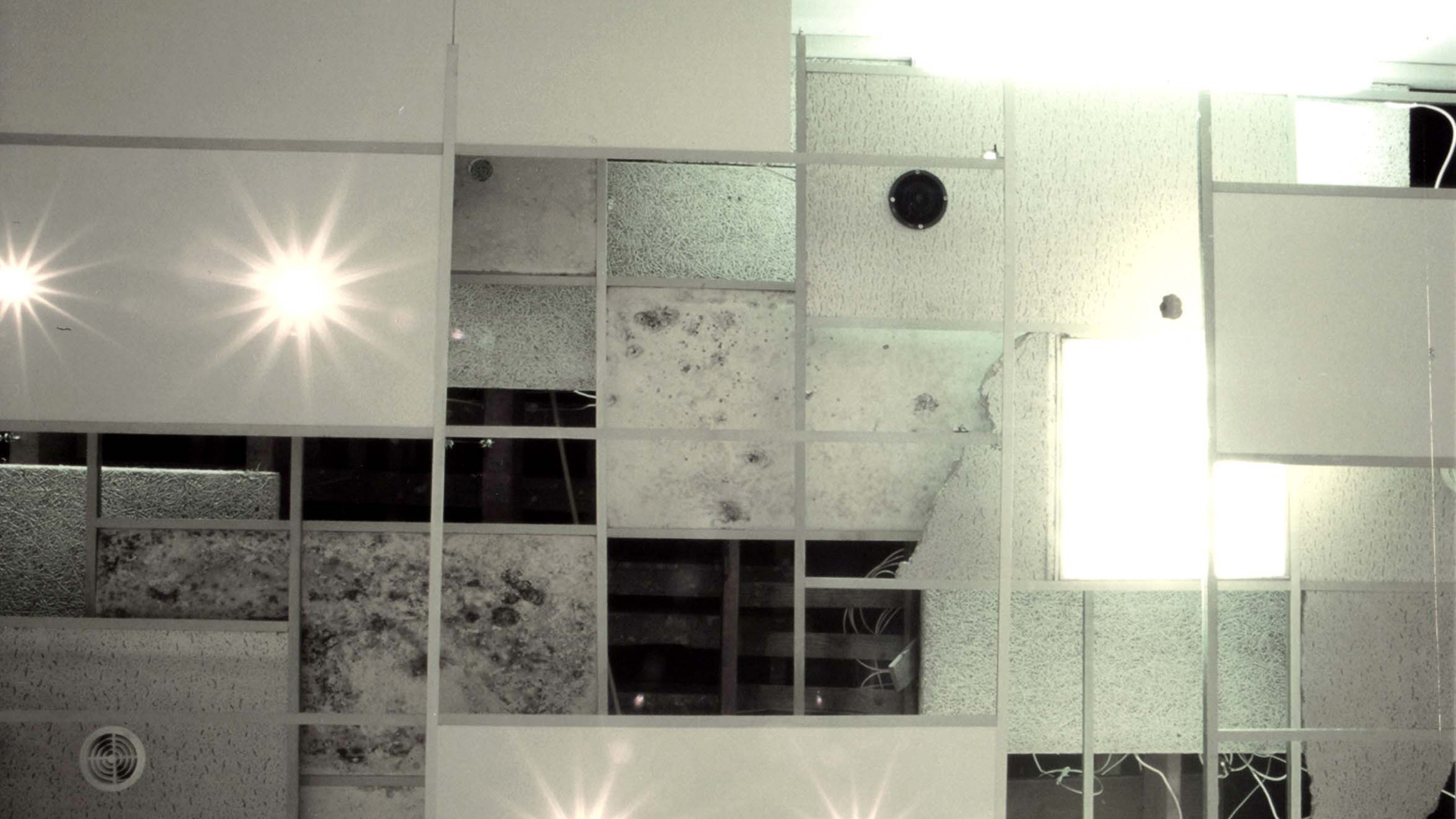 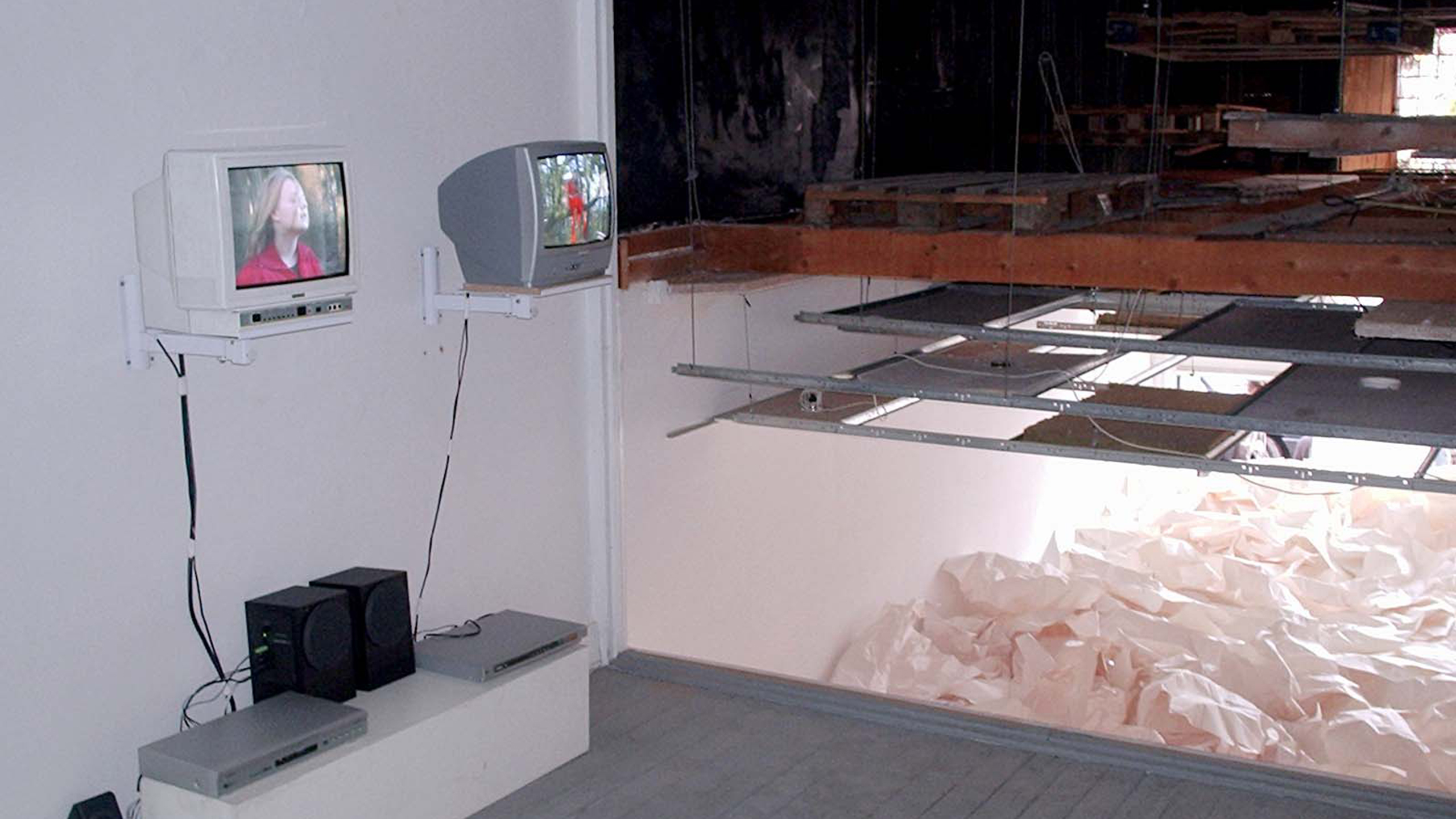 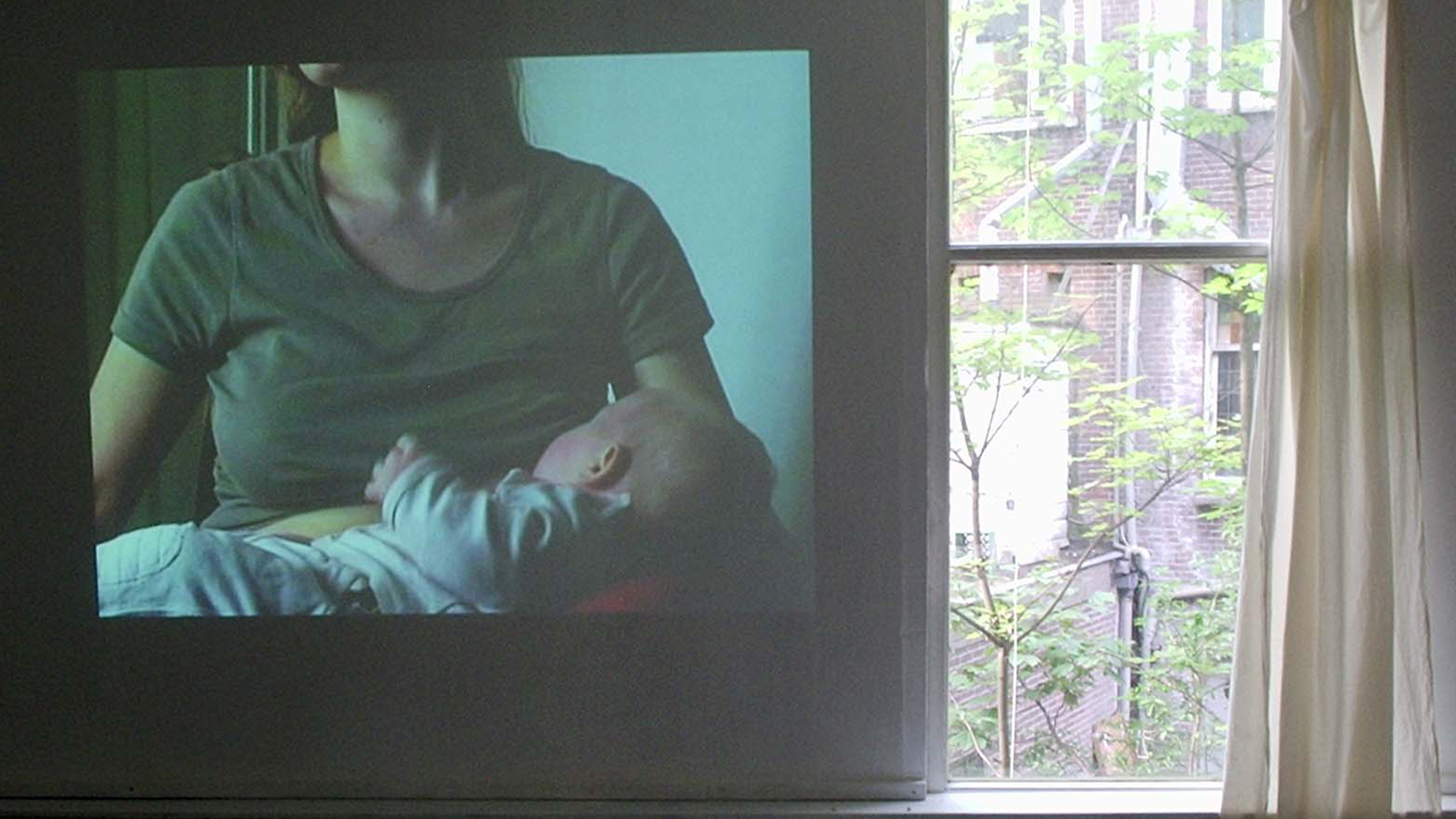 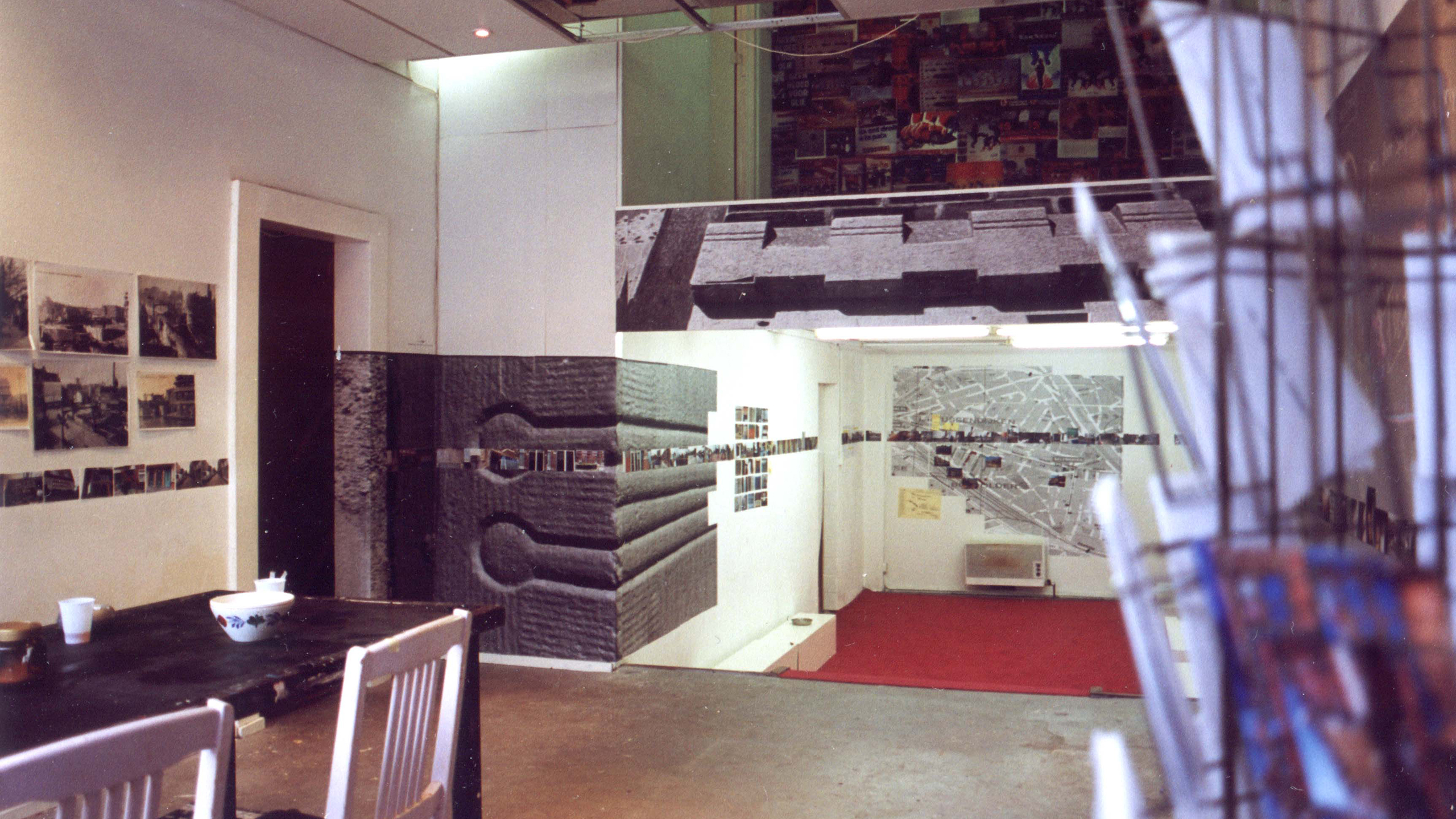 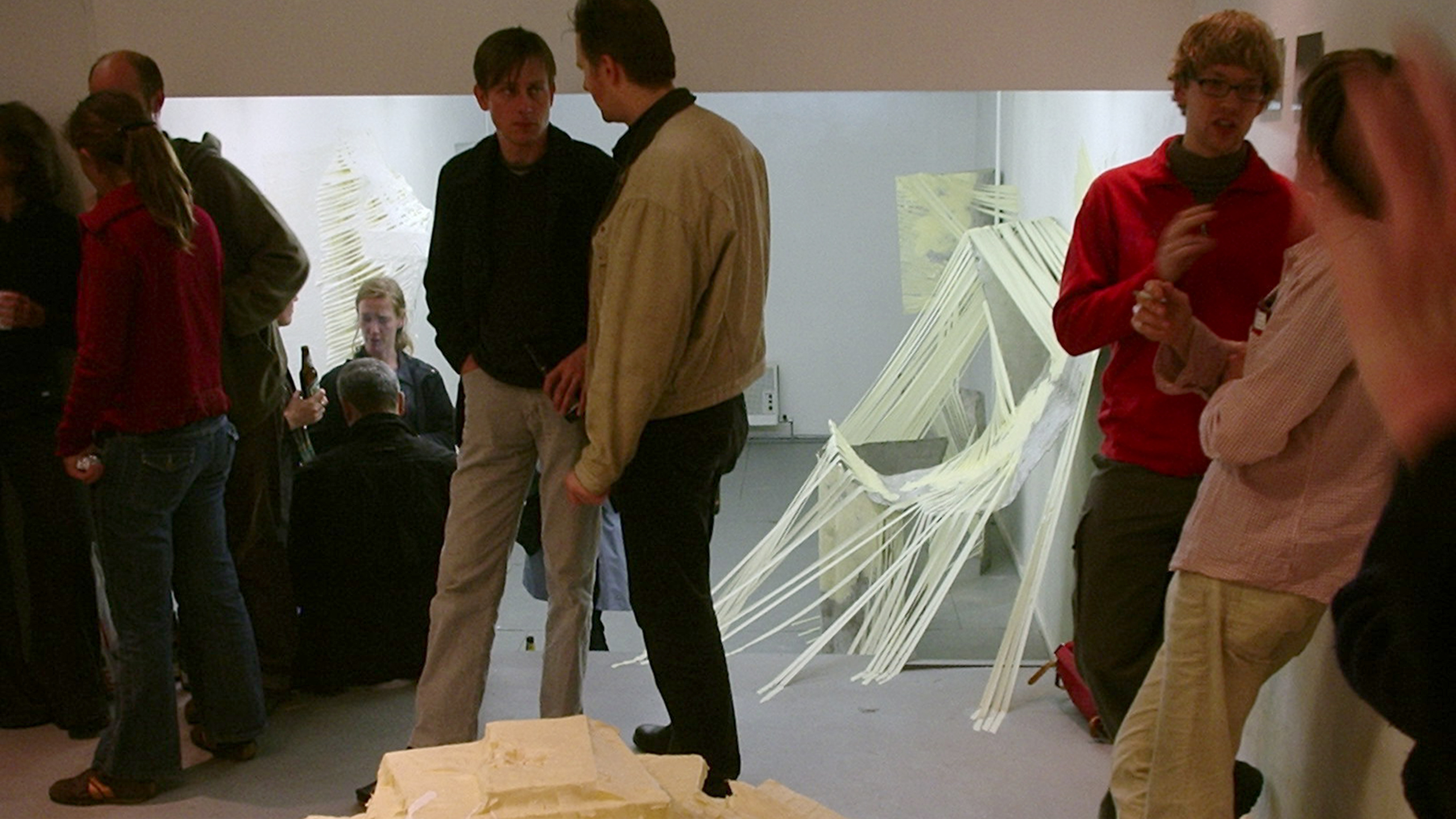 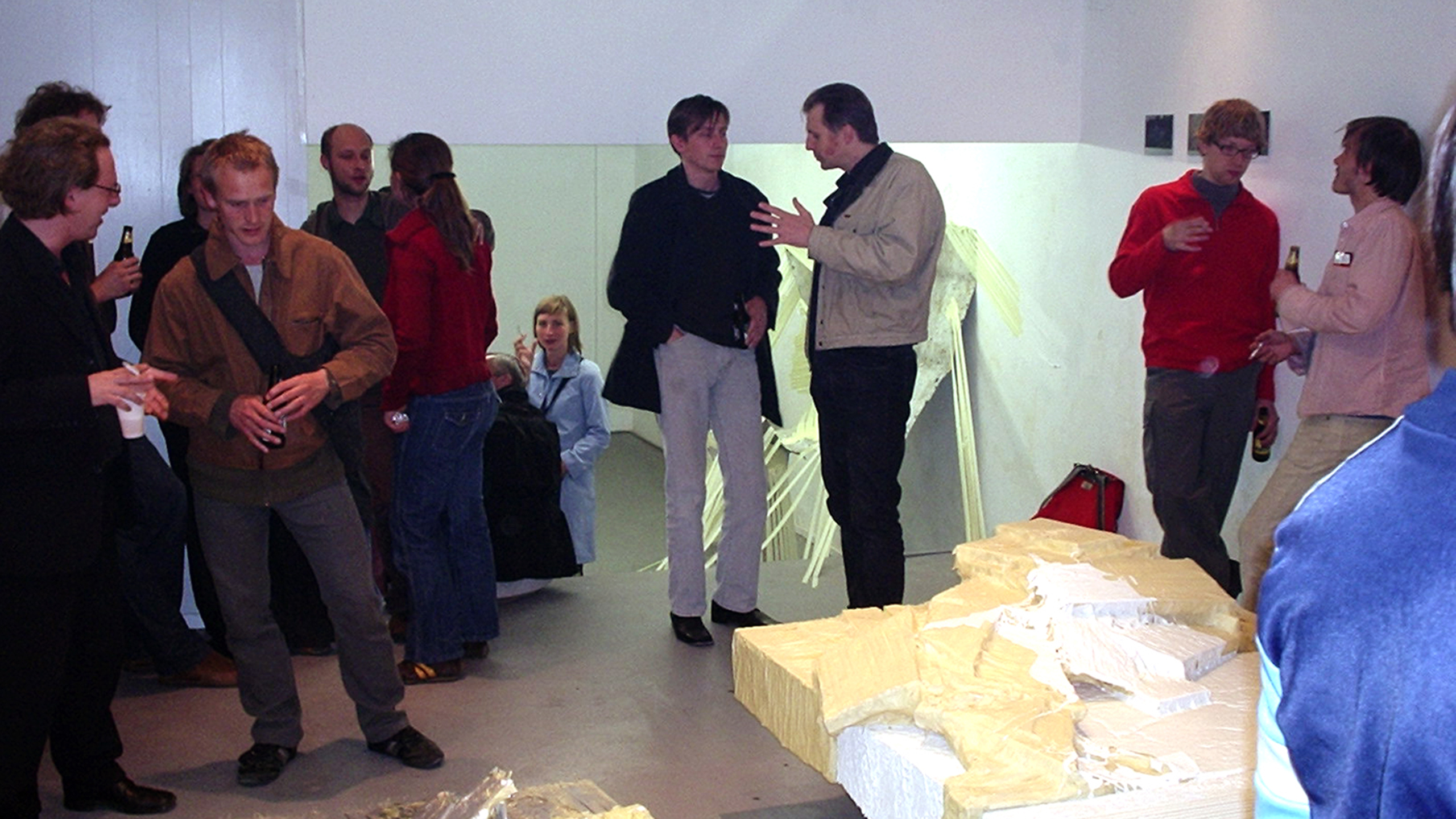 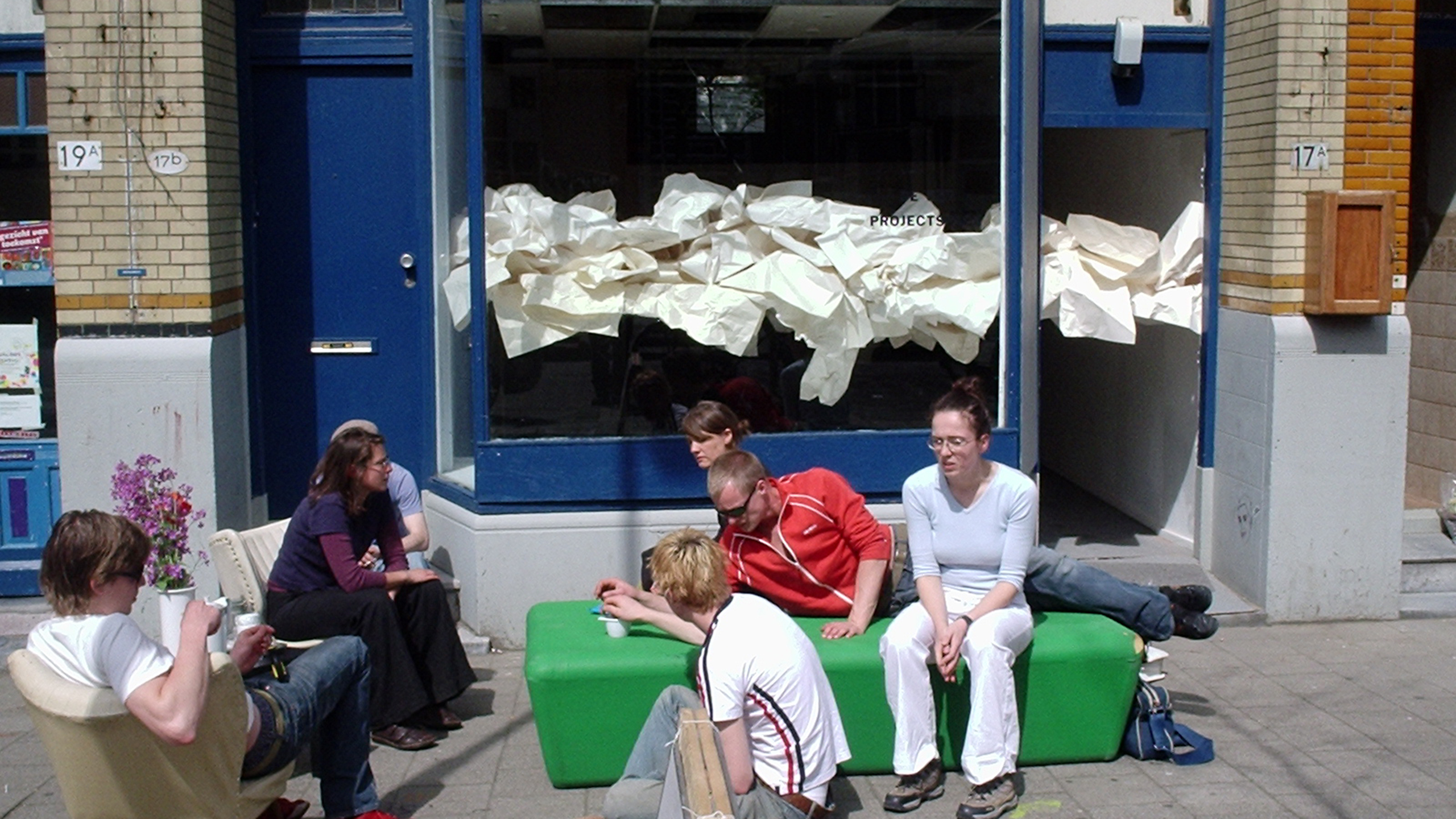 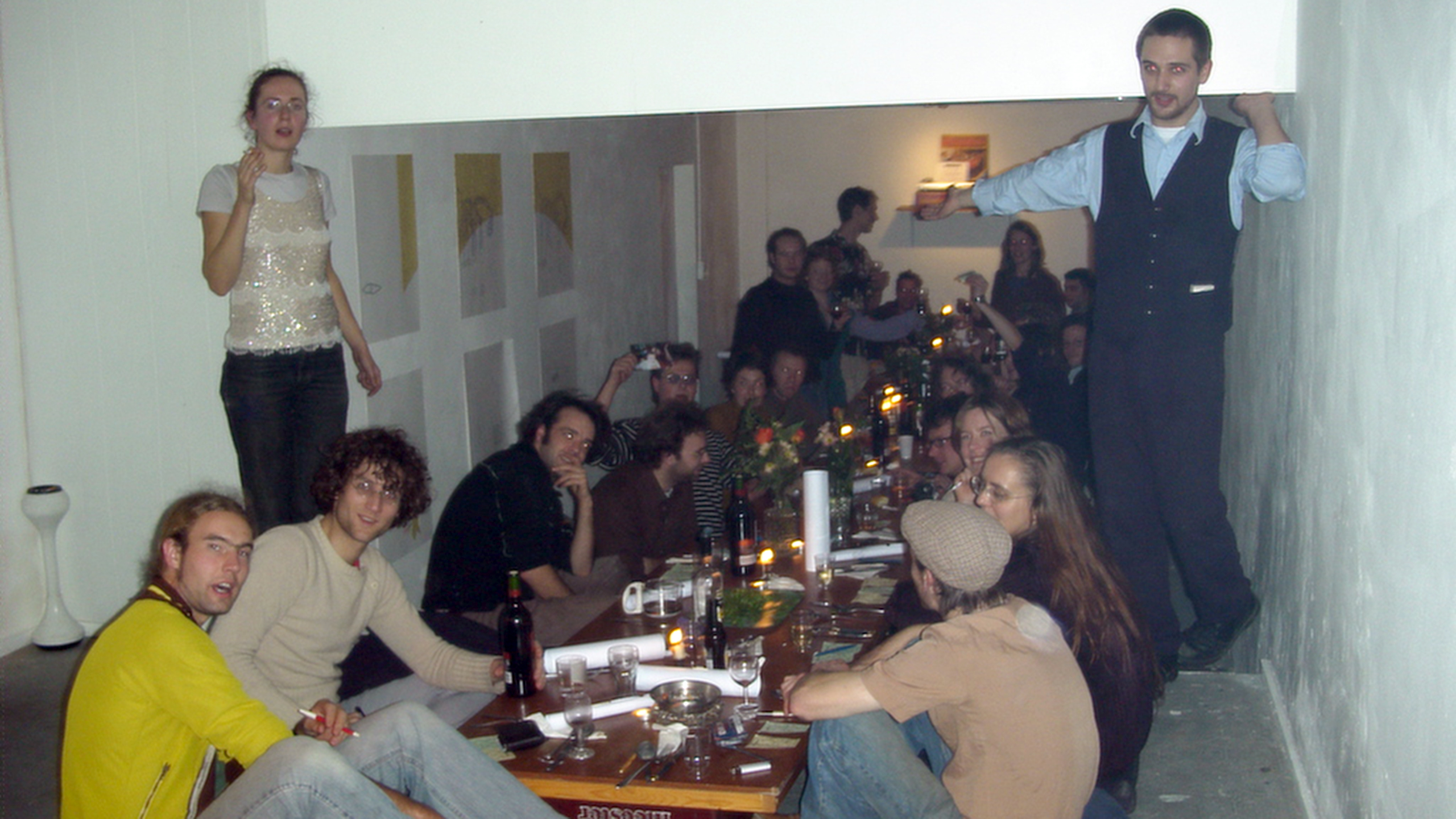 The projectspace was an artist-run space in Rotterdam that existed from 2002 till 2004. Every three weeks we organized a new exhibition. We designed the interior of the gallery in such a way that it reflected the history of the space. Before we initiated the exhibition space a fire had destroyed much of the inside of the building. We decided to keep some of the damaged elements as a way to question the idea of a neutral white cube. The main part of the new interior were layers of ceiling system, found in abandoned office buildings in the neighborhood. This created a tension between two spaces, the lower space (a white gallery space) vs. the upper space (blackened ceiling). The design of the gallery invited the participating artists to think about the autonomy of art. Participating artists could react on this or deny it. In September 2004 we staged the last show. In total 33 exhibitions were programmed with mostly local artists.