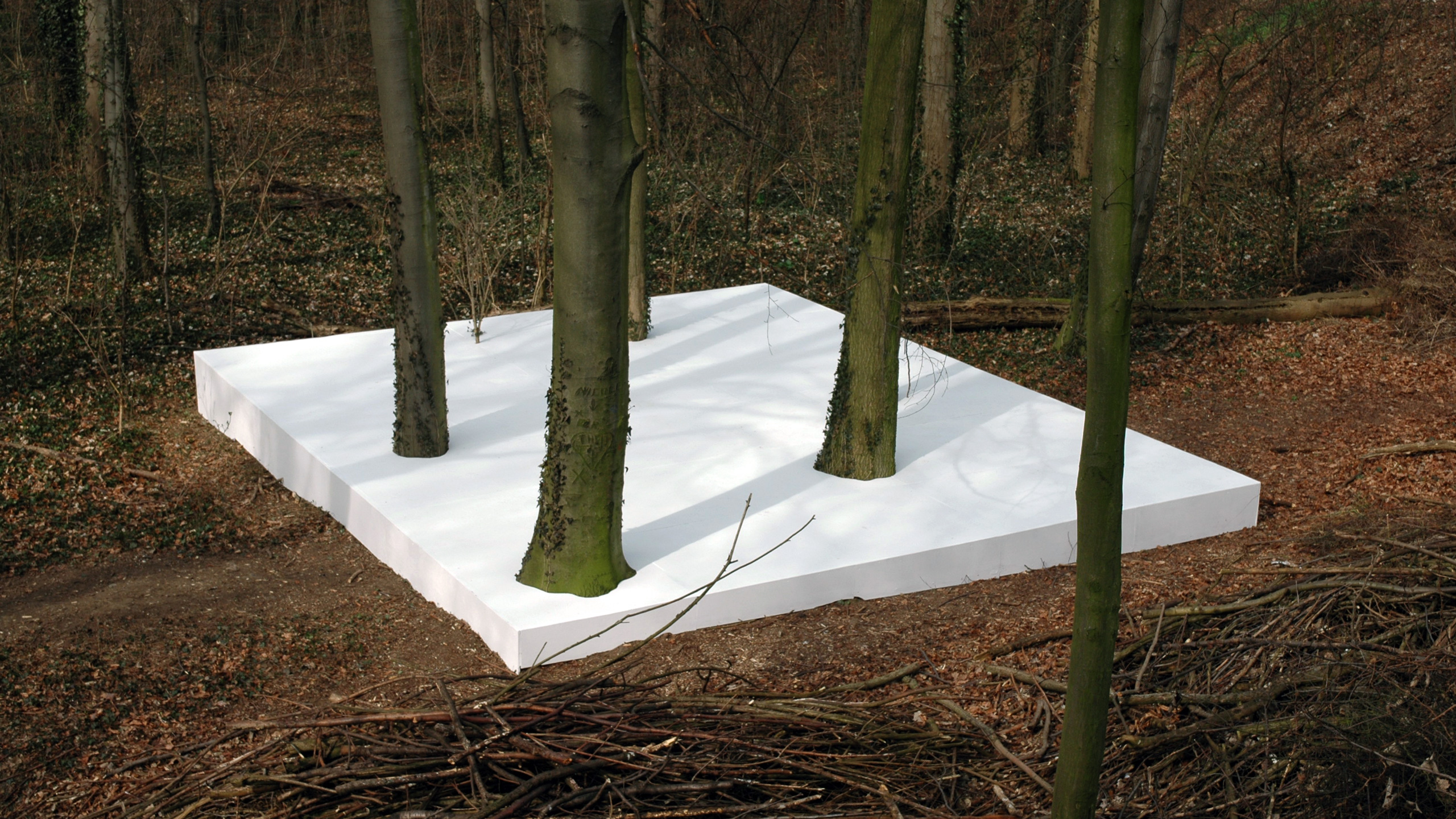 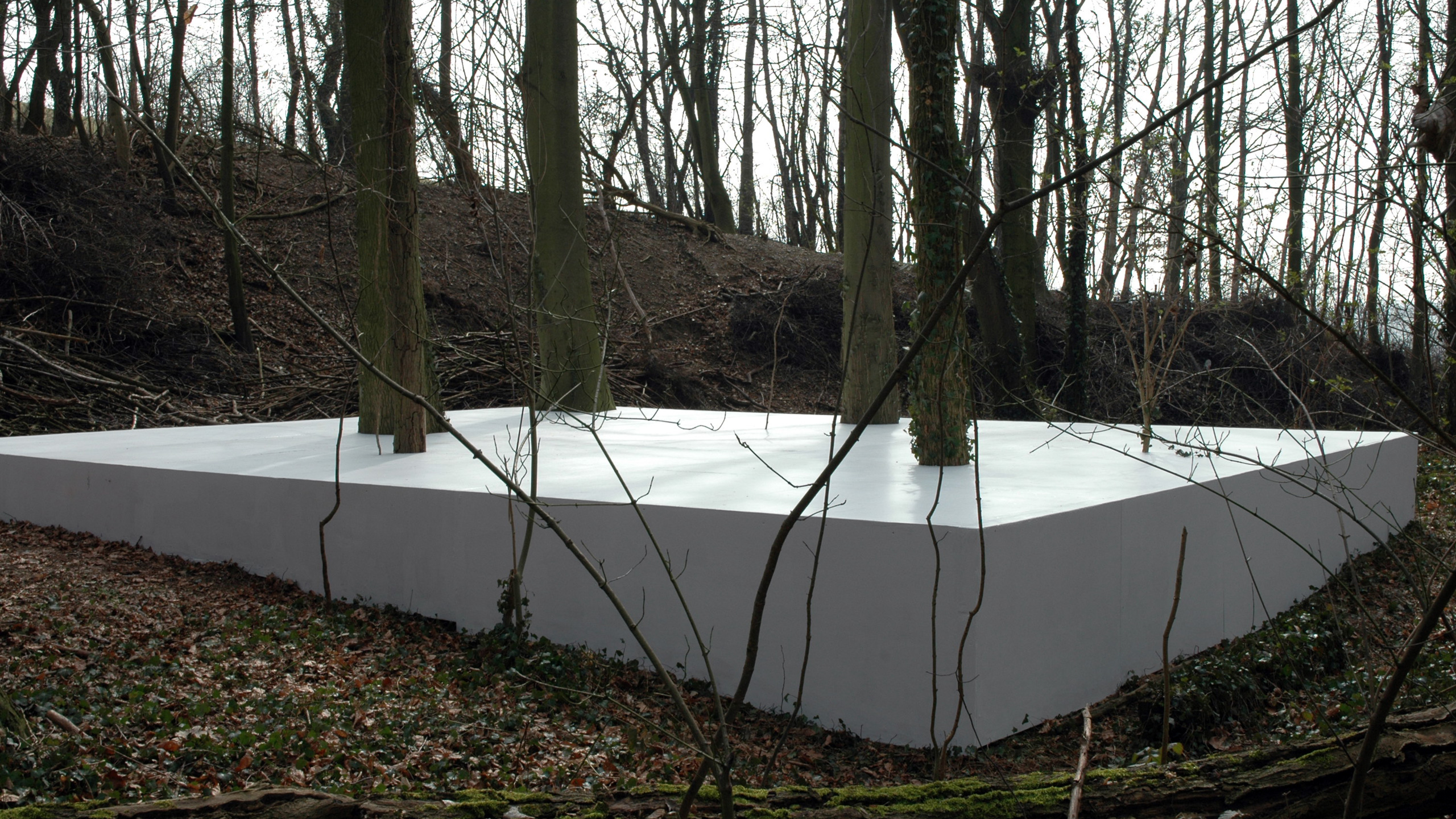 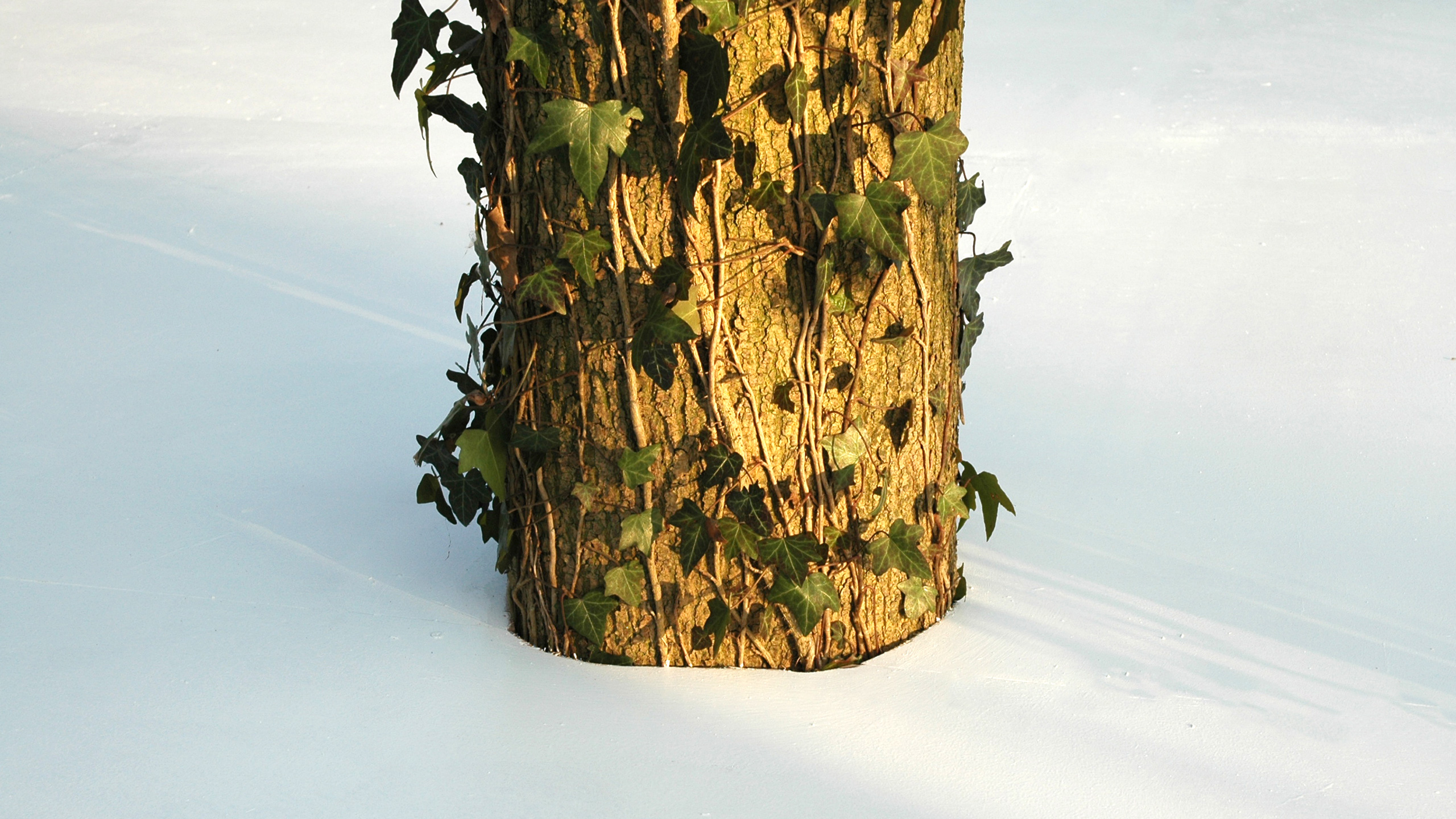 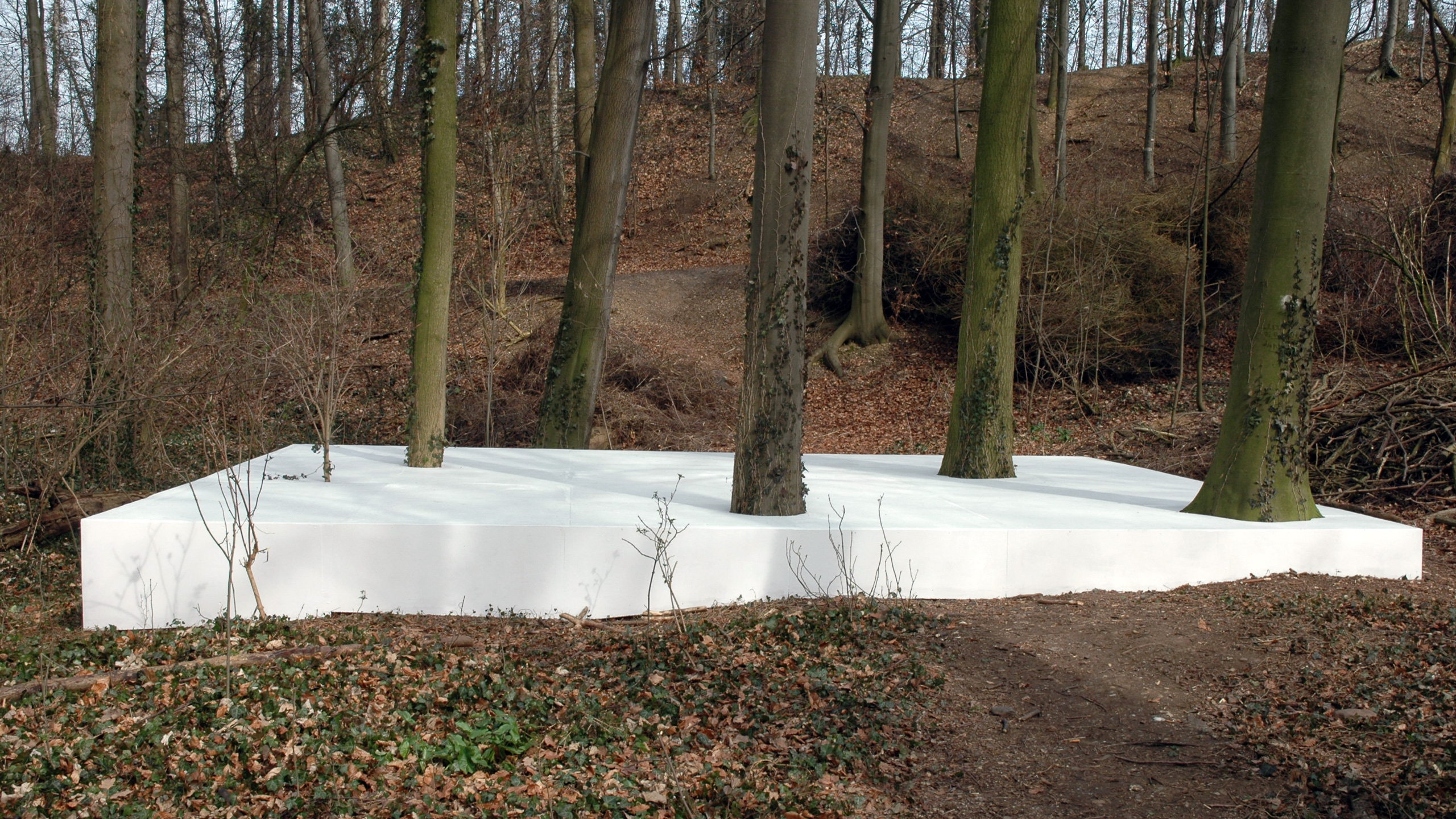 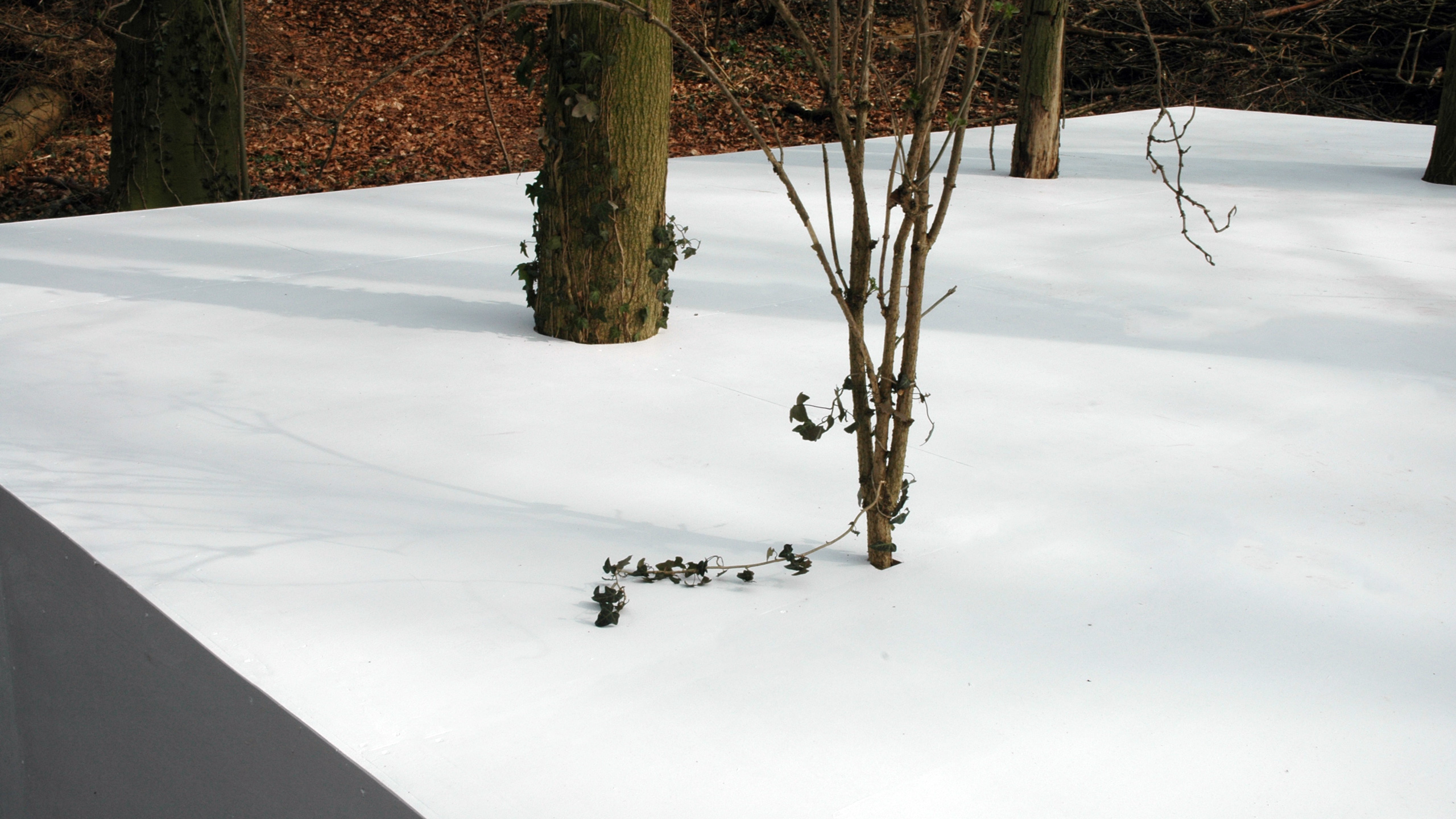 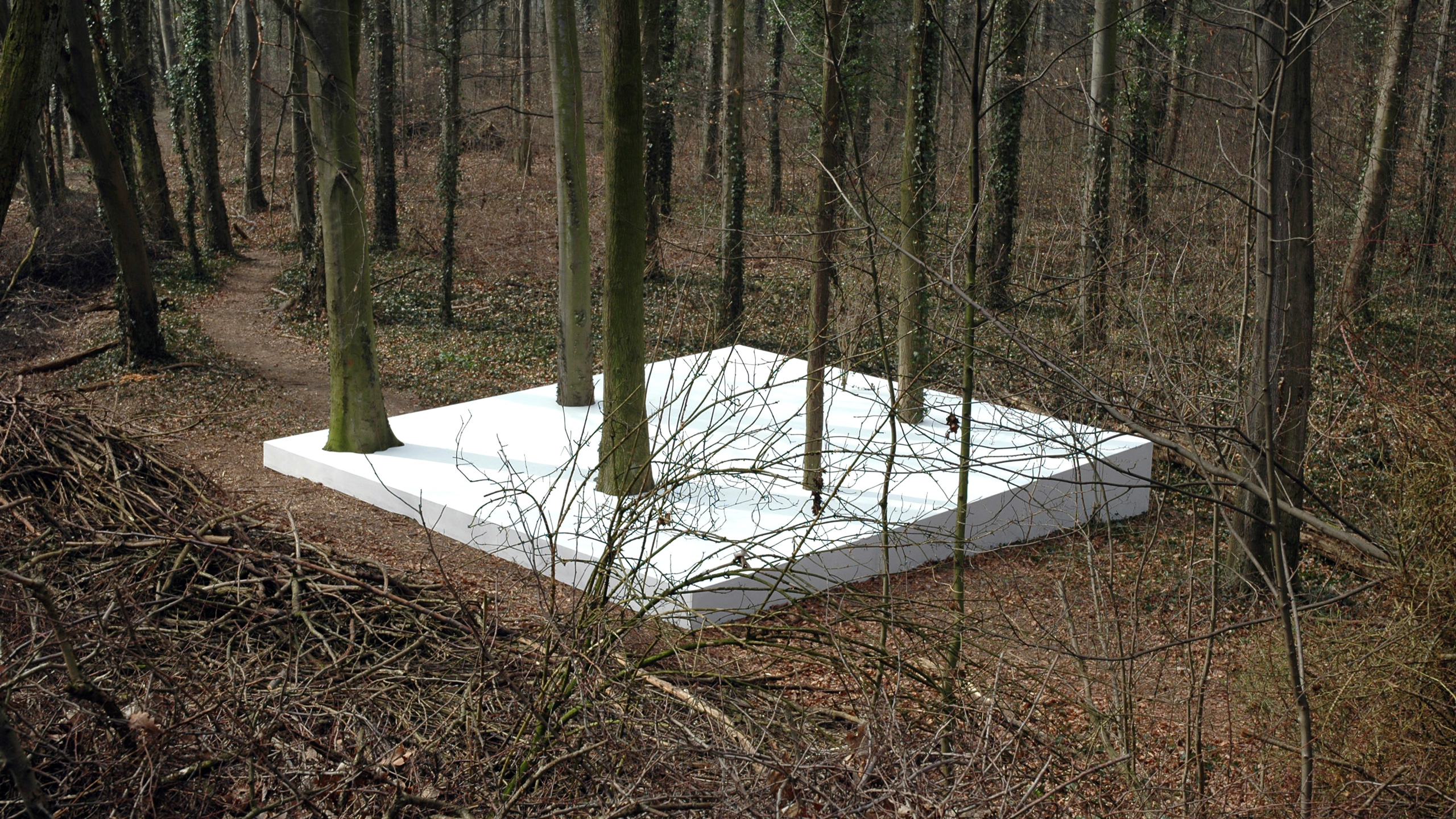 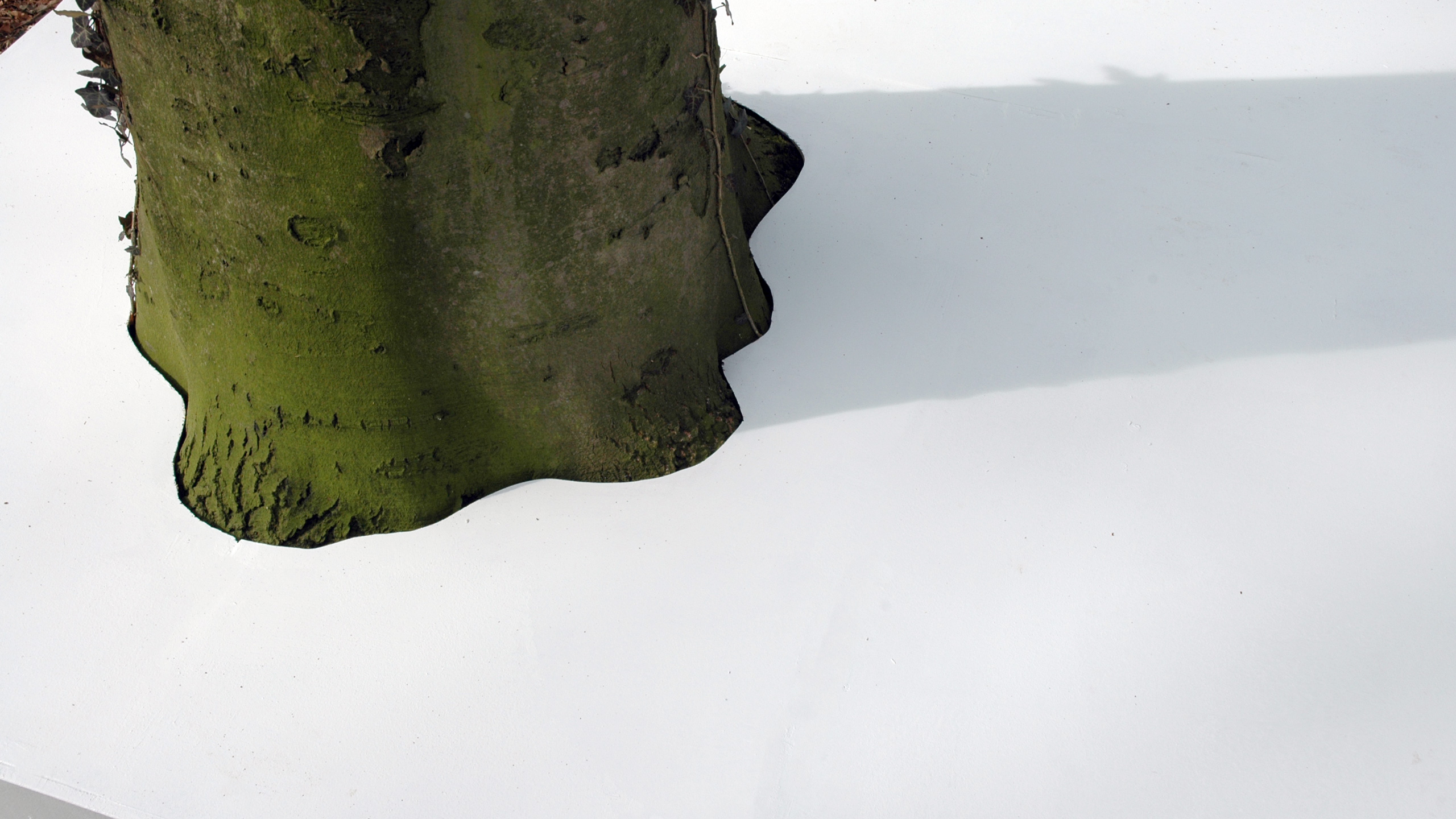 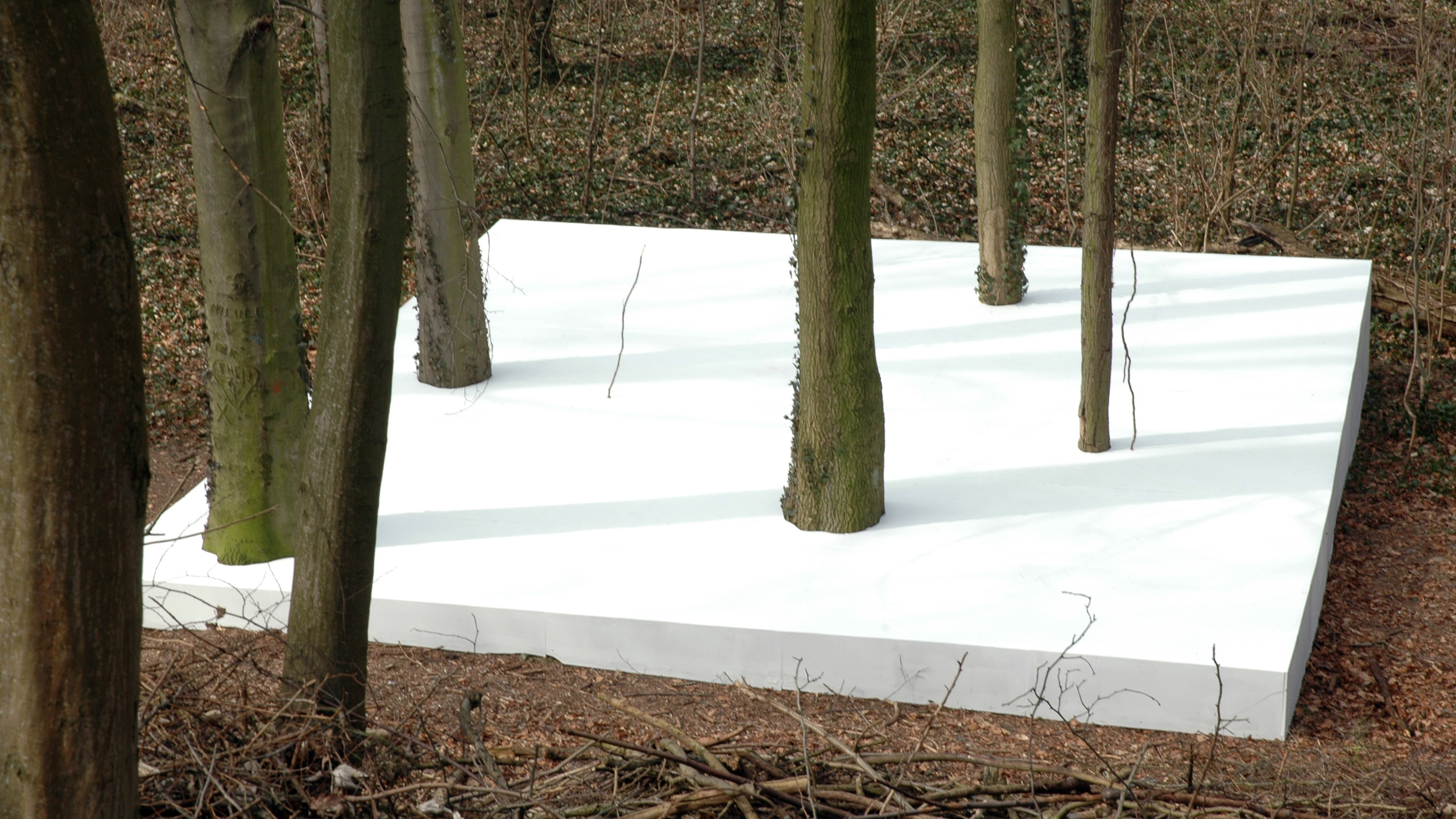 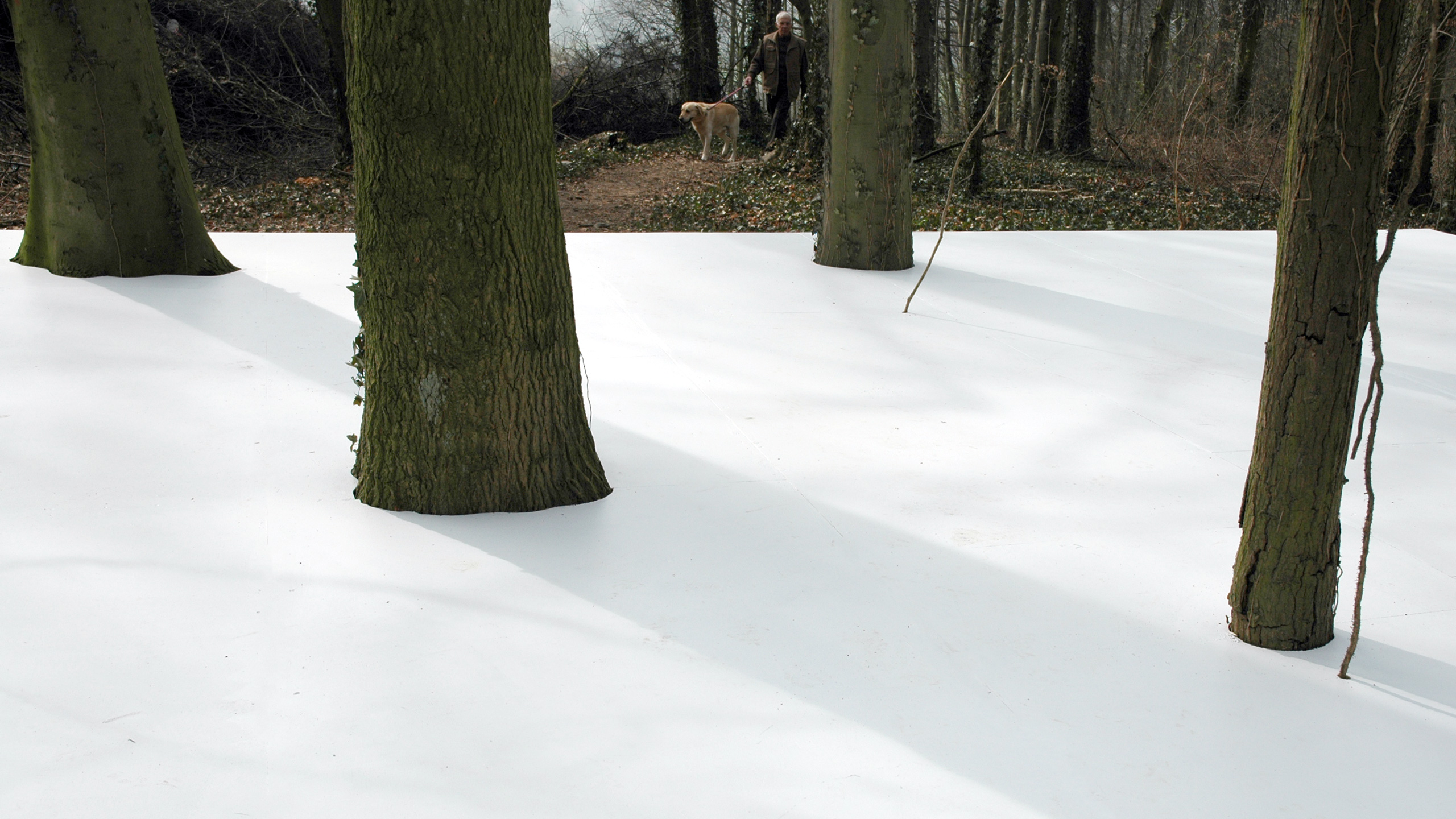 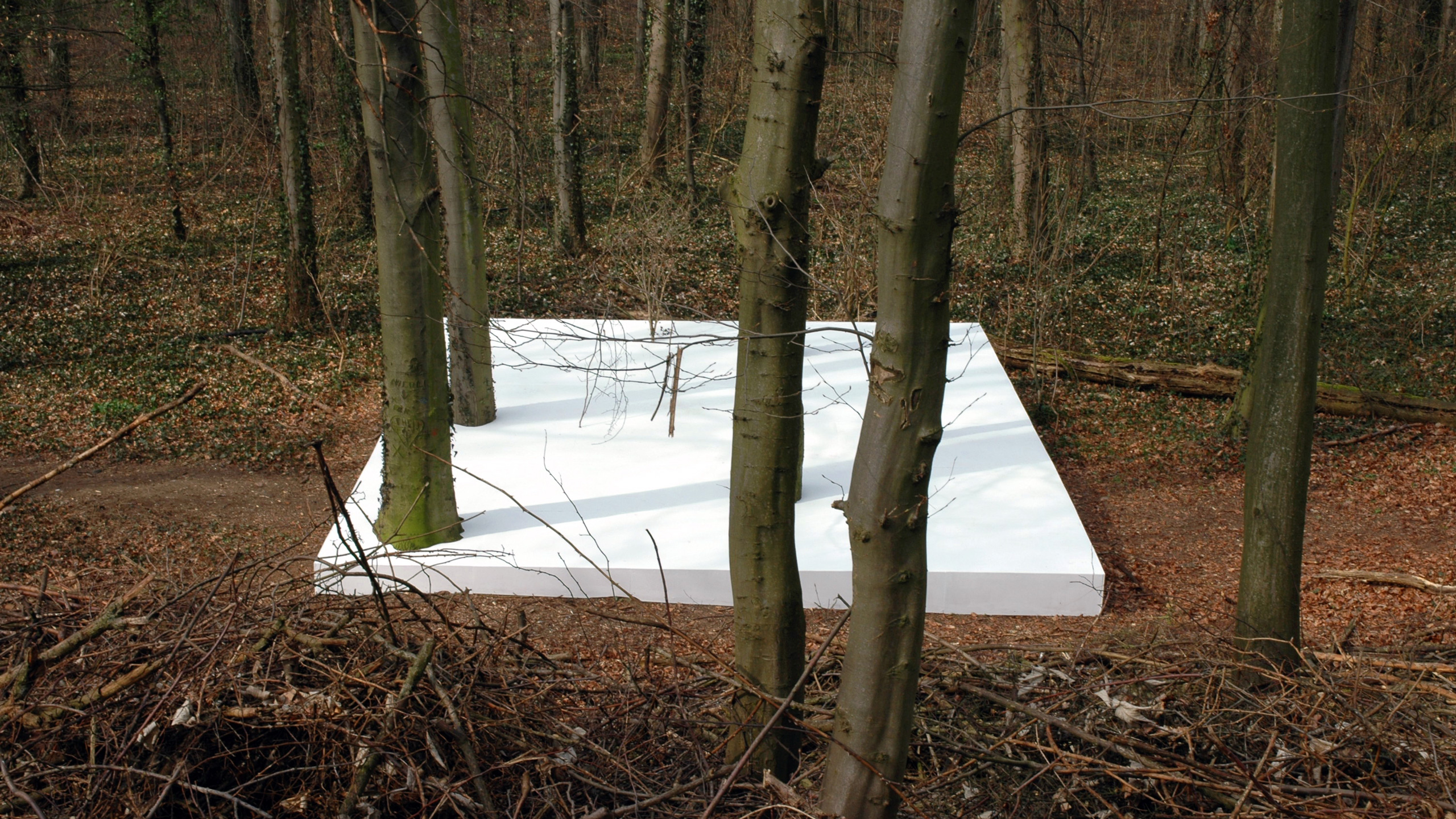 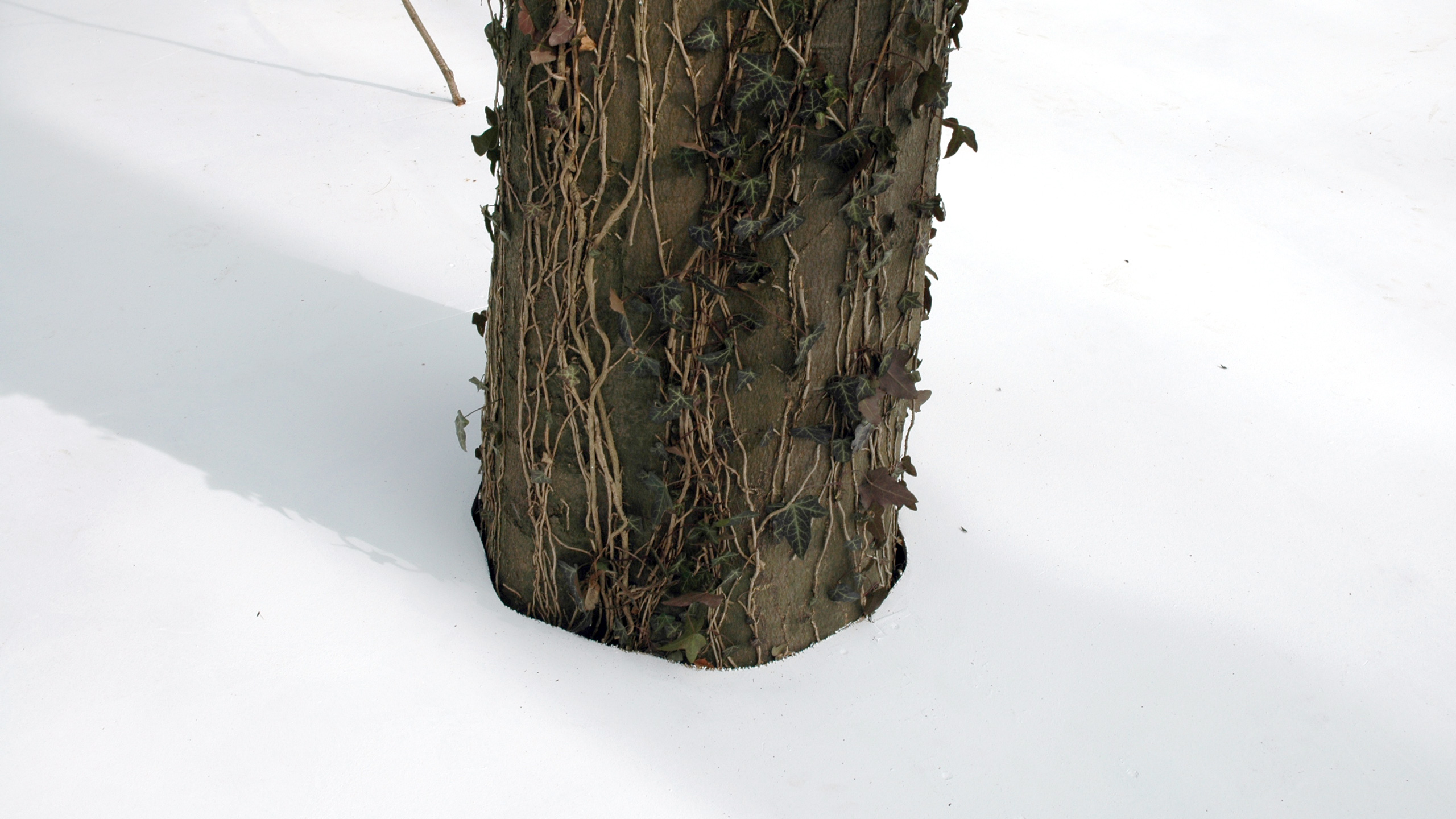 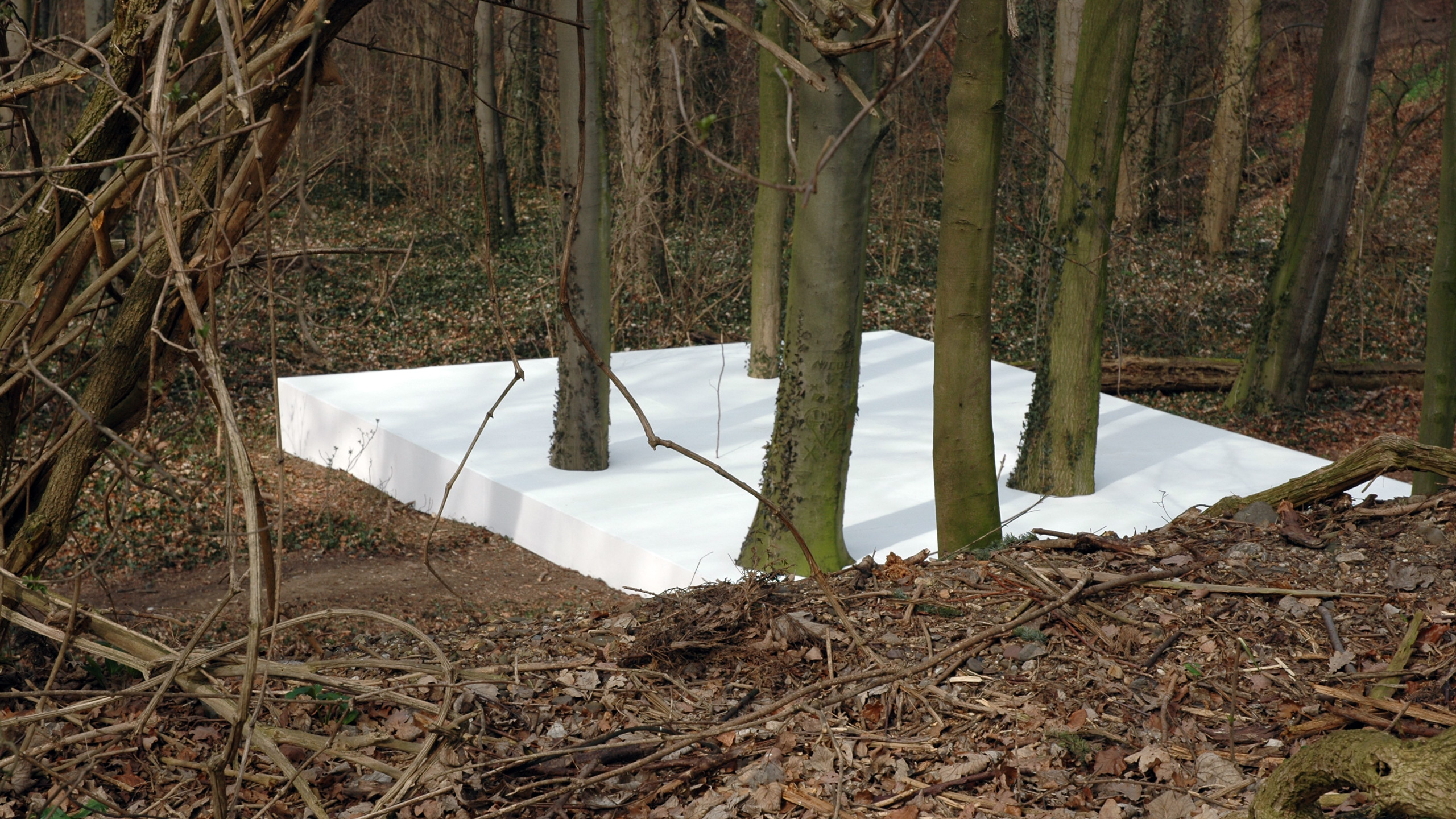 This work was made within the context of a cultural festival, sponsored by the local cement factory. For many years there had been heated debates between ecologists and the factory about the disruptive nature of the local lime quarry. In the past the quarry and the surrounding forest was often used for illegal rave parties. The project ‘Rave Nature’ reflected on this particular history by constructing a white platform in the forest near the quarry to be used for an event as part of the festival. The visitors of the festival arrived at the site after a 10 minute walk to be suddenly confronted with the white stage on which we had installed disco lights, smoke machines and a sound system playing loud rave music. After a few minutes everything was turned off, leaving the audience in total silence and darkness.