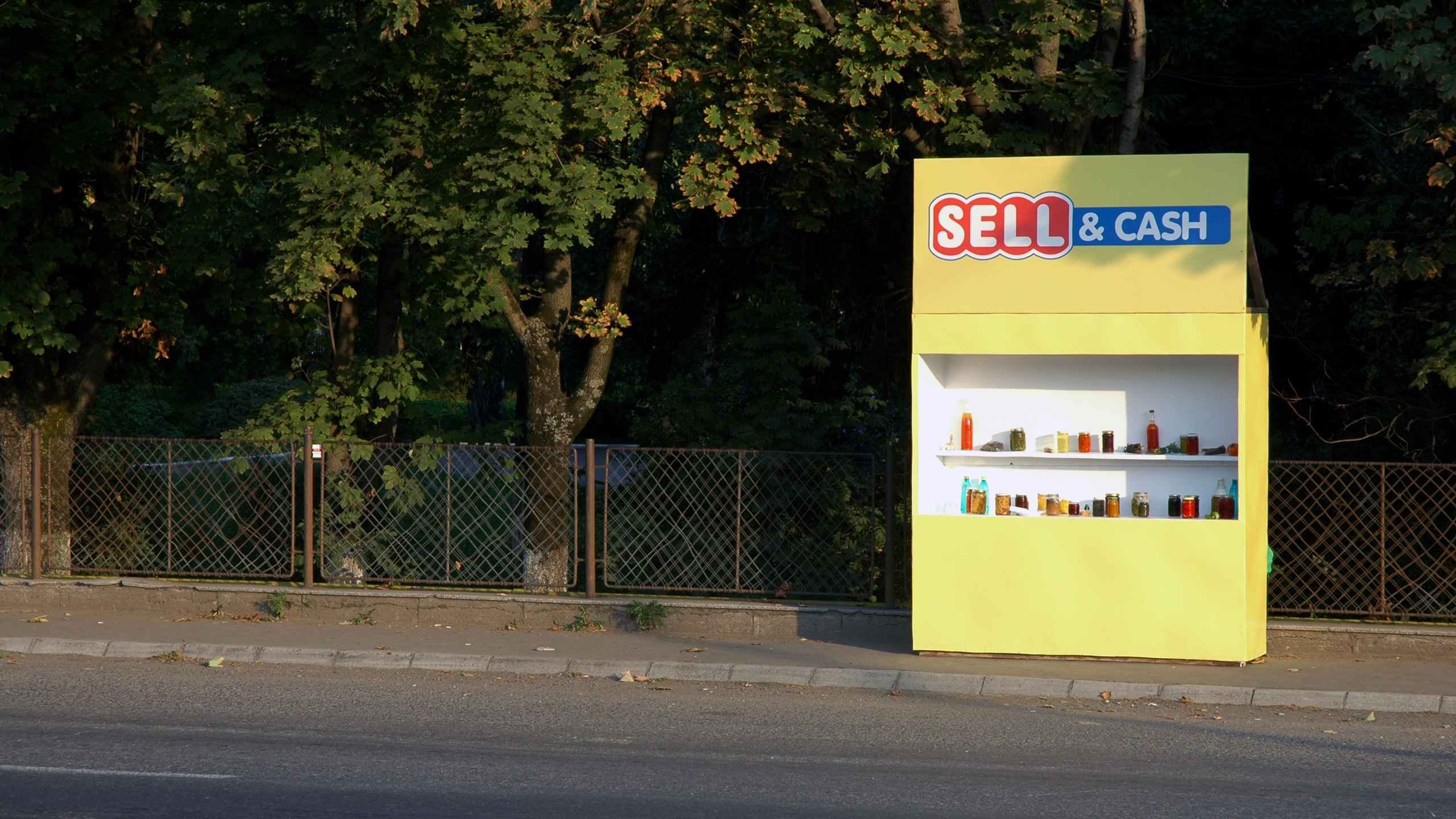 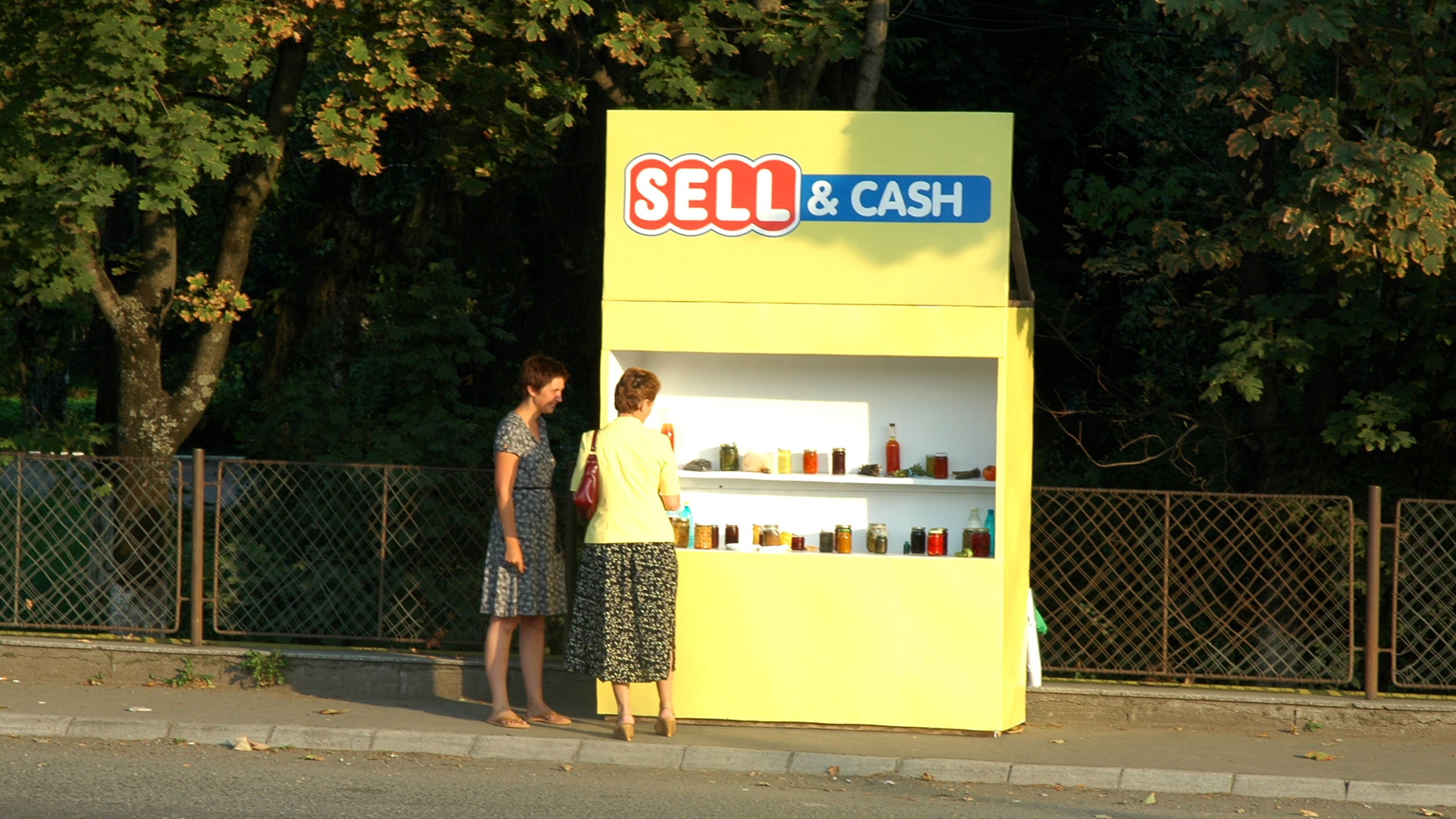 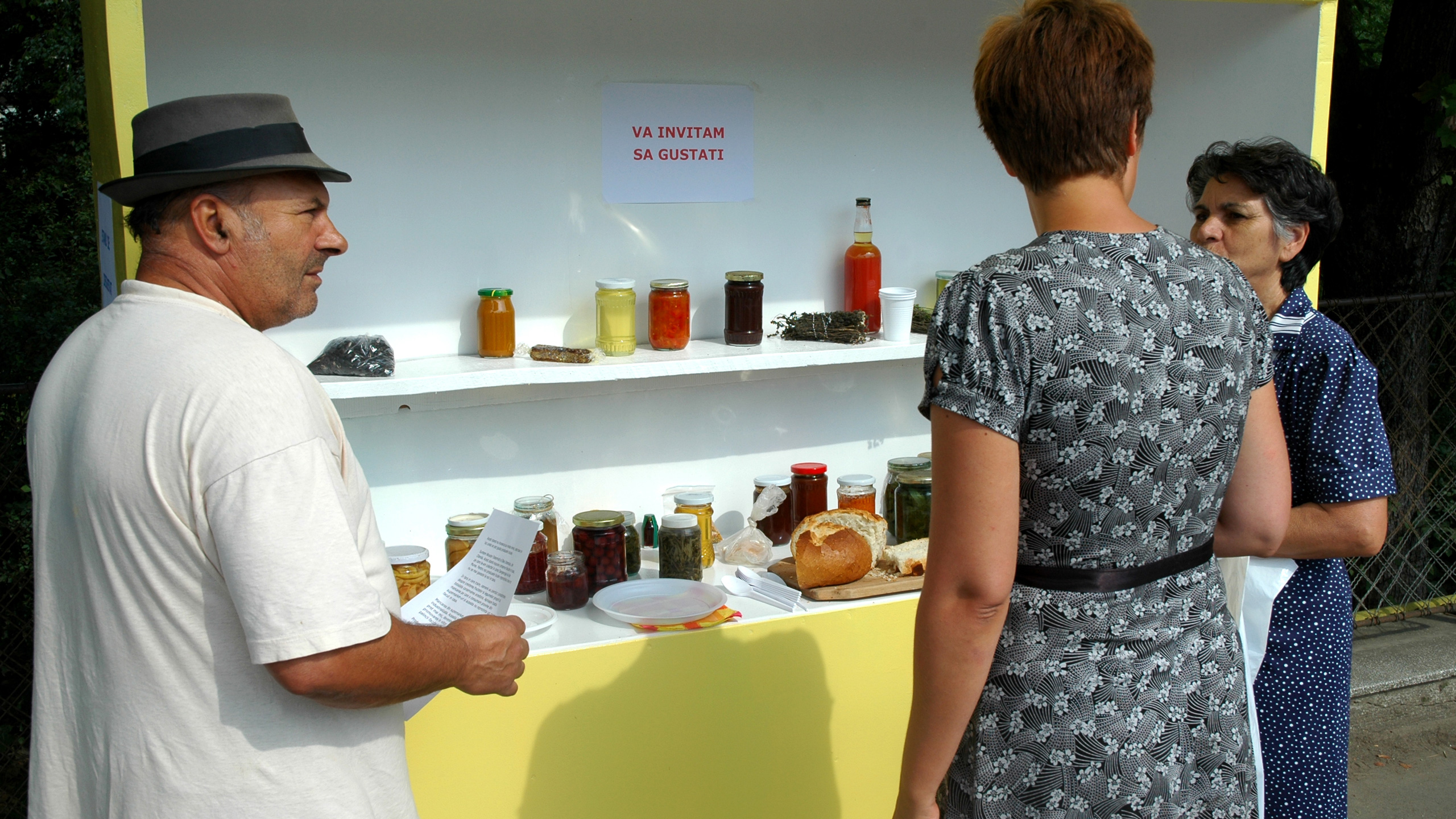 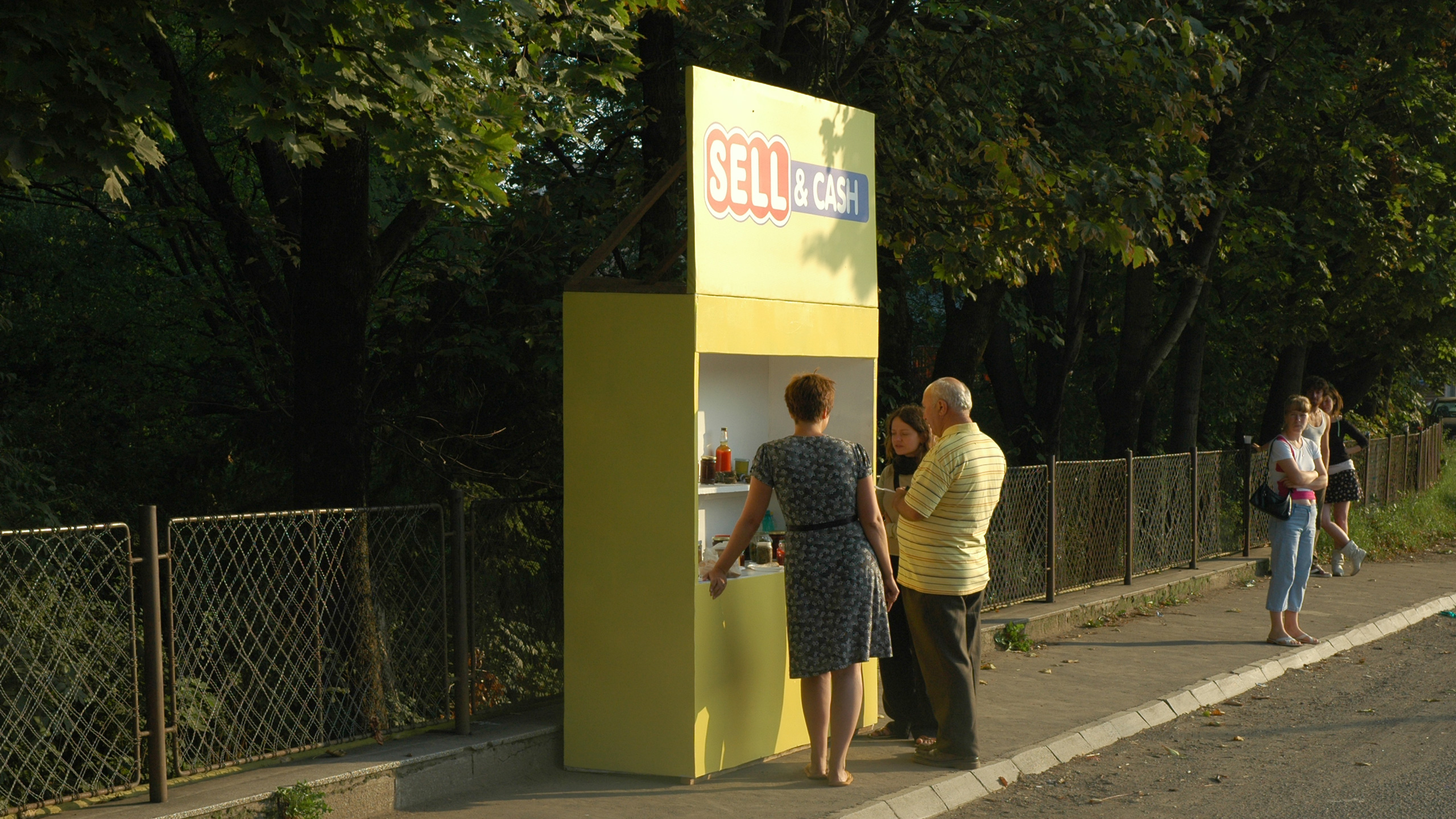 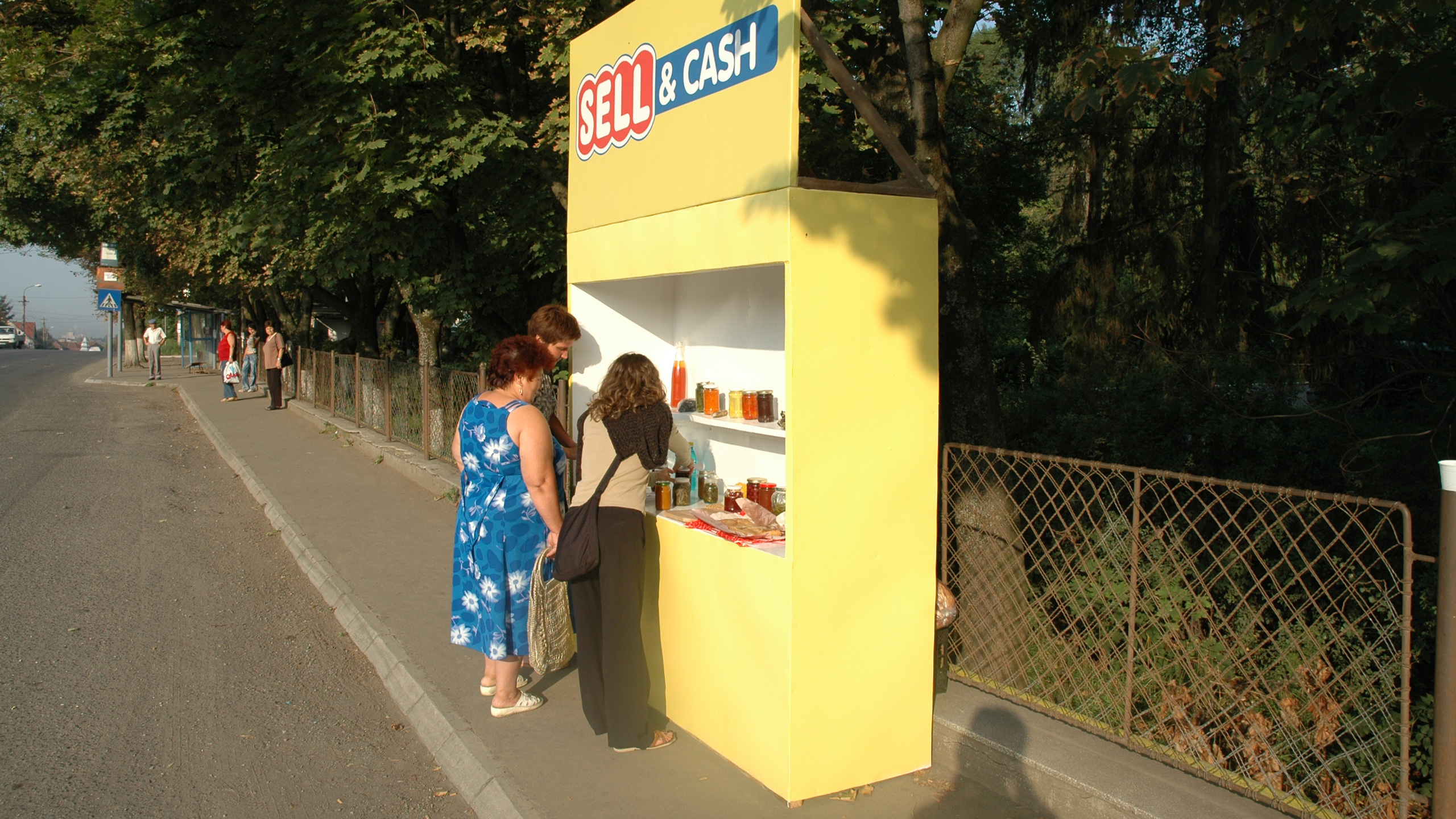 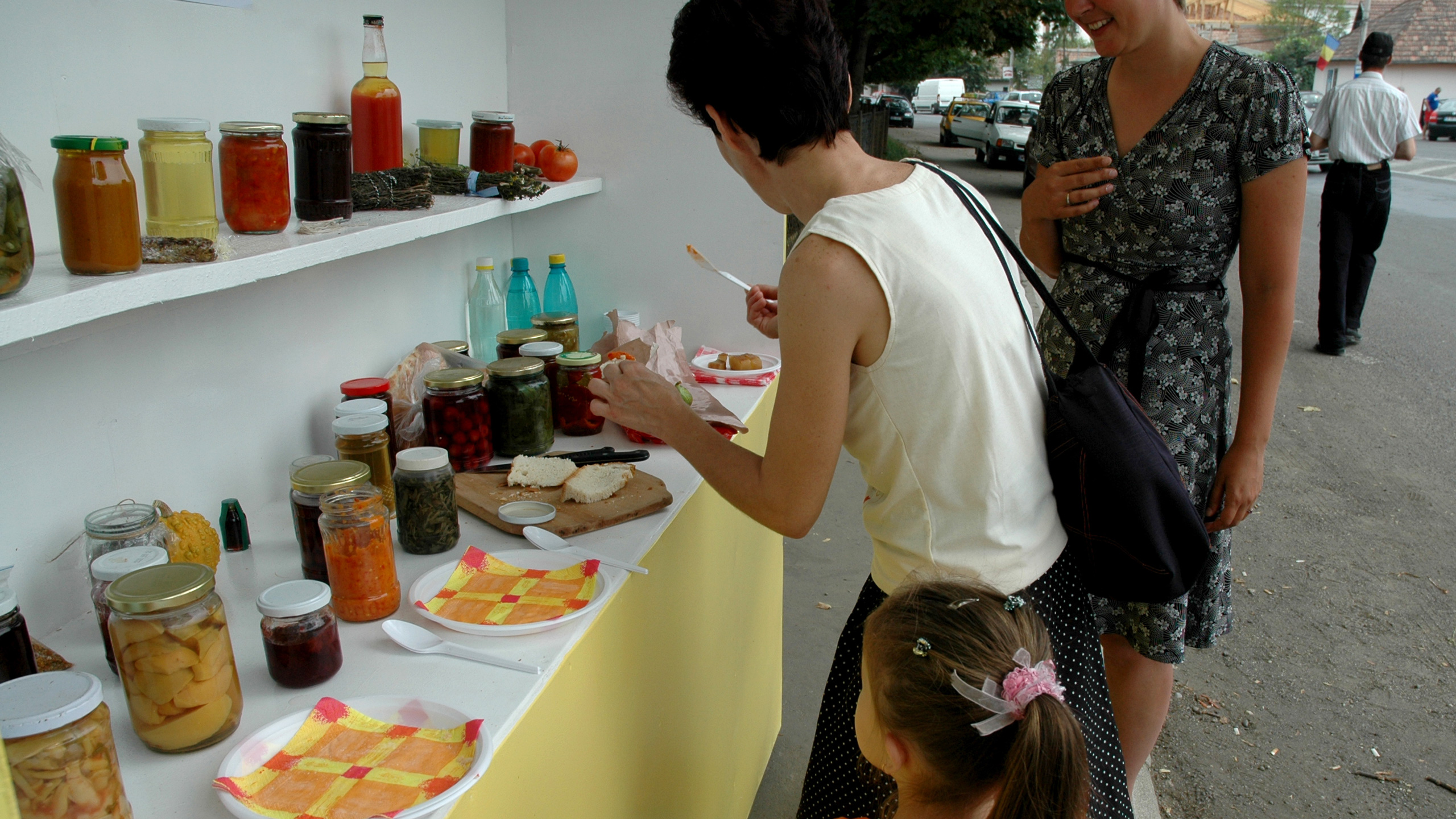 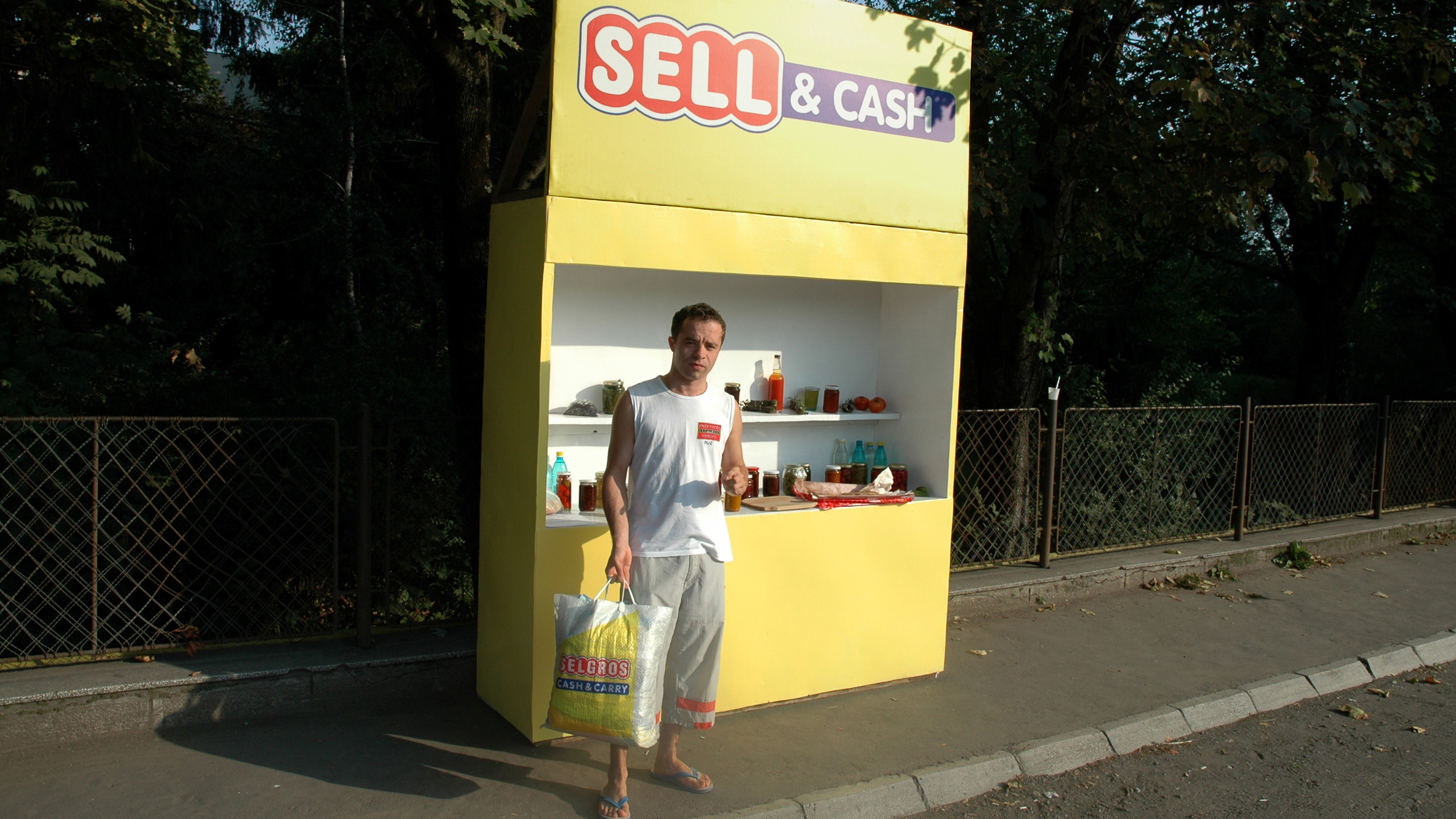 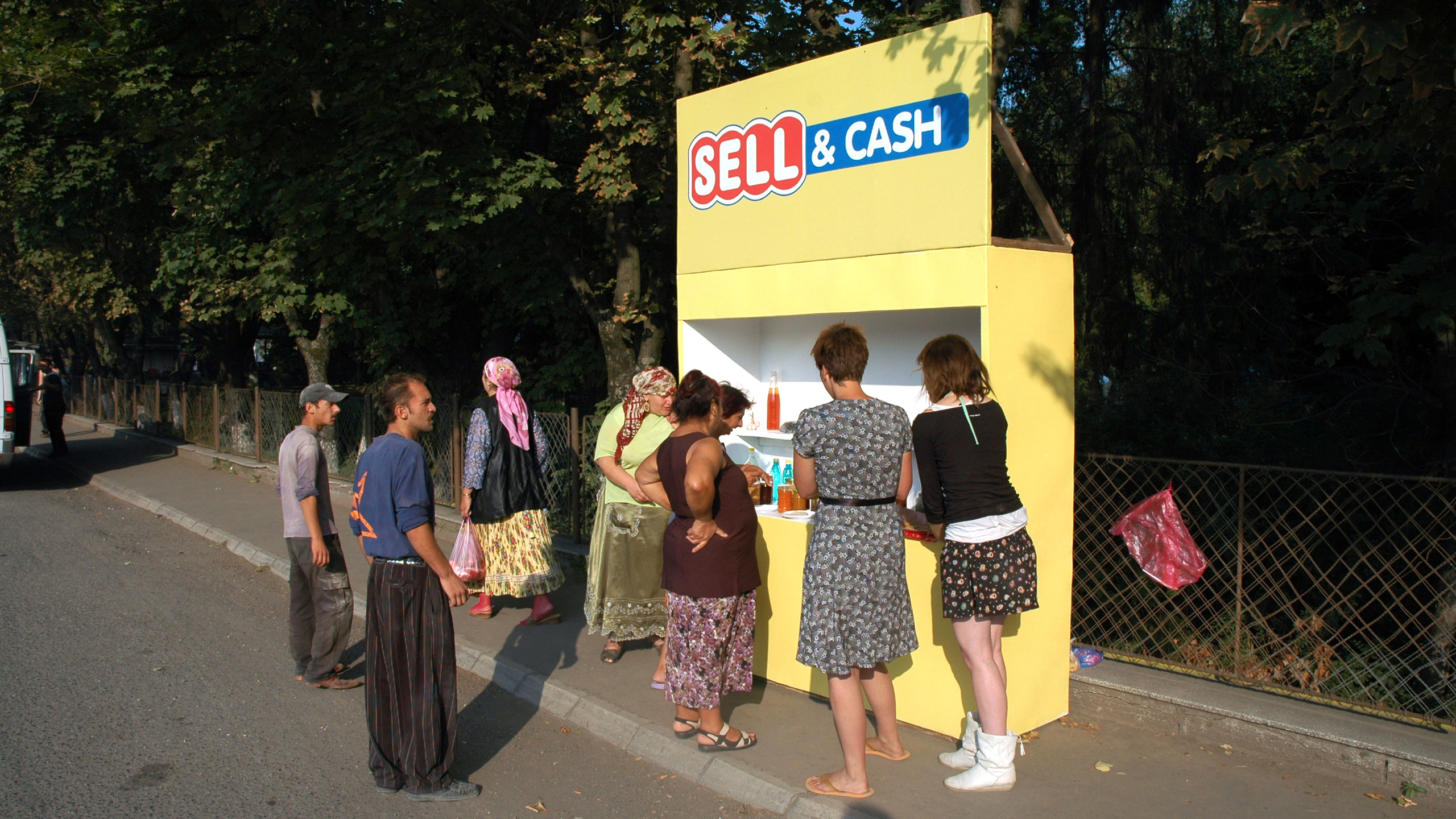 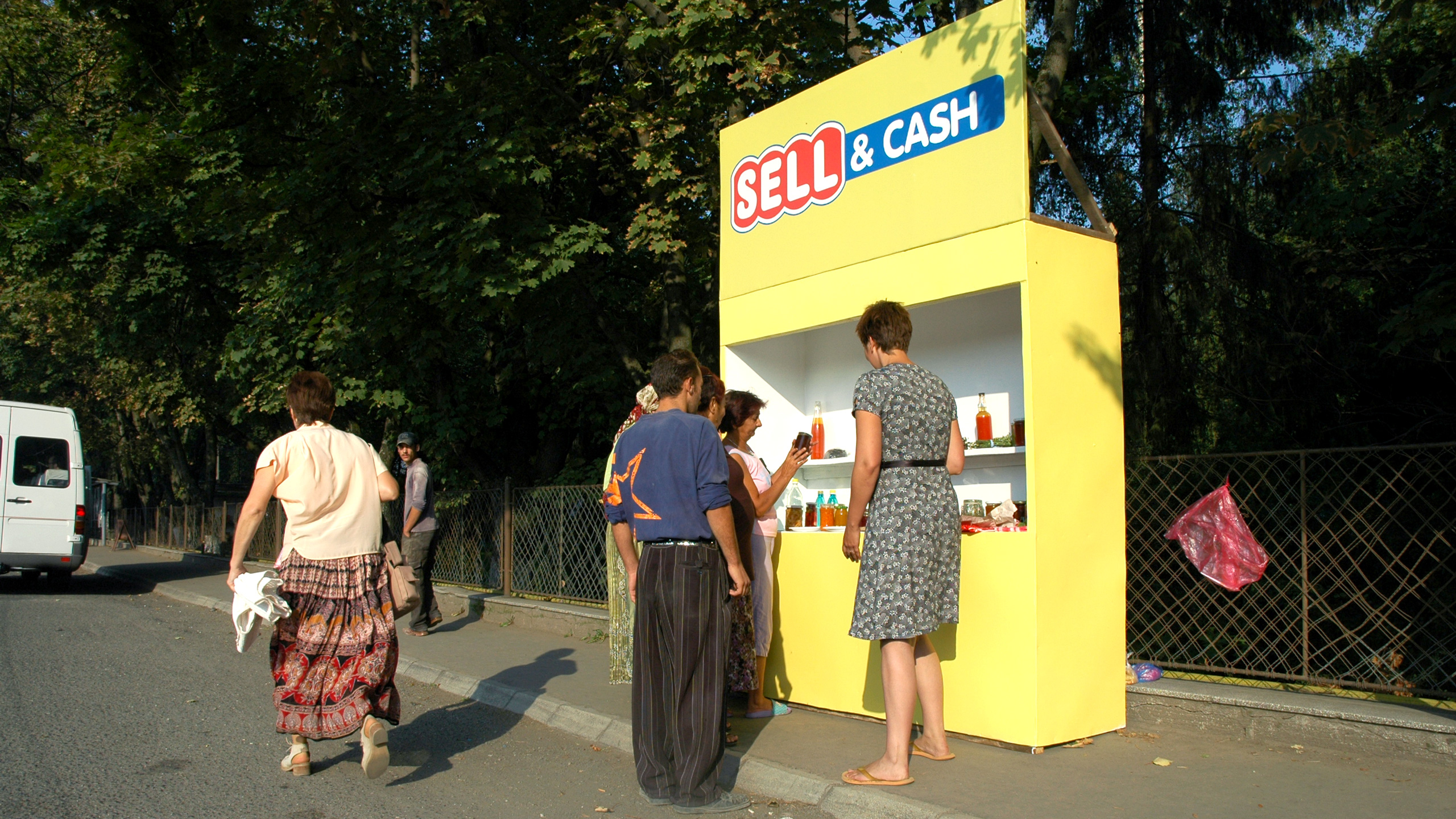 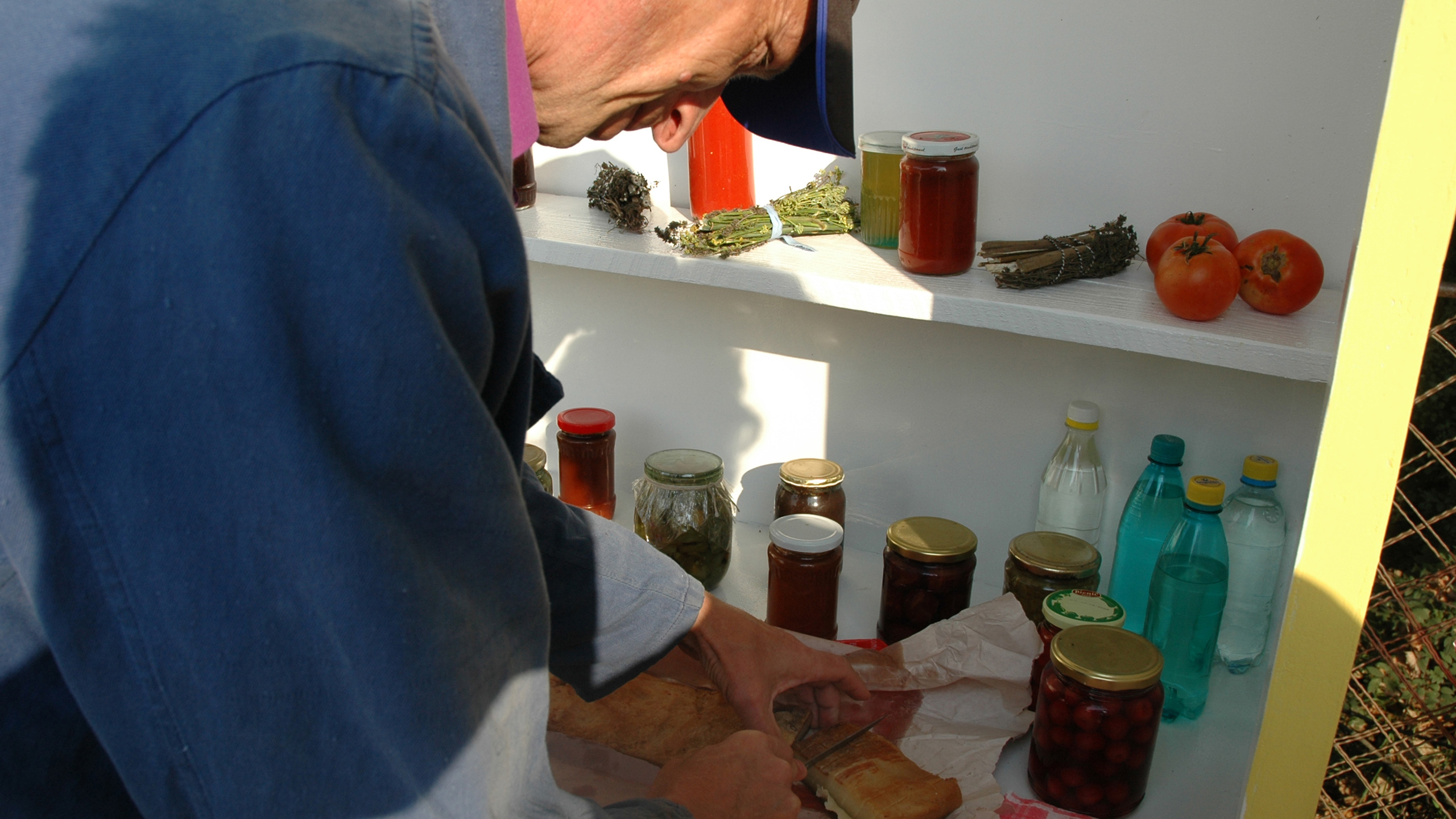 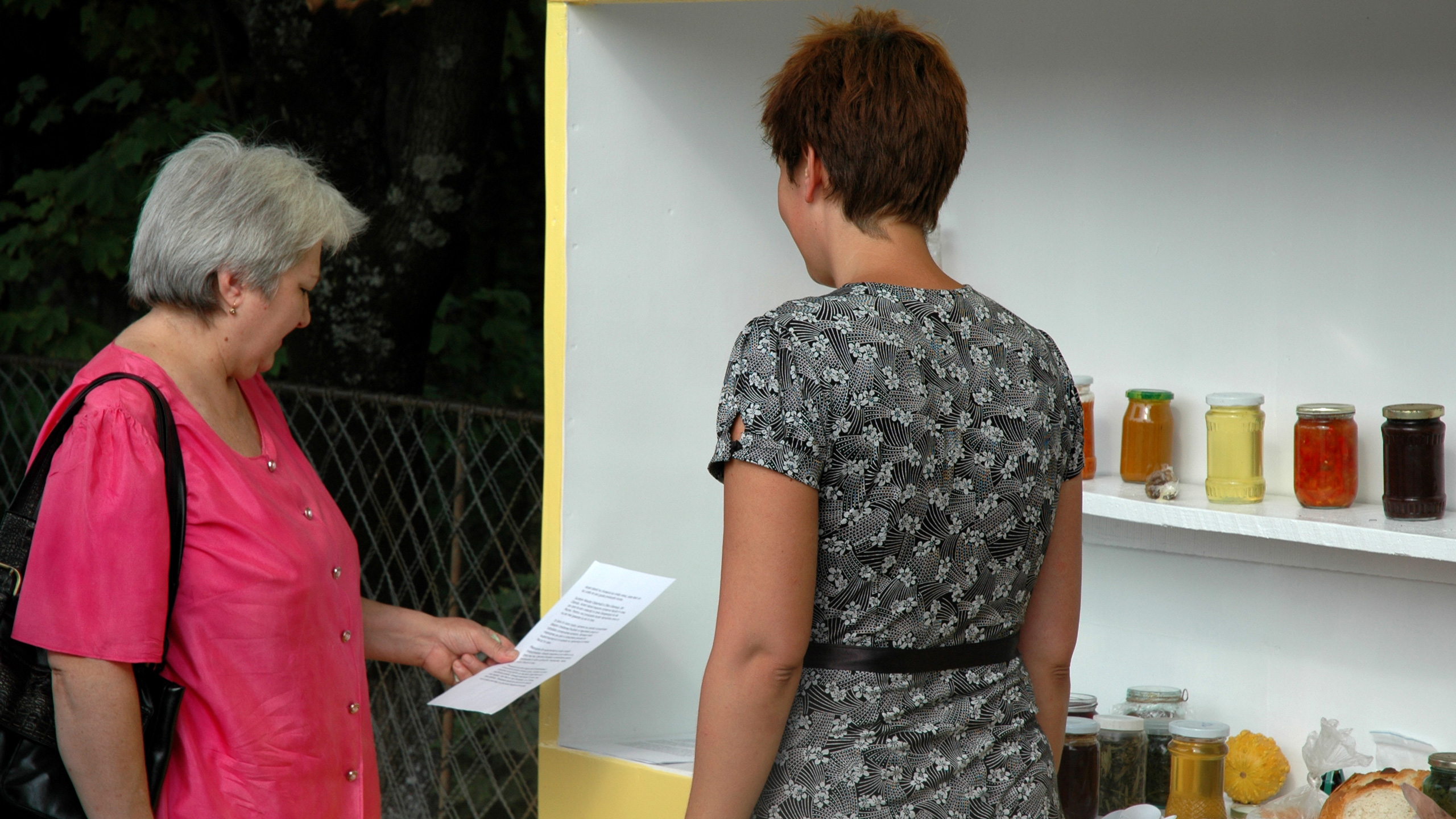 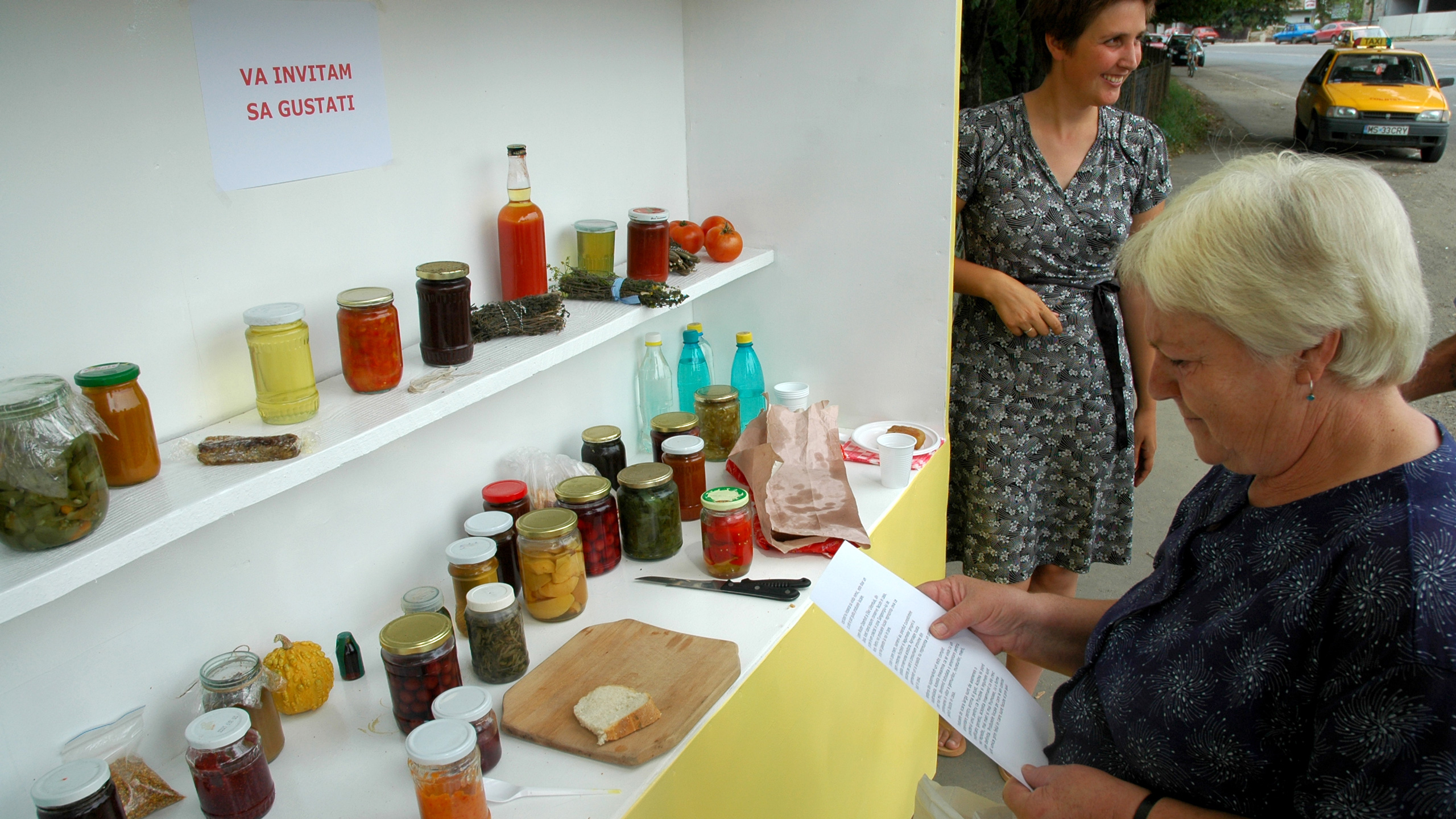 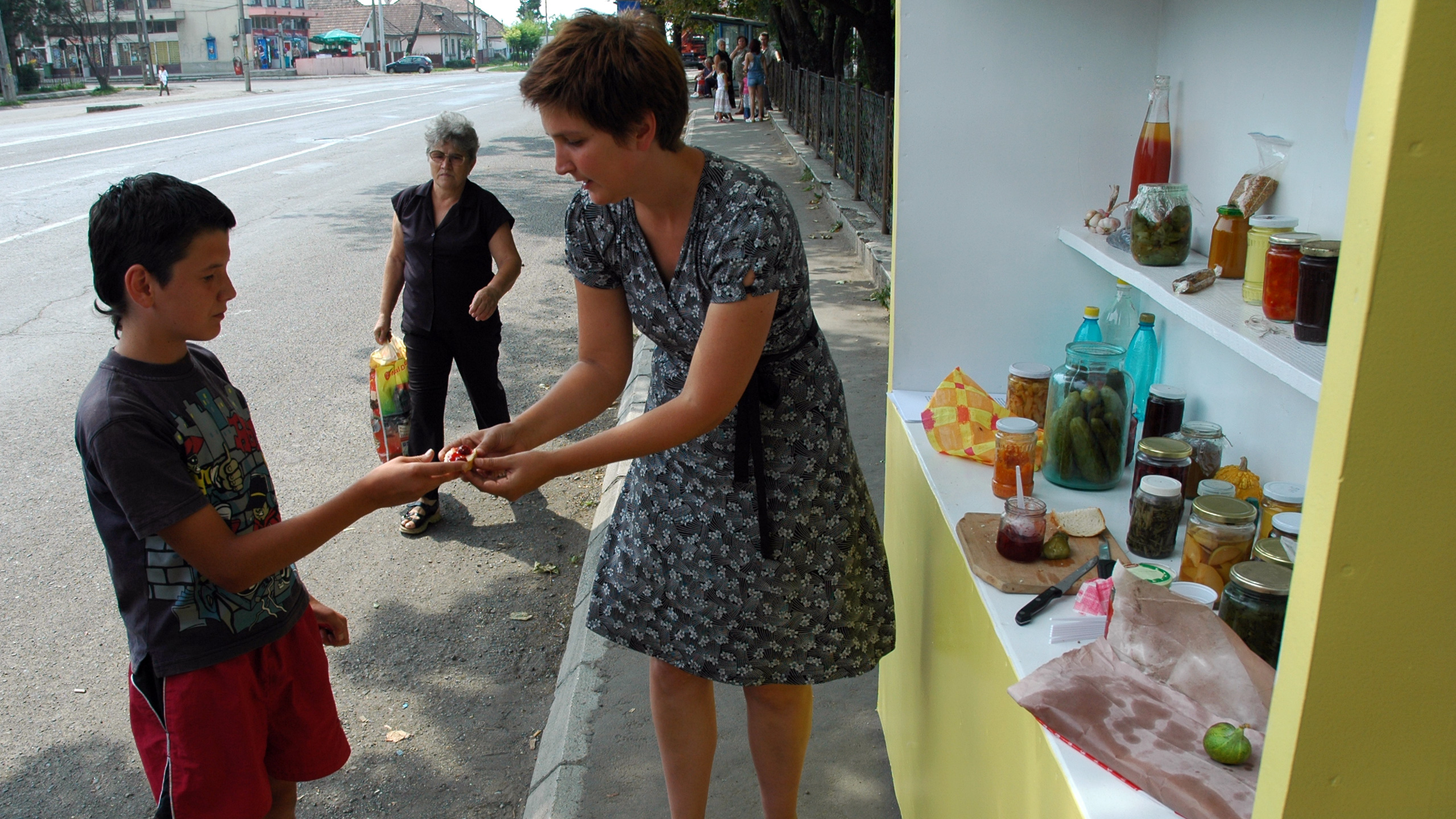 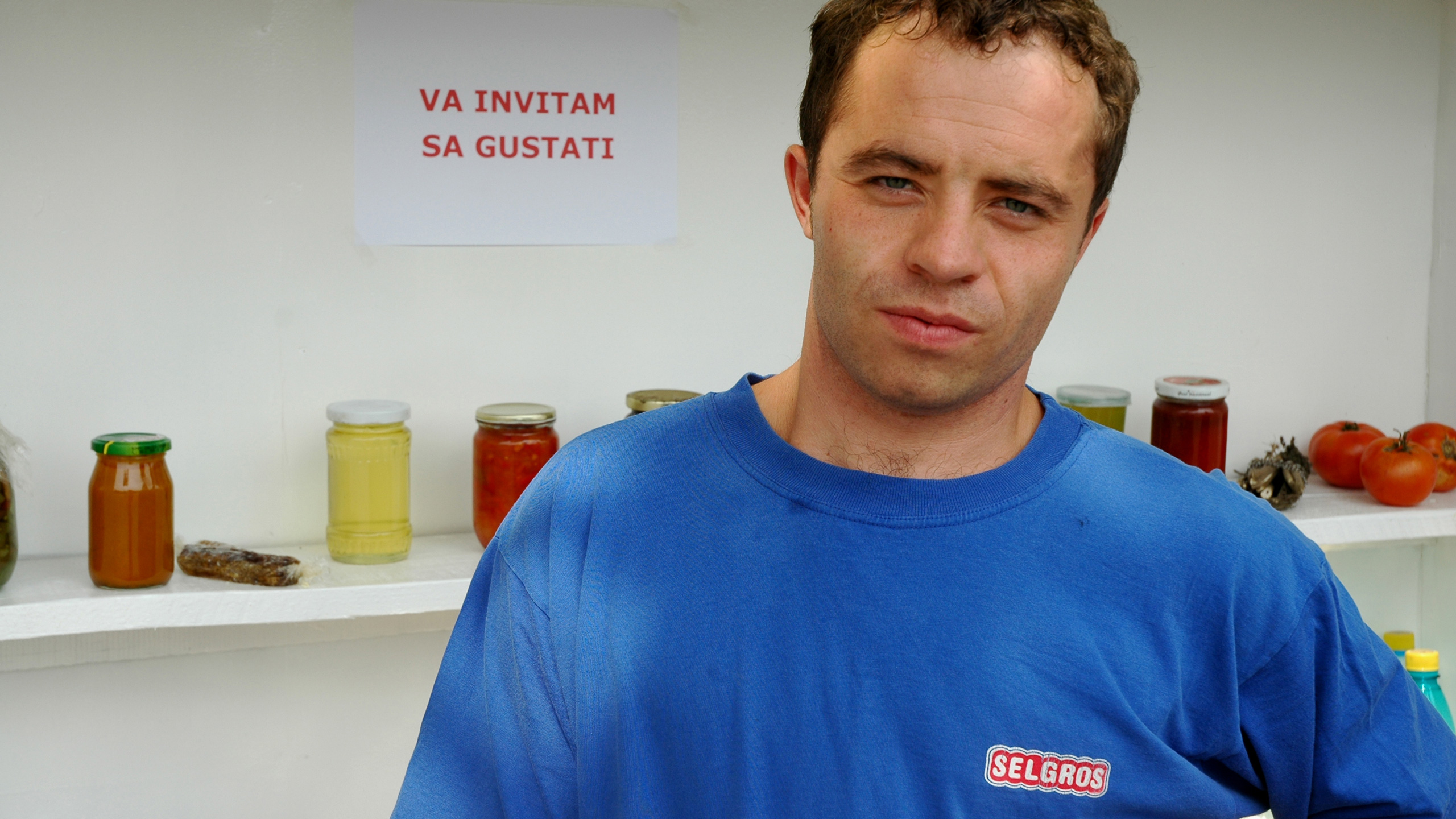 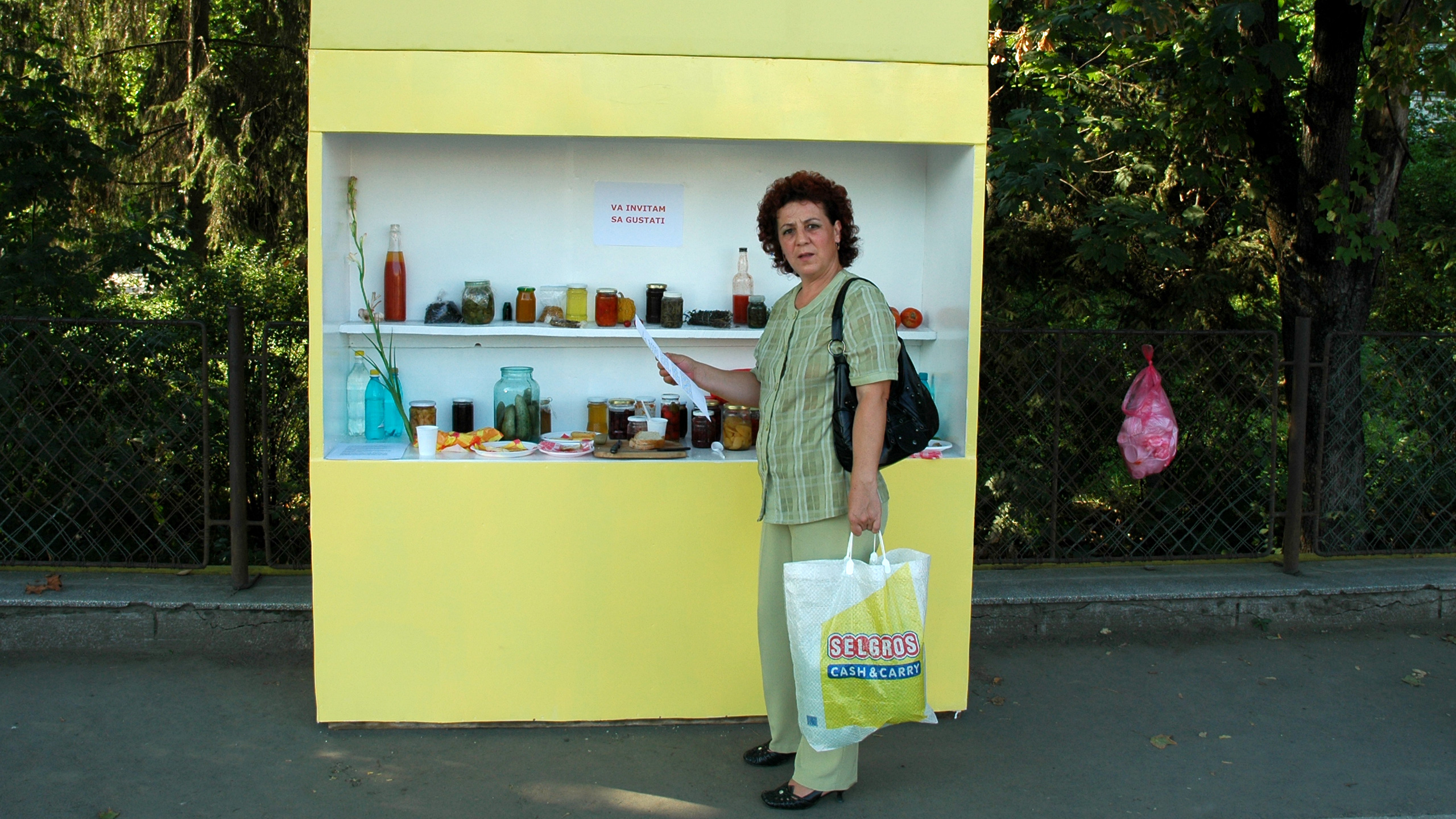 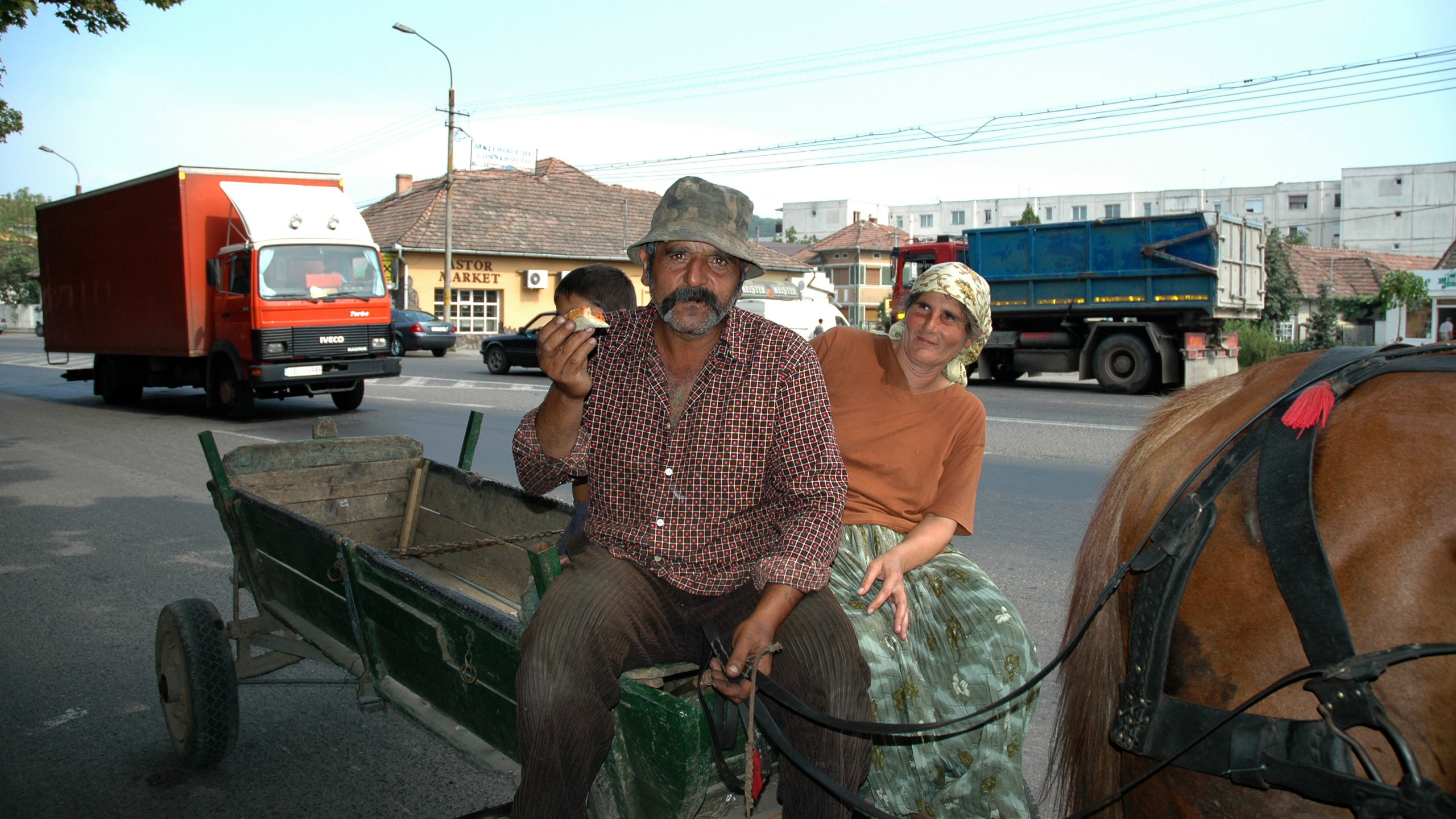 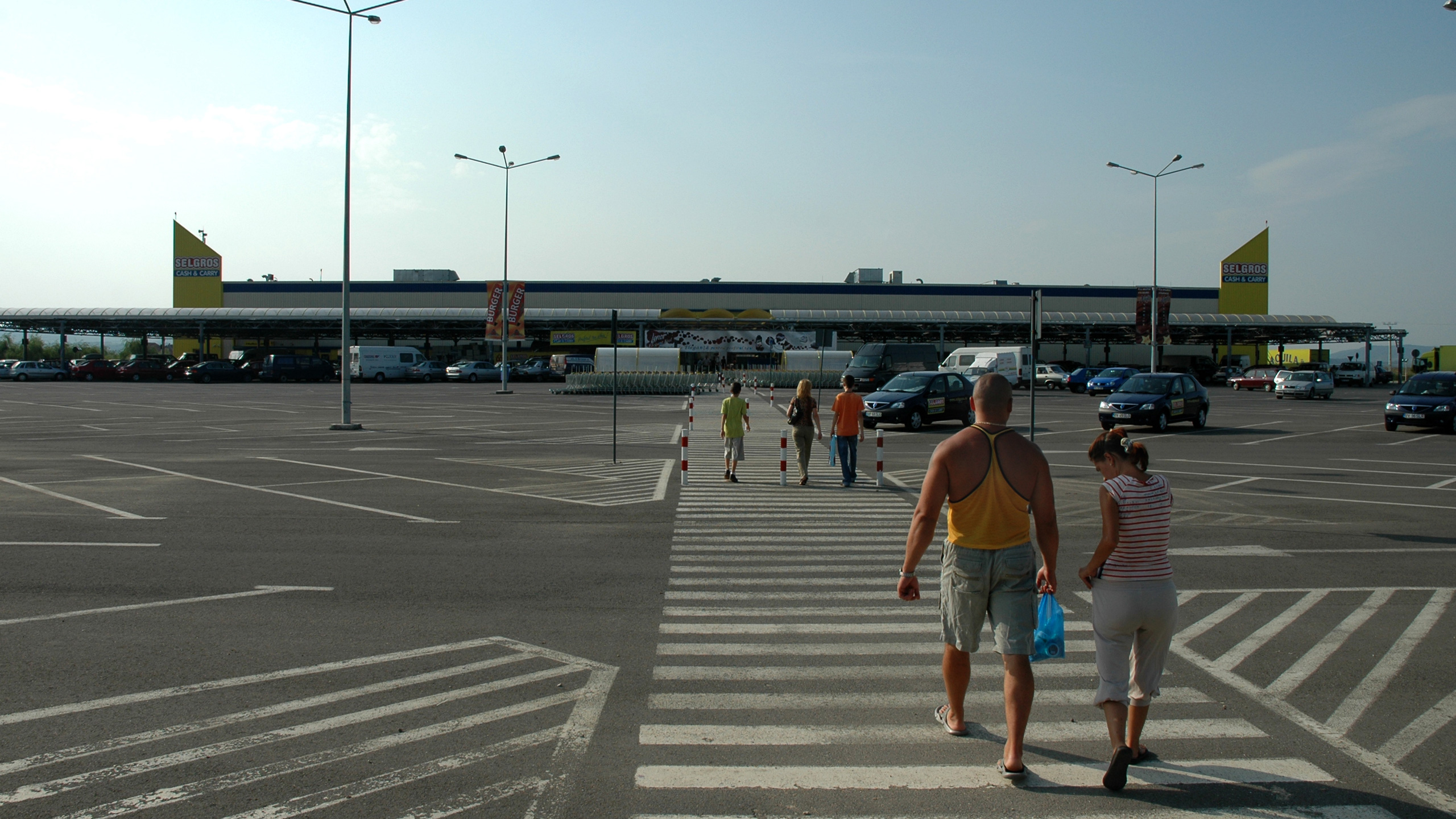 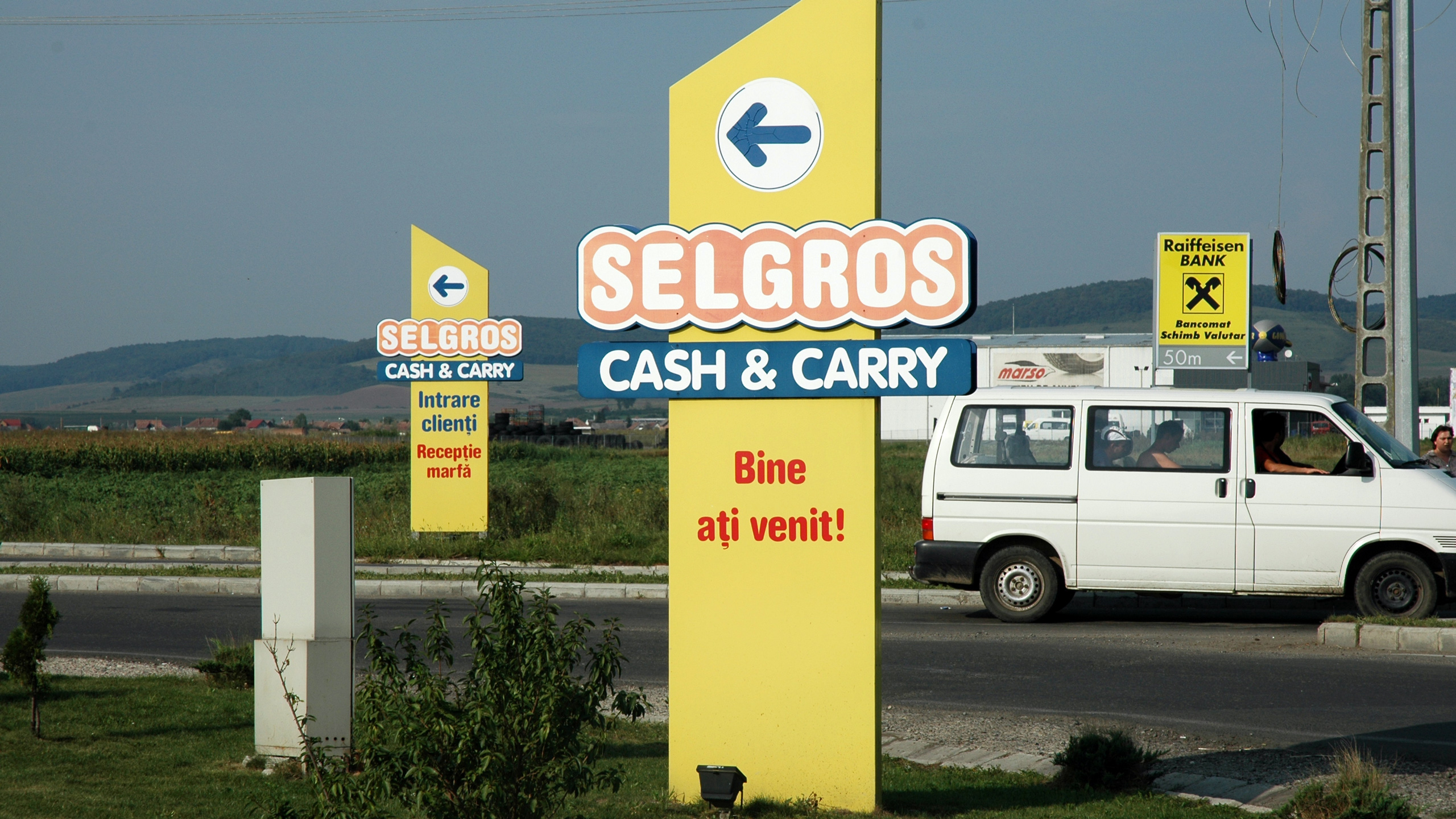 The work addressed the rapid dismantling of a local economy and agrarian tradition in a village in Romania due to the arrival of new foreign supermarkets. As a result the genetically modified crops replaced a century old agricultural biodiversity. The aim of the project was to promote the disappearing local food culture by collecting products, such as compote (preserved fruit juice), tuica (plum spirit), honey and a variety of pickles from local farmers. The products were shown in a promotion booth, designed in the colours and typography as found in the design of the newly build supermarket. During one day, local residents were invited to taste their own unique products.