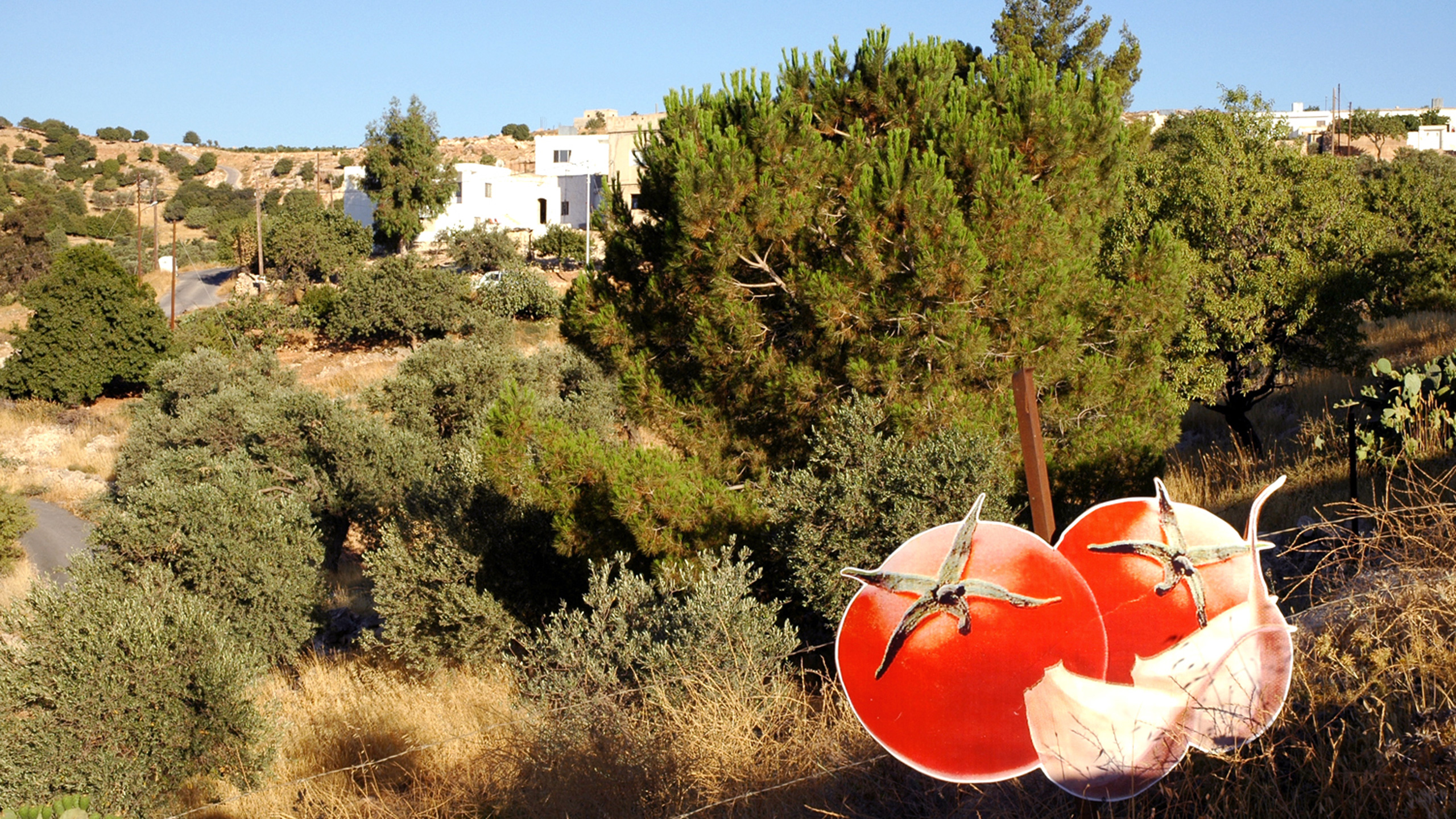 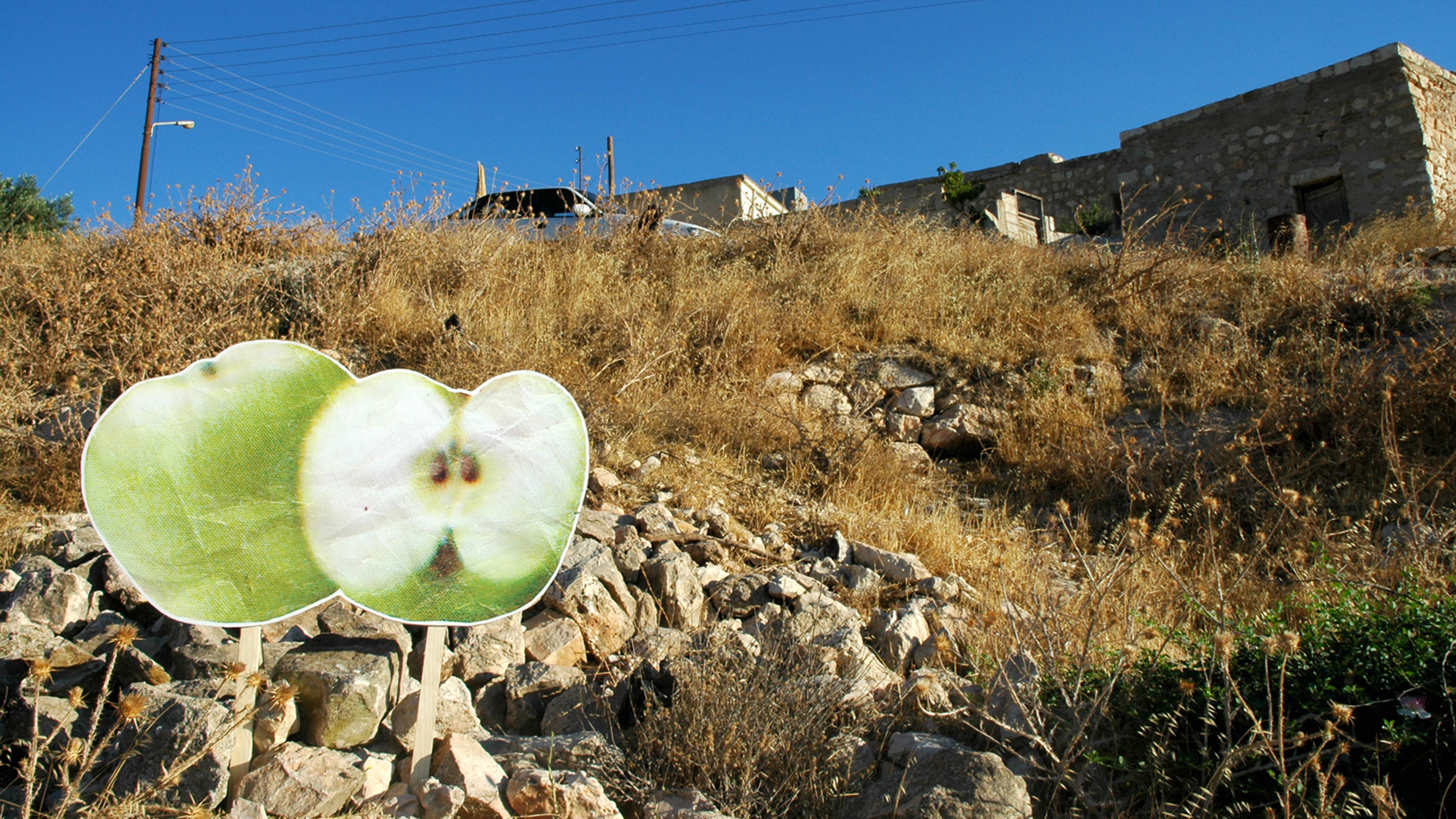 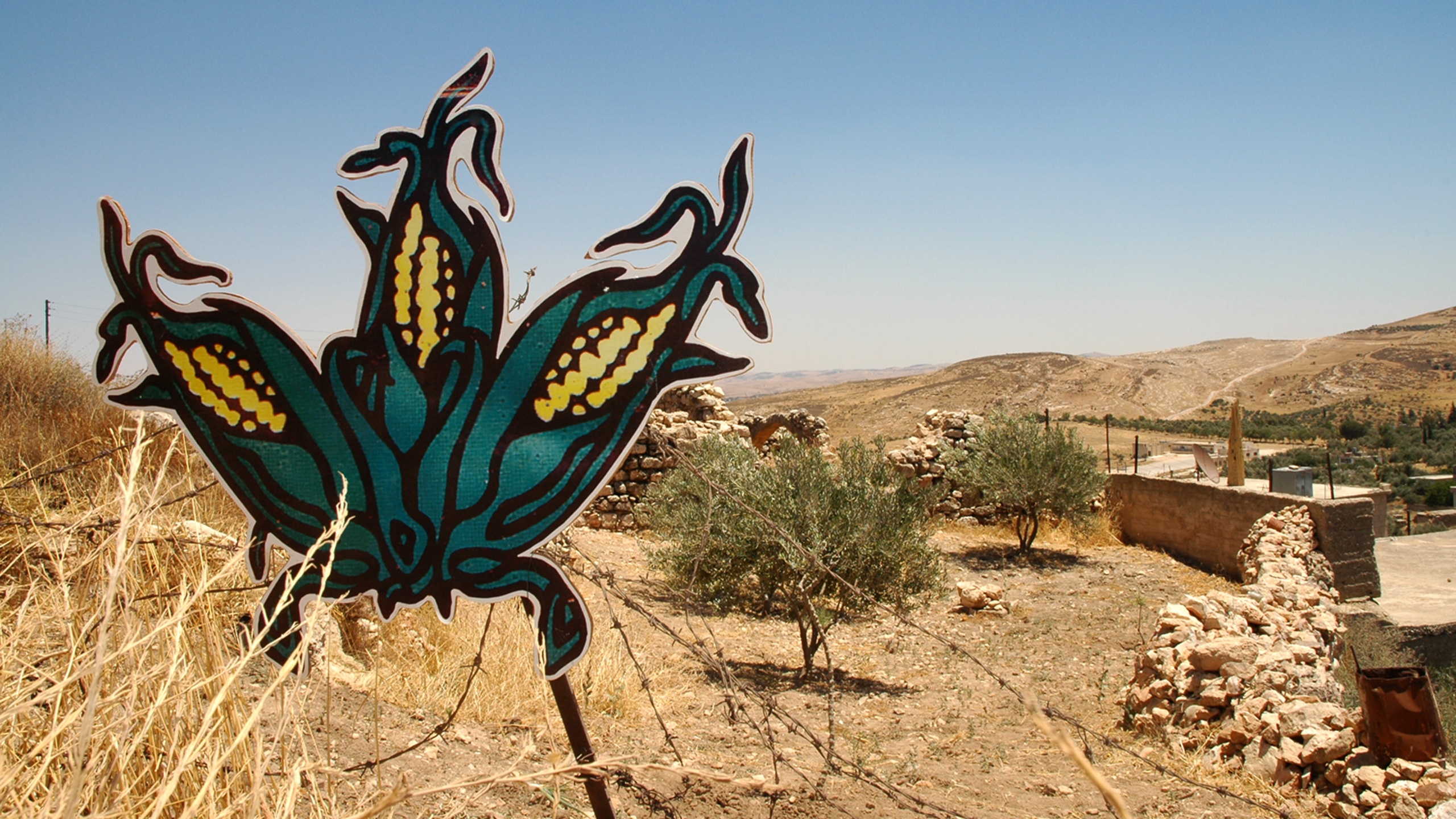 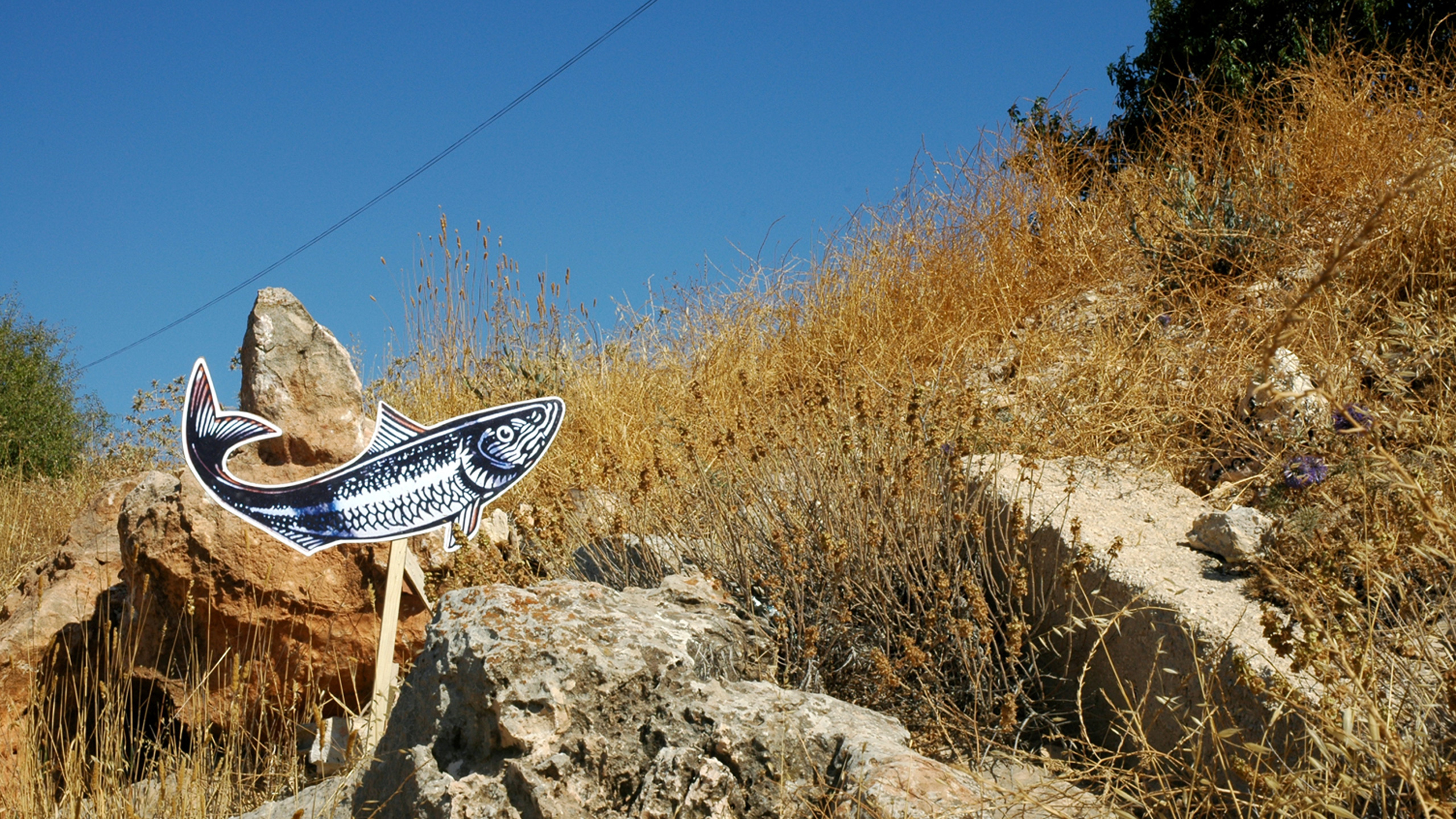 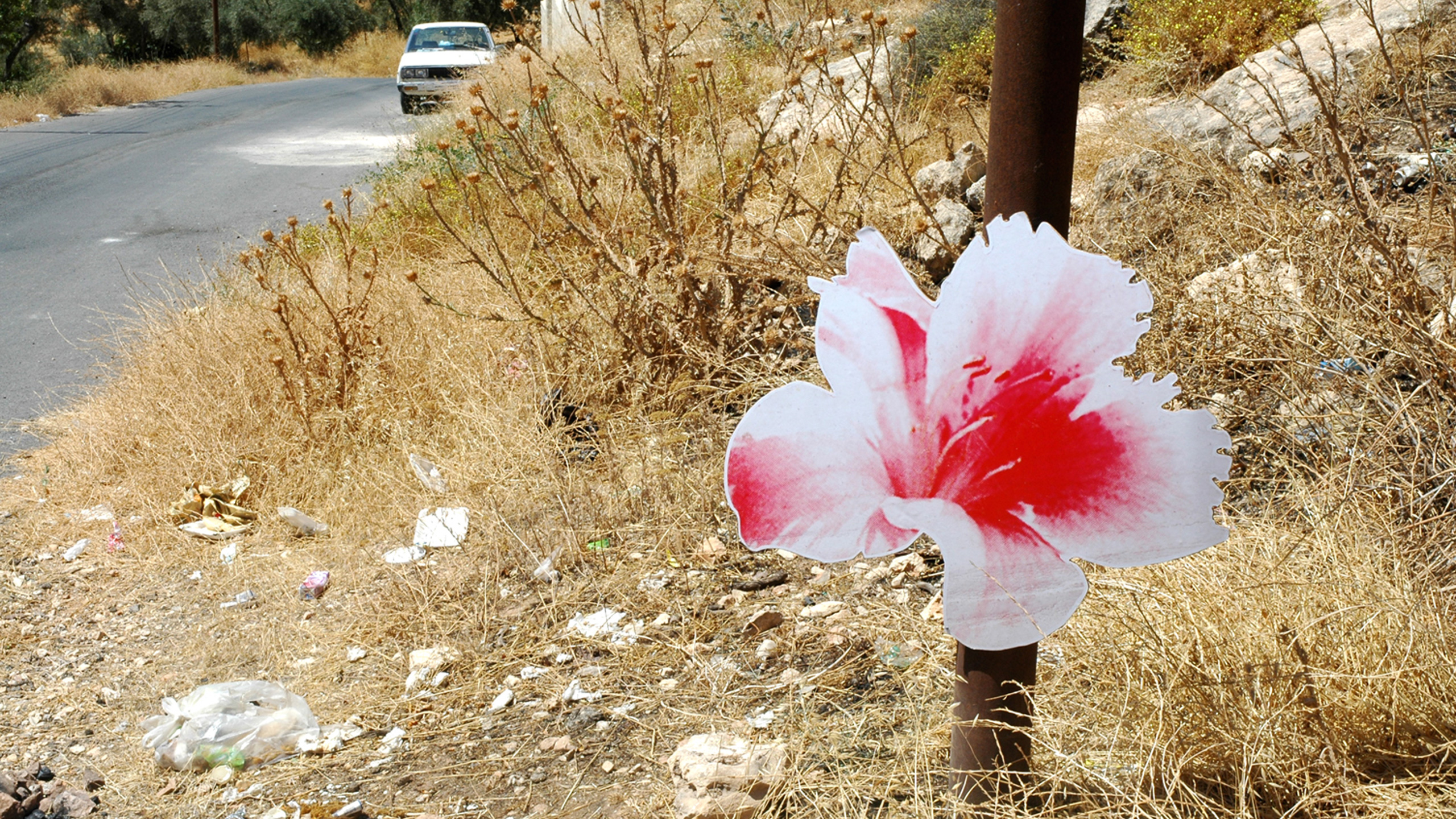 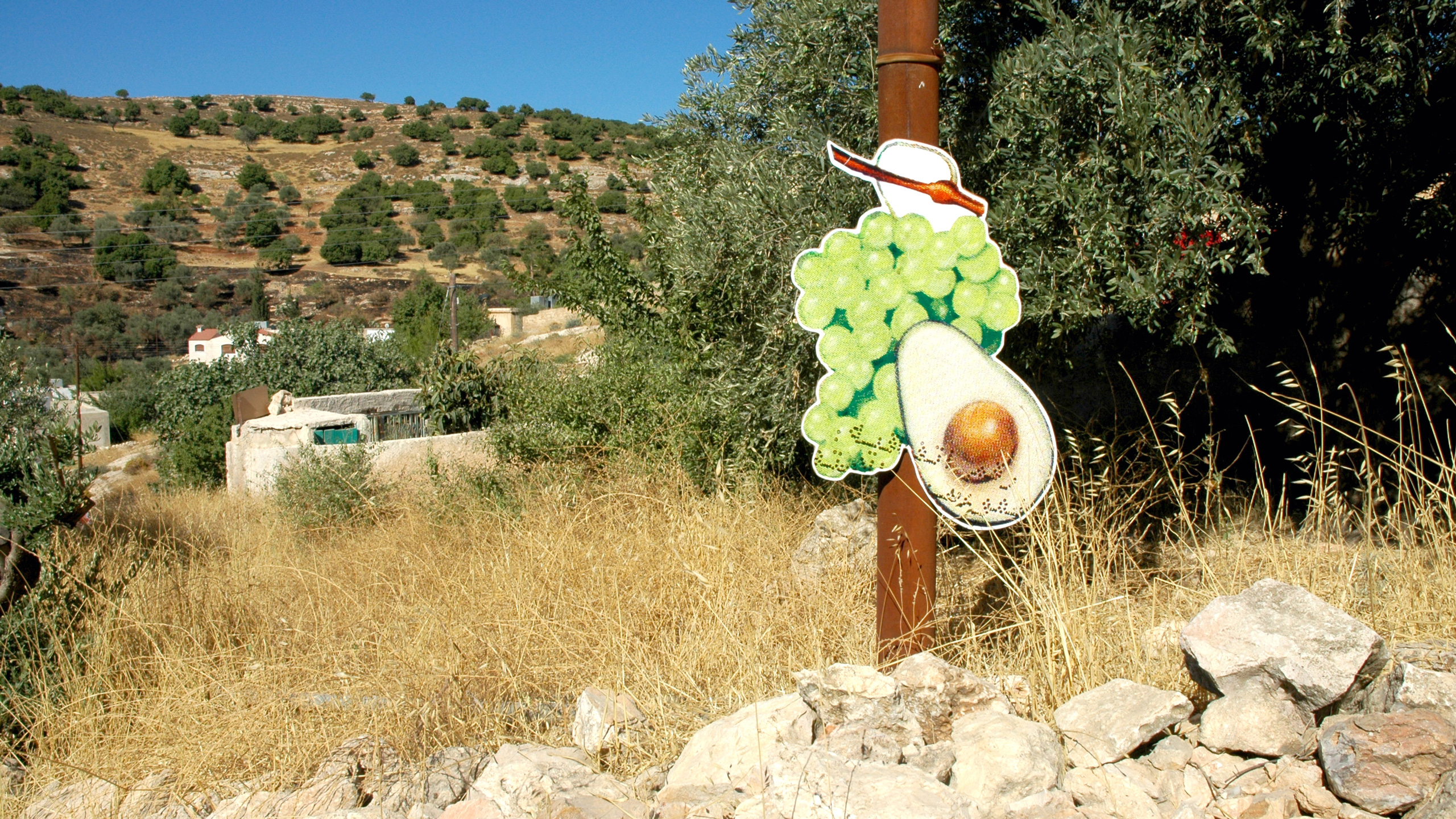 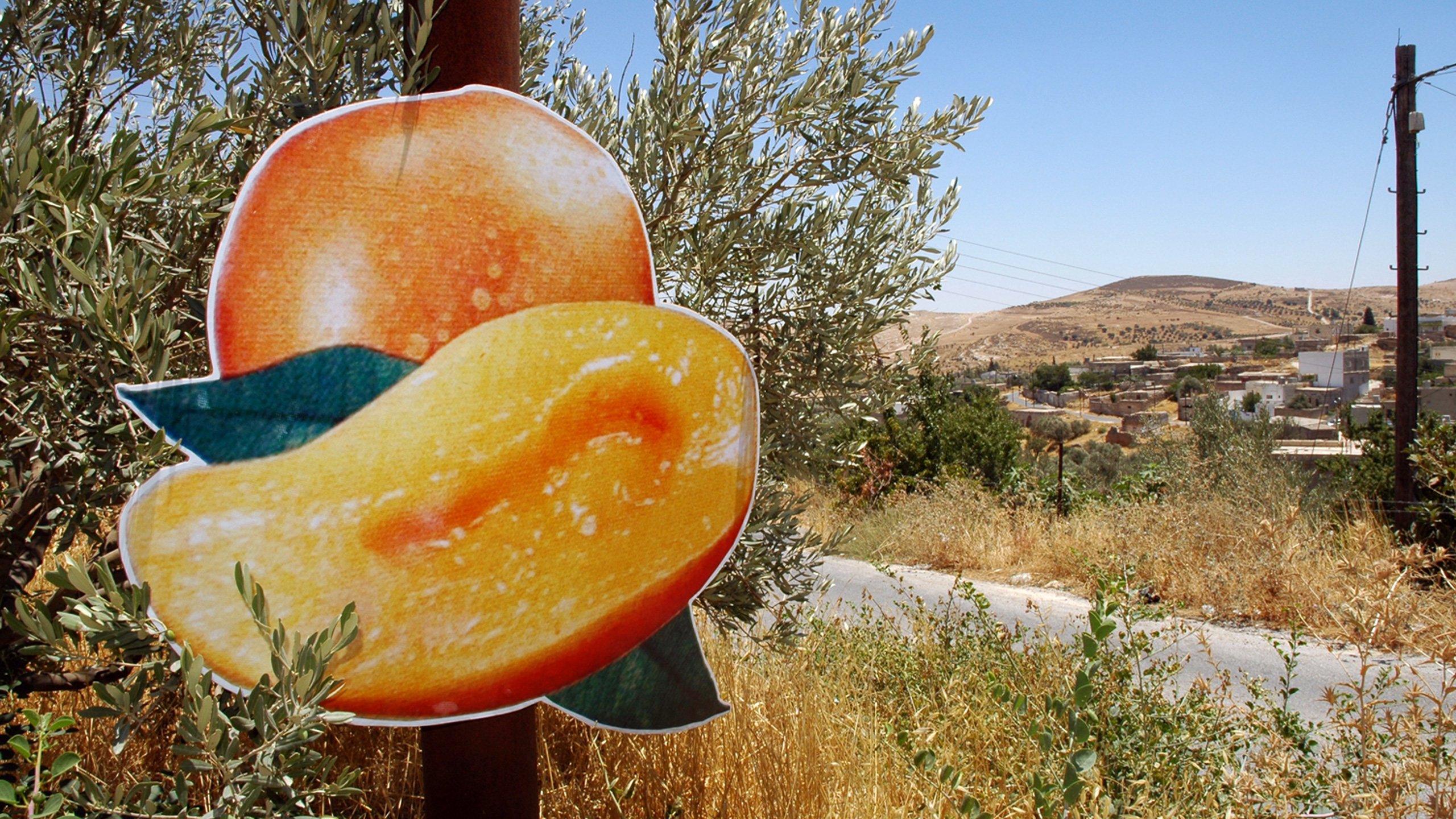 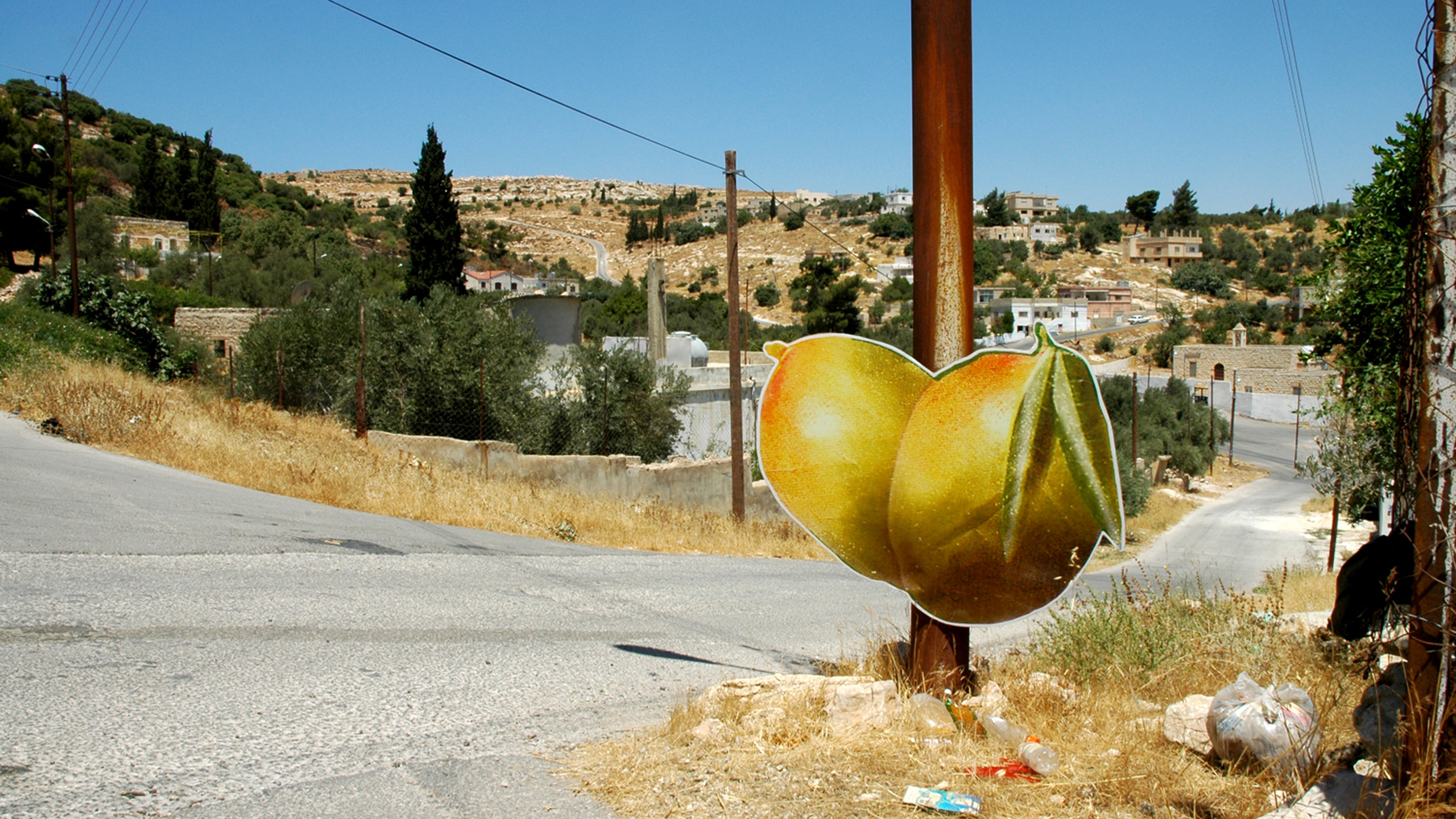 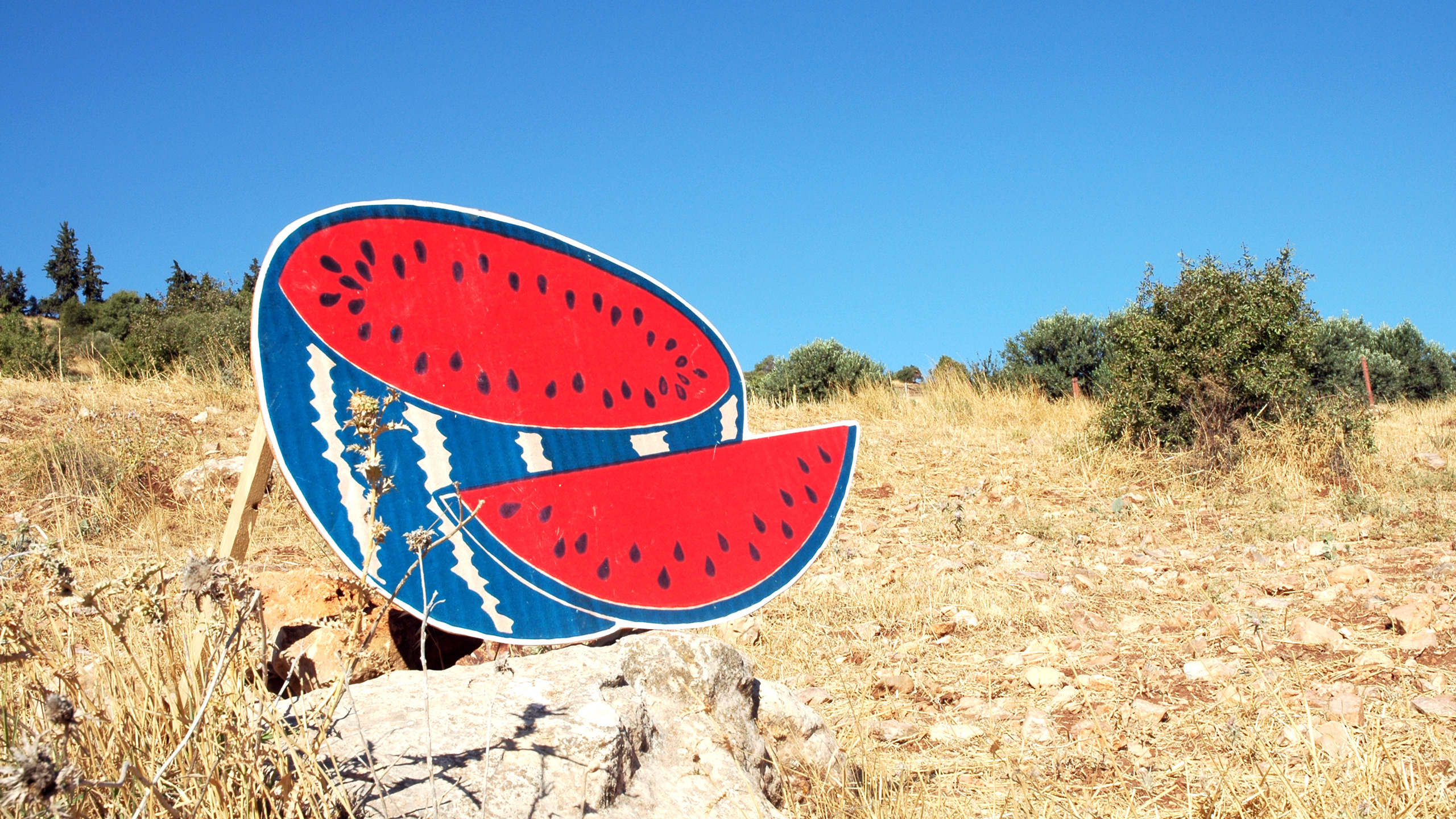 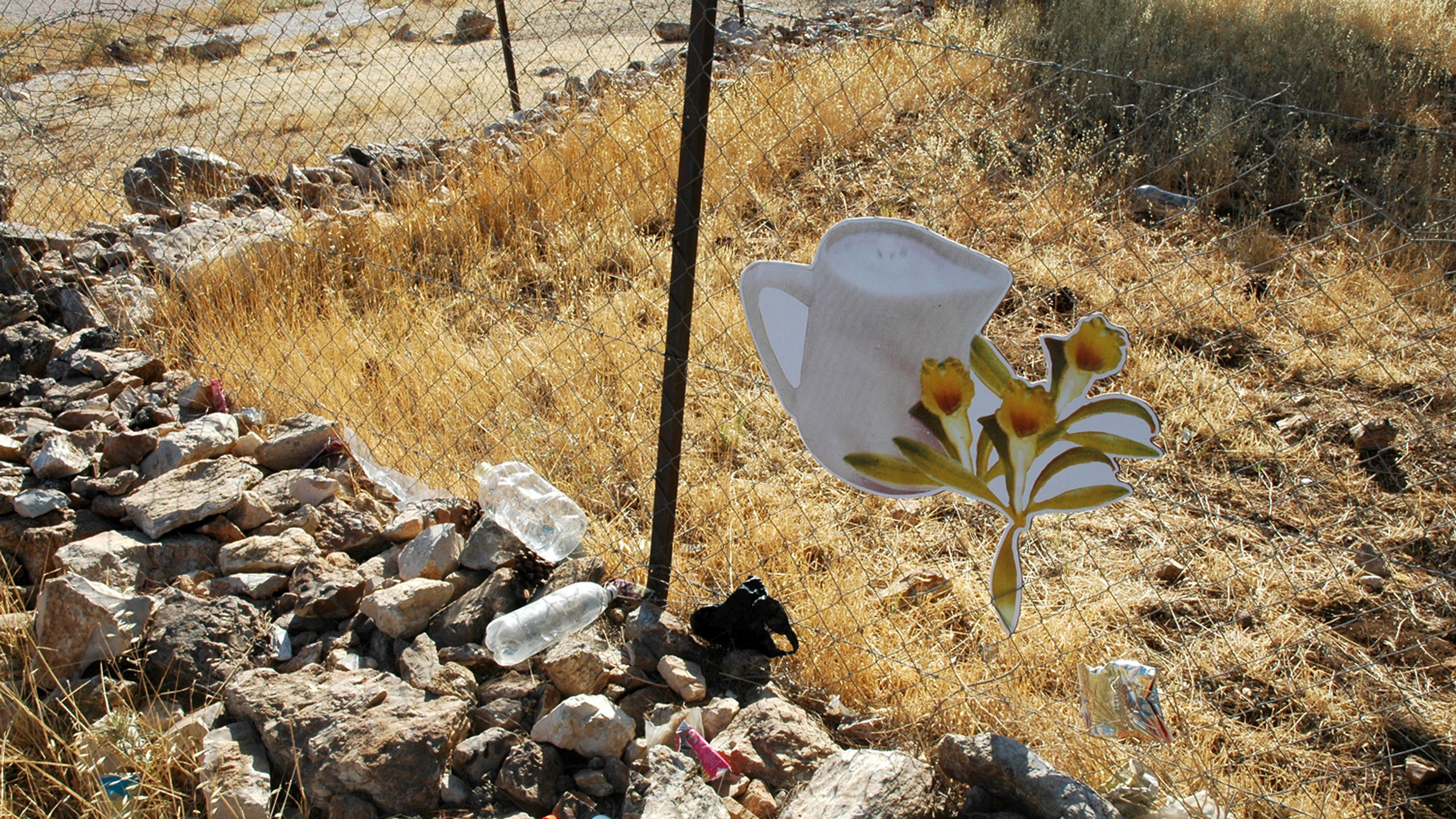 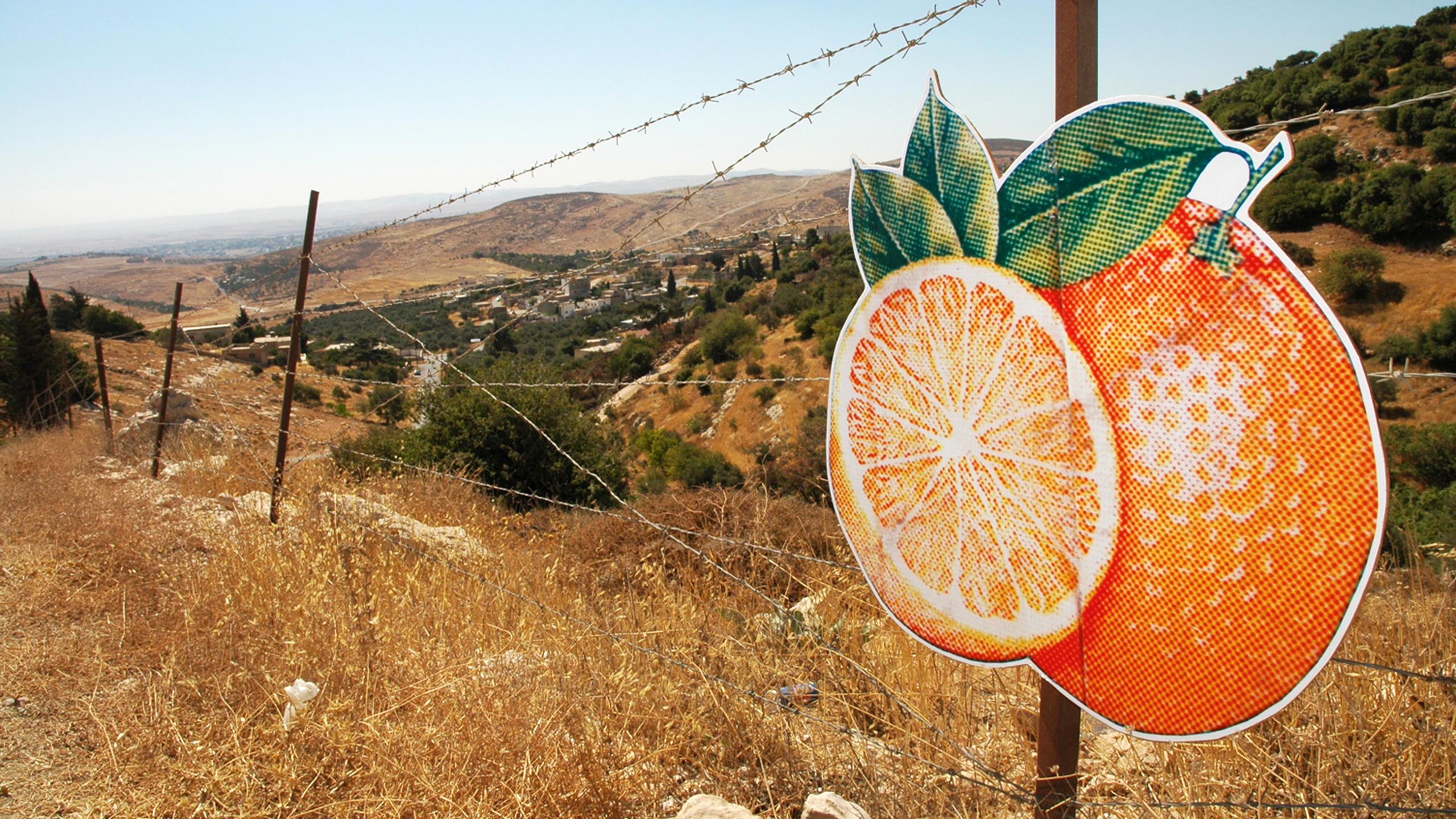 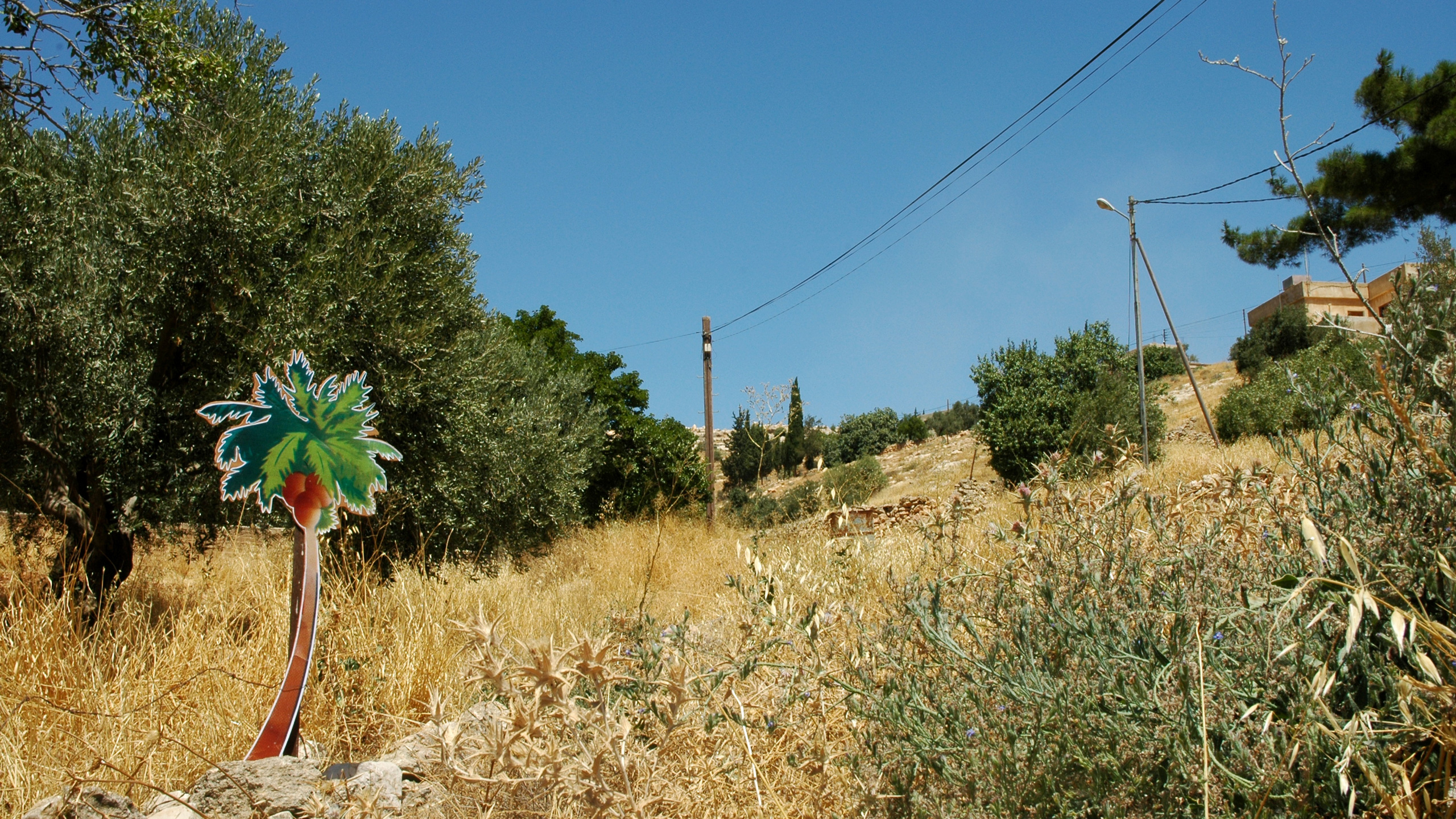 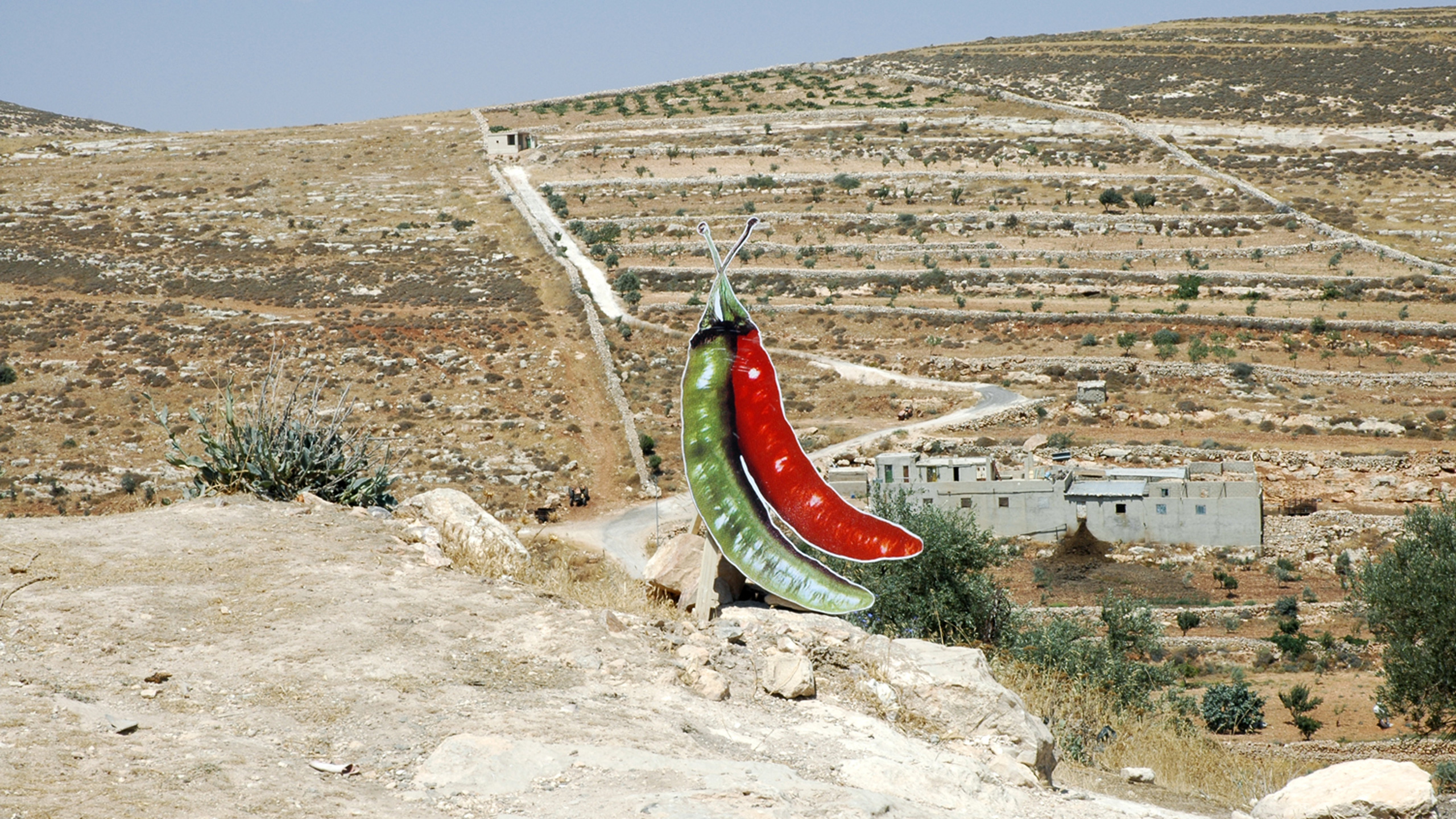 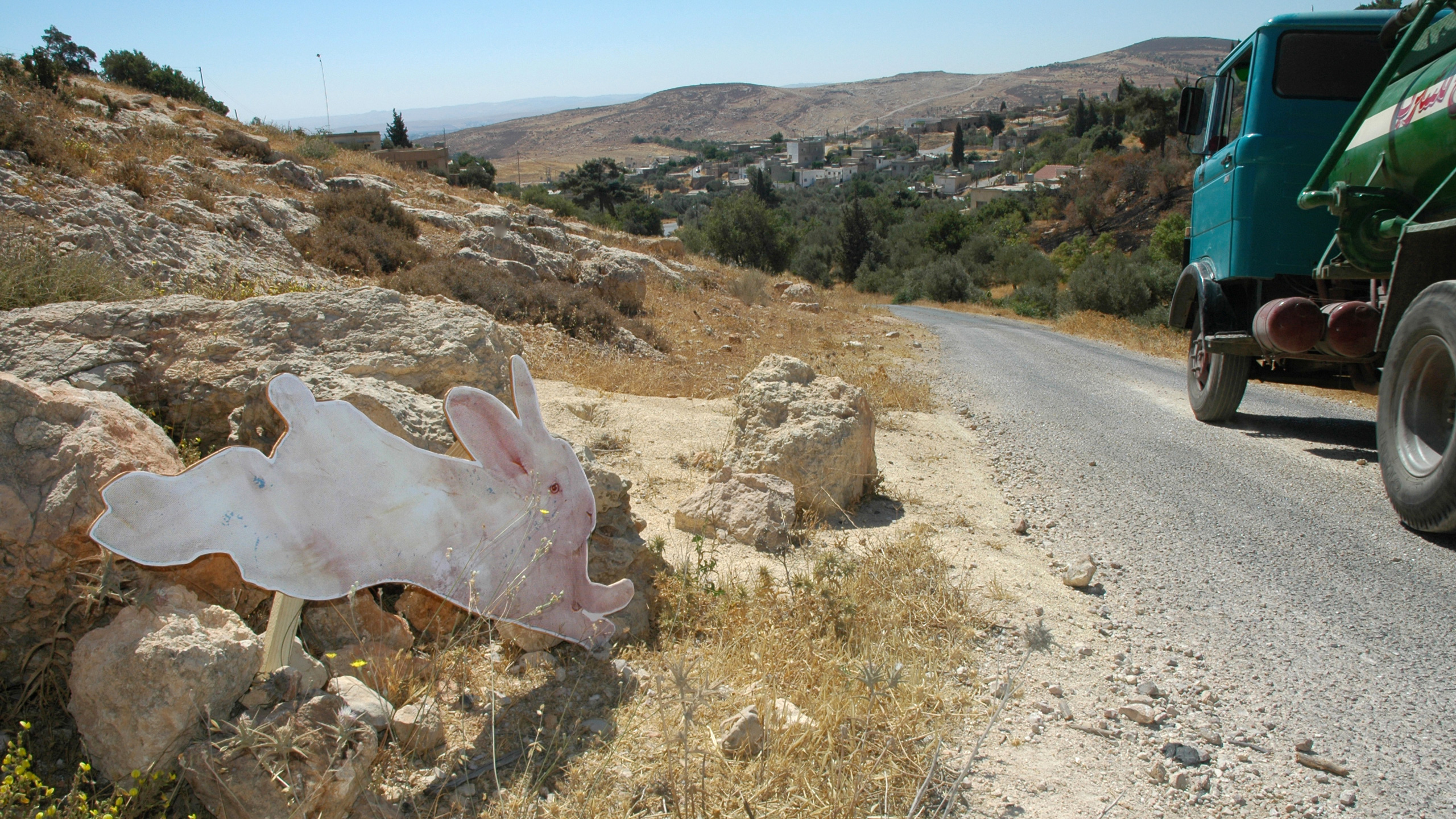 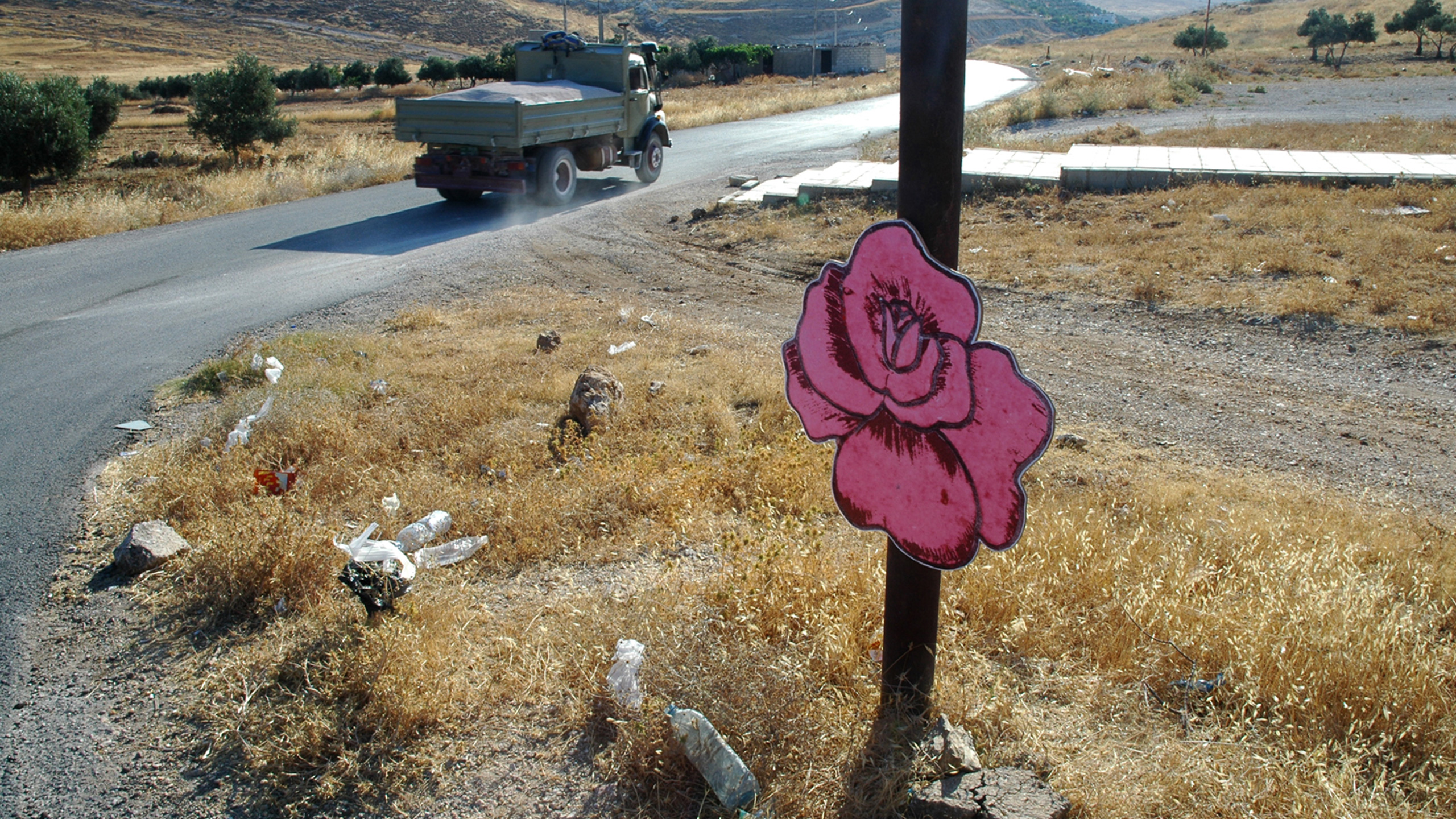 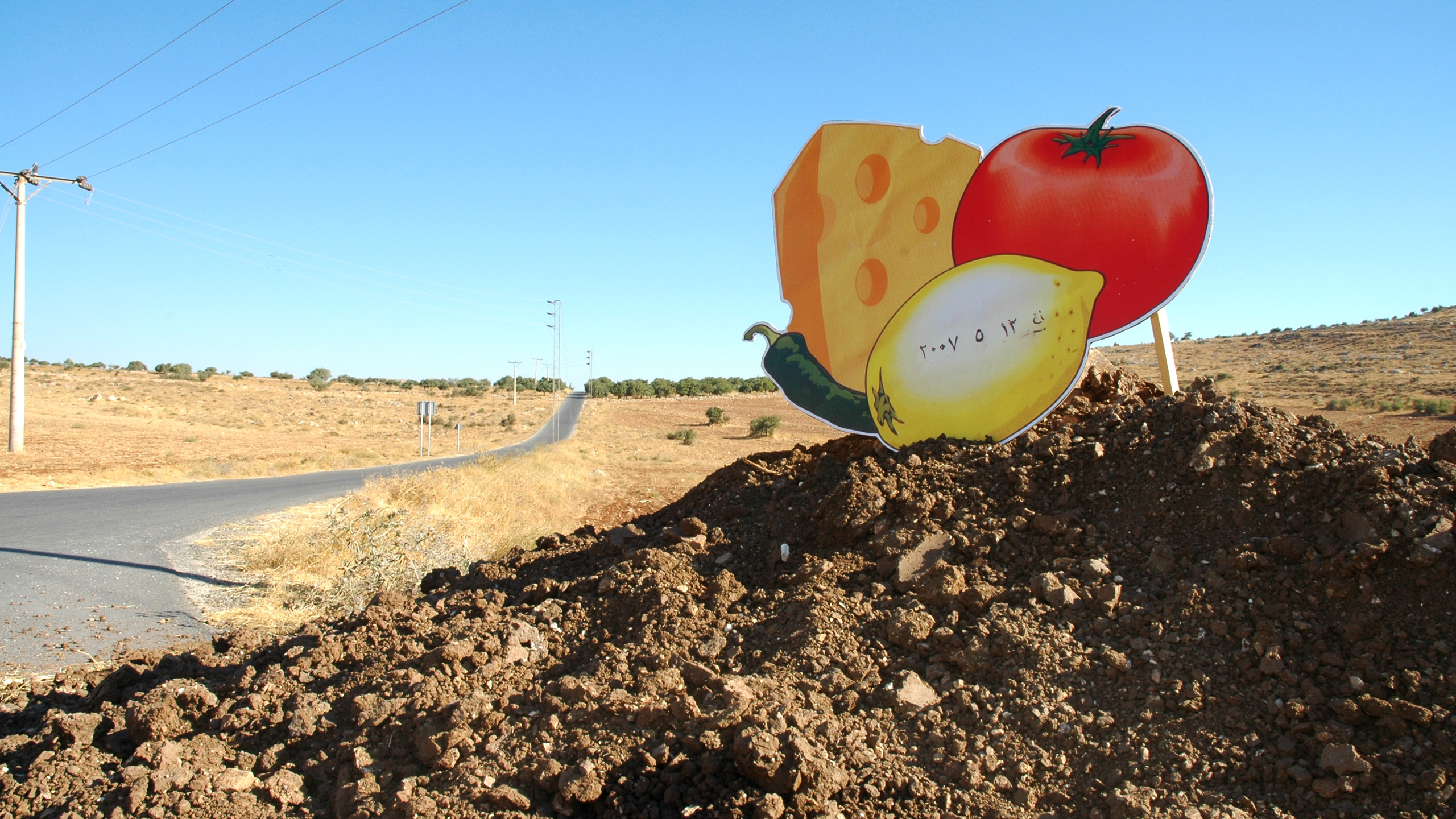 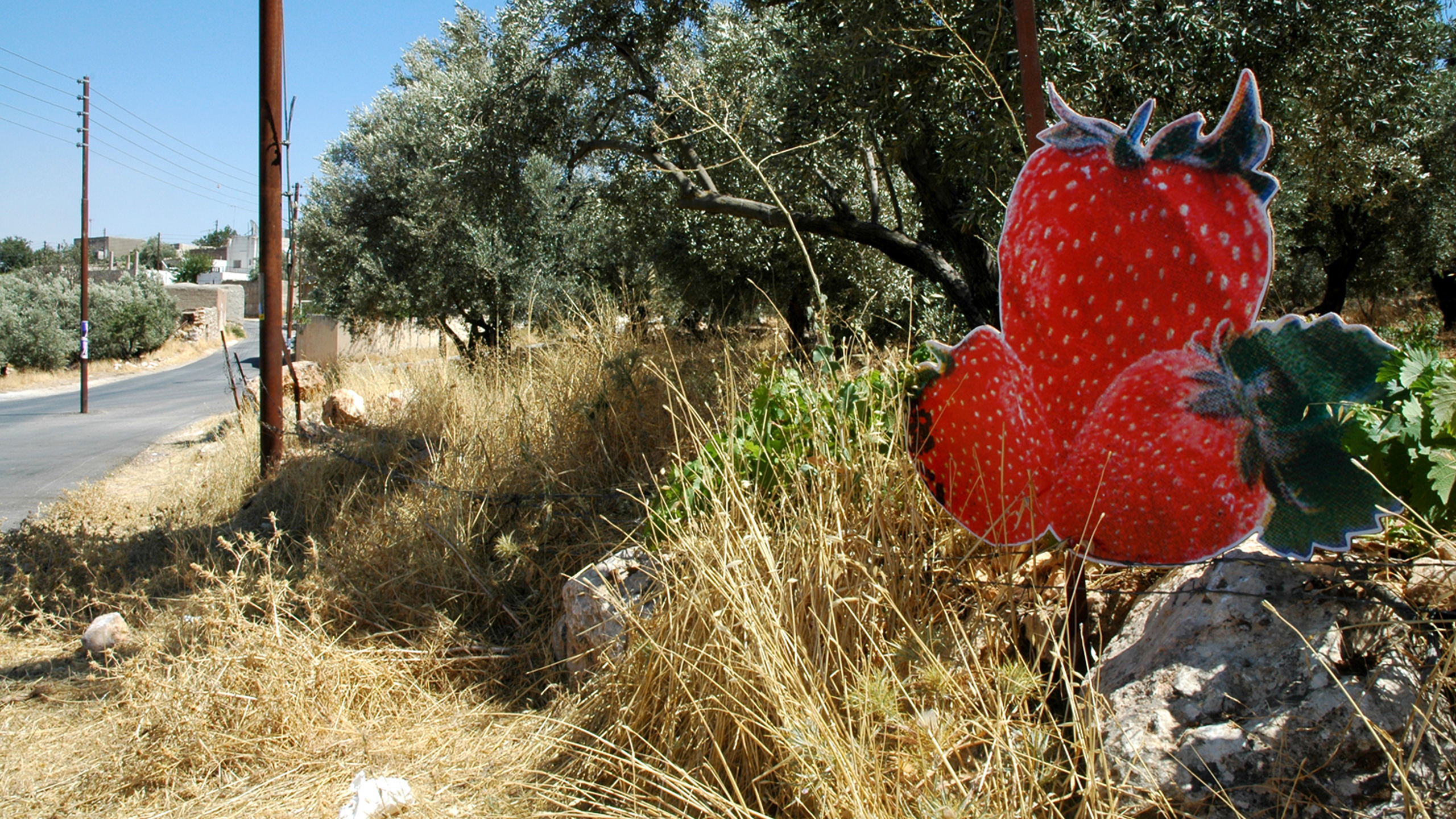 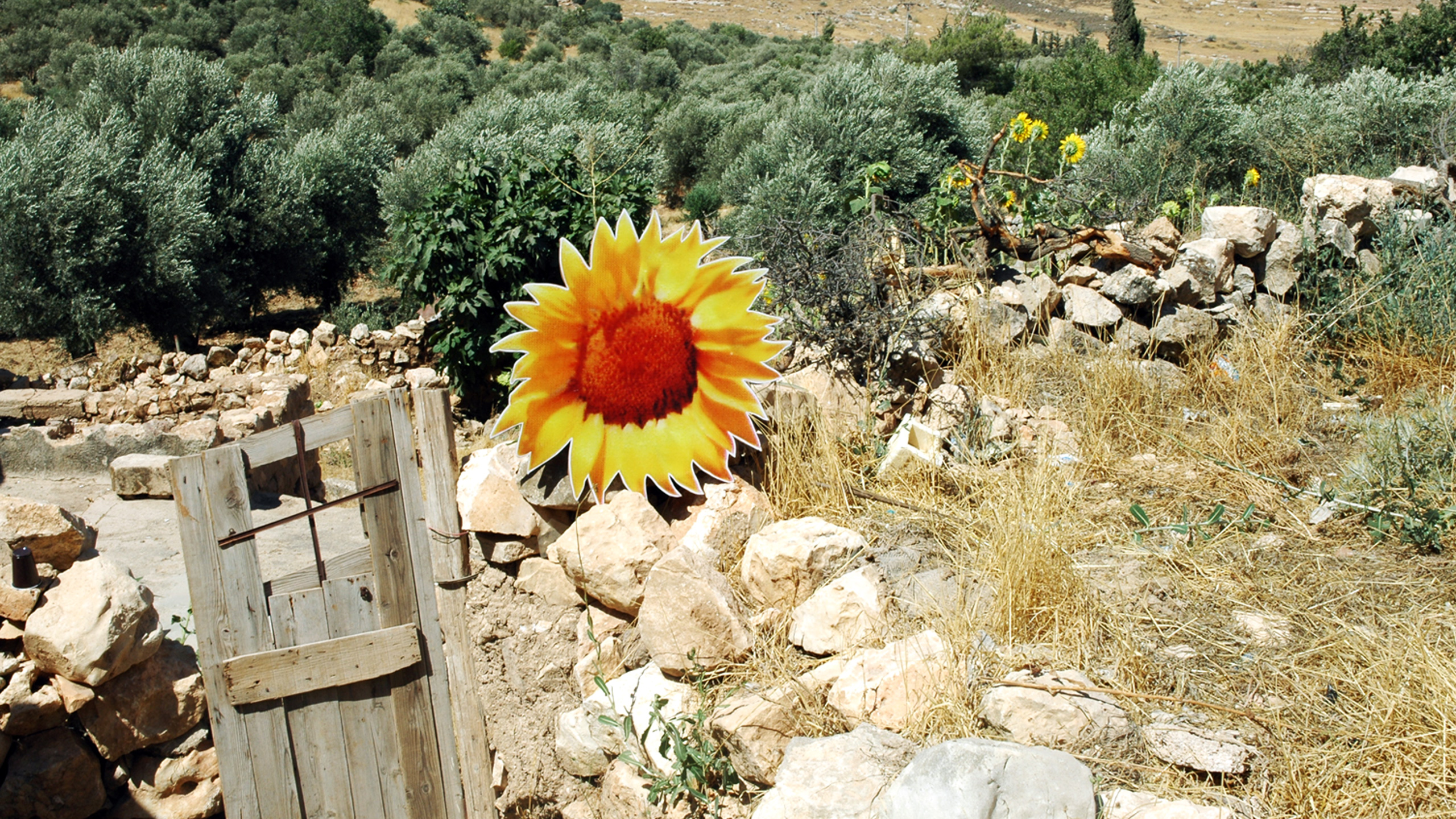 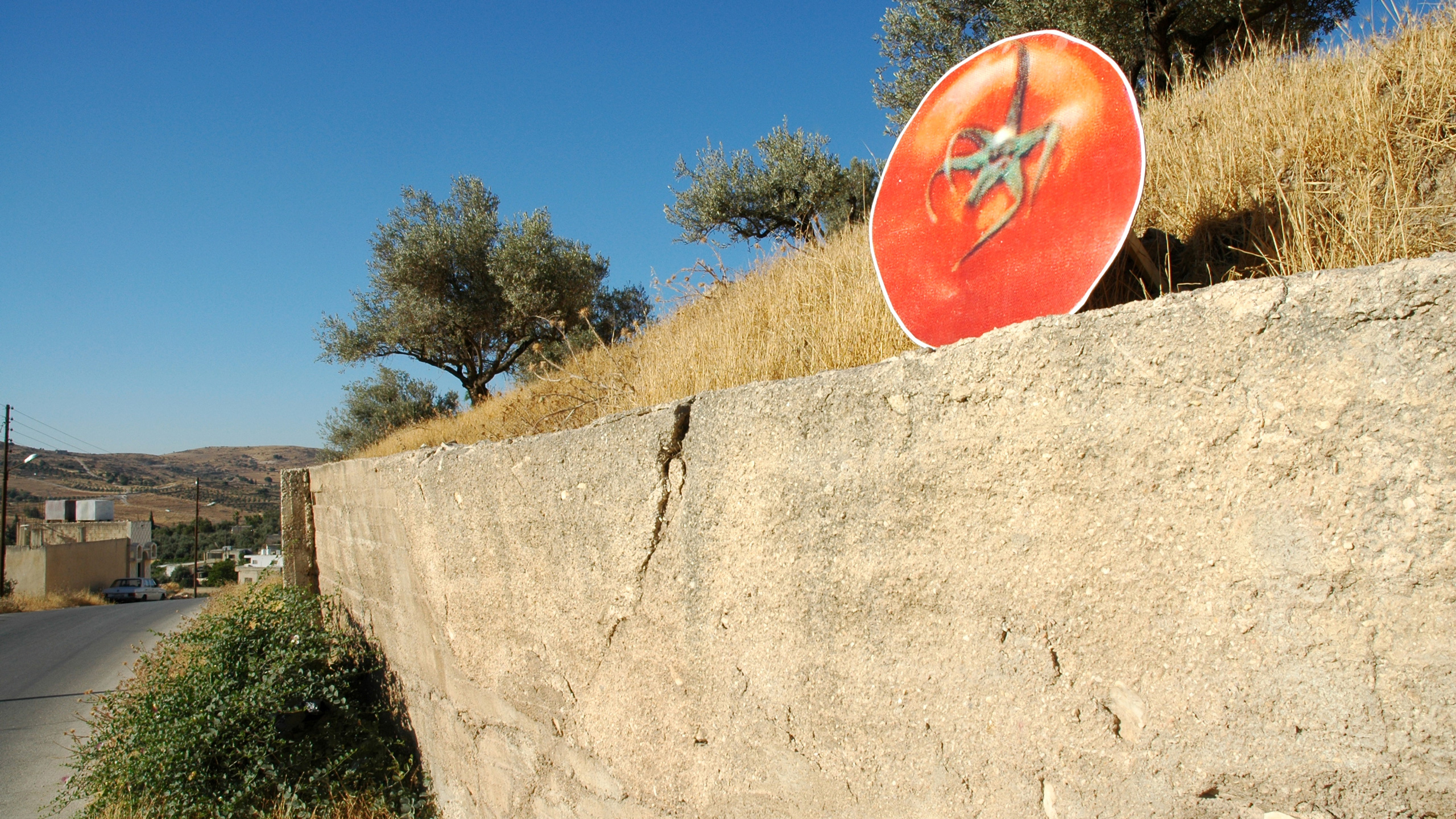 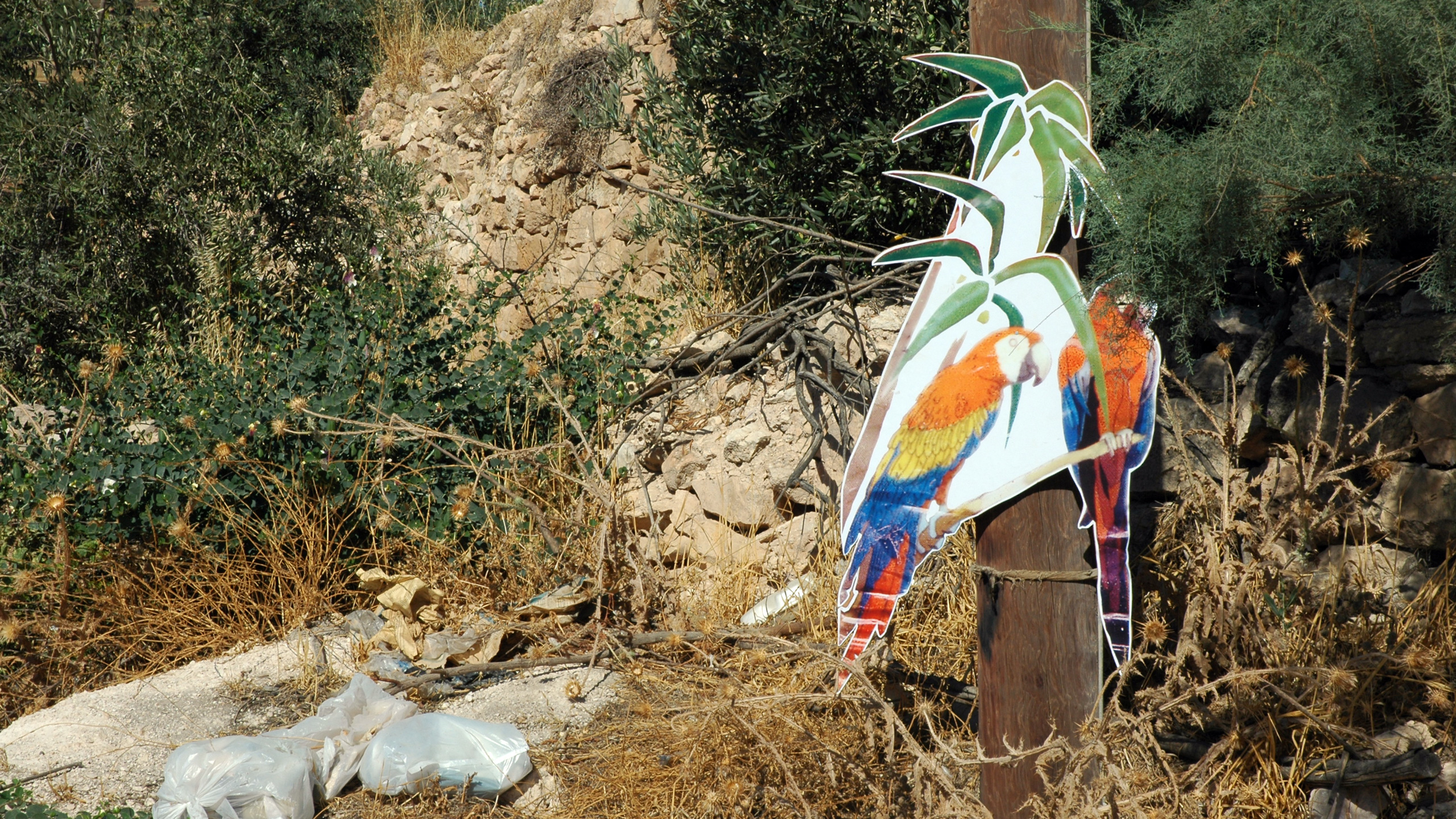 This work focussed of the large amounts of street litter in a rural village in Jordan. Not only could this phenomenon be seen as a sign of a malfunctioning waste management, for some residents it was also considered to be a symbol of wealth. In order to emphasize this paradox the project zoomed in on the design of the garbage. The first step in the project was to collect plastic packages, bottles and bags with pictures of natural elements, such as: fruits, vegetables, flowers and animals. Secondly these images were cut out from the packages and enlarged in order to be transferred onto little billboards that were installed throughout the village. In total we placed 20 different signs within the village. After a few days all the signs disappeared and were later found as advertisements in local shops.

When we travelled around in the ‘Irbid’ district of North Jordan we saw landscapes littered with plastic bags, drink bottles and other rubbish. In Shatana, a small rural village, we collected 20 garbage samples depicting natural elements like fruits, vegetables, flowers and animals. The contrast between the chemical materials of the packages and the natural references visualized on these materials was striking. They all refer to wealth, luxury, and prosperity. We were intrigued by the display of these paradise-like references on the garbage in relation to the dry and bare surrounding and the social economic situation in the village.