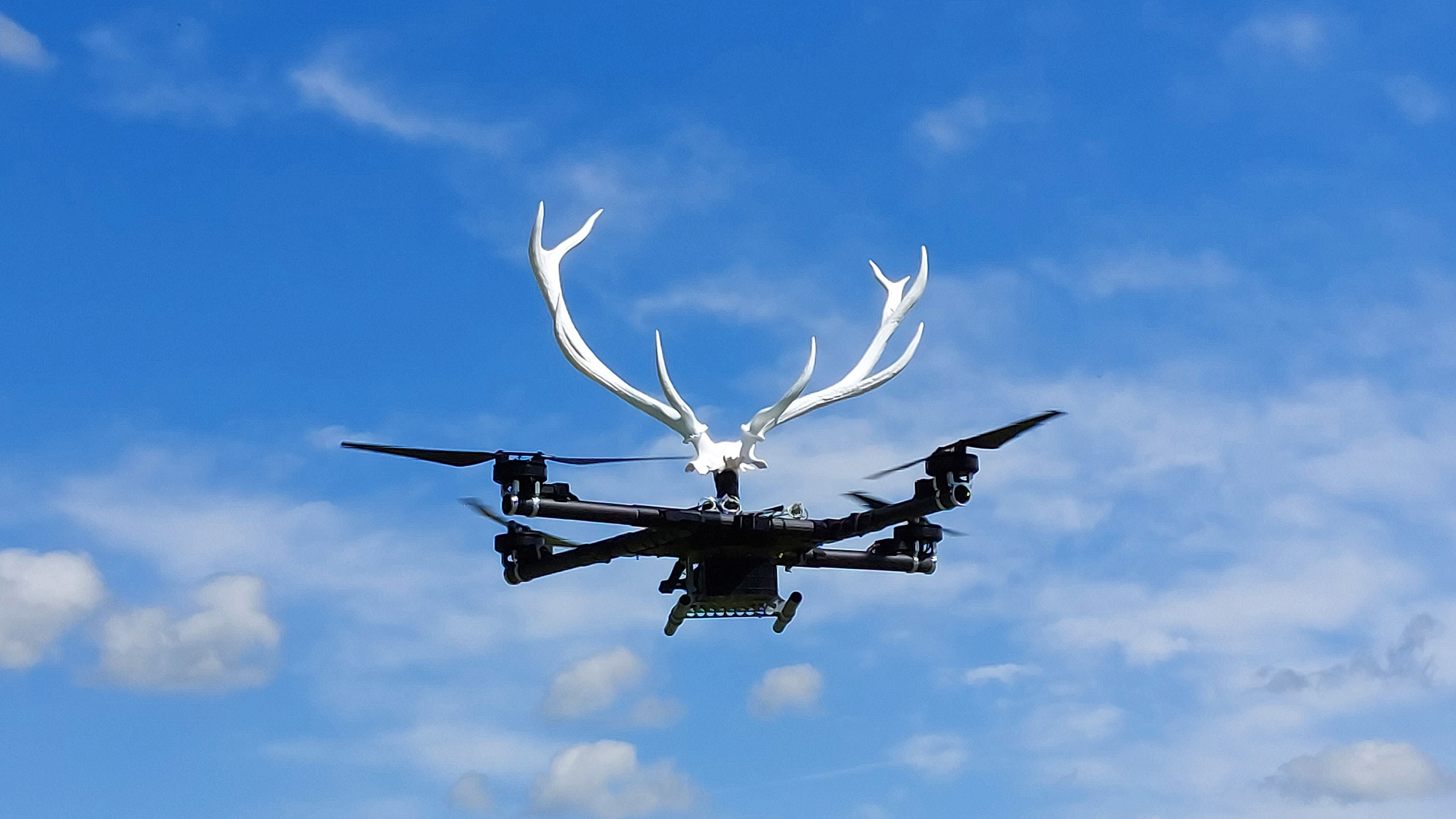 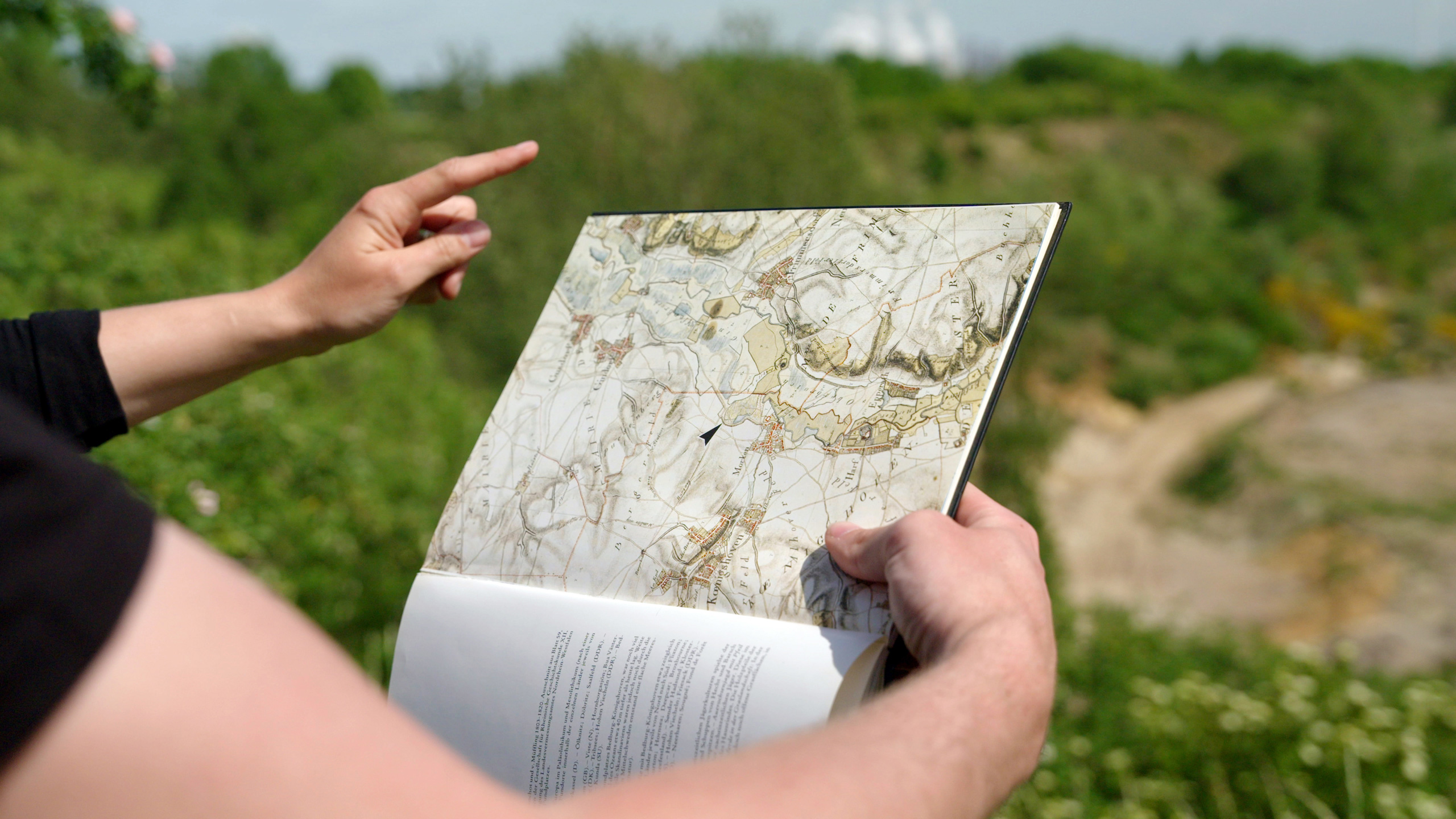 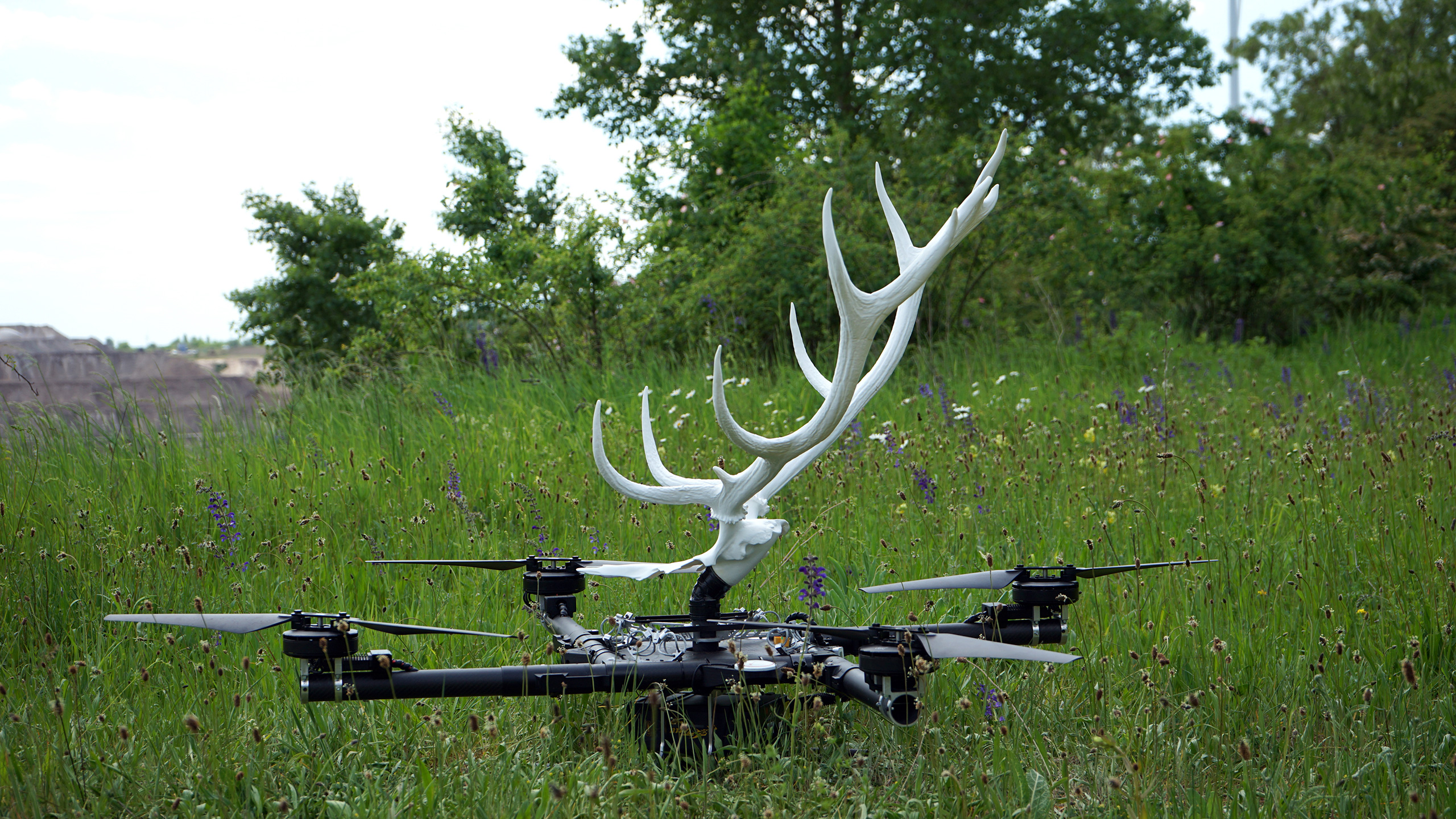 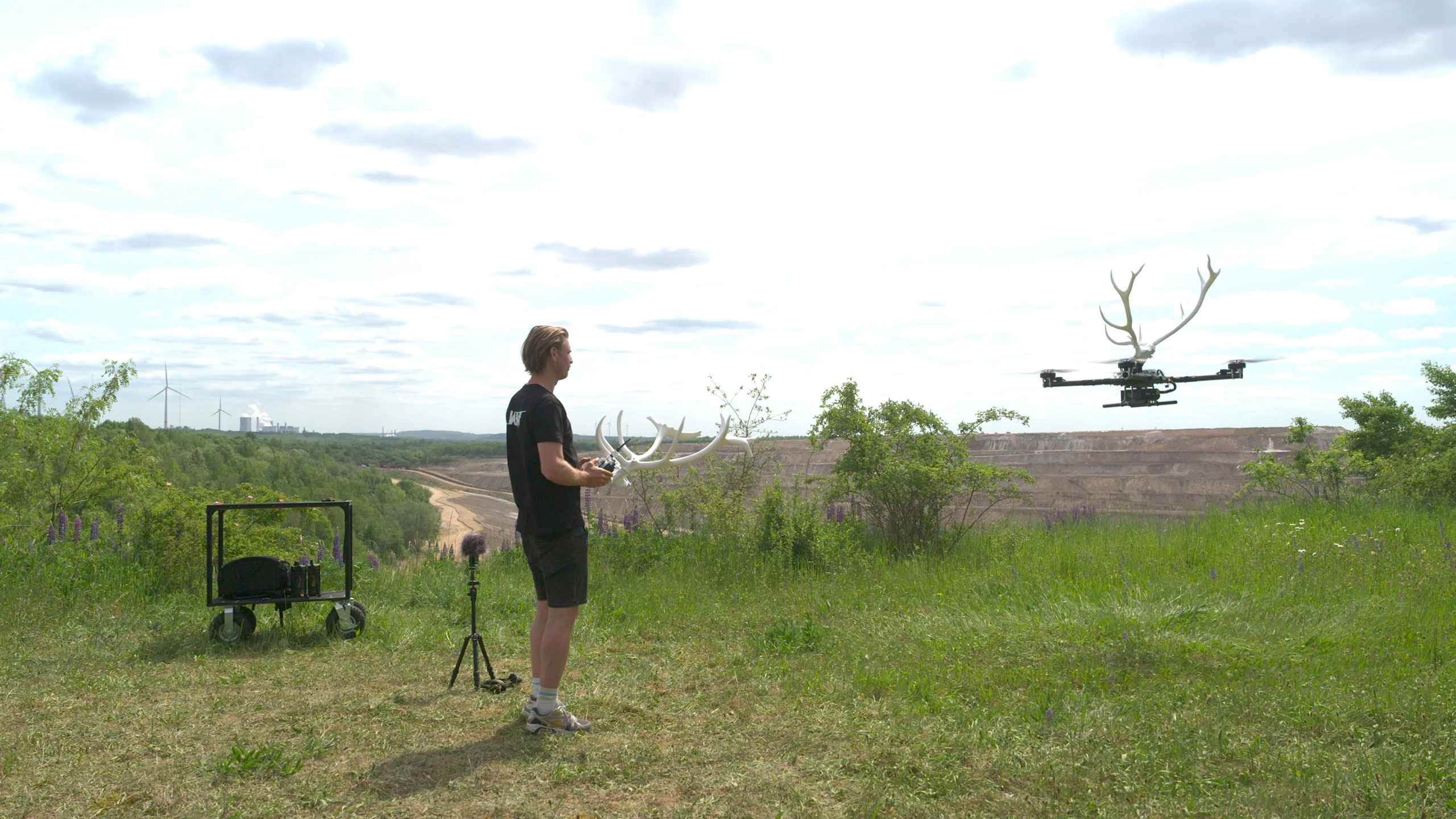 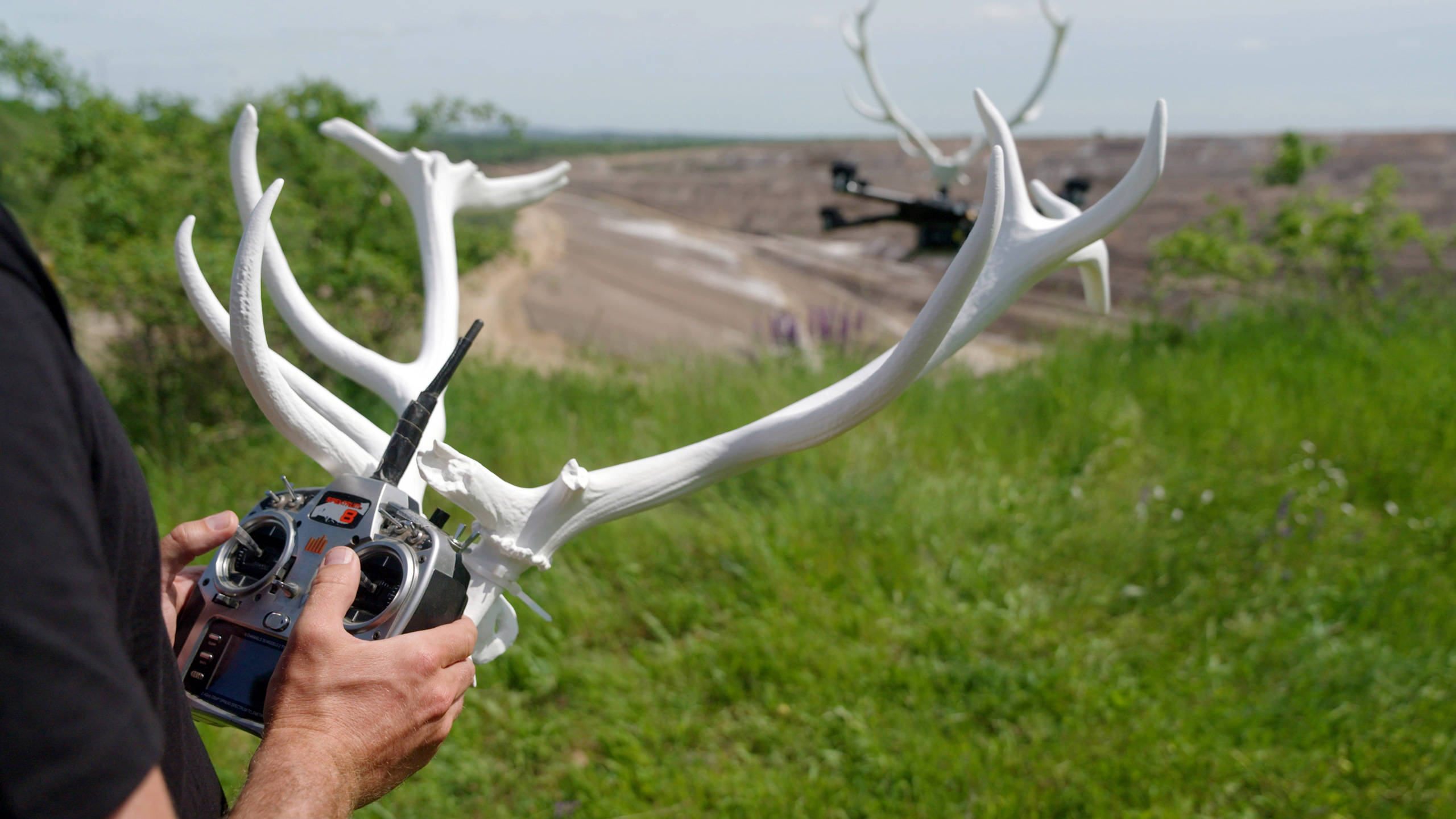 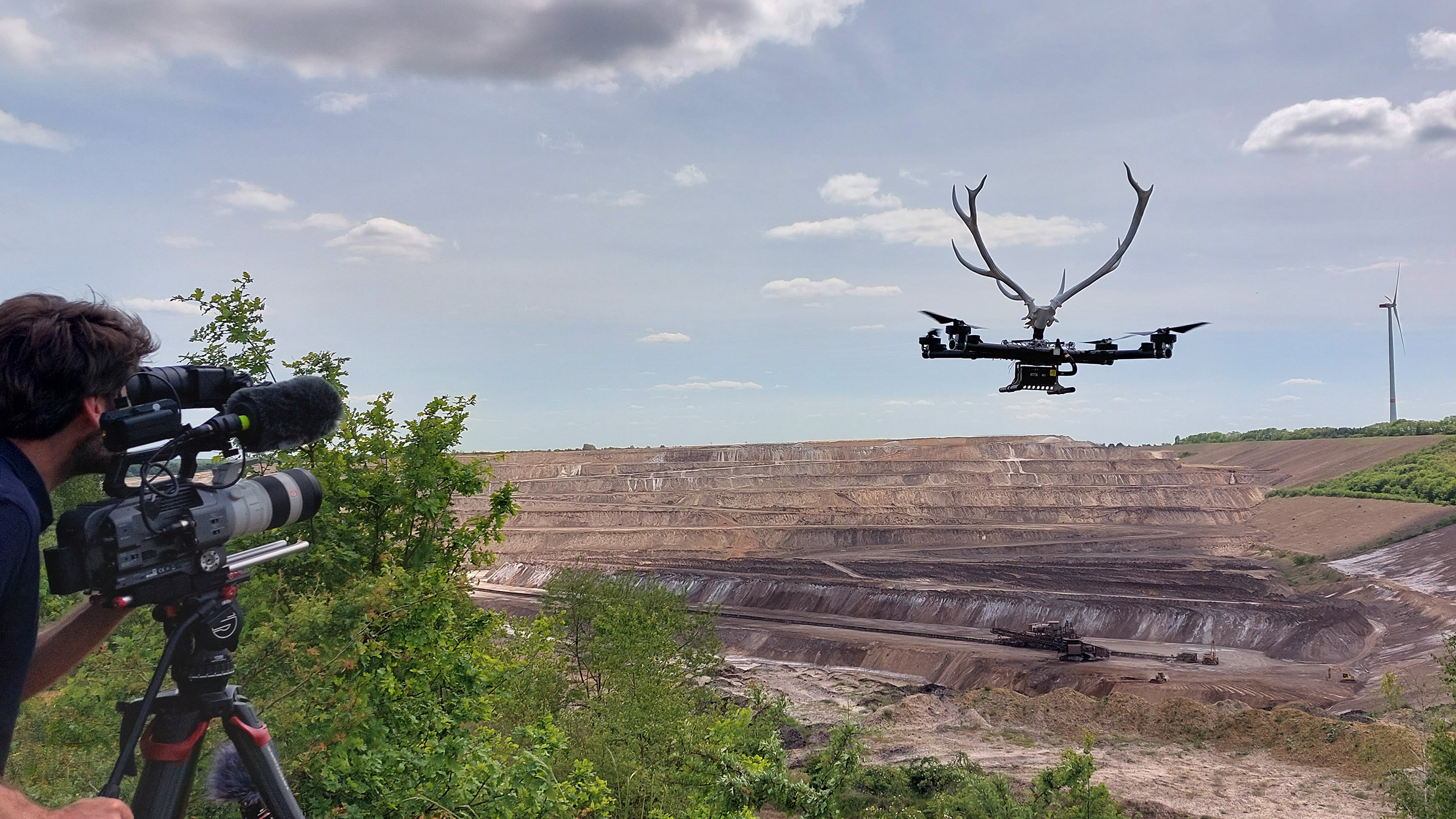 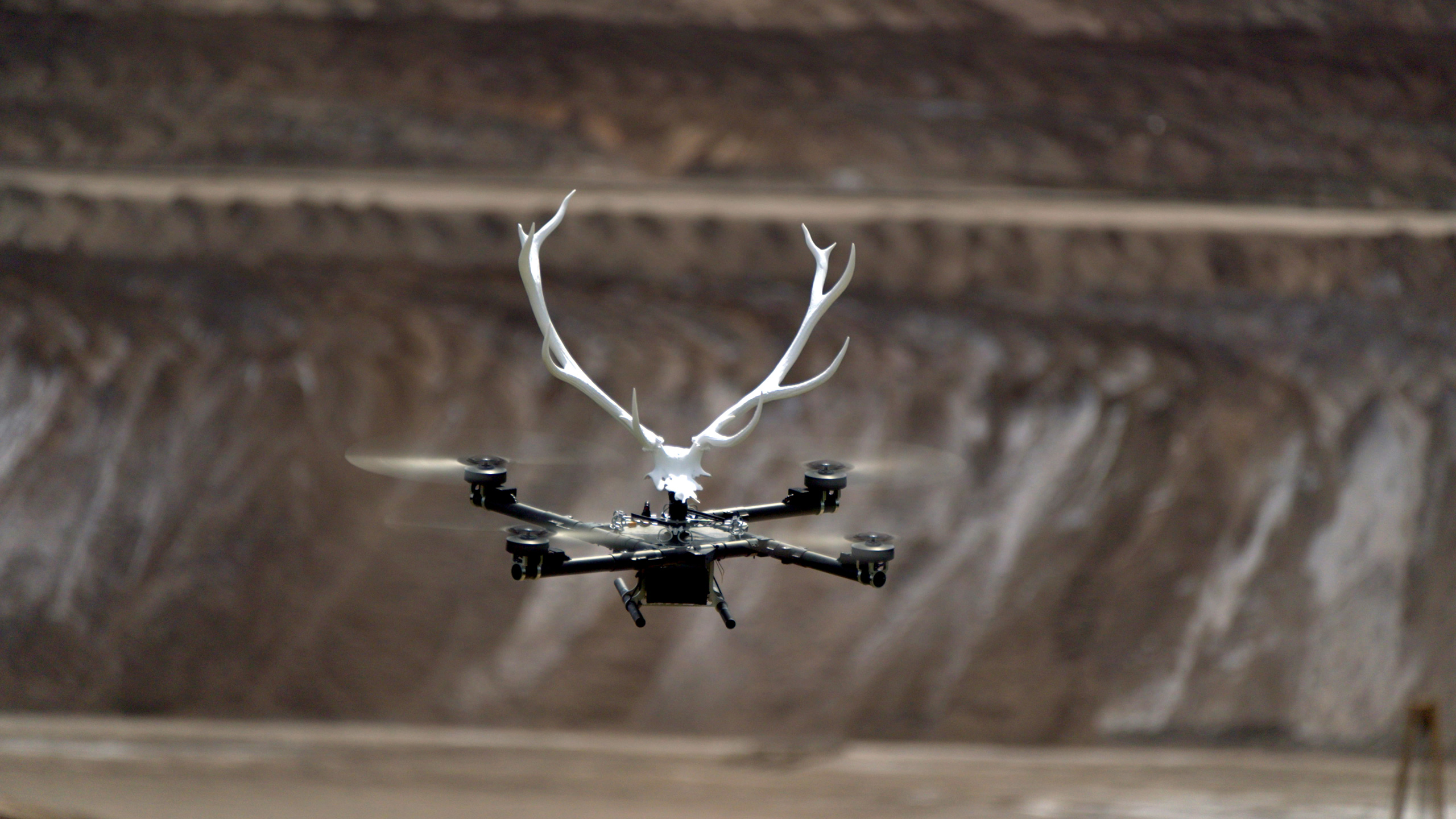 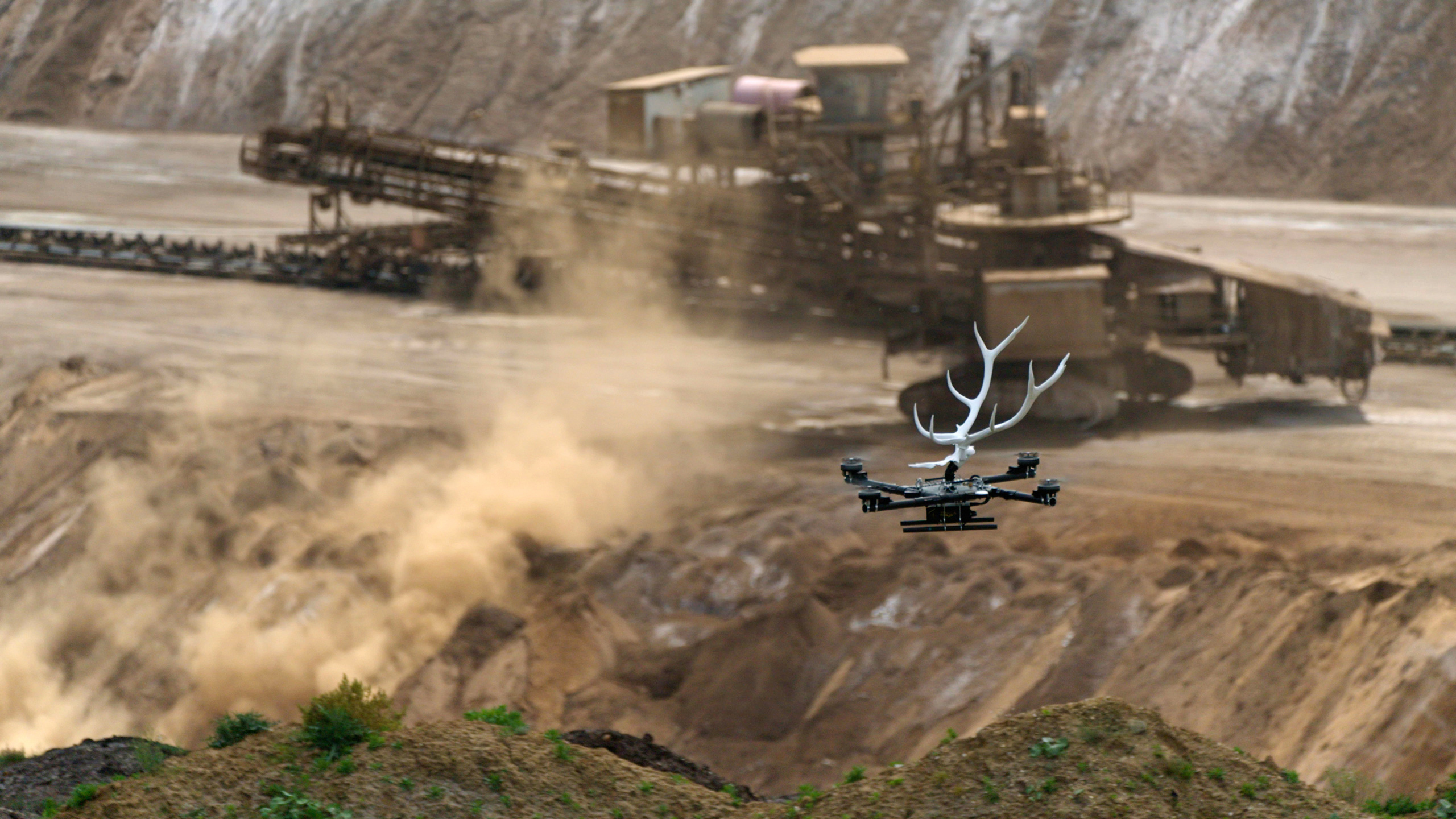 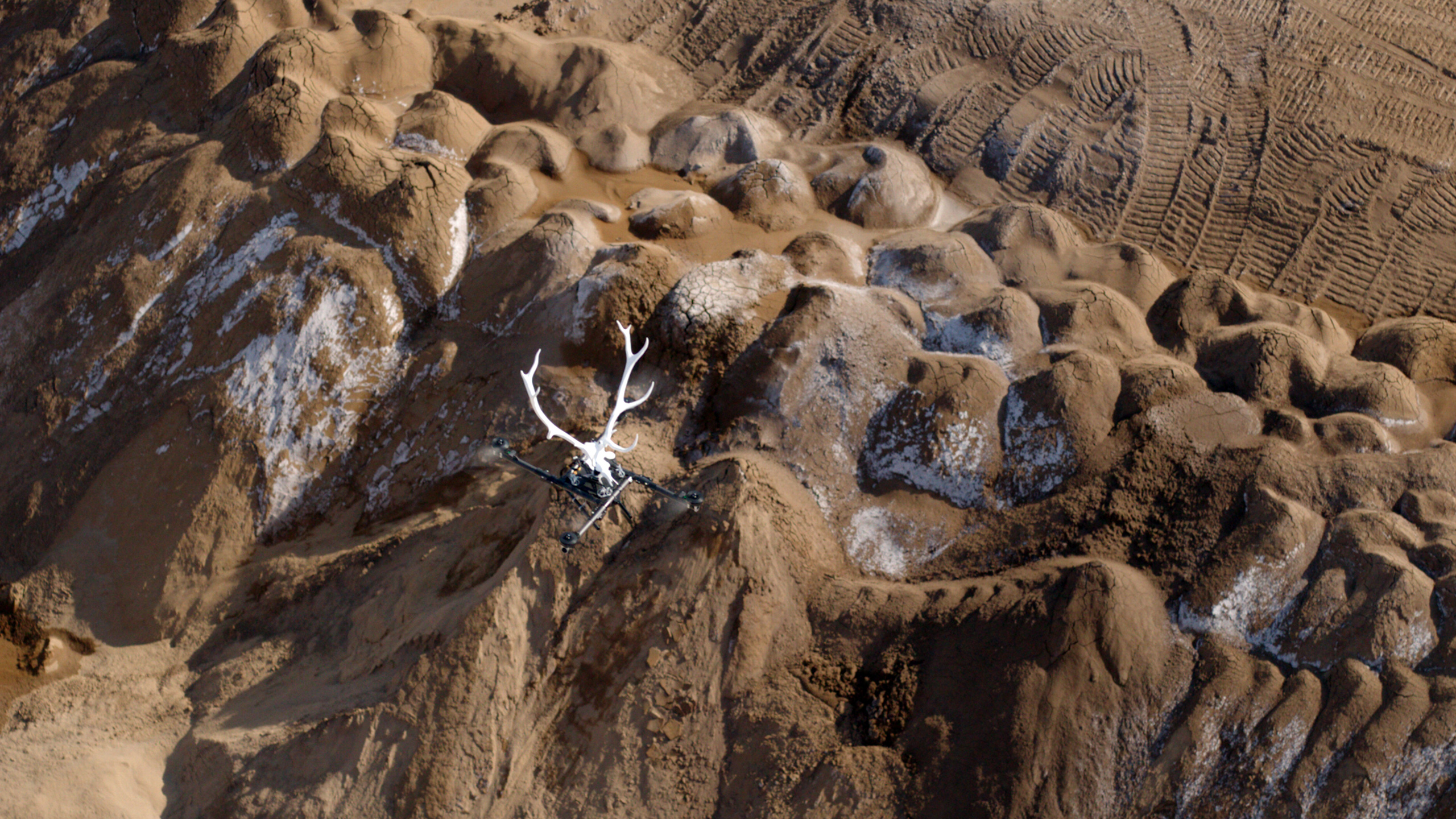 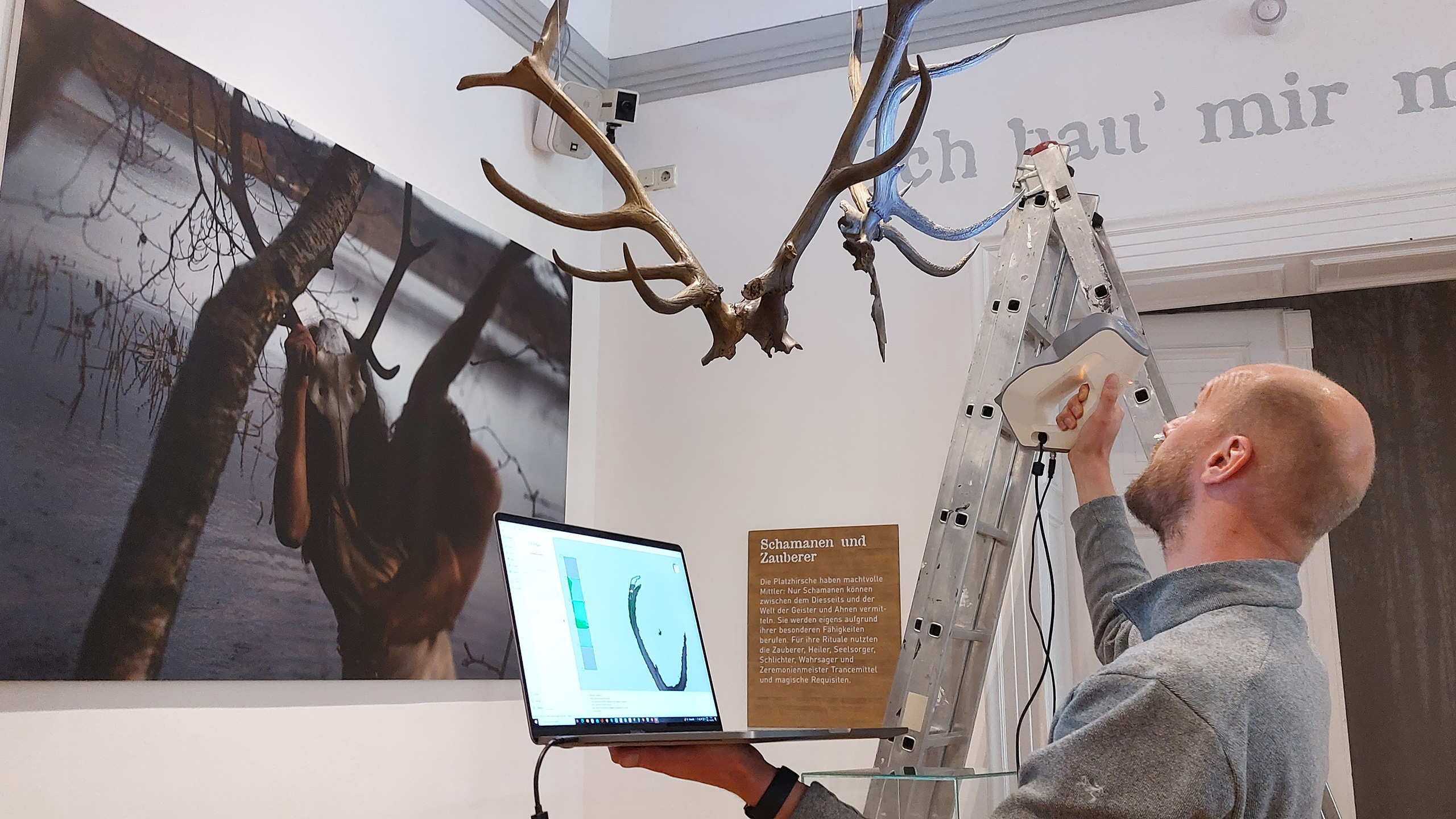 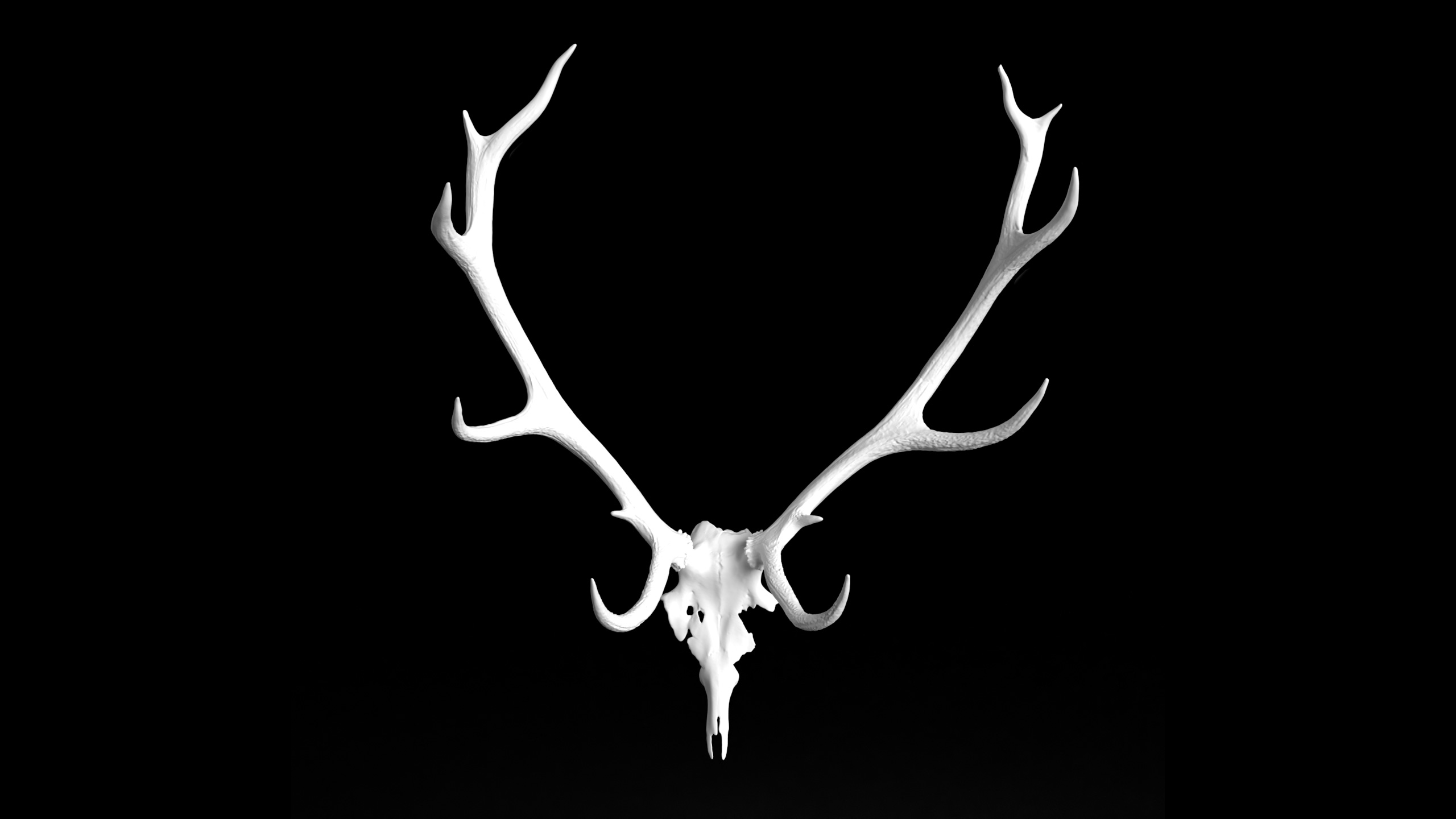 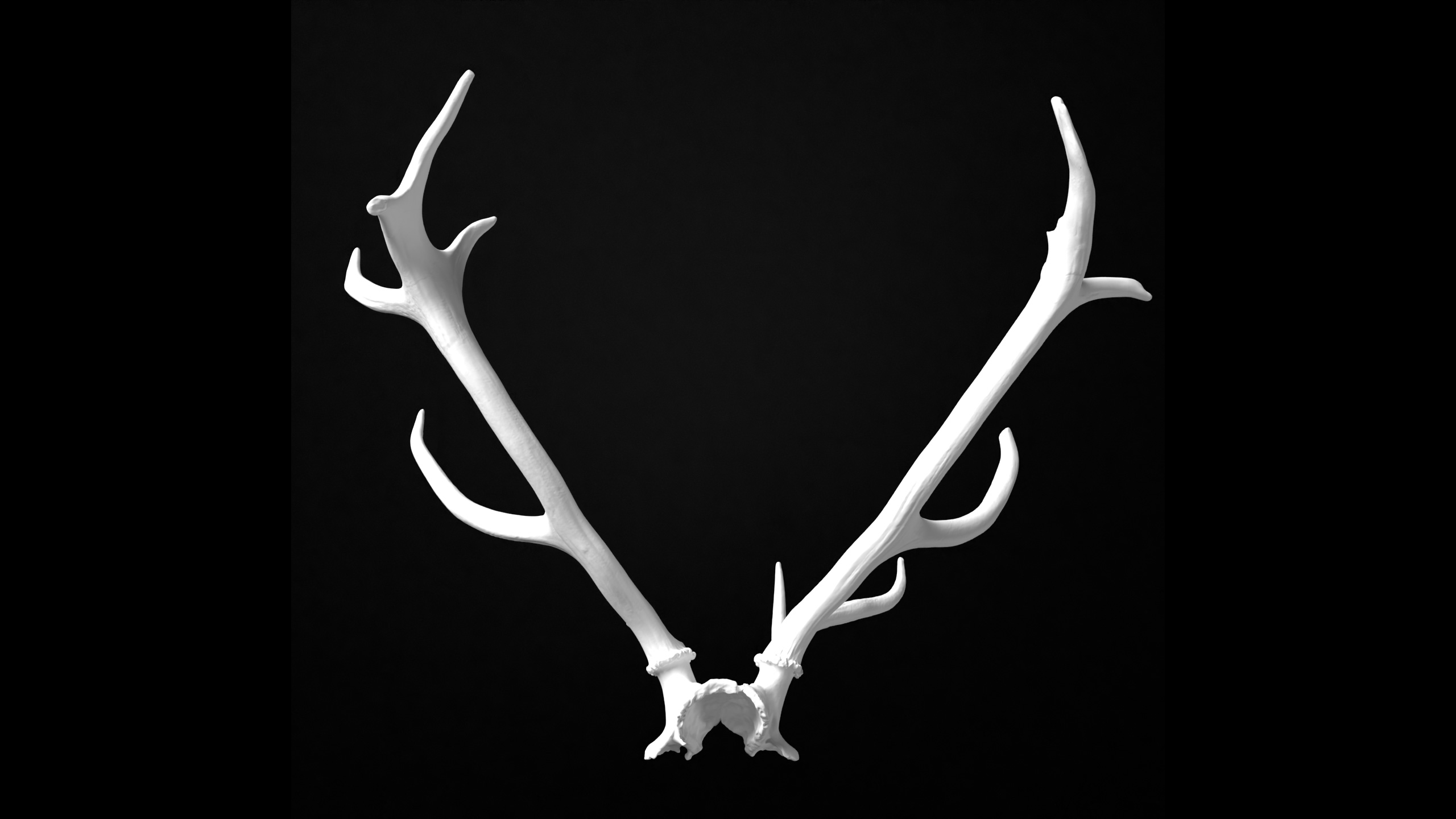 Ancestors Rising is a site-specific intervention at the Garzweiler lignite mine in North Rhine-Westphalia, Germany. In 1987 archaeologists made a unique discovery in the middle of the Garzweiler mine when they found two 10.000-year-old antler frontlets. These extremely rare objects were most likely part of a shamanic garb, worn during important ceremonies in the stone age. The work reactivated the antler artefacts through a site-specific intervention on site by temporarily bringing the archeological objects back to their exact find place.

As a consequence of the large-scale excavation, many archeological sites have been unearthed, providing insights into different layers of human history that would otherwise be kept unseen. Nevertheless, the majority of the artefacts and monuments get demolished before they are even discovered and archaeologists are working in a race against the clock to save as much as possible from the devastating claws of the excavators.

According to the scientists who studied the antler objects, they may have symbolised a connection with the wider universe, reaching out into the cosmos from the top of the head like antennae. The Mesolithic shaman created change in the physical world from the visions he received from the universe, affecting health, fertility, crops and hunt.

Next to equipping us with the technical information about the age of this cultural landscape, the antler headdress’ symbolical meaning might be of an even stronger, potentially activistic quality. It reconnects us back to a time when humans still saw themselves as part of the wider environment. Rituals of sacrifice and worship were meant to keep the gods satisfied, it kept humans in check with the forces of nature, contributing to a holistic balance with their surroundings. In the Anthropocene, this balance has been disturbed. At the same time, the Stone Age can be seen as the turning point in human history. The cultivation of fire and the start of agriculture might have been the first indications of the nature-culture dichotomy.

Ancestors Rising aimed to revisit this point of departure in order to rethink the role of humans in this particular environment and to envision ways to reconnect with the intrinsic nature of the land. The work reactivated the antler artefacts through an intervention on site by temporarily bringing the archeological objects back to their exact find place. Nowadays, the geographical coordinates point towards a location in the sky, since all surrounding earth has been excavated. Therefore, a drone was used to fly one of the objects back to its original location. The other replica was used as an extension of the antennae of the pilot’s remote control, reestablishing a link to its original function as an instrument to transmit signals into the atmosphere. To make this possible, replicas were printed from 3D scans of the original antlers. The new objects were then redesigned to form a new instruments together with the drone and remote control, merging the ancient with the contemporary.  The intervention is documented and the video will be screened during several future presentations and exhibitions. For upcoming events, click here.