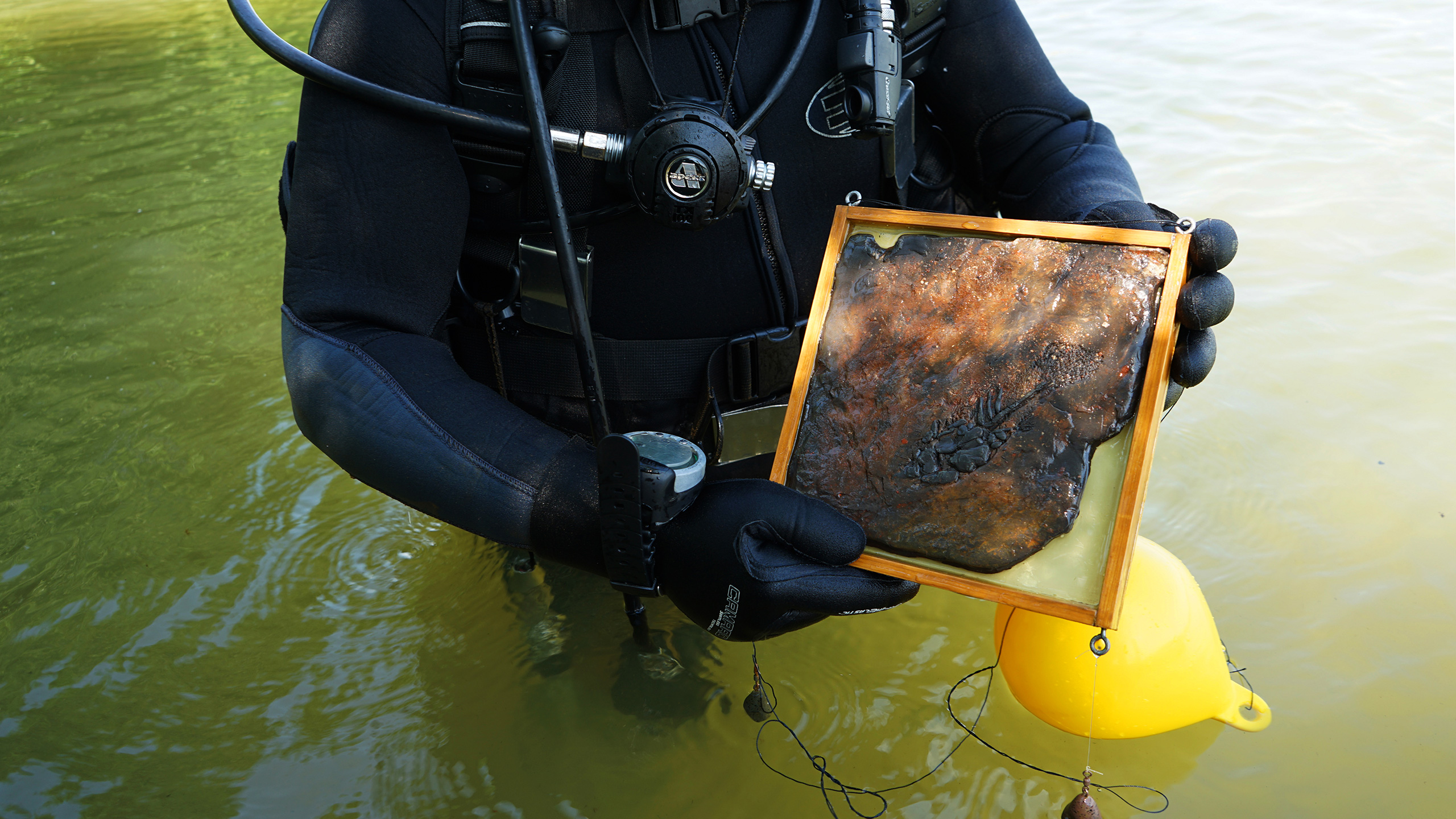 Descent into the Future

Descent into the Future II: Performance/video

Exactly one year after the fish-fossil was replicated, it was replaced on its original finding spot within the Blausteinsee. The journey was filmed, resulting in a video. By doing so, we performed a ritual which closed the material cycle of this landscape by returning an archaeological object to its thoroughly changed finding place. Carried by two local divers, the fossil was brought 40 meter down inside the lake. To our immense surprise, the only fish caught on film by the divers were Round Goby’s – the exact fish species which used to live in this landscape during the Pliocene and which ascended from the fossilized fish preserved in the archaeological find we were returning. On its way down, the divers filmed this fish species and the industrial remnants of the underwatermuseum which was once placed here by the lignite industry, illustrating the idle hope to make this place into a new, bustling diving hotspot and showing how the water itself reacted throughout time to the industrial changes within the landscape, causing an unbearable ecological scenario underneath the water surface. Amongst ambivalent objects like sunken car tires, Christmas trees and toilet seats, the fish fossil now stays in the depth as a valuable and meaningful object, showing the site-specific history and changing of this landscape to the divers visiting the perished underwatermuseum.