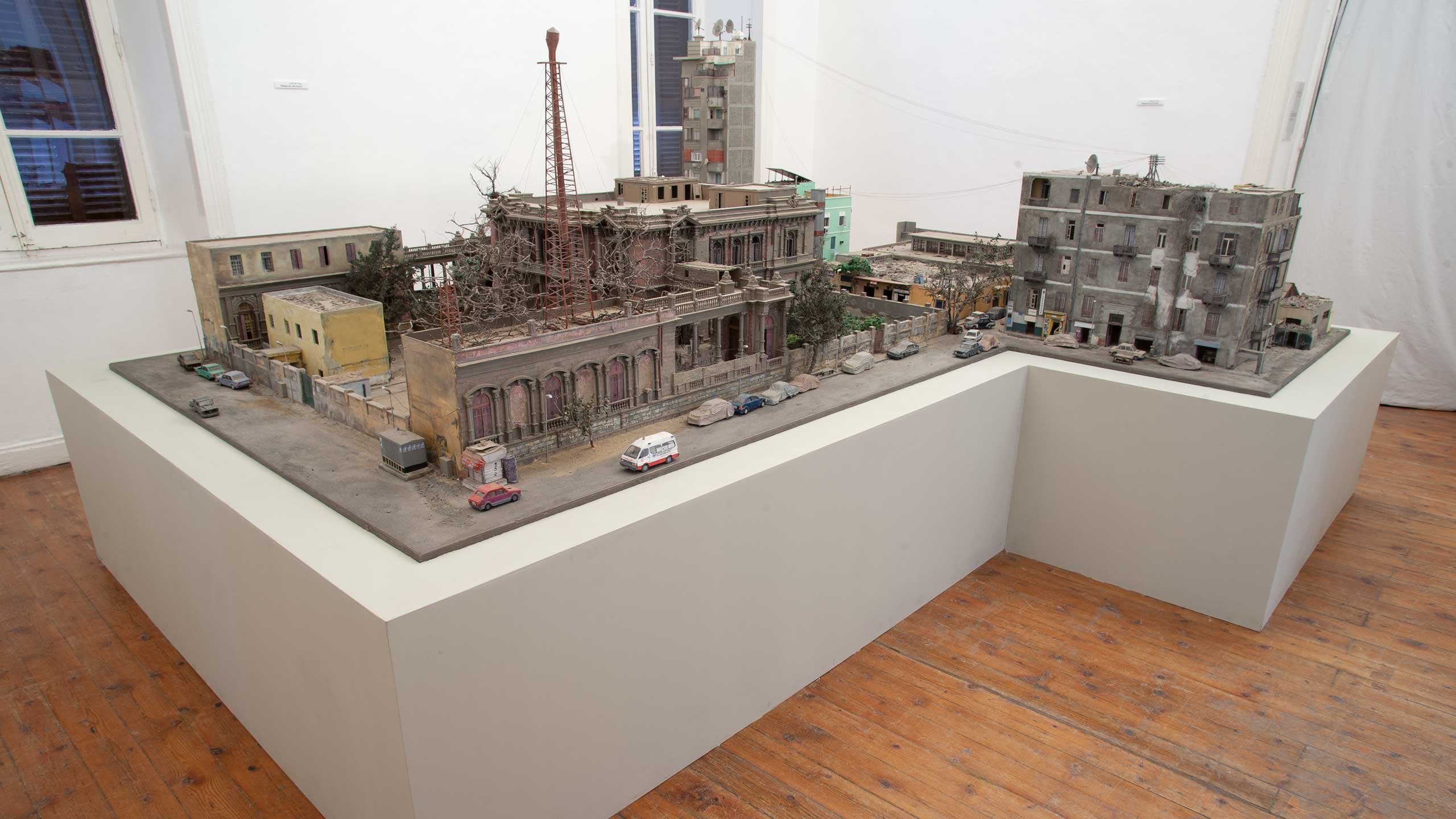 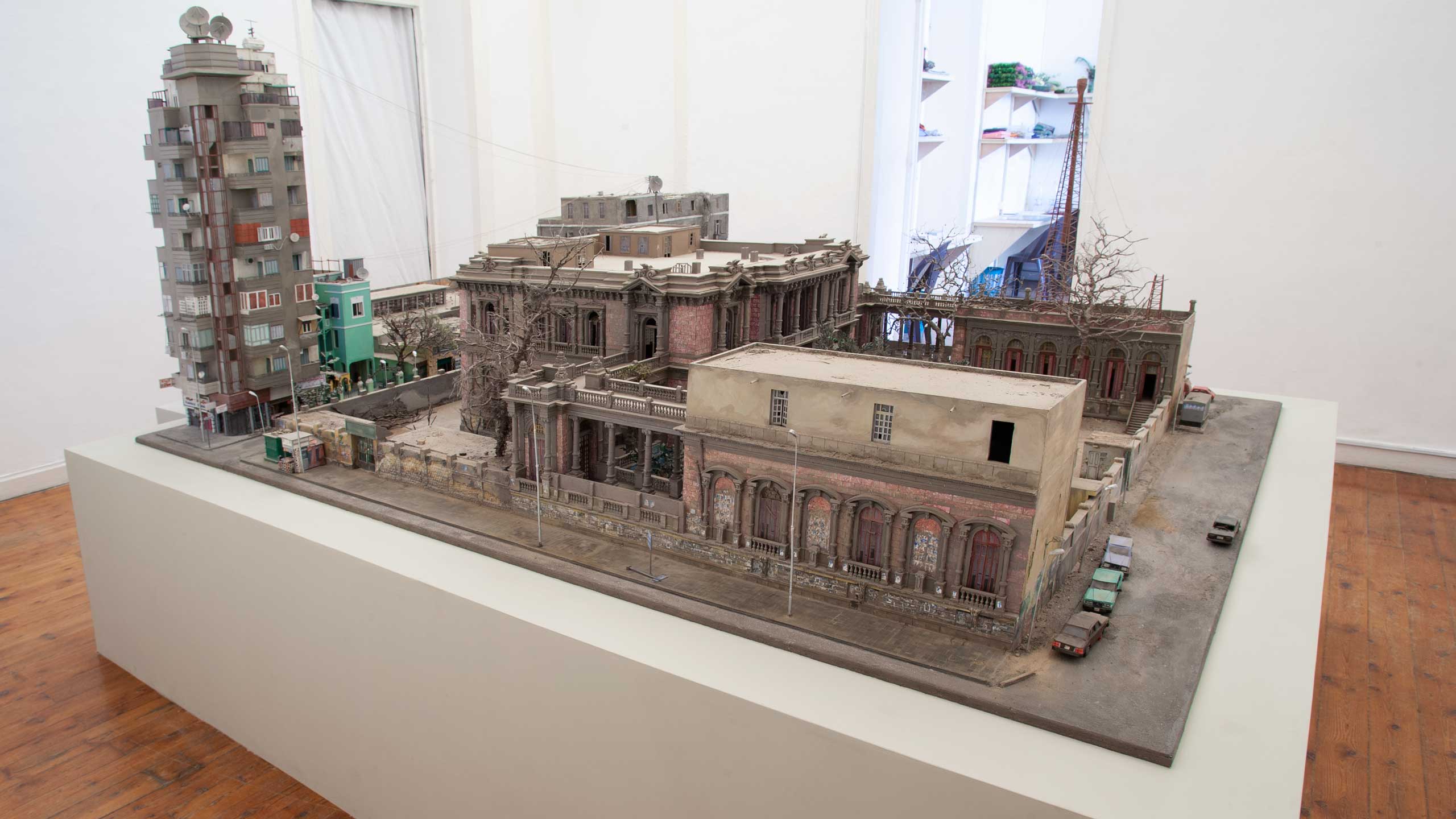 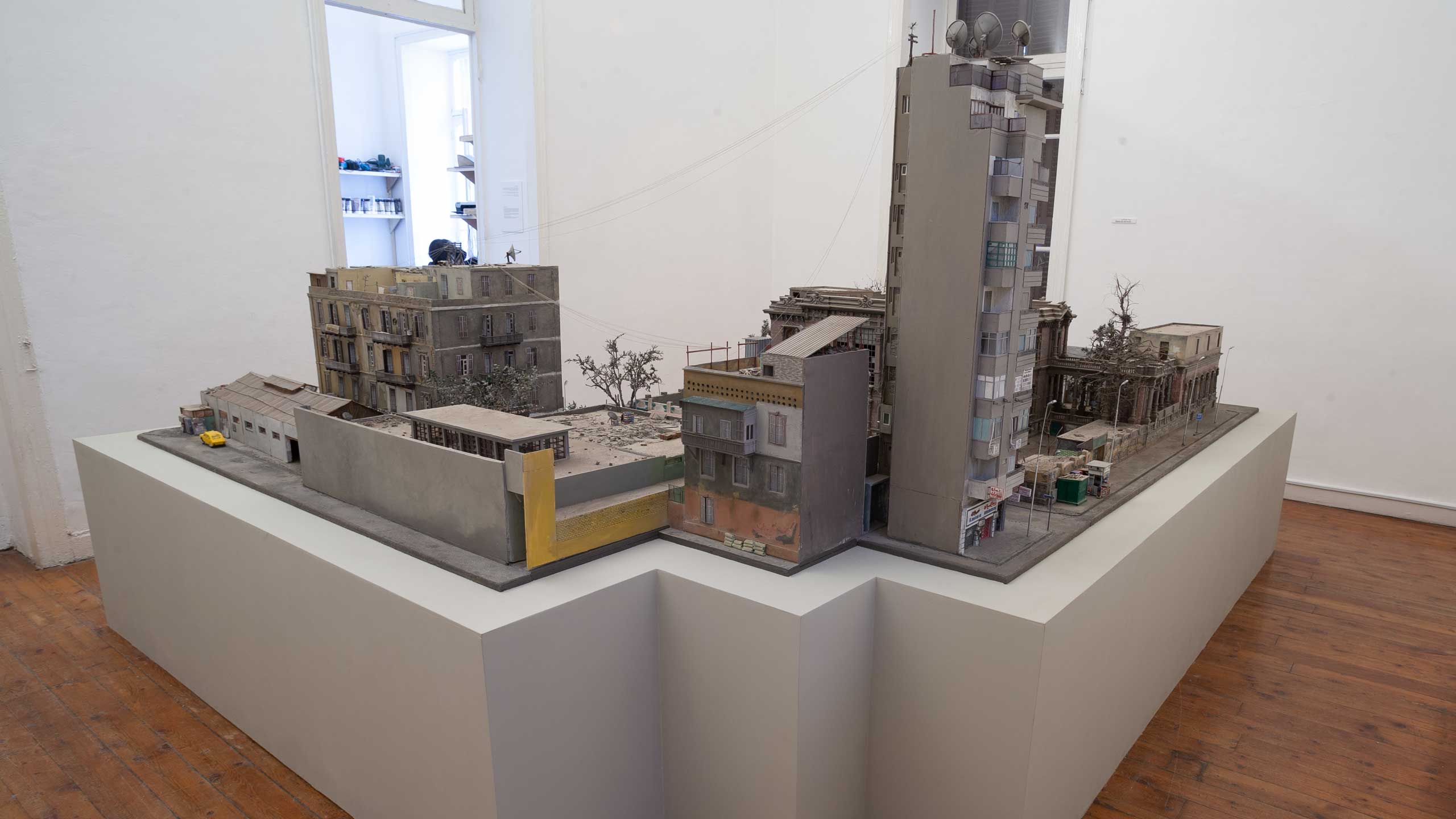 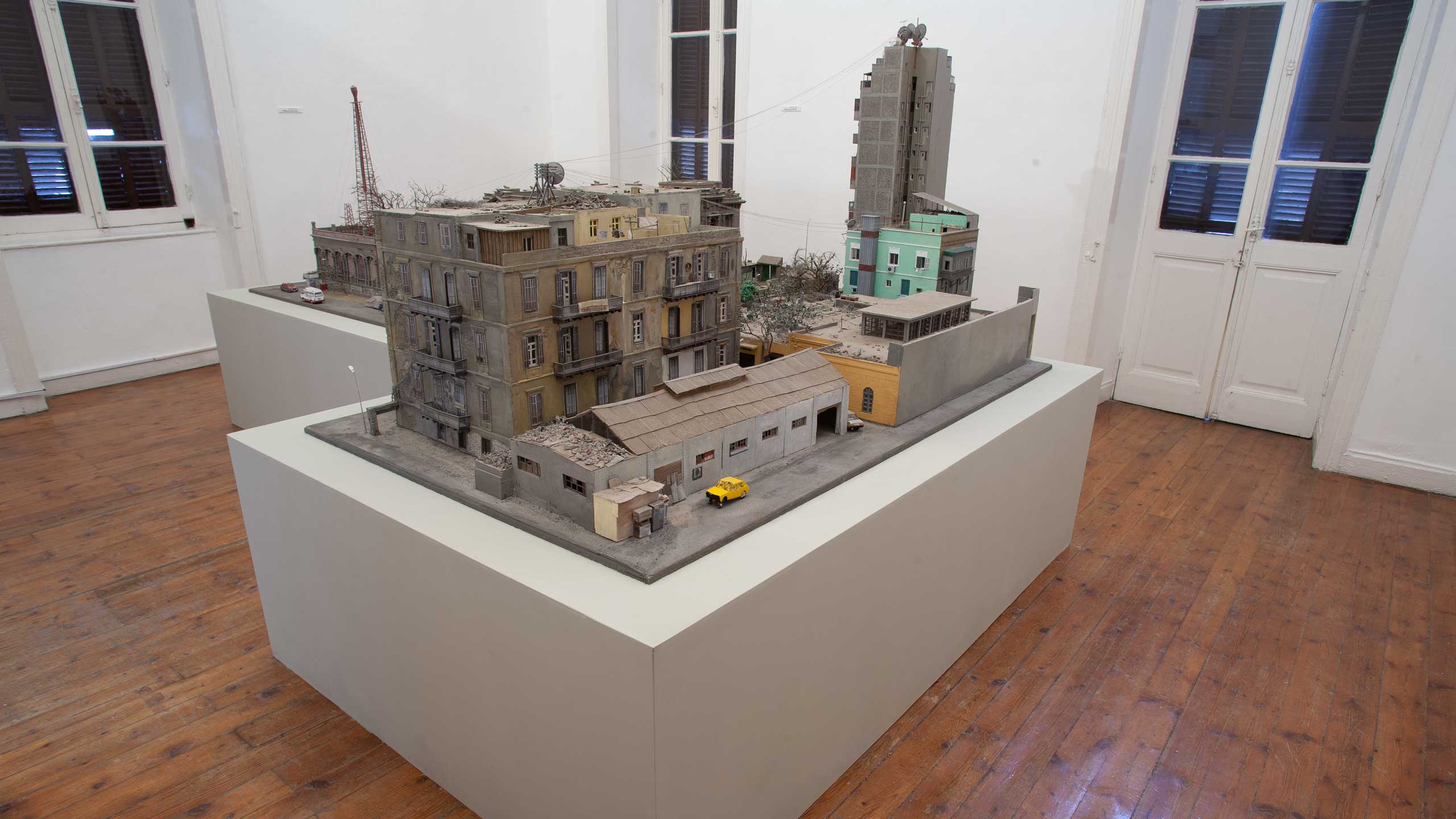 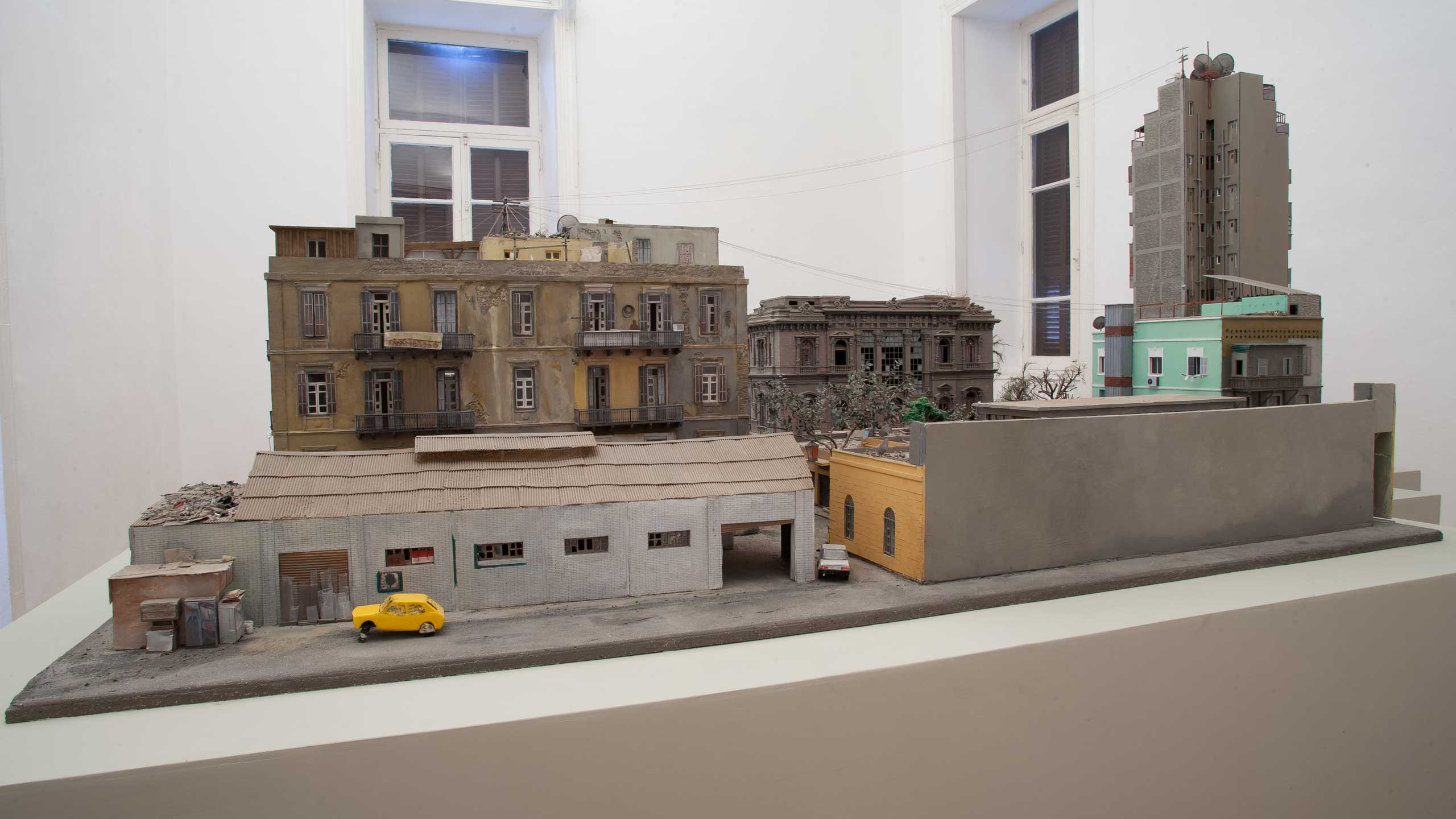 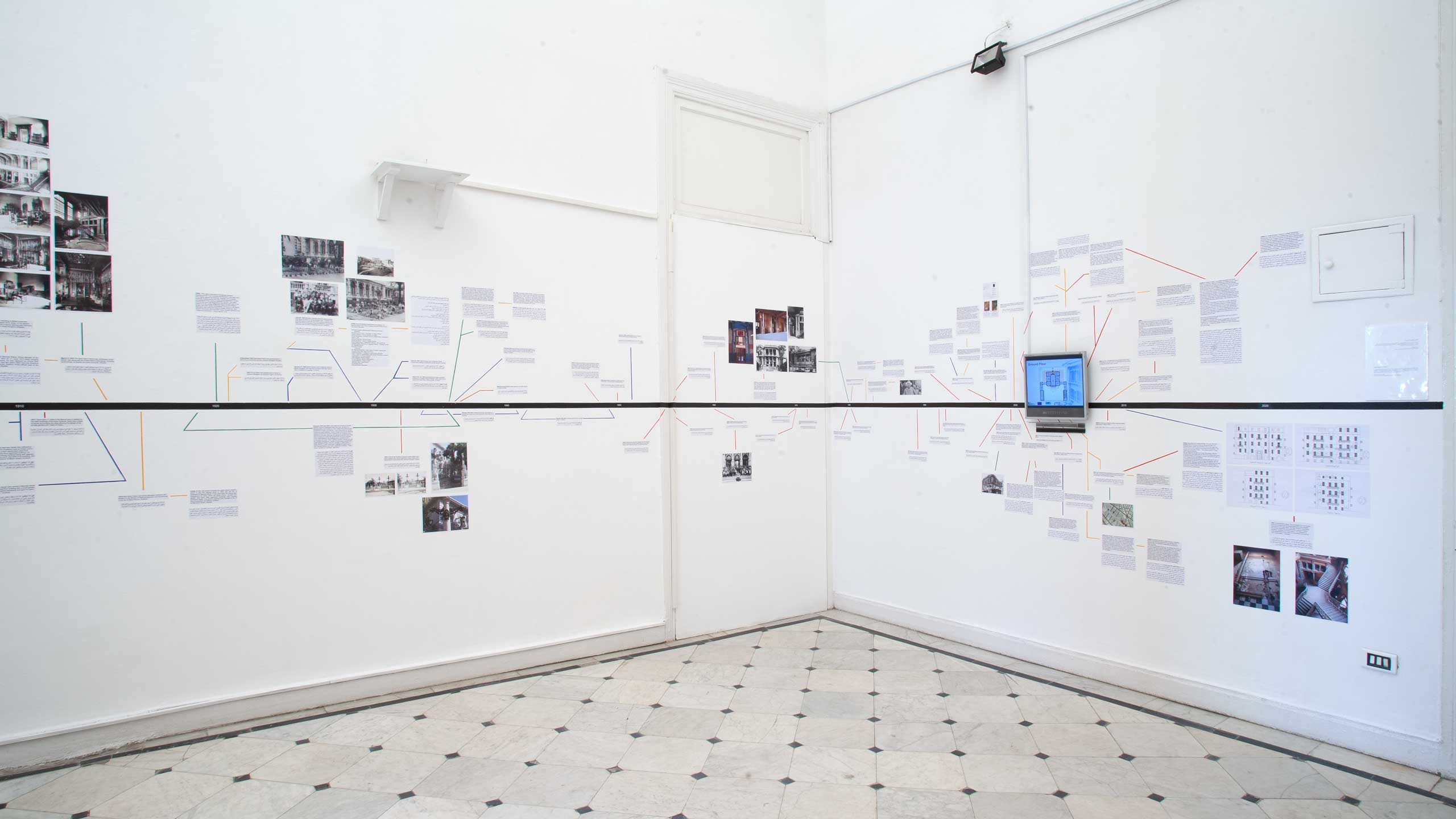 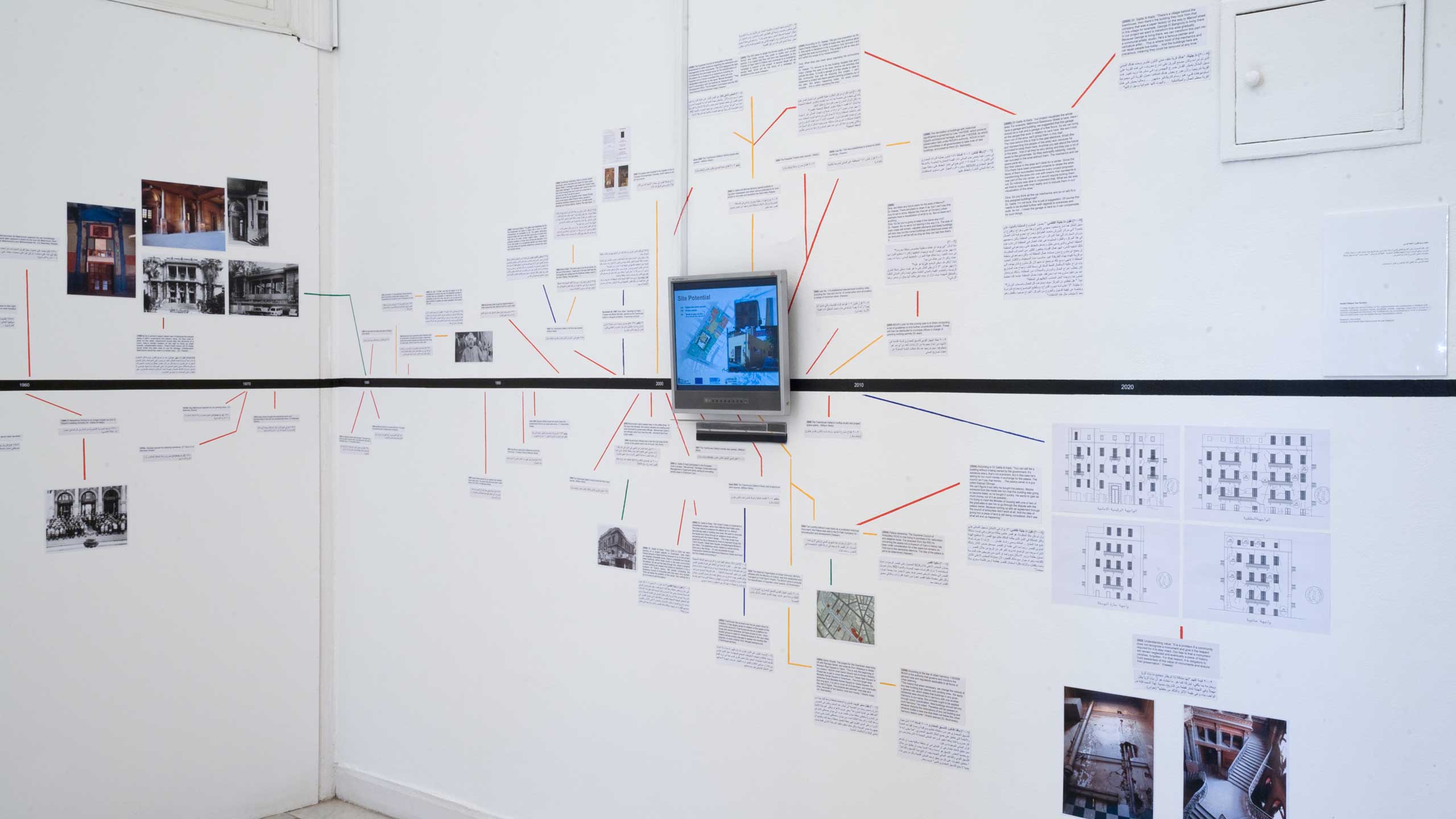 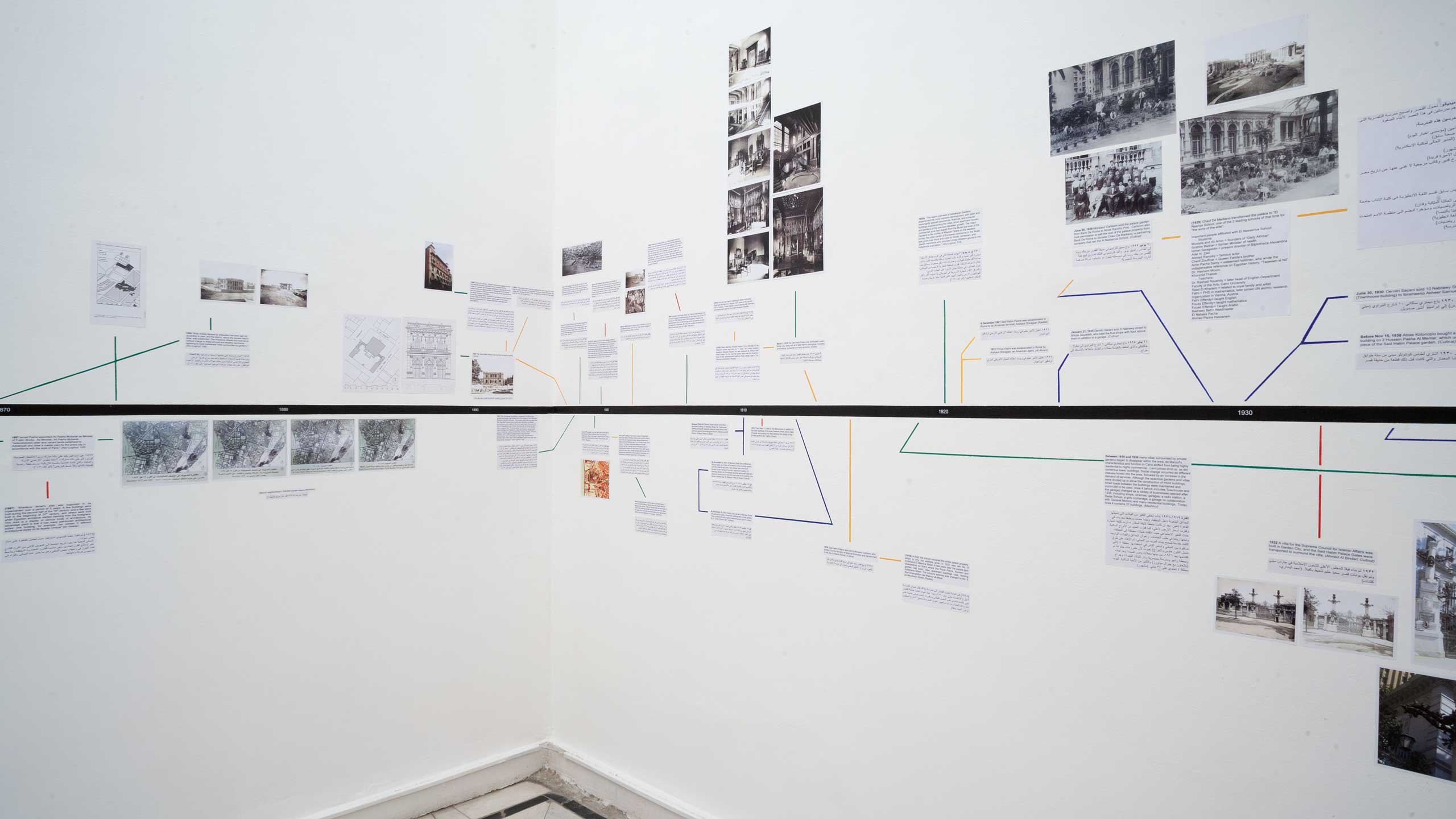 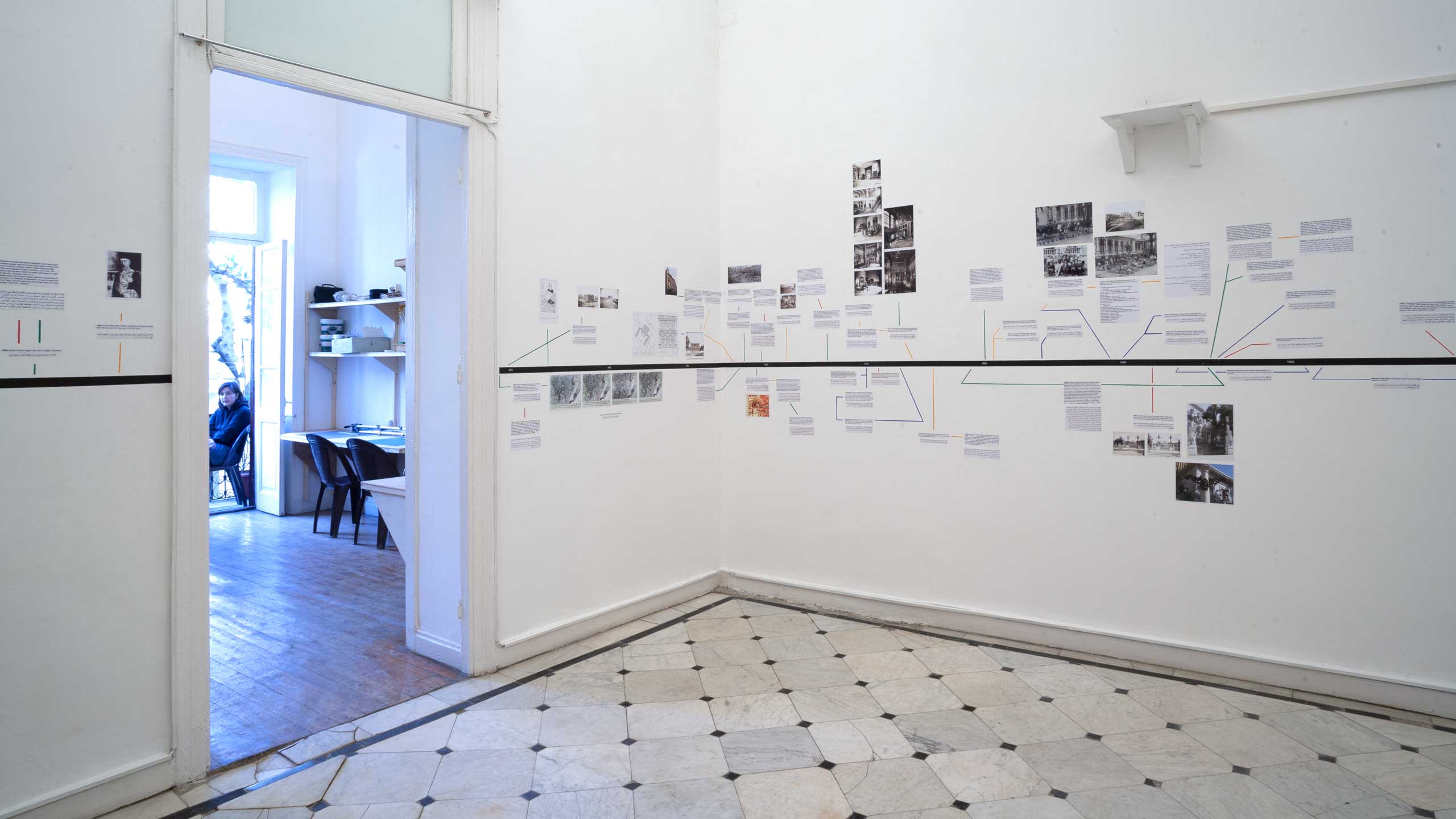 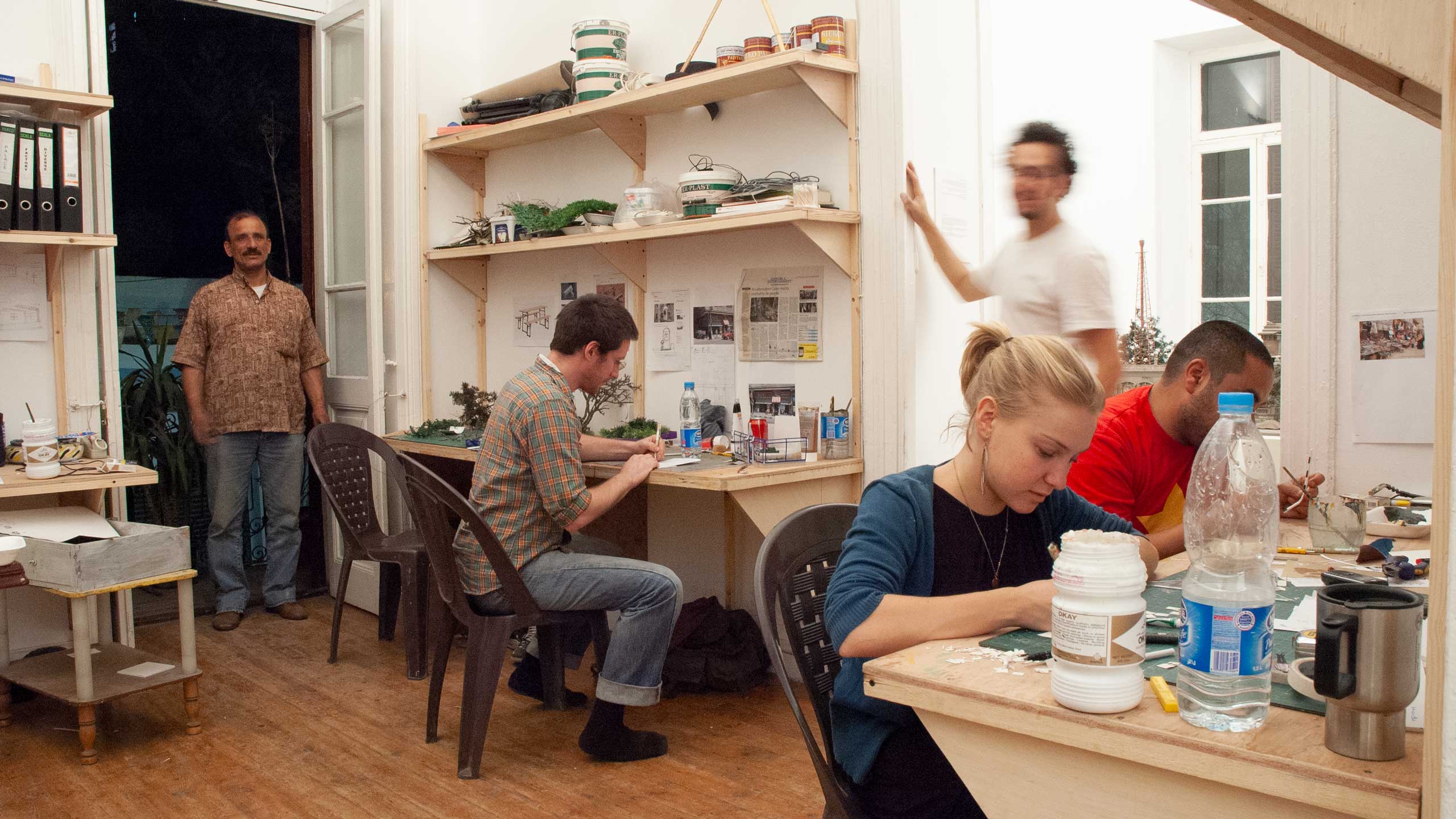 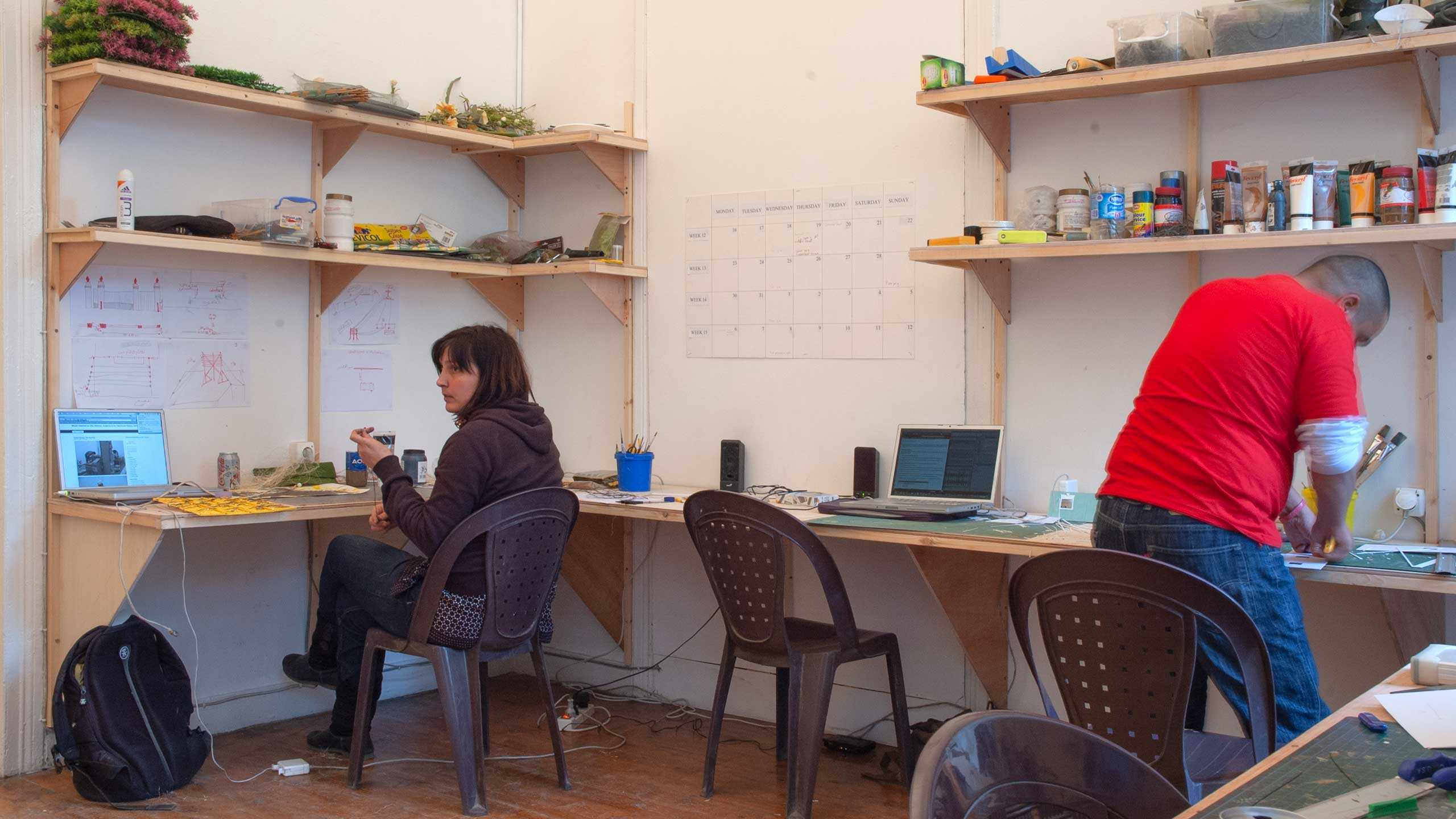 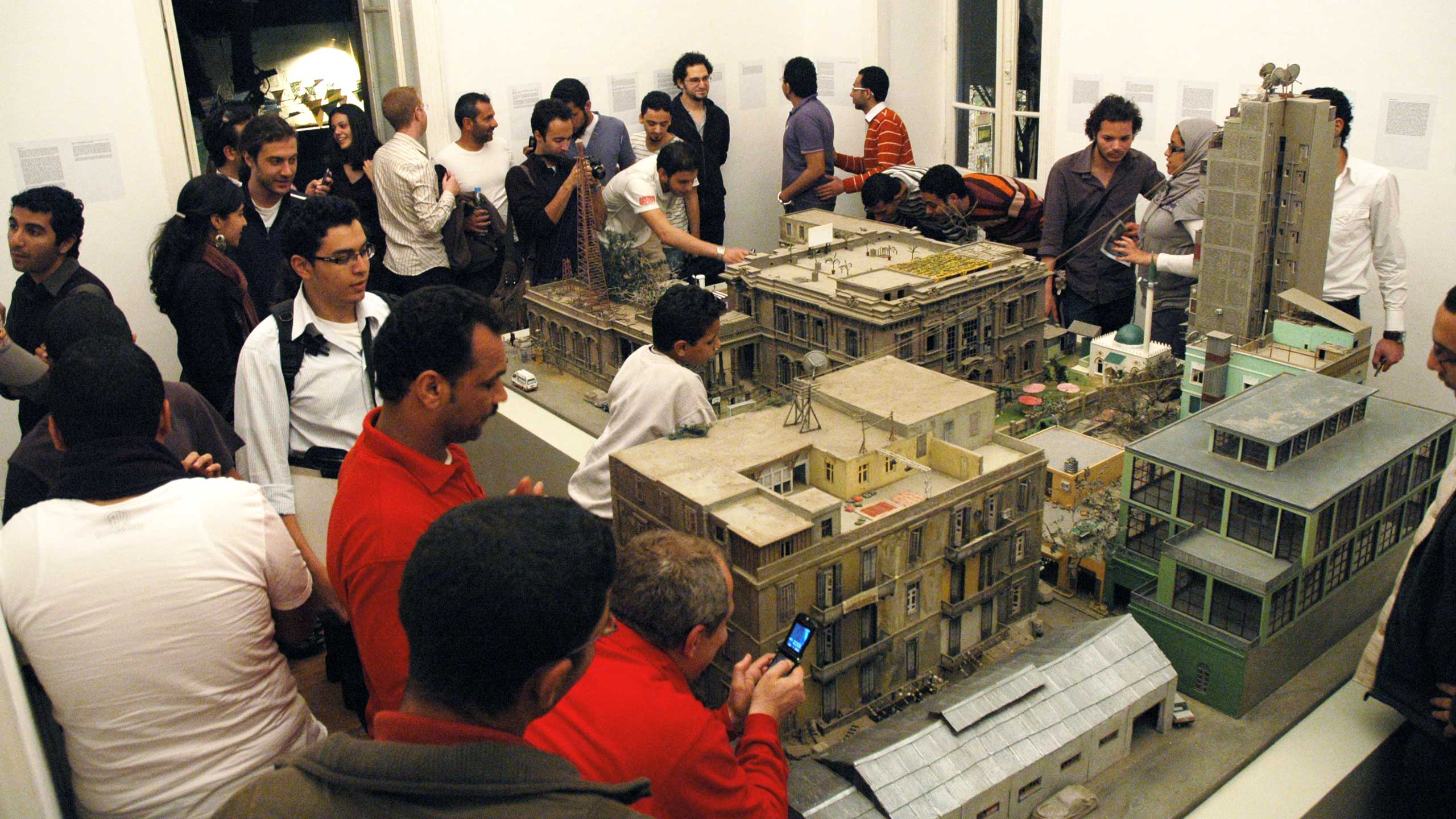 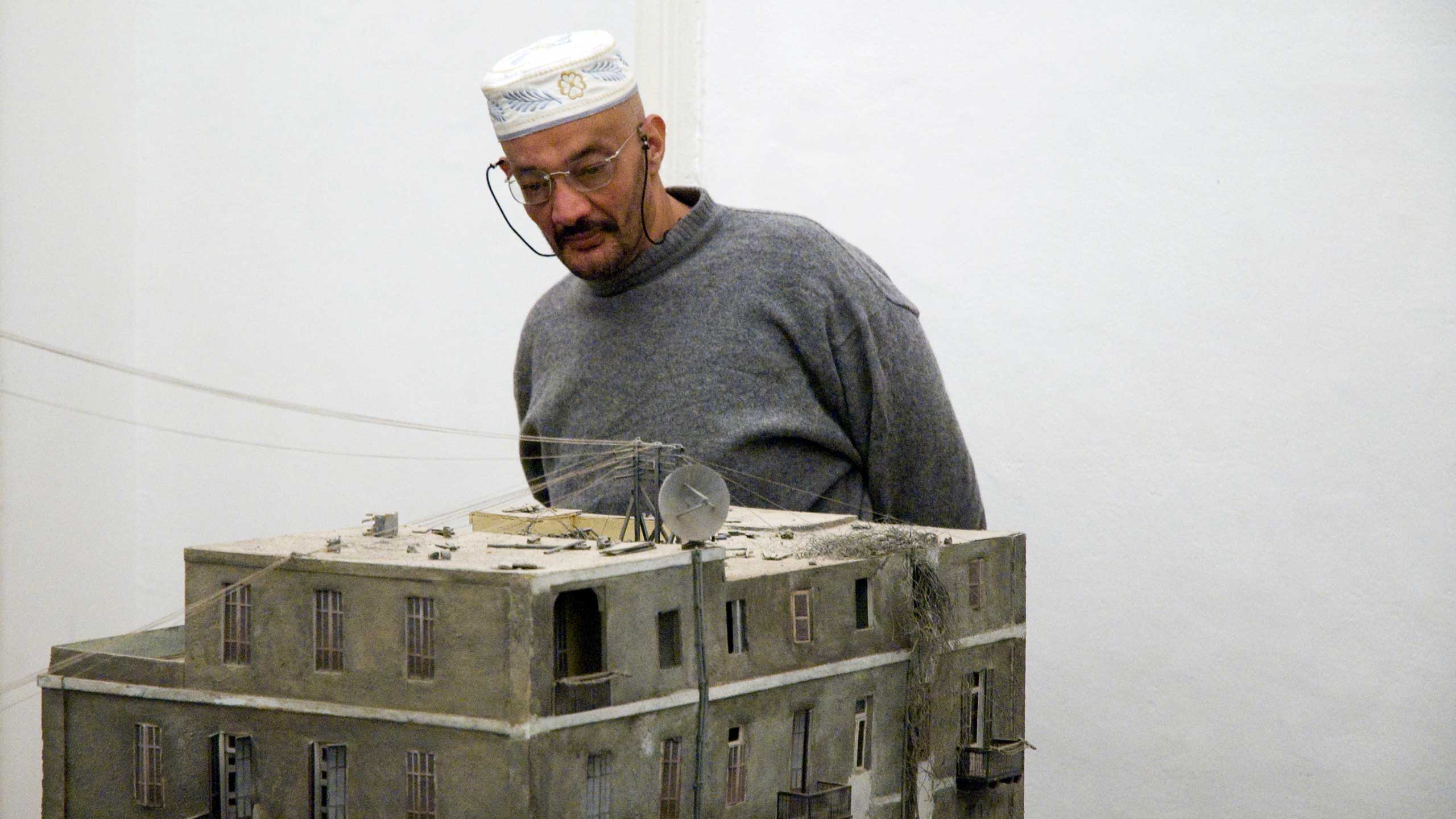 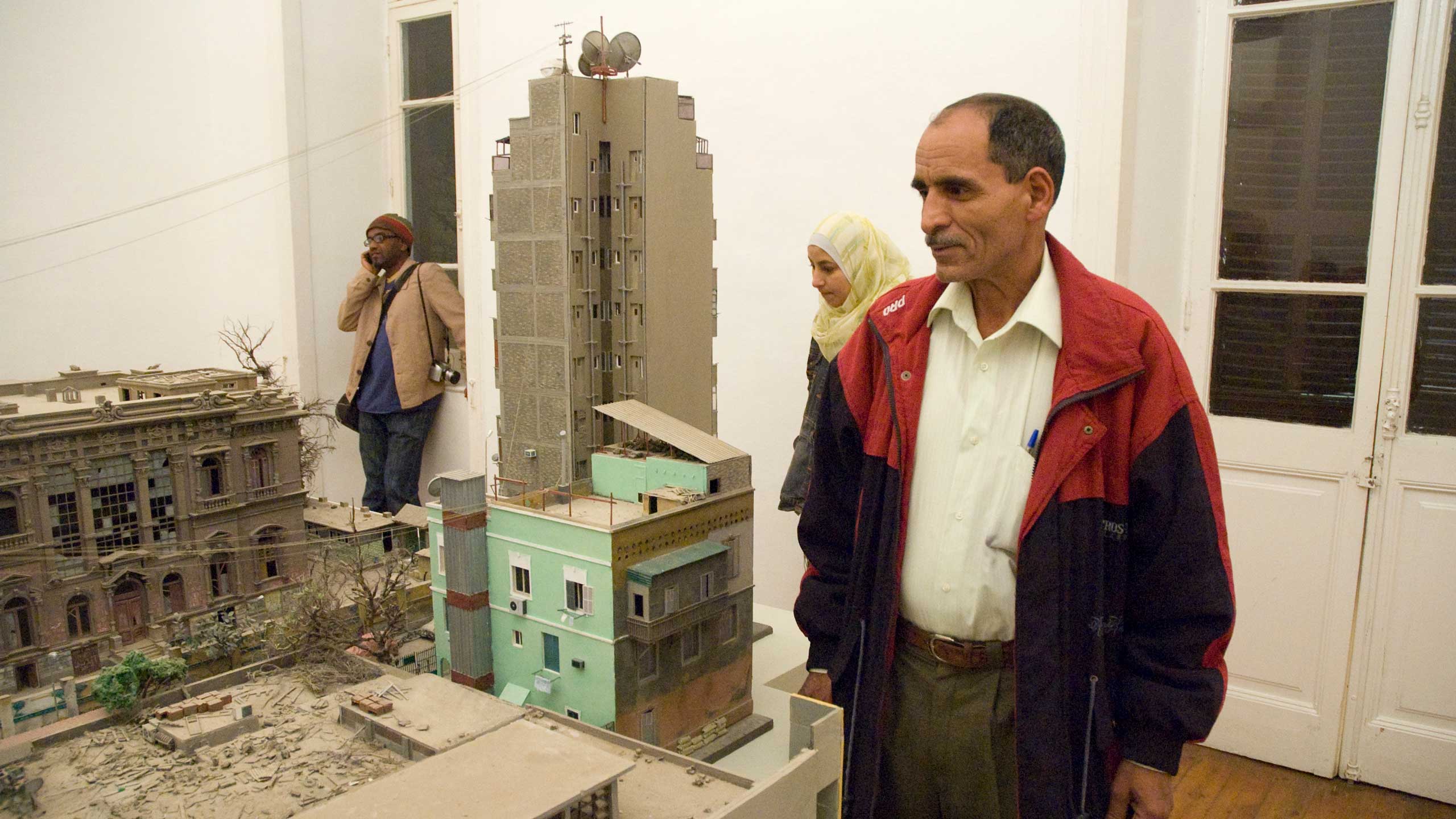 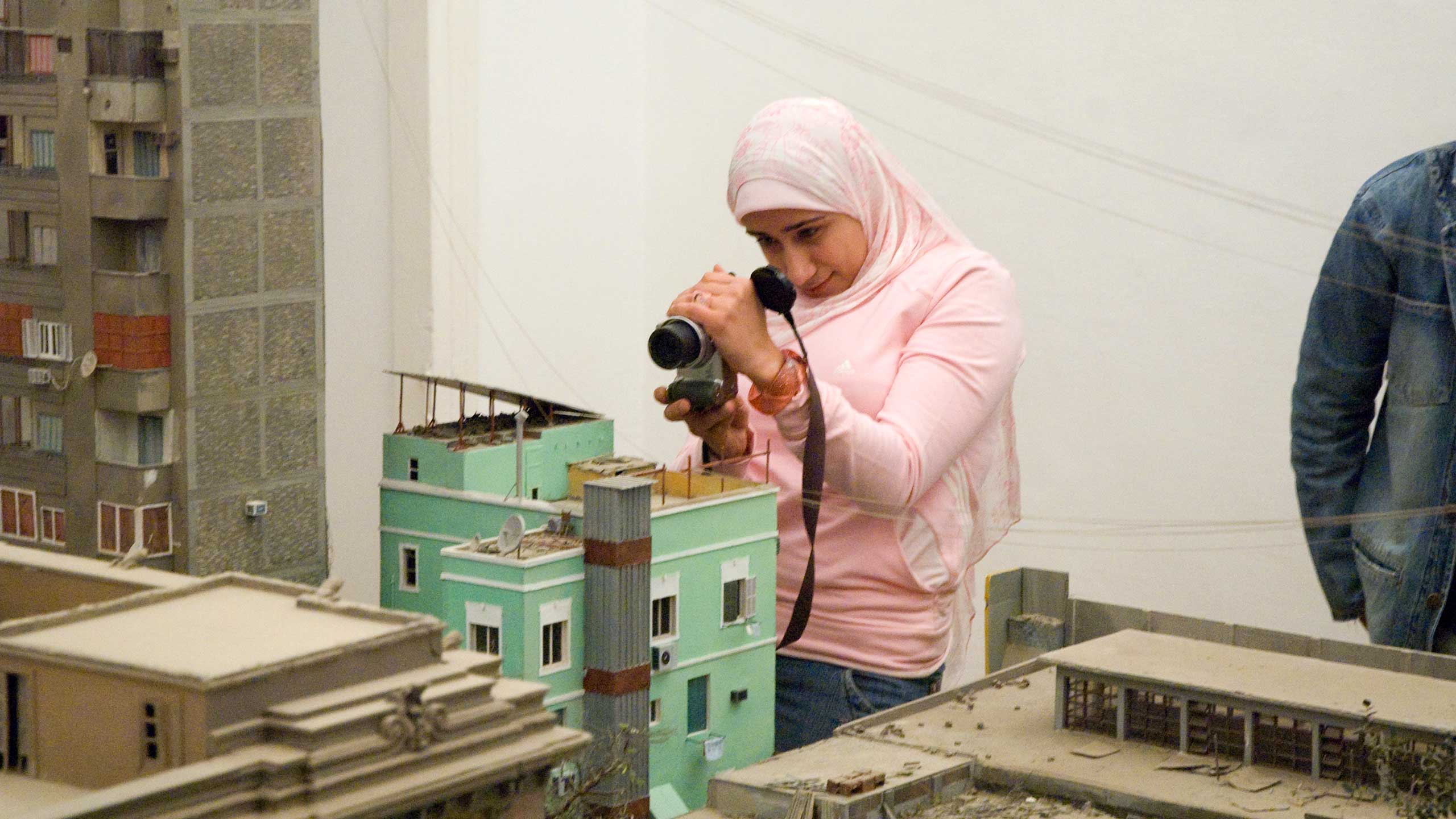 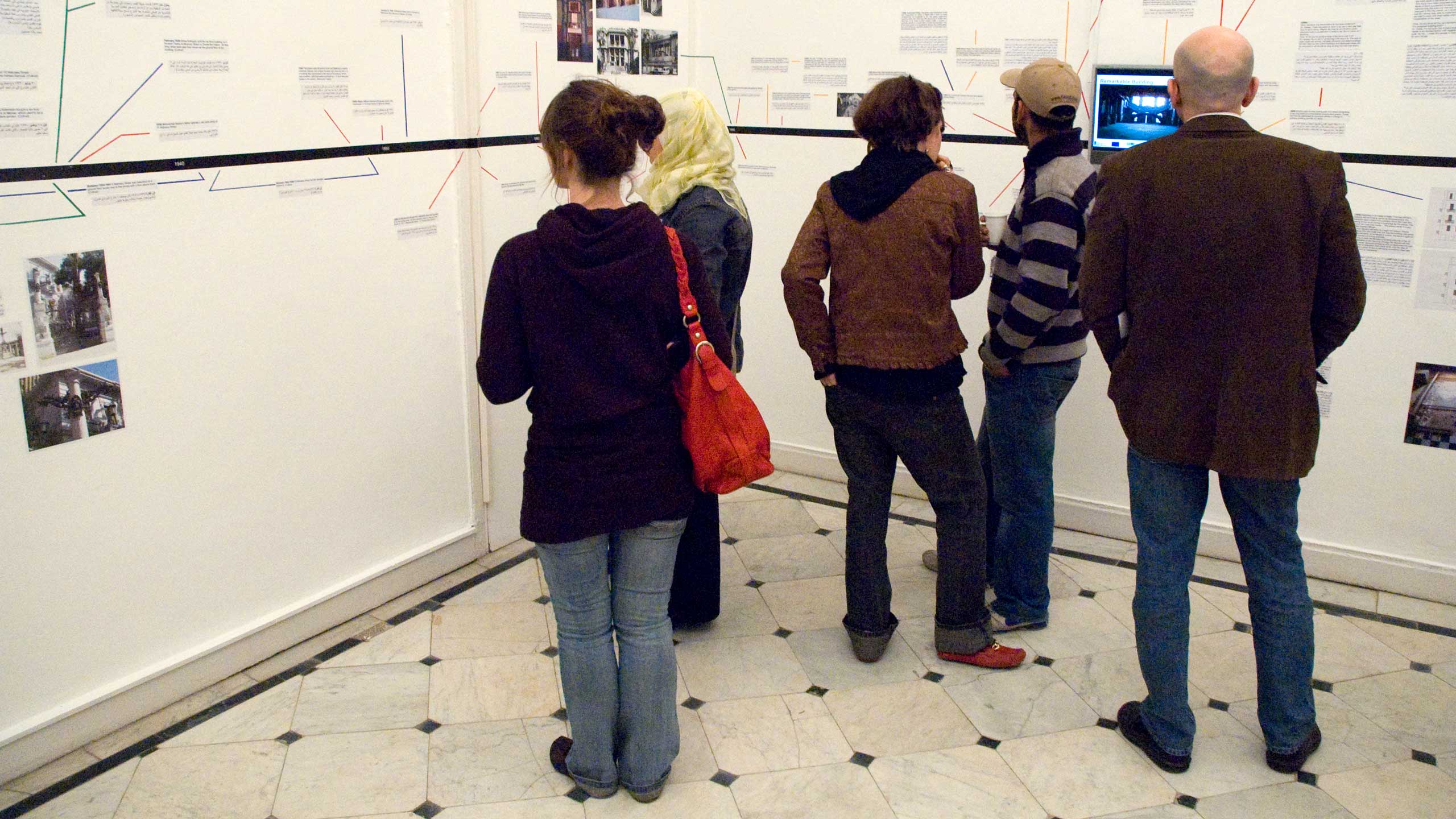 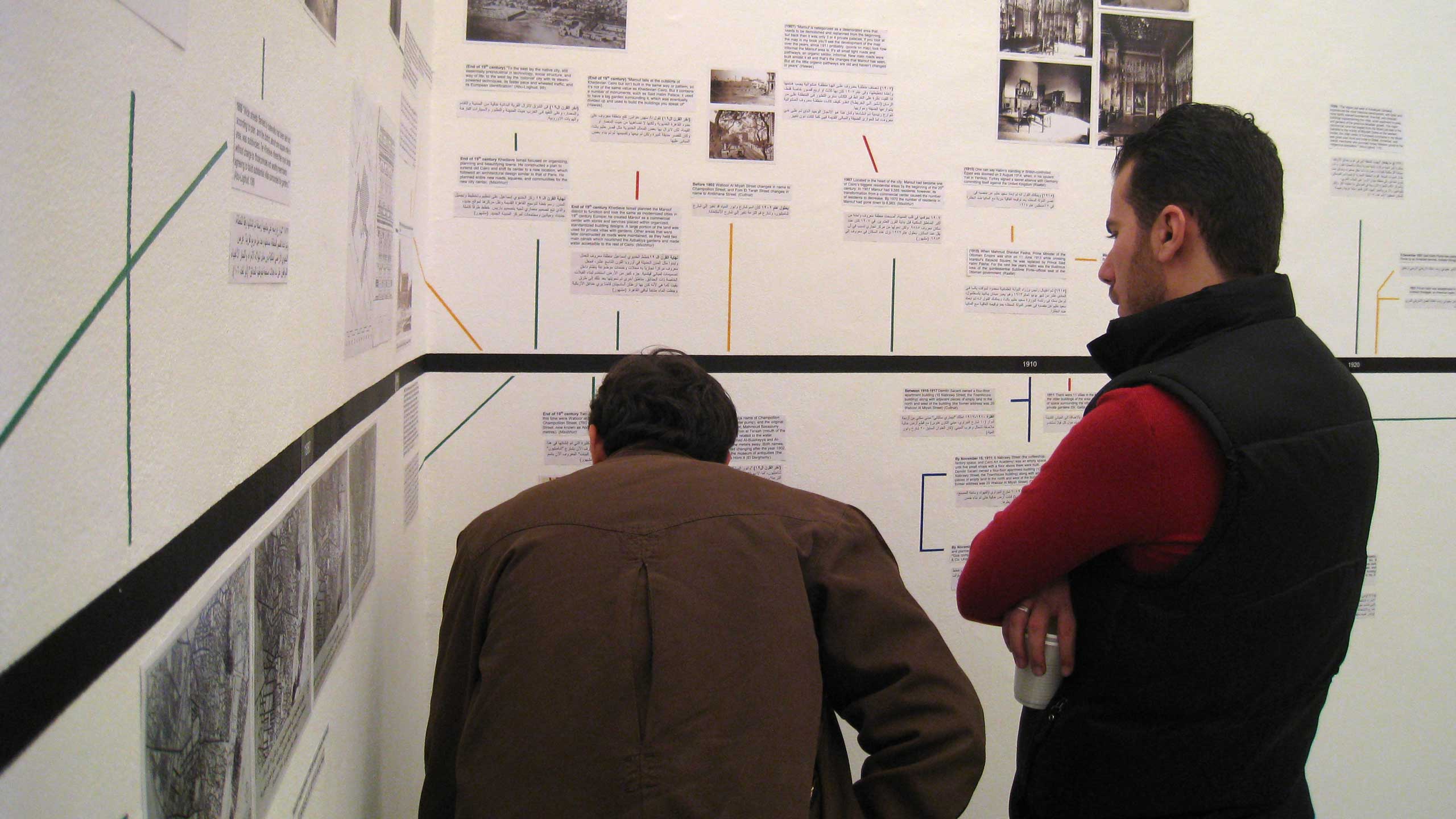 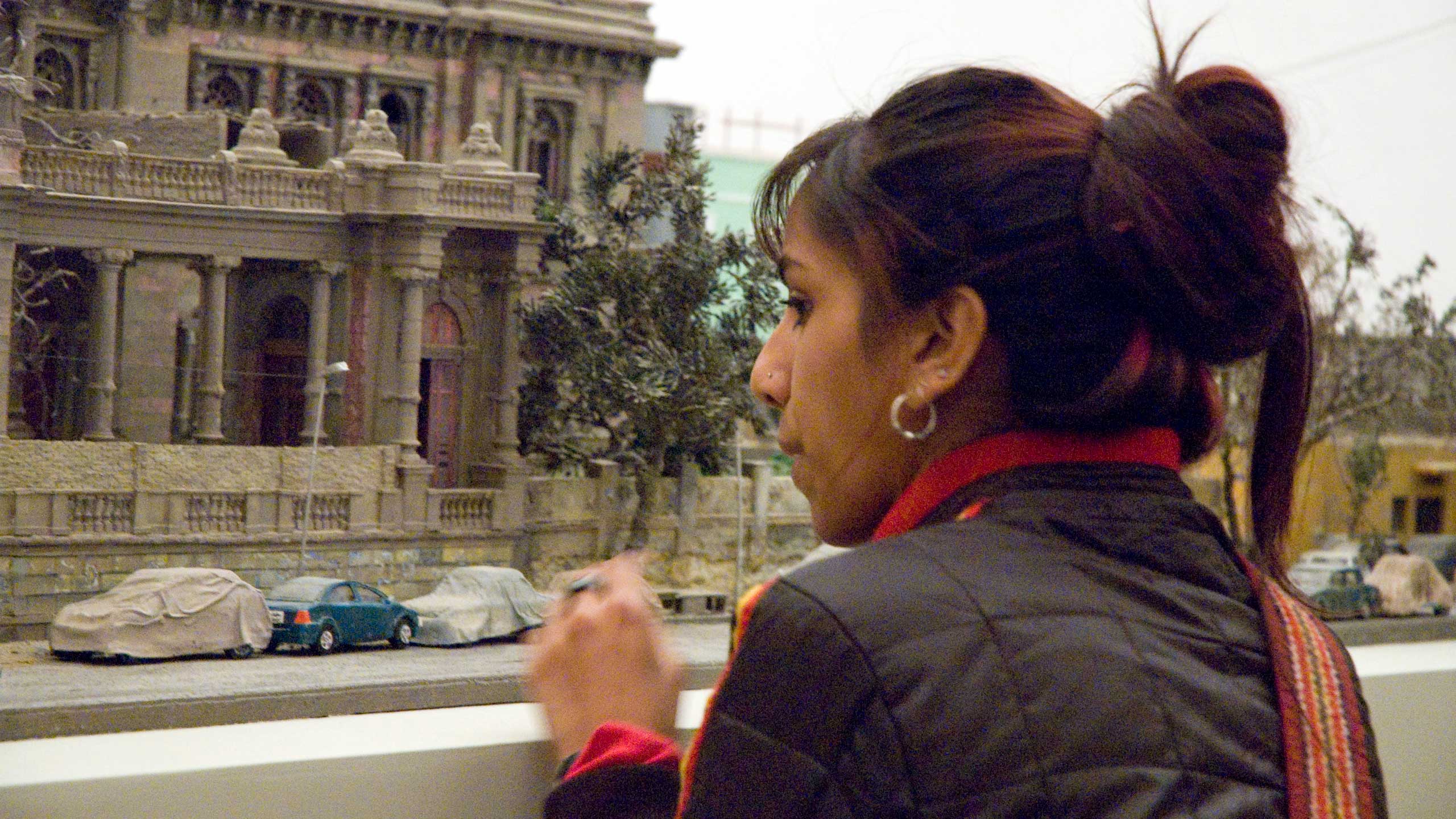 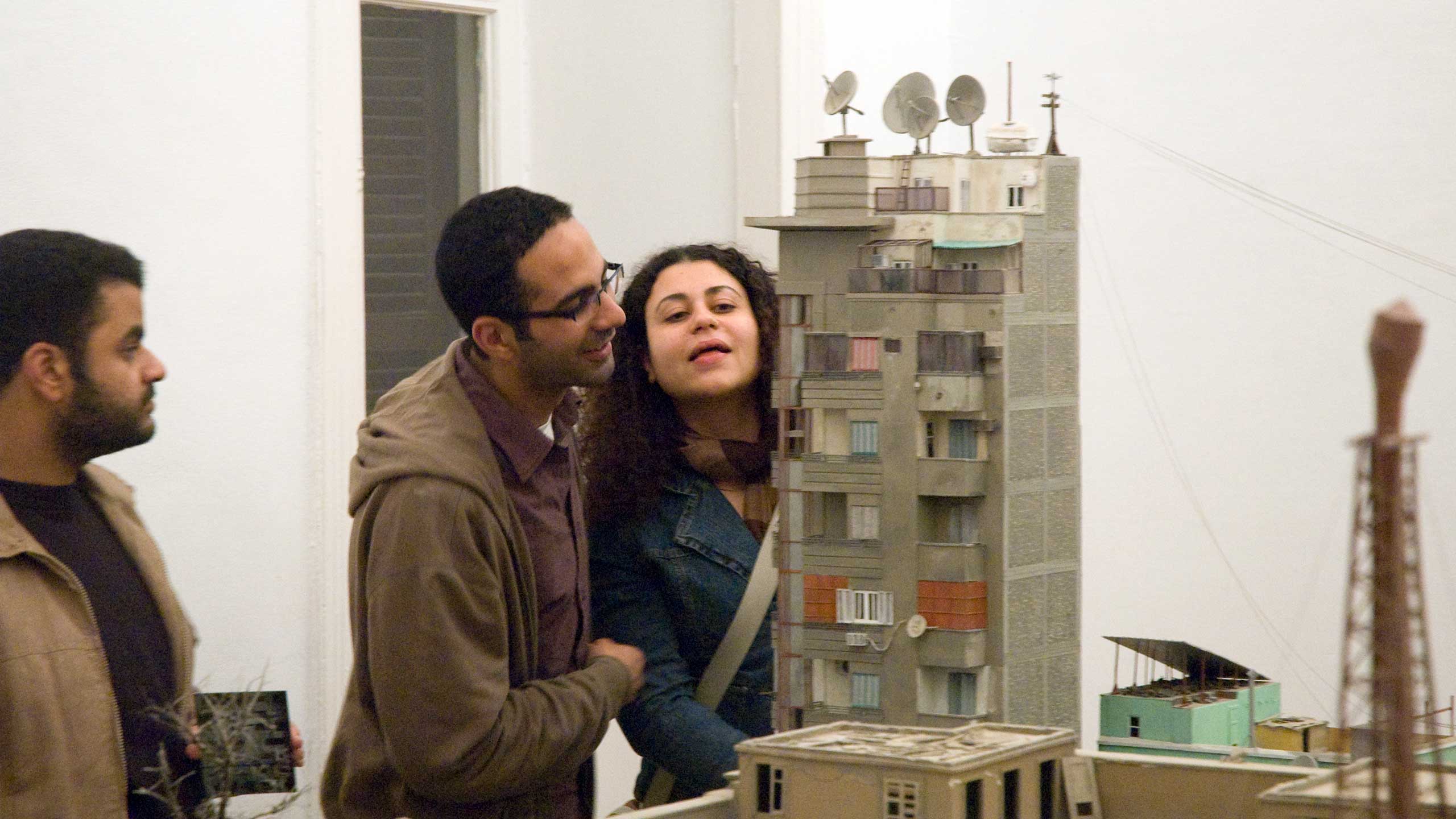 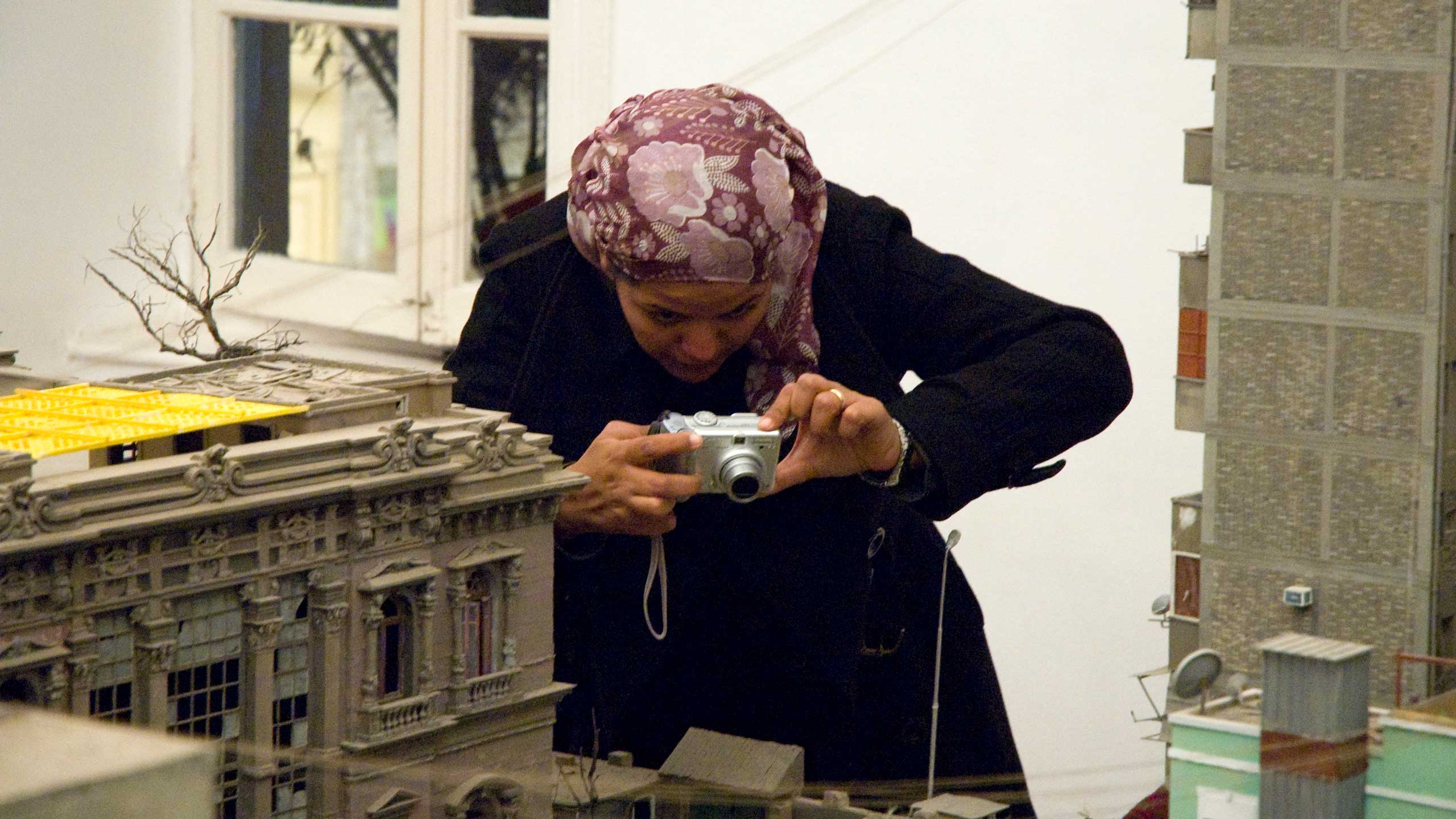 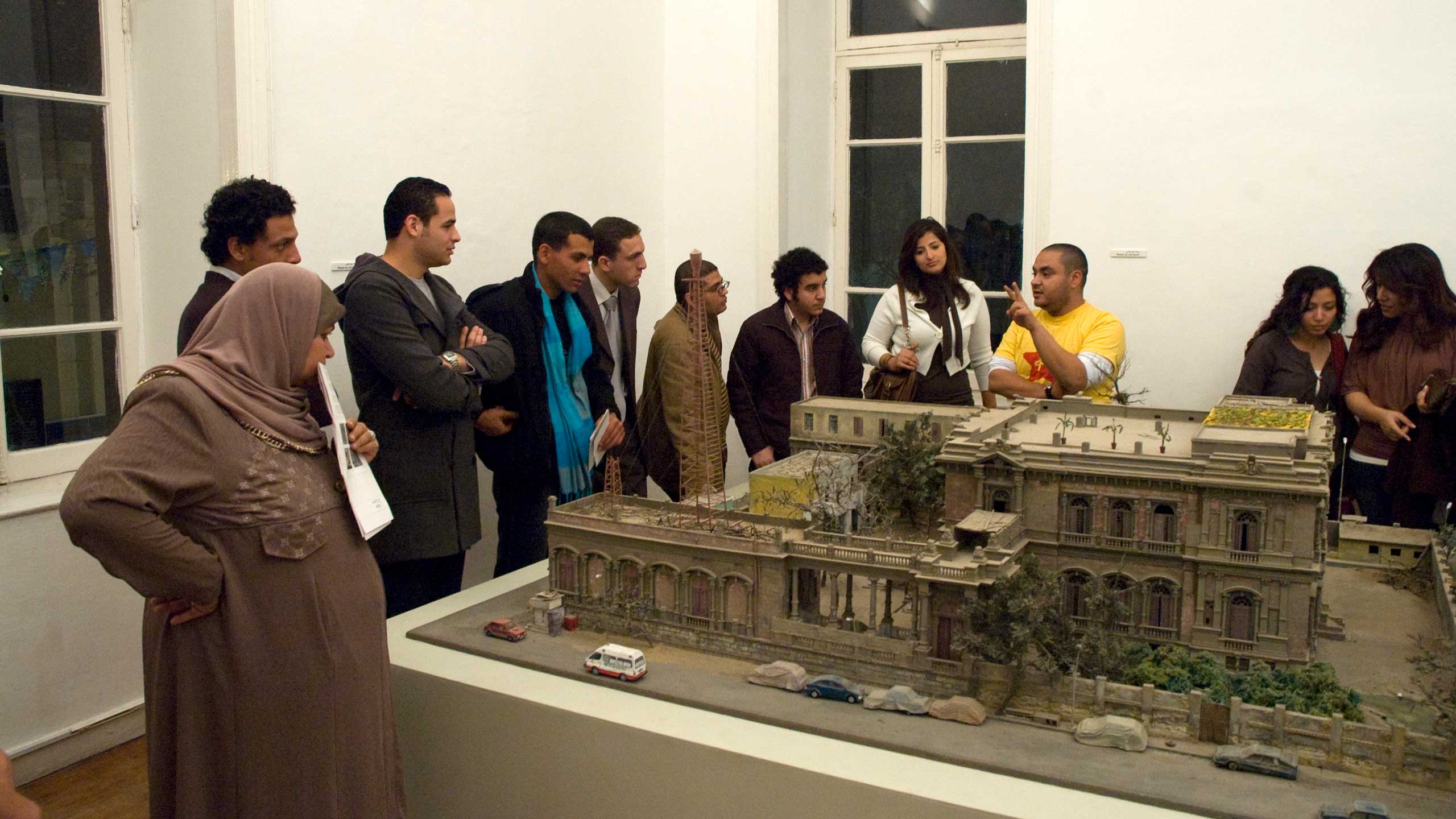 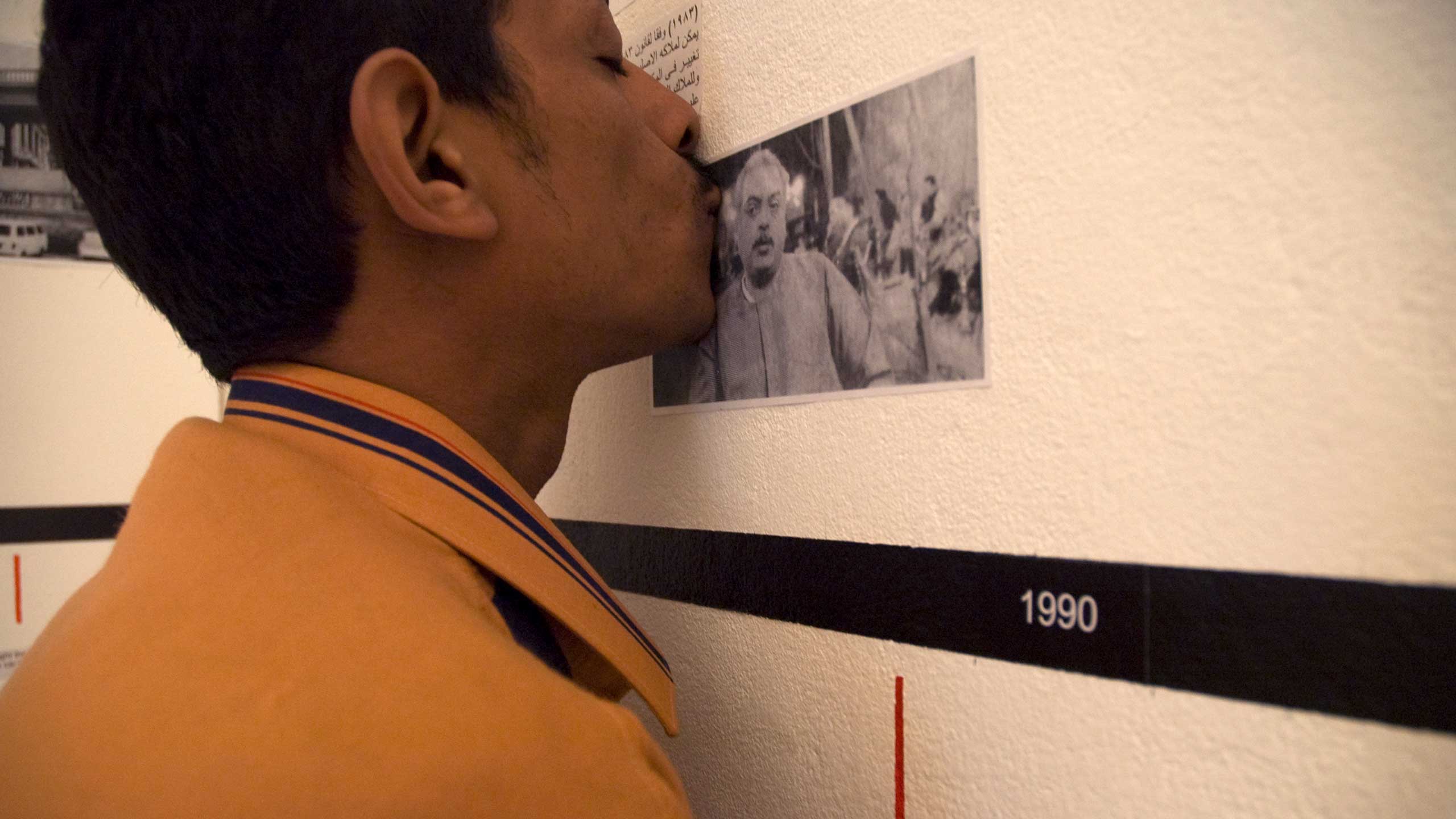 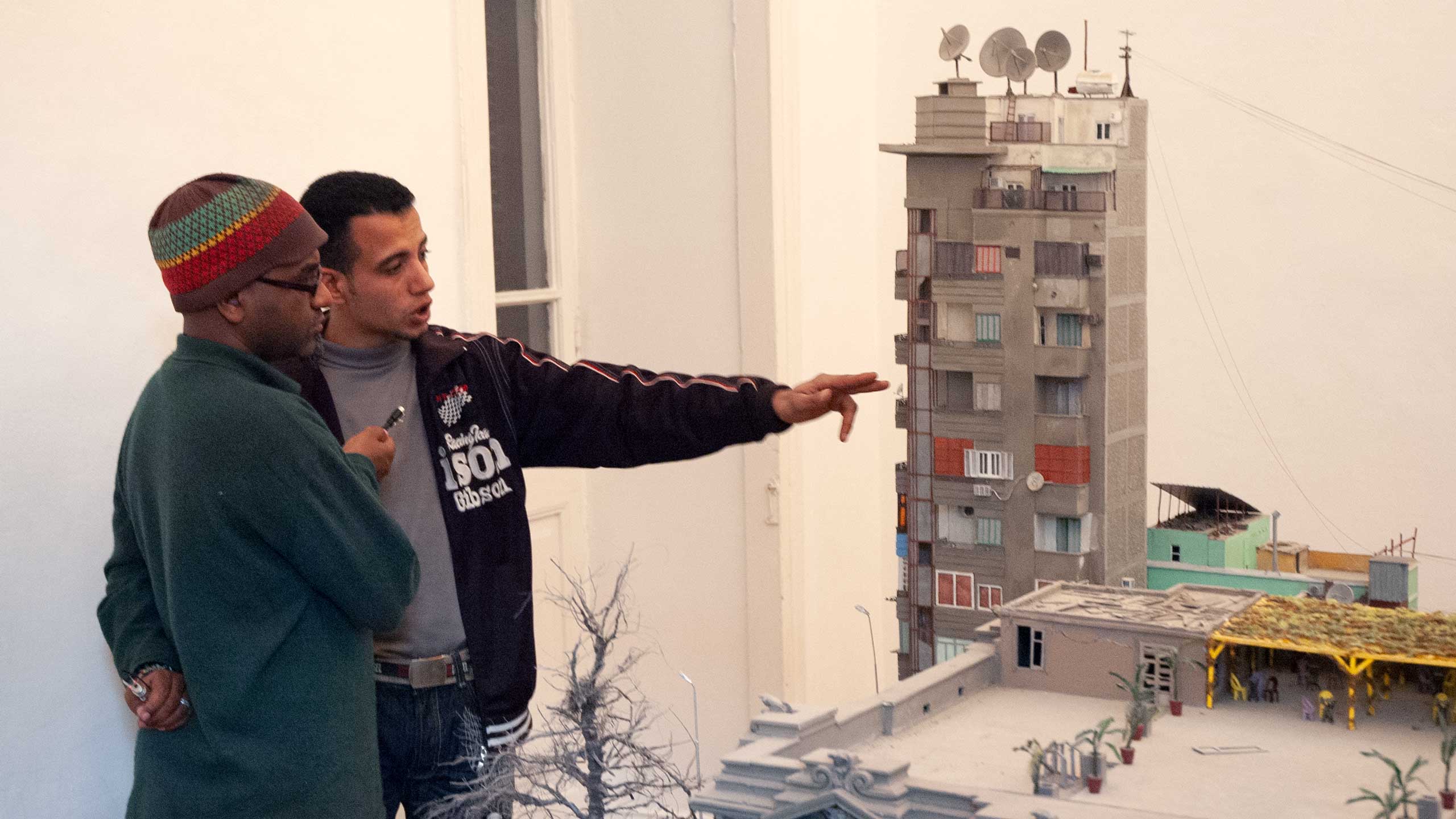 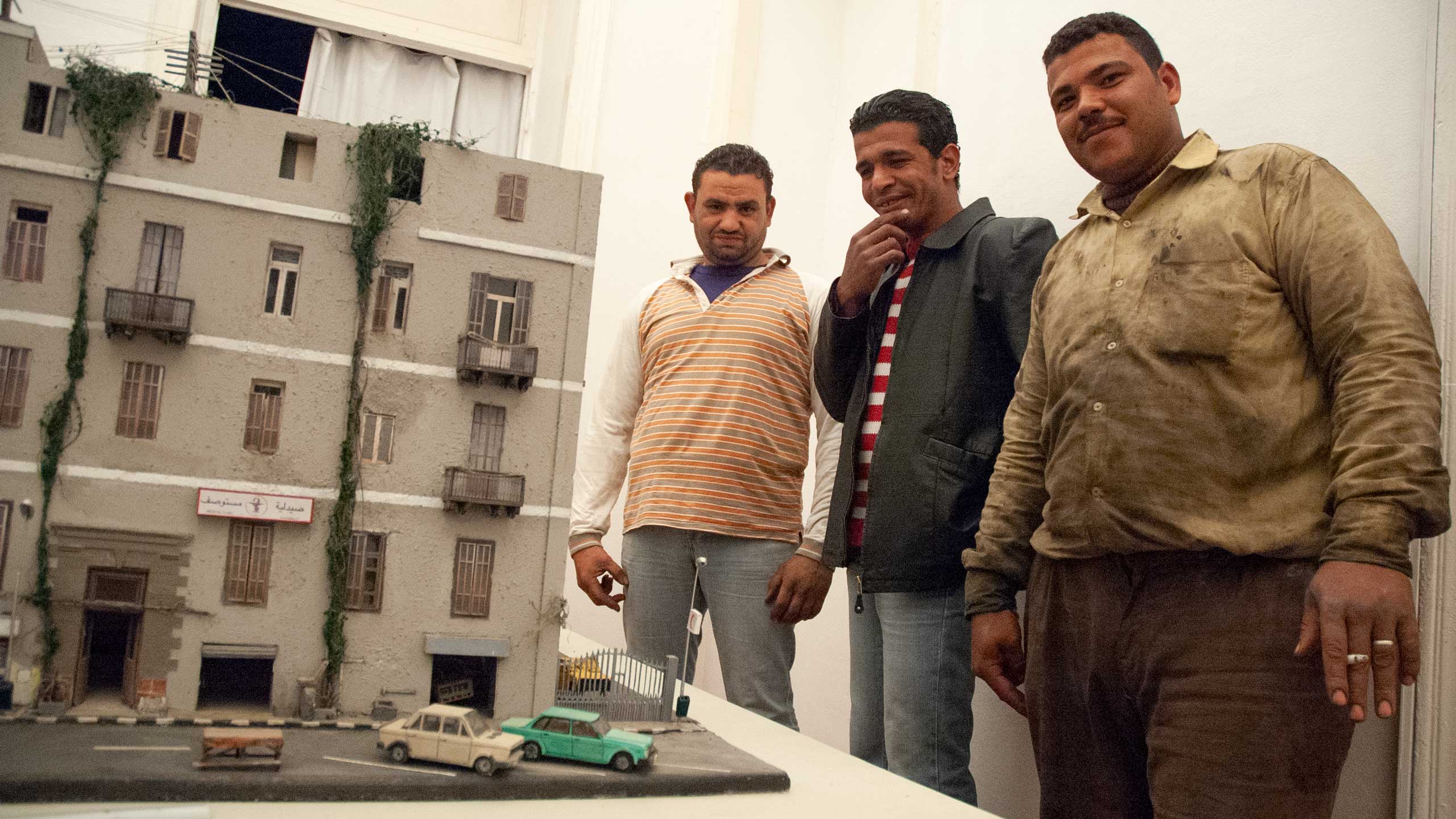 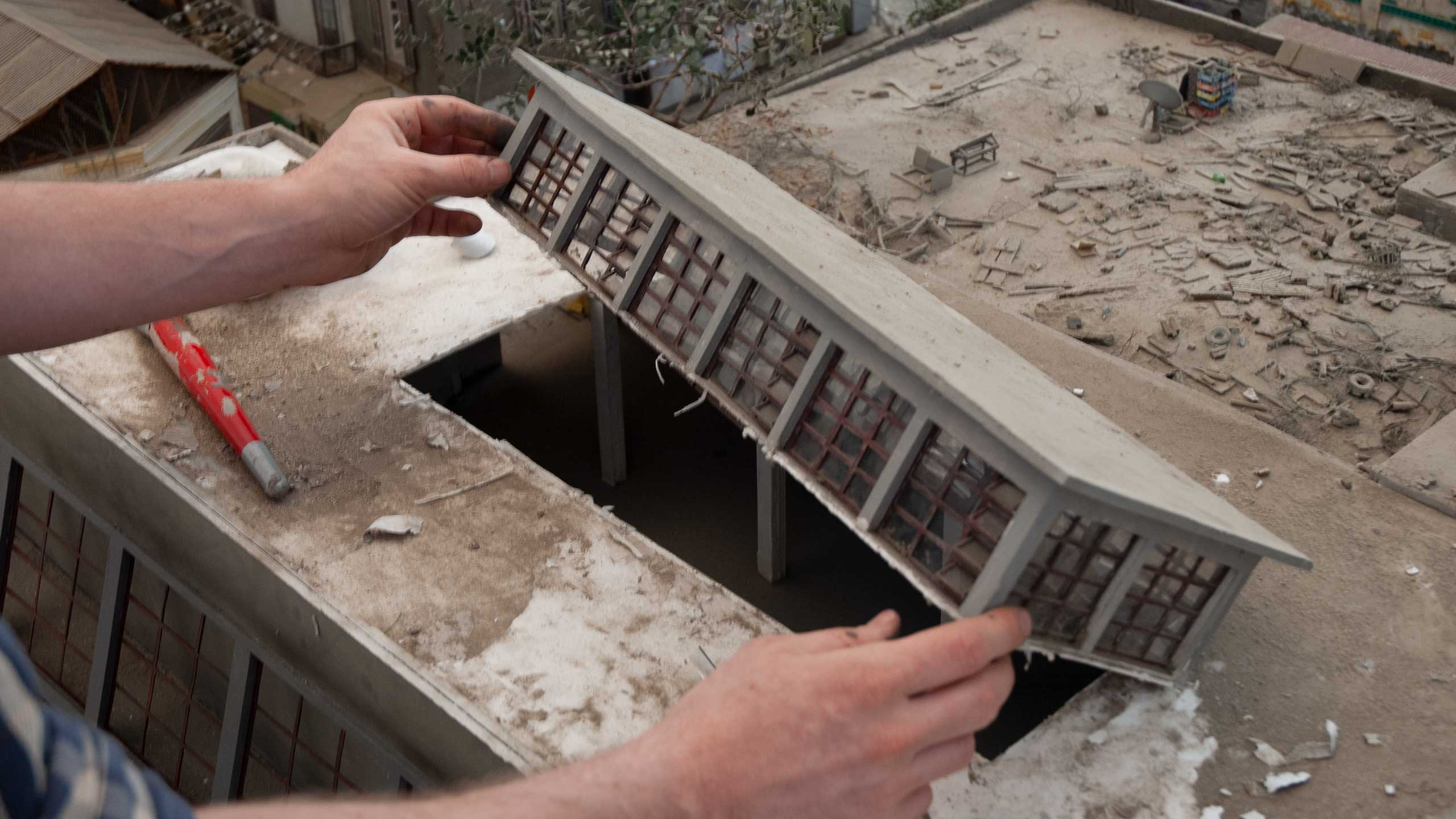 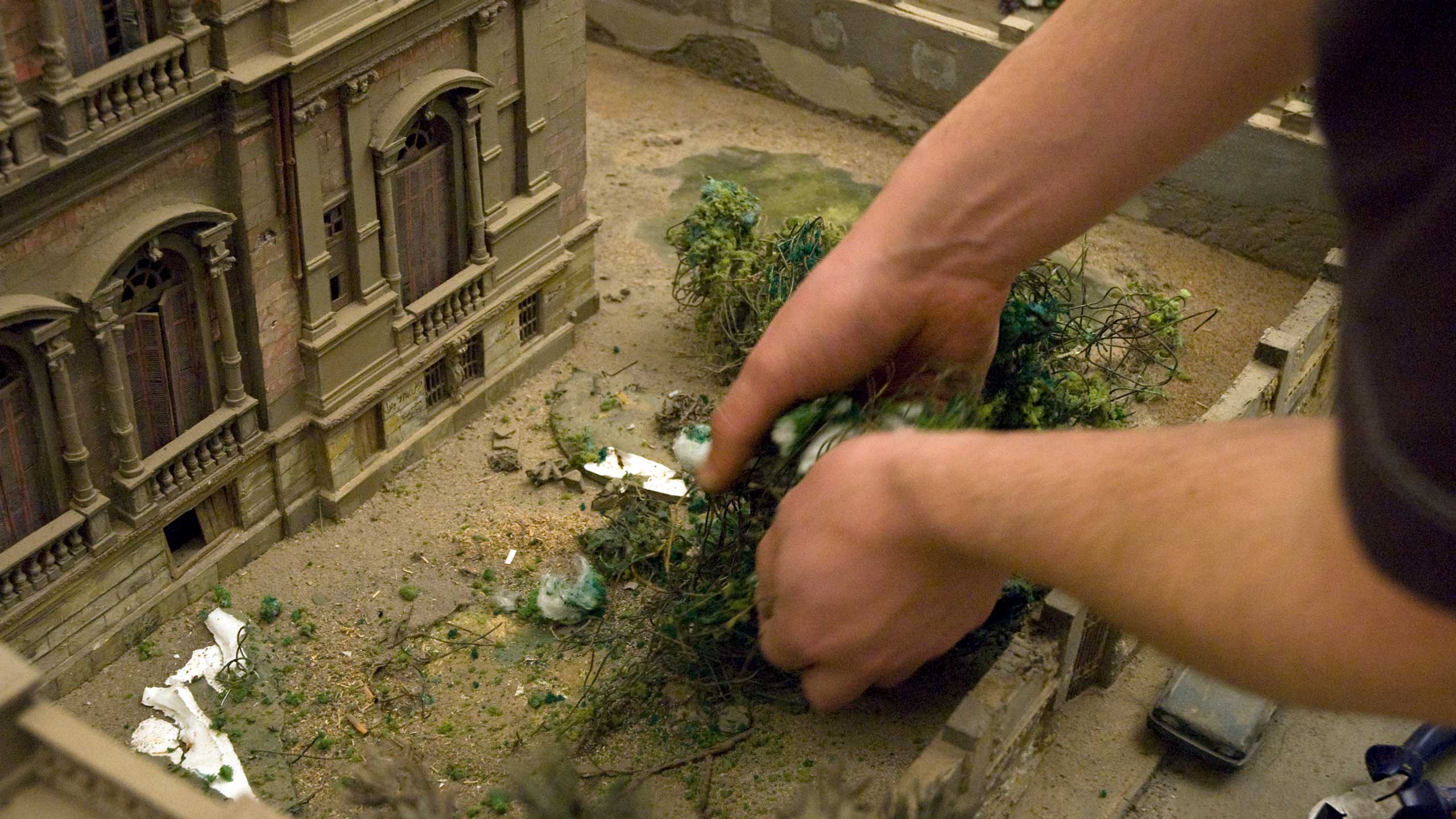 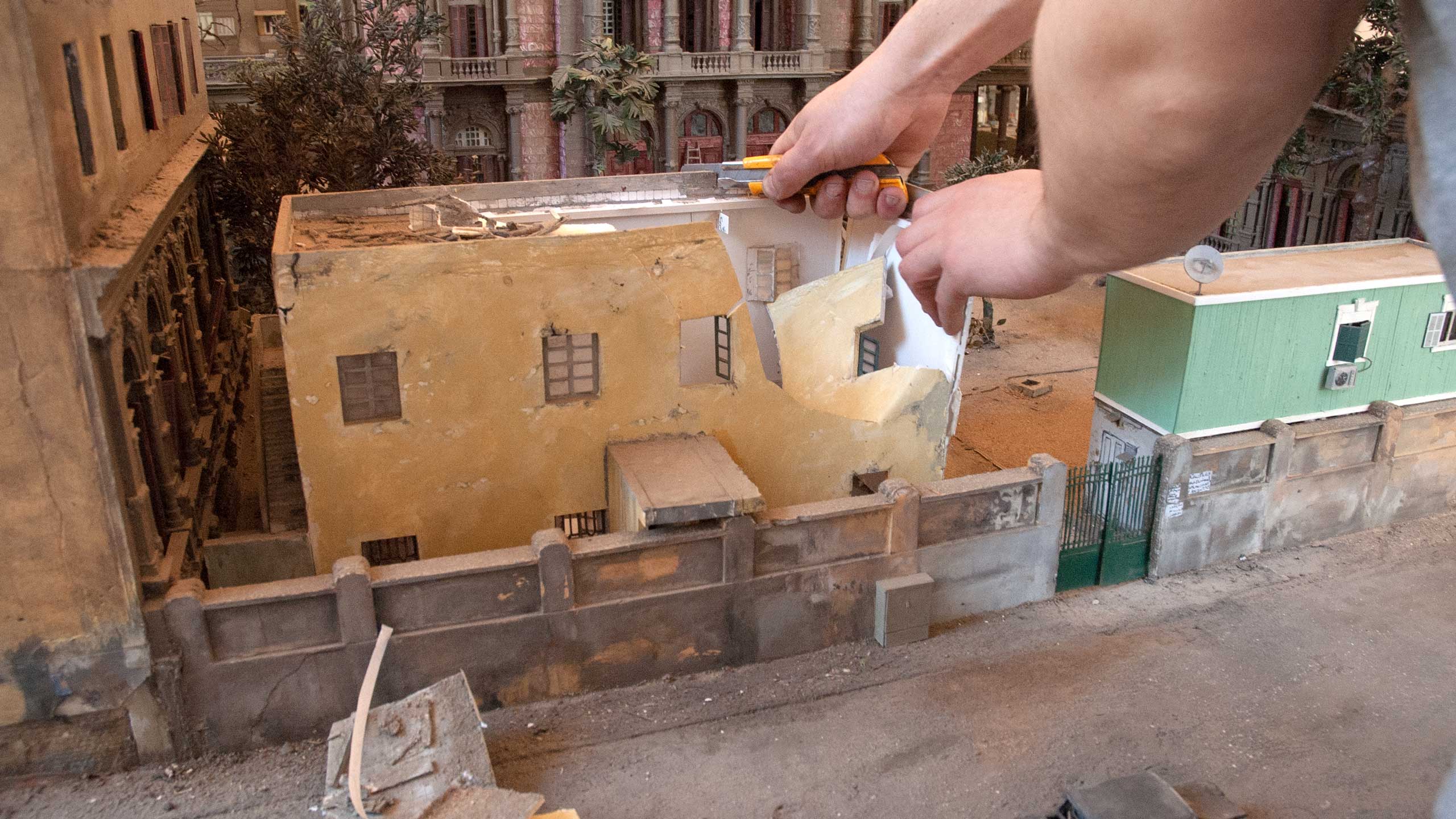 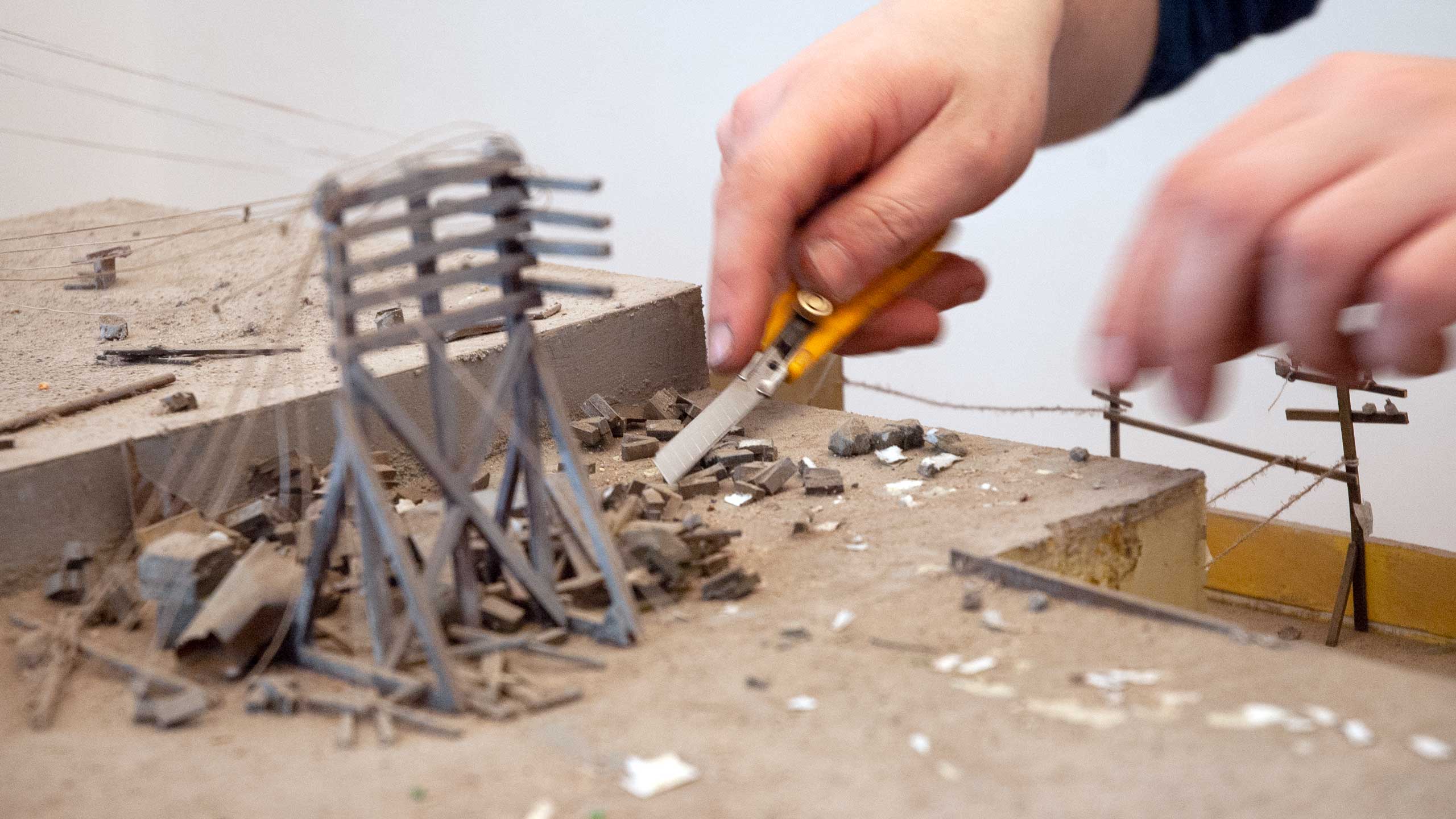 This project was an investigation into the urban fabric of a neighborhood in downtown Cairo. In 2008 it seemed that this area was in the midst of tremendous changes, as businesses, institutions, and individuals were relocated to new developments on the outskirts of the city. Some speculated that the government had plans to transform it into a more tourist-friendly district. Model Citizens proposed an alternative vision for the future of the neighborhood: one imagined by the community itself. The central element of this project was a miniature model of the neighborhood. The miniature landscape served as a tool; it stimulated local residents to reflect on their daily surroundings and it made them consider what they would like to change. During the exhibition, the project team reworked the model to visualize their proposals.

The 1:35 scale model included the gallery premises, an abandoned pink marble palace, a garage, a residential building, two coffee shops, and a villa. The model was built during an eight-month residency at Townhouse Gallery, with the assistance of a dedicated team of artists. Furthermore thirty residents were interviewed, gathering their stories and perspectives to capture the area’s collective memory.

Although the model was on view in the exhibition, it was not a static representation of reality. During the course of the show, the members of the community were again interviewed, this time, not about their ideas of the neighborhood’s past but about their hopes for its future. The proposals of the participants differed from personal wishes to more utopian ideals. The team visualized all these different ideas into the model. Our aim was not to search for a new and realistic future model of the neighborhood, but to gather information about all the different wishes  and needs as a way to test a radical notion of democratic inclusivity.

The exhibition comprised four spaces. One housed the miniature model; another was an open studio, where we designed and build the extensions and renovations imagined by residents. The other two rooms glanced backward: The gallery entrance presented archival materials that related to the neighborhood in a timeline, while the last room held an audio piece constructed out of interviews; official history stood alongside personal histories, the facts next to rumour and anecdote.