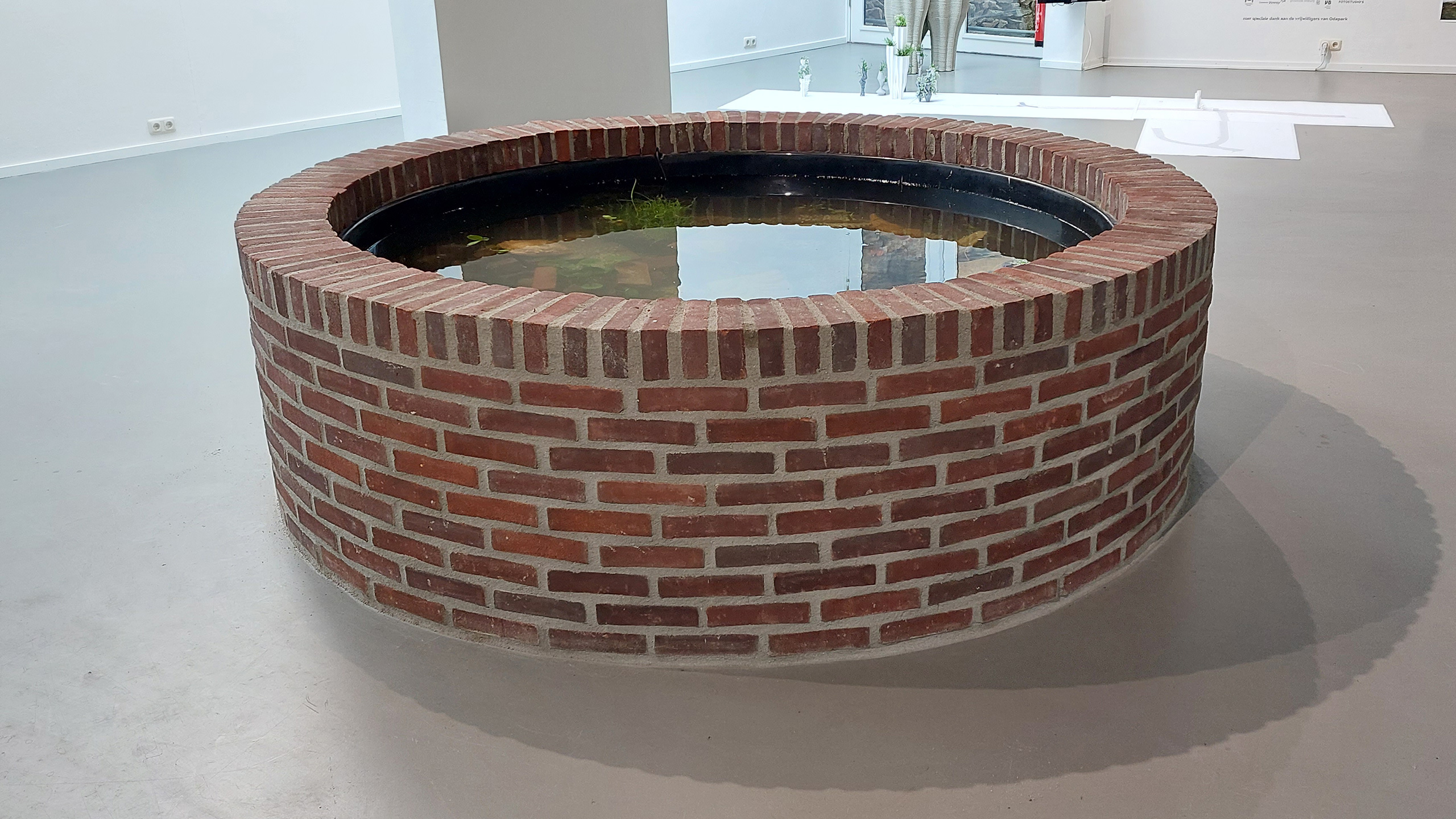 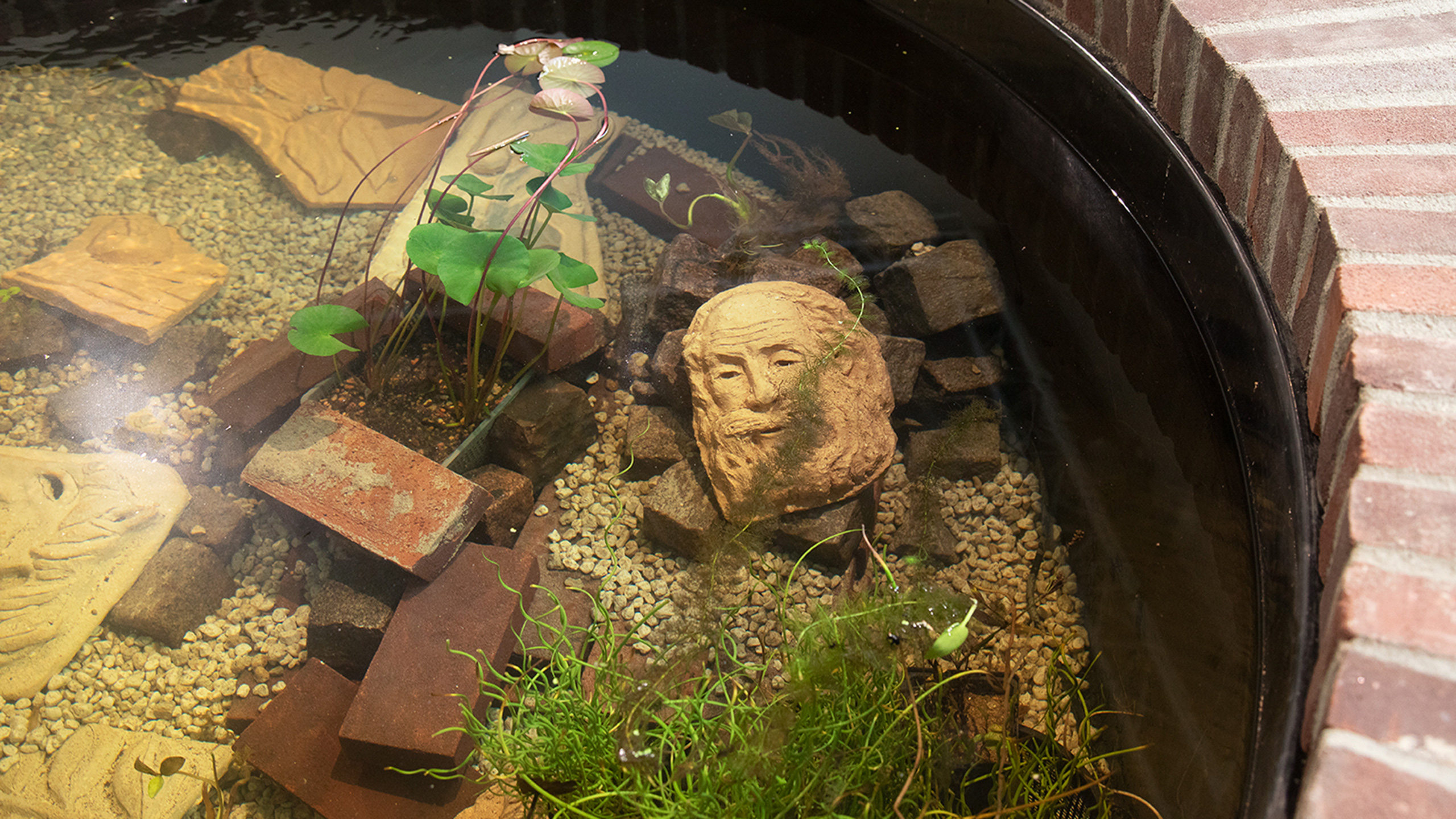 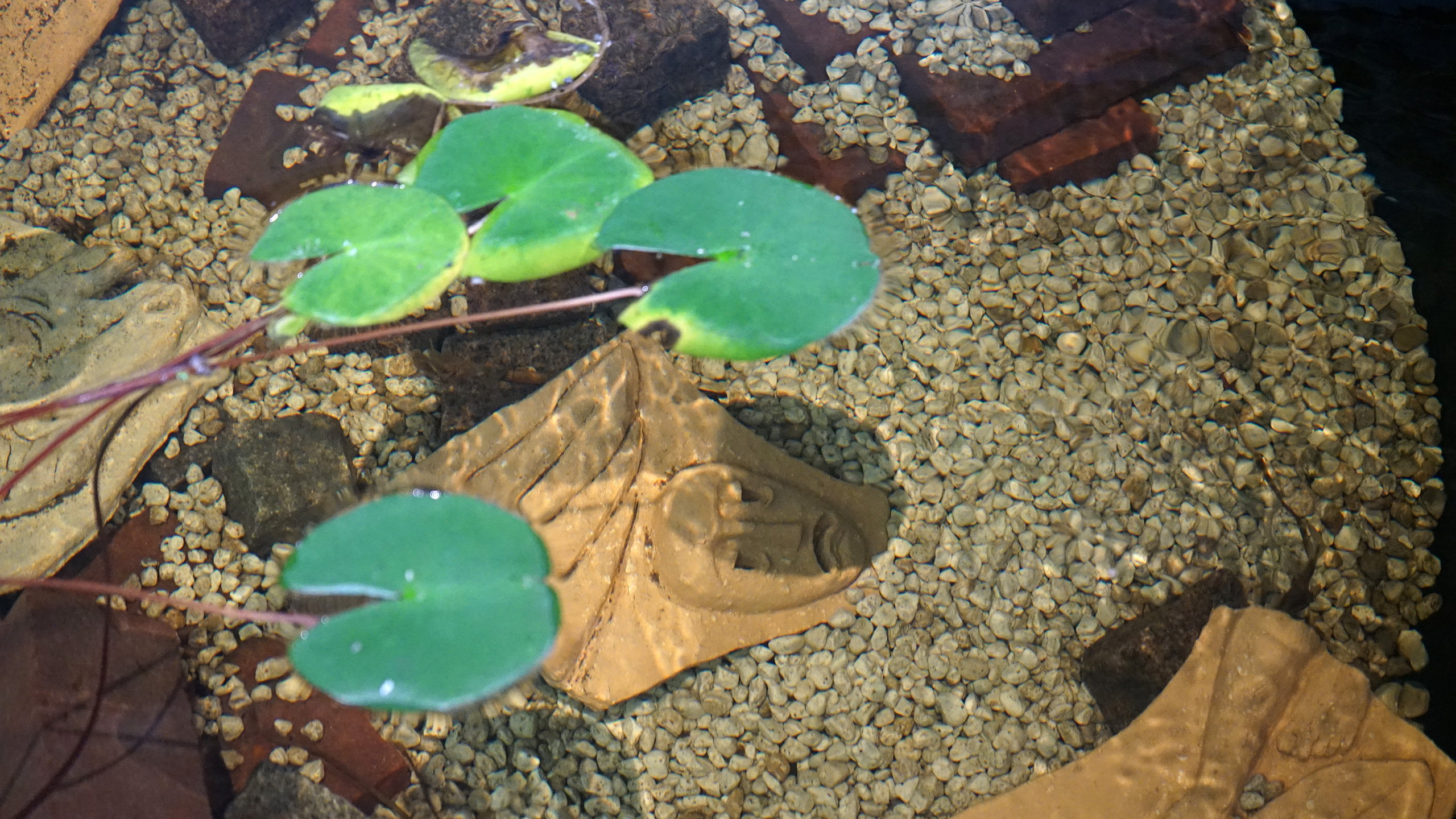 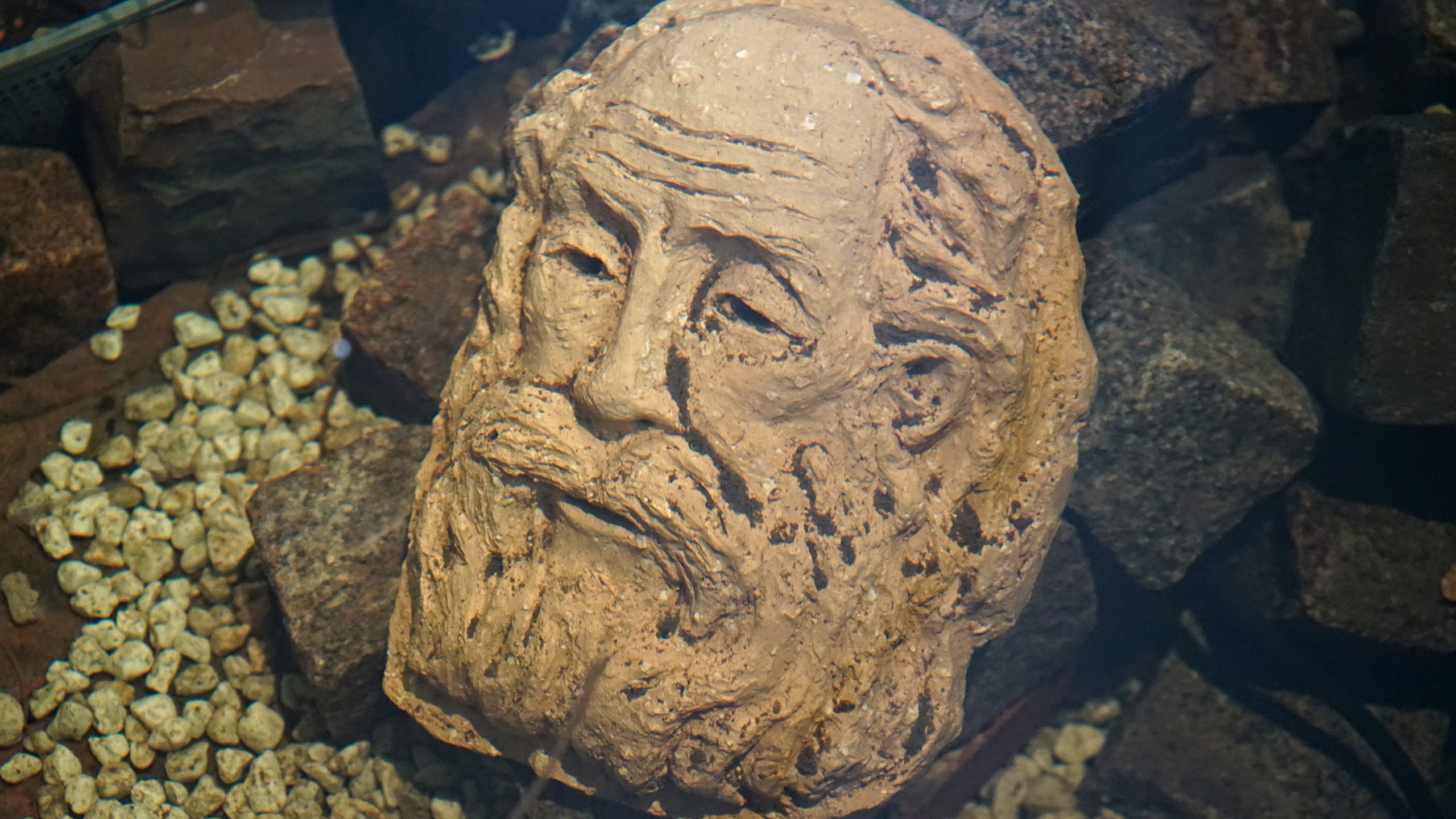 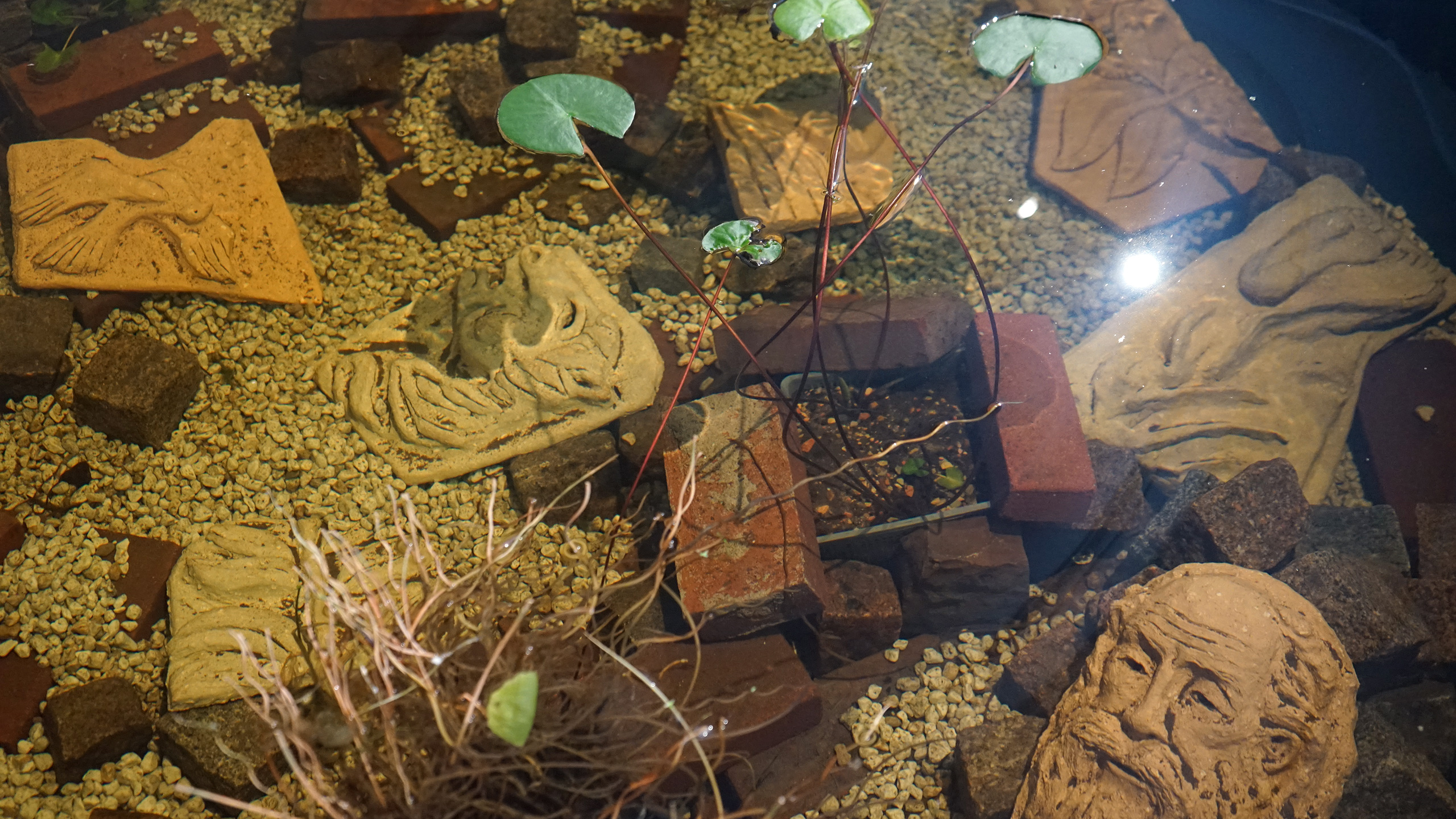 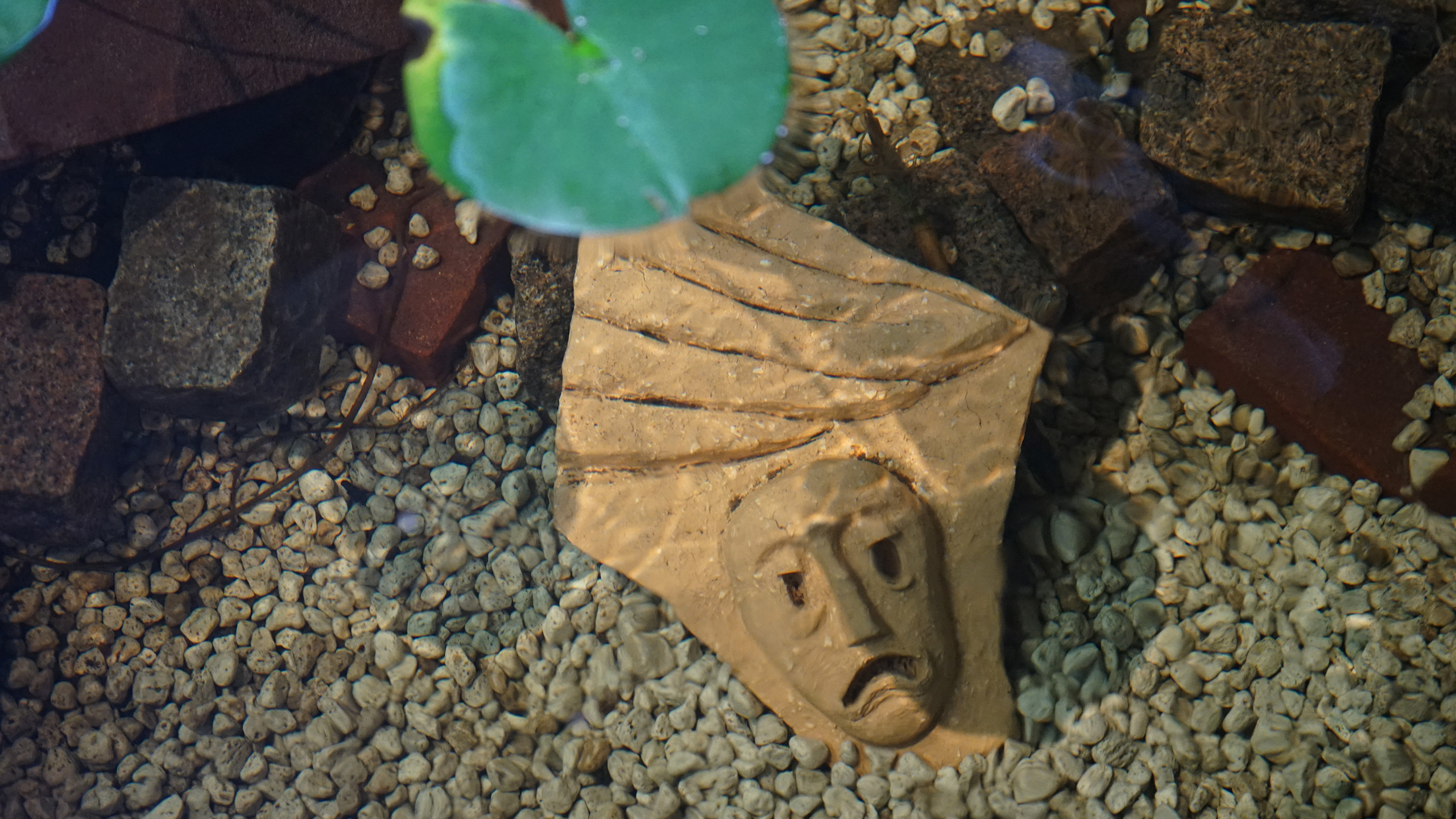 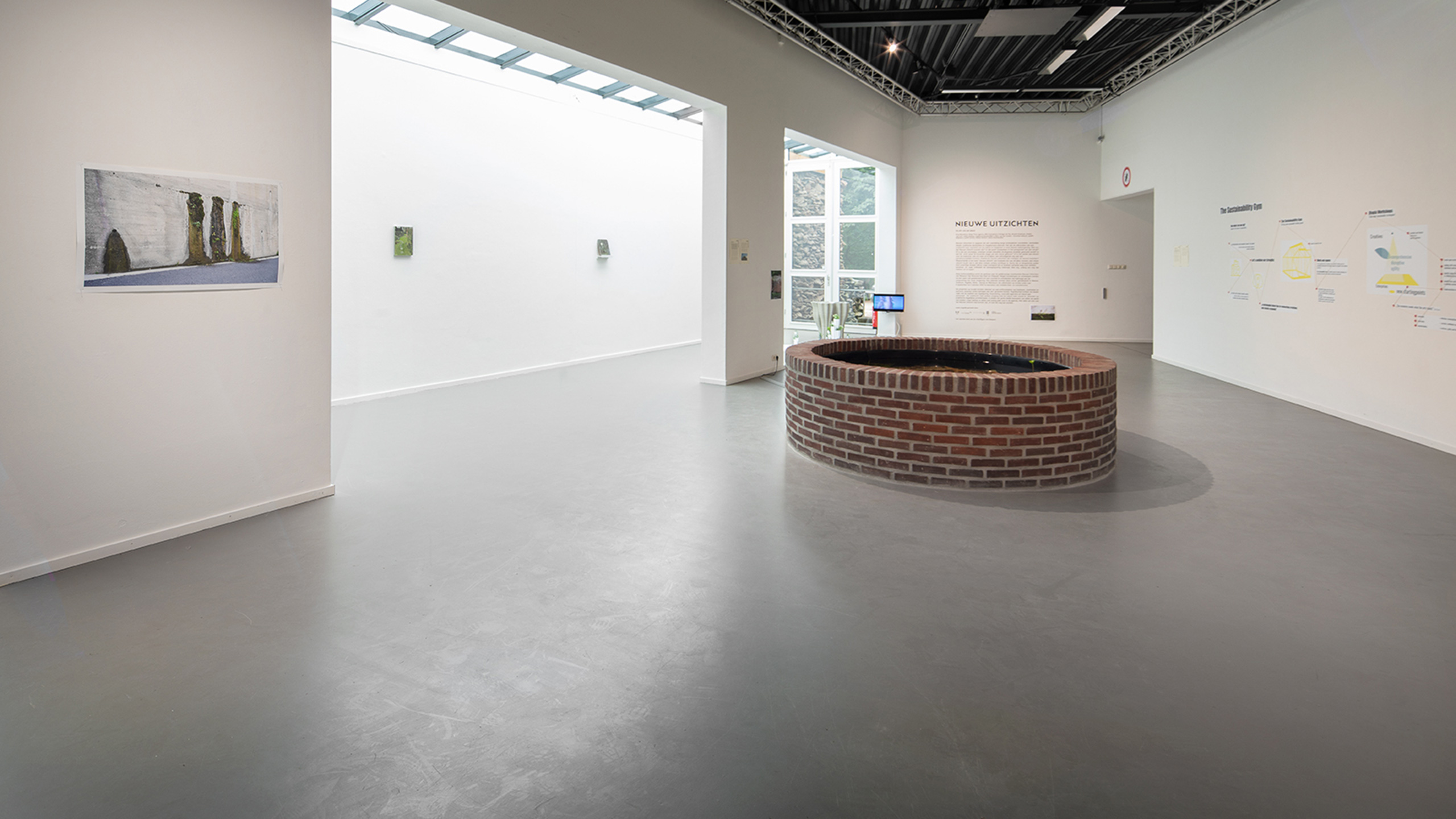 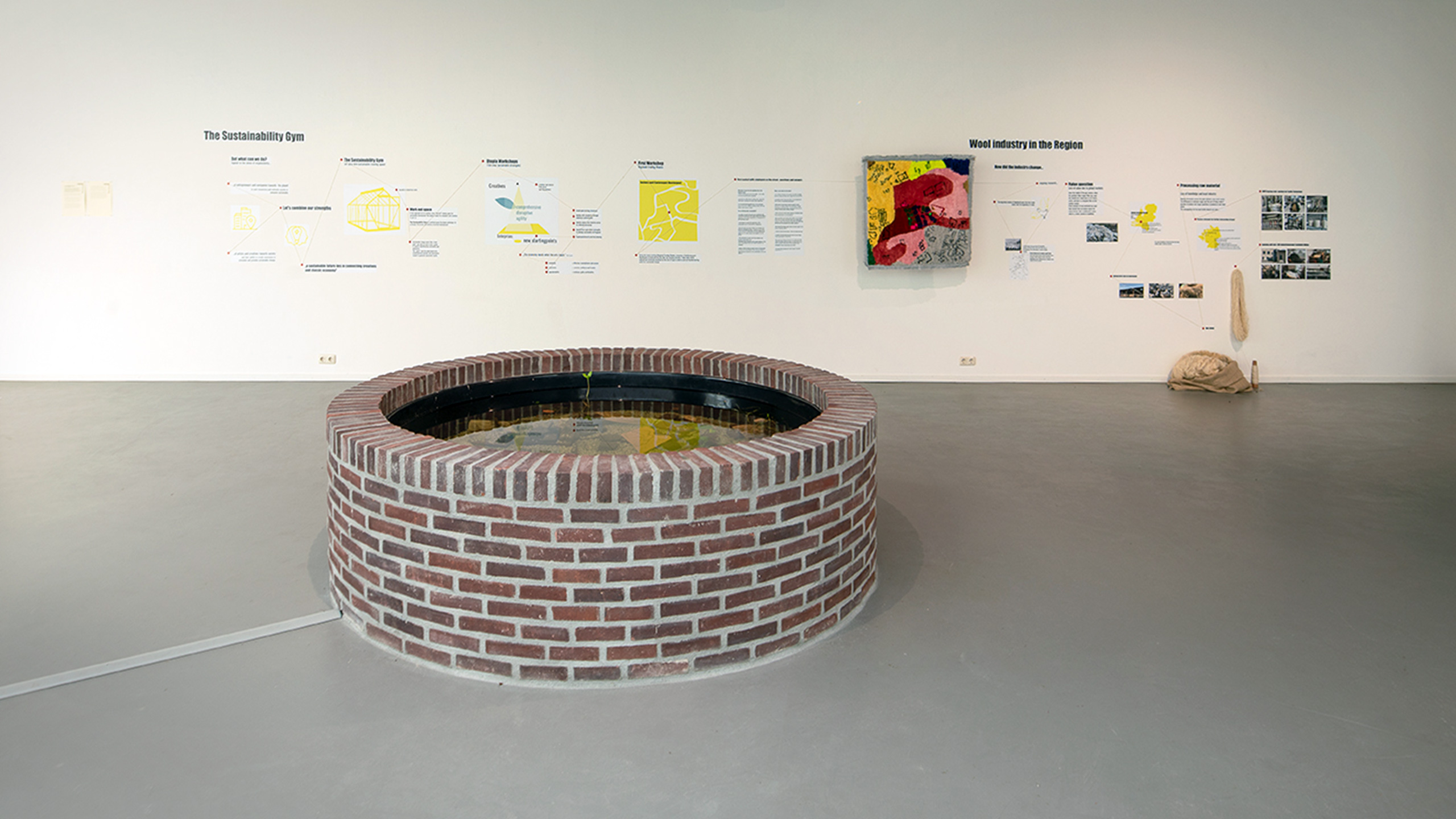 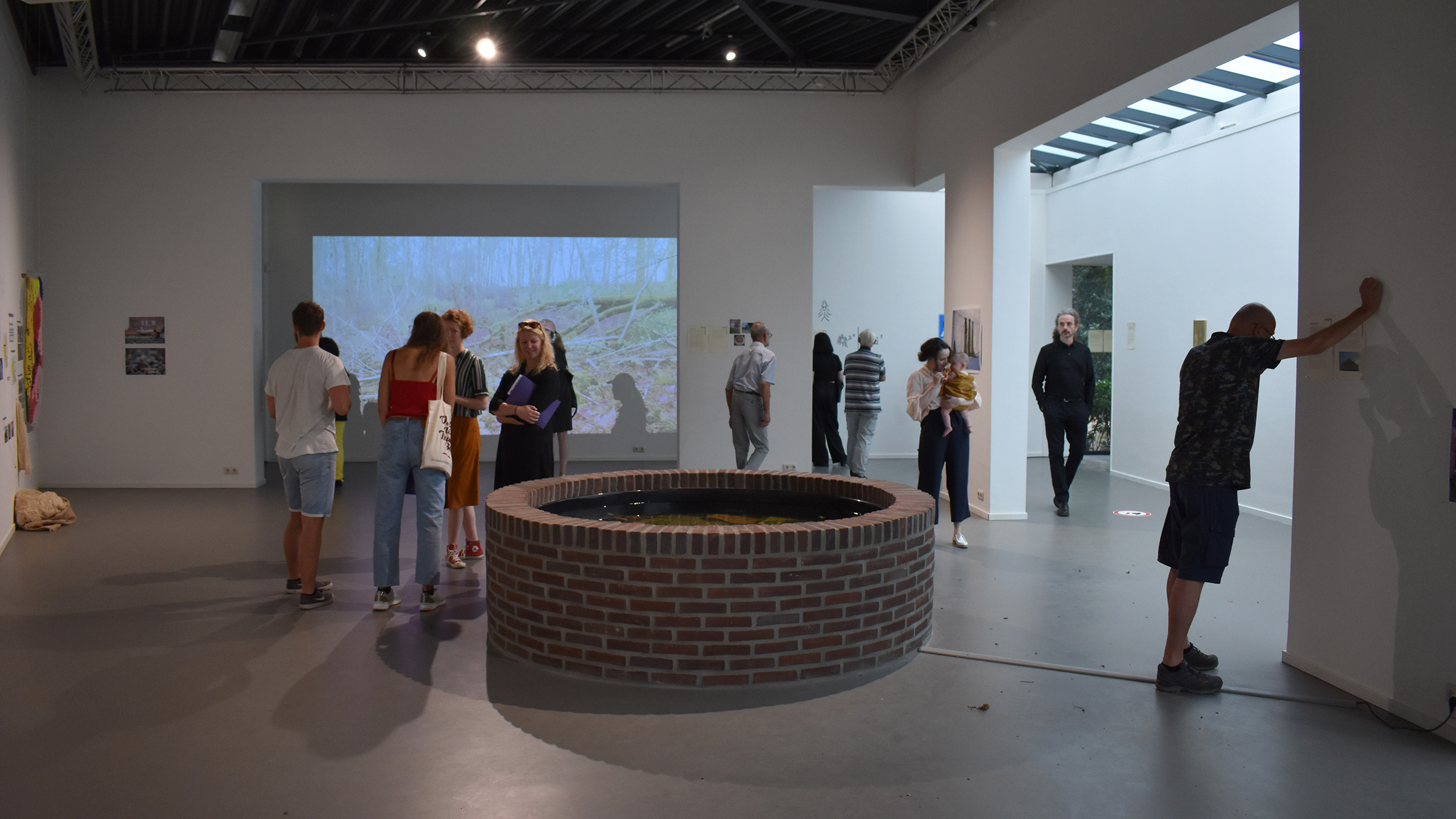 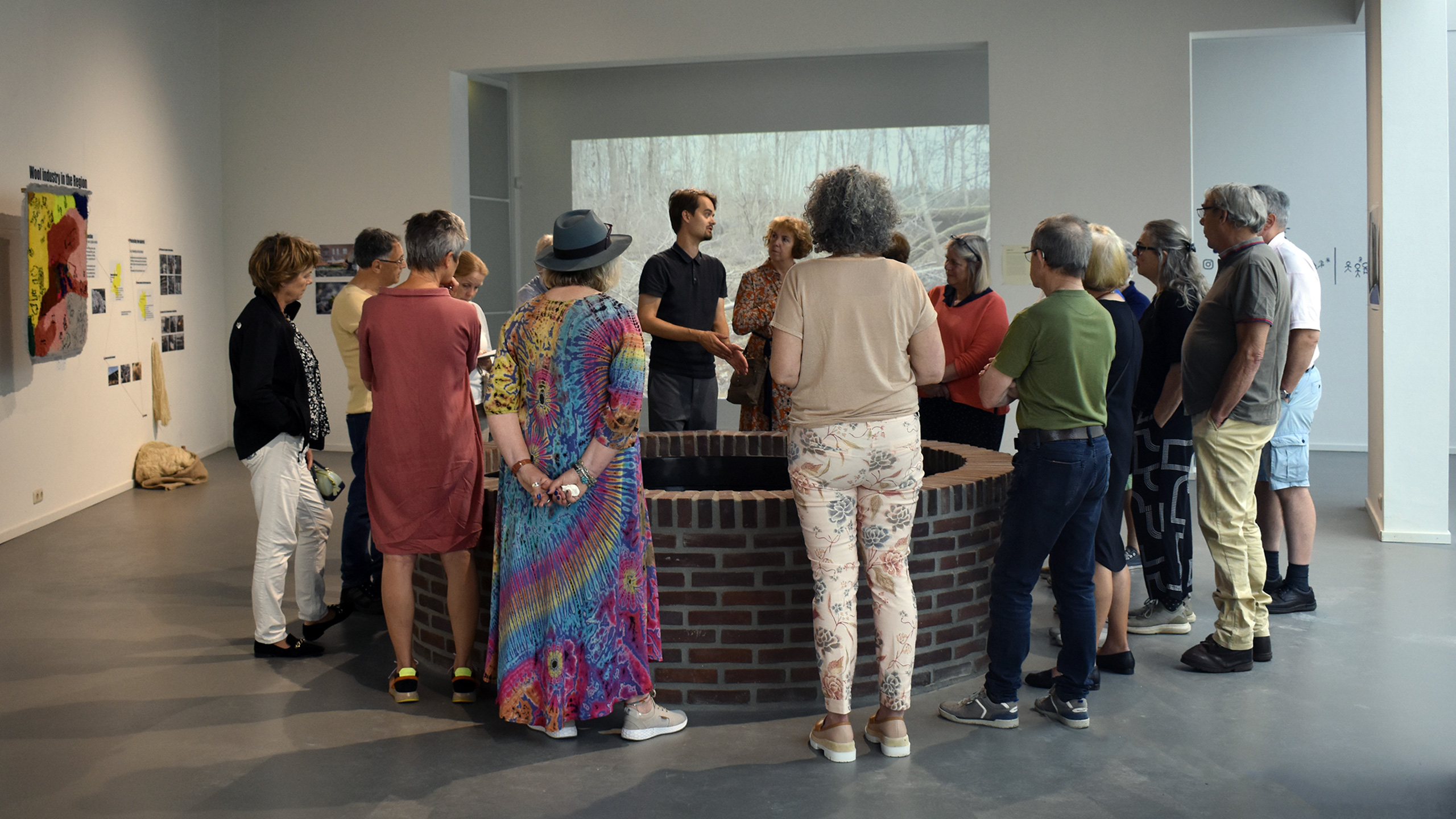 The sculpture in the exhibition at Odapark forms a diptych with the another sculpture in the center of Tegelen. There, the land plants play a leading role, in Odapark (Venray) the aquatic plants. The sculpture shows an apocalyptic image: the tympanum of the former Tegelen town hall, designed by artist Charles Eyck in 1946, broken and sunken in water. Fragments of the tympanum depicting the industrial activity of the city, such as the cogwheel that symbolised progress, a horse’s head and Mercury, the Roman god of trade, have been disconnected from the tympanum and lie among aquatic plants planted by Eugene Dubois on the De Bedelaar estate, such as water lilies, water sedge and bladderwort. The sculpture references the recent July 2021 floods, as well as the nickname given to the town hall when it was built: Swamp Palace. Since the monumental building was built on a swampy piece of land, local residents thought the monumental building would quickly sink into the swampy soil.