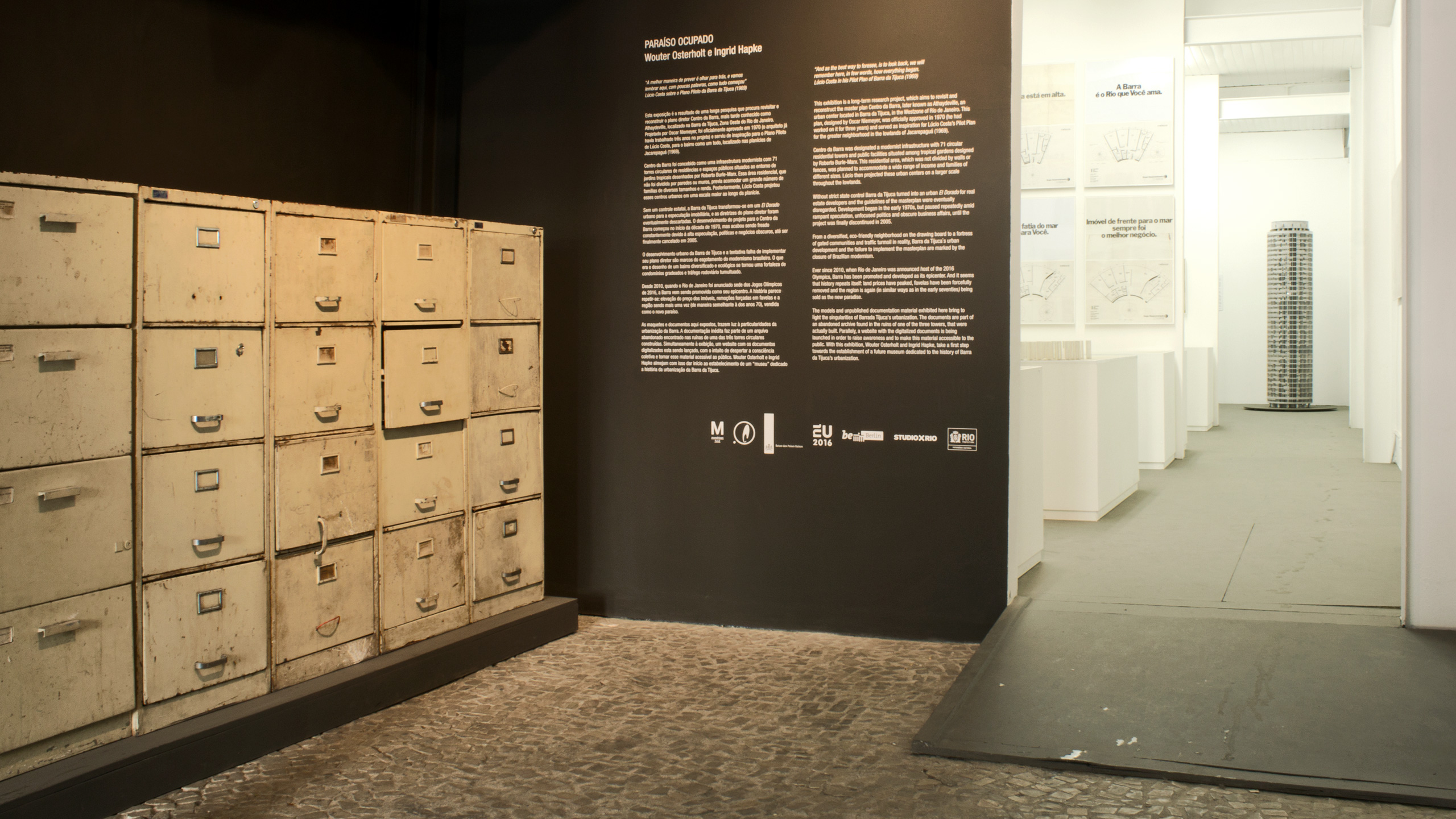 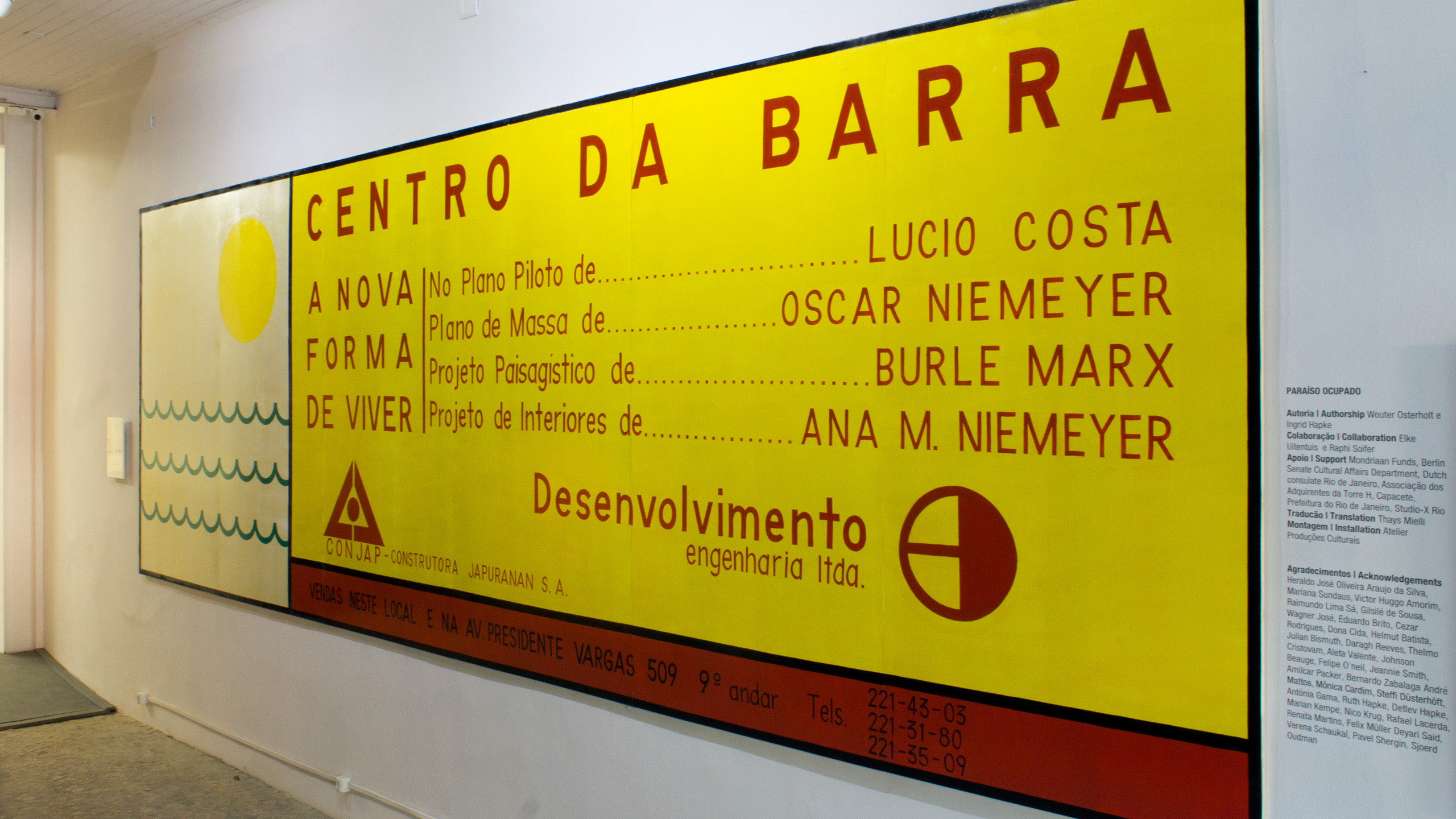 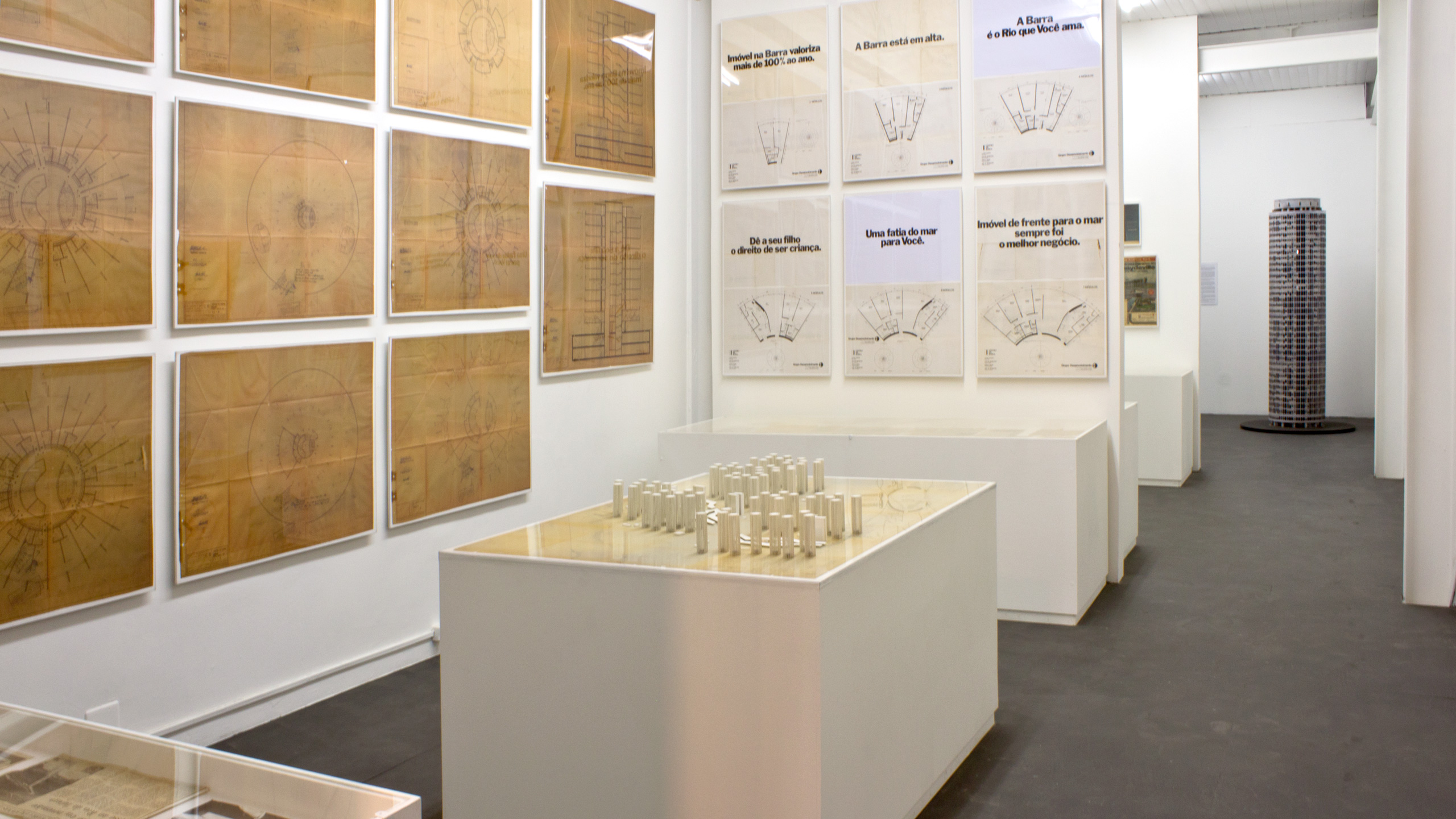 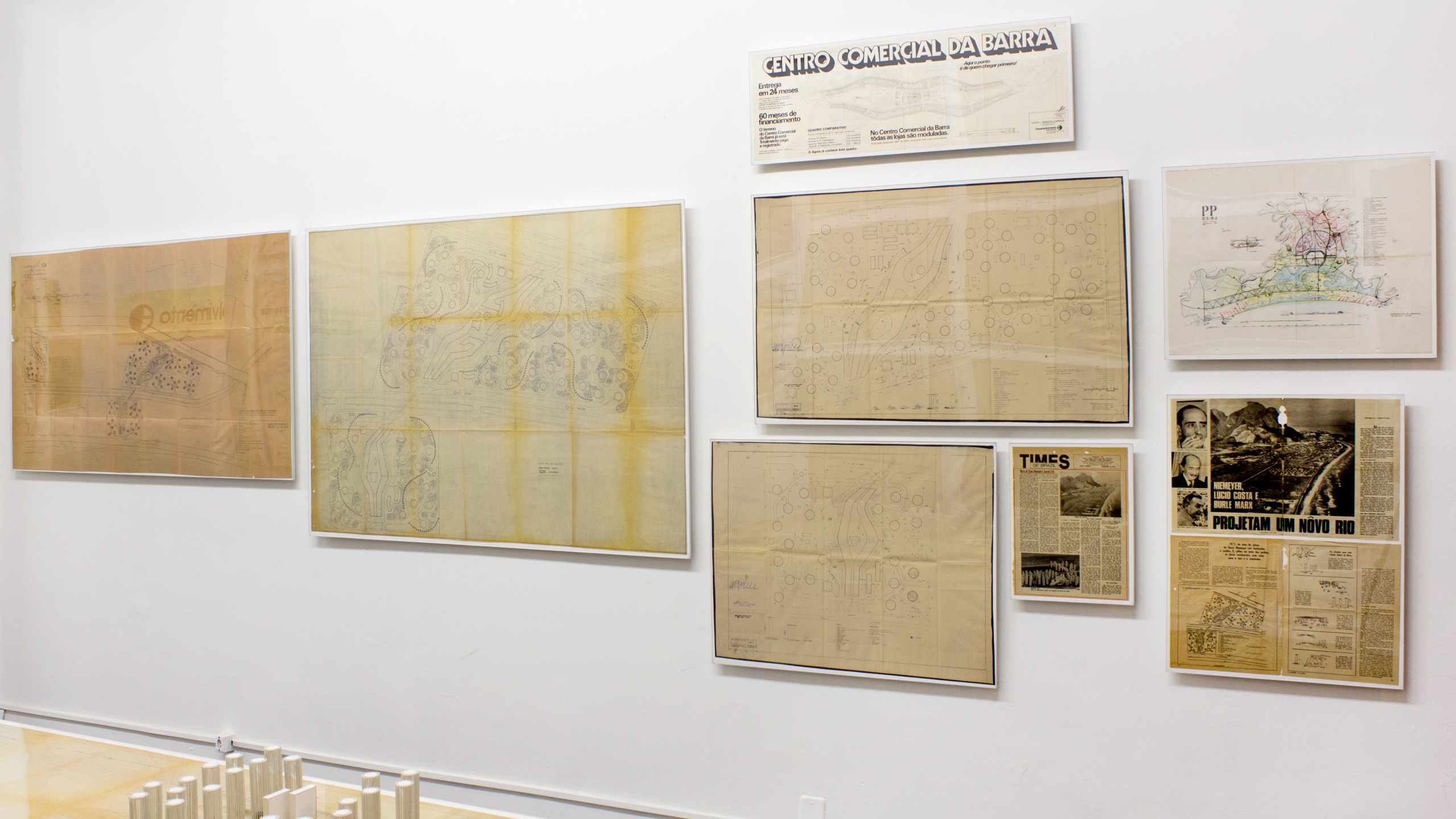 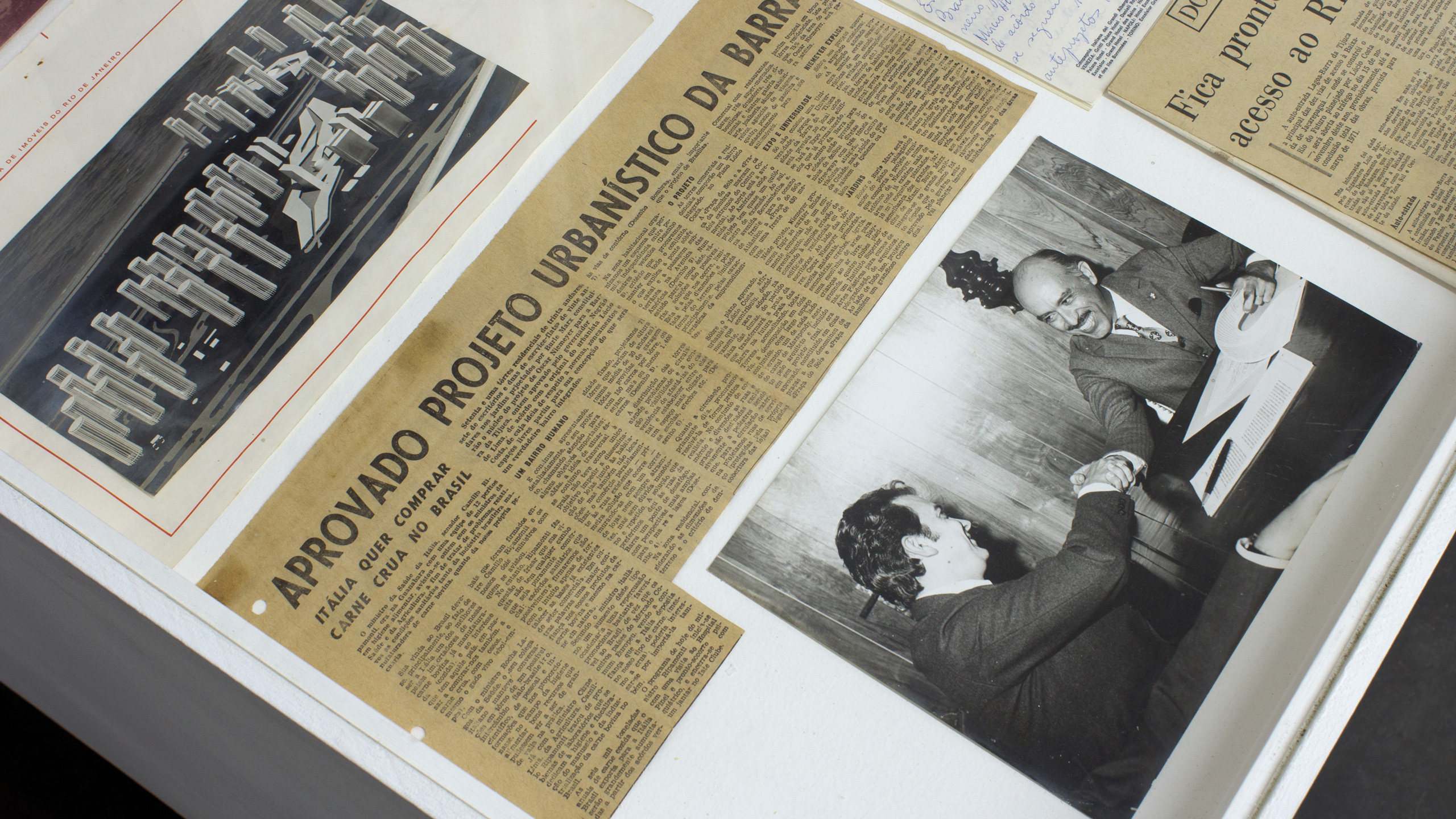 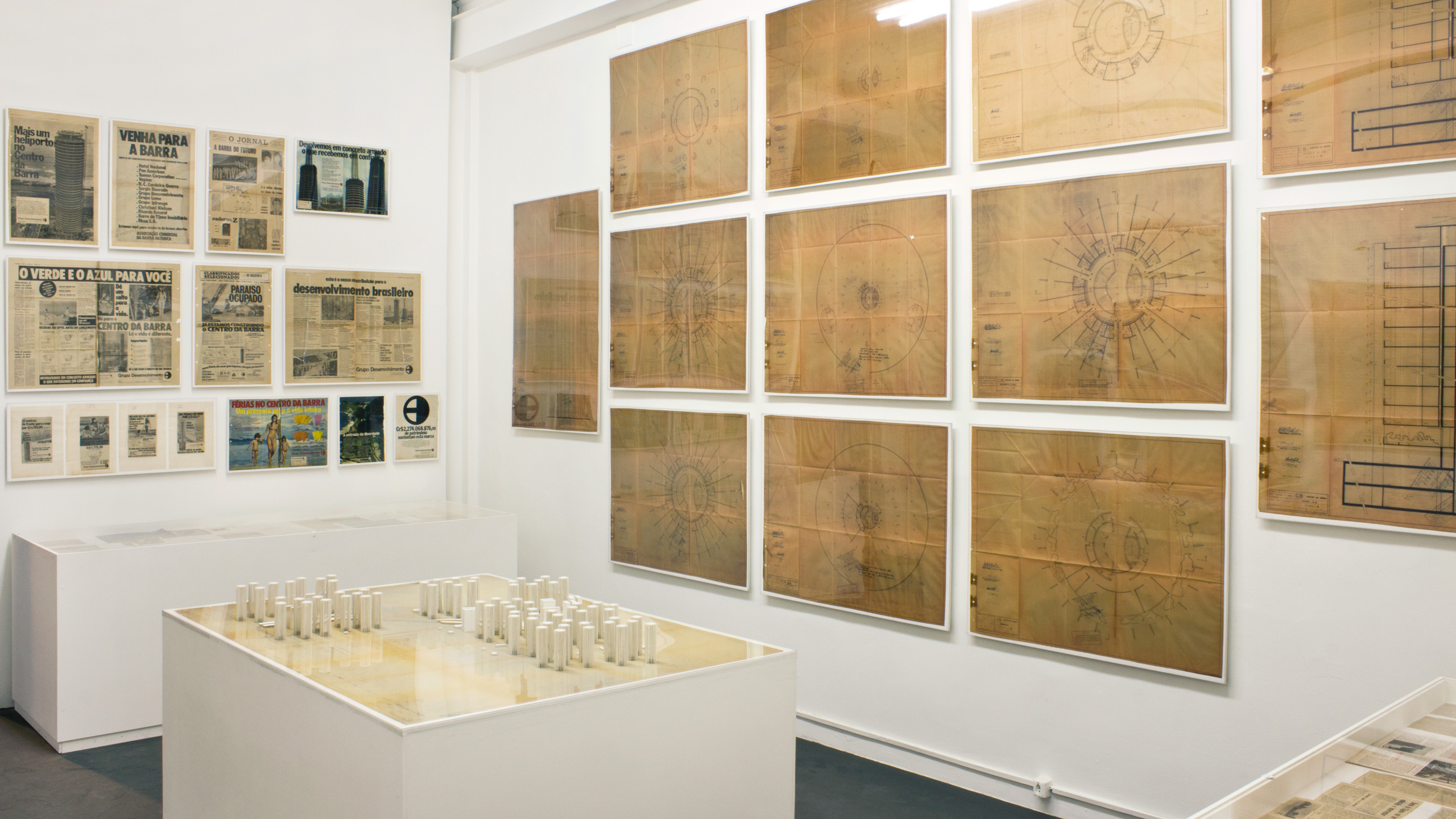 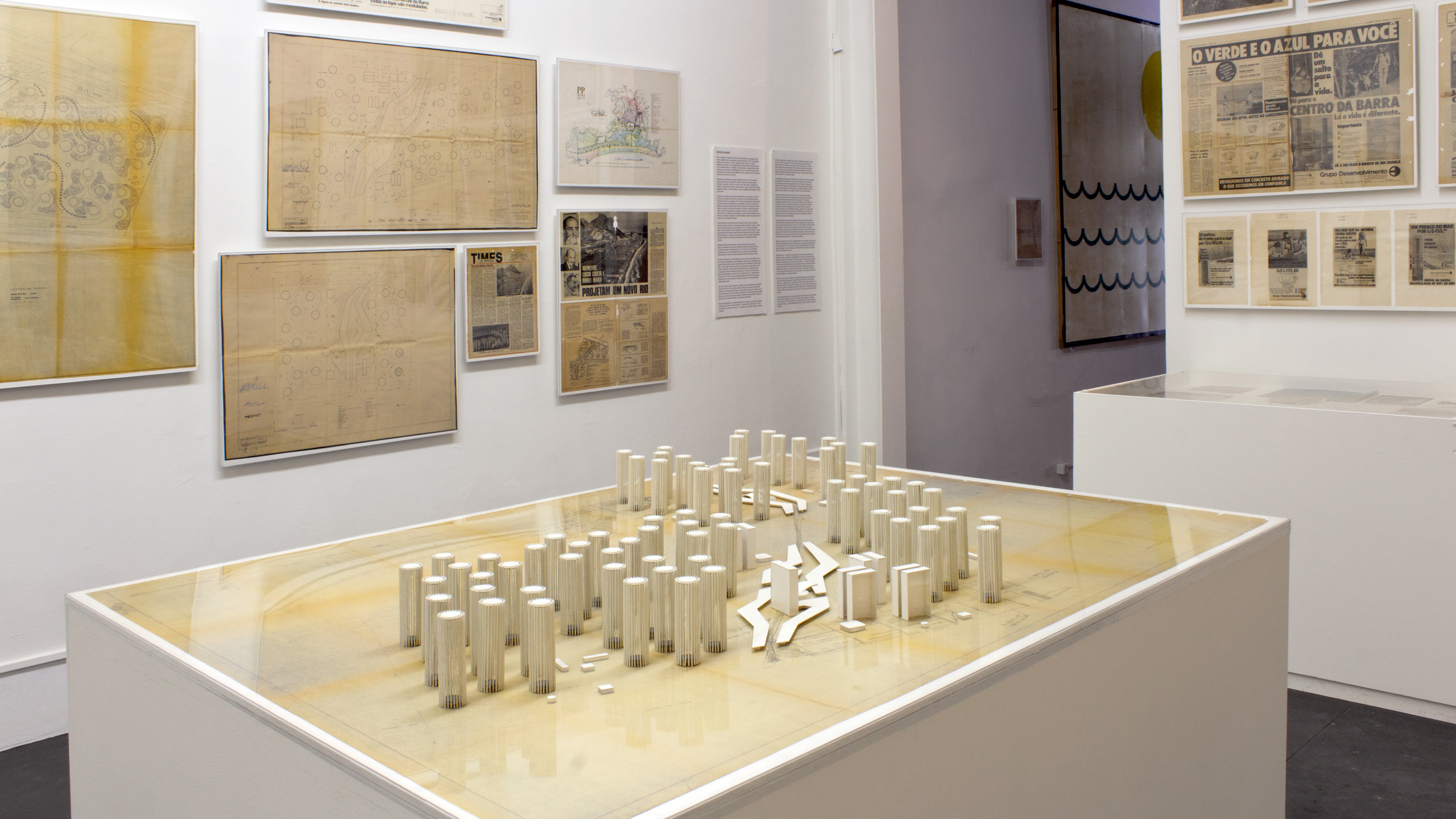 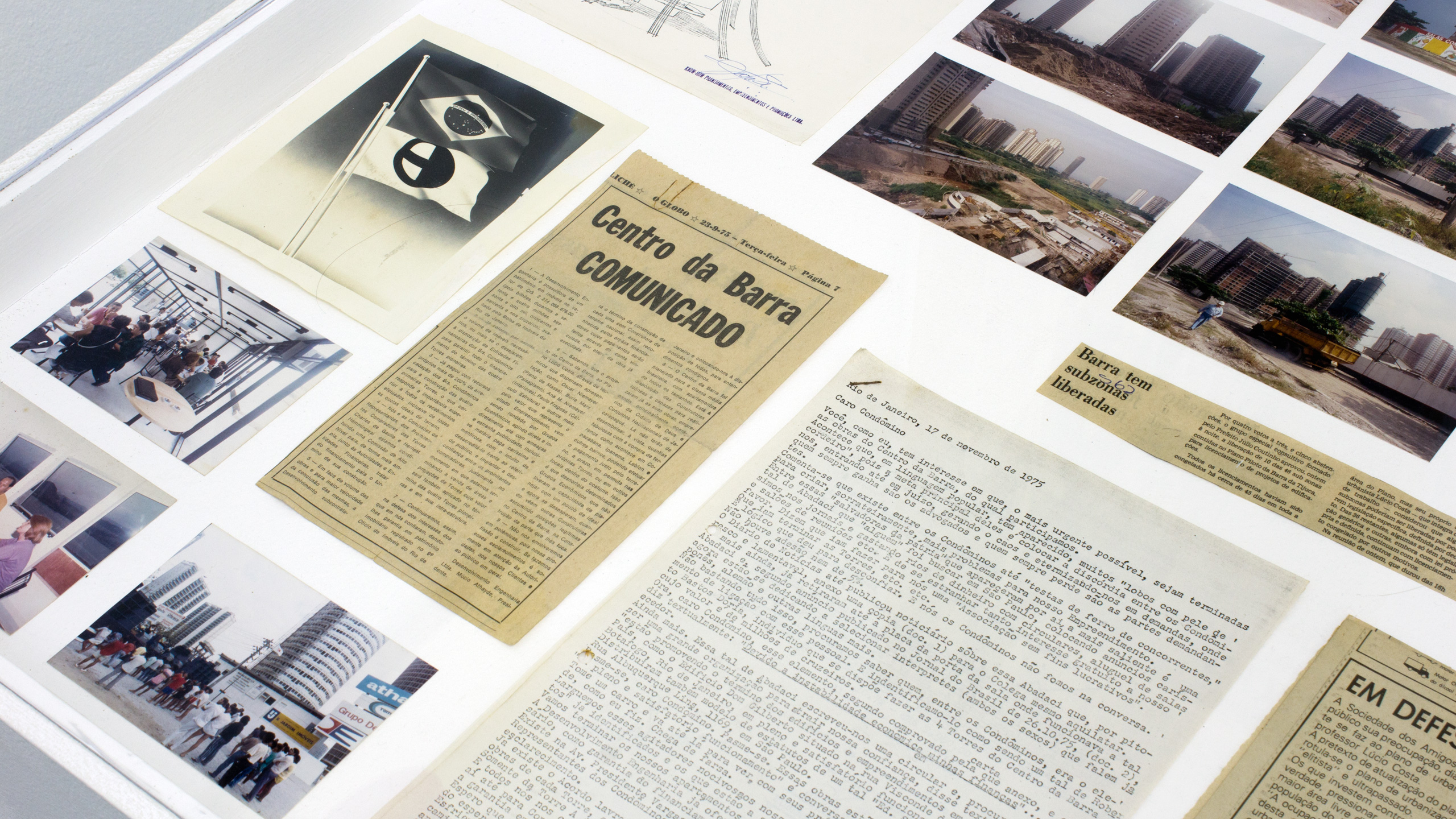 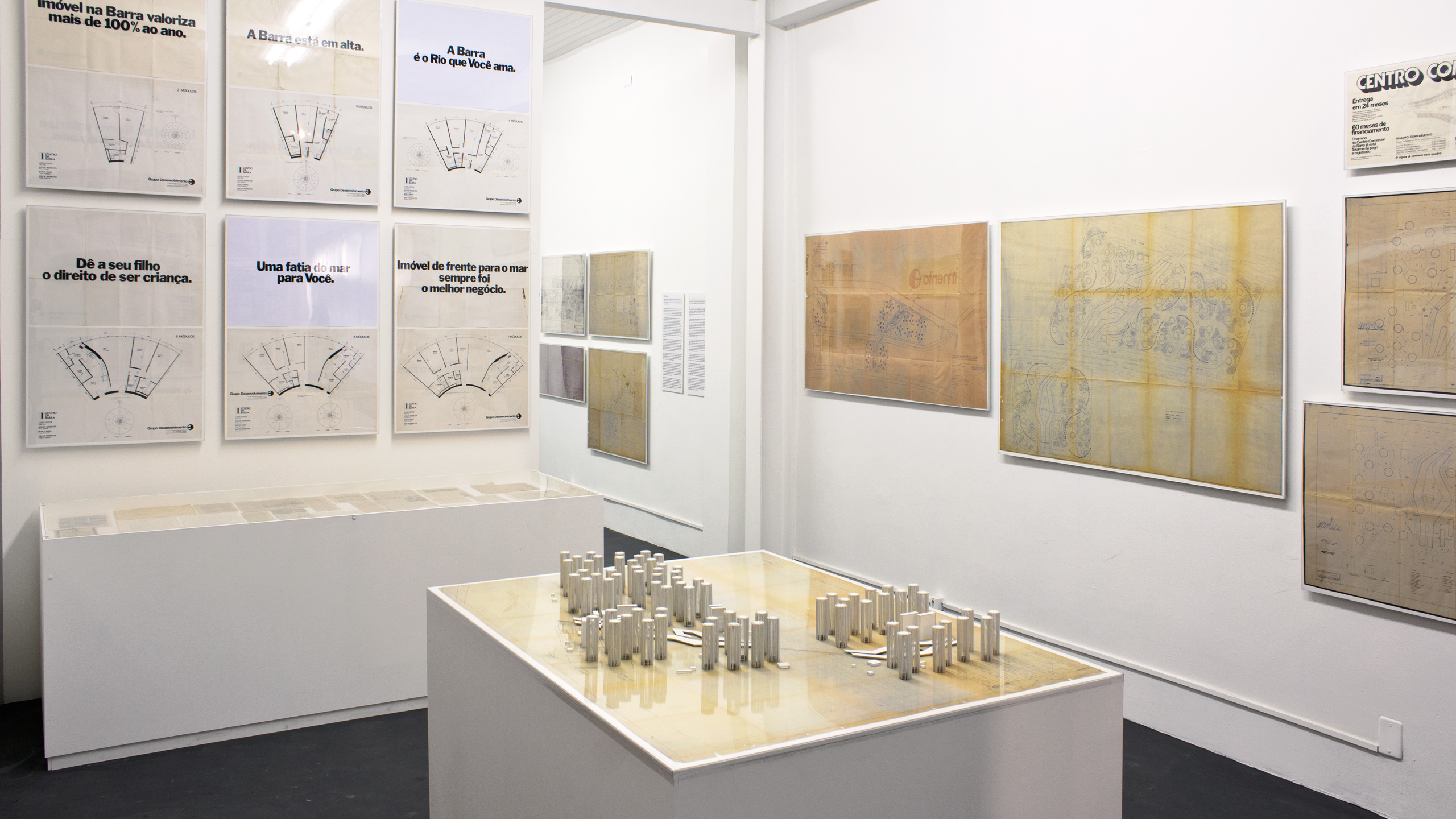 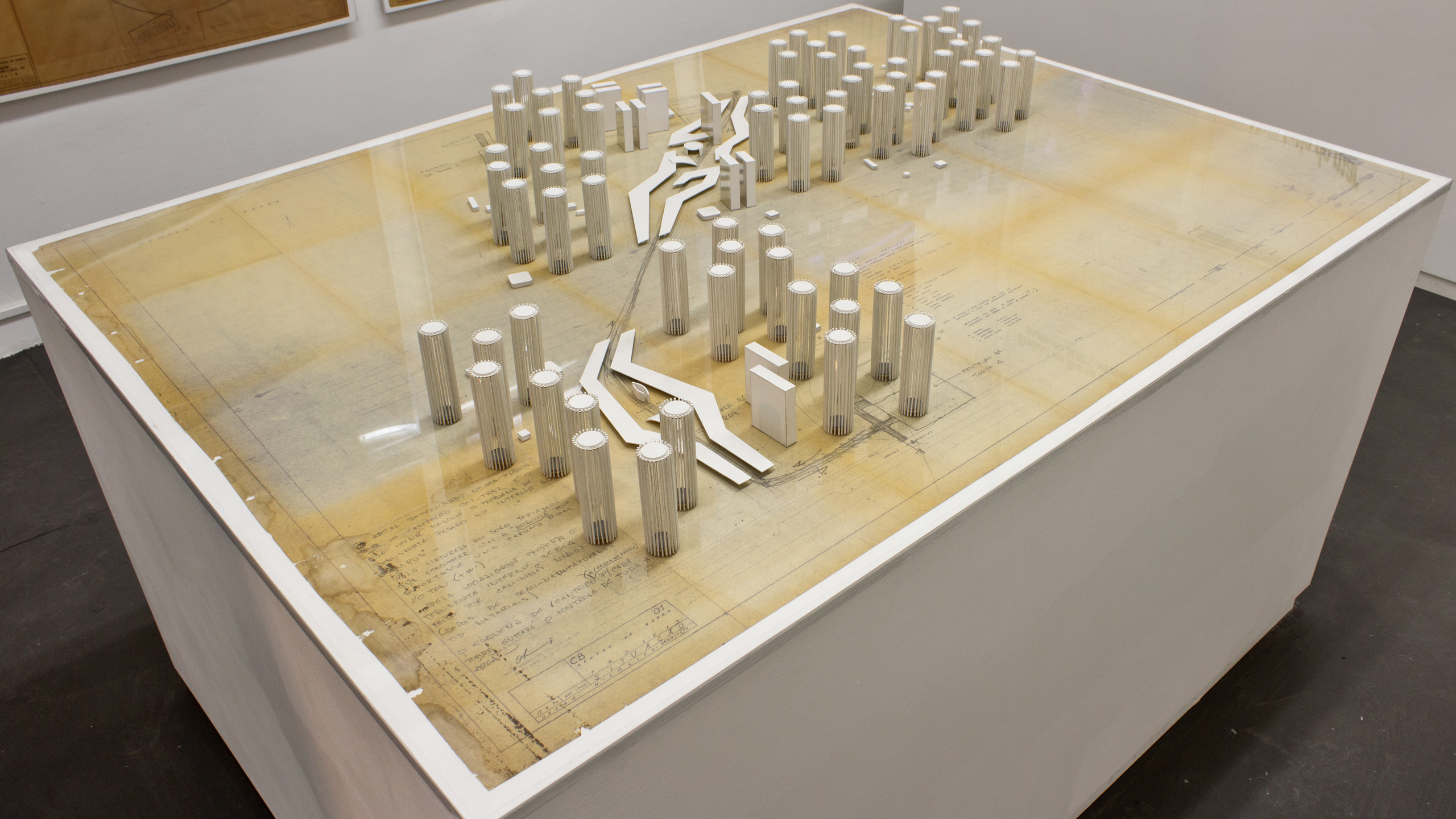 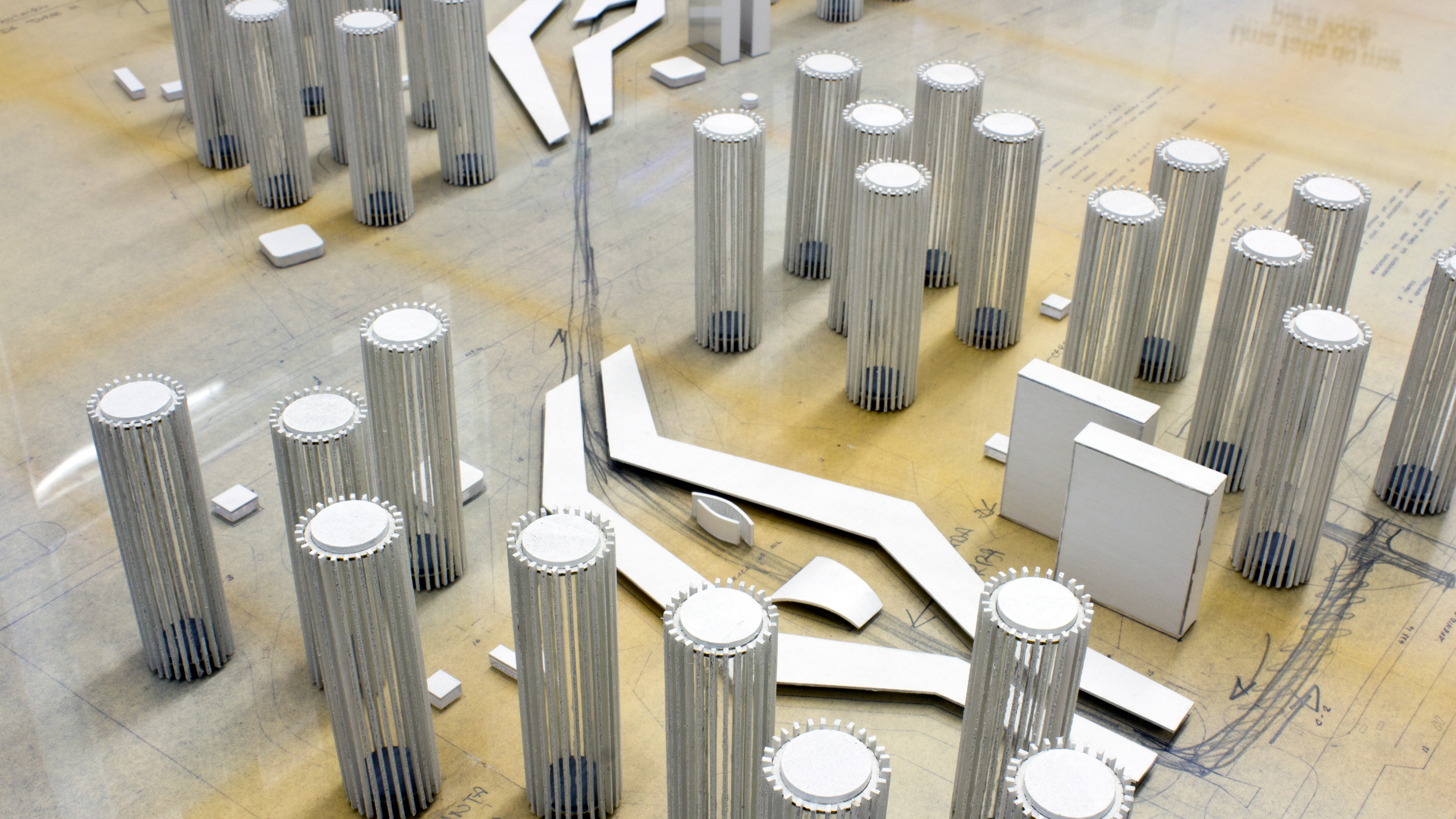 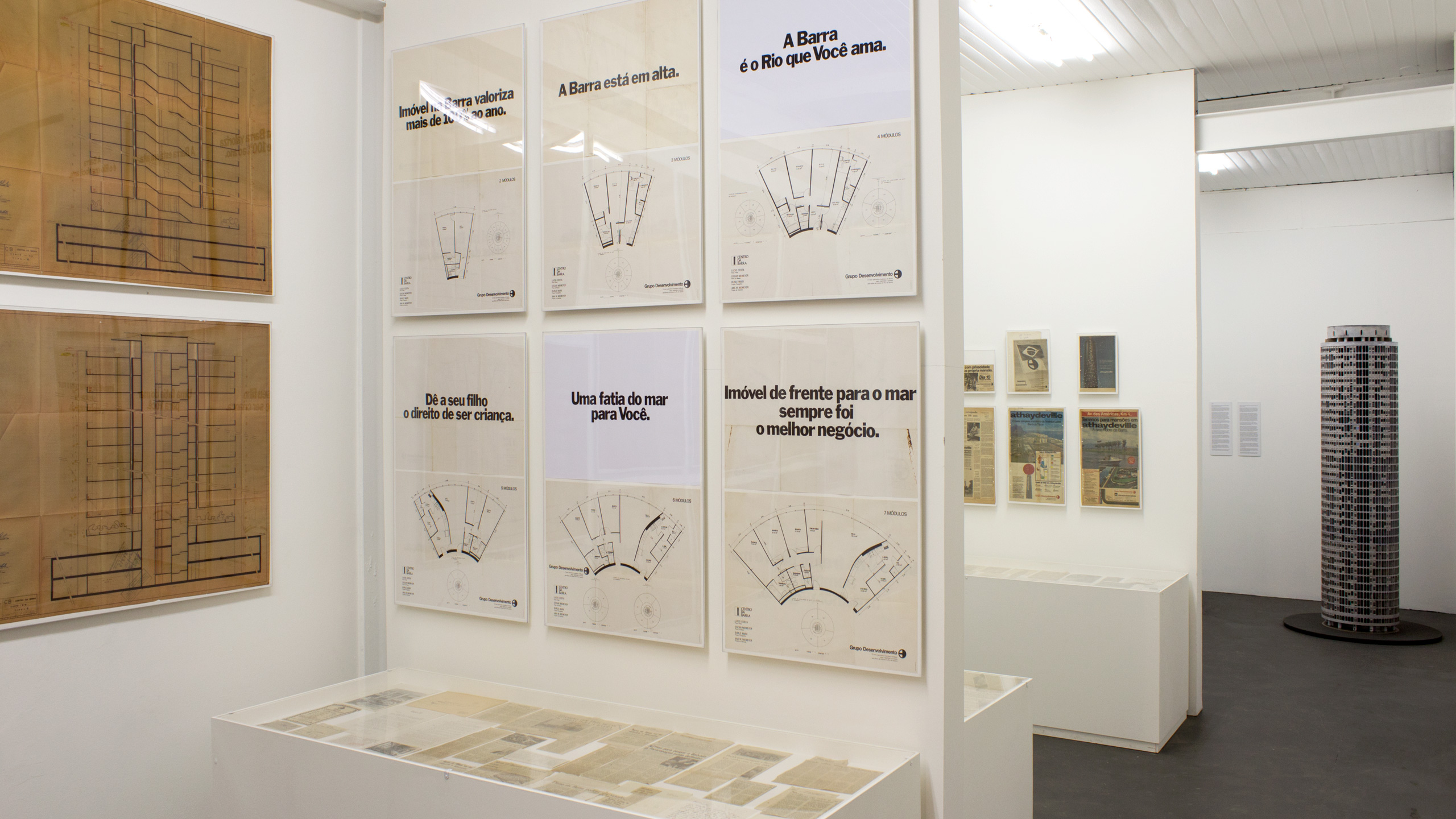 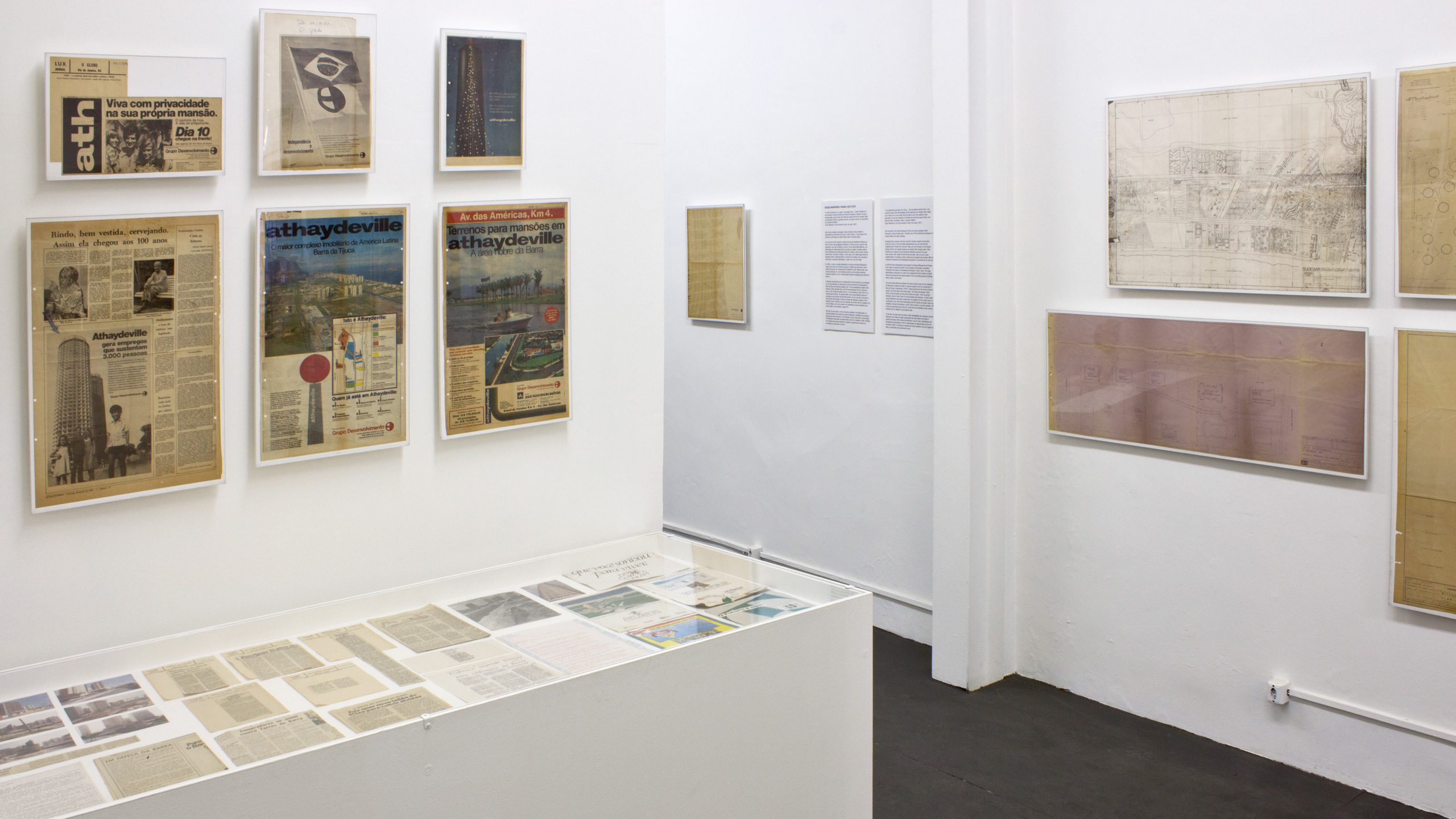 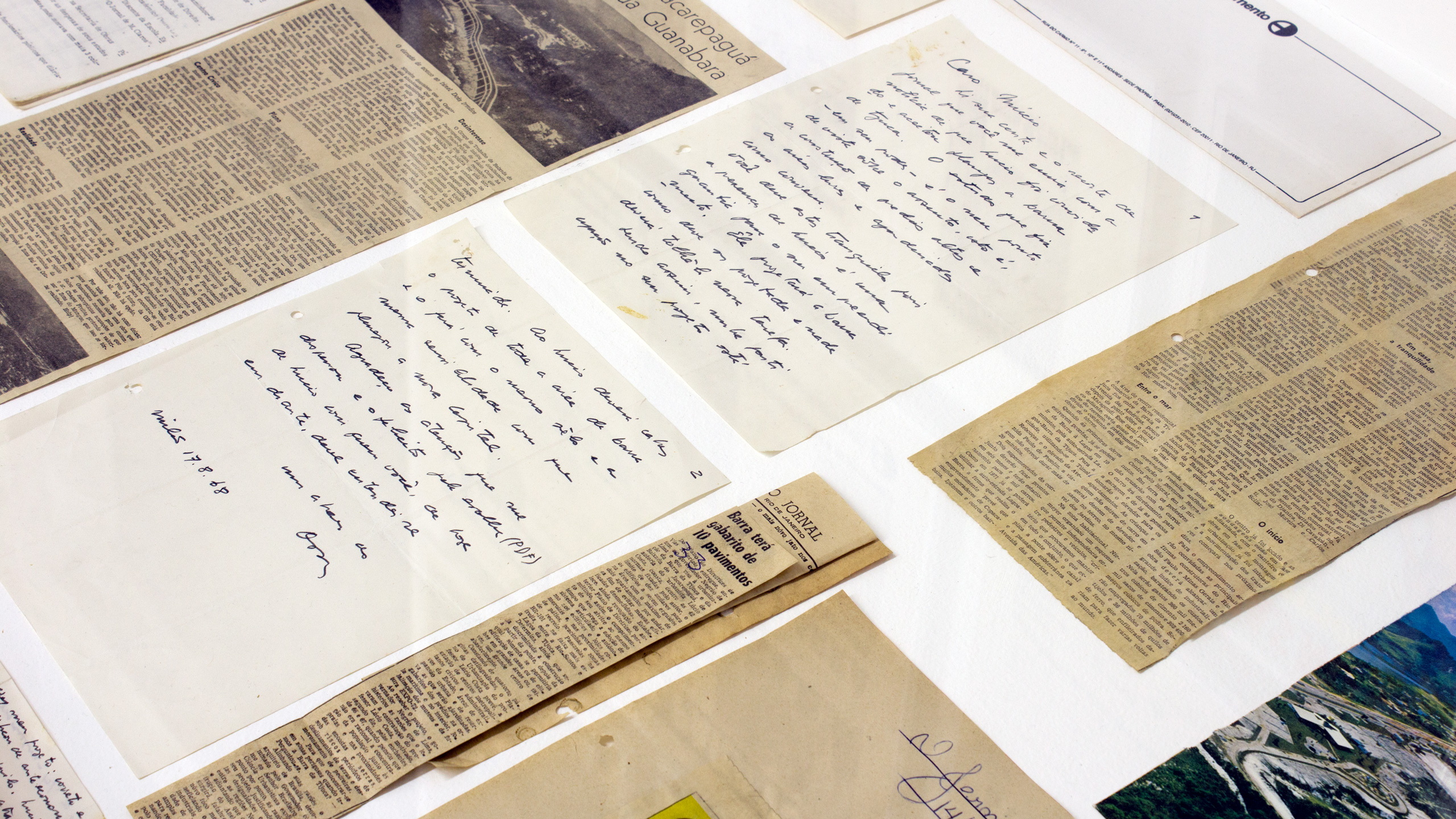 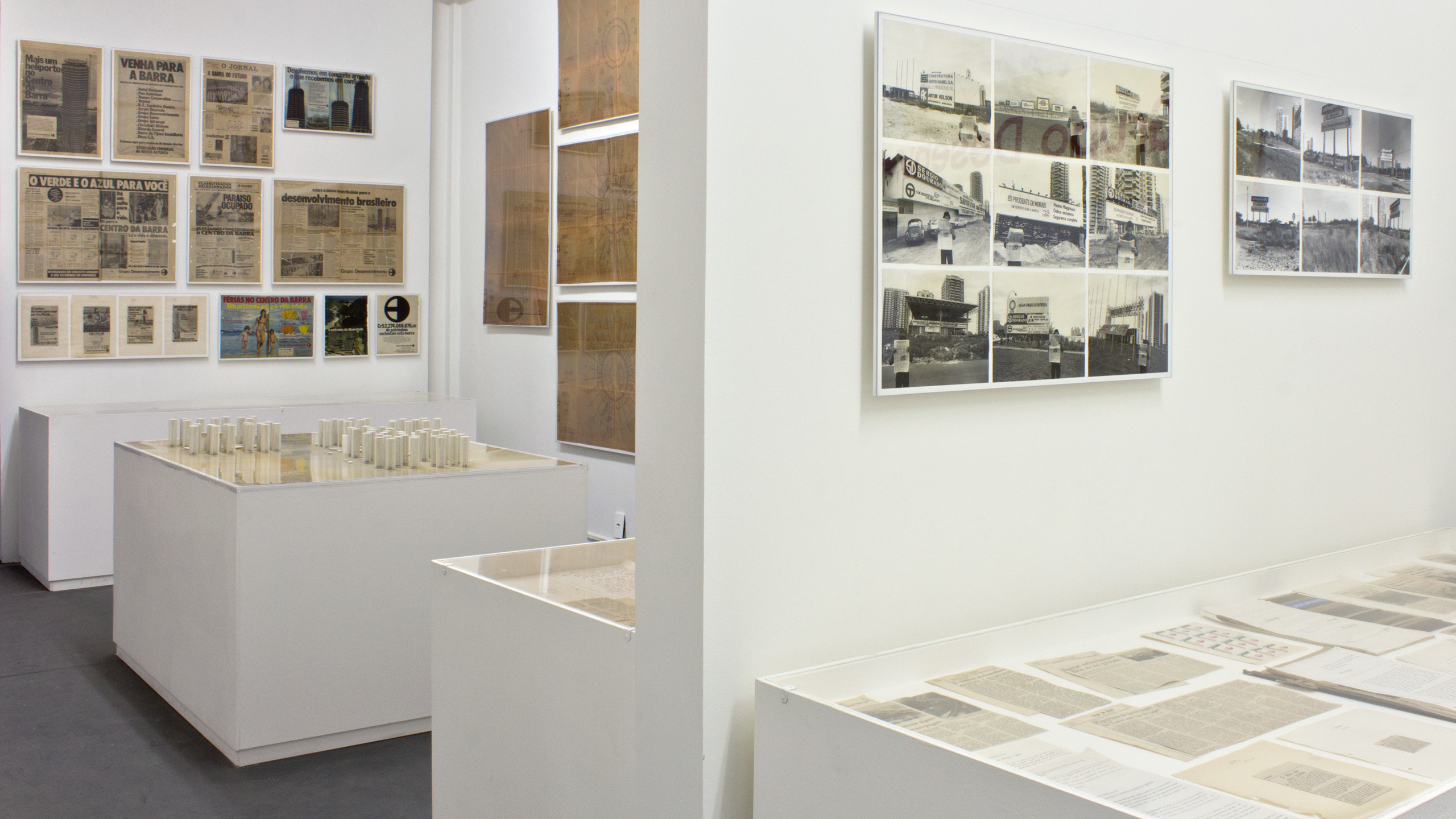 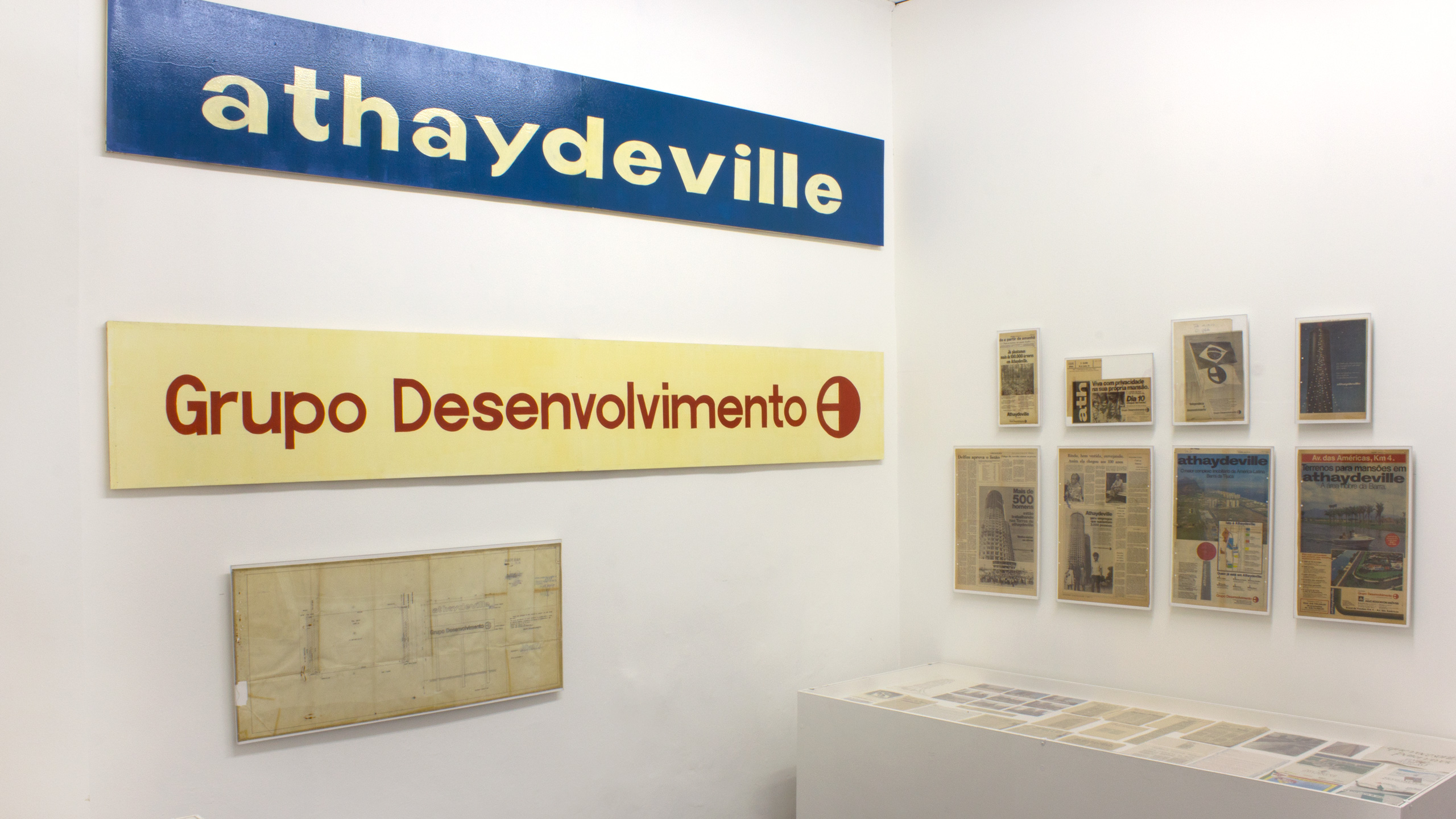 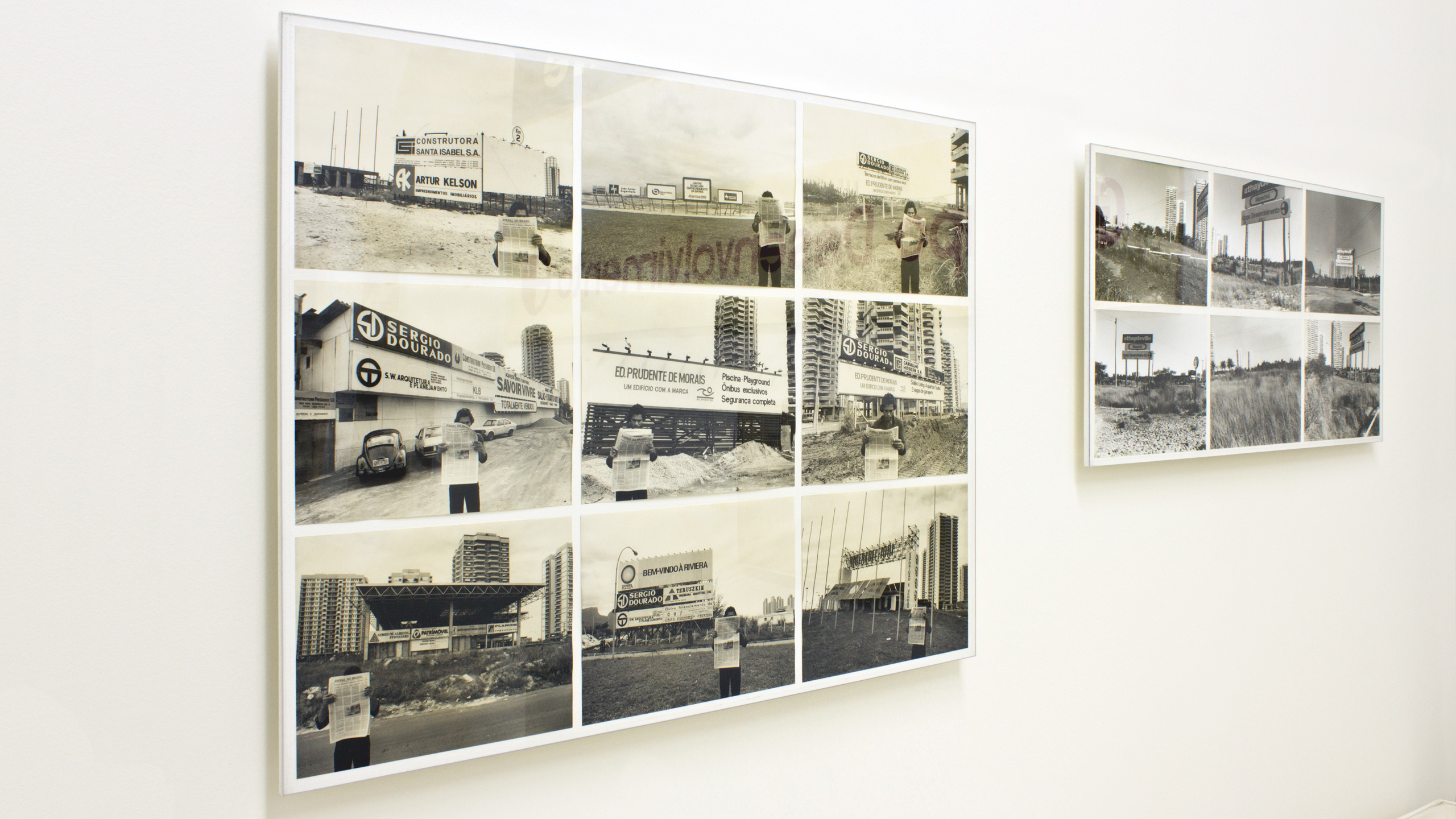 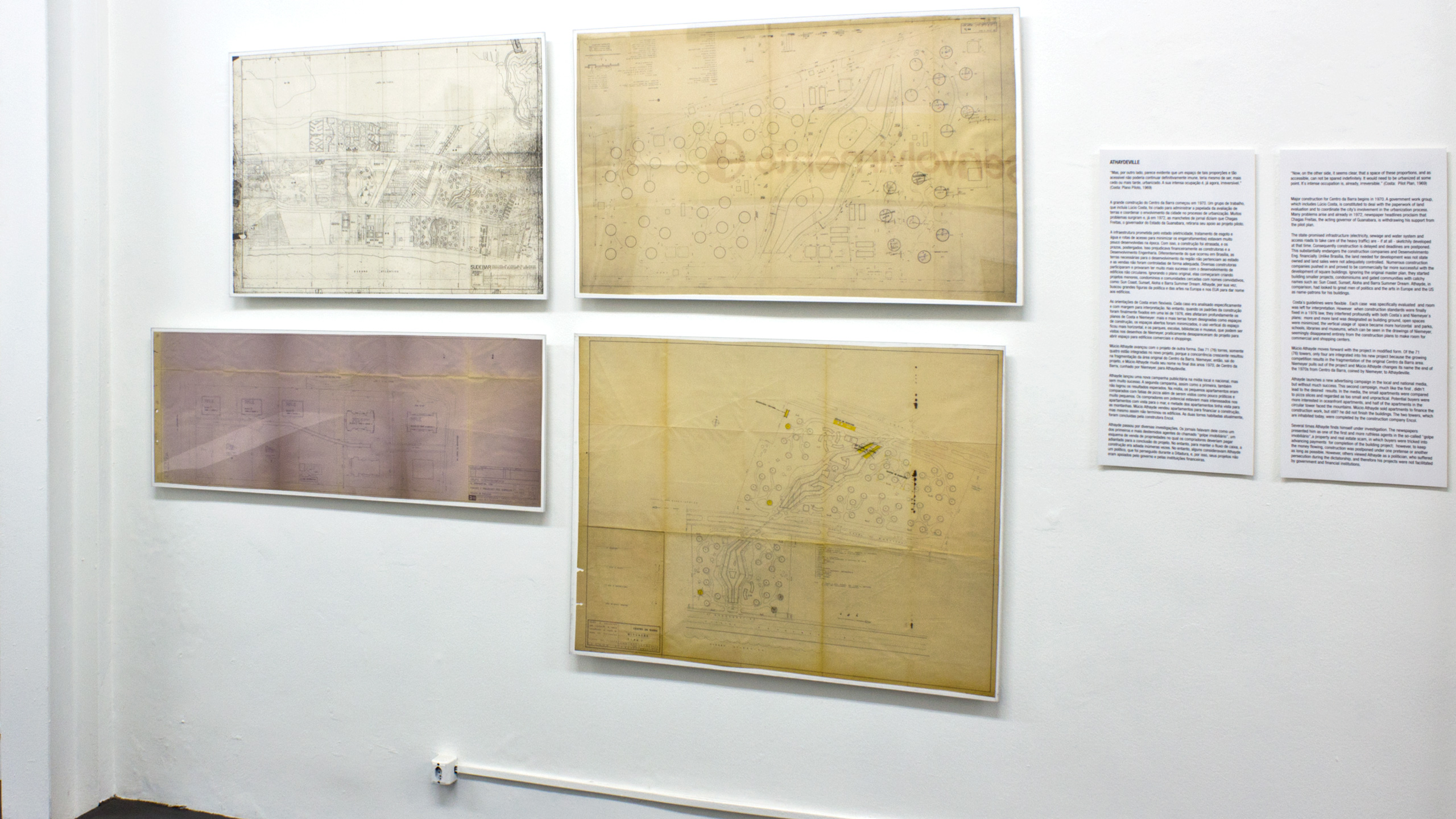 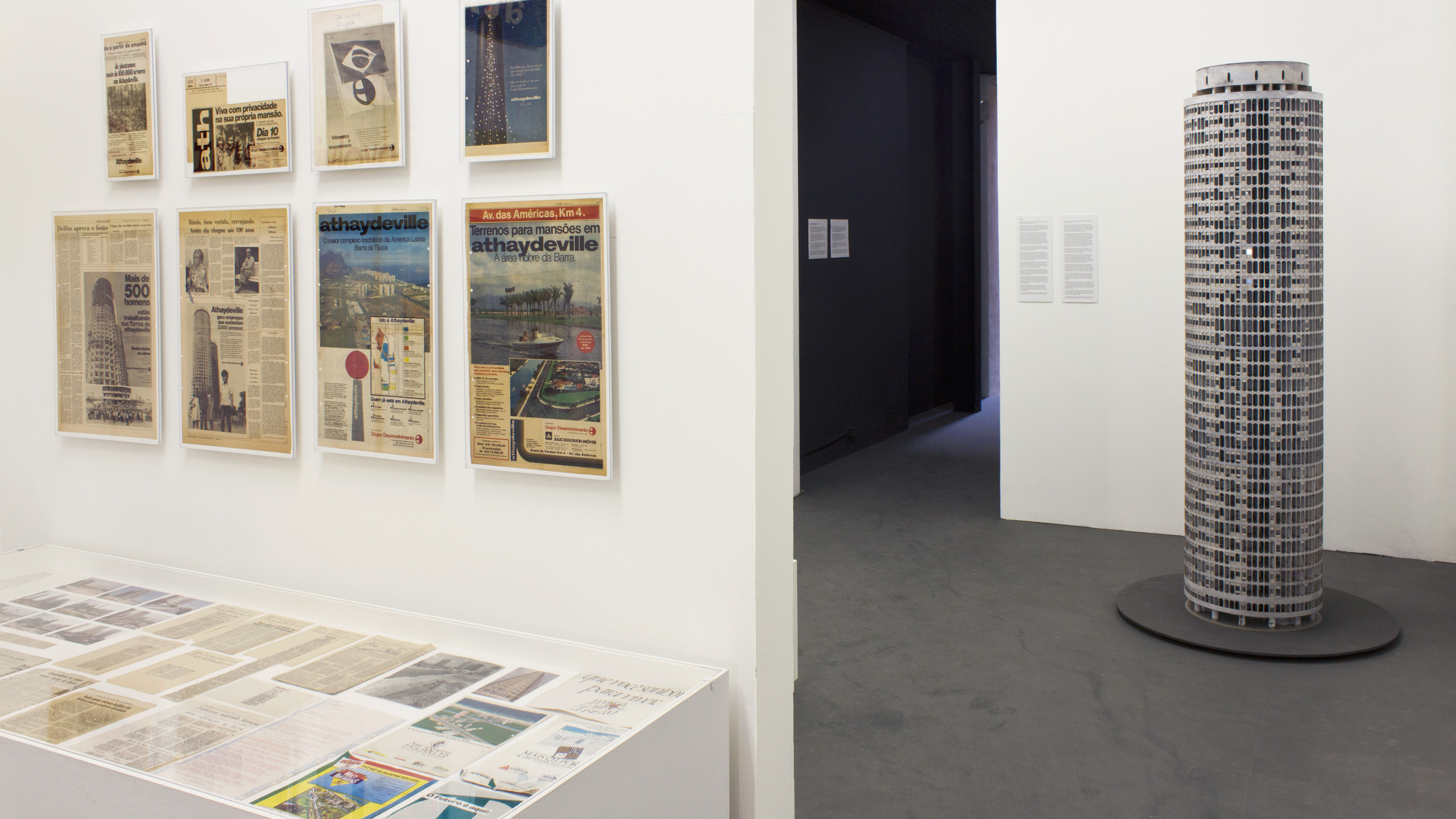 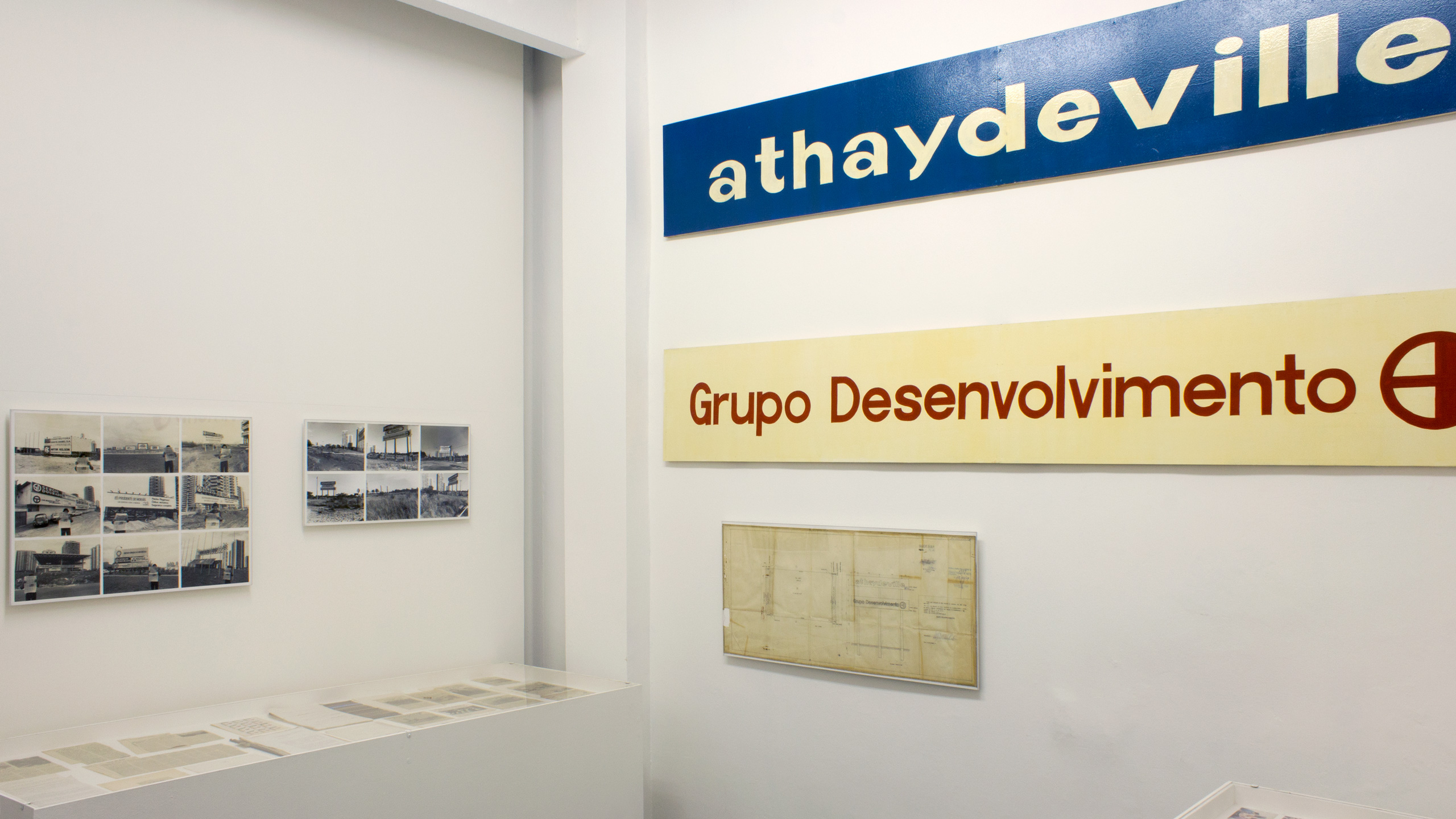 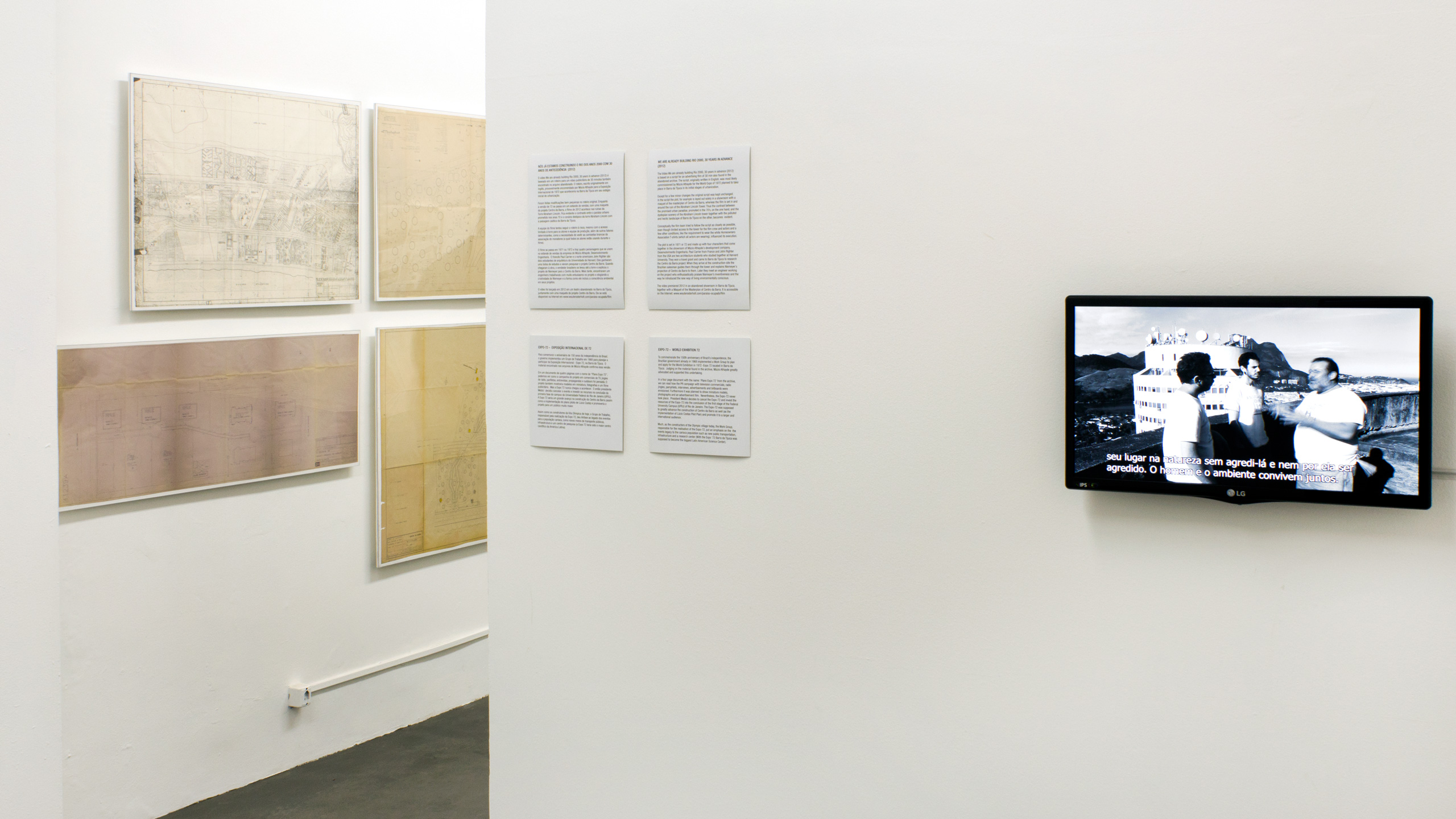 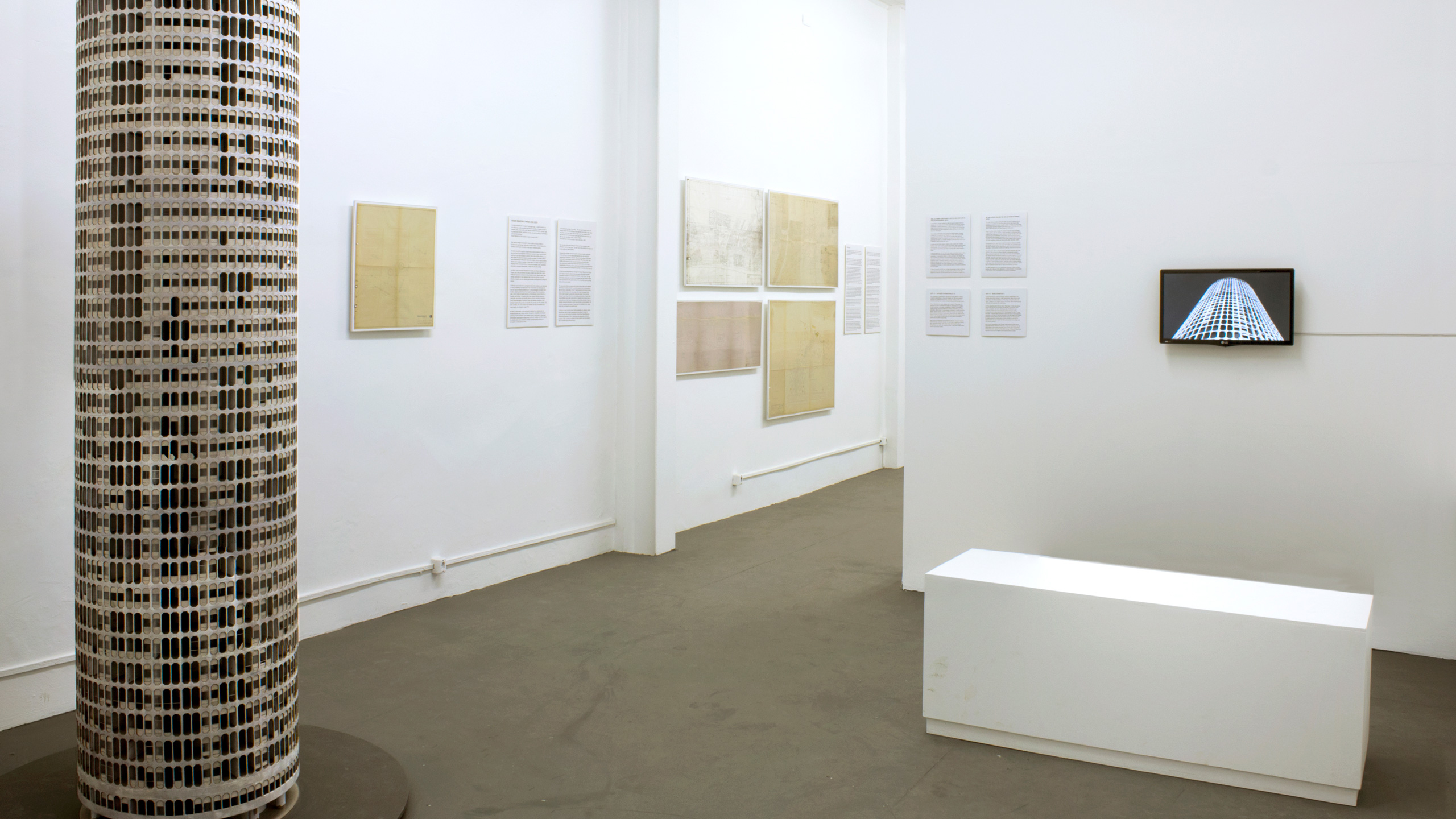 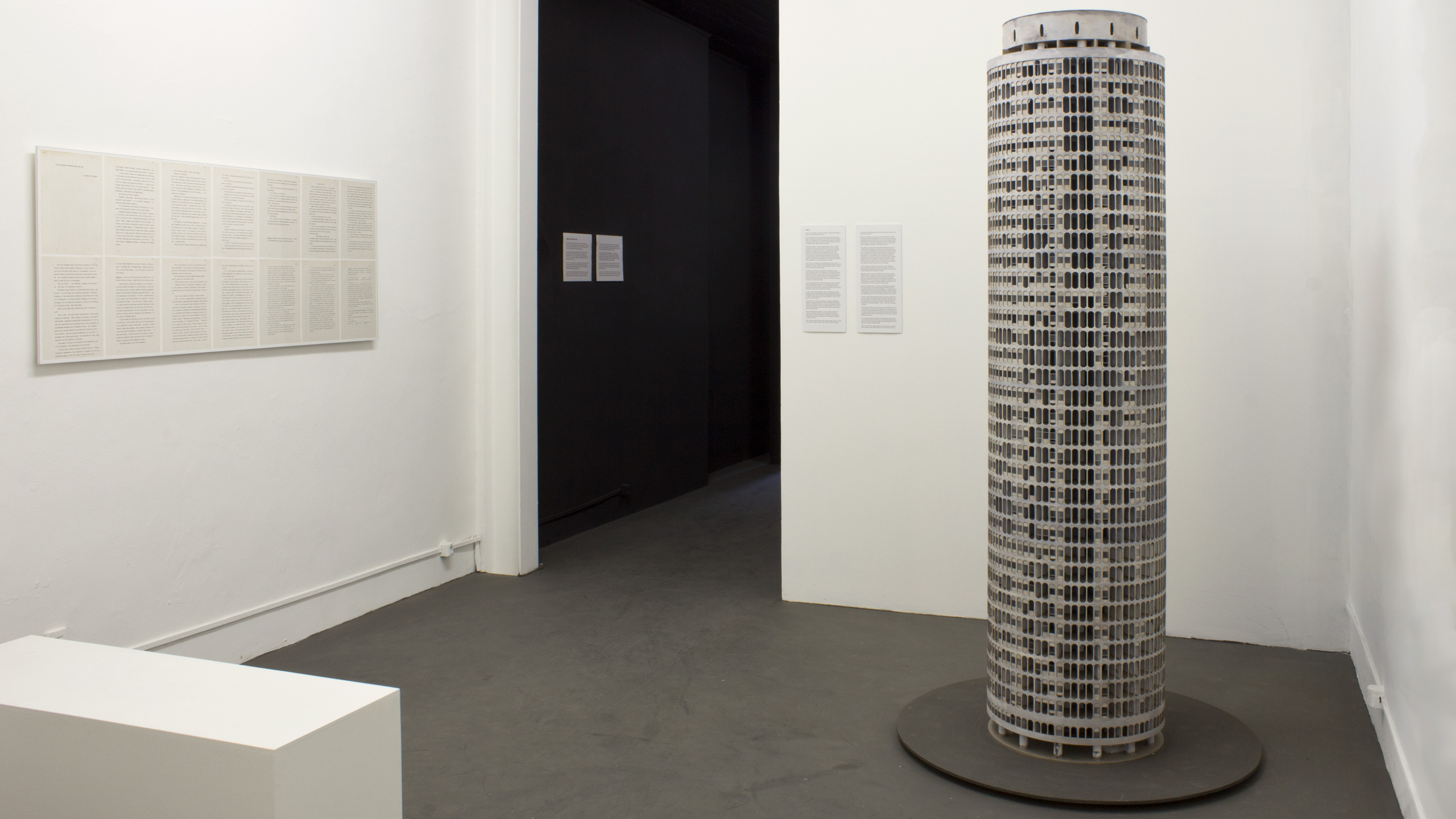 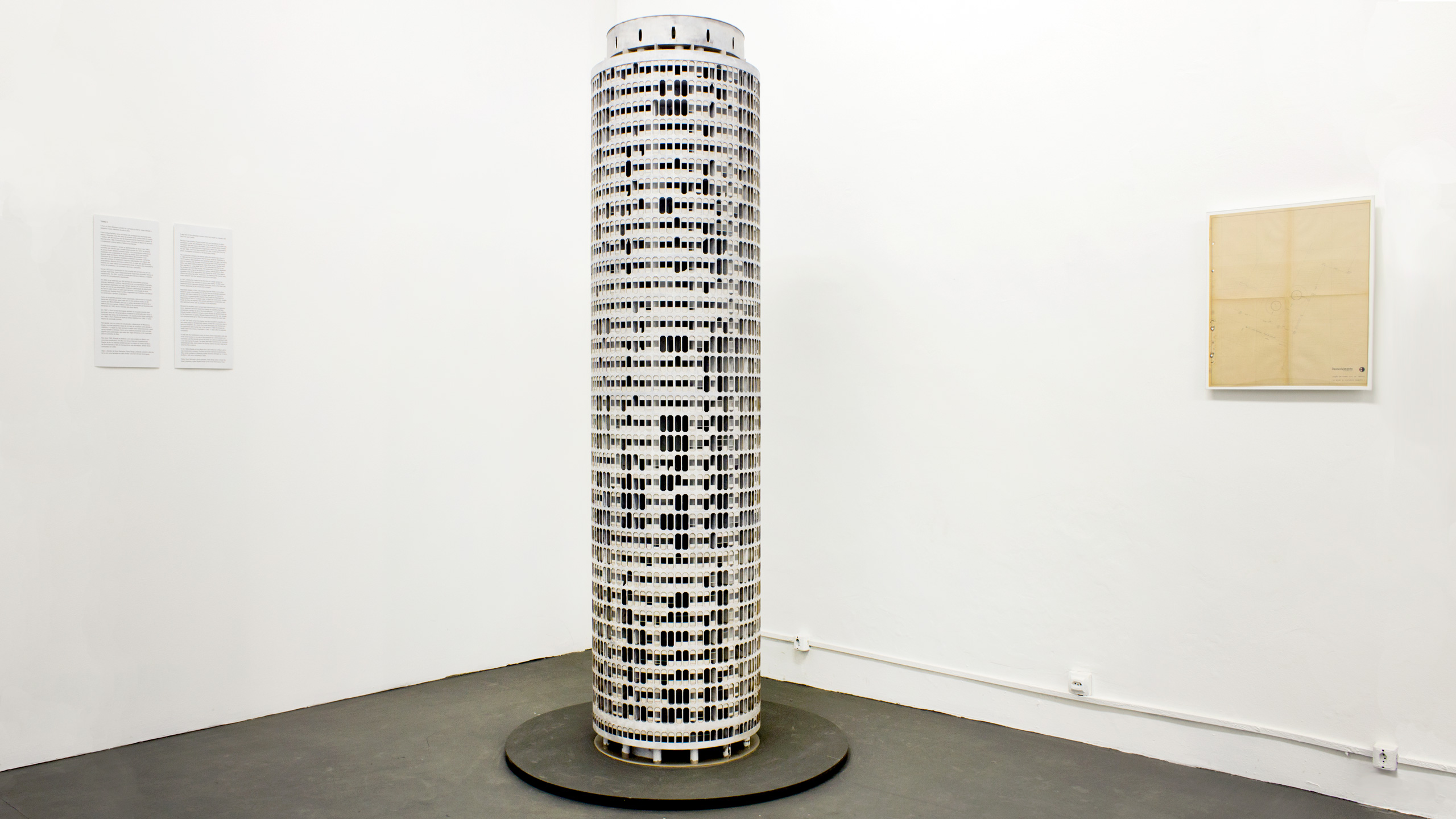 (Portuguese for ‘Occupied Paradise’) is a reconstruction of a failed modernist plan for an urban center in Rio de Janeiro. This plan, designed by Oscar Niemeyer, was officially approved in 1970 and served as inspiration for Lúcio Costa’s Pilot Plan for the greater region. All the documents in the exhibition are part of an abandoned archive found in the ruin of one of the three actually constructed circular towers. A website with the digitalized documents was launched with the exhibition, so the material became accessible to the public. This precedes the ultimate objective of Paraíso Ocupado: the establishment of a museum concerned with the urbanization history of Barra da Tijuca.

The project aims to revisit and reconstruct the master plan Centro da Barra, later known as Athaydeville, an urban center located in Barra da Tijuca, in the West zone of Rio de Janeiro in Brazil. The research culminated in an exhibition at Studio-X Rio in 2016. The original masterplan for Centro da Barra, designed by Oscar Niemeyer, was officially approved in 1970 and served as inspiration for Lúcio Costa’s Pilot Plan for the greater neighborhood in the lowlands of Jacarepaguá. Centro da Barra was designated to have a modernist infrastructure with 71 circular residential towers and public facilities situated among tropical gardens designed by Roberto Burle-Marx. This residential area, which was not divided by walls or fences, was planned to accommodate a wide range of income and families of different sizes. Lúcio Costa then projected these urban centers on a larger scale throughout the lowlands.

Without strict state control Barra da Tijuca turned into an urban El Dorado for real estate developers and the guidelines of the masterplan were eventually disregarded. Development began in the early 1970s, but paused repeatedly amid rampant speculation, unfocused politics and obscure business affairs, until the project was finally discontinued in 2005. Nowadays Barra is a loose conglomeration of shopping centers, parking lots and gated communities. Barra transformed into an anti-city with its incoherent architecture and disintegrated population. Public interests were crushed under a constant pressure of privatization and surveillance.

Ever since 2010, when Rio de Janeiro was announced host of the 2016 Olympics, Barra has been promoted and developed as its epicenter. And it seems that history repeats itself: land prices have peaked, favelas have been forcefully removed and the region is again (in similar ways as in the early seventies) being sold as the new paradise.

The models and unpublished documentation material bring to light the singularities of Barra da Tijuca’s urbanization. The documents are part of an abandoned archive found in the ruin of one of the three actually constructed circular towers in Barra. All the presented documents in the exhibition originate from this archive. These include architectural maps, drawings, advertisements, newspaper cutouts.

Exhibition at Nest, the Hague, NL →