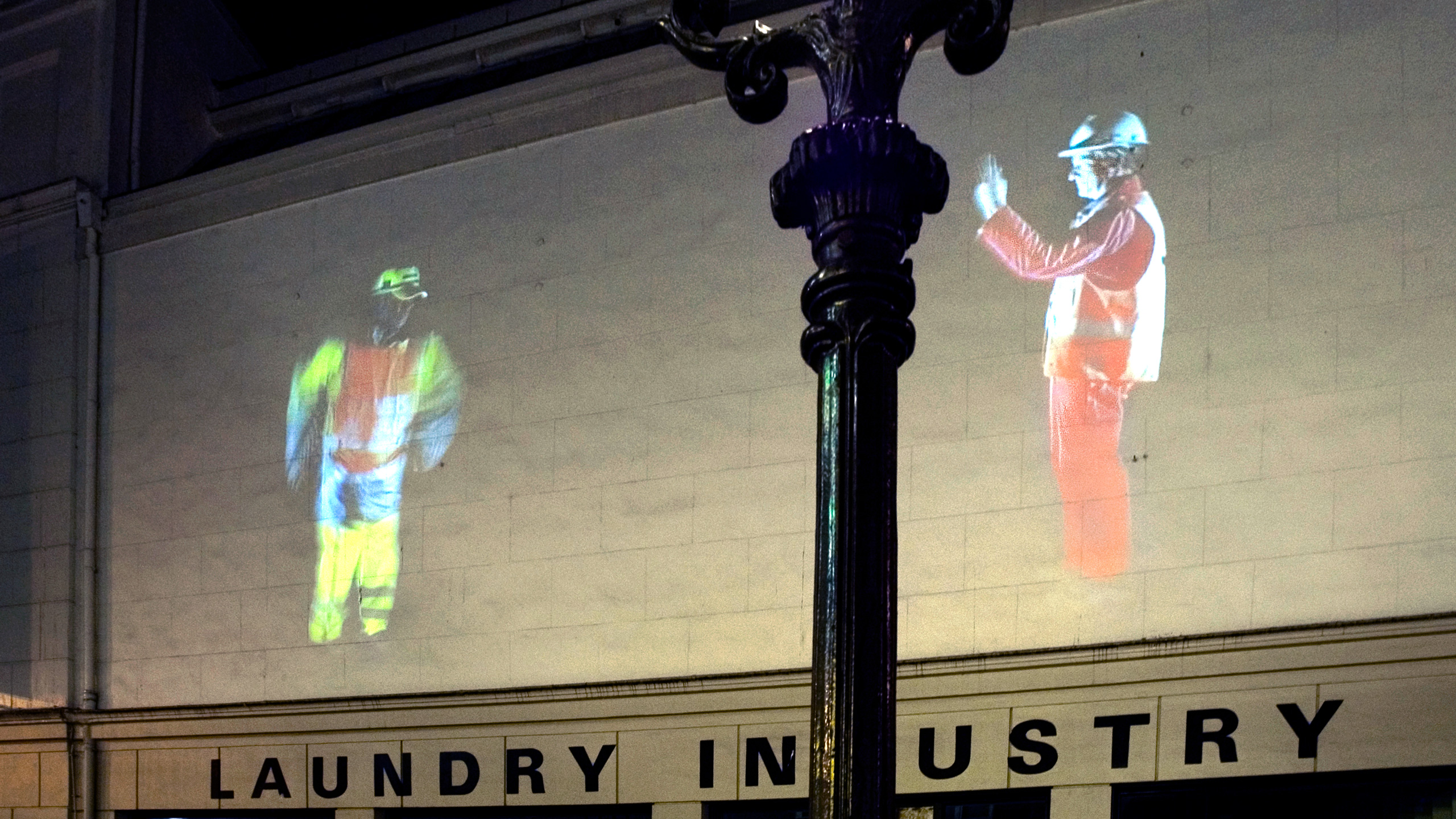 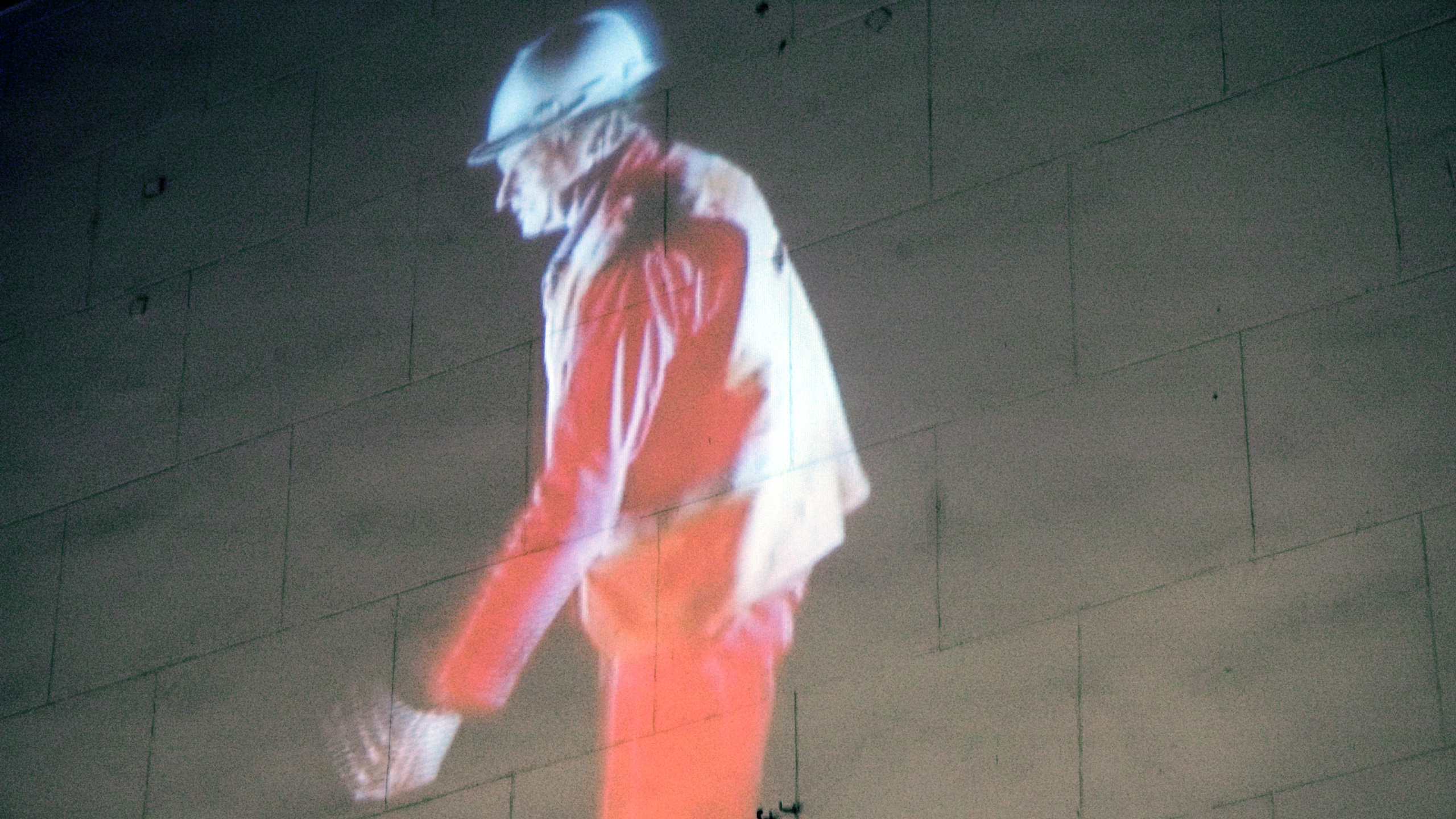 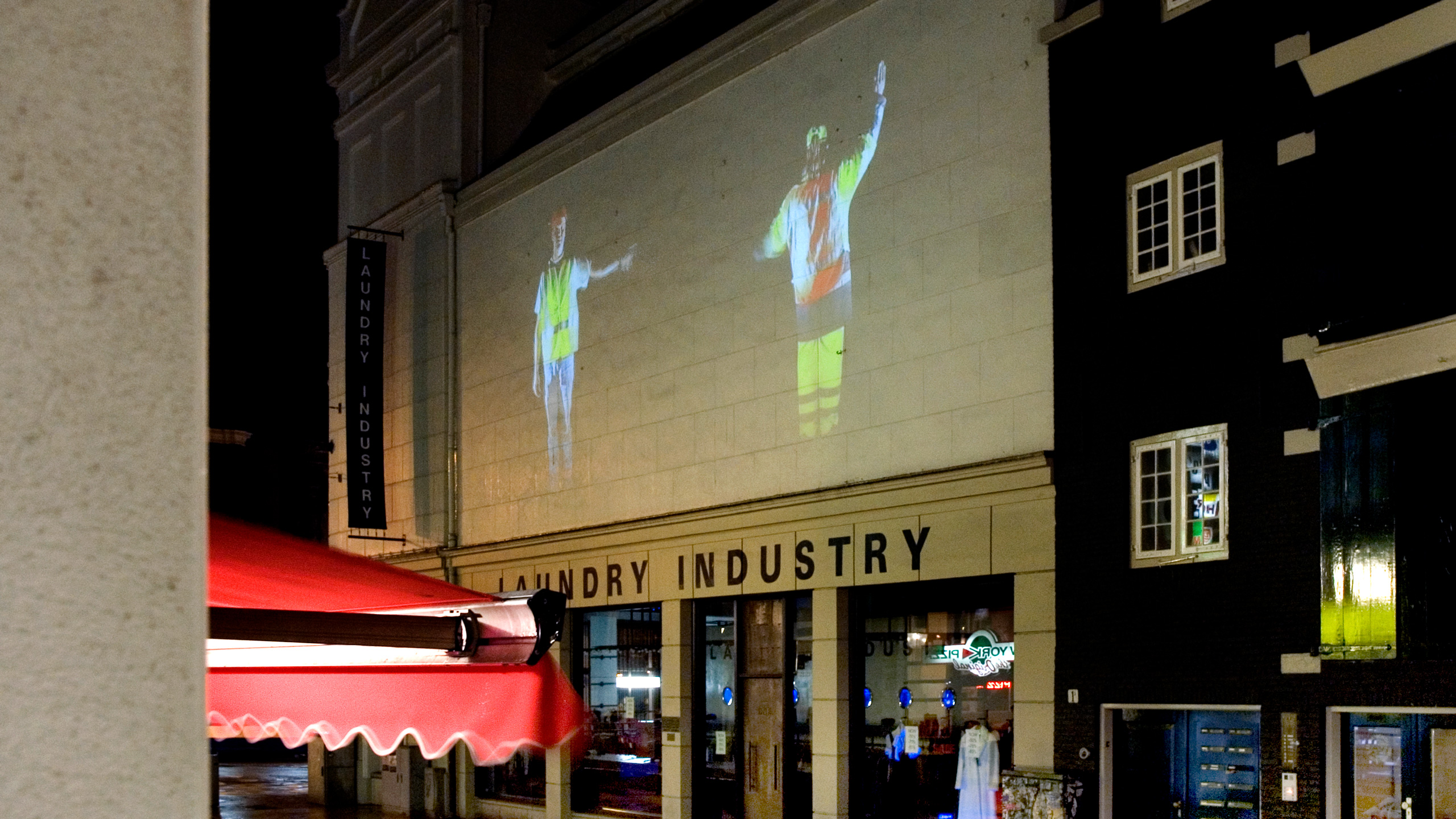 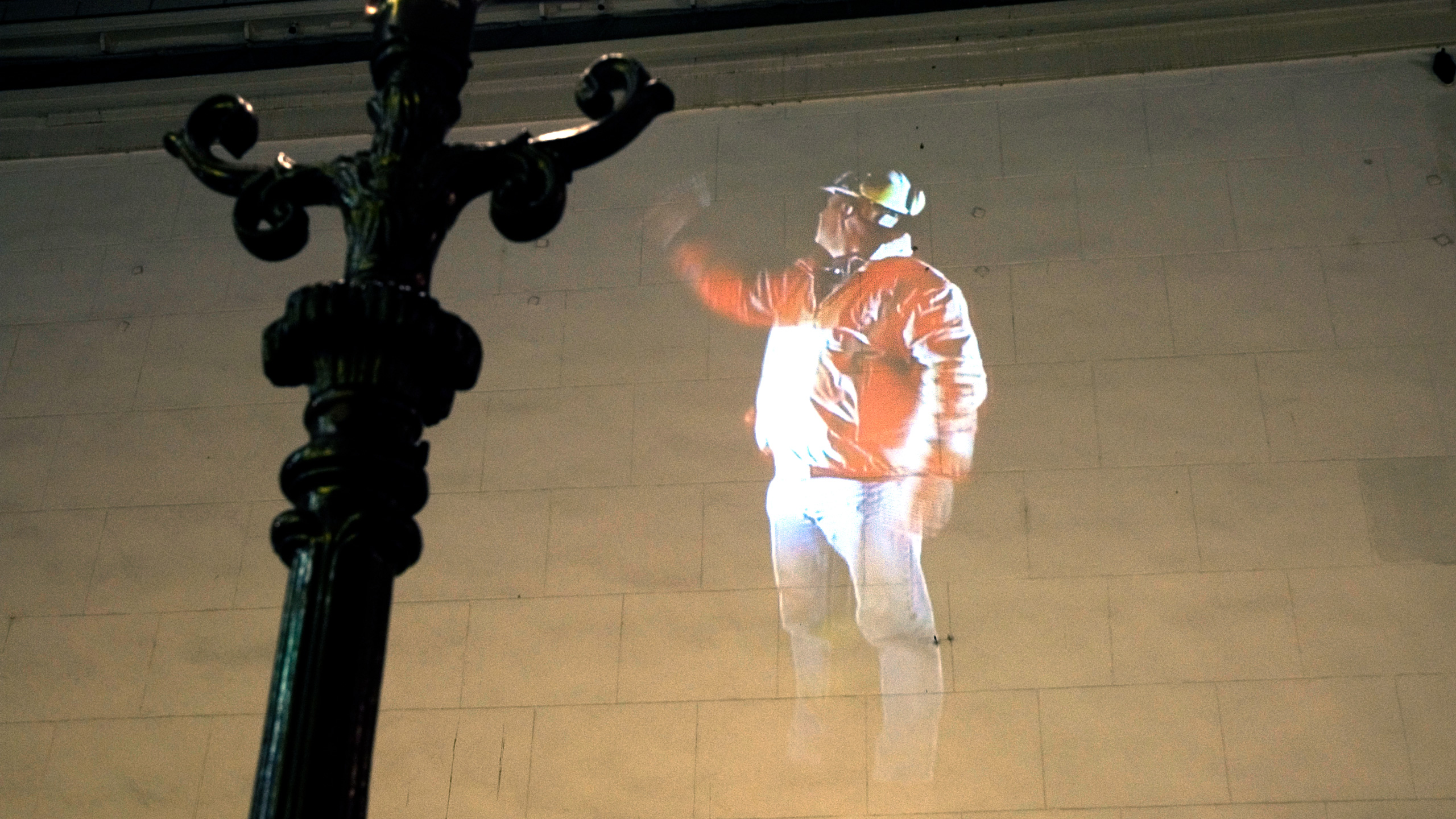 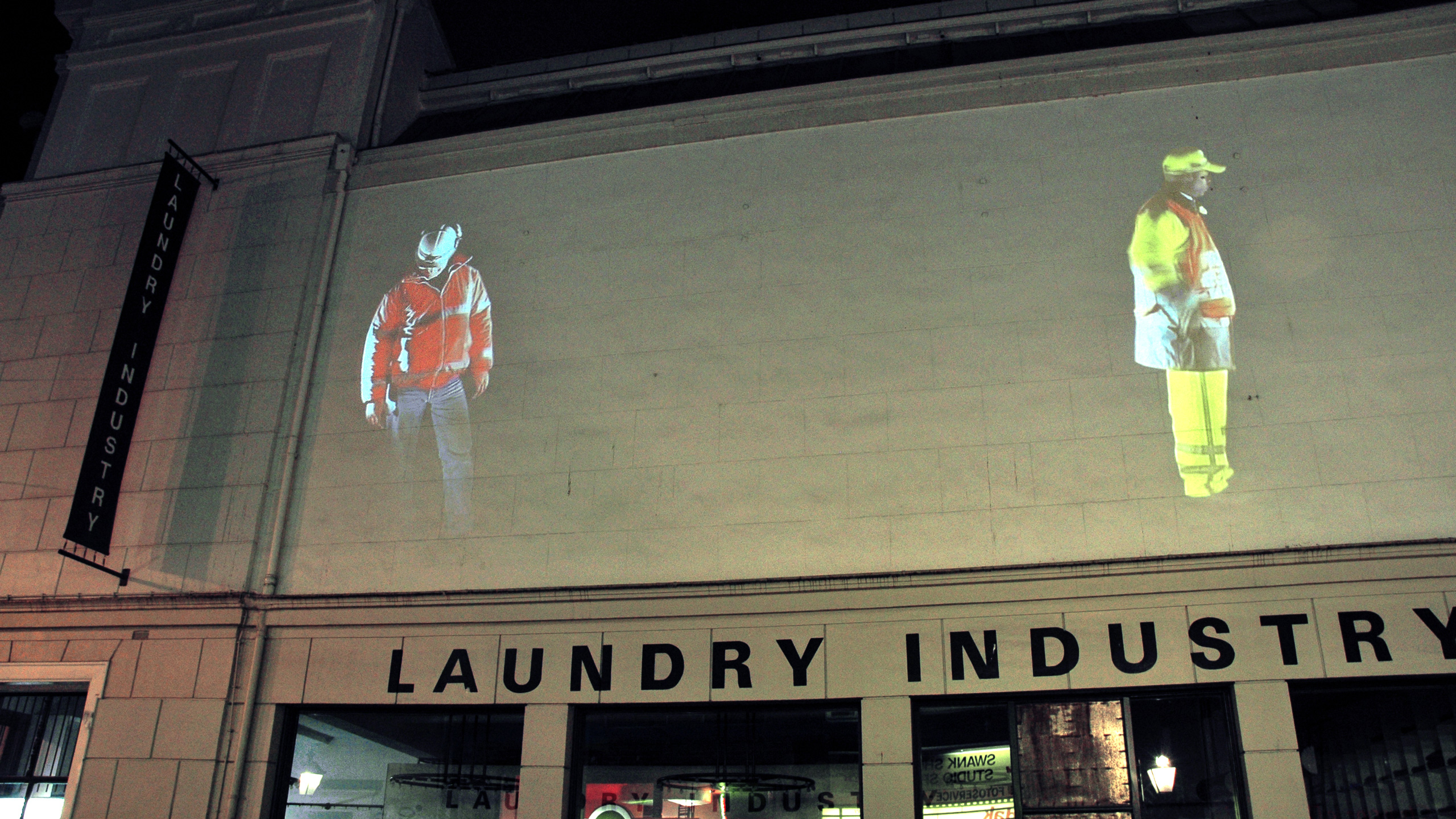 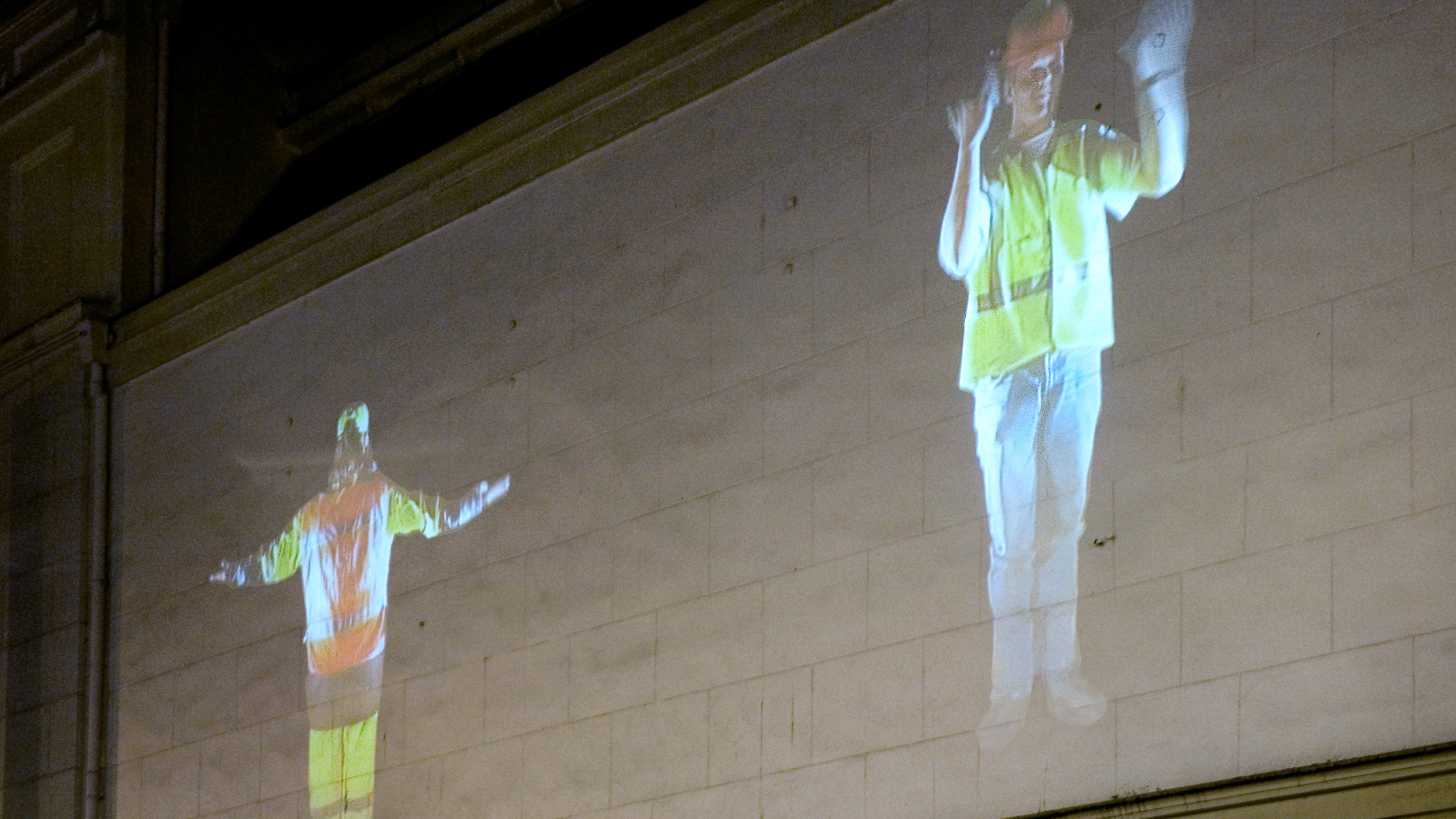 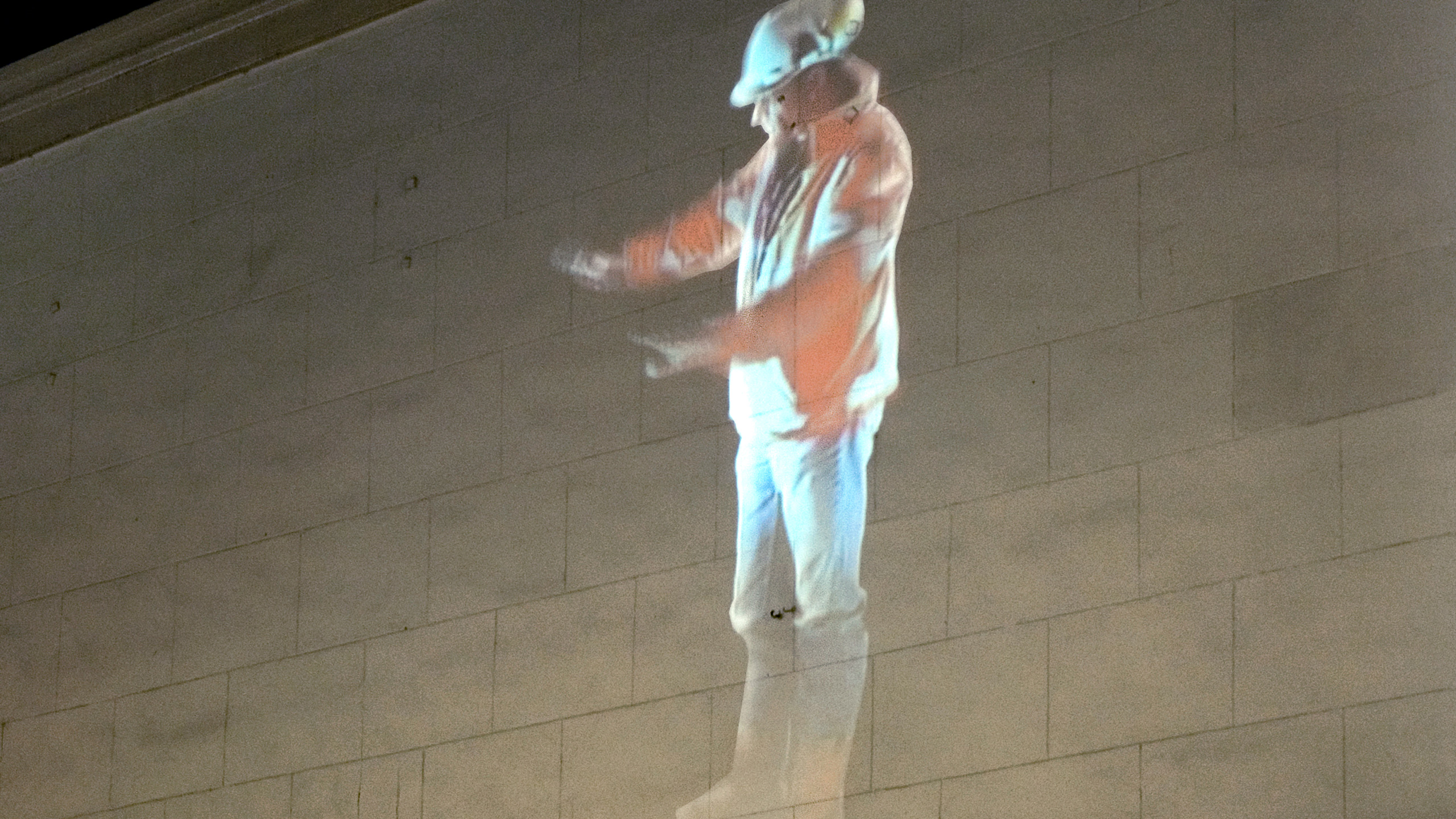 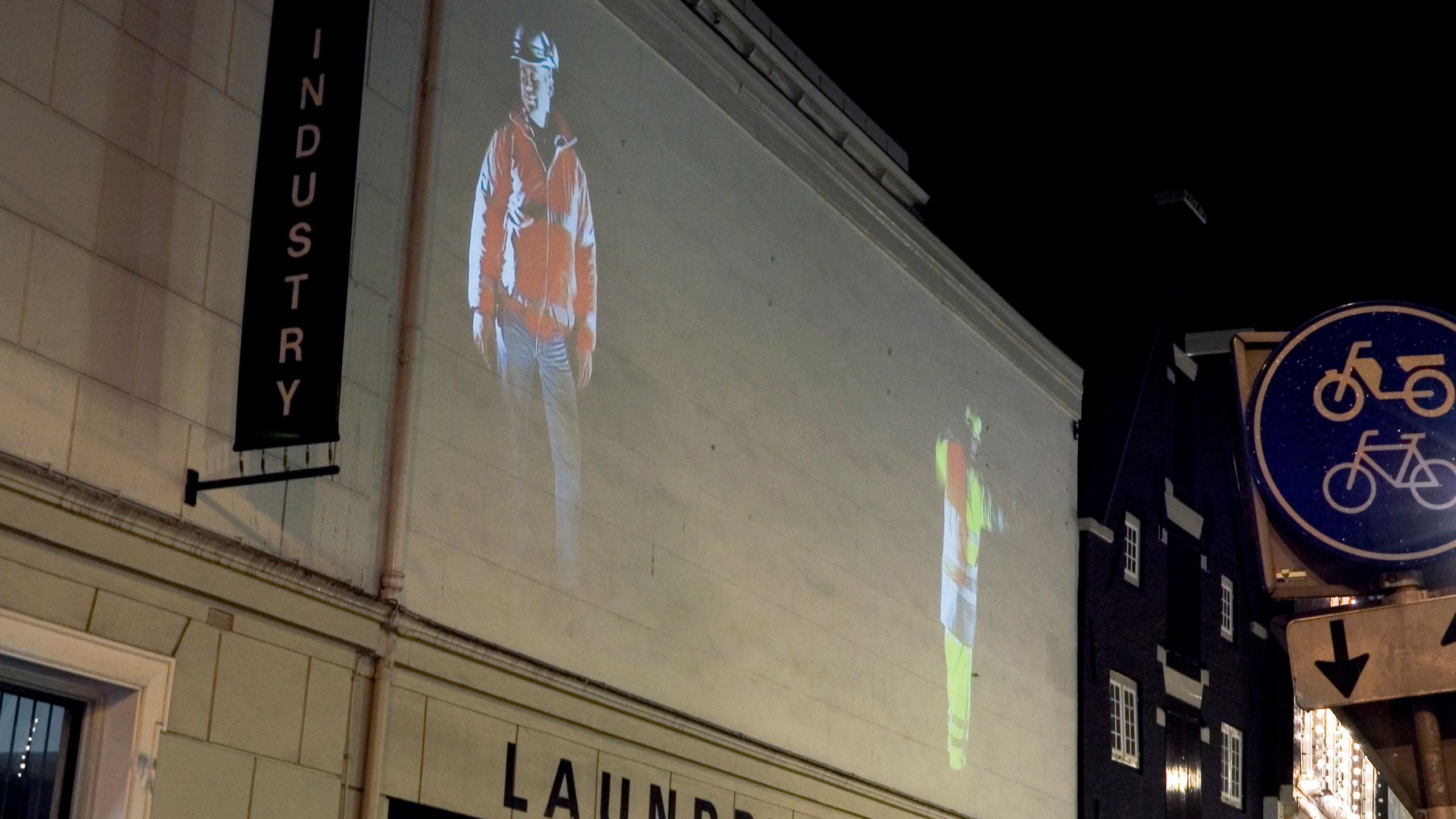 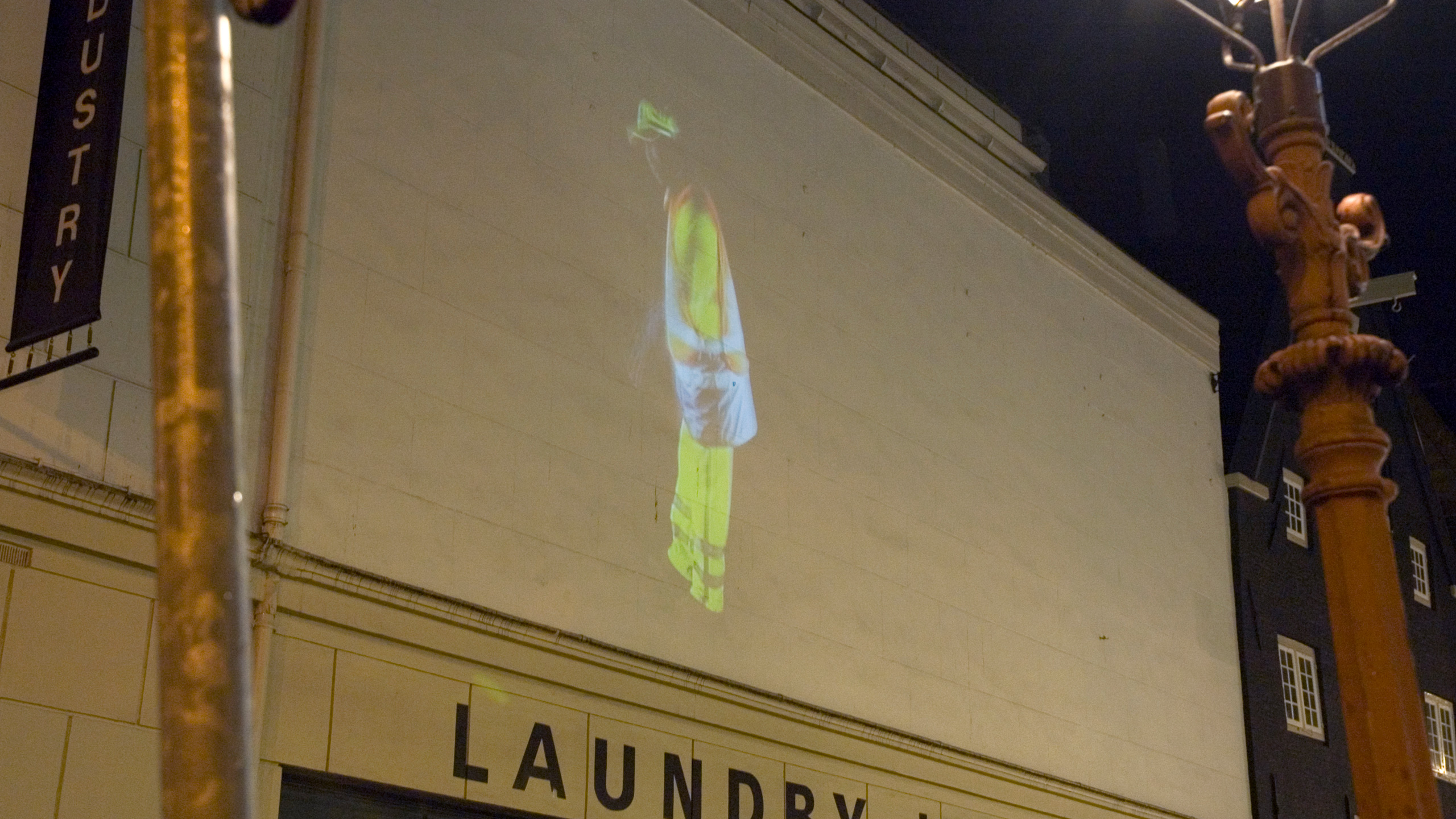 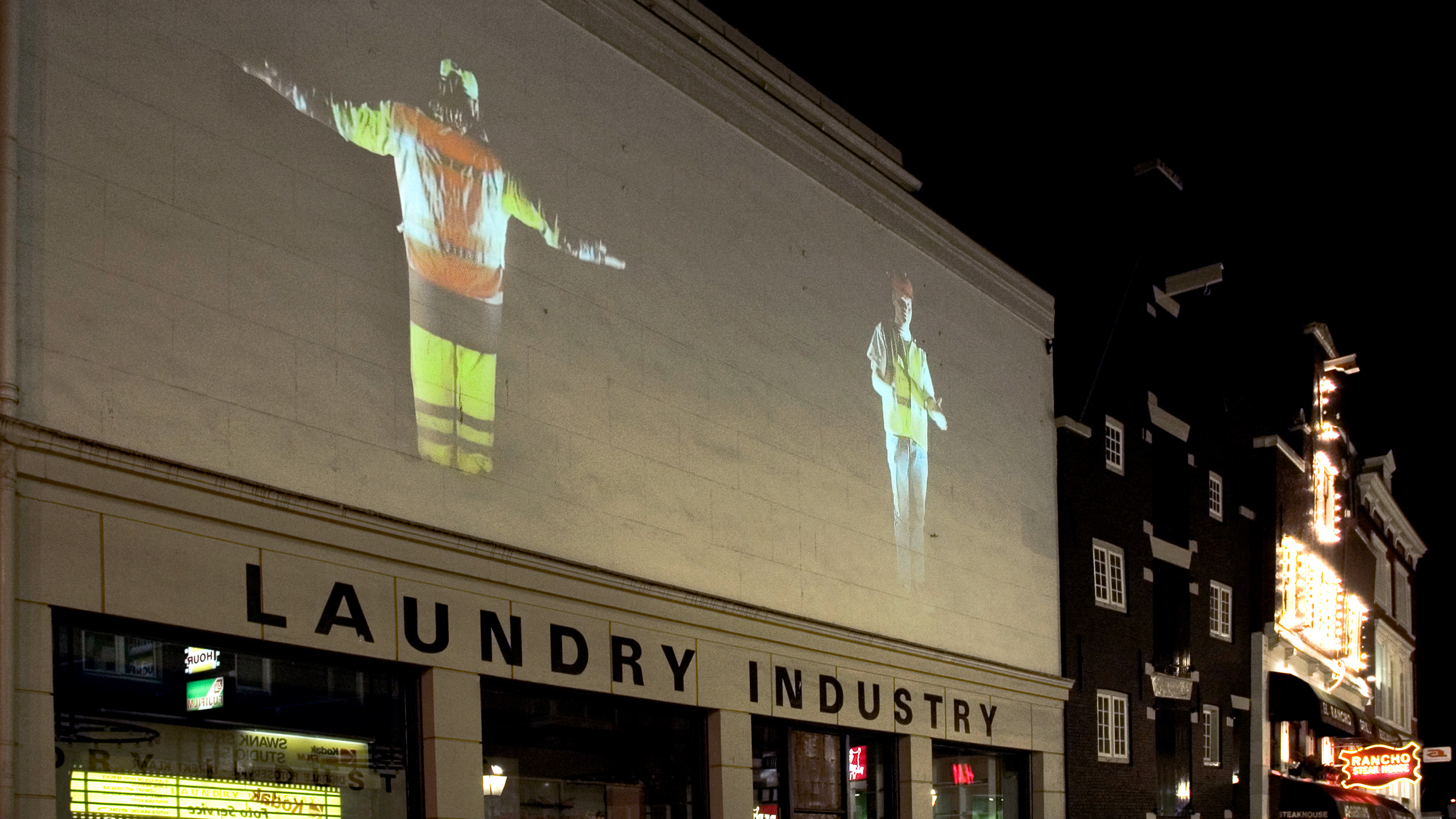 This work studied the construction of a new subway line in Amsterdam and its impact on the experience of public space in the city. The landscape of construction sites with its noise, pollution and obstacles contrasted Amsterdam’s picturesque urban center; bringing new life into a dying city. Over the last decades Amsterdam had become an open-air museum, visited by almost 15 million tourists per year. This has changed the city’s dynamics completely, leaving little room for undefined and uncontrolled space. The construction sites revived the city and temporary broke the suffocating surface of the commodified urban landscape. In order to celebrate this unique moment, the project suggested to focus on the movements of construction workers by projecting their sign language on a wall next to one of the major construction sites in the city center.