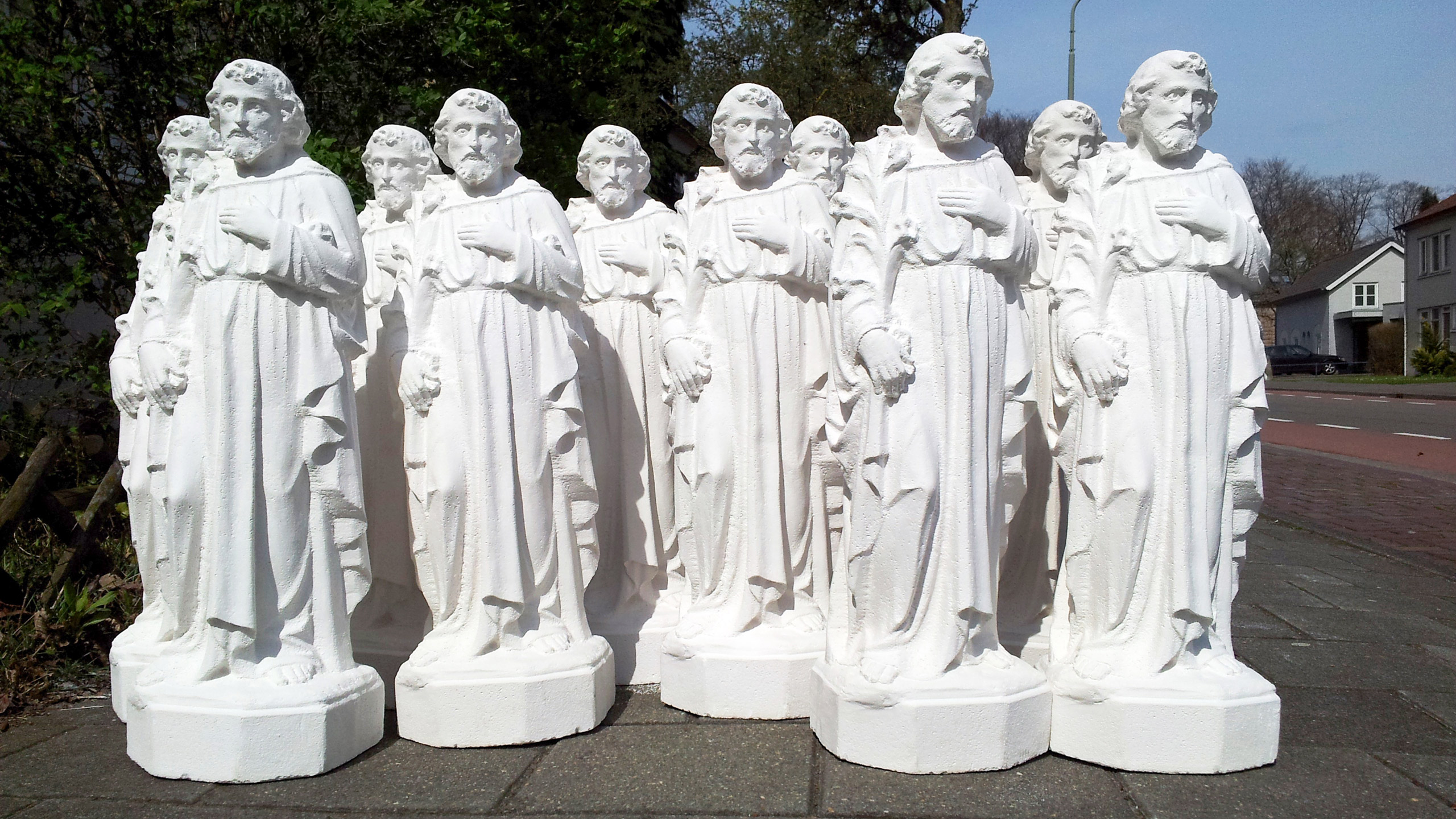 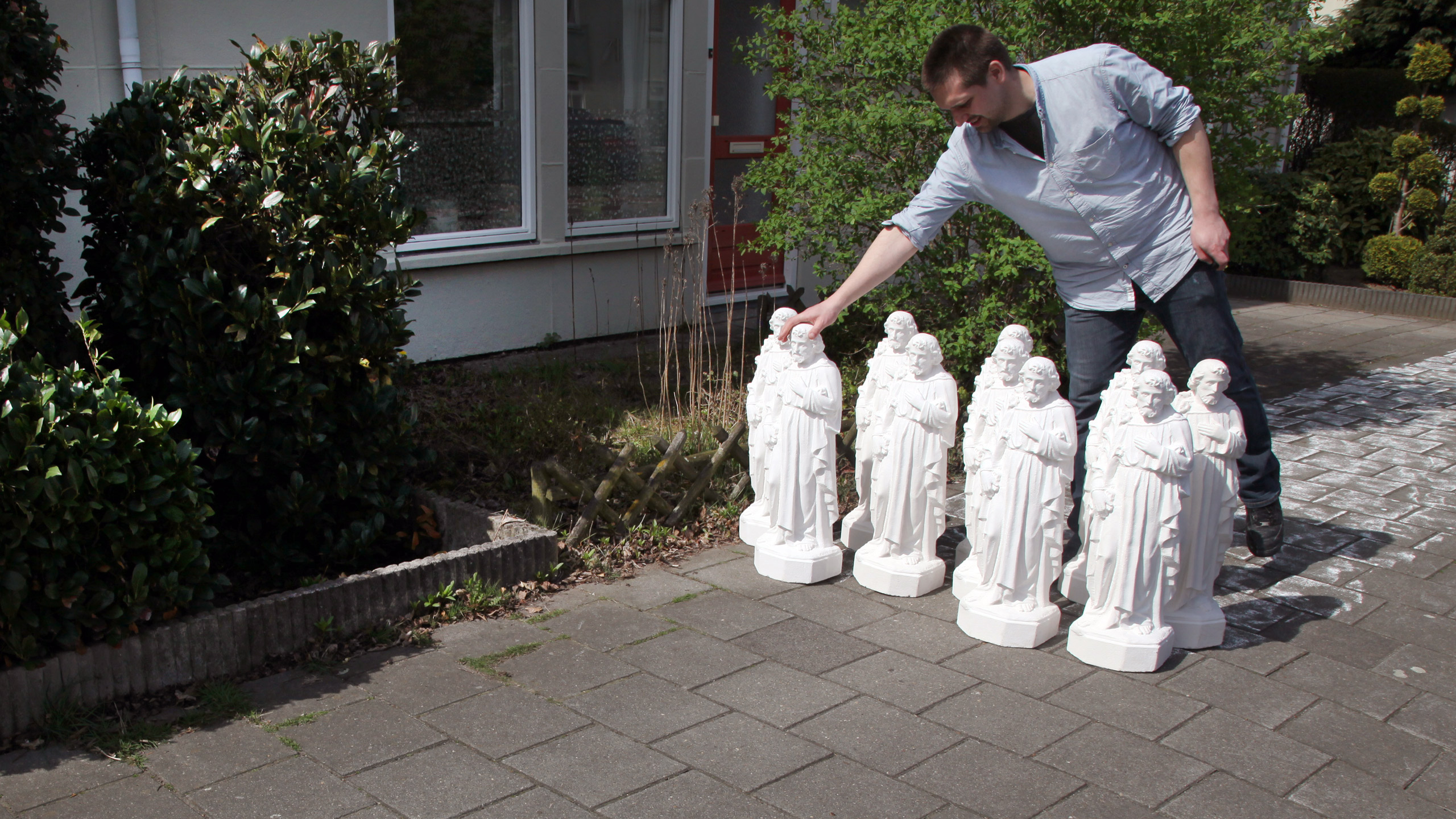 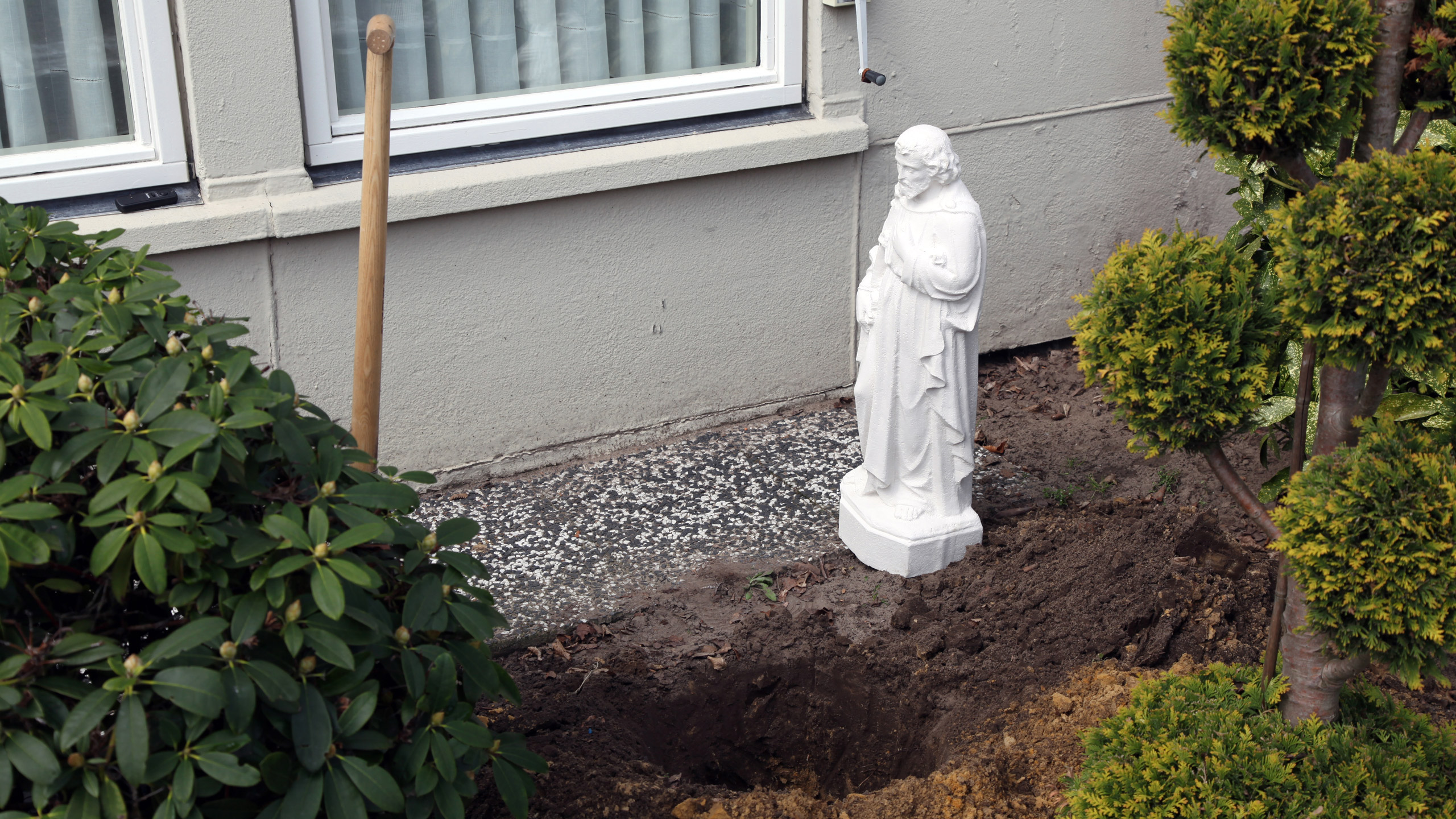 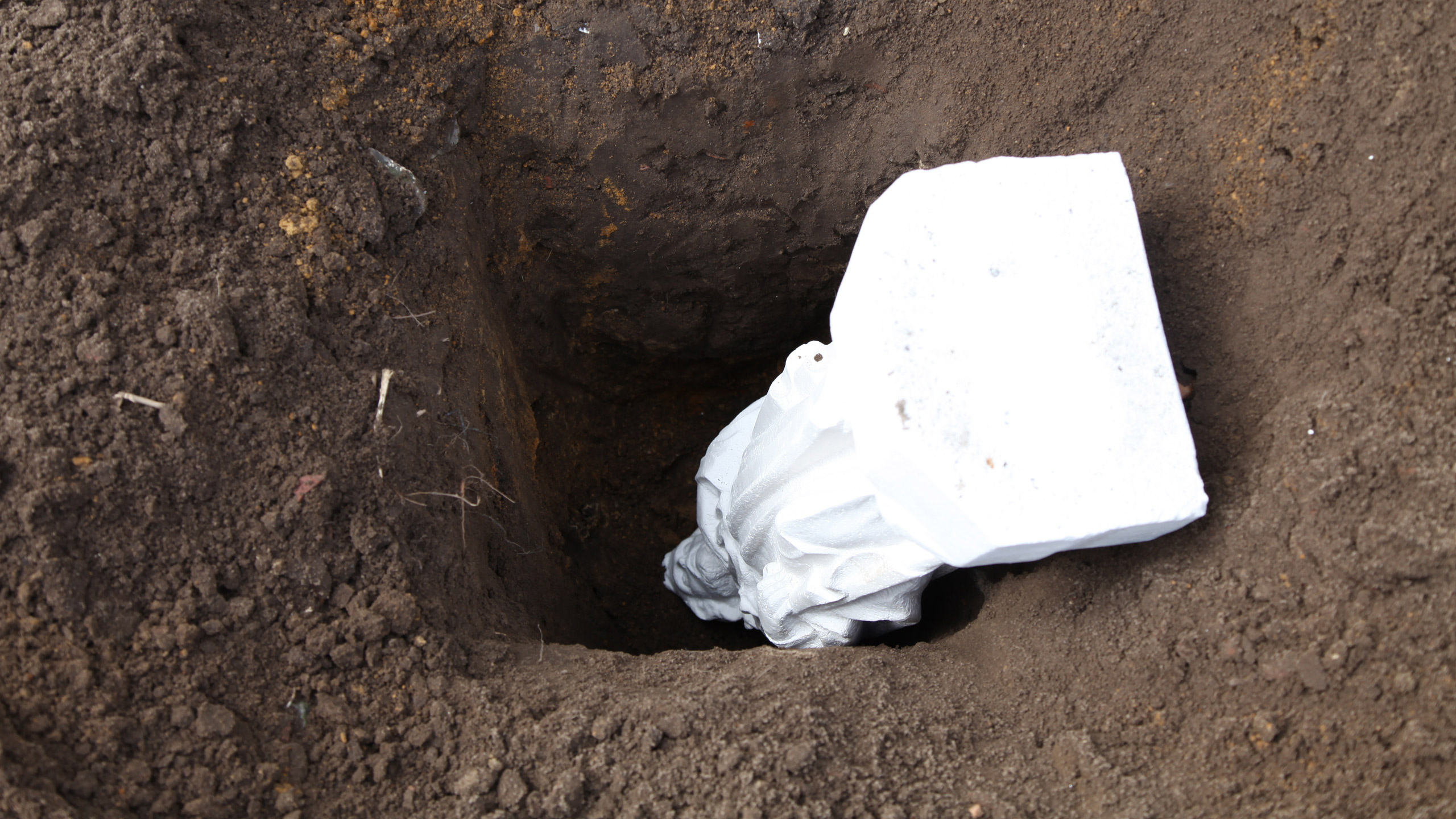 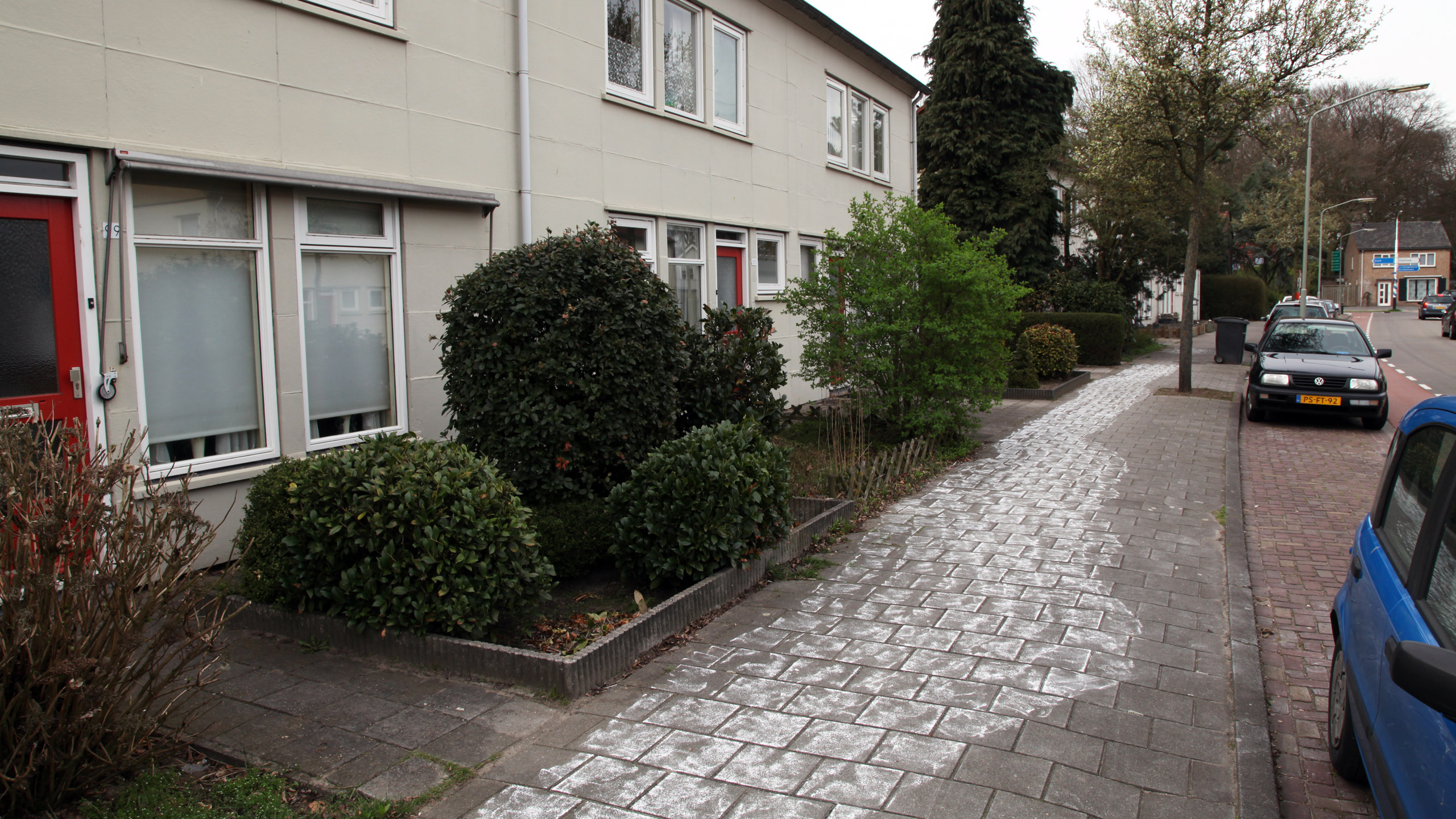 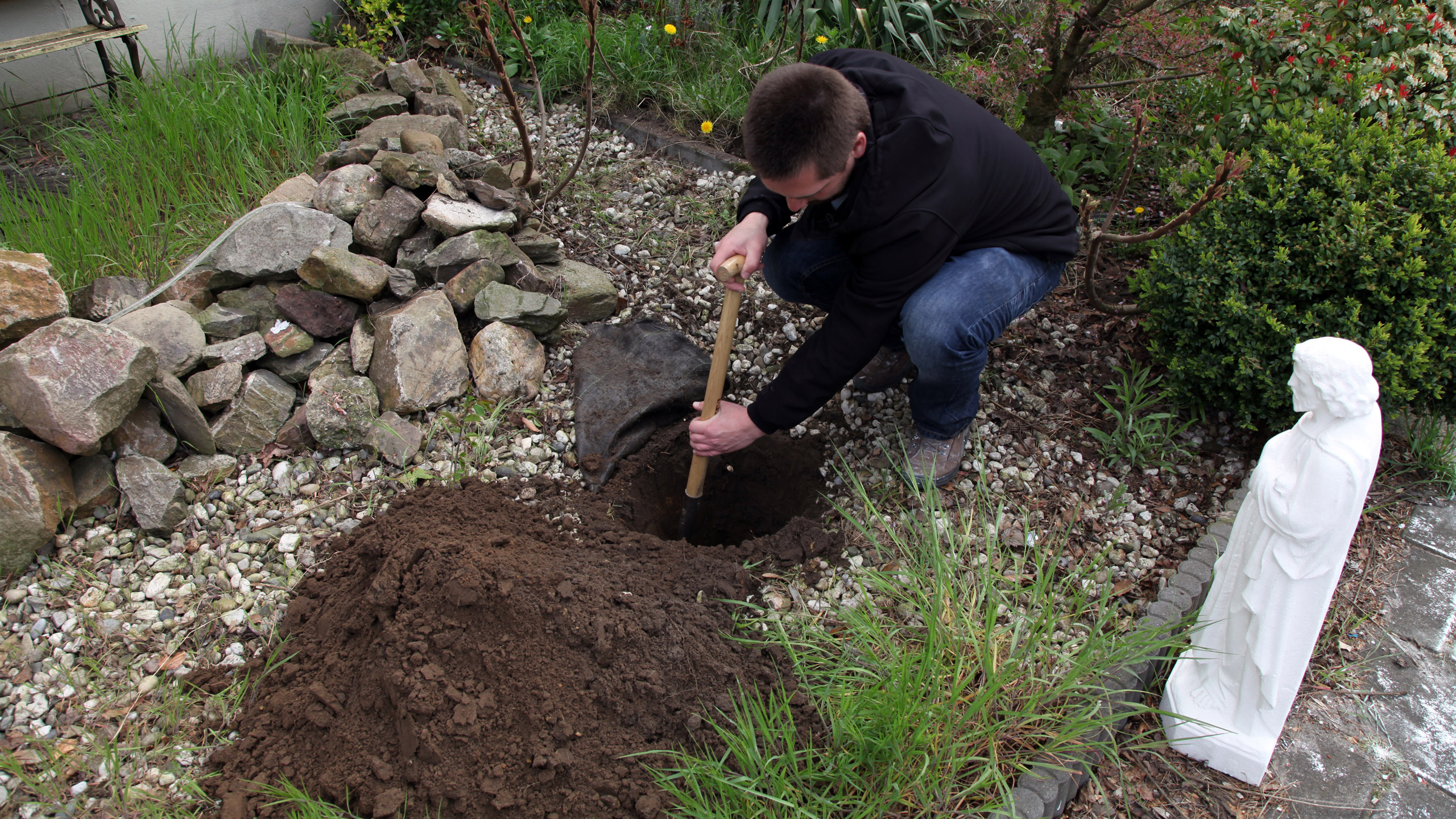 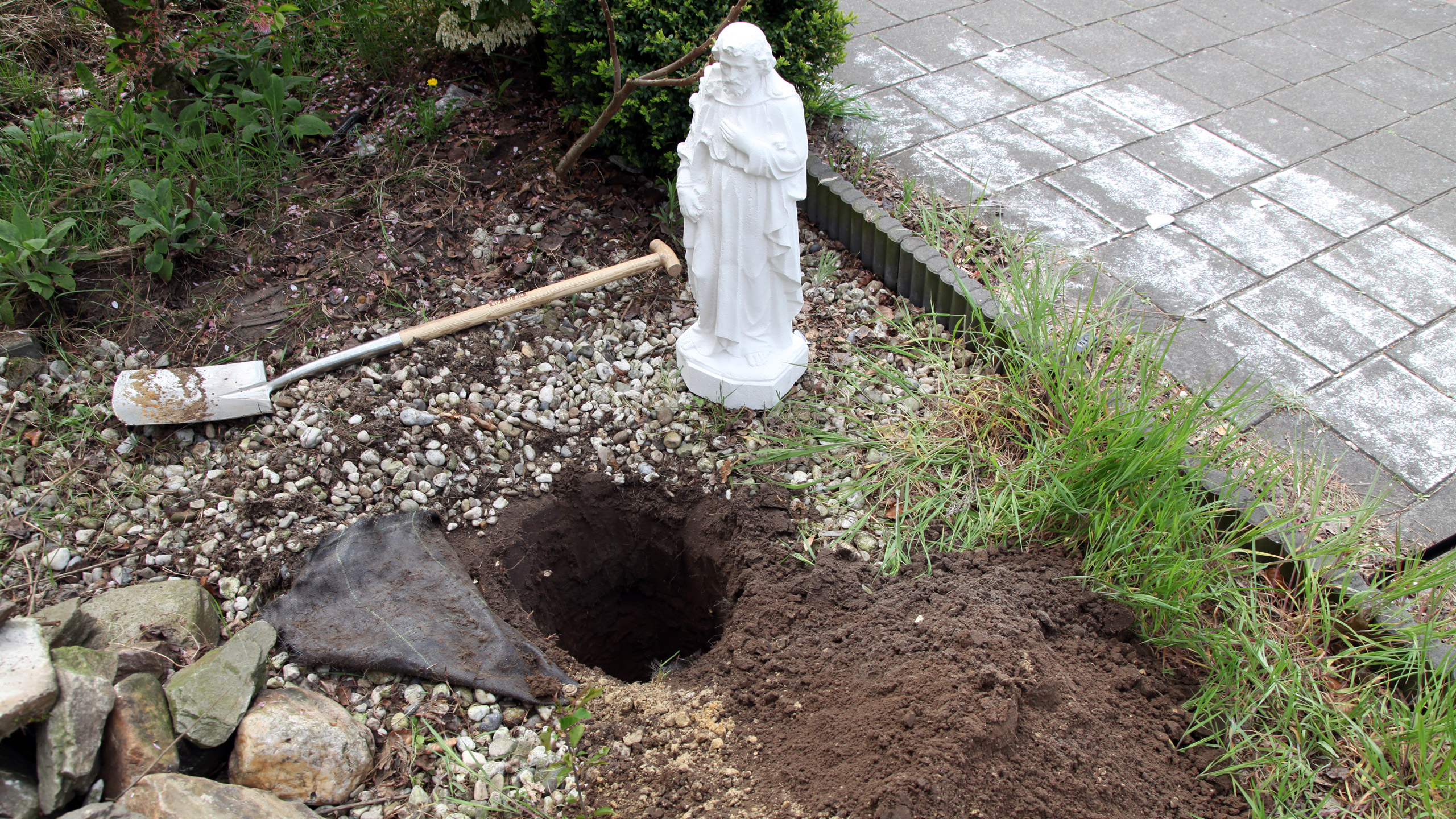 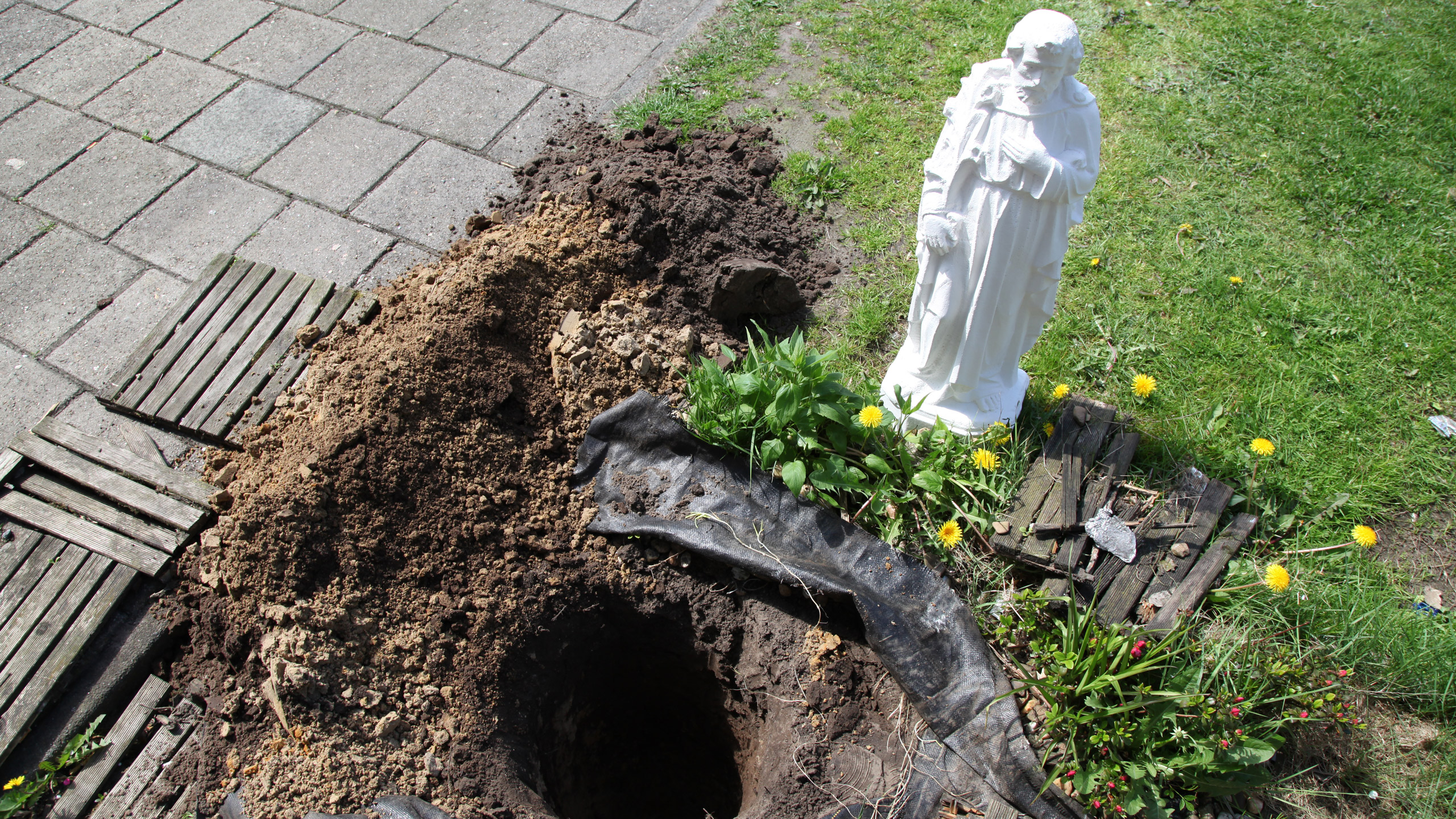 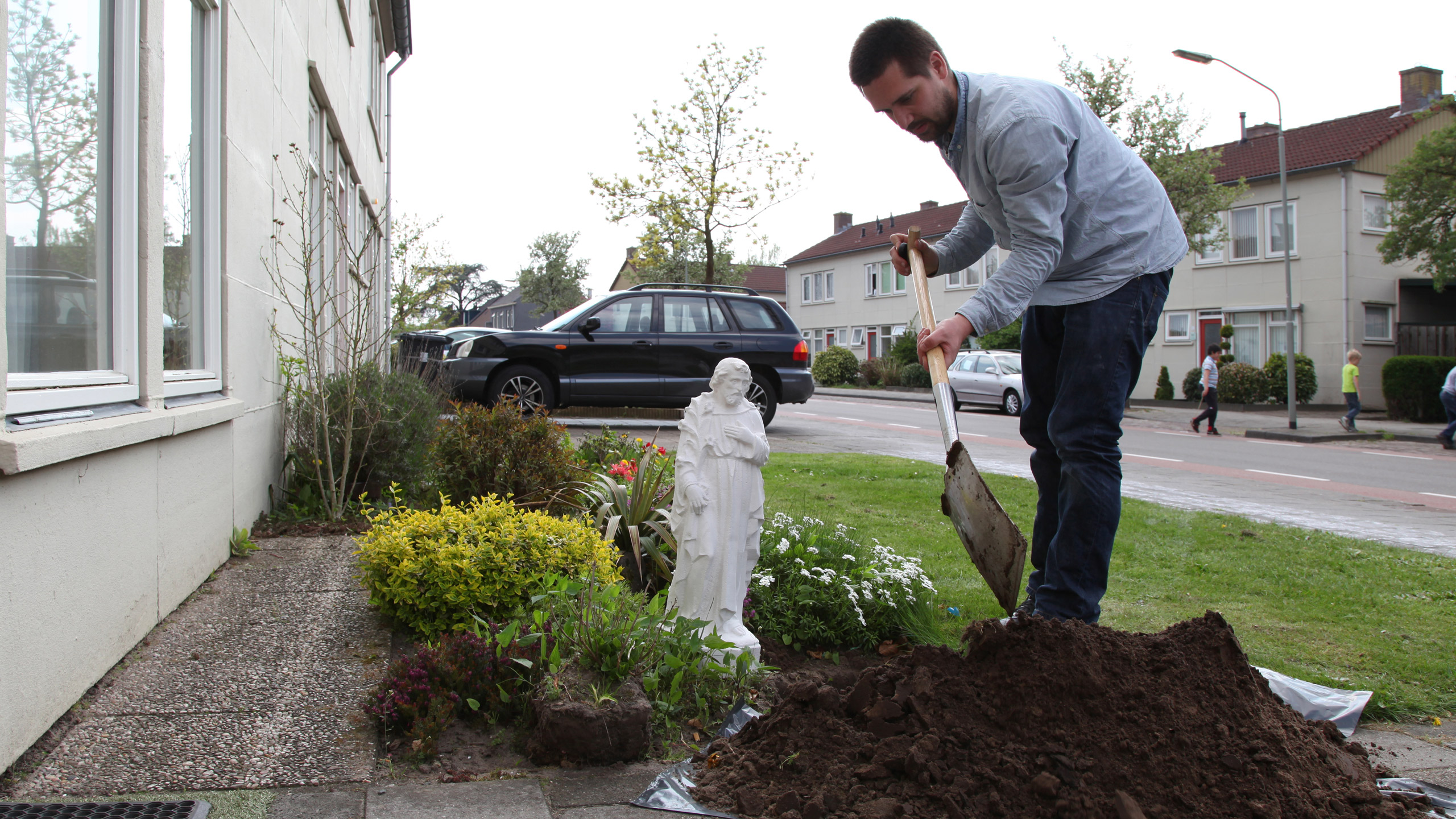 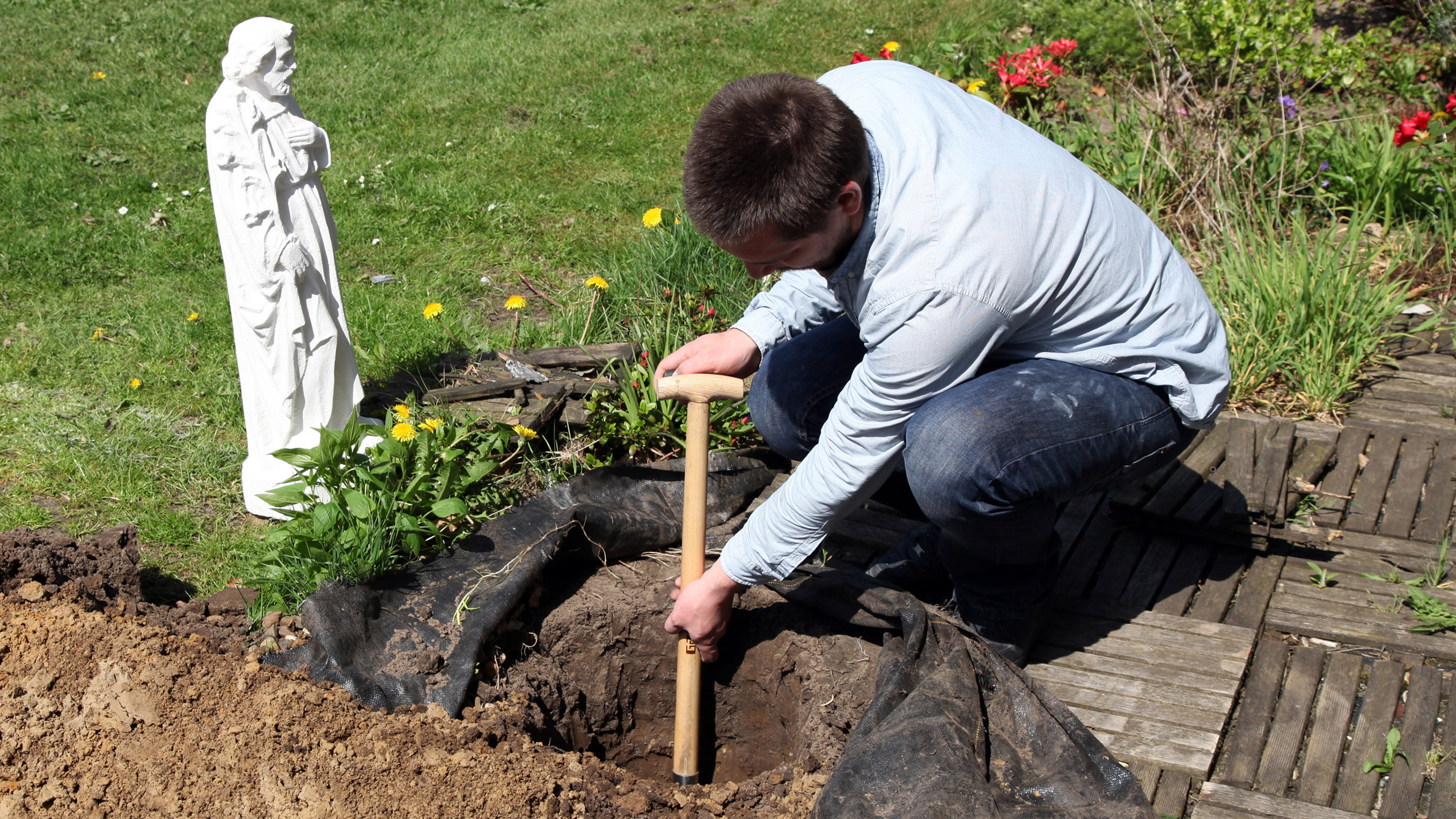 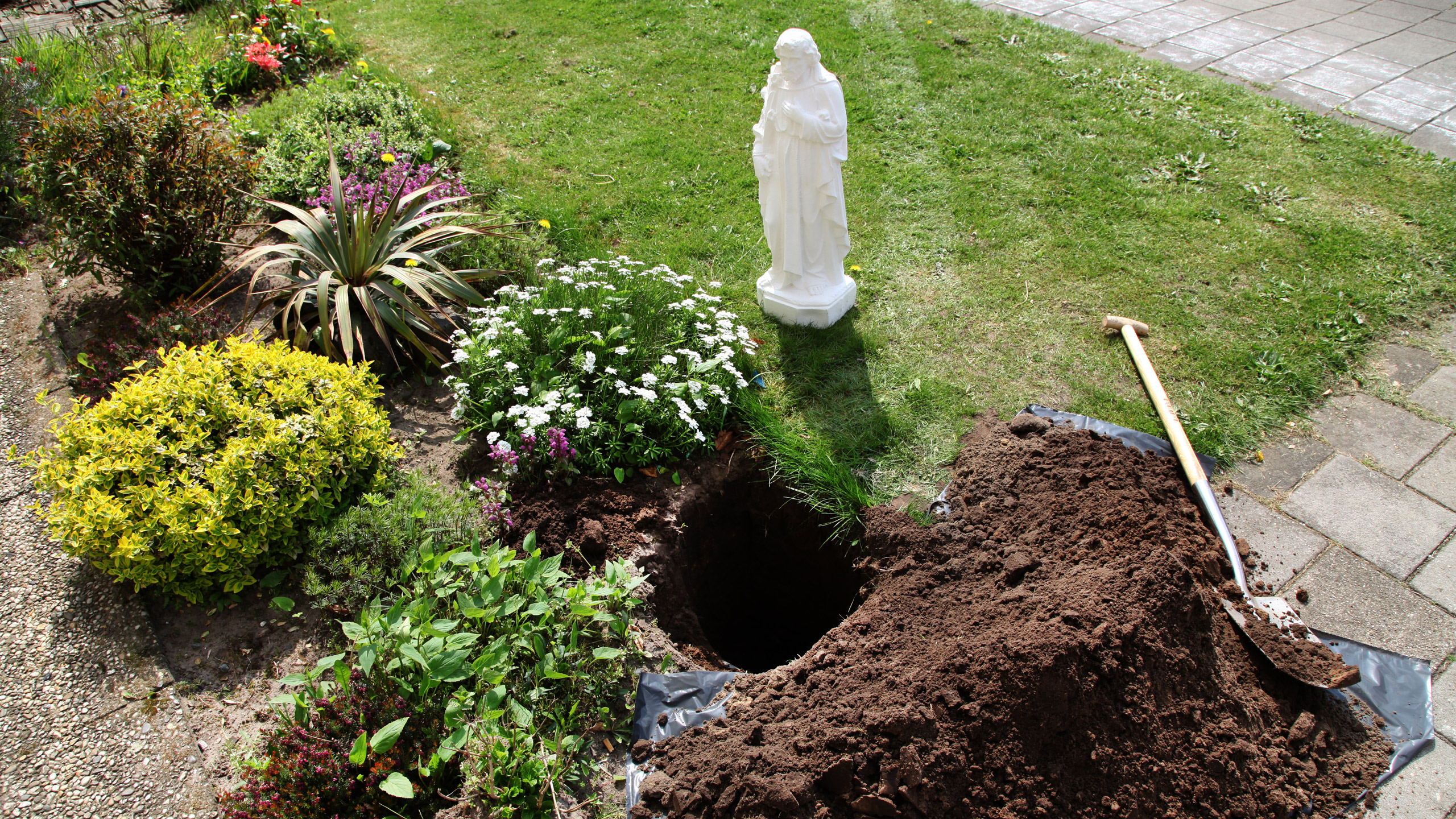 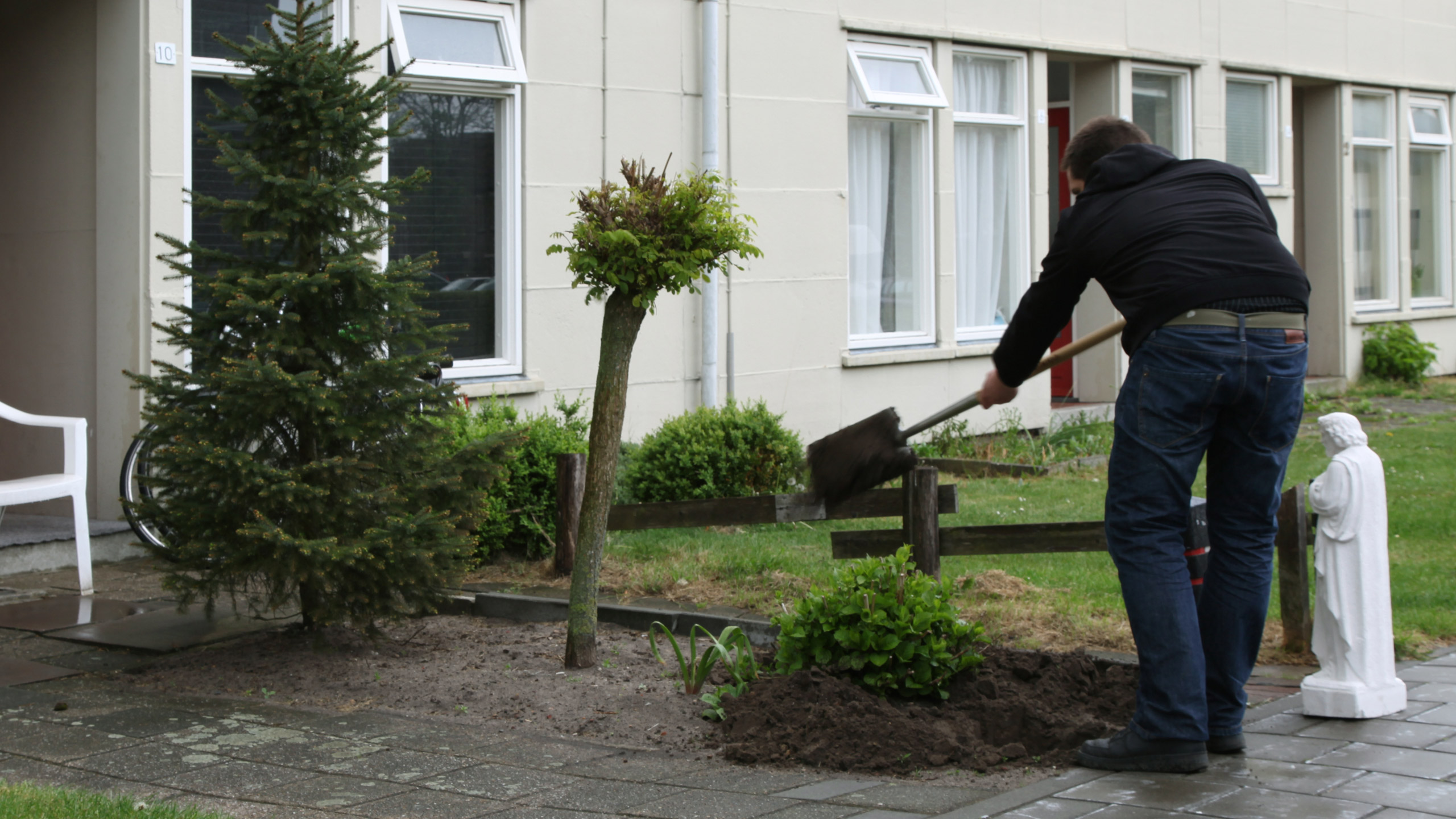 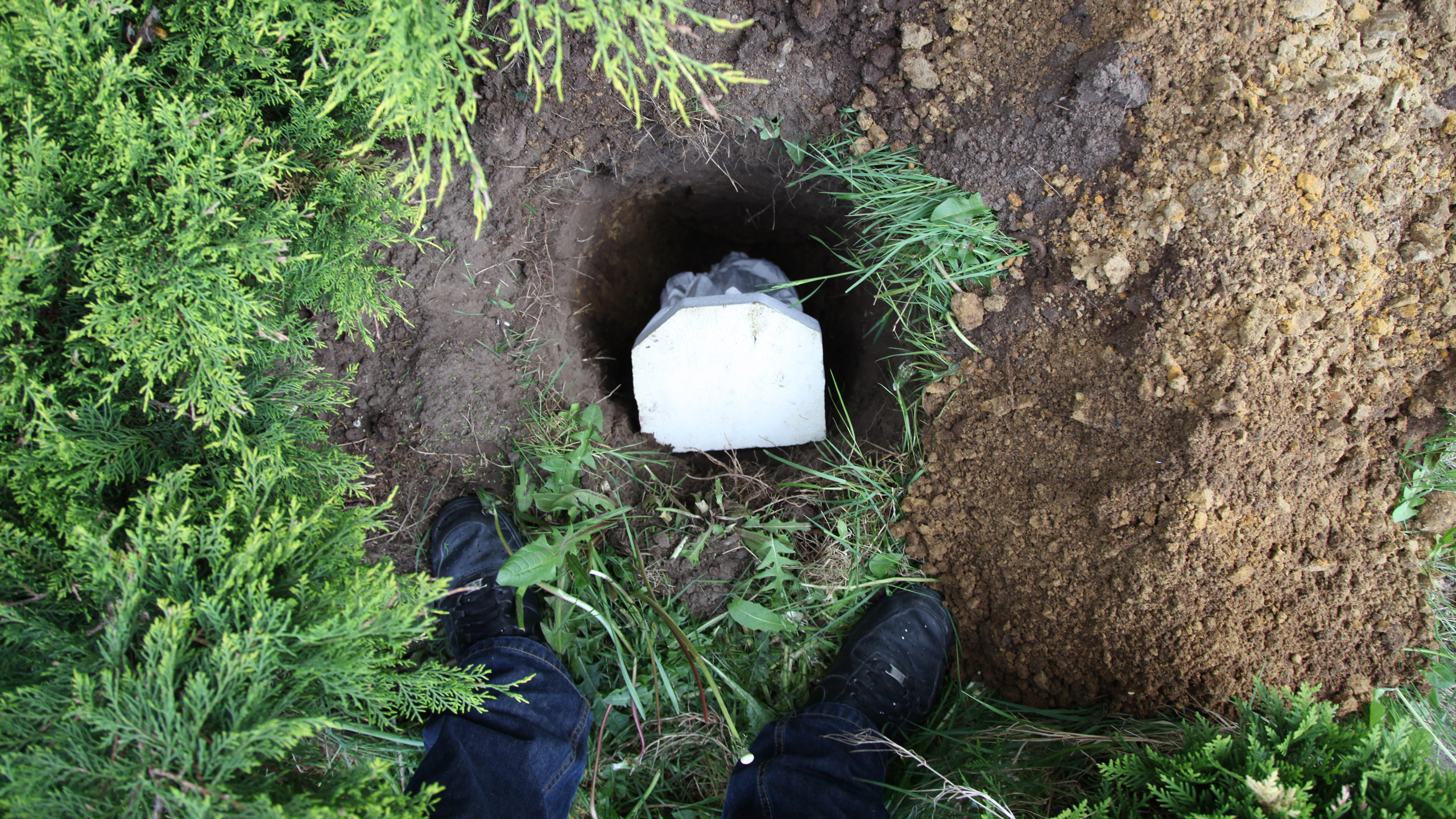 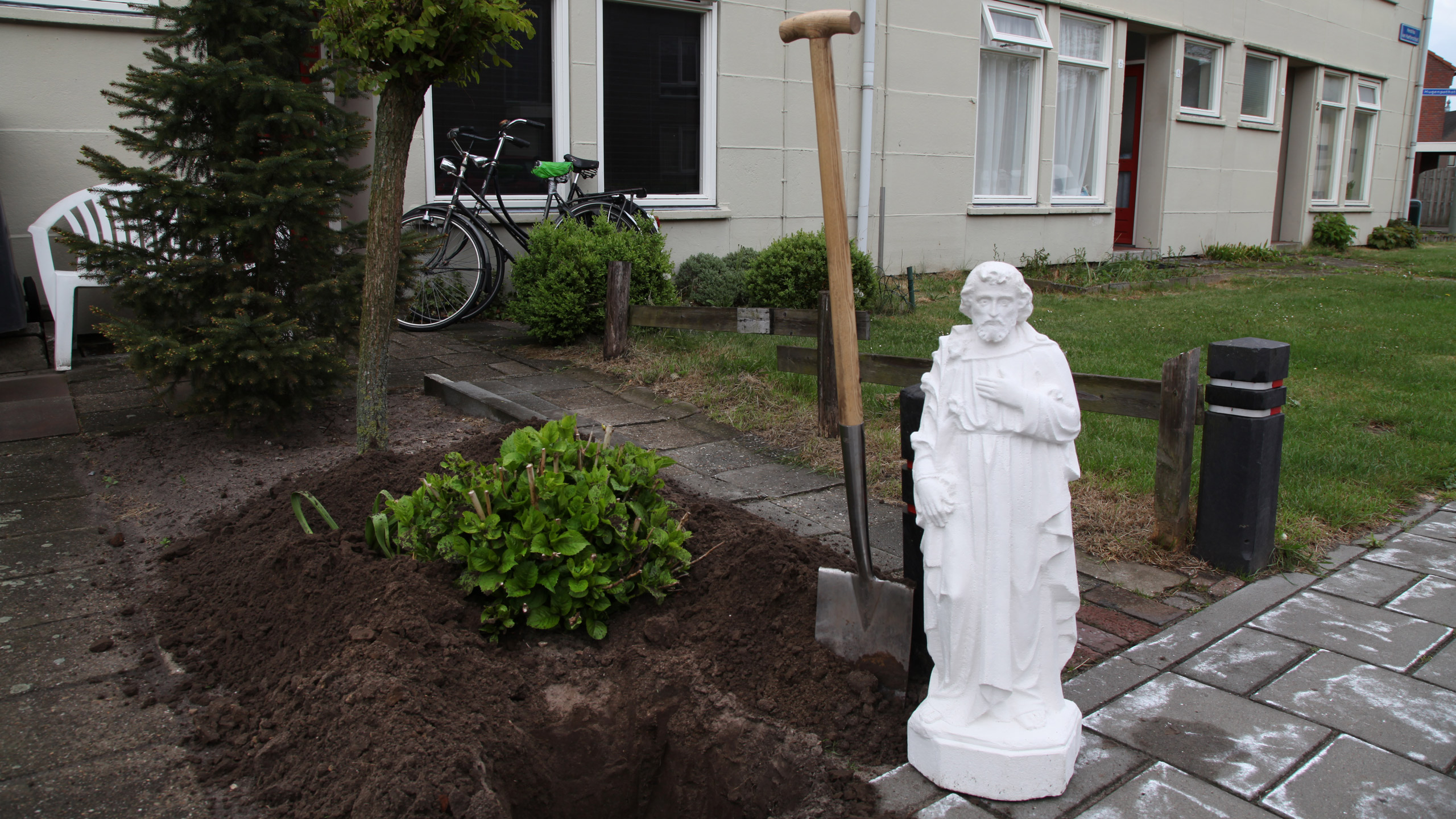 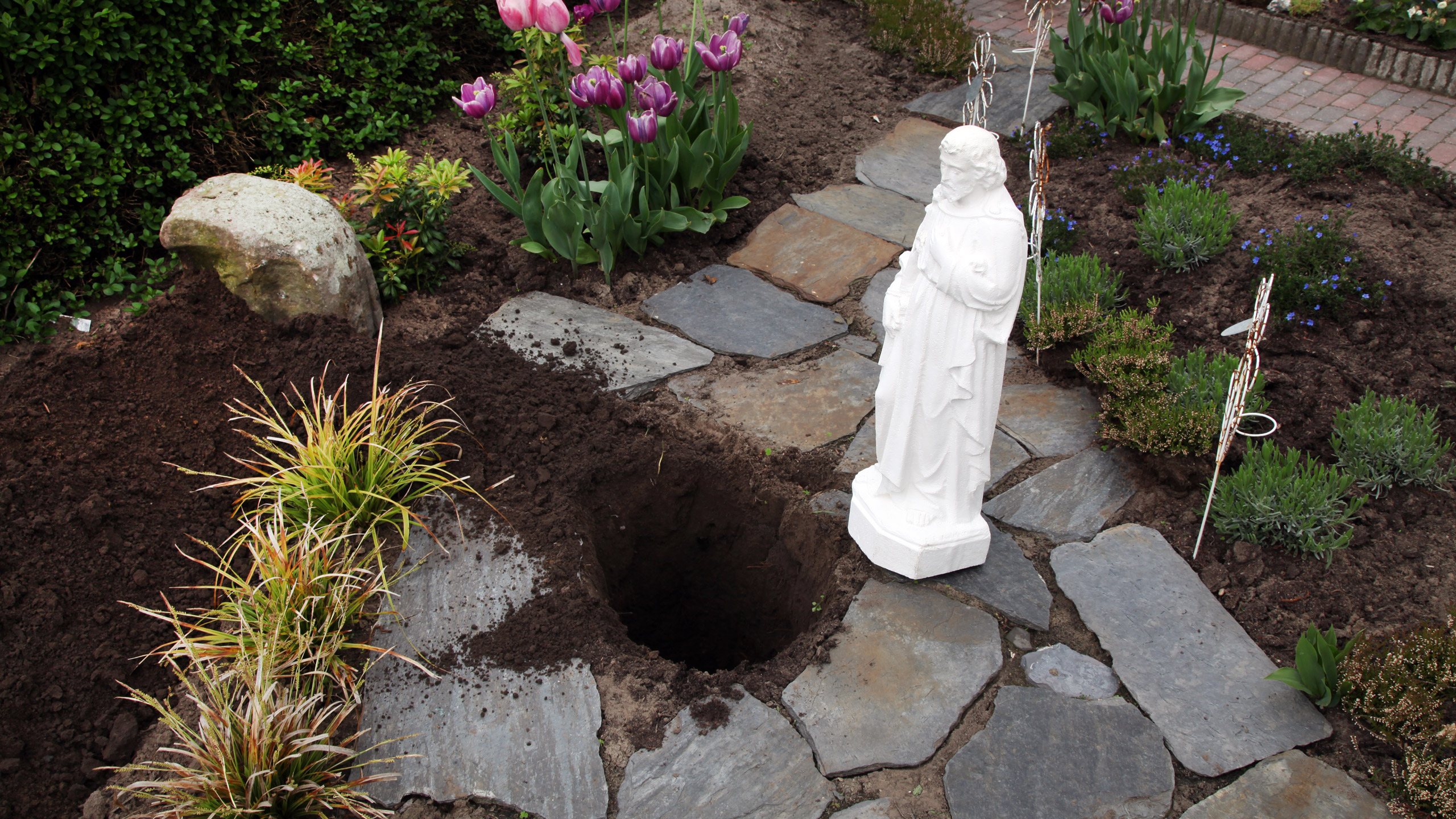 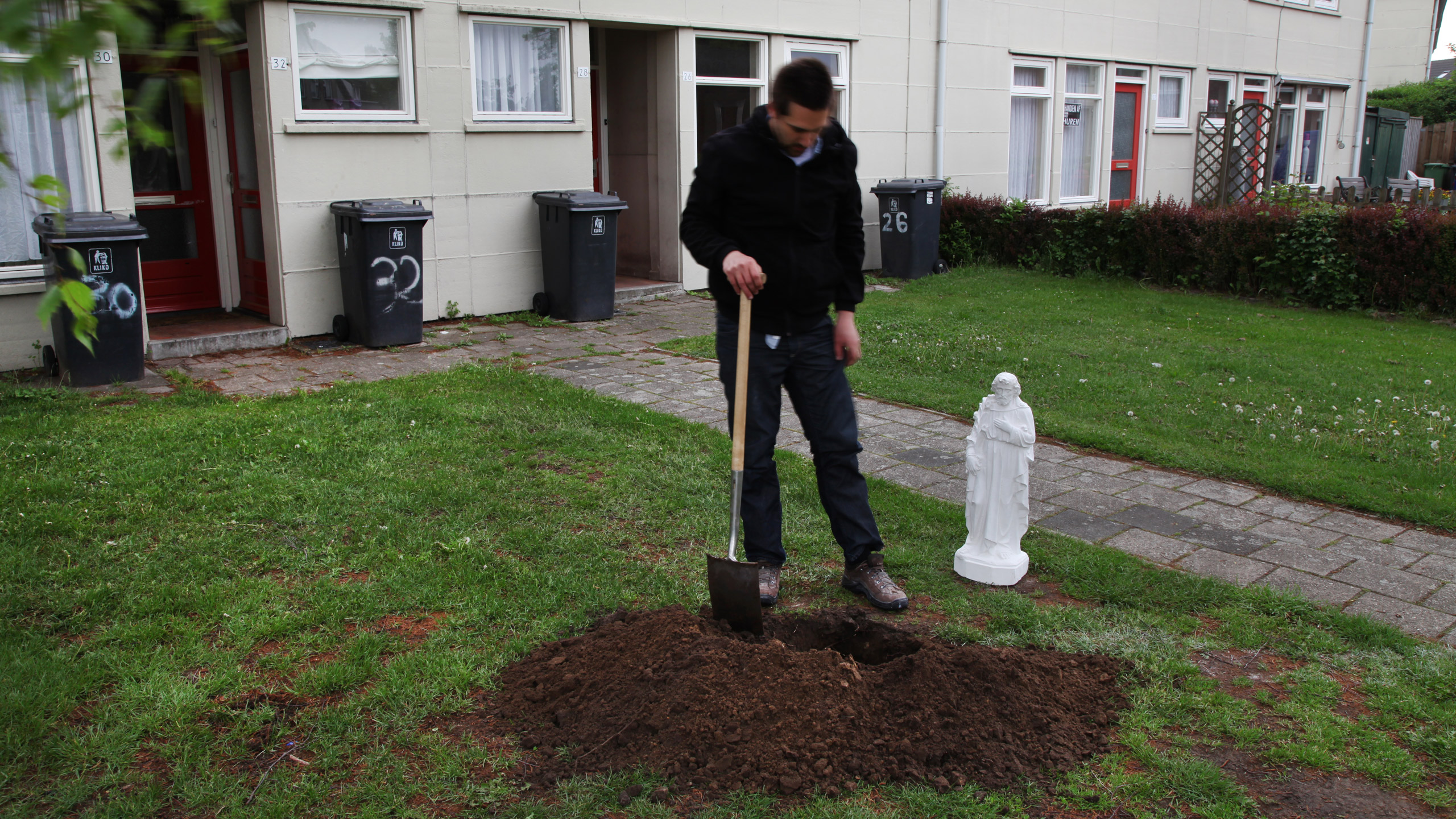 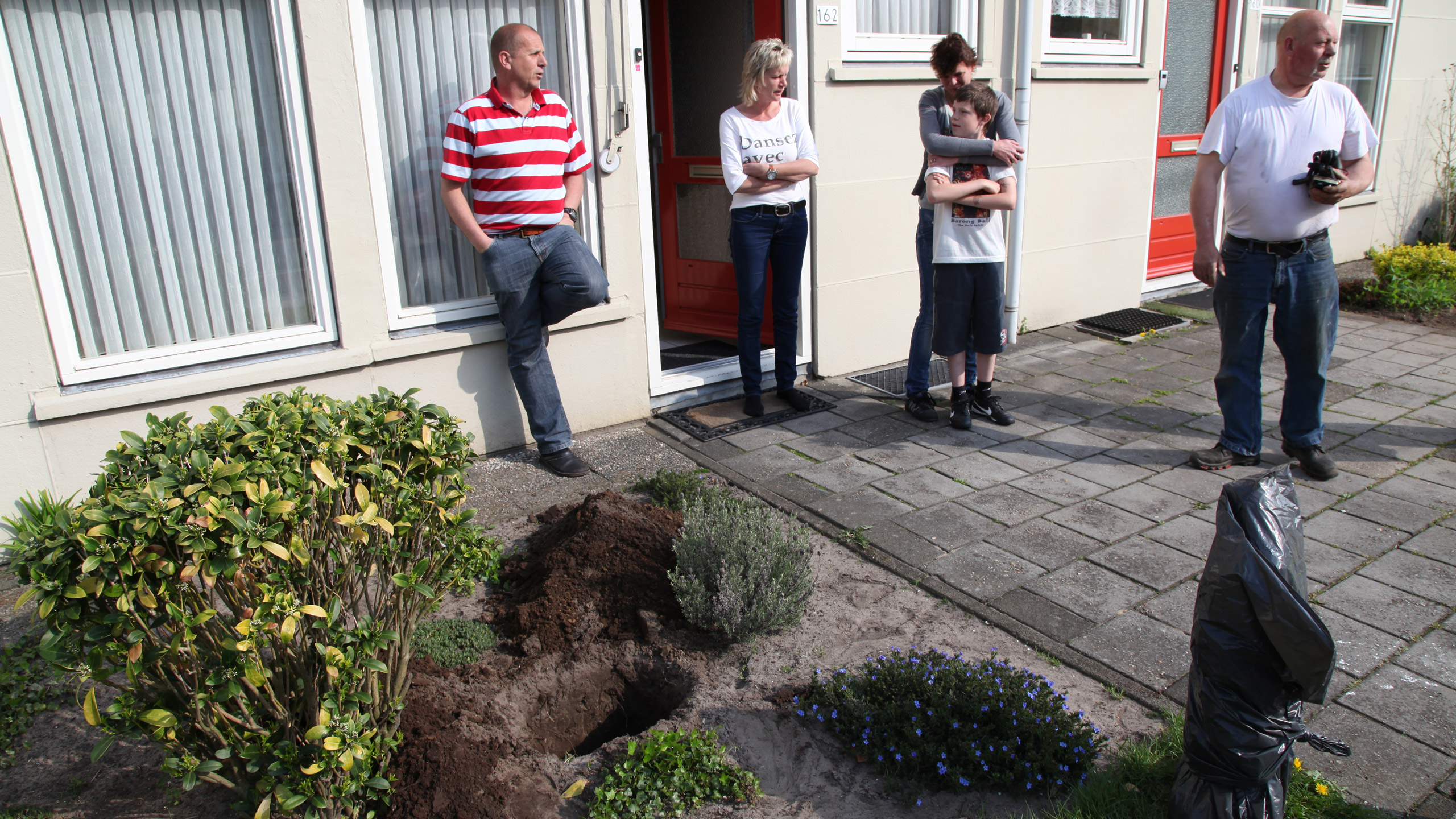 The work – commissioned by a housing association (St Joseph) – took the shape of a ritual that investigated the effects of the financial crisis on people’s notions of debt, poverty, prosperity and wealth. Saint Joseph is – among many other things – the patron saint that helps against housing problems and debt. According to an old Catholic ritual, it would bring luck to bury the holy statue with its head down into the garden. The strategy of the project was to make use of this ritual as a means to interview the inhabitants of Boxtel.

The procession took place in Boxtel, a city in the South of the Netherlands. The project was commissioned by ‘St Joseph’, a housing association in collaboration with a local art organization. Traditionally St Joseph was a Catholic corporation that provided social housing for the lower middle class. Since the global economic crisis the organization had to cut their budgets, which resulted in increased rents and fewer social housing units.

The starting point of this work was a statue of Saint Joseph in the main hallway of the housing corporation. This life-sized depiction of Saint Joseph used to decorate the main entrance of the St Joseph Roman Catholic School in Boxtel. In 1984 the girls’ school got demolished and the statue was donated to the housing association. During the official handover the hope was expressed that the wisdom, as symbolized by the sculpture, would be preserved for the future of the housing association.

Saint Joseph is, among many other things, also the patron saint of the family and is considered a protector against housing problems and debt. According to an old Catholic ritual it would bring luck to bury the holy statue with his head down into the garden. In doing so, the saint would protect the house and its inhabitants against financial hardship and debt.

Due to the stagnation on the housing market this superstitious custom became popular again, especially in the southern provinces of the Netherlands. The project made use of this ritual as a means to interact with the inhabitants of the van Hornstraat, a street in Boxtel with predominant lower- income households.

A procession was planned with 13 reproductions of the original sculpture. In collaboration with the residents the sculptures were buried in the front yards. During this intervention we reflected together on the consequences of the financial crisis. The procession is documented as a stop motion animation in which the transcribed interviews function as an additional storyline.