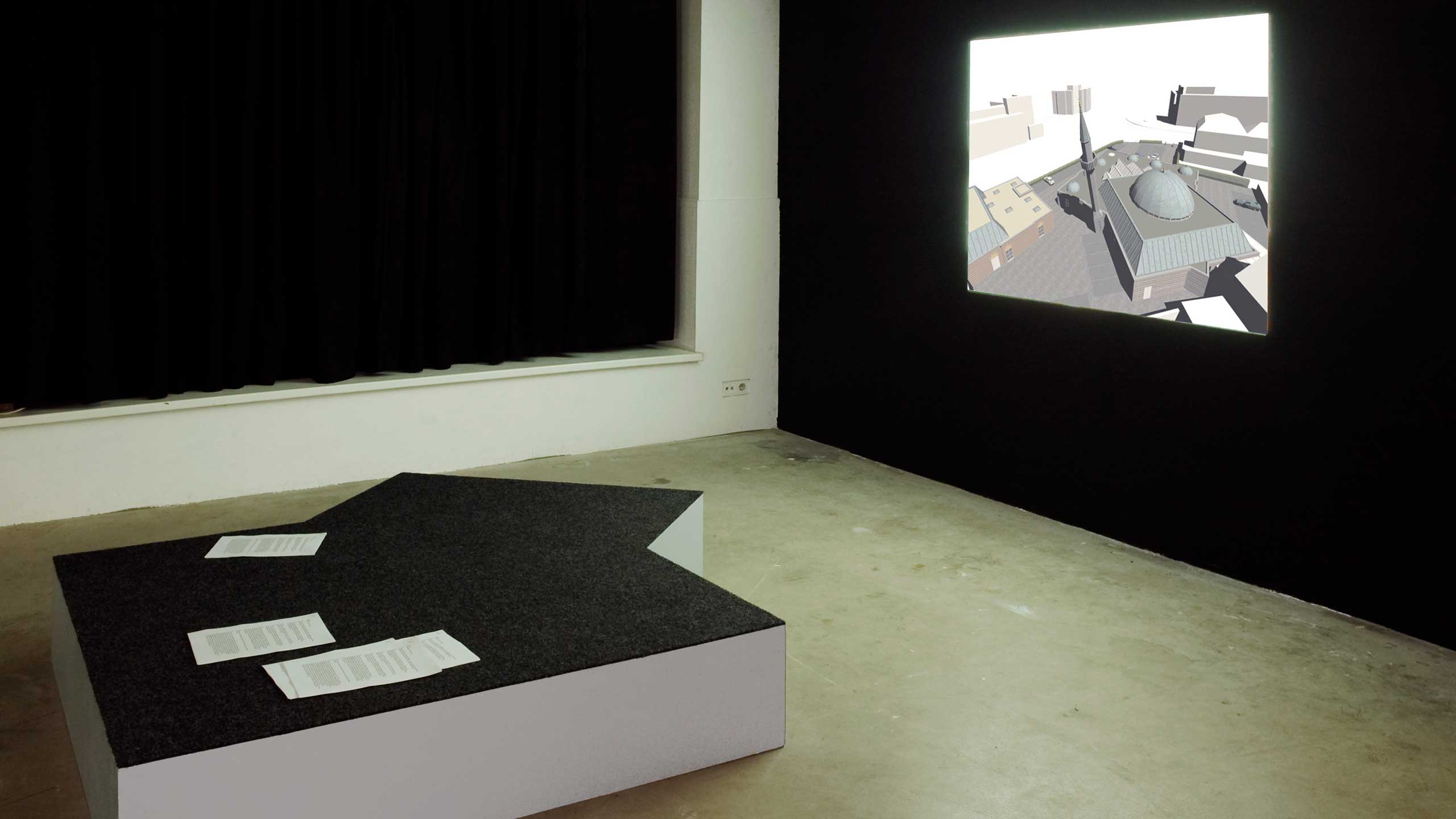 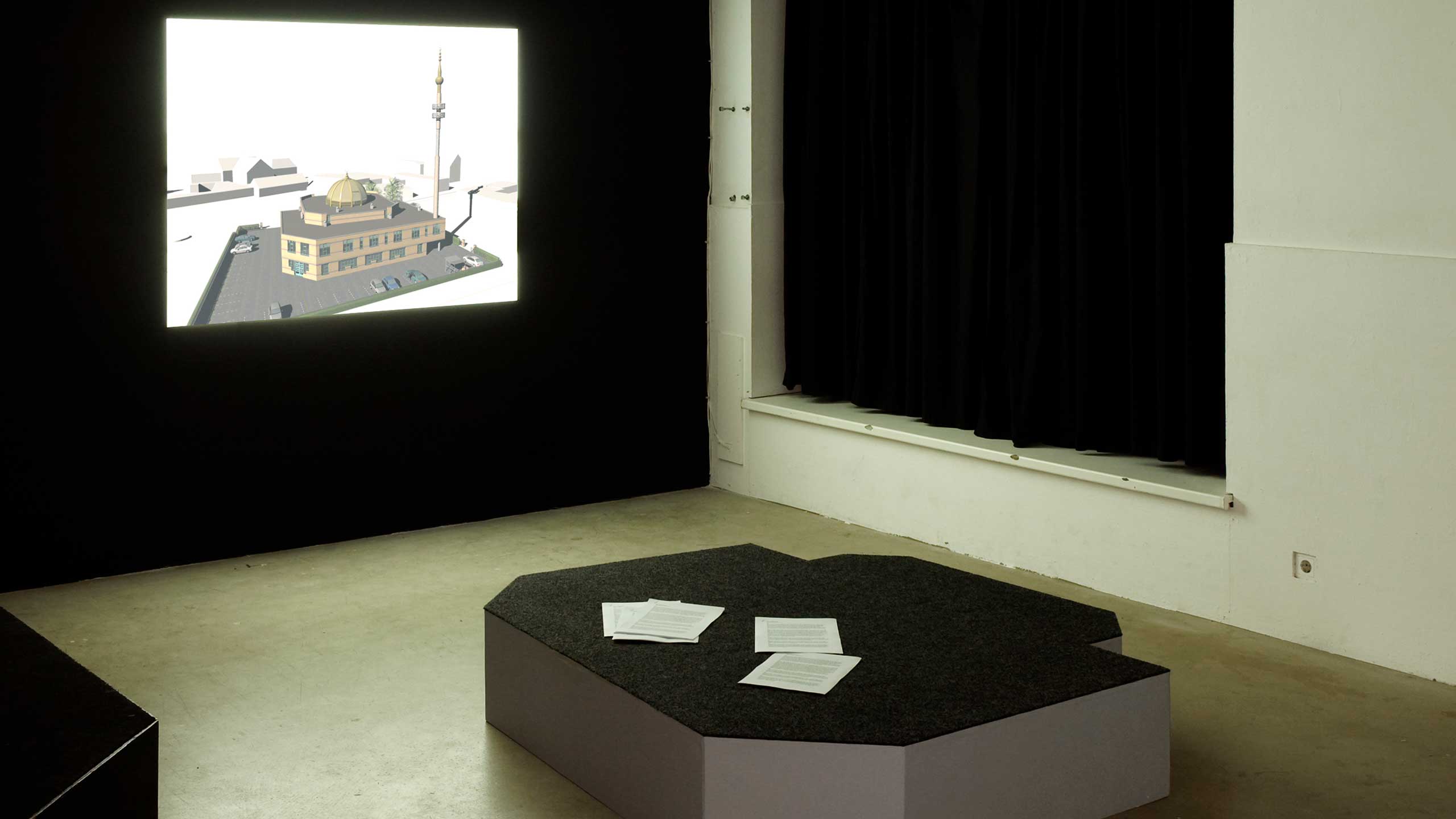 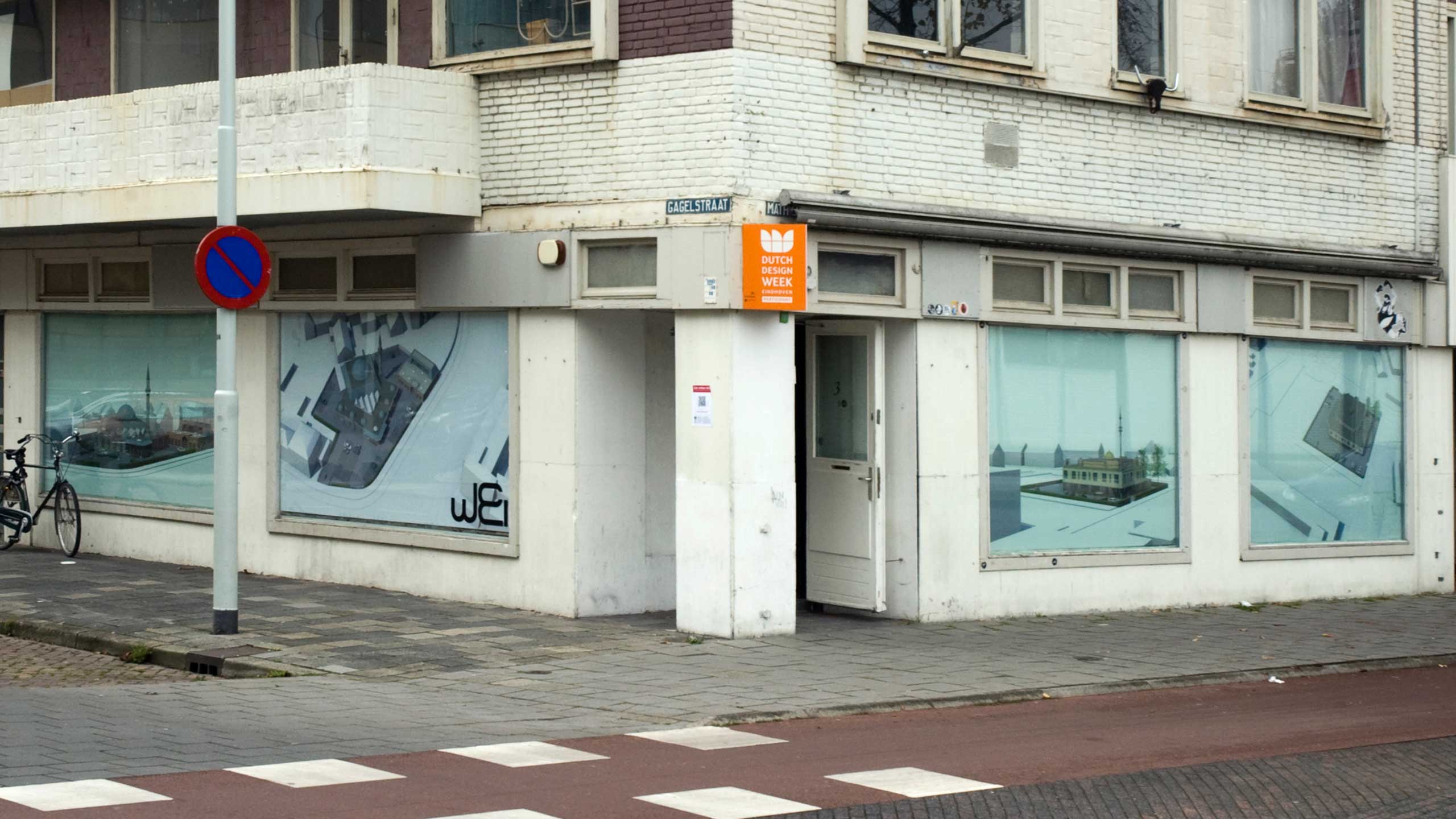 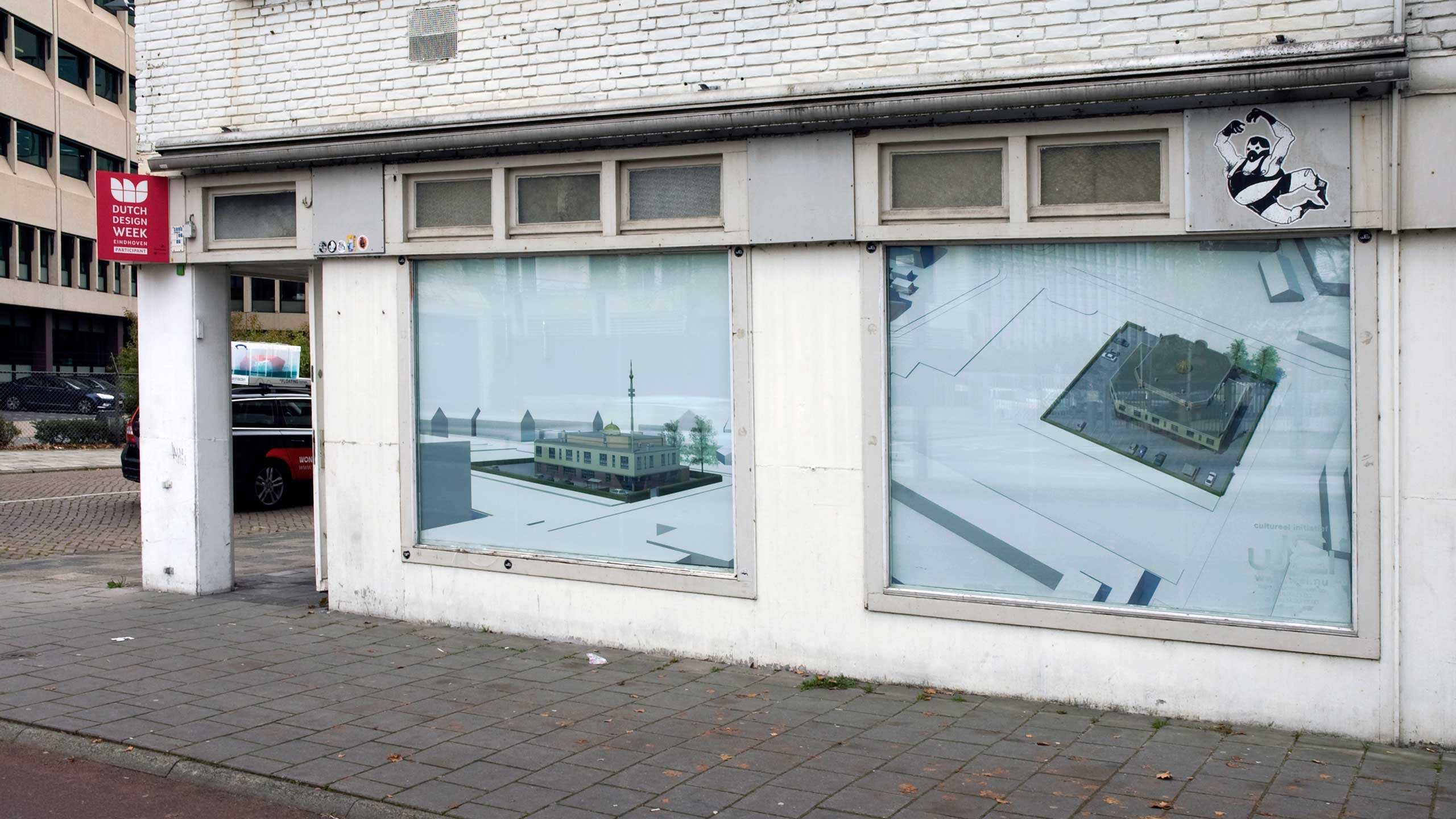 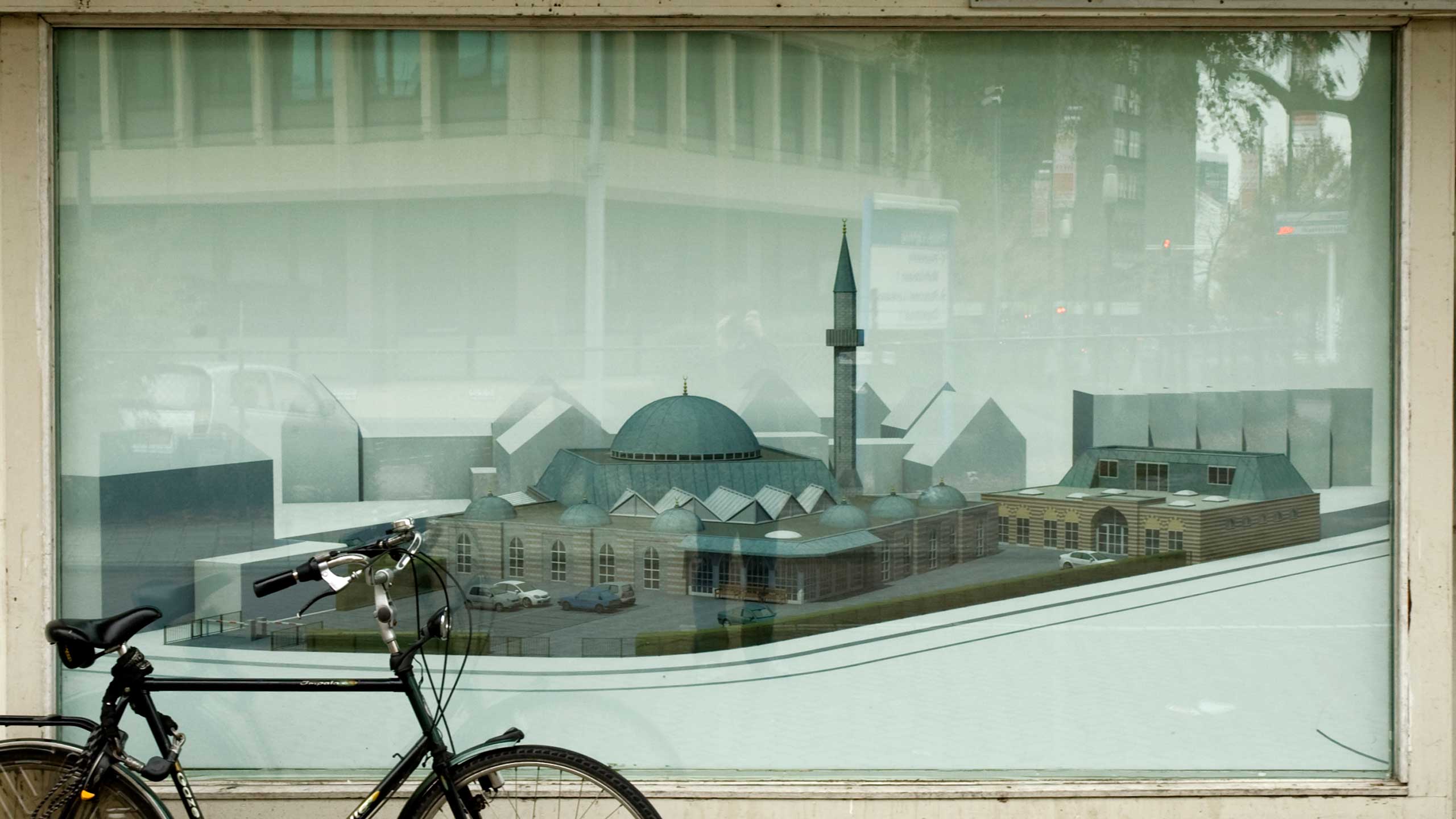 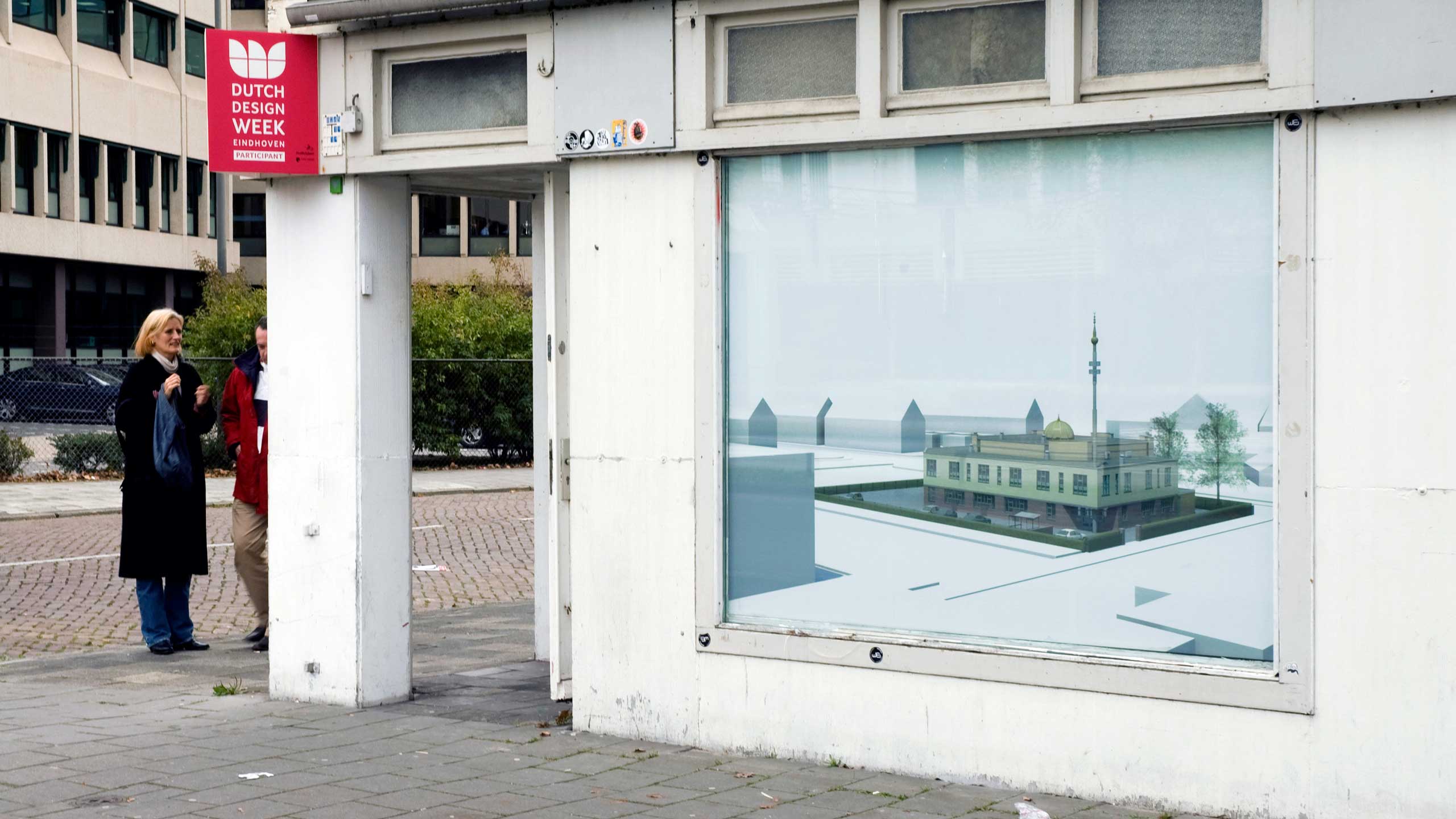 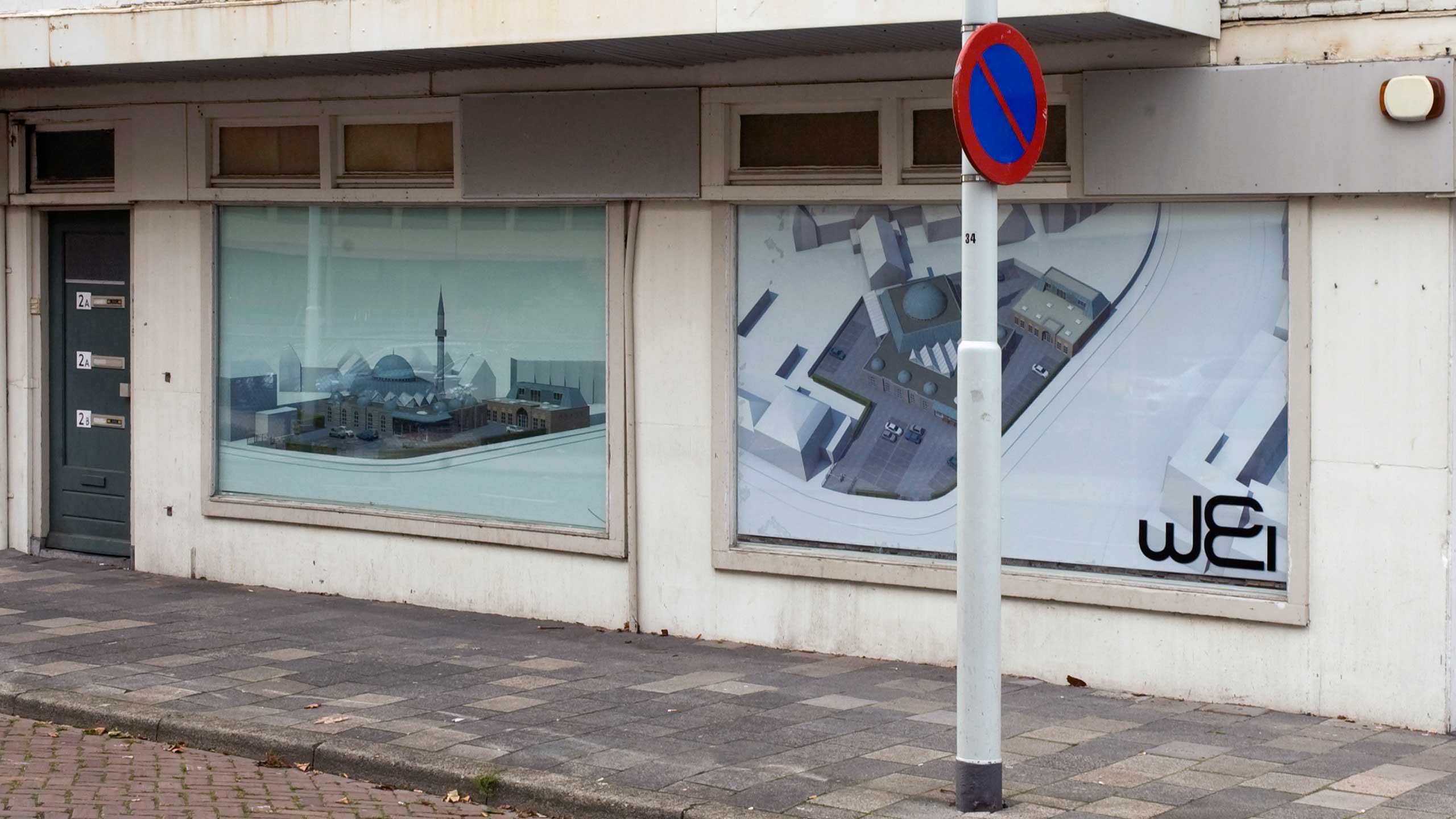 This research project examined the design of two mosques in Eindhoven; the Turkish ‘Fatih’ Mosque and the Moroccan ‘Al Fourqaan’ mosque. The result was shown during the Dutch Design Week 2010. The work is constructed out of 40 interviews with members of the mosque community, neighbors and passersby, who were asked about their opinions regarding the design of the buildings. They were given the opportunity to propose possible modifications. Their suggestions and motivations were recorded and used for two animations showing both 20 transformations in a sequence of 10 minutes. The work was an experiment to analyze the position of the Islam in the Netherlands and a way to discuss its current social political position. The animations revealed a broad range of different views and confronted the participants with the consequences of their opinions.

On initiative of the association of Dutch Moroccan (SMN) and the Board of Moroccan Mosques in the Netherlands (RMMN) a heightened state of alertness around Dutch mosques was put into effect at the beginning of October 2010. This happened after series of arsons, shootings, protest graffiti and other threats. The Islamic organizations stated that the numbers of incidents around the mosques had increased dramatically over the past two years. According to them it was a direct result of the growing anti-Muslim sentiments throughout Europe.

The radicalization and popularization of politics created an irrevocable polarization between the Islamic community and the rest of the Dutch population, although a significant proportion of the population feels uncomfortable and prefers a more neutral position. This work tried to map the range of different opinions by asking members of the mosque communities, neighbors and passers-by about their opinions on the visual quality of the mosques. This experiment was a method to measure the degree of acceptance of the mosque in the Dutch landscape and to discuss its current social political position.

Participants were asked about their views on the buildings and they were given the opportunity to propose possible modifications. Their suggestions and motivations were transcripted and interpreted. This resulted in two animations showing both 20 transformations in a sequence of 10 minutes. All the suggestions of each participant were visualized within one scene. Every scene starts with the original shape of the building after it slowly transforms towards the new situation. In total there are two animations that represent the two examined mosques.

By stimulating the process of opinion making on the visual appearance of the existing buildings, this project tried to symbolically question the accessibility of the mosque and the general willingness to think about the position of the Islam in the Netherlands. The animations revealed a broad range of views and confronted the participants with the consequences of their opinions.