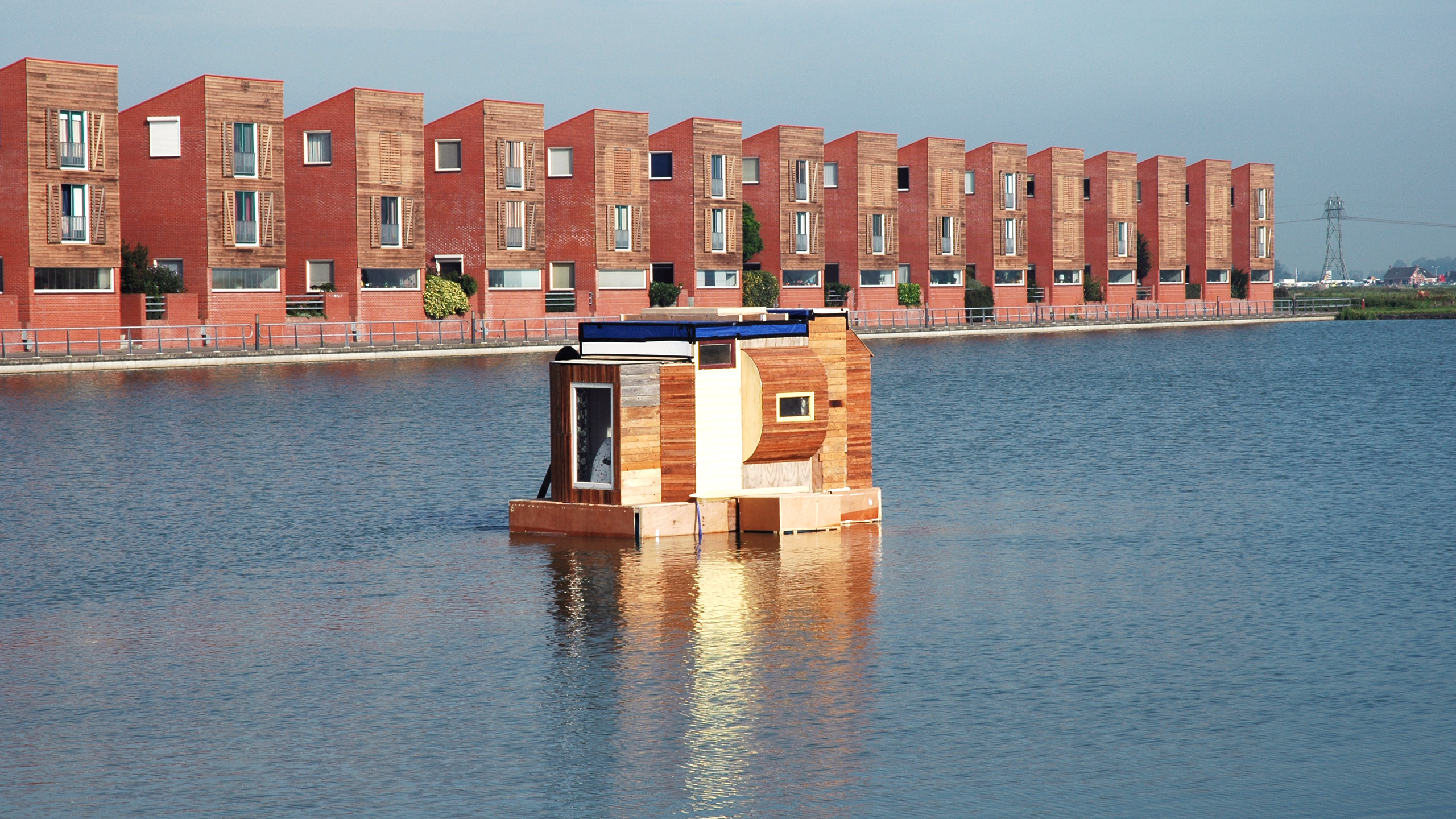 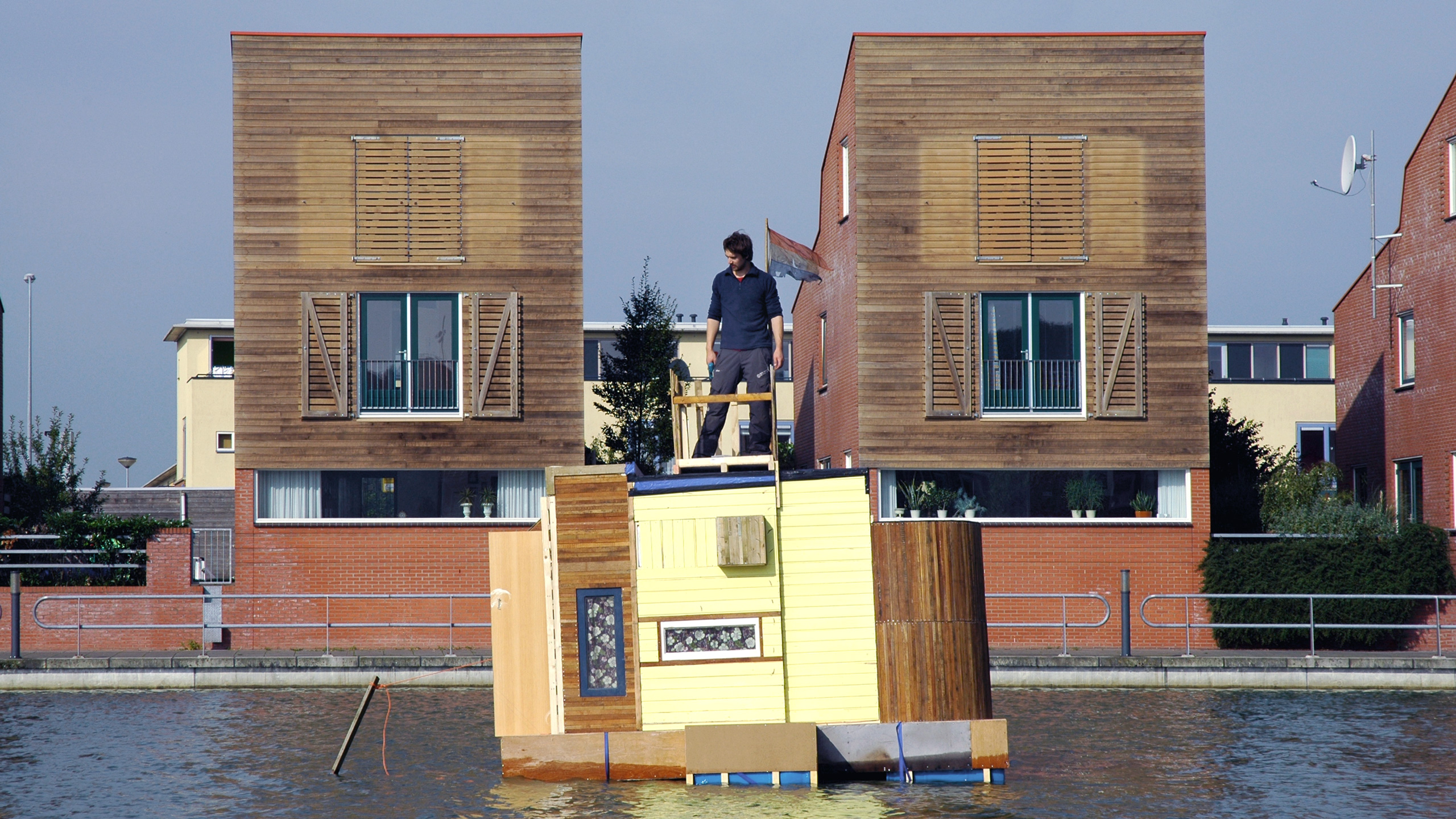 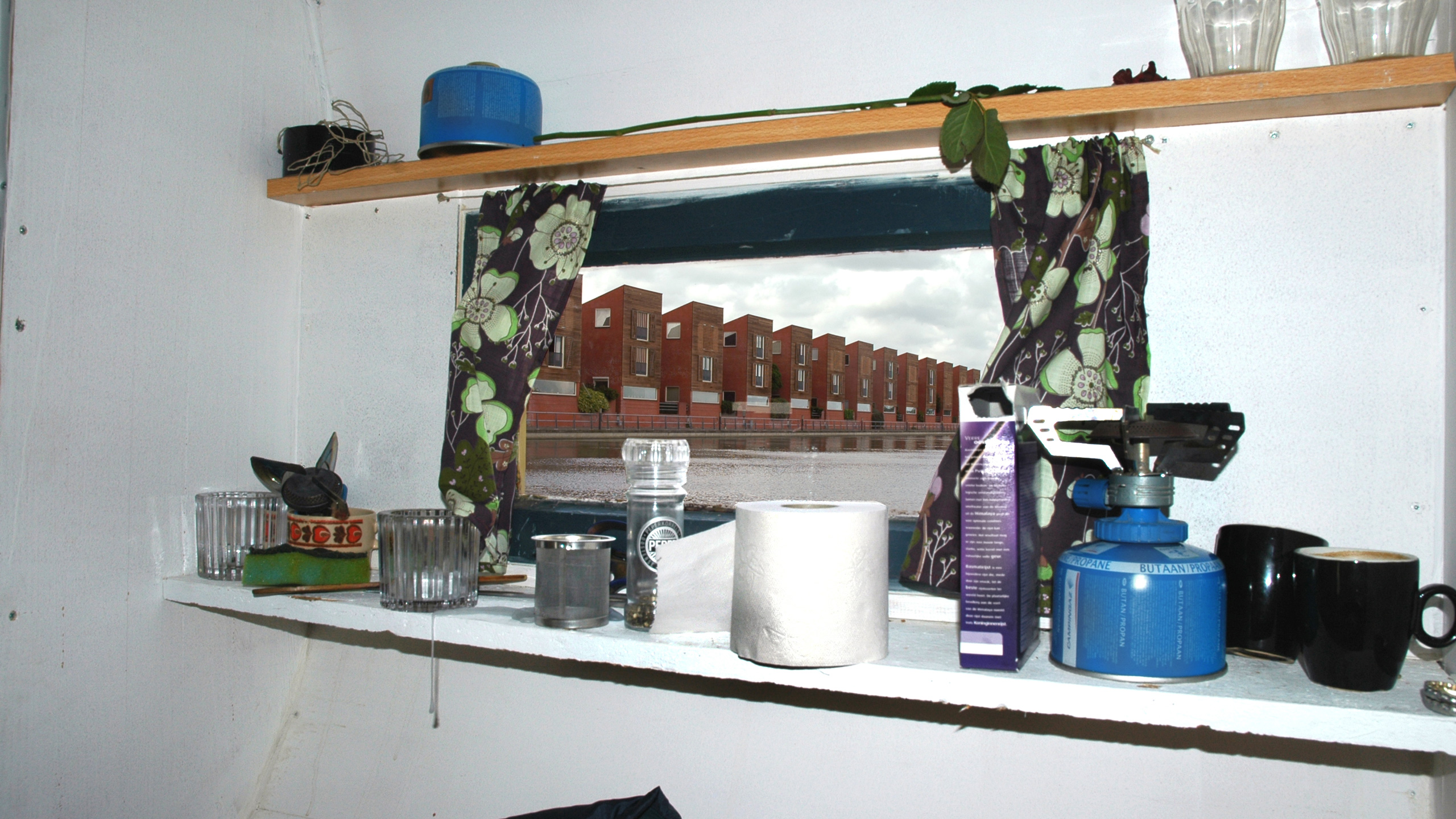 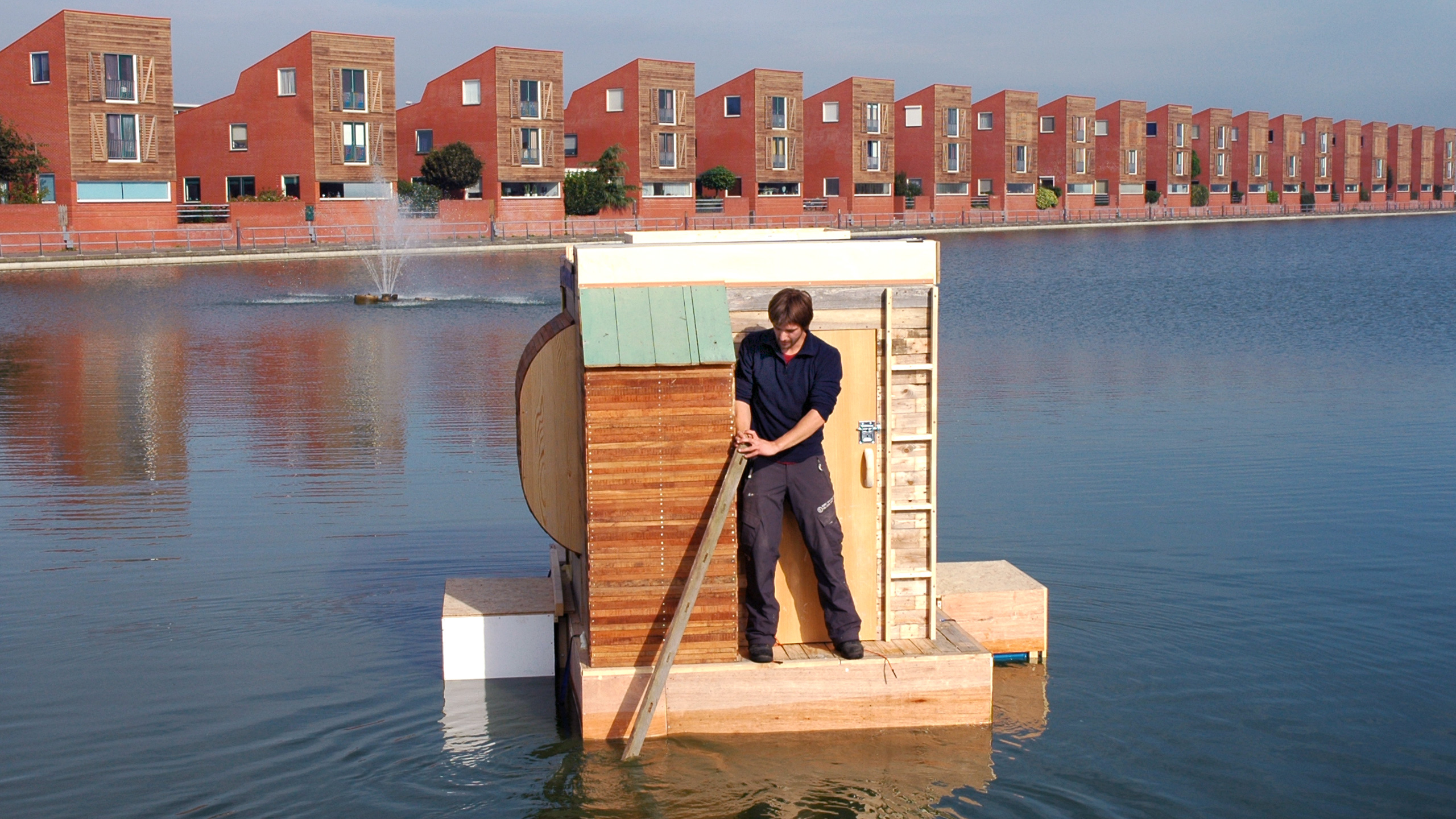 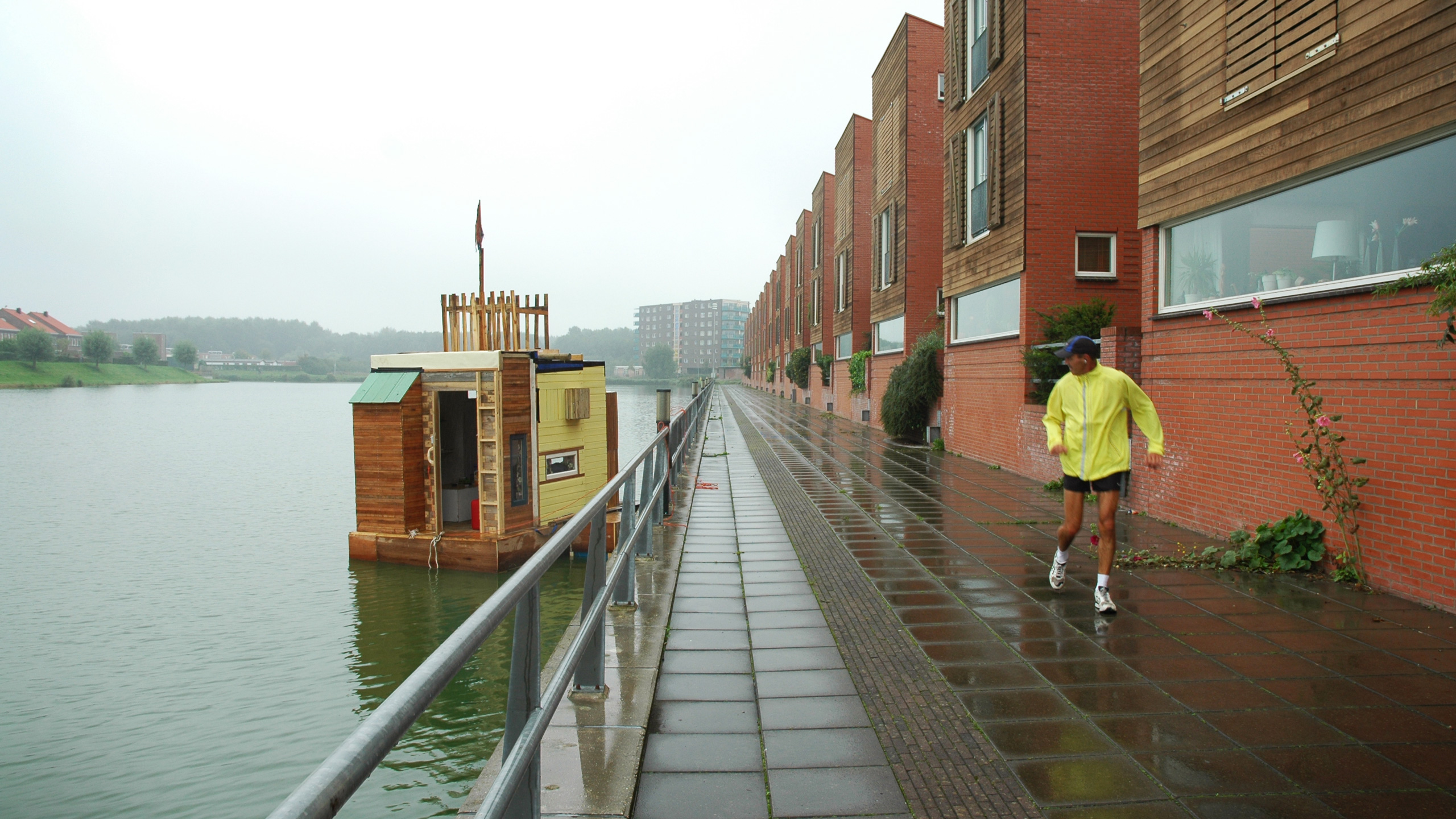 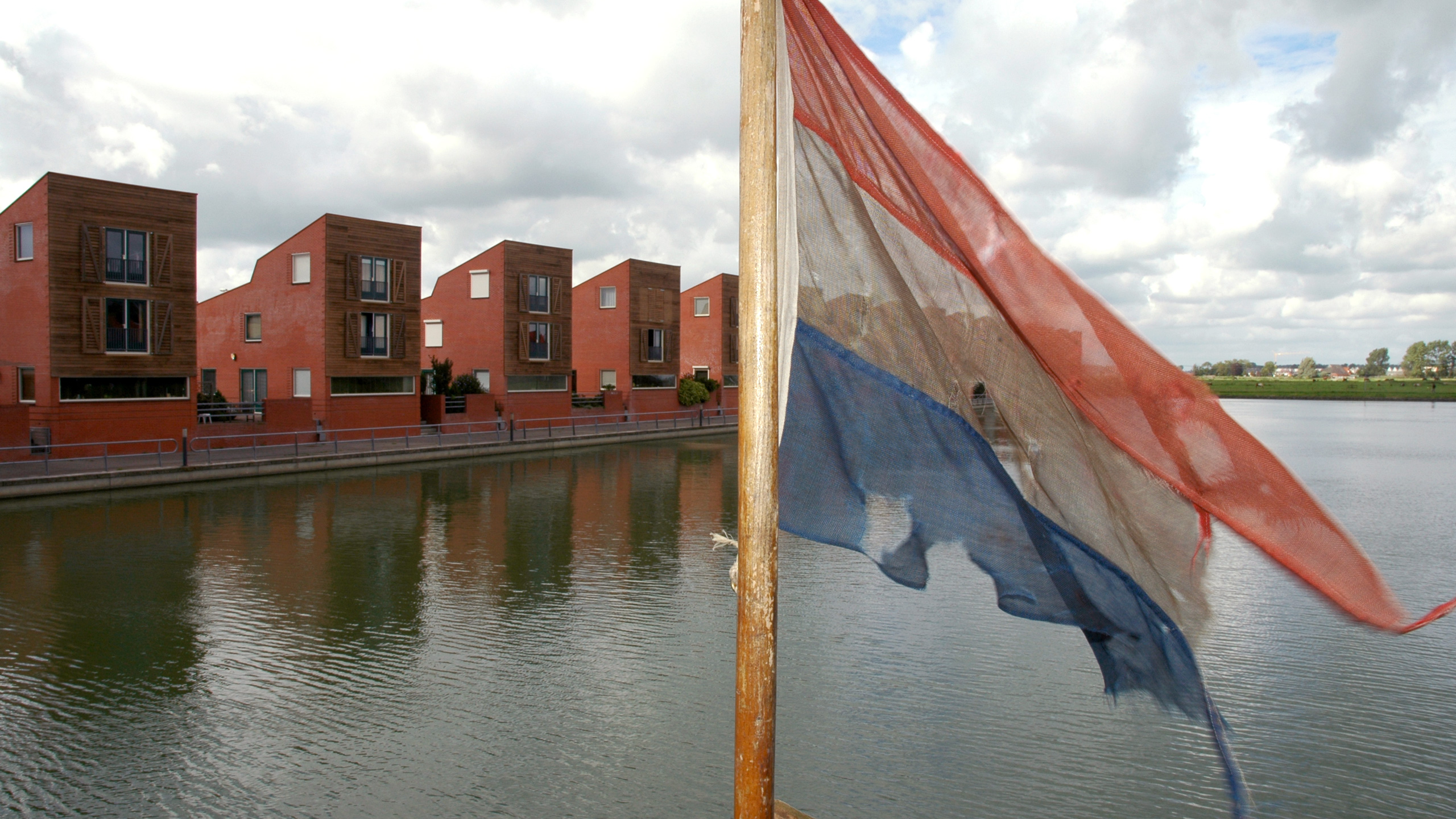 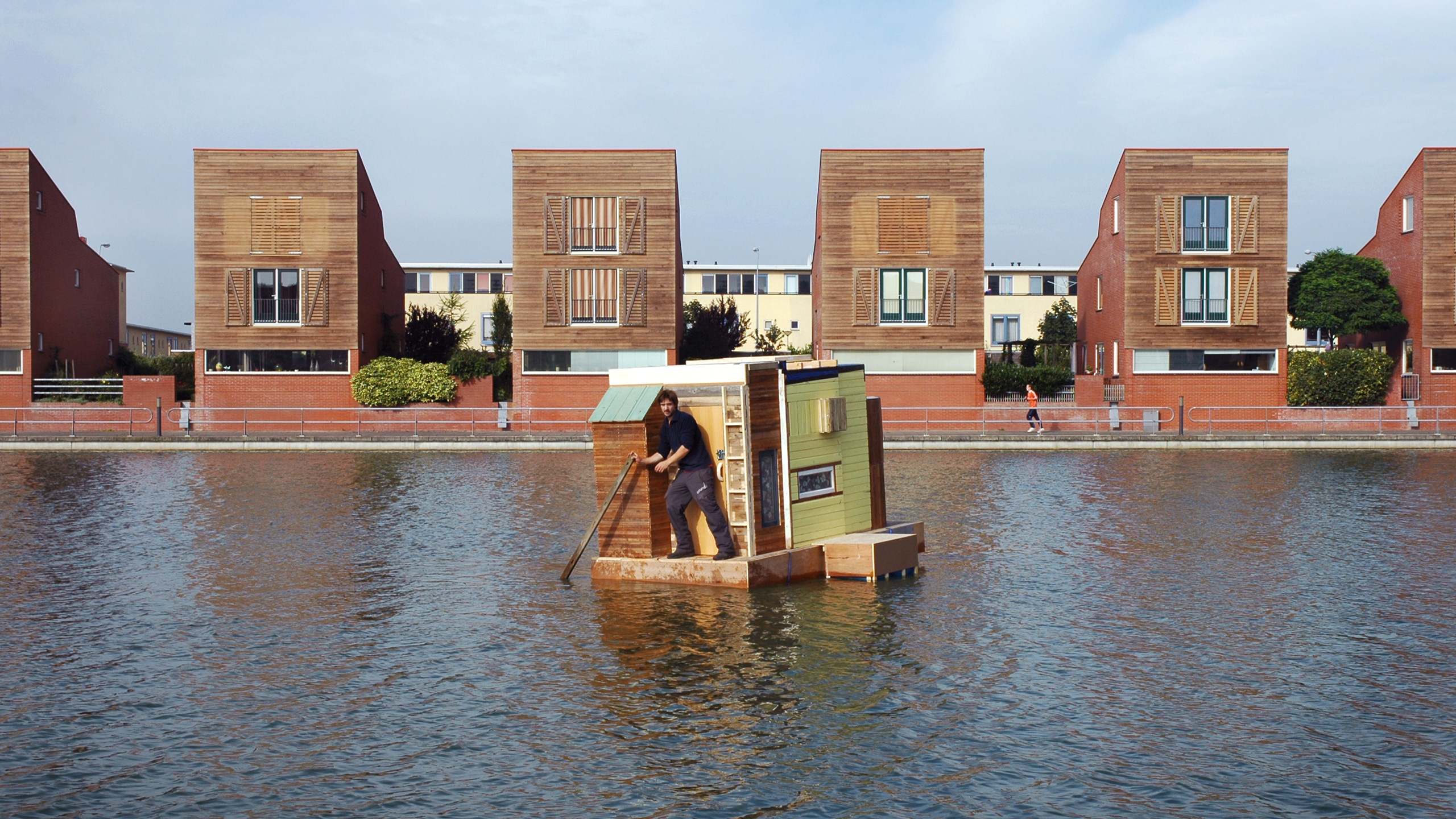 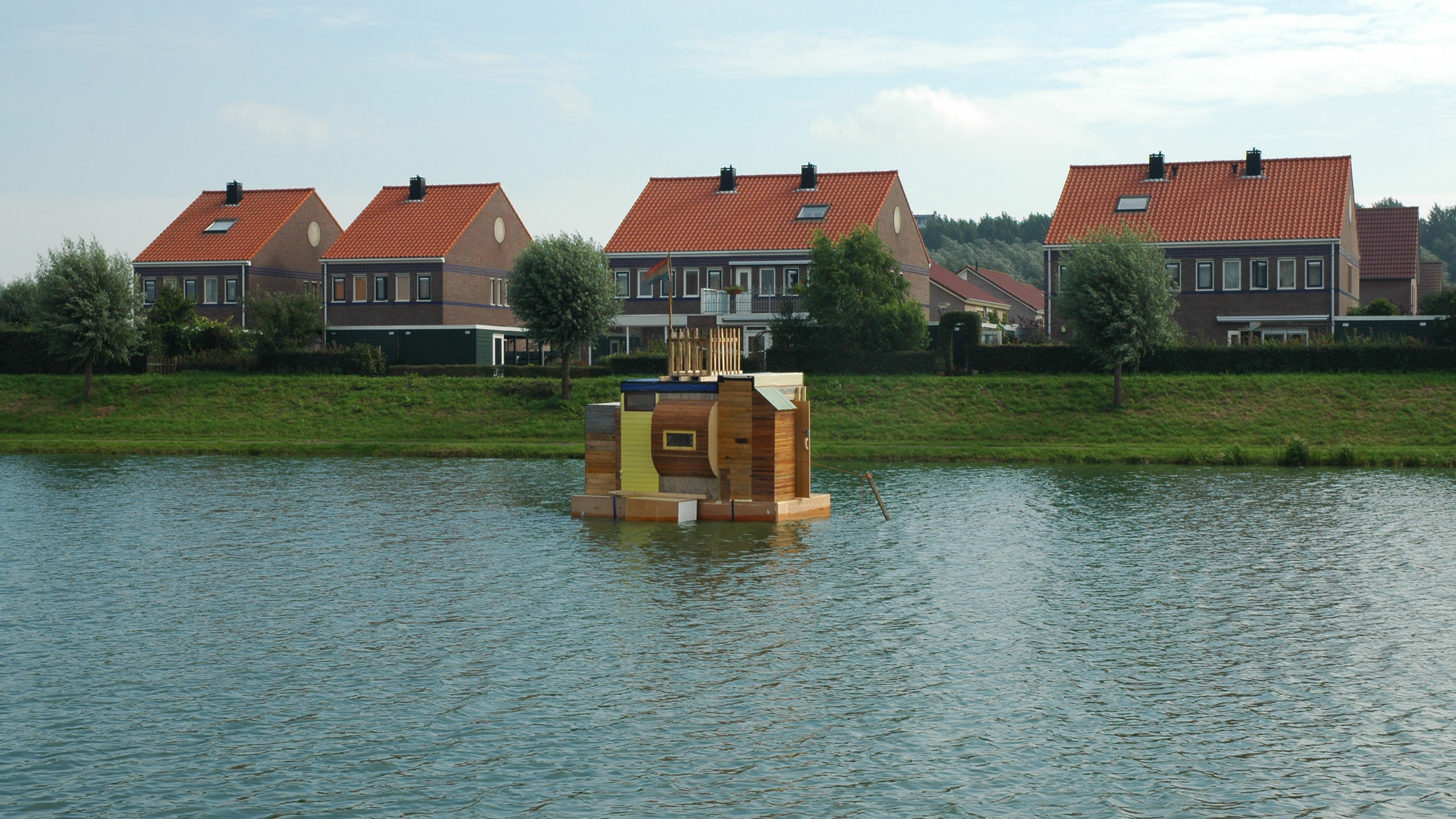 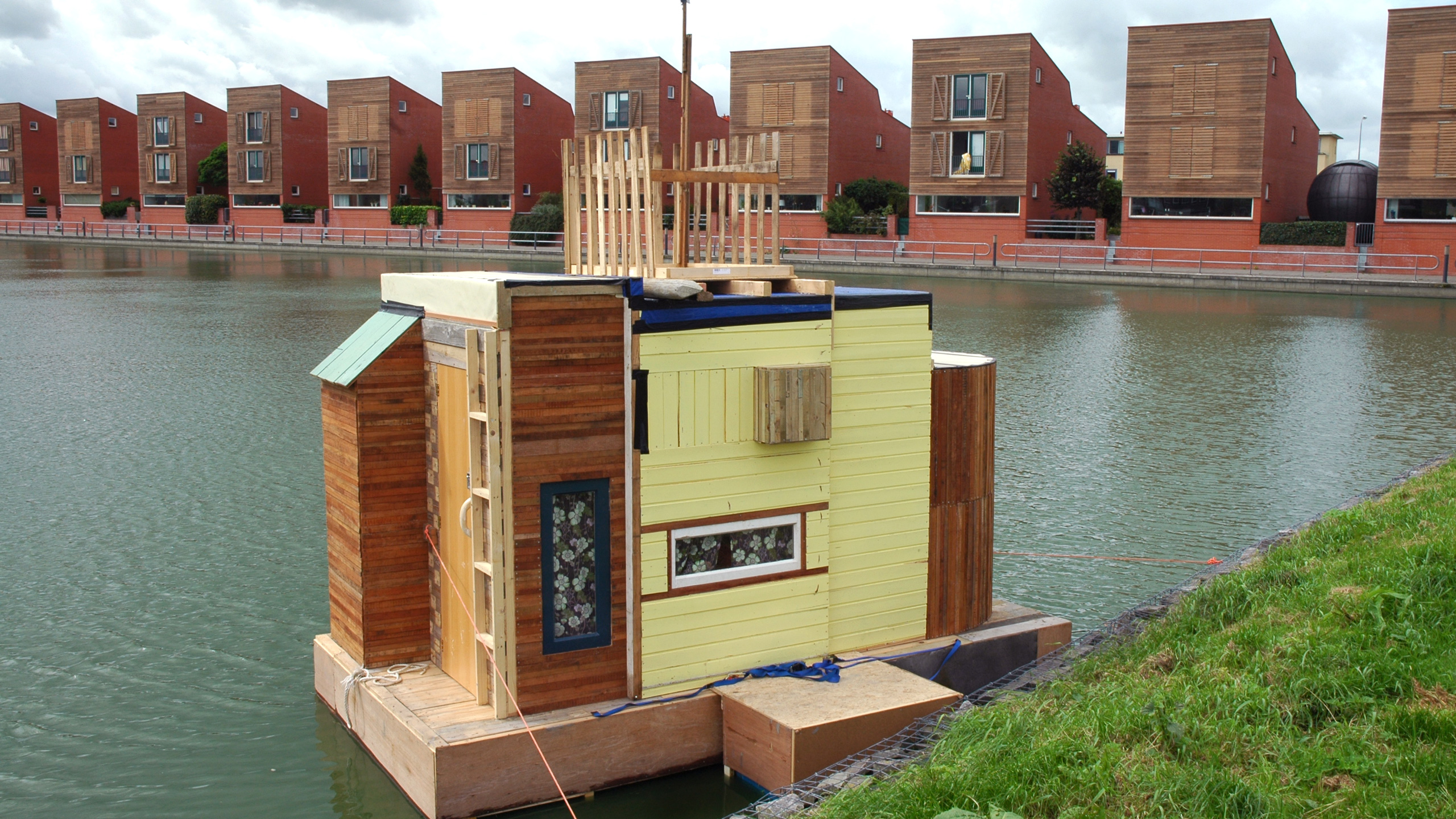 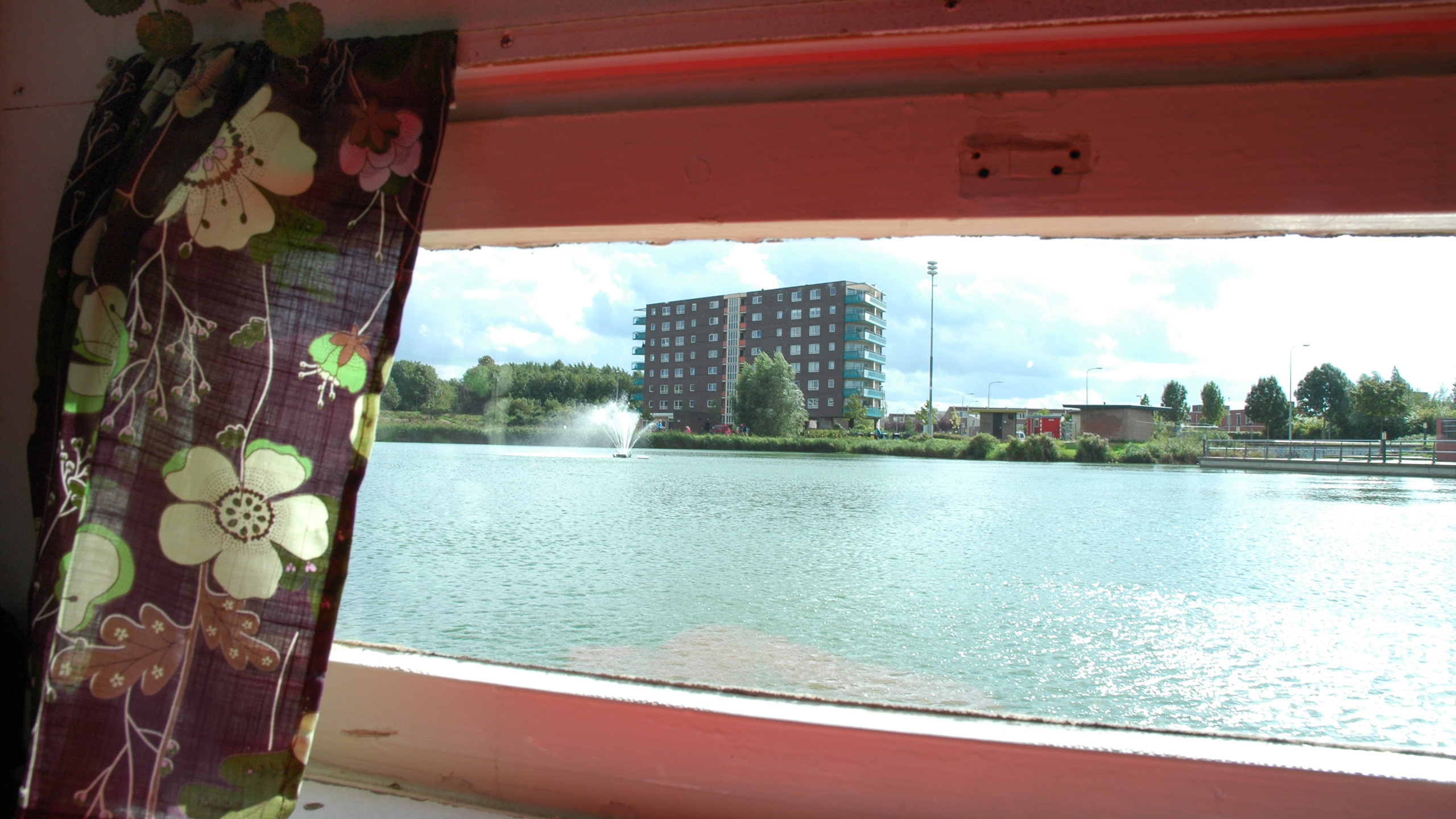 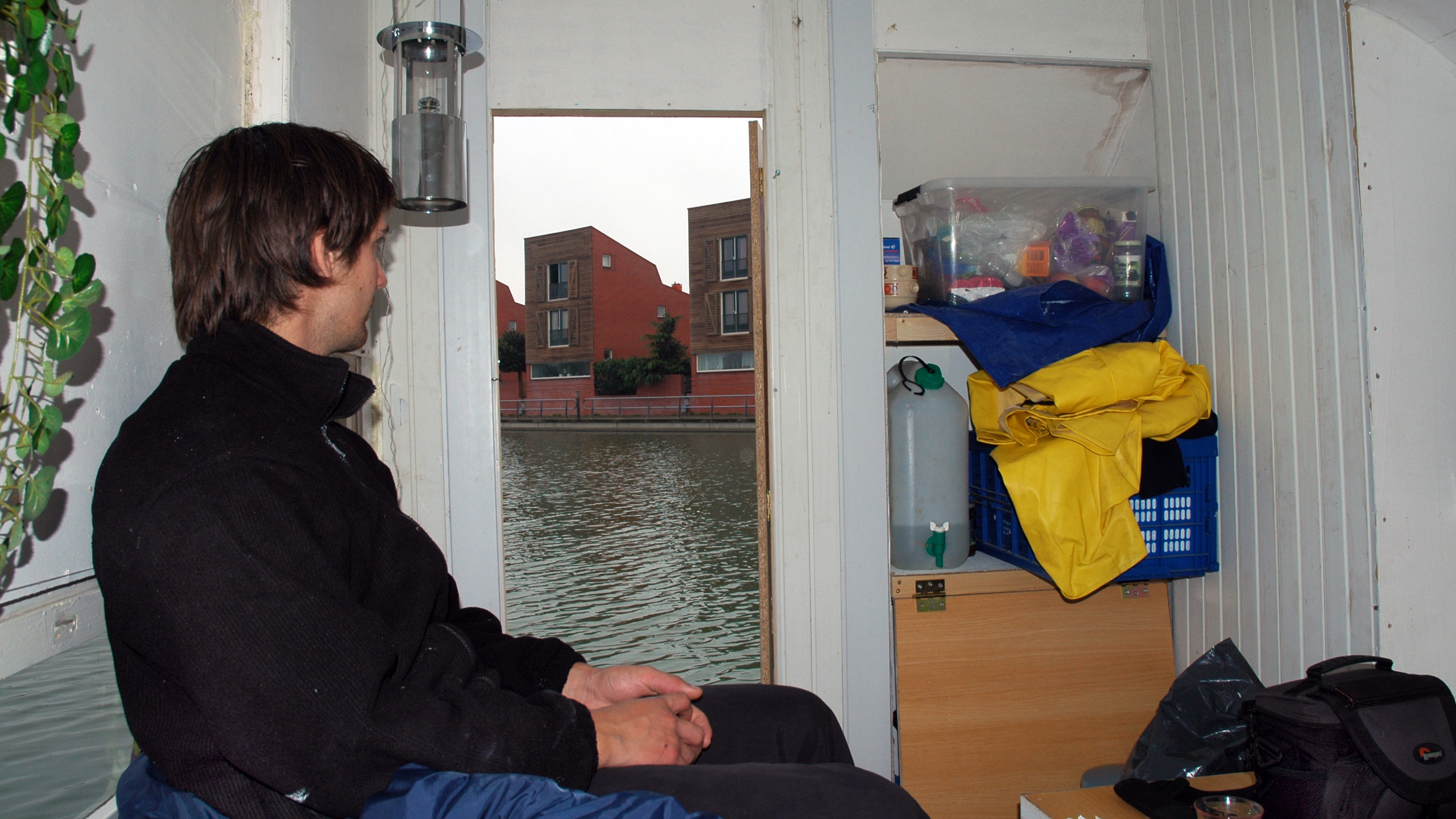 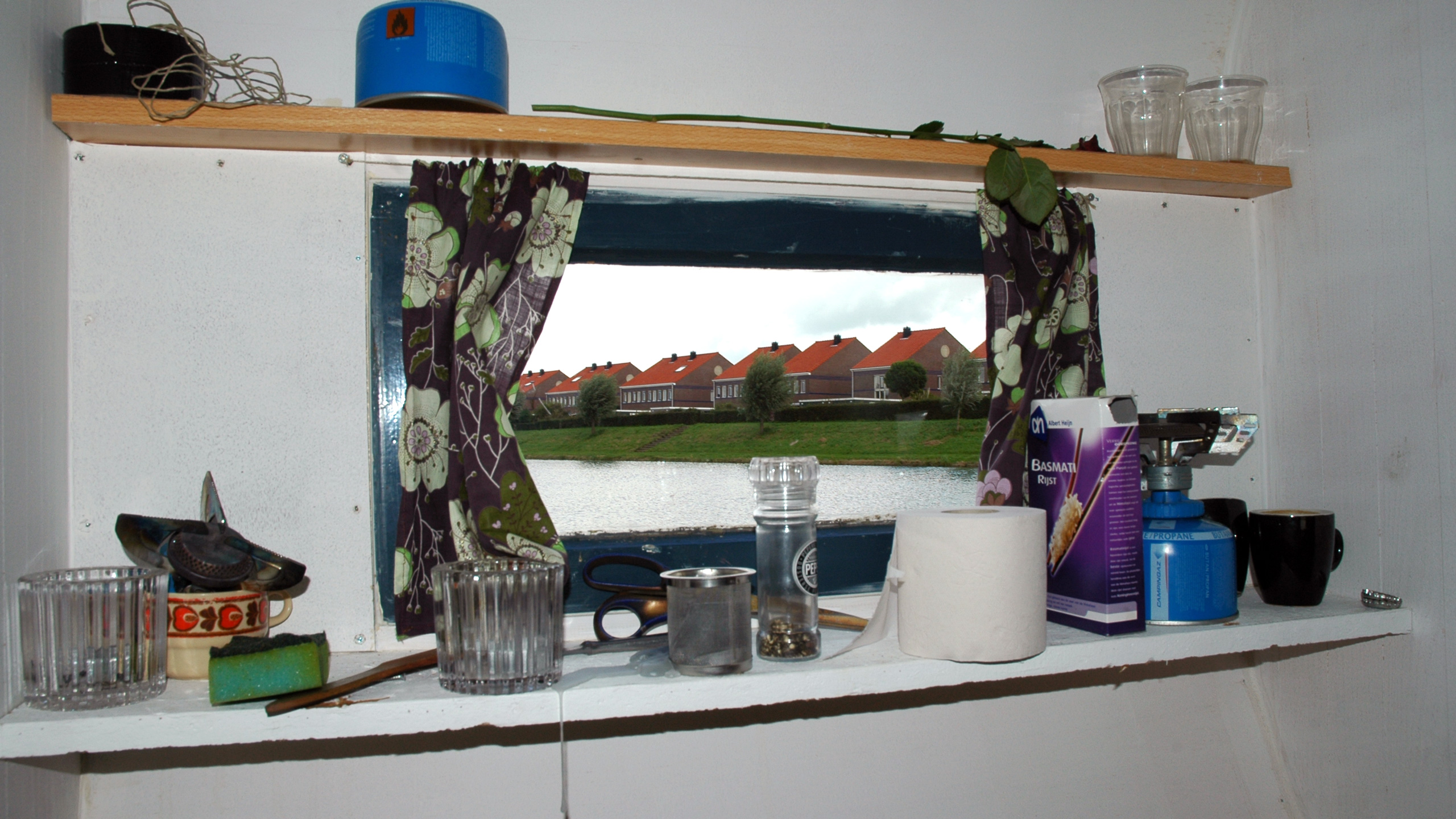 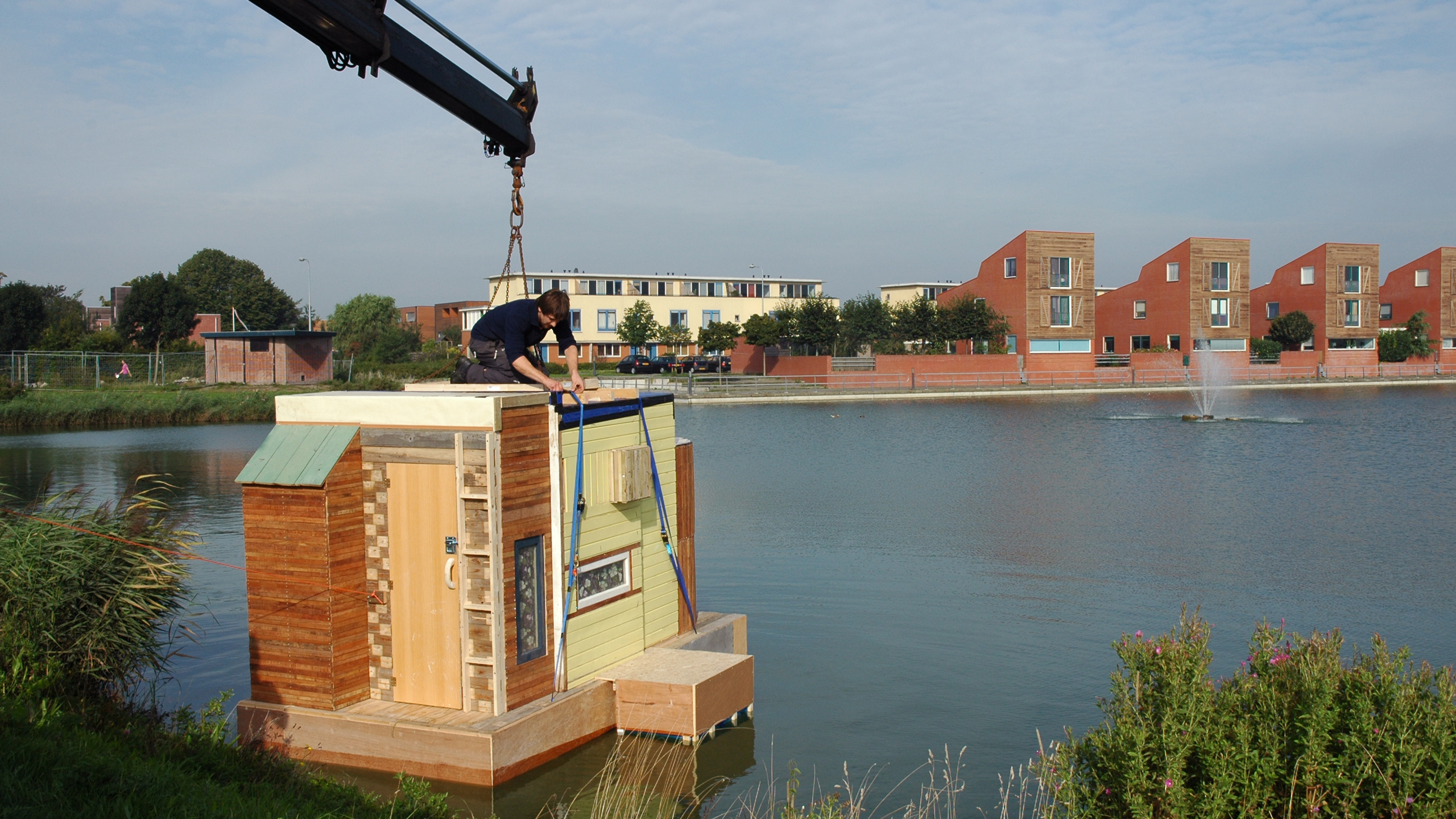 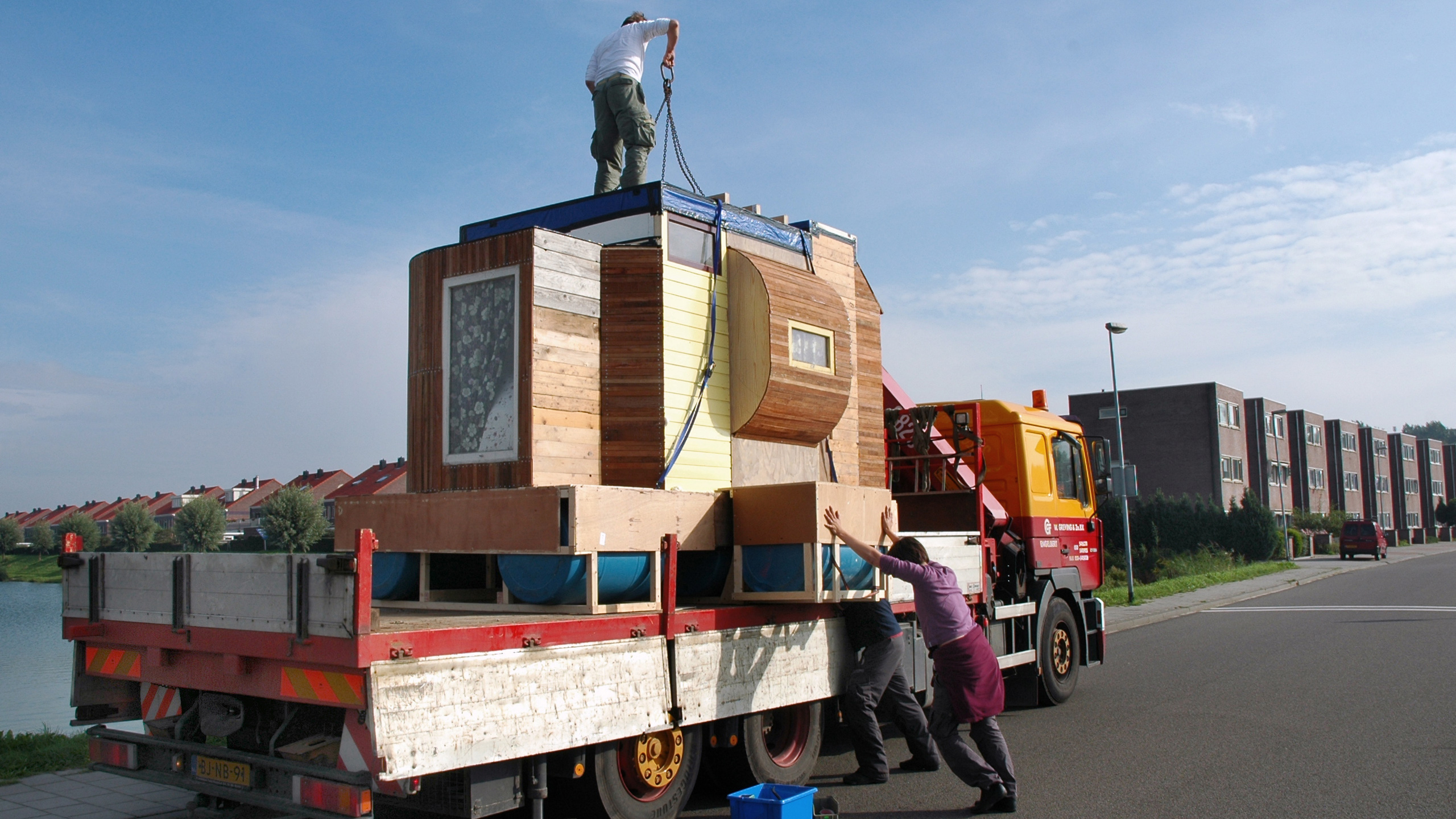 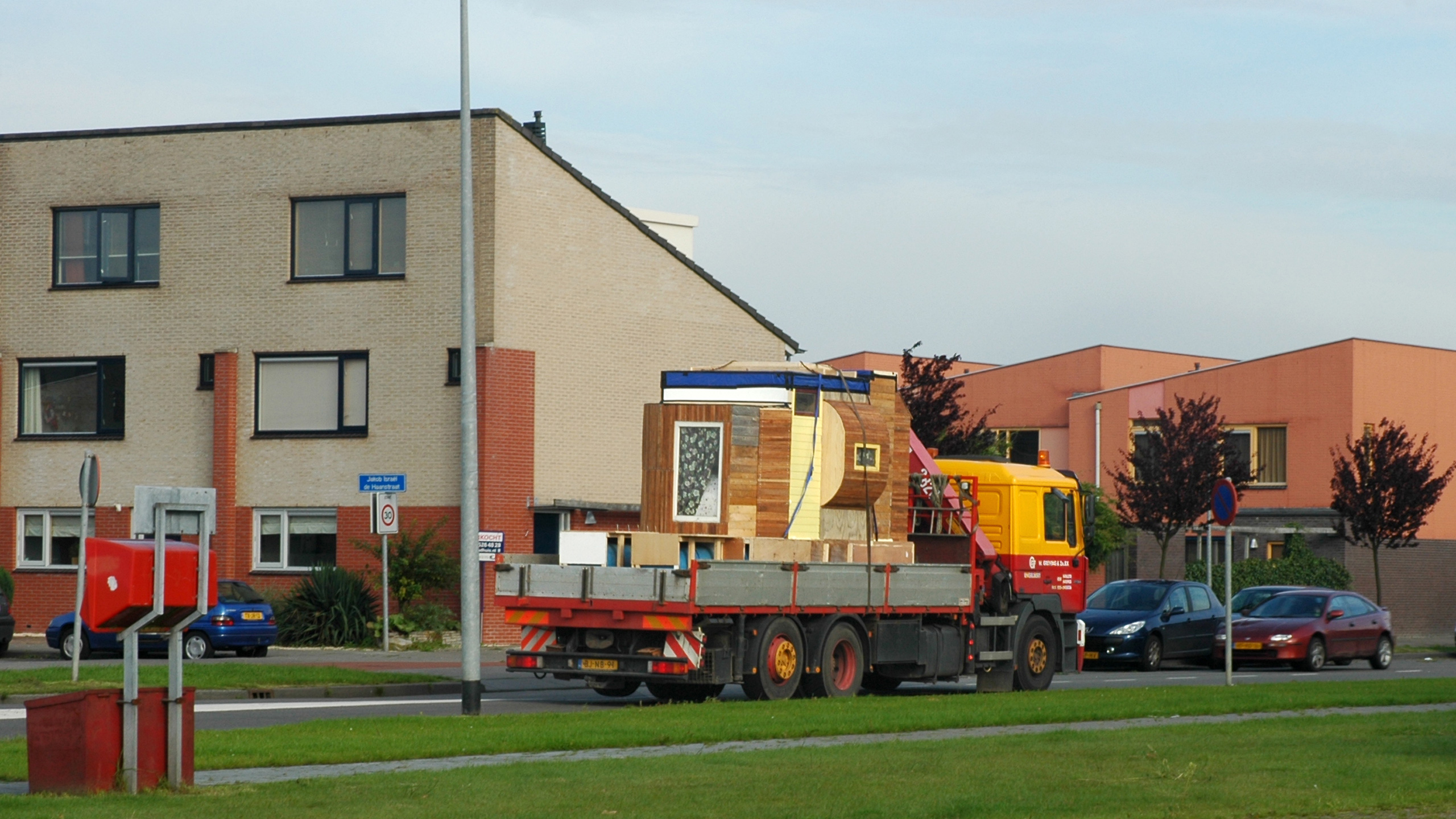 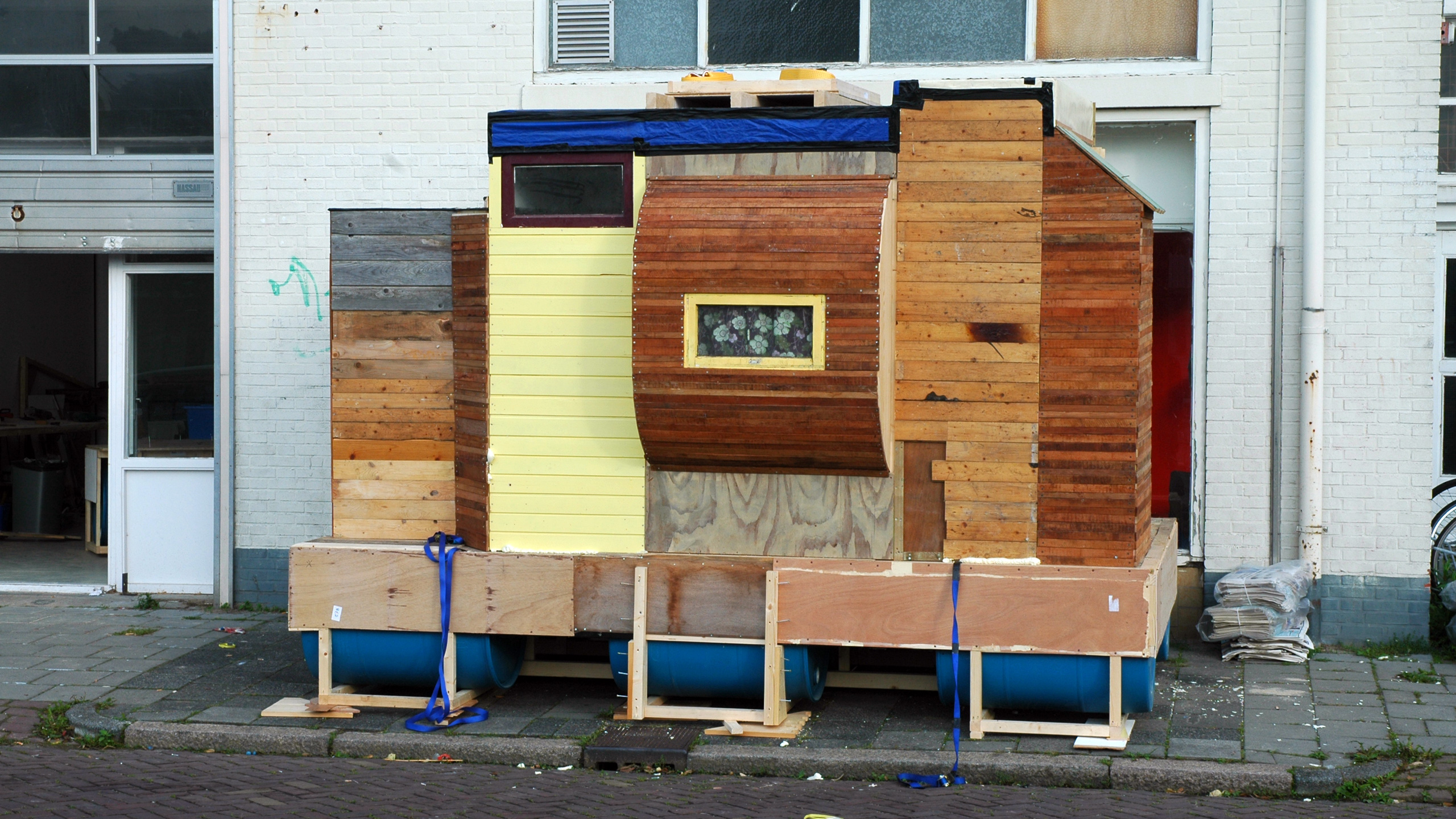 Your Home is a Castle

Project Stages: Your Home is a Castle Observation video

This project dealt with the effects of overregulation in city planning and how it led to the disappearance of informal architecture in the Netherlands. It took the form of an unannounced performance with a self-made houseboat within a newly build neighborhood which lasted four days in total. The project was a response to the closure of one of the last so-called ‘free harbors’ in the city of Groningen, where people designed and built their own houseboats until new regulations made it impossible.

During the residence ‘Sign to Eutopia’ in Groningen we visited several places where people live on houseboats or in trailers, build or rebuild by themselves. We interviewed the residents and asked them questions about the way they constructed and designed their buildings. We think that these alternative residential areas are important for the diversity in a city.

In this project we wanted to visualize the possibility to create your own world directly and physically in an environment where this is exceptional. Therefore we were looking for a place within a newly build area where the houses are built by big companies. For the project ‘My home is your castle’ we constructed a houseboat with used material. During two weeks we worked on our house without a clear construction drawing, inspired by the architecture of the compounds we had visited. Gradually the boat began to take shape. When it was finished we transported it to the spot where we placed it in the water.

We brought the self-made boathouse to a small decorative lake within a newly build neighbourhood. The lake is surrounded by houses and streets and has no direct connection with any other open water. For four days we stayed on board of the houseboat. During our stay on the lake we noticed that our presence on the houseboat made our new neighbours curious. We entered what we thought to be a public space but gradually we were confronted with the semi-private atmosphere of the lake. The physical distance felt really close and we were continuously watched from behind the curtains, from balconies, gardens and the surrounding streets. At the same time there was a distance because our boat was lying in the middle of the lake. We were balancing on the boundaries of private and public space. The public intervention transformed into a more social performance about voyeurism.

After the first day we noticed that we had brought adventure in the backyard of the inhabitants. In a peaceful neighbourhood where nothing exciting or exceptional was happening suddenly there were people trying to live in a small and primitive houseboat. The inhabitants watched our movements very closely and in the same time we observed their behaviour.