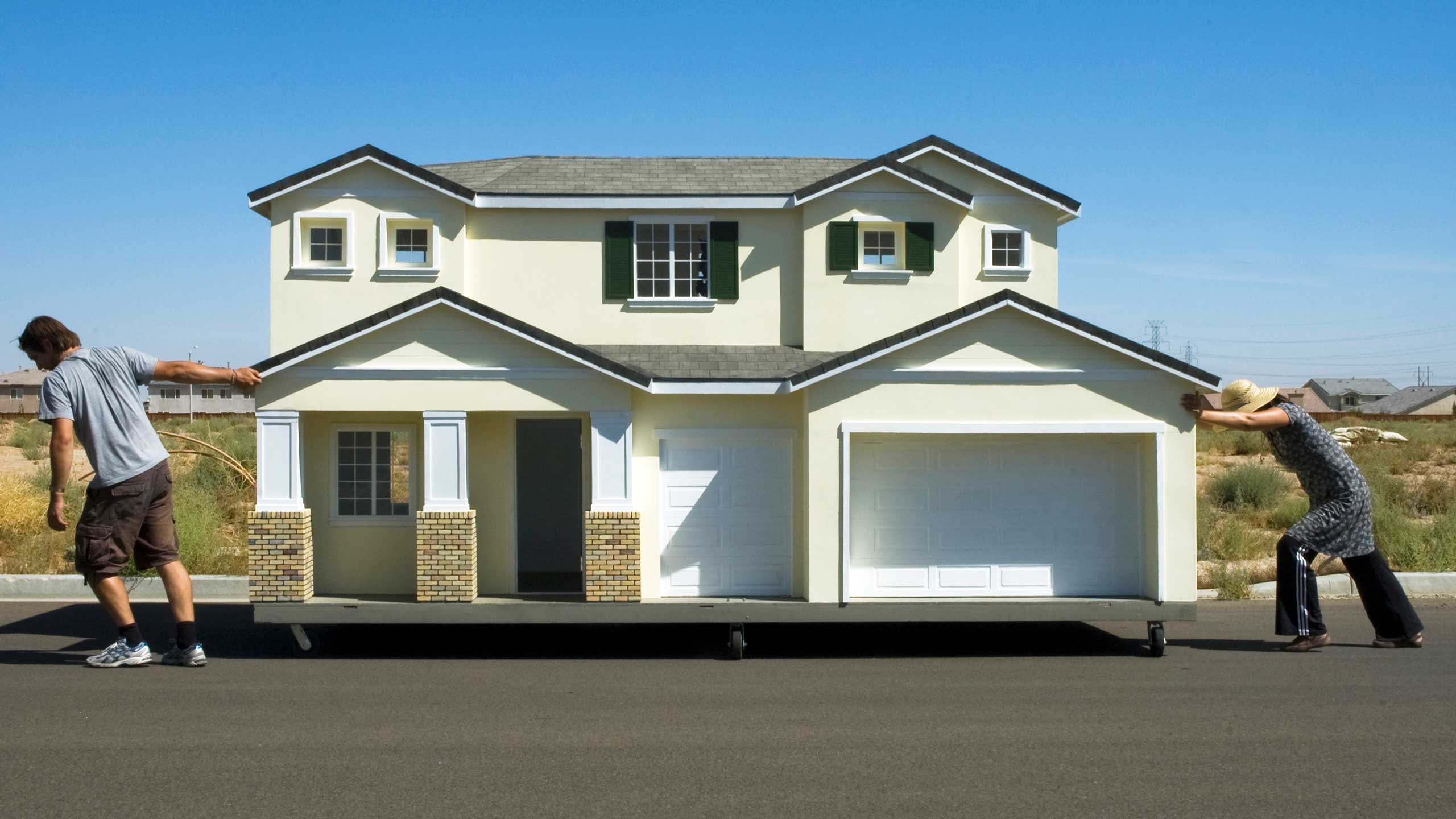 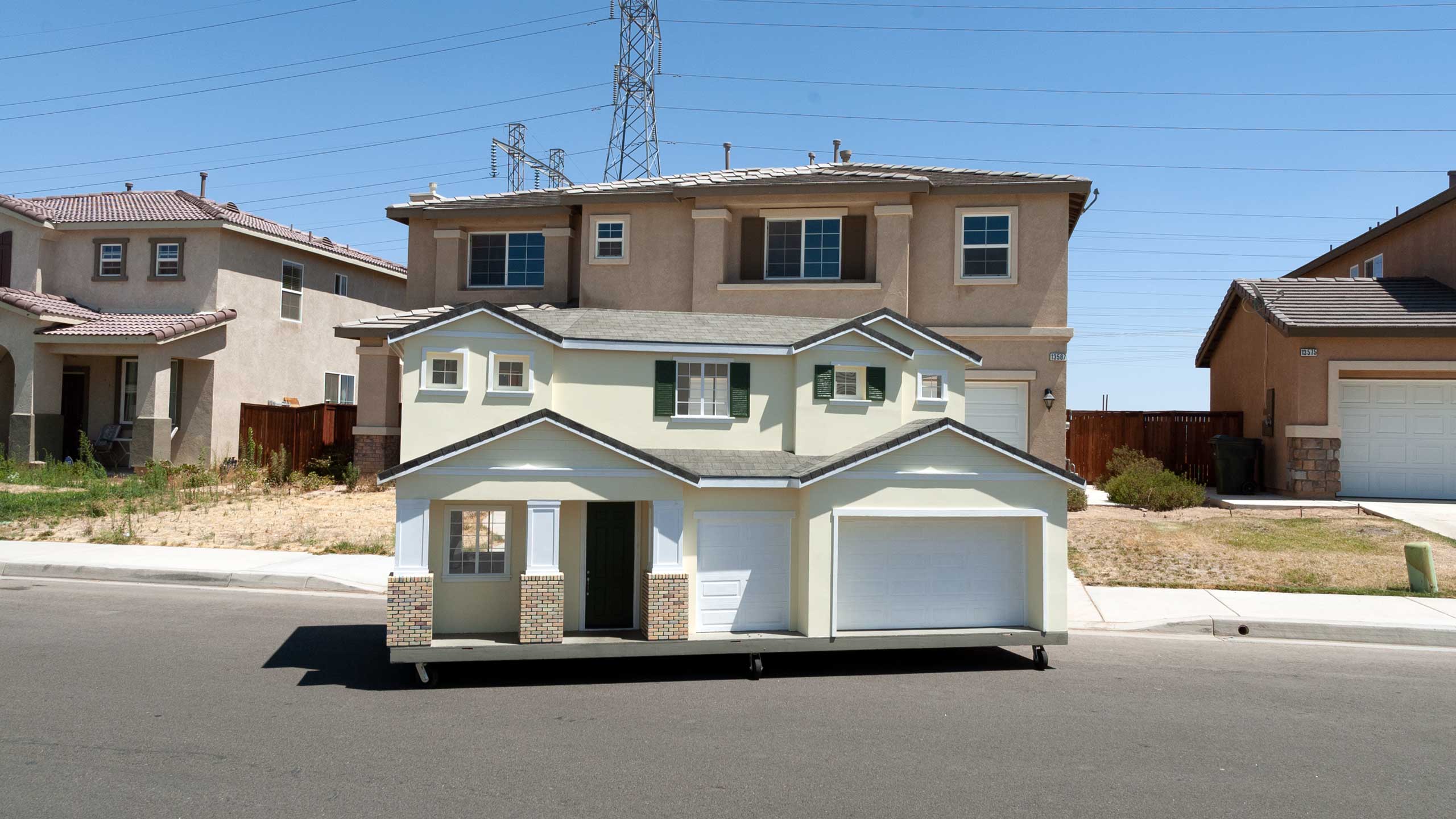 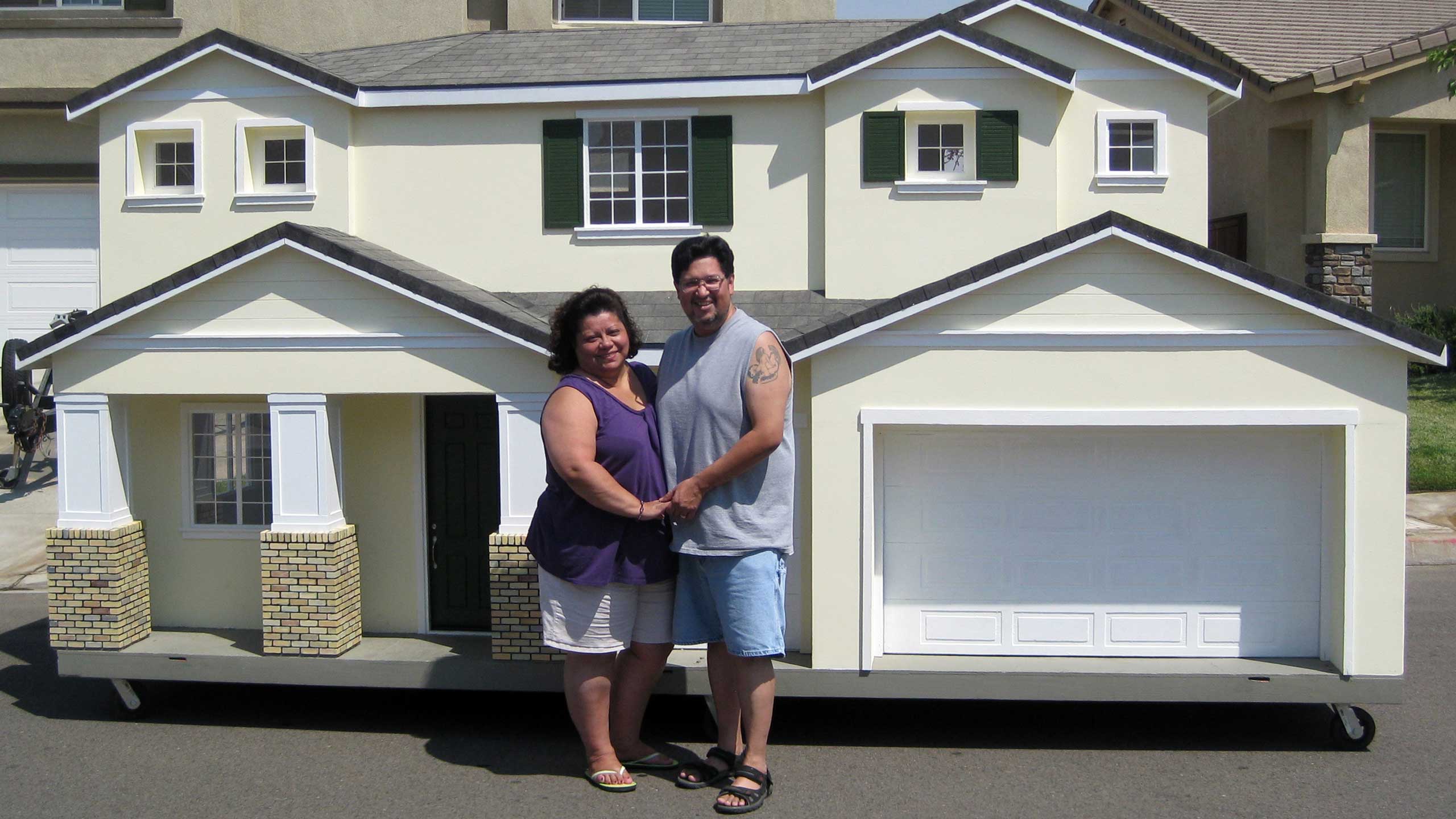 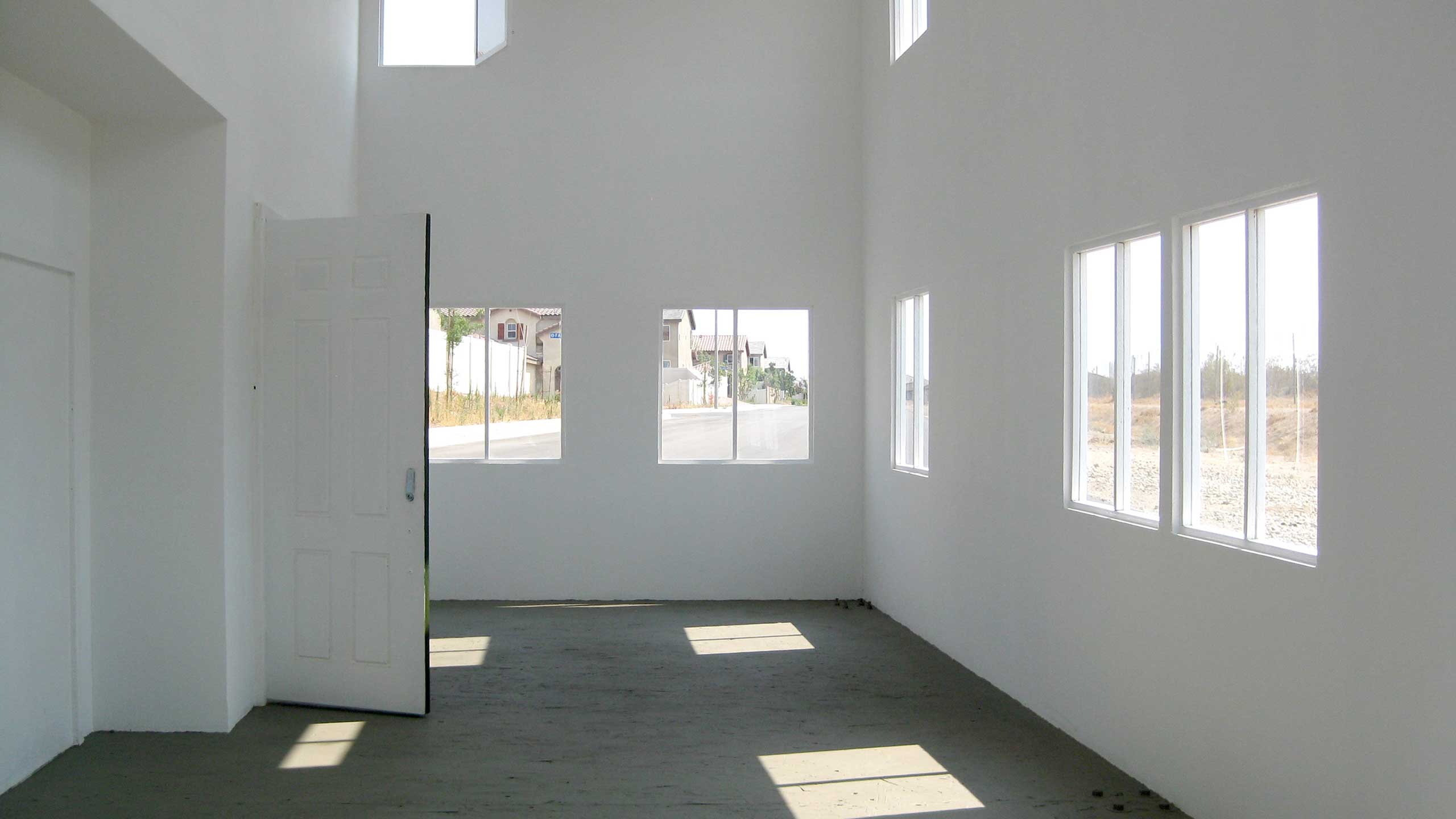 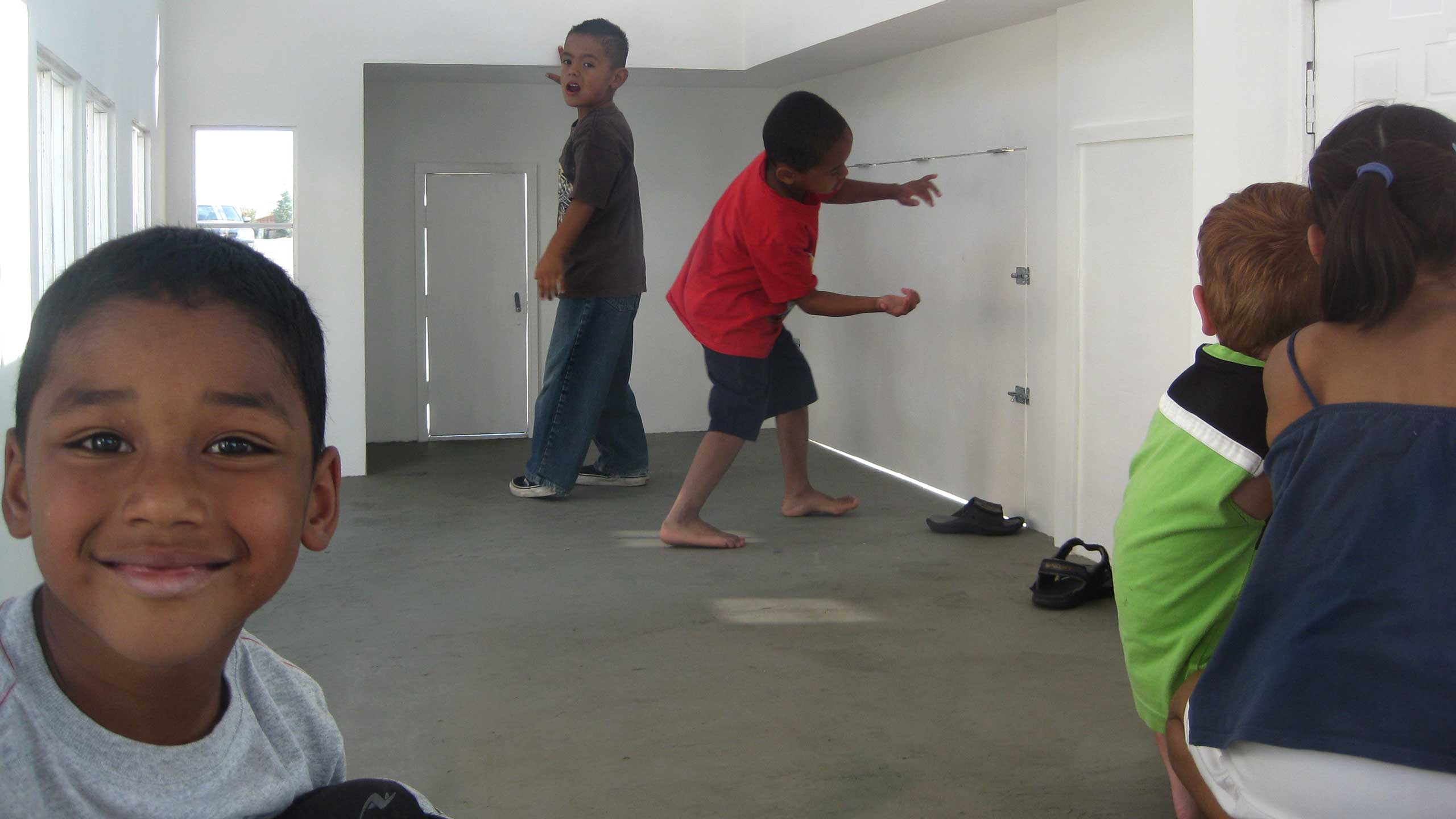 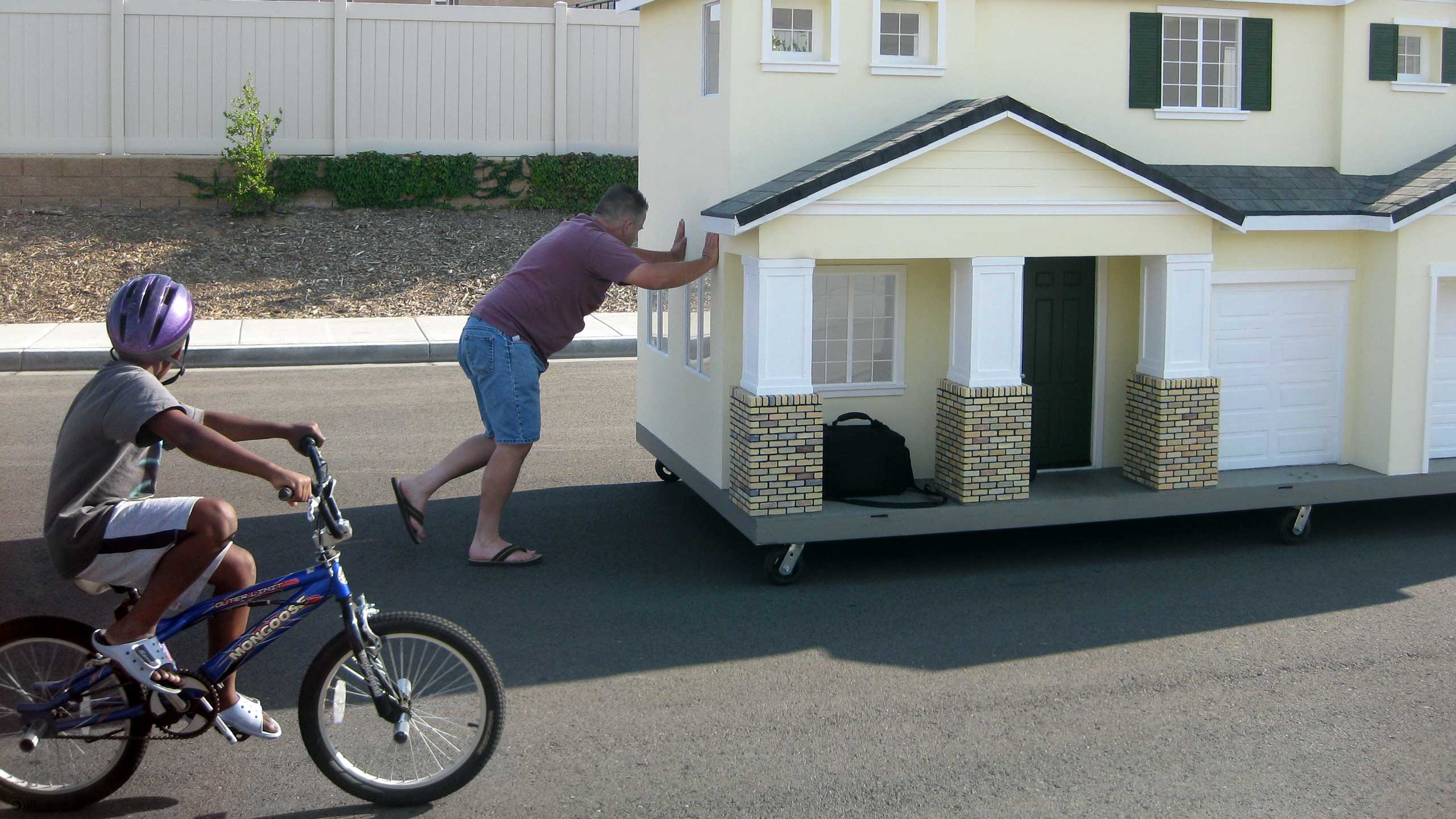 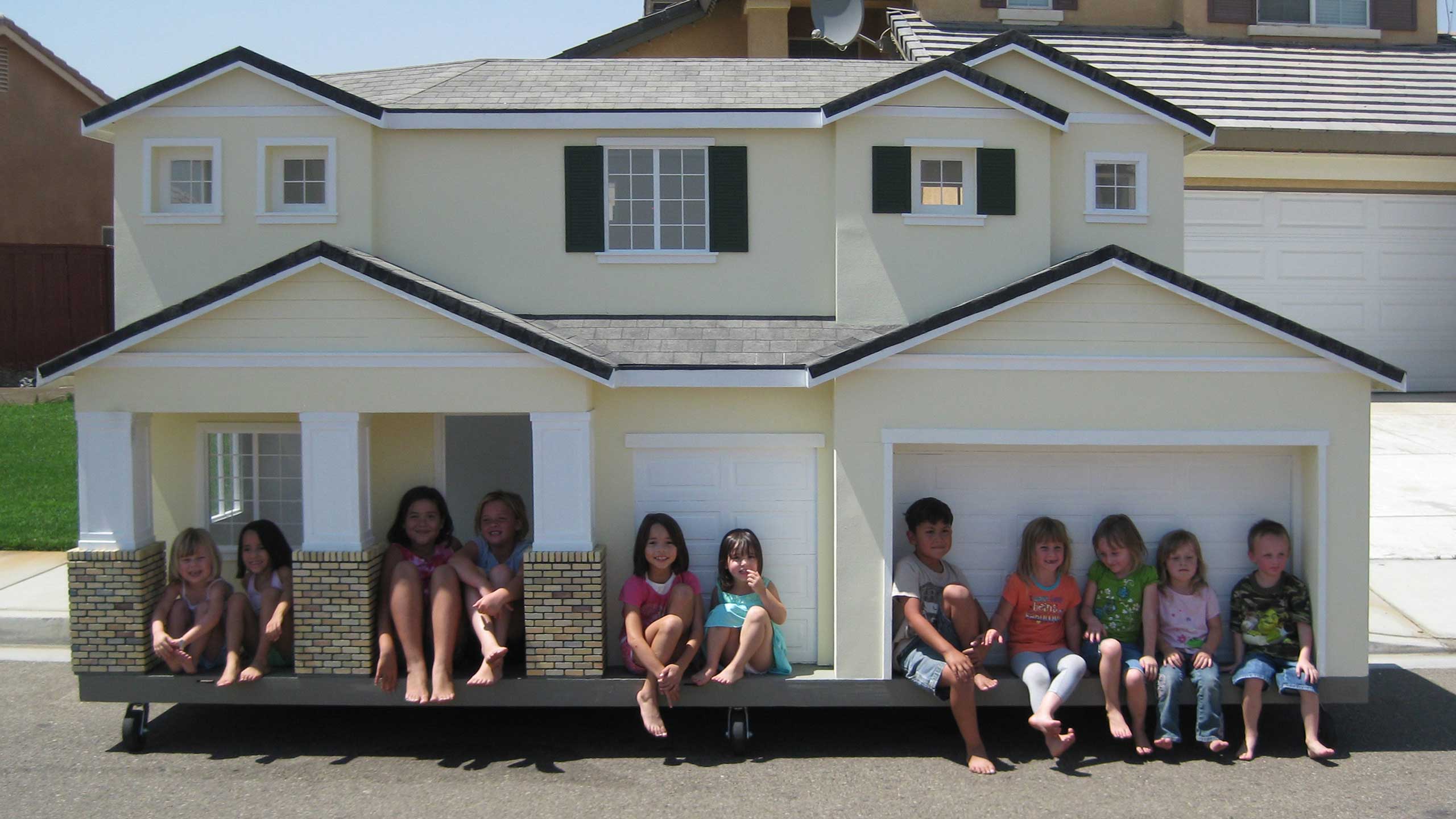 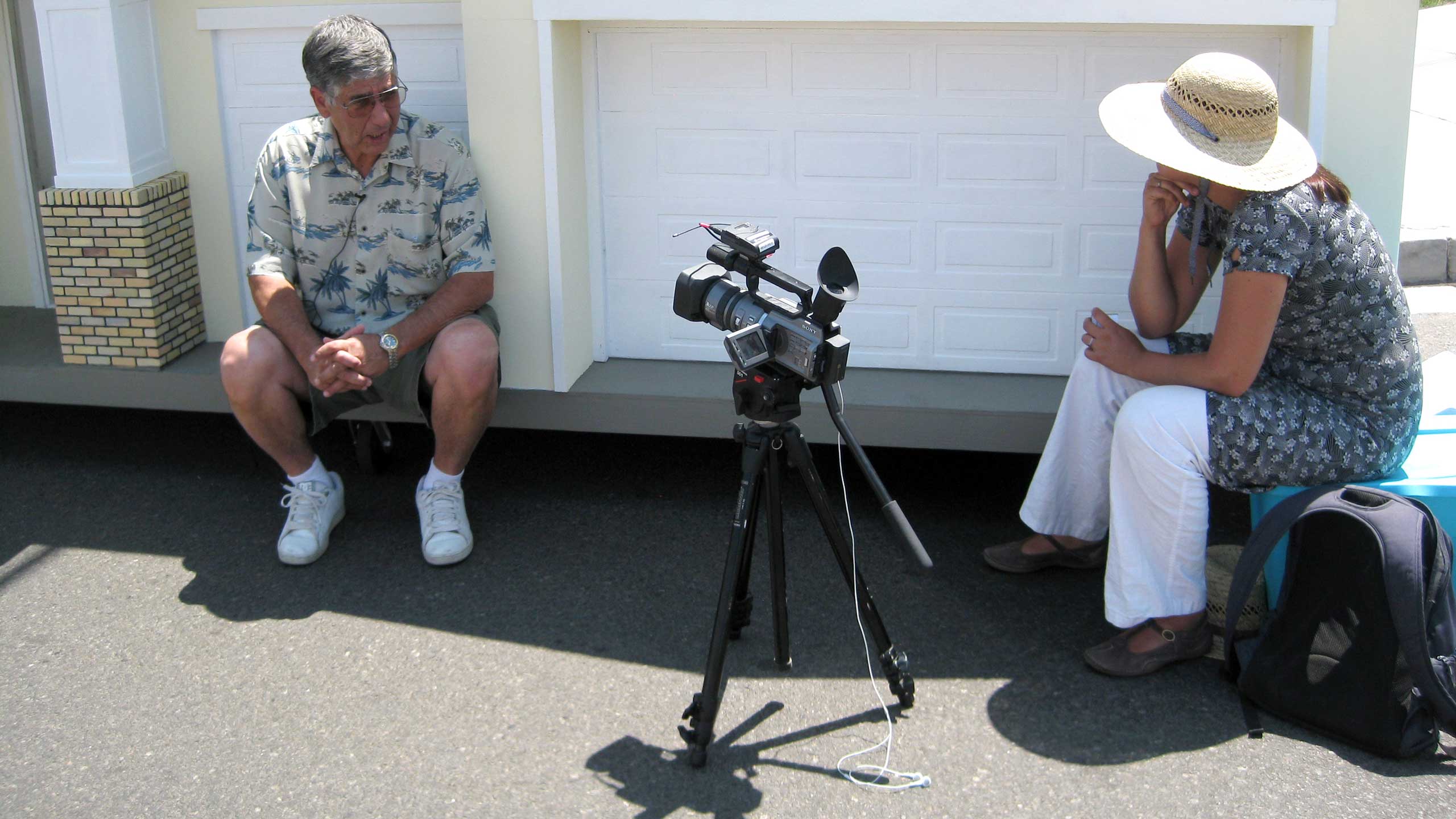 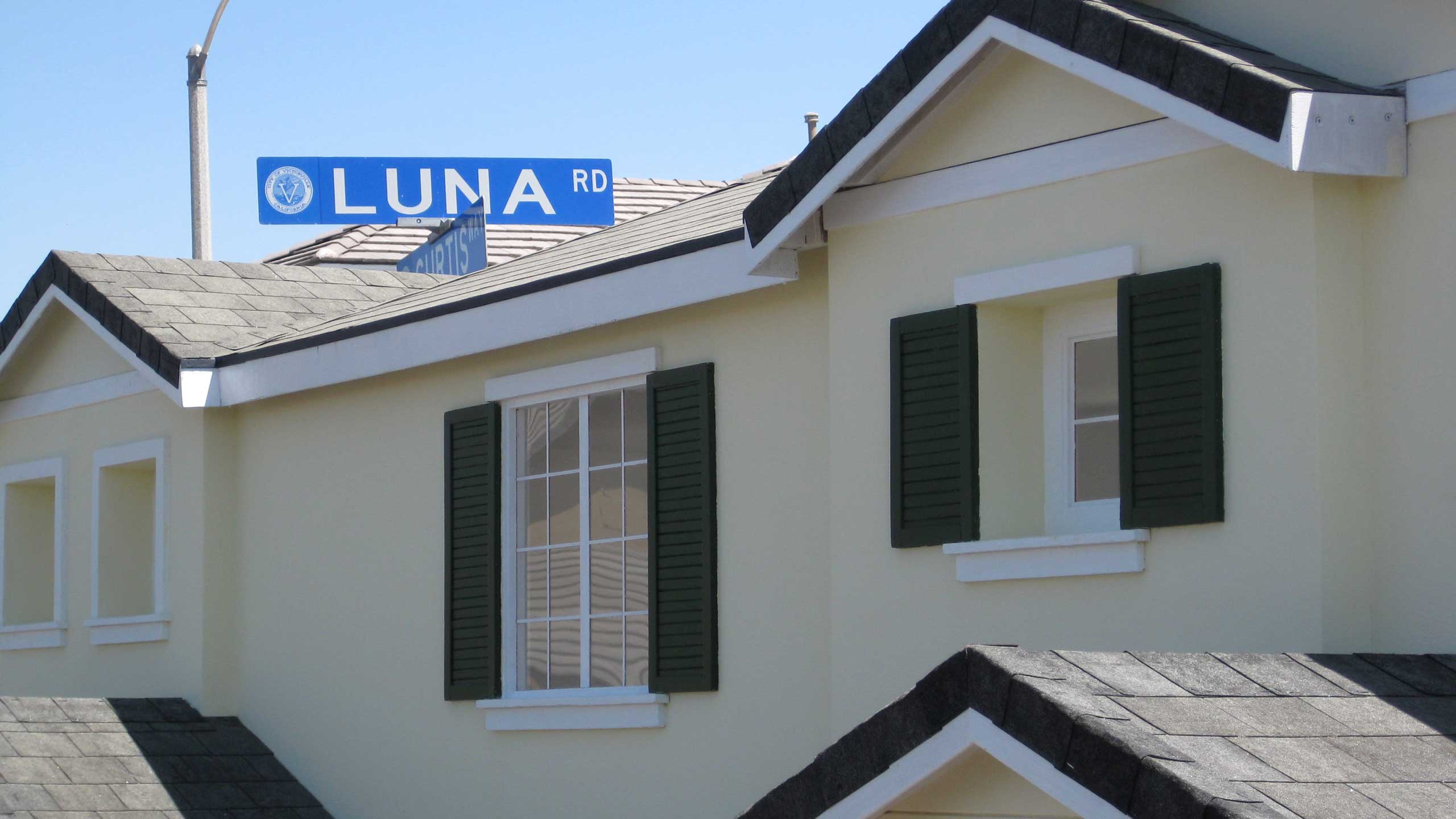 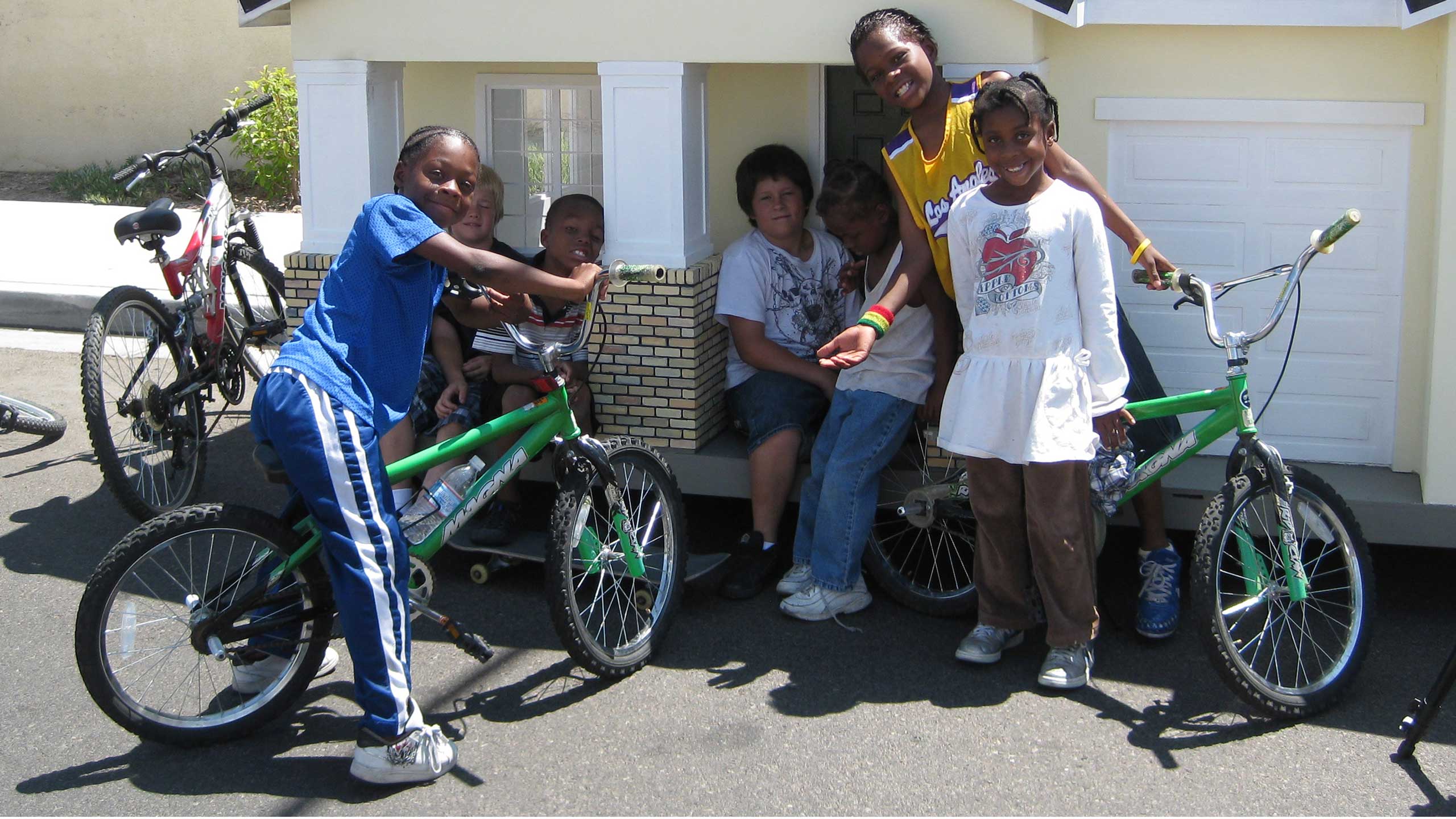 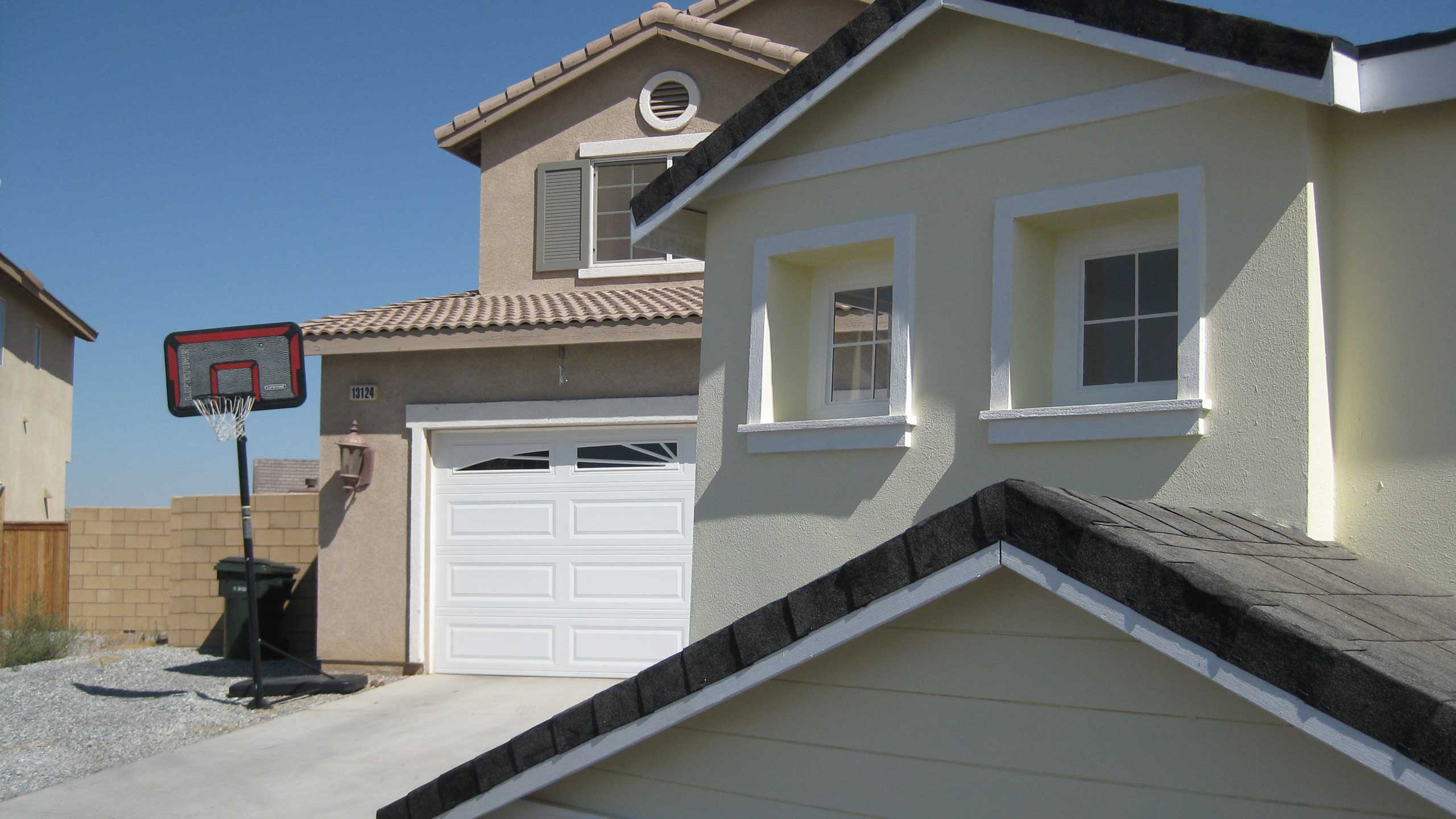 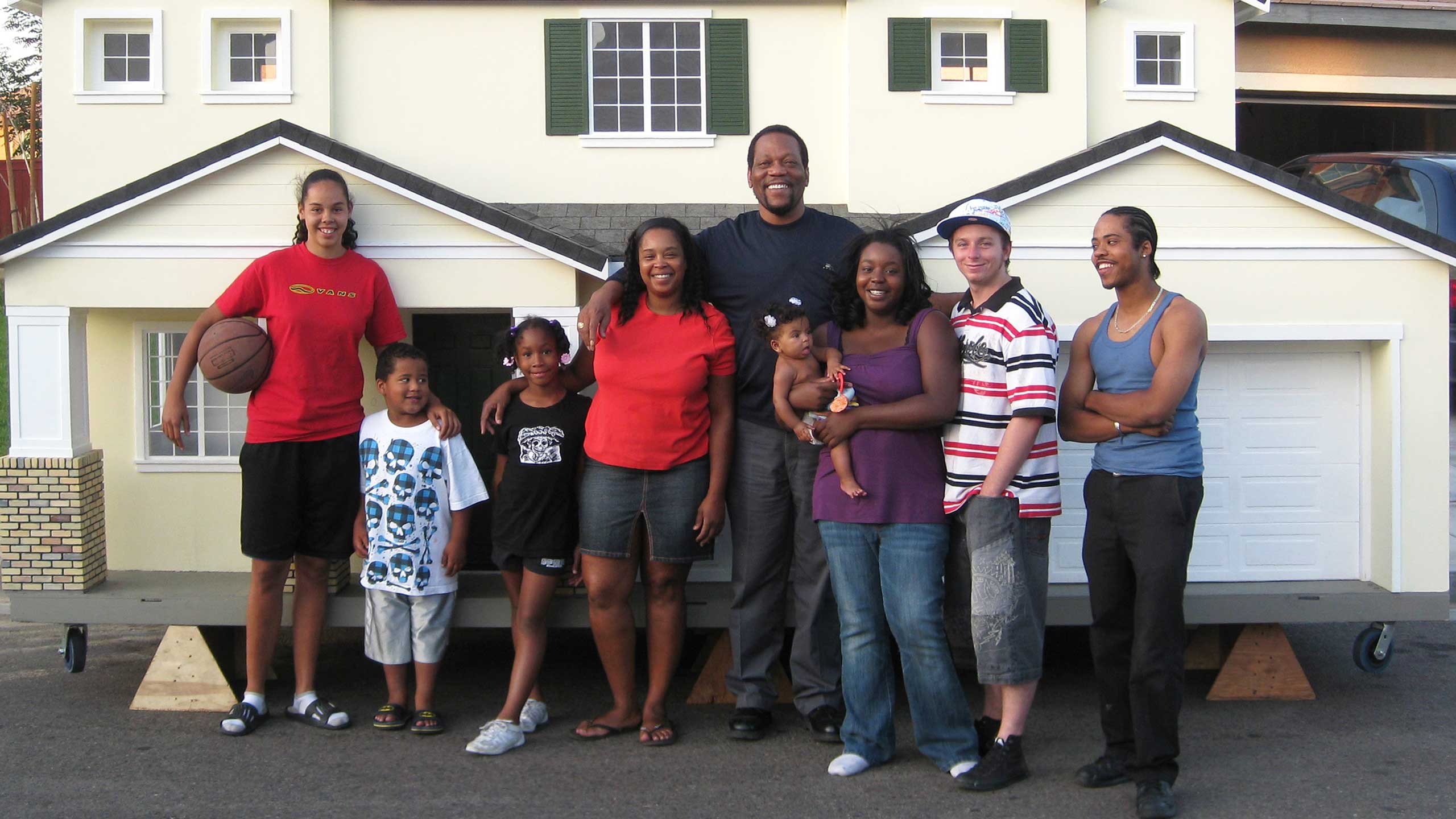 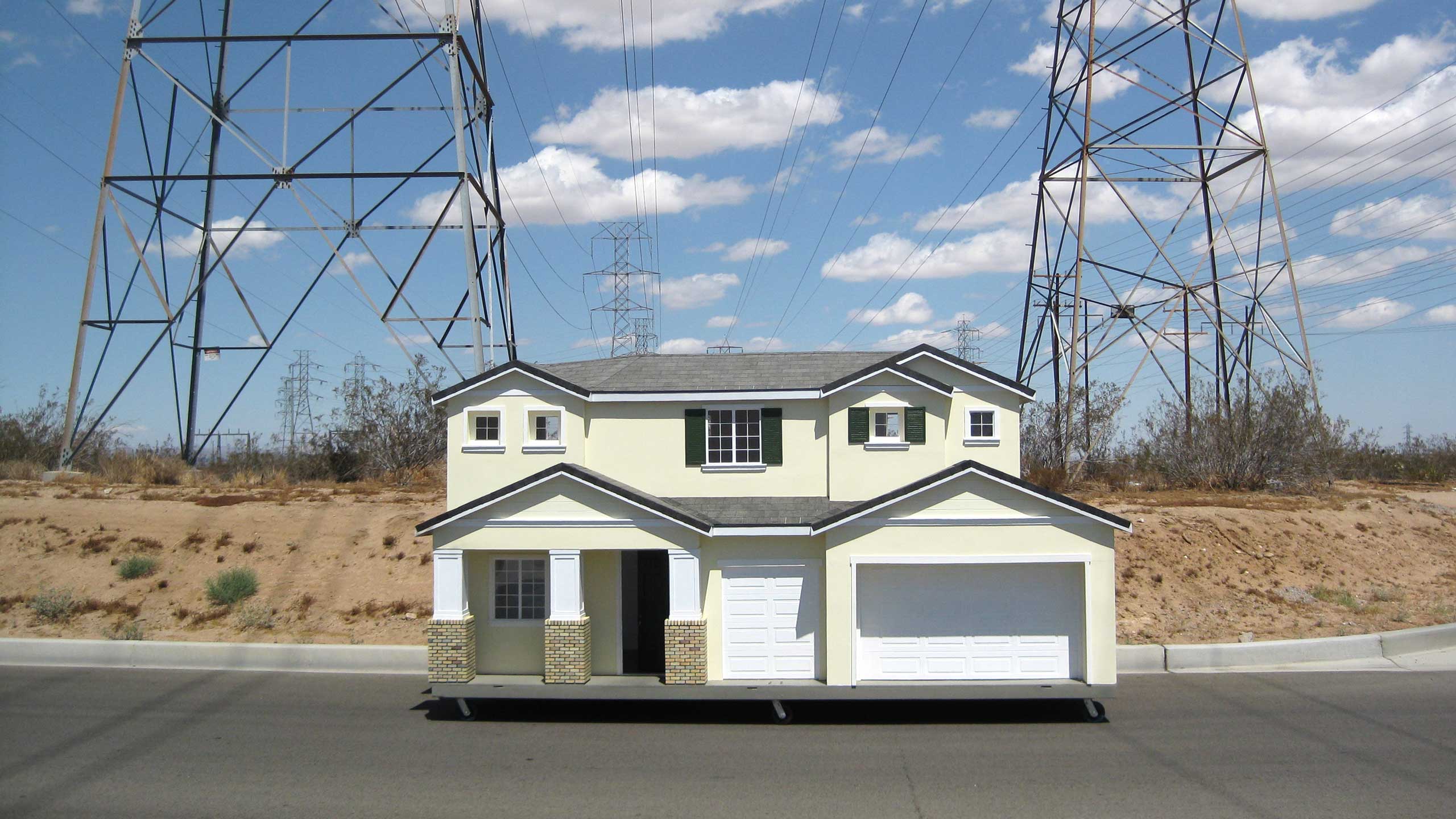 Your Home is in Our Hands

Project Stages: Your Home is in Our Hands Video

This work investigated the concept of home, in Victorville, a Los Angeles exurb that has significantly suffered the effects of the burst of the housing bubble. In order to consider the plight of the American dream, a small; two story ‘McMansion’ was used as a catalyst for engaging the citizenry. Employing the mobile home as a set, a video documentary; a portrait of Victorville was produced. The documentary shows the influence of the financial recession on the lives of the people in the suburbs. How do the empty houses influence the neighborhood and how do the people reflect on the notion of home-ownership during these hard times? Is the burst of the housing bubble the end of the American dream?

Victorville is a sub-suburban town 100 miles from Los Angeles. It is a typical commuters town. For a few years Victorville seemed to be the American dream come true. Investors were buying the cheap land in the Mojave Desert and developed thousands of new homes. Because of this large-scale development the houses were two to three times cheaper than in the suburbs closer to Los Angeles. Homeownership came in reach for the low-income families.

In 2006 the population grew by 10% and Victorville became the second-fastest growing city in the country. The housing boom came to a sudden end in 2007 and the property values dropped. The housing market crashed and the hyper-inflated mortgages caused people to walk away from their houses, giving Victorville some of the highest foreclosure rates in the state. In the summer of 2009, one in every four houses were vacant. This project documents the influence of the financial recession on the lives of the people in the suburbs.