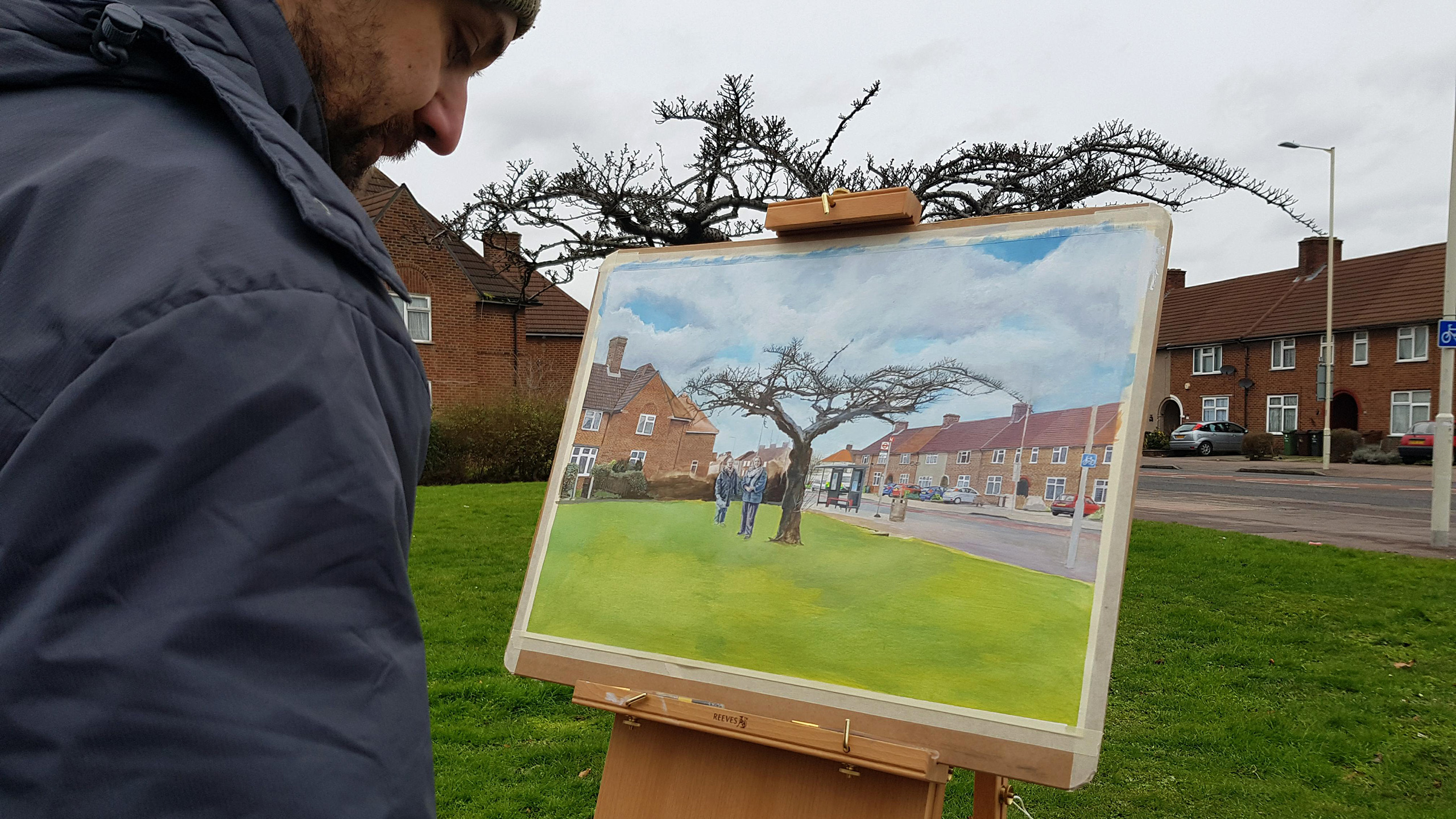 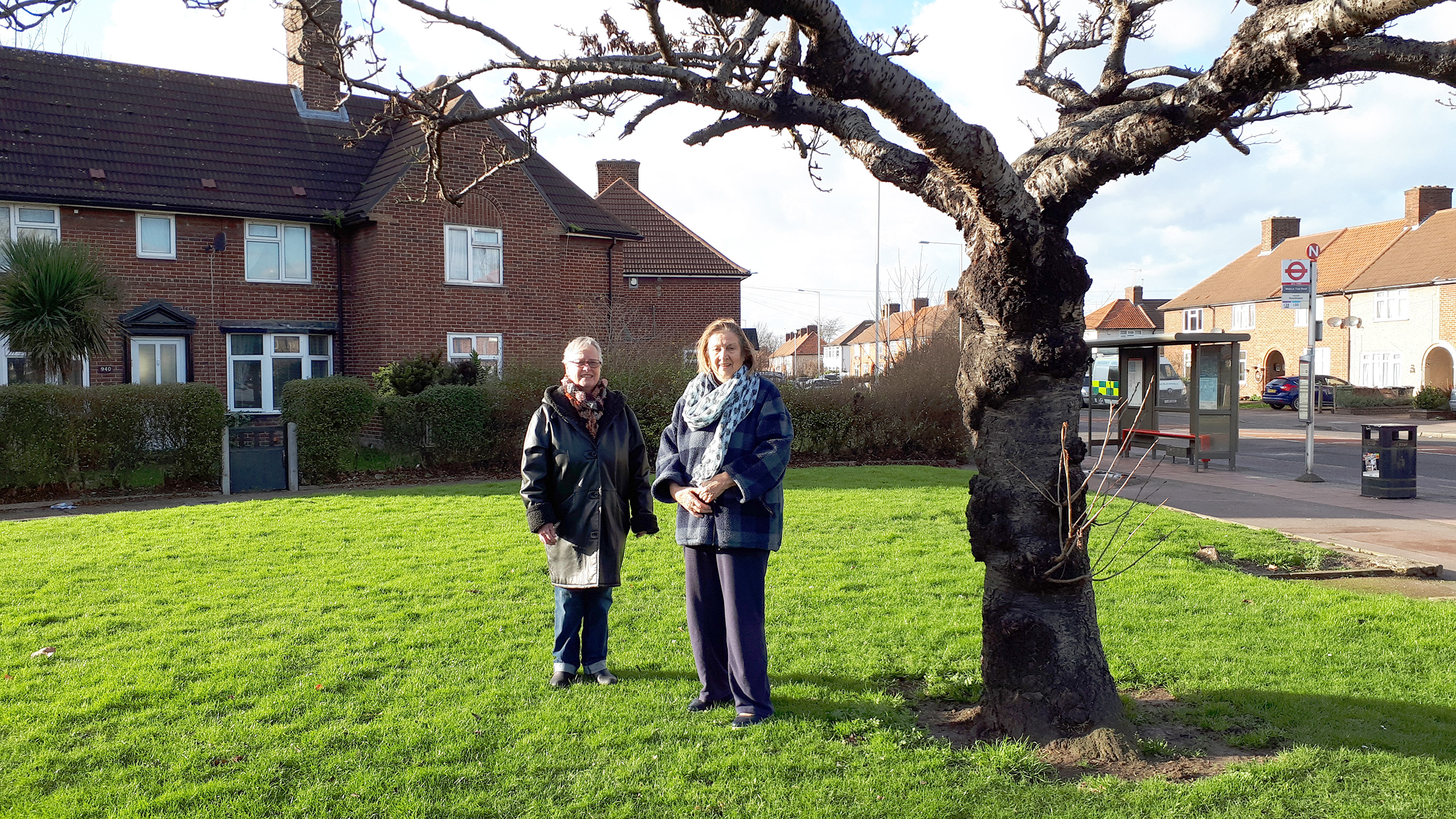 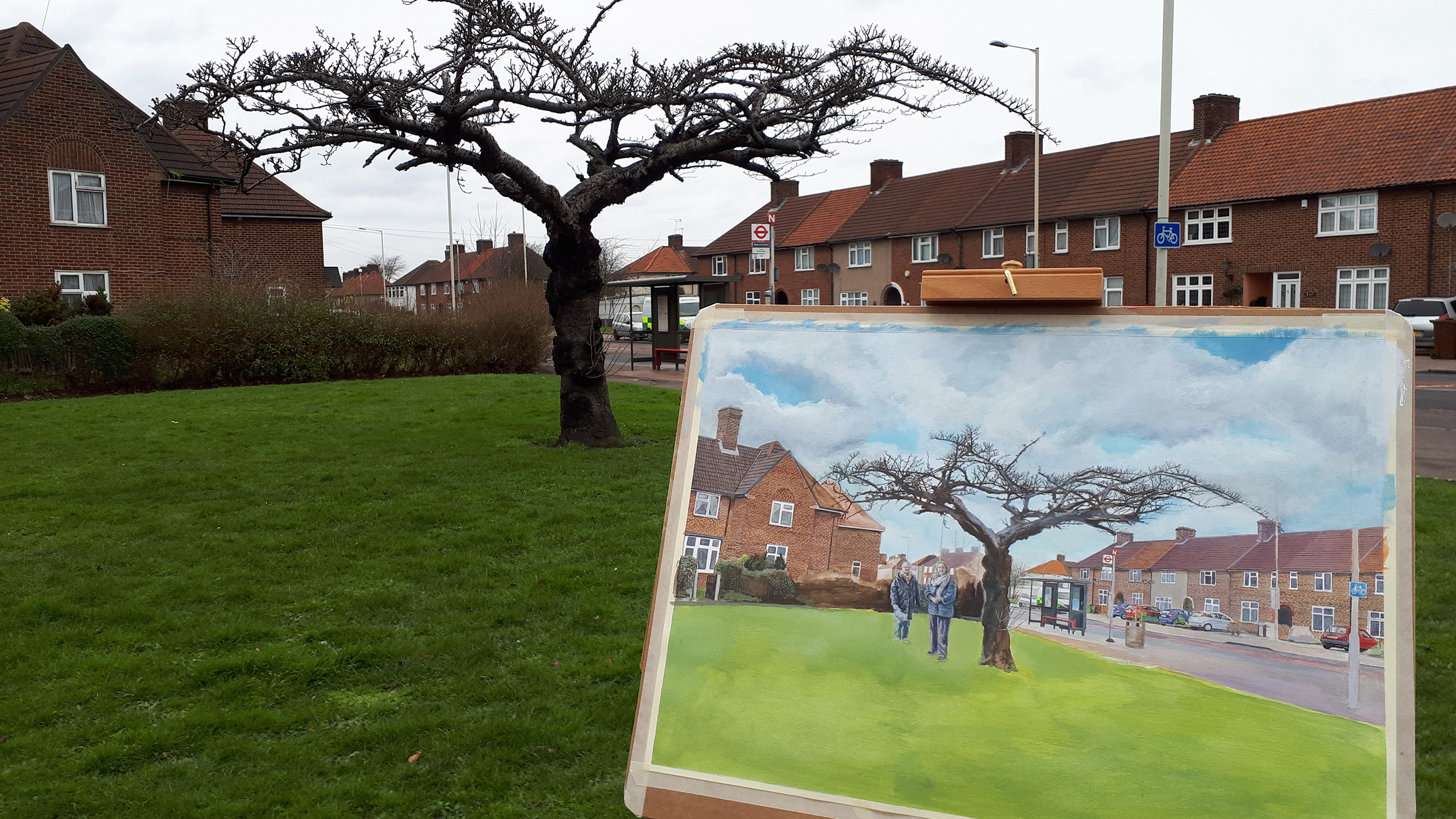 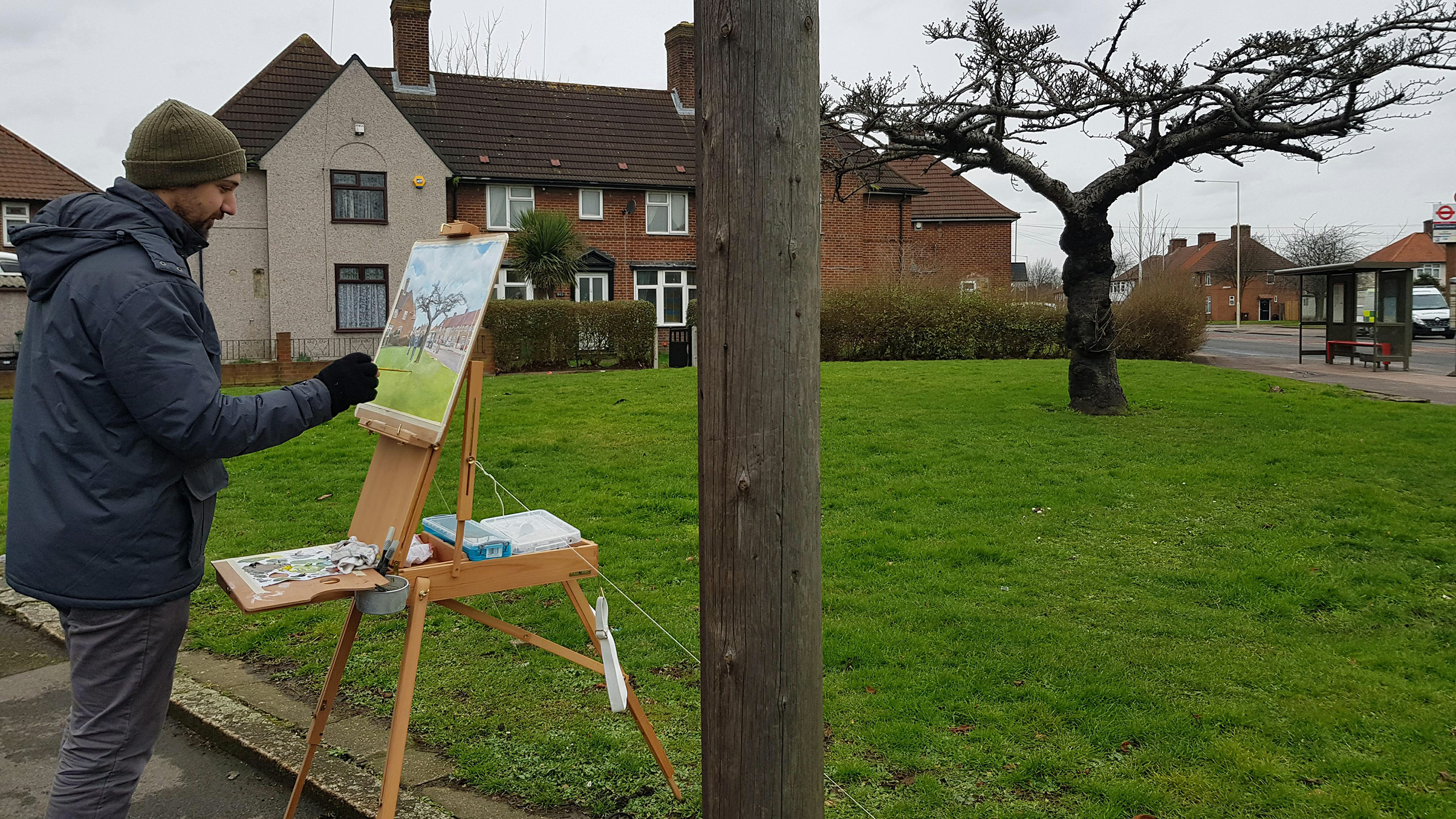 The outdoor paintings sessions were a way to get in contact with the residents of the former Becontree Estate. Through their own curiosity people got involved in the project. The medium of painting is a reference to the artists of the ‘arts and craft movement’ that helped to promote Ebenezer Howard’s idea of the Garden Cities at the beginning of the 20th century. These artists painted idyllic paintings (en plein air) of the British country side and of the first garden cities. These images became influential in the popularization of the new suburbs, where the best of the city would be combined with the best of the countryside. Garden Cities would liberate people from the overcrowded and polluted city centers. The Becontree Estate was not a new garden city, like letchworth and Welwyn, but many elements were copied, one of which was the focus on ecological structures, green corners, gardens, etc.

During the numerous painting sessions people didn’t ignore me, on the contrary. They would stop their cars in the middle of the road to see what I was painting. I had a young guy approach me while his car was left in the middle of the street, with a running engine and music still playing, others would just simply roll down their window to shout for how much I would sell the painting. Children would run towards me shouting “An artist, there is an artist!”. Or people would stand beside me silently, looking over my shoulder. Others would take selfies with me, post Instagram stories or offer me a cup of tea. I had a boy come up to me with a folder filled with his own drawings and an older lady who had gone back home to bring me a framed painting that her daughter had made before she had chosen not to become an artist and study medicine instead. I had a realtor approaching me if I could paint the houses he had sold or another person who asked if I could paint at his wedding ceremony. Everybody approached me for different reasons but they were all amazed to see somebody taking the time to paint their ‘forgotten’ neighbourhood. Why did I choose to paint in Dagenham, they asked. Why in a neighbourhood that isn’t particularly famous for its beautiful scenery?